Im always eager to try new puzzle games, especially when they look so different from anything I’ve ever played that I’m not entirely sure what’s happening in the trailer. Bloki is one such game, and it also has portrait move going for it, so it can be played with one hand. In case you were also confused by the trailer, let me explain how it works.

Basically, you’re given a shape made up of different colored cubes and a goal in the form of floating colored diamonds. The aim of each level is to make the colored cubes hit the diamonds by growing it, deforming it, and rolling it. A simple tap on the structure will make it grow one later up from the ground. A swipe in any direction will roll it over on its side. It tests your spacial awareness, something I apparently have very little of. Still, I was enjoying it for a little while, as messing around with the shapes can be its own fun.

Unfortunately, the novelty wore off pretty soon and then I was just left with frustration at not being able to solve the puzzles. I’m sure there’s some folks out there who will be better at it than I am and enjoy it more, but the linear progression combined with a lack of guidance made me give up pretty early on. I’m usually not a proponent of move counters in games, but this is one instance where I think it might have helped. If I’d known whether a puzzle needed five moves or fifteen moves to solve, I’d have somewhere to start. But without that knowledge, I felt like I had too much freedom and could have just grown my block to fill the whole map in the hope it will hit the diamonds just right. 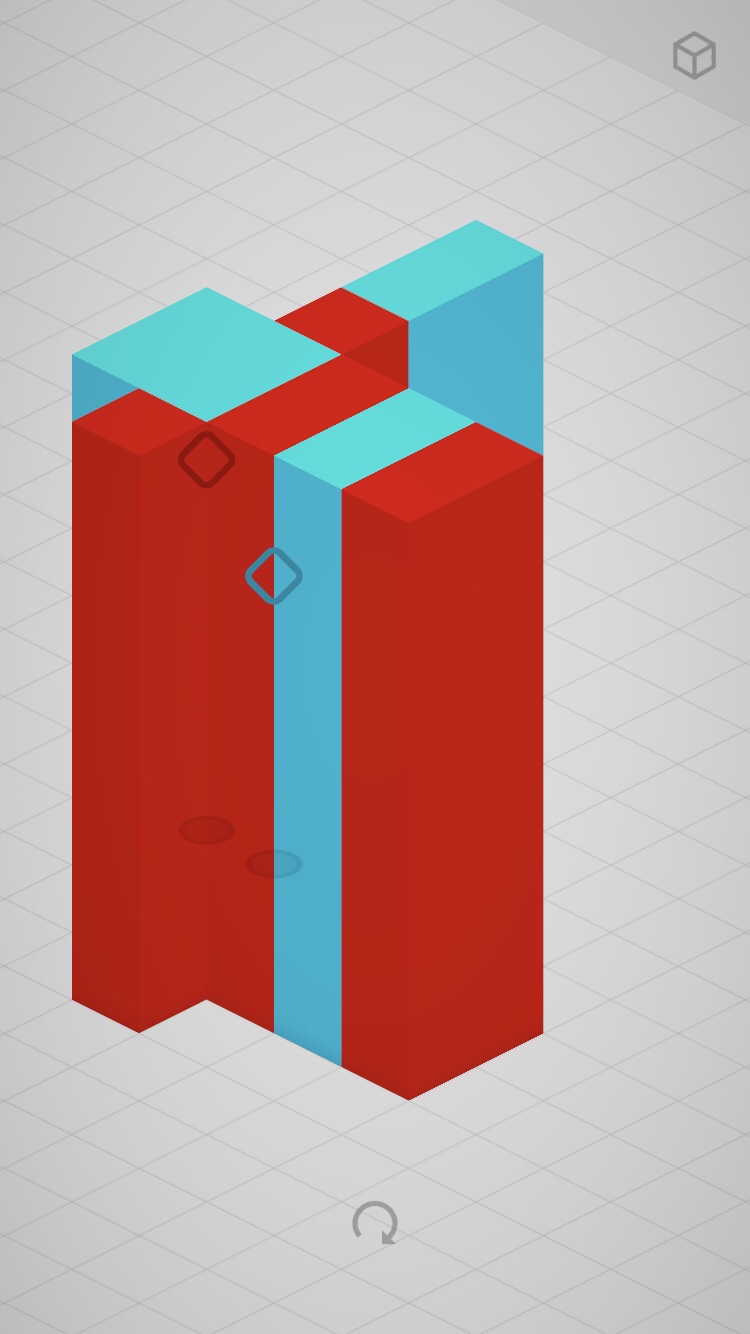 I understand that the developers wanted it to be a relaxing experience with no right answers, but unfortunately it did not have that effect on me. Perhaps it would have if it had a less linear progression so I could see what other mechanics are in store before giving up. But I can only take so much aimlessly tapping and swiping before I give up and move on to something else. I got a little past the point when the video above ends and then threw in the towel. Maybe I’ll come back to it just to mess around or if it gets some update to make it less freestyle. But for now, I’m afraid that’s it for me. It’s only $0.99, though, so if it looks like something you’d enjoy, you can download it here.