Eteru Studio’s Hostil is a short little point-and-click adventure game for PC, Android and iPad. It has lovely artwork and won’t take too long to finish, but there are a few trickier spots, so I’m going to try and help you out with my step-by-step walkthrough guide. Feel free to ask for extra help in the comments section.

You can watch my walkthrough video here or continue below for my step-by-step guide.

1. Tap your character to wake him up. Keep tapping him a few more times. Then, take the cable from the ship and a piece from the rubble. Tap on the ship’s control panel until you can view it. Remove the two loose pieces and turn the dial to shut off the engines. 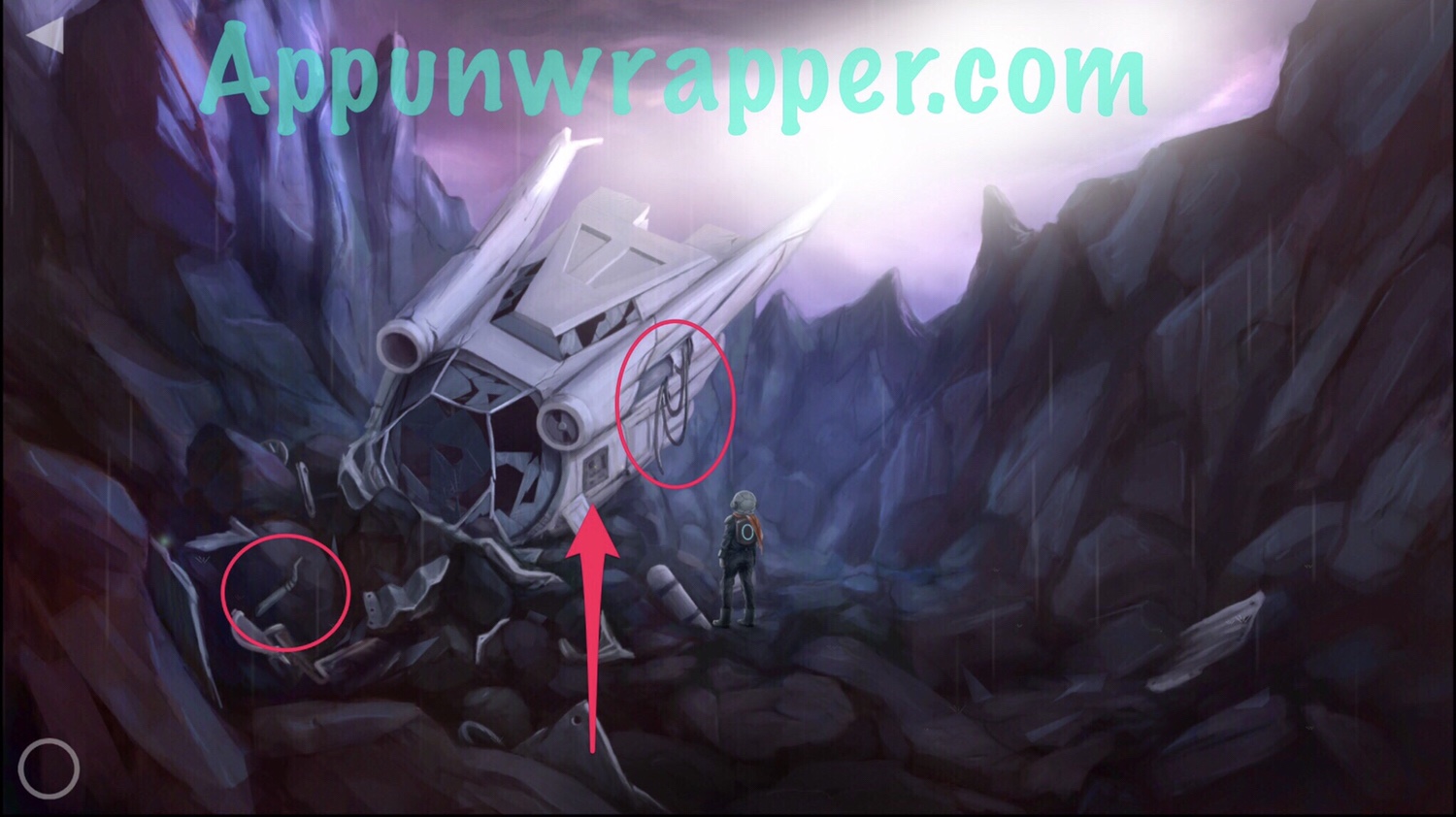 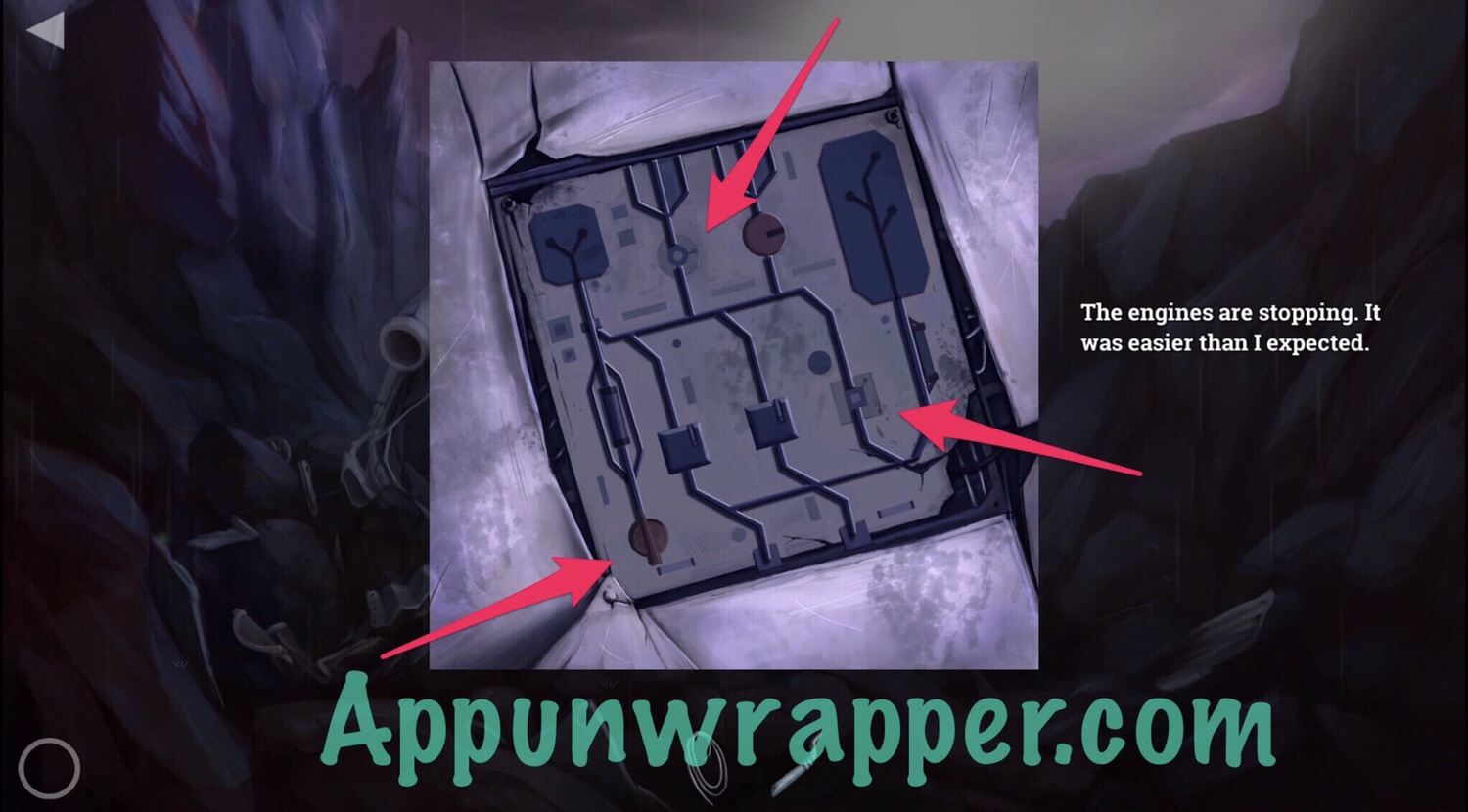 2. Use the piece of debris to break through the glass of the ship. Then go inside and take the hook and spare battery. Use the controls to restore emergency power to the ship and try to send a message. It won’t work because the antenna was destroyed. You can also listen to the black box message. Leave the ship.

3. Use the spare battery on your suit to charge it up. Then head right,

5. Look inside the cave and grab the crystal. Also, there’s a secret in here if you tap deep into the cave. Then leave.

6. Head right. Tap on the orange glow to find a secret. Tap all the hot spots and try to get closer. The lightning will get worse, so use the antenna as a lighting rod.

7. Zoom in on the cliff face. Attach the hook and then attach the cable and climb down.

8. Pick up the two carved stone pieces and then get the pink fruit from the plant and the green stamen from the other plant. There’s also a secret in the center of the room.

9. Zoom in on the engraving and drag the two stone carvings to it. It’s an alien symbol!

10. Continue right. There’s a creature here! There’s also a secret by the stone archway. Use the stamen to help the alien climb out.

11. Drop the fruit in the gap and it will explode. You created a bridge! Cross to the other side and then use the crystal on the creature. It will sing! Head right.

12. Tap on each of the openings here. One of them is a secret, but a creature will come out of each of the others and give you a sort of vial. Fill each one up with fire, earth, and stardust. Then give the vials back to the creatures you got them from.

13. Talk to the original creature again and he’ll give you a laser gun he found! Head right.

14. Find the key card off the the left. Then head inside the dome and use the key to open the closet. Take the hazmat suit. Also, use the charging cable to charge the laser gun. Leave the dome and head towards the glow.

15. Use the crystal on the energy above. Then, tap on the debris to the right blocking your way. Use the gun to break it up and continue right.

16. Pick up the fuel cylinder. Add the fuel to the ship. Disconnect the maintenance wires and grab the electronic circuitry from the device what was attached to it. Head inside the ship and insert the electronic circuitry. Turn on the control panel and start the ship. Oh no! It’s about to explode! Tap on your character and then on the cave to the right to get out of there.

17. Tap on your character a few times and then try to pick up the hazmat suit. You can’t, but use the crystal on yourself and it will start singing. The glowing being will return and you can talk to it.

18. Pick up the stone tablet to the right. There’s something hidden on the wall. It’s some sort of hieroglyphs. Place the tablet in the empty spot. You now have to tap on the symbols in the right order to tell a story. It goes in the order shown below. It should then say, “A human being?” 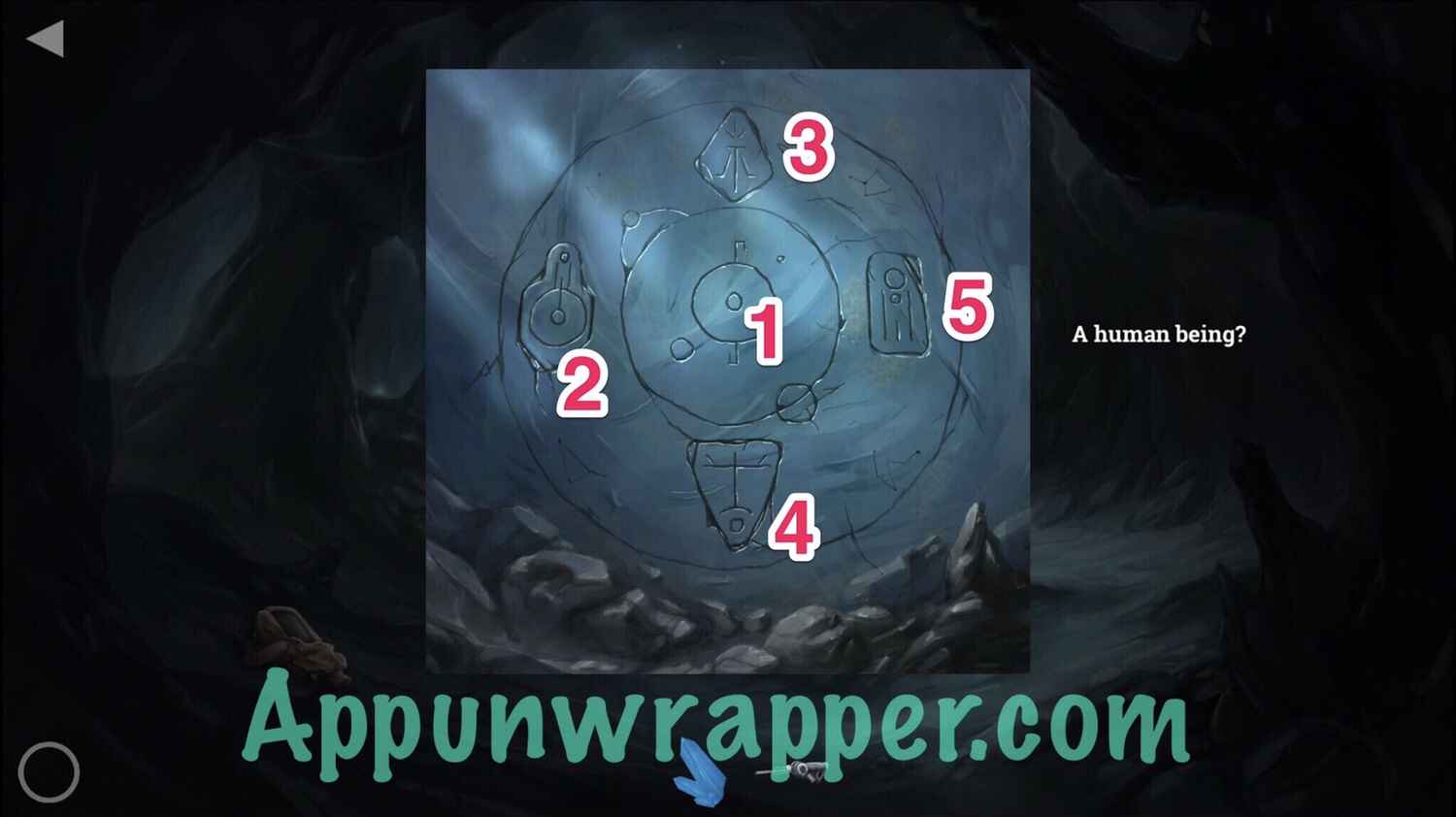 19. Talk to the glowing being again and then follow it to the right. There’s a secret here in the glowing area above. Use the crystal on yourself to hear a tune. If you’re not so musically inclined, you can do it a few more times and the game will tell you the order to ring the crystals. It goes: 1, 3, 5, 5. Tsp then in that order and then continue through.

20. Tap on the magma below for another secret. Use the crystal on the big core in front of you. It will play a thunderous melody. Repeat the sequence by tapping the crystals in this order: 5, 3, 1.

21. Use the laser gun on your character to charge it and then use the laser on the drill. Tap on the core a few times to reach the end!