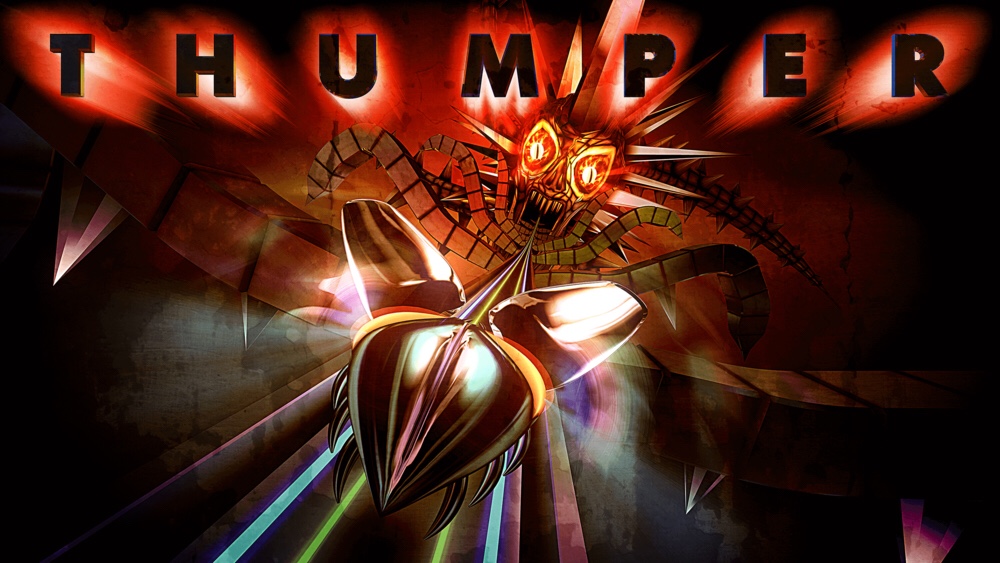 I had heard great things about Drool’s fast-paced “rhythm violence game,” Thumper, ever since it released on consoles. I loved the look of it, but it looked like it would just make me ragequit five minutes in. So when it finally made its way to iOS, I decided to pass on it, especially since I heard that it utilizes tilt controls, which I’ve never been able to accurately manage. But I’ve still been curious all this time, so I decided to jump on it when it went on sale this week for $2.99. Yeah, I know it’s only a savings of two bucks, but somehow I feel less bothered when I throw out $1-3 on a game I didn’t like than $5 or more. Anyway, I’m enjoying it a lot more than I anticipated and wanted to write up some thoughts.

First, let’s talk a little about what Thumper is. On iOS, you can play in either portrait or landscape mode. It lacks iCloud sync, unfortunately, so I tried it on both my iPad and iPhone before deciding to stick with my iPhone. I think my iPad allowed me to use more than one finger, potentially reacting faster. But it just feels so much better to play with my device cradled in my hand, just swiping and tapping my thumb. Thumper is basically a rhythm game but there are visual cues for those — like me — who aren’t very good at rhythm games. So it becomes more of a fast reaction game, similar to other auto-runners, where you see something coming up and have to tap or swipe at the right moment. You play as a metallic beetle speeding along a track. As you come in contact with little lights below you, you’re supposed to tap at the right moment to increase your score. Soon, you start to encounter walls which will harm you if you crash into them. To avoid doing so, you need to swipe left or right to slide along the wall. If you miss, your beetle has a layer of armor, so he can take one hit without dying. But if you don’t restore that armor before crashing again, you’ll die and have to start over from the last checkpoint. 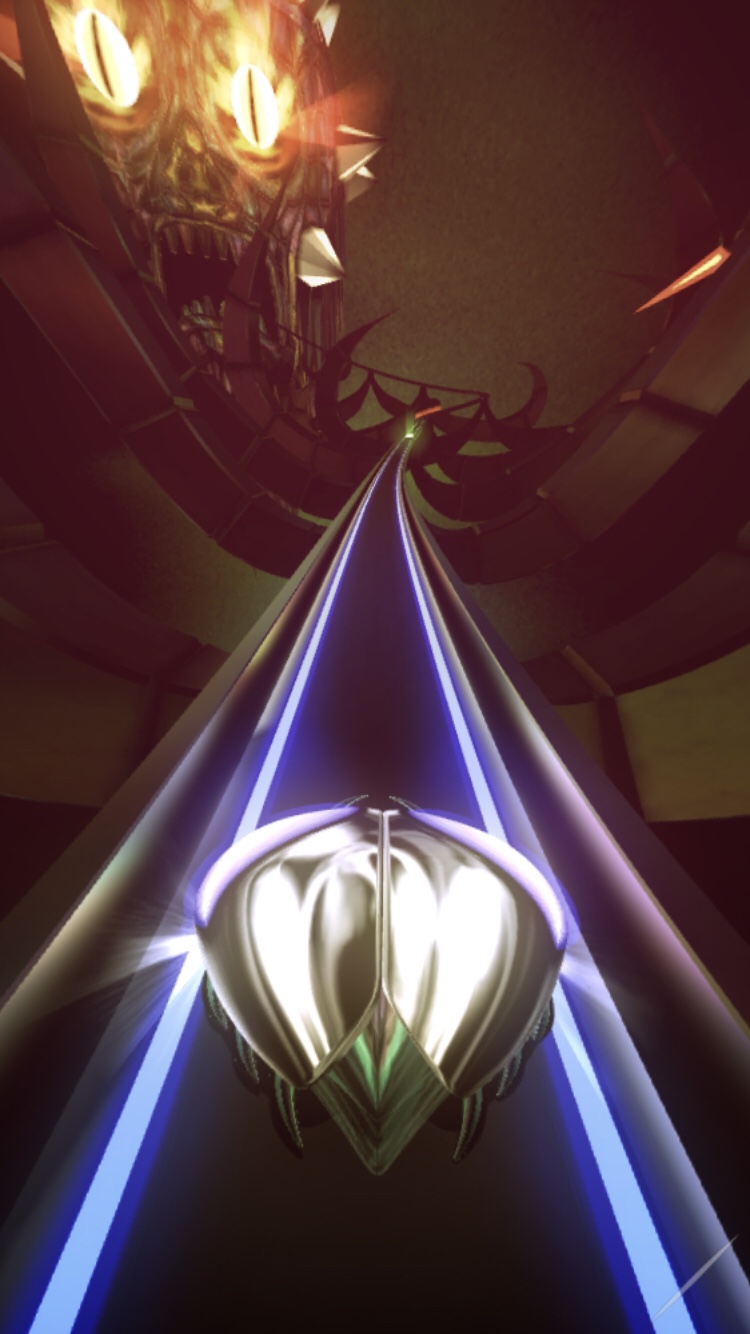 More obstacles are added as you progress, adding new controls to the mix. For the most part, it works well with touchscreen controls, but can feel a bit overwhelming at times when you have to tap, swipe left, right or up in quick succession. The boss battles act a little differently in that you need to follow a pattern flawlessly and then hit the boss with a projectile. If you miss the projectile, you have to start the whole sequence again before getting another chance at it. You usually need to hit the boss three times or more to defeat them. And the final sequence is usually faster and a lot more convoluted than the earlier ones. I’ve died many times on the last round with a boss, but have always brushed myself off and gotten back on the horse. 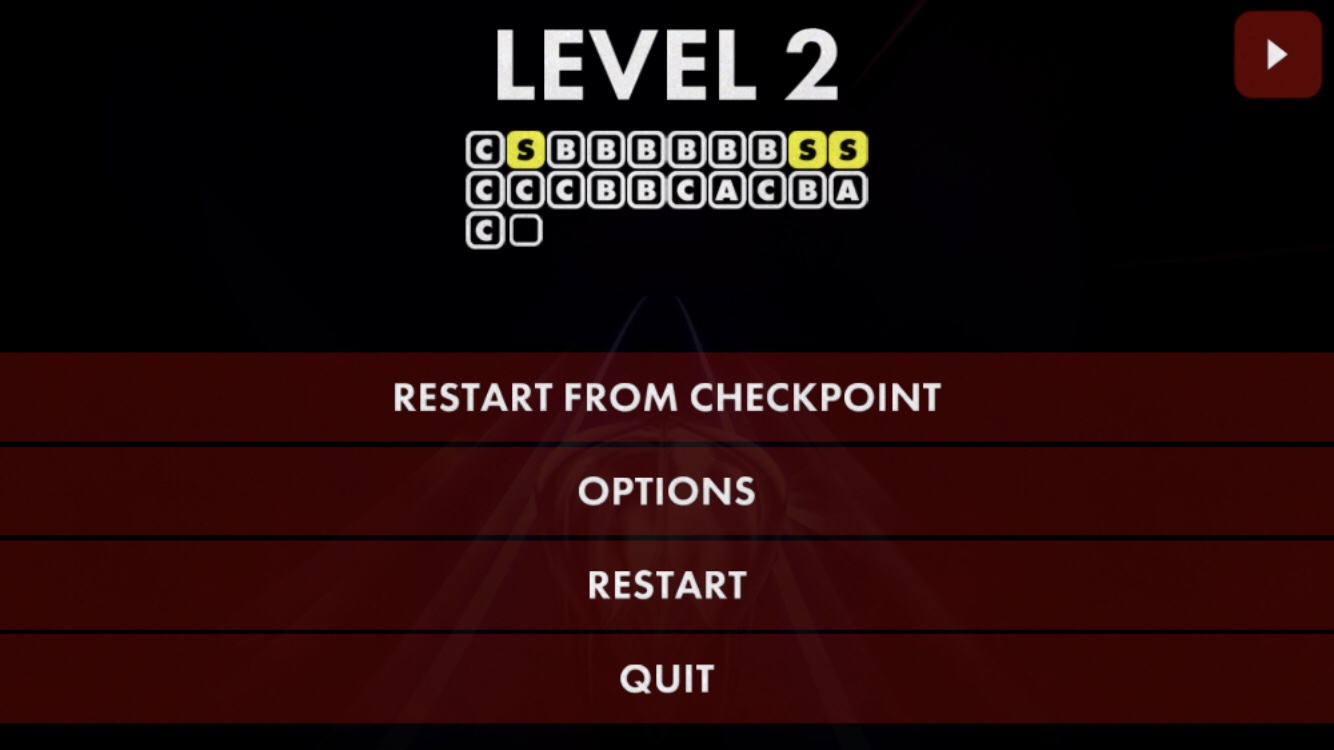 One thing that has kept me going so far is that each level is broken up into fairly small chunks called “checkpoints.” So even if you manage to crash twice and die, you’re not replaying a huge section. Each stage goes by pretty quickly, though the boss battles give me the most trouble and can feel pretty grueling. My thumb hurts from the game. But I haven’t given up yet. Last night, when I hit my breaking point, I just put it away and picked it back up this morning. And I made some more progress. I was feeling good about it. I was making progress and didn’t feel pressured to perform perfectly. I could just have fun. Or so I thought.

That was before I decided I wanted to go back and replay some stages from the second level on my iPhone both to try and improve my scores and also show off some video. But I realized then that I could only restart the current stage. To replay any older stages, I would have to restart the entire level and lose all my progress. What?! This is really puzzling. I don’t see any meaningful difference between playing a section over and over until you get a score you’re happy with and moving on, versus moving on and then going back to work on the scores you’re not happy with. It takes the same amount of effort. It’s just that staying on the same section and playing it ad nauseam so you don’t get stuck with a bad score is tedious. Is that the goal here? To make playing the game tedious for those who want to do better? 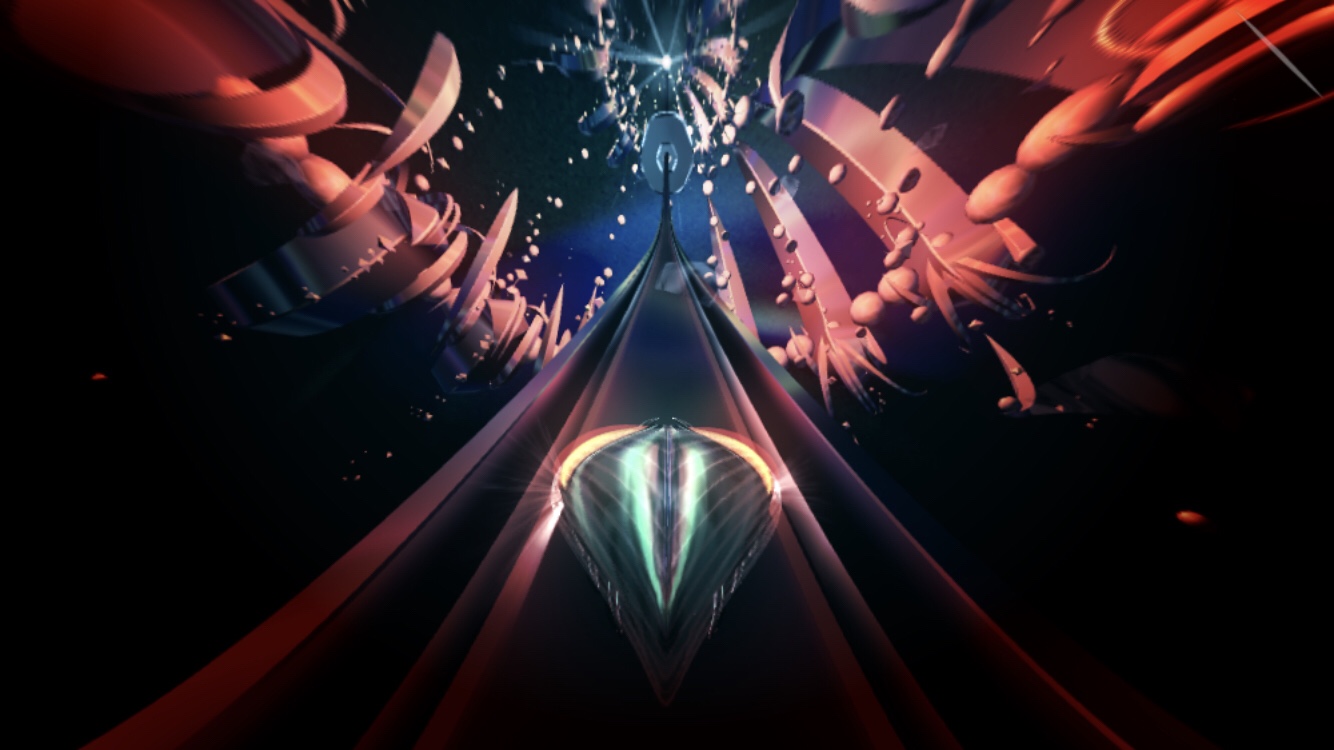 Not only that, but the game feels designed to keep pushing forward, not dwell on the fact that I got a bad score I want to improve. In fact, I often don’t have time to even look at my score because the next stage starts as it pops up on the screen. That would be fine and dandy if I could go back at any time and improve my score. But why should I kill the momentum and go backwards instead of forward? This setup seems to designed only for the most hardcore among us. I don’t see why, if the game already allows you to replay a checkpoint as much as you want, it can’t go a step further and be more accessible. Allow those who don’t have endless hours to spend on the game still have the opportunity to practice and improve at their own pace. Who loses out this way? If more hardcore players need something to prove themselves with, have a no-checkpoint mode where the game ends if you die. But I don’t see what the current setup proves to anyone. 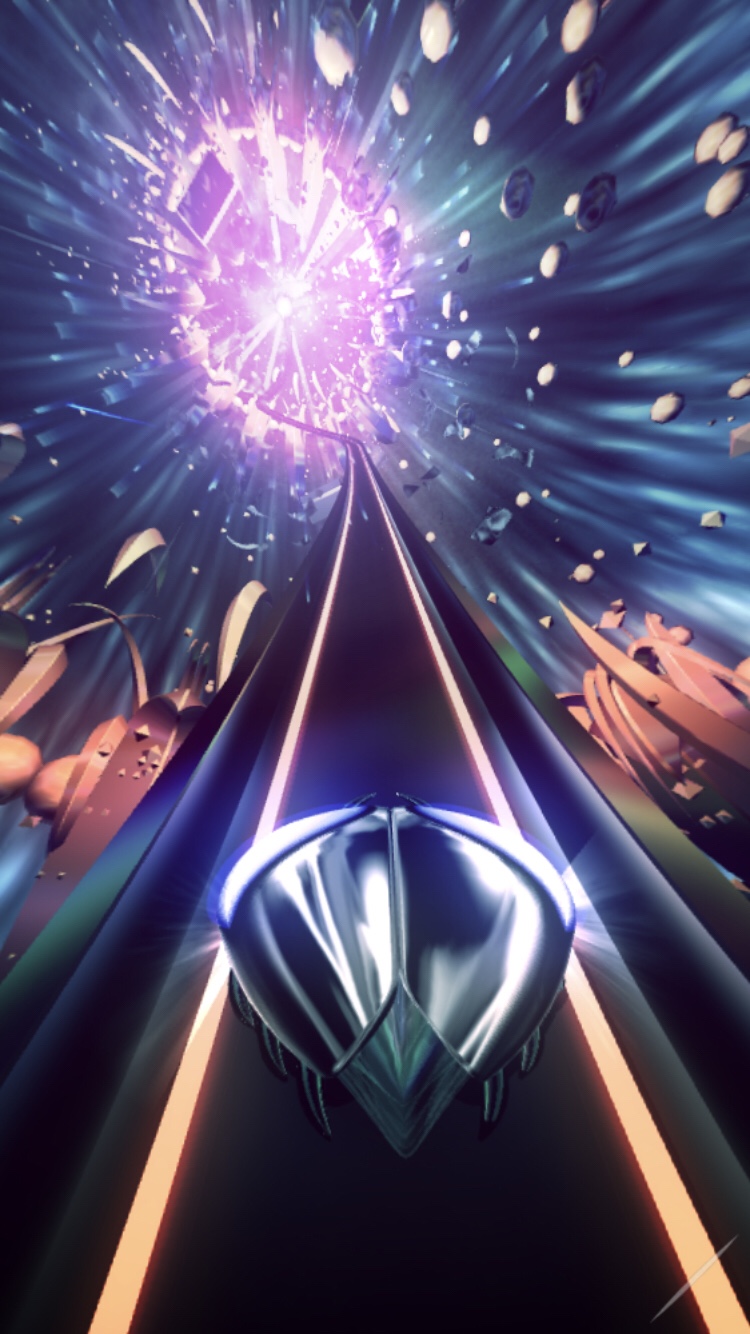 I’m still enjoying the game and will try to get as far as I can, but I’d be lying if I said this one design decision didn’t sour the experience for me. In its current state, I can’t see myself touching it once I complete it. And that’s a shame, because I know I can do better and I’d like to prove to myself I can do better. Just not in such a hyper-linear fashion. I’m enjoying the game a lot more than I expected to, and it just seems like such a small thing could make it a thousand times more enjoyable for me without taking anything away from others. I don’t know if Drool will consider it, but I just wanted to appeal to game developers as a whole here. We are in a golden age of games. I have so many in my backlog that there’s no chance of me ever catching up. I make a choice every time I download or open an app to choose one game over thirty others waiting for me. Would it be so bad to save me some time and let me enjoy your game without devoting countless hours to it until I hate it? Either way, I still think you should download Thumper for $2.99, as it’s quite a rush.