Isoland (isolated island) is a quirky point-and-click adventure for iOS, Android and PC that has already been out for a while. But I started playing the Isoland 2 first and have been enjoying it. So I decided to play the original and make a walkthrough guide for anyone who gets stuck. Feel free to ask for extra help in the comments section.

1. Look through all the screens on the projector/typewriter machine. Then follow the tutorial. Pick up the key and use it to unlock the box. Read the letter inside. Also, look at the map behind the box. There’s a spot circled. 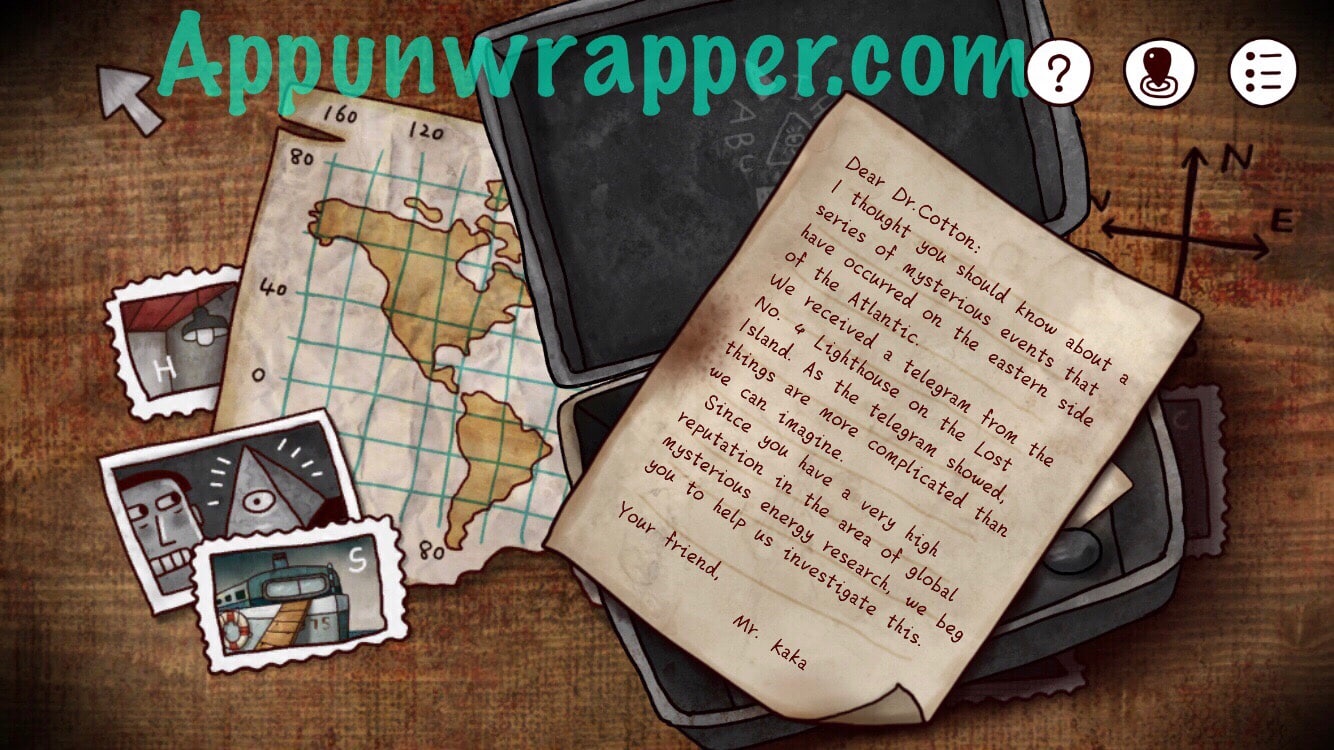 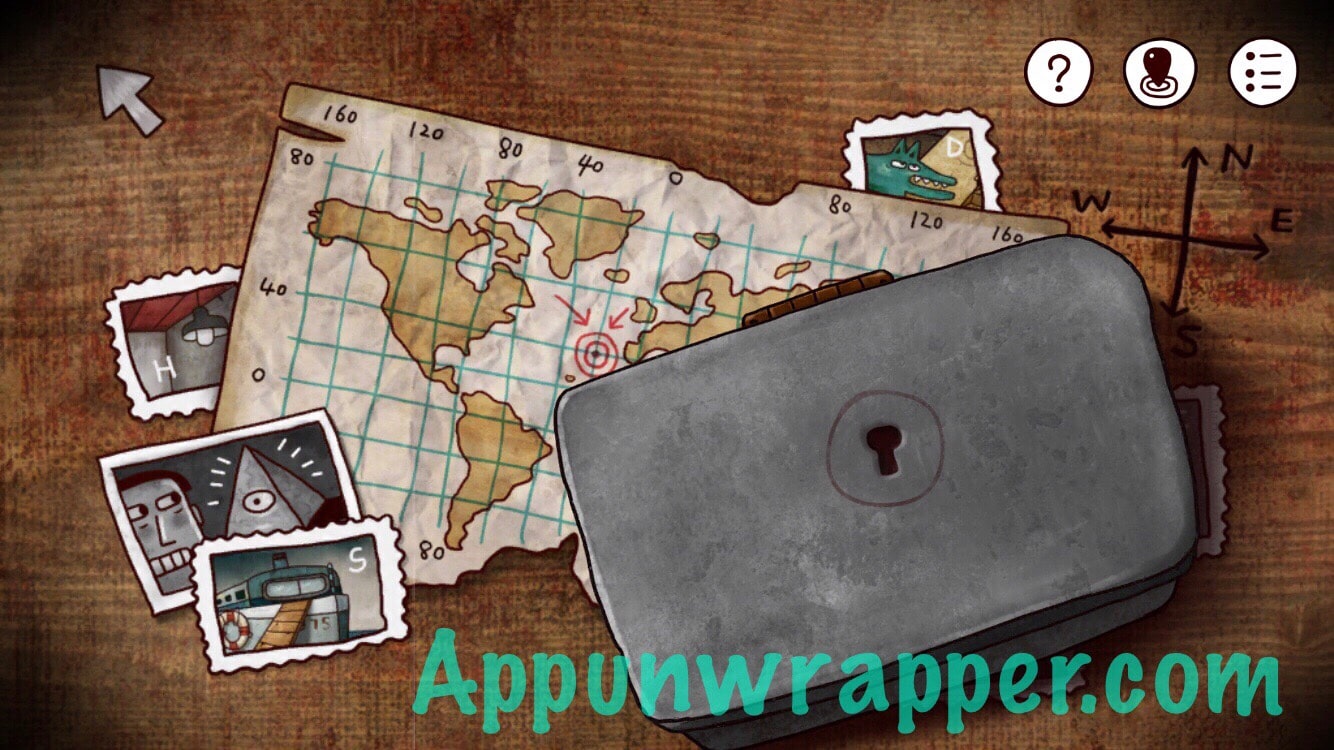 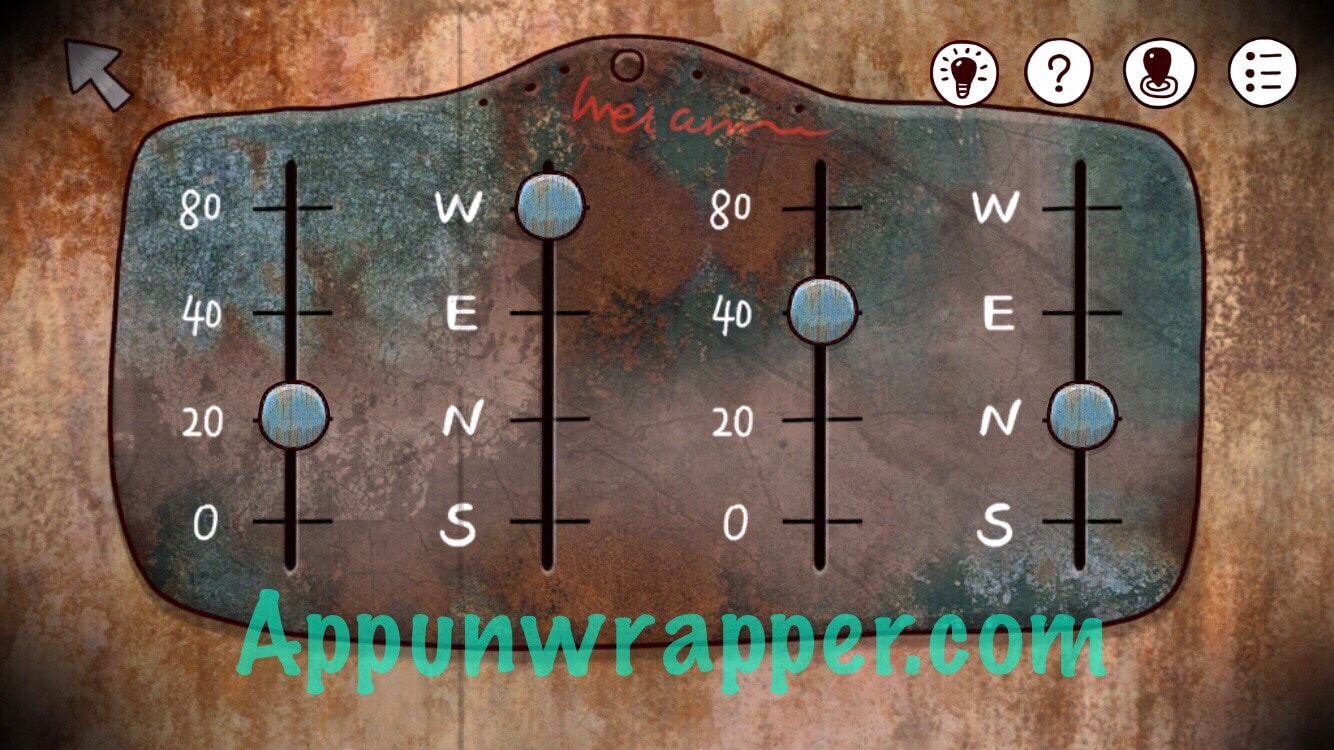 3. Go inside lighthouse 4. Notice the dots on the wall. They’re clues. Also, tap the Bush a few times to get a drawer handle. Use it on the drawer and then take the scissors. Go upstairs. 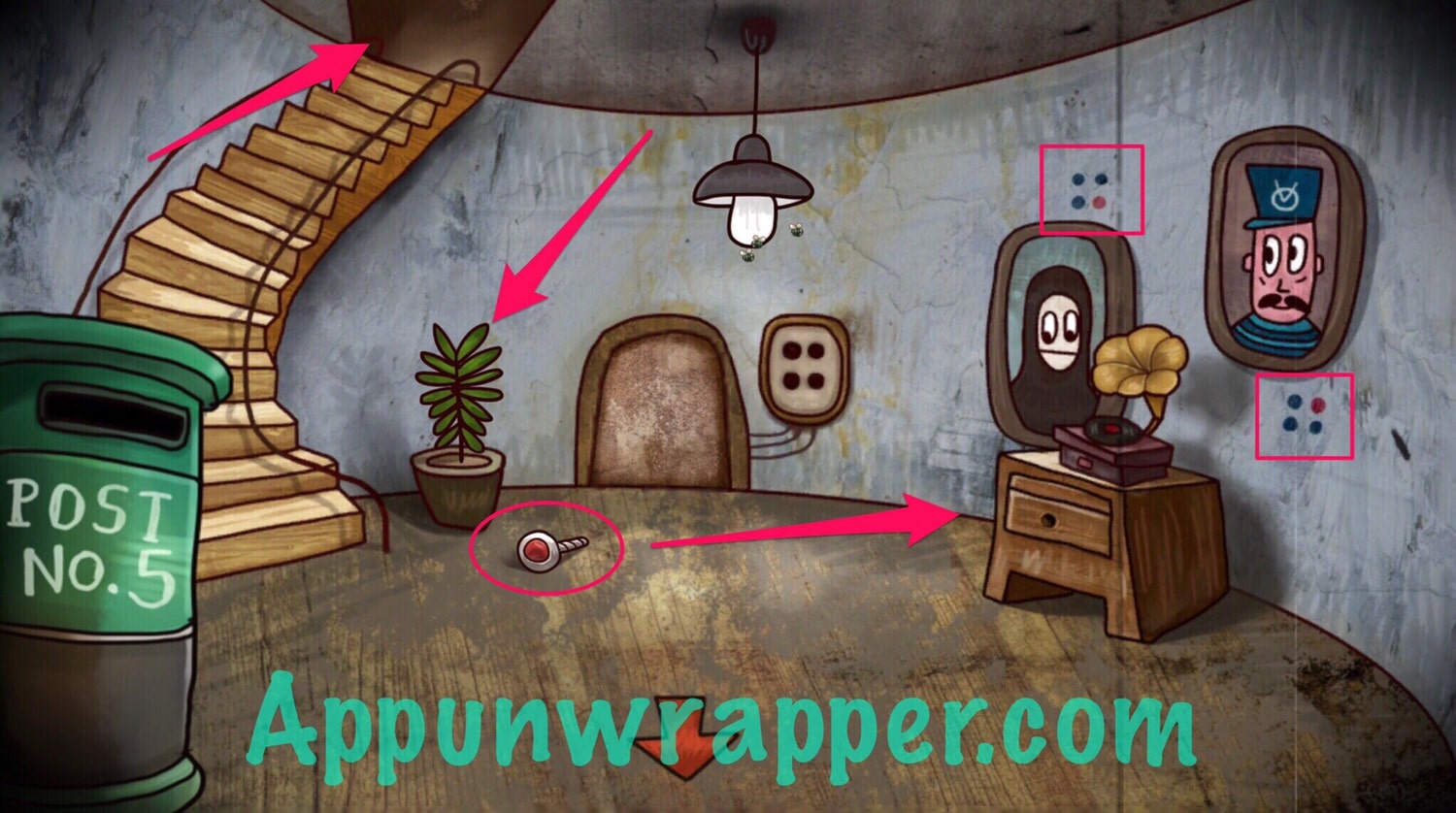 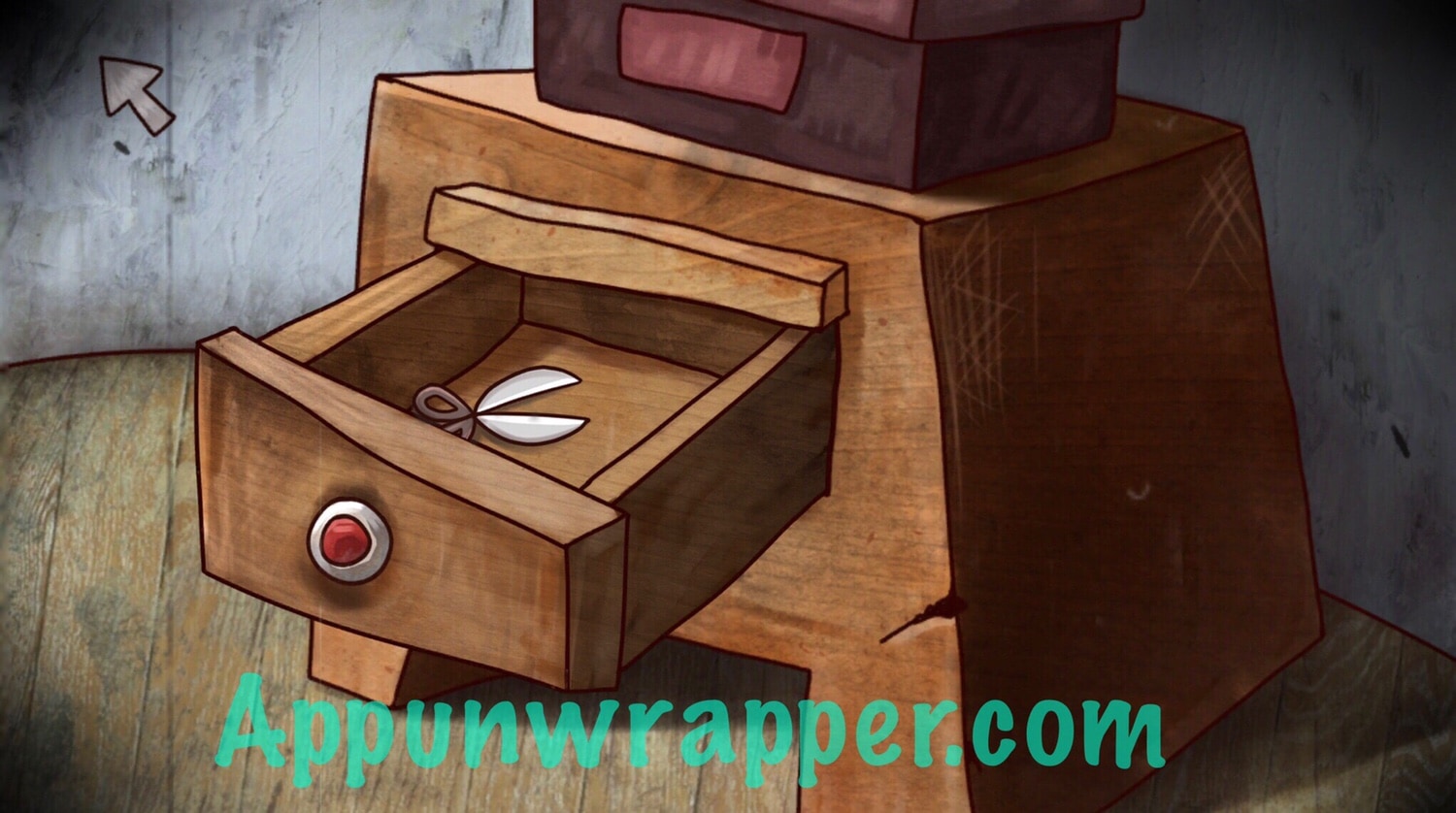 4. Find another dots clue and the clue for the door downstairs. Talk the the guy here and then climb up the ladder. 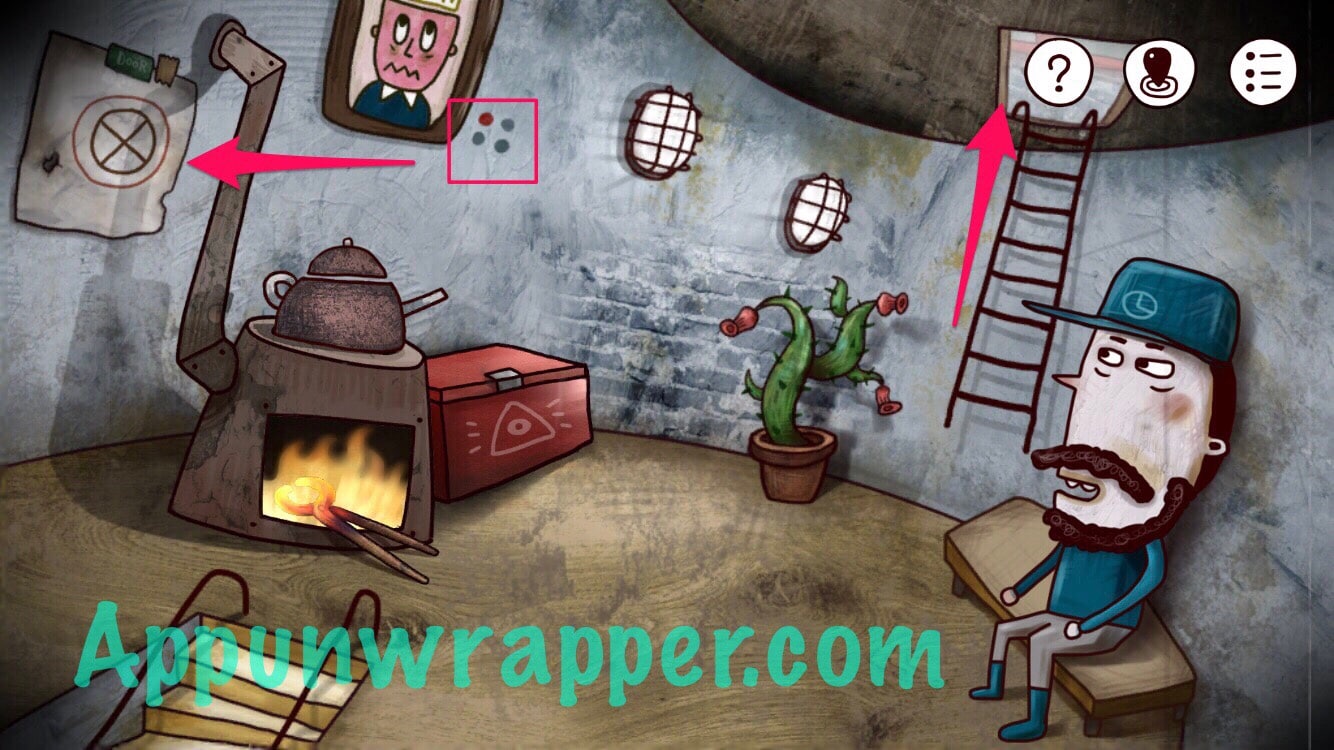 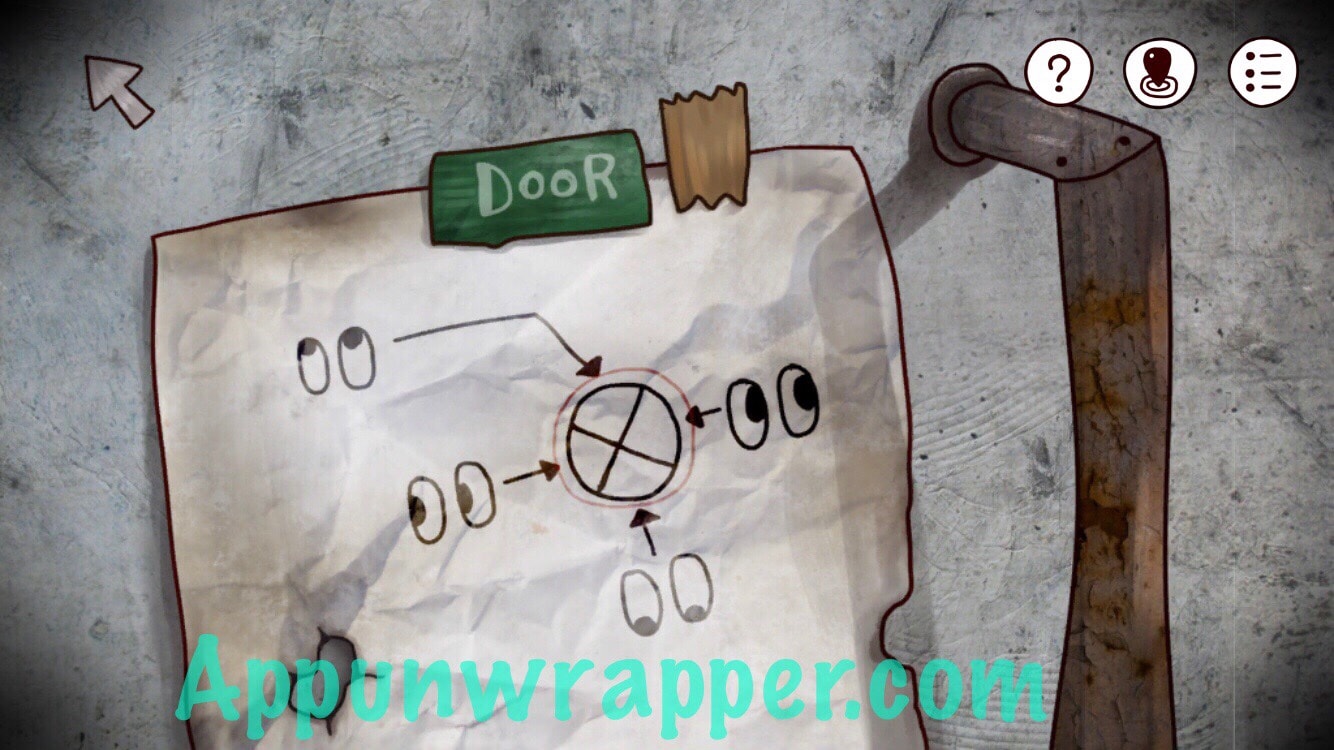 5. Get the shovel and another dots clue. You now have four and they each are next to a photo of someone looking in a certain direction. 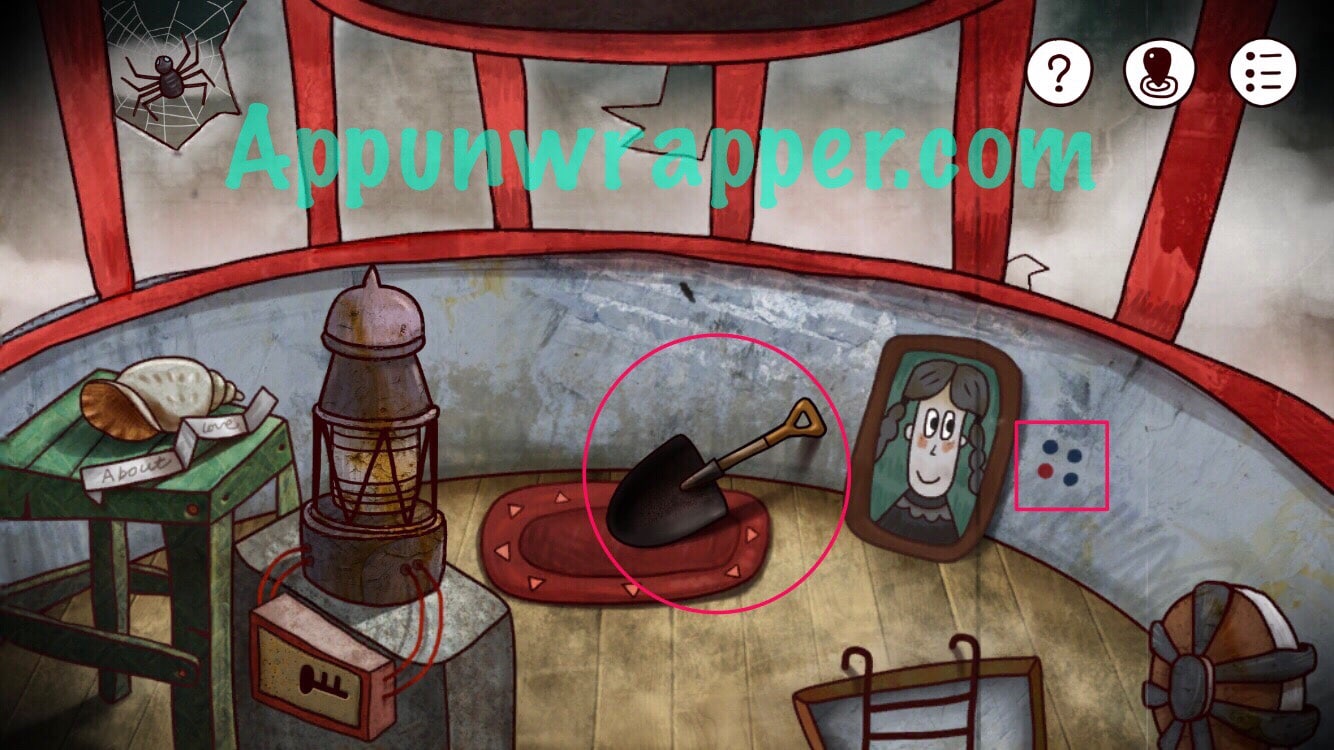 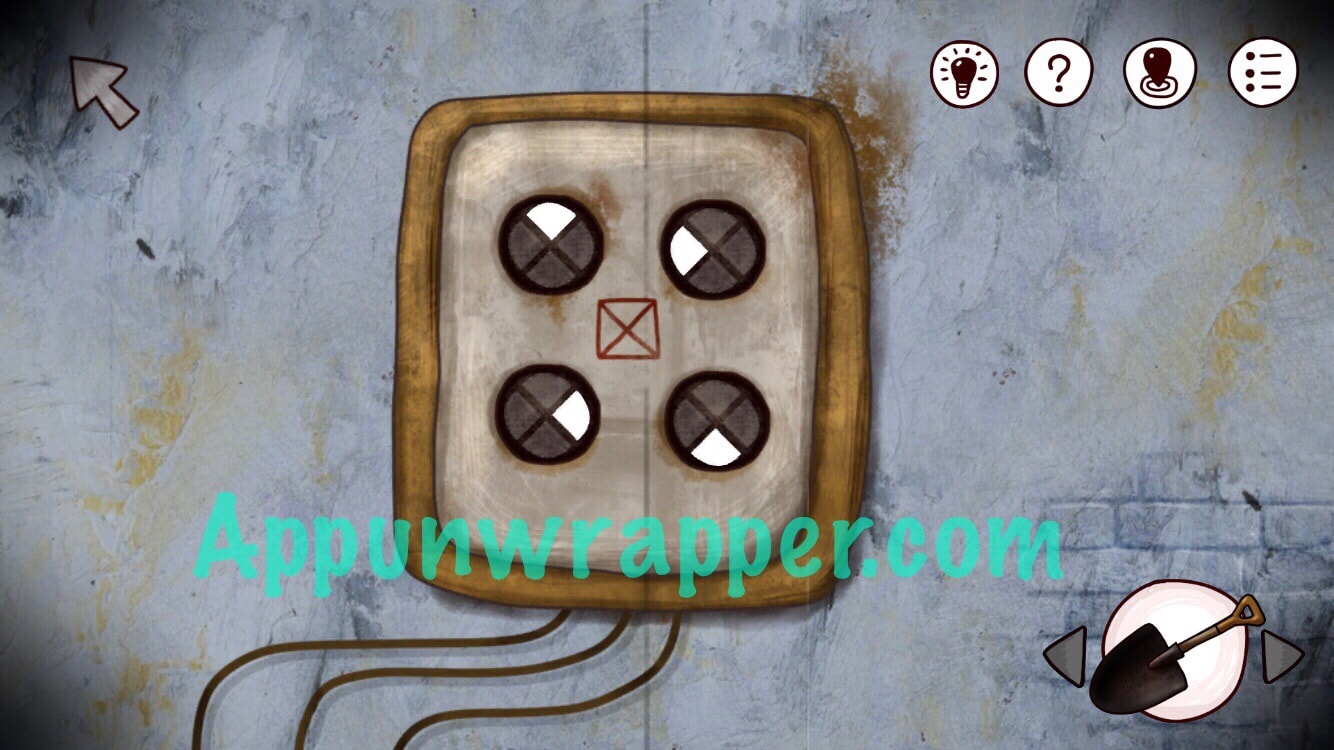 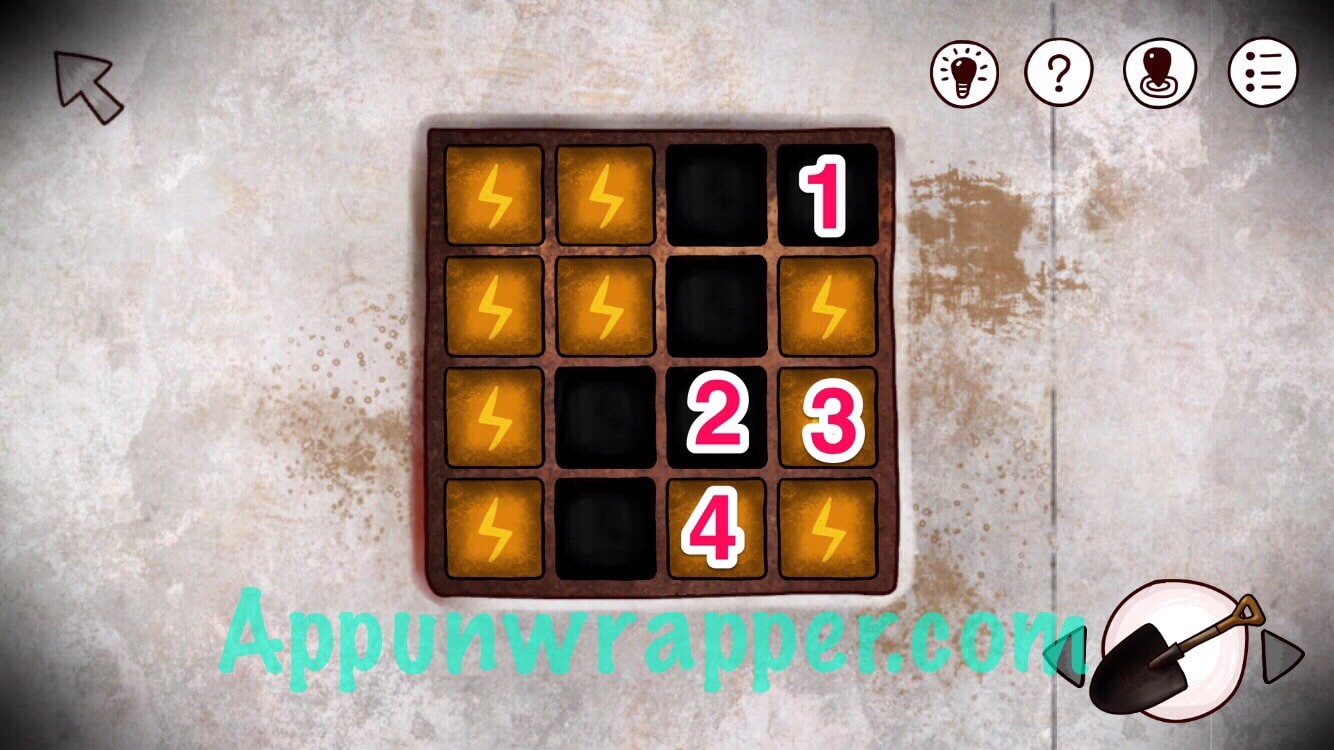 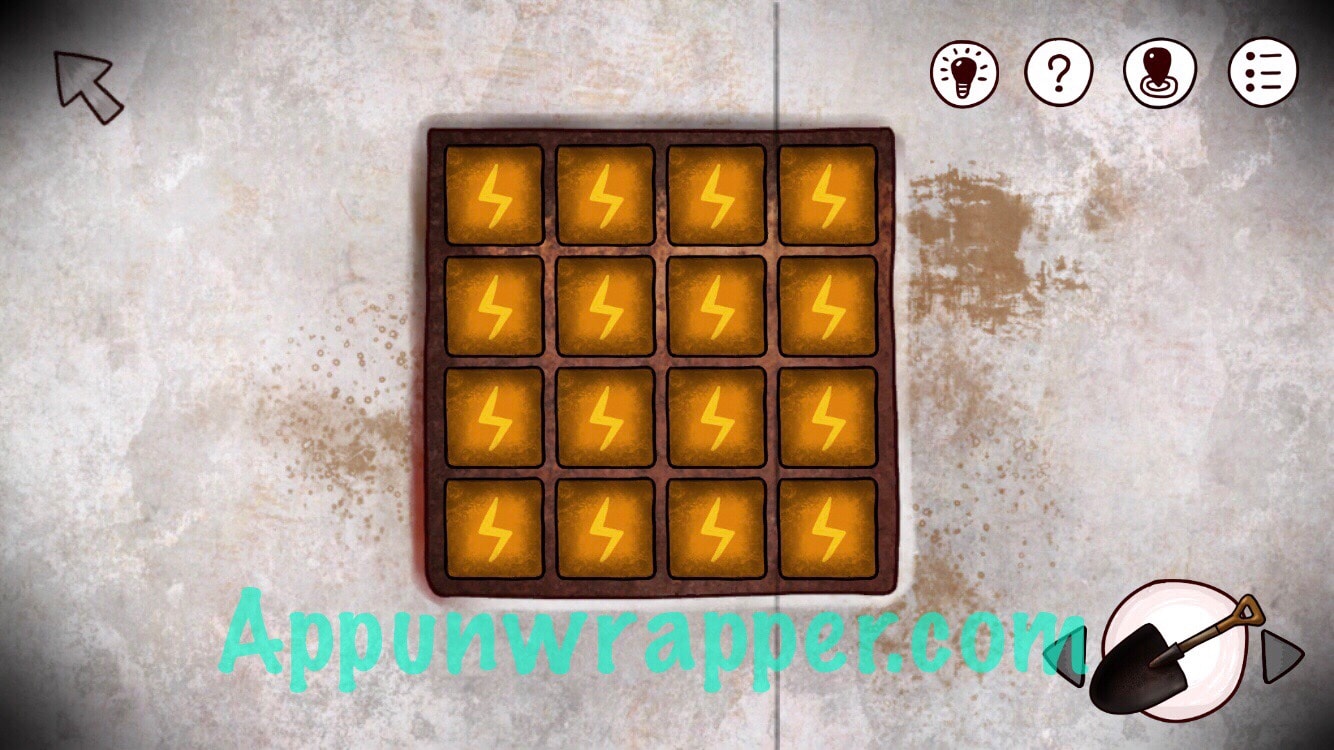 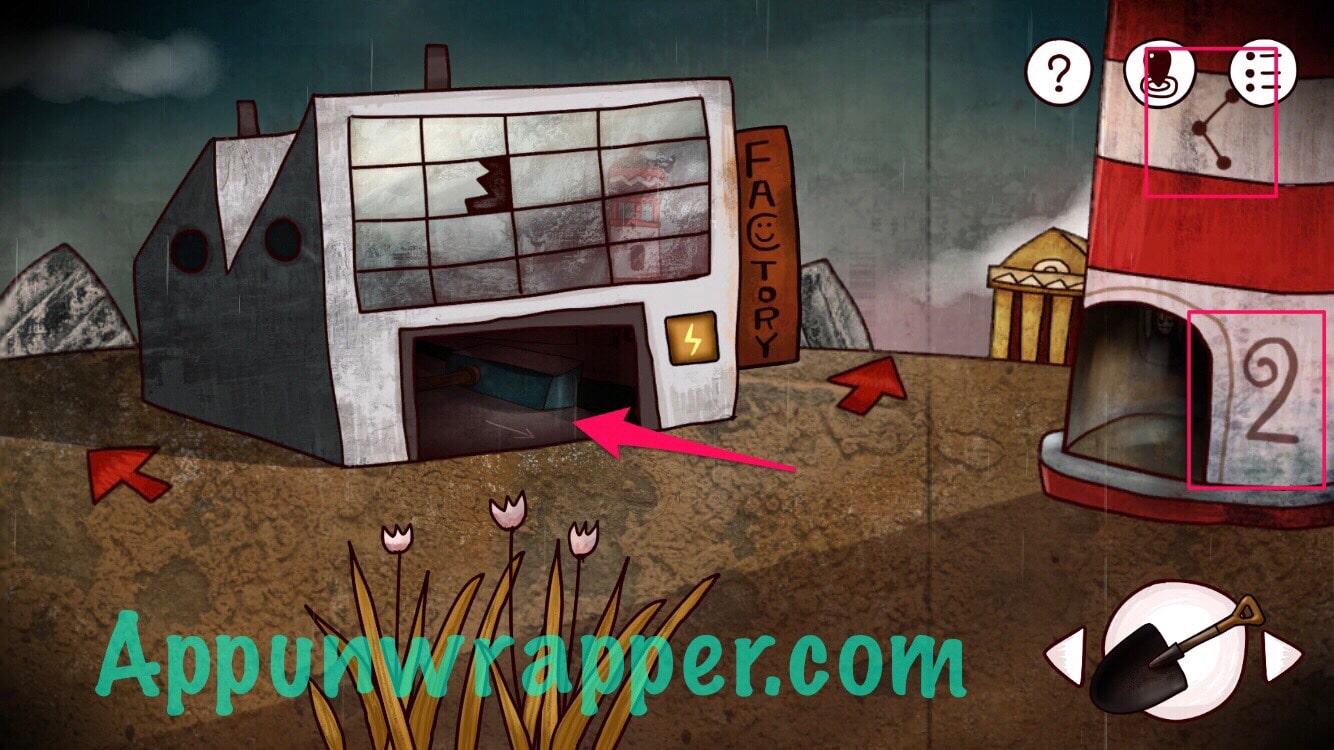 8. Pick up the iron ball and tap on the control pane by the door. You need to drag either end of the line of circles to move then around until all the blue circles are on blue squares and the red circle is on the red square. Go through the door. 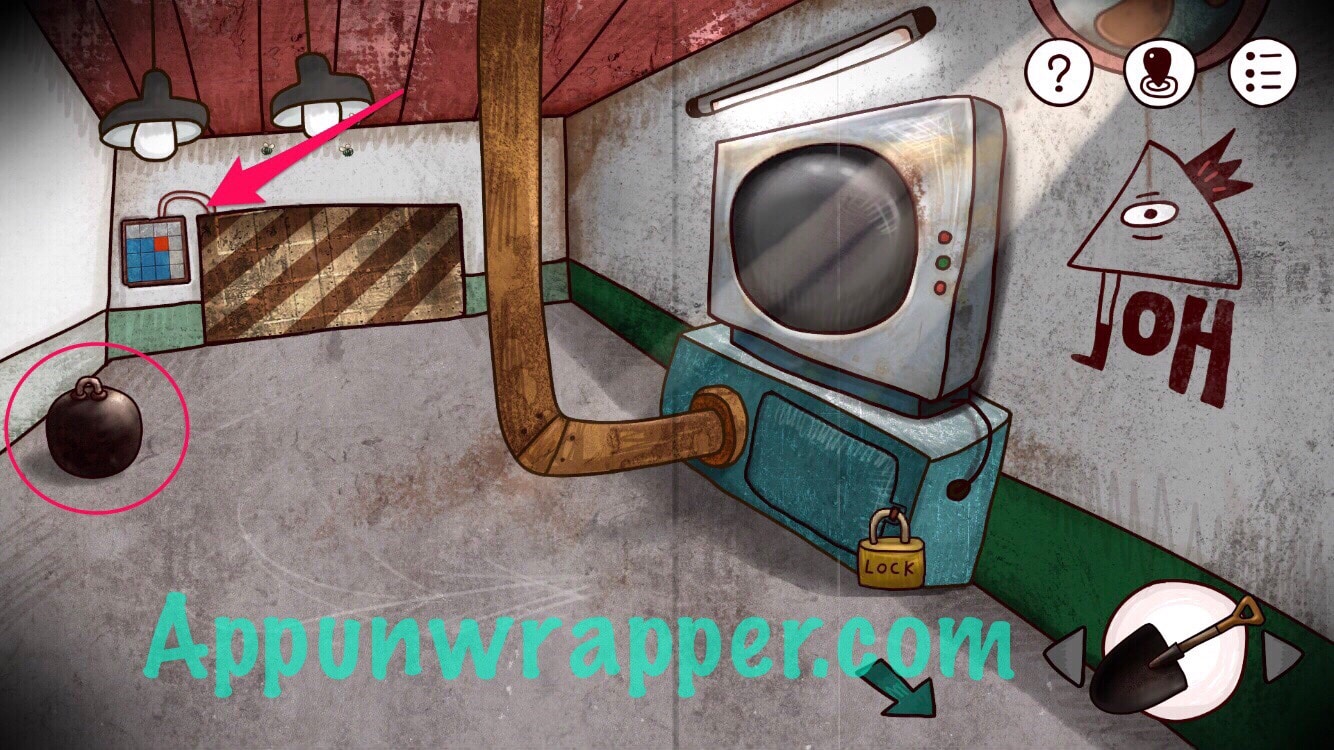 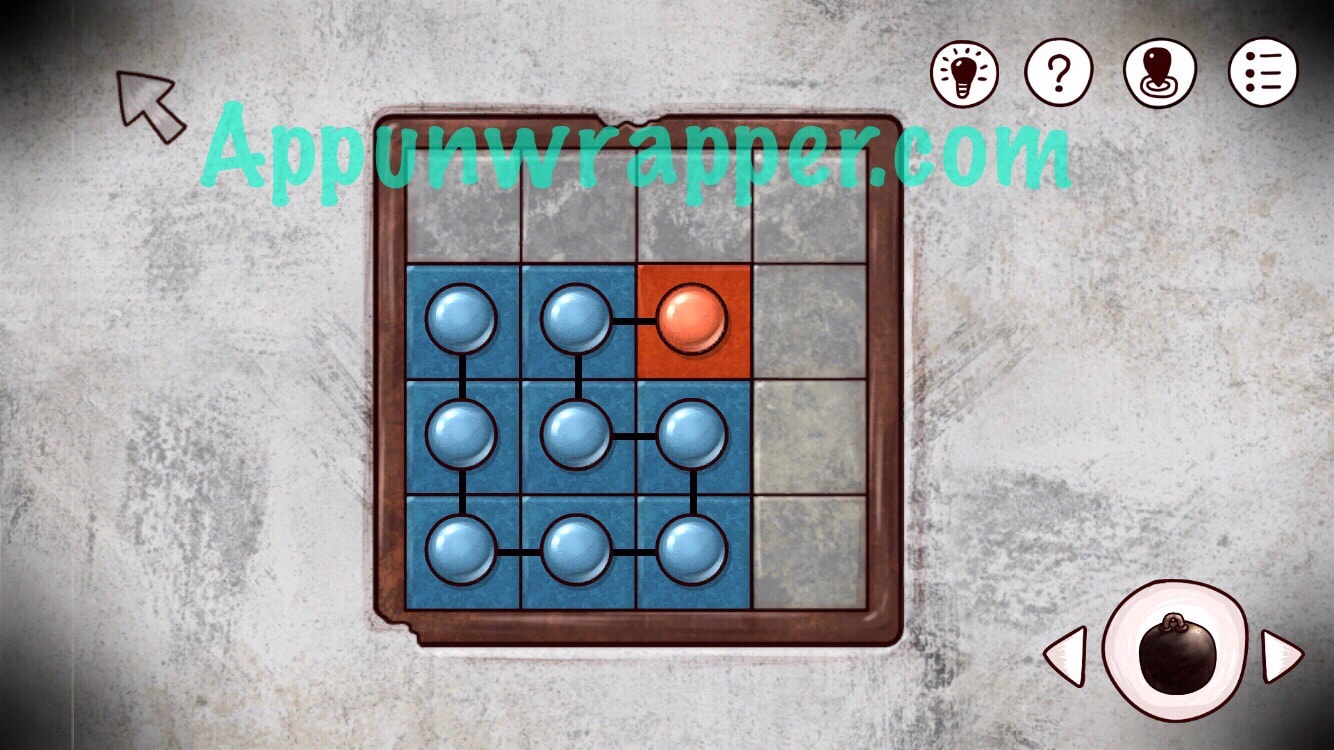 9. You’re in the dissecting room! Tap on the weird octopus alien creature. Looks like we need to find his heart!

10. Leave the building. Head left talk to the guy here. You can’t do anything with the fish yet, but tap on the cross box. Move all the cross pieces so they form a giant cross. Then take the holy grail from inside. Also, look at the message in the bottle. It says: 1958.1215. There’s also two triangles next to it in the shape of an hourglass. 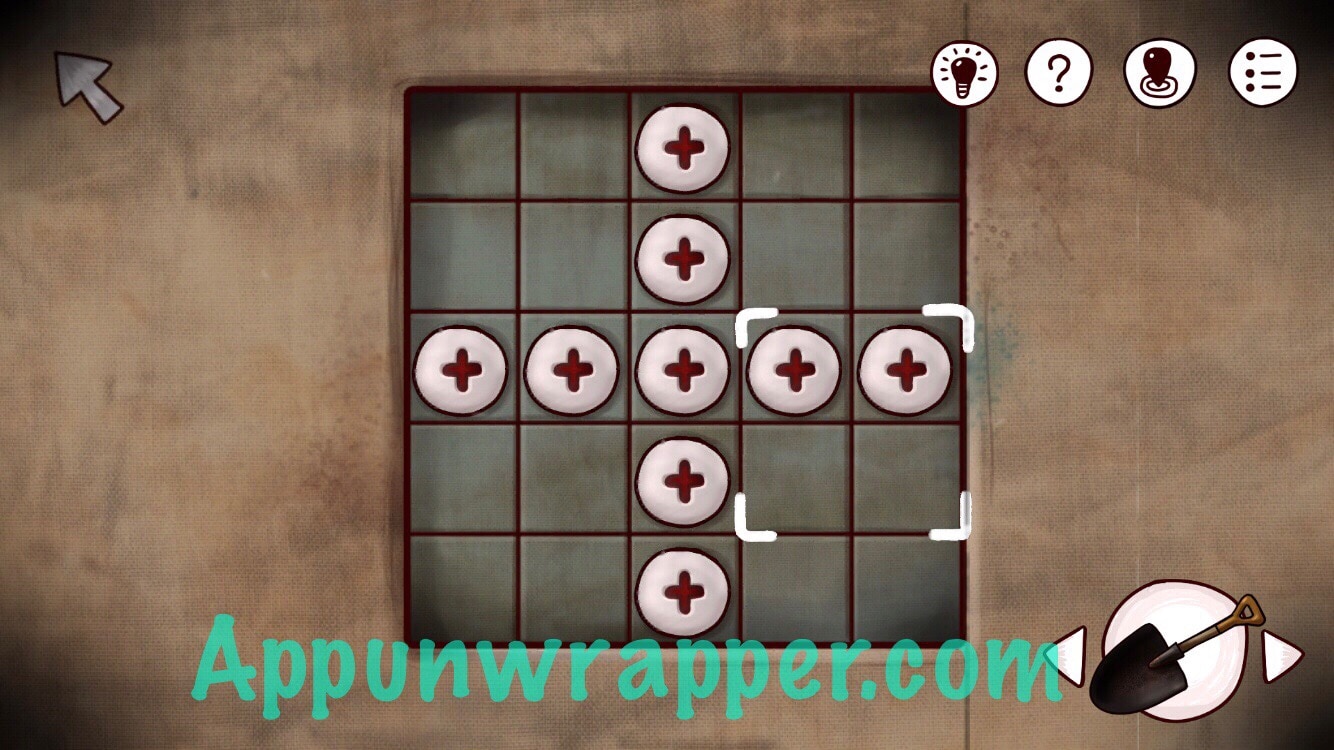 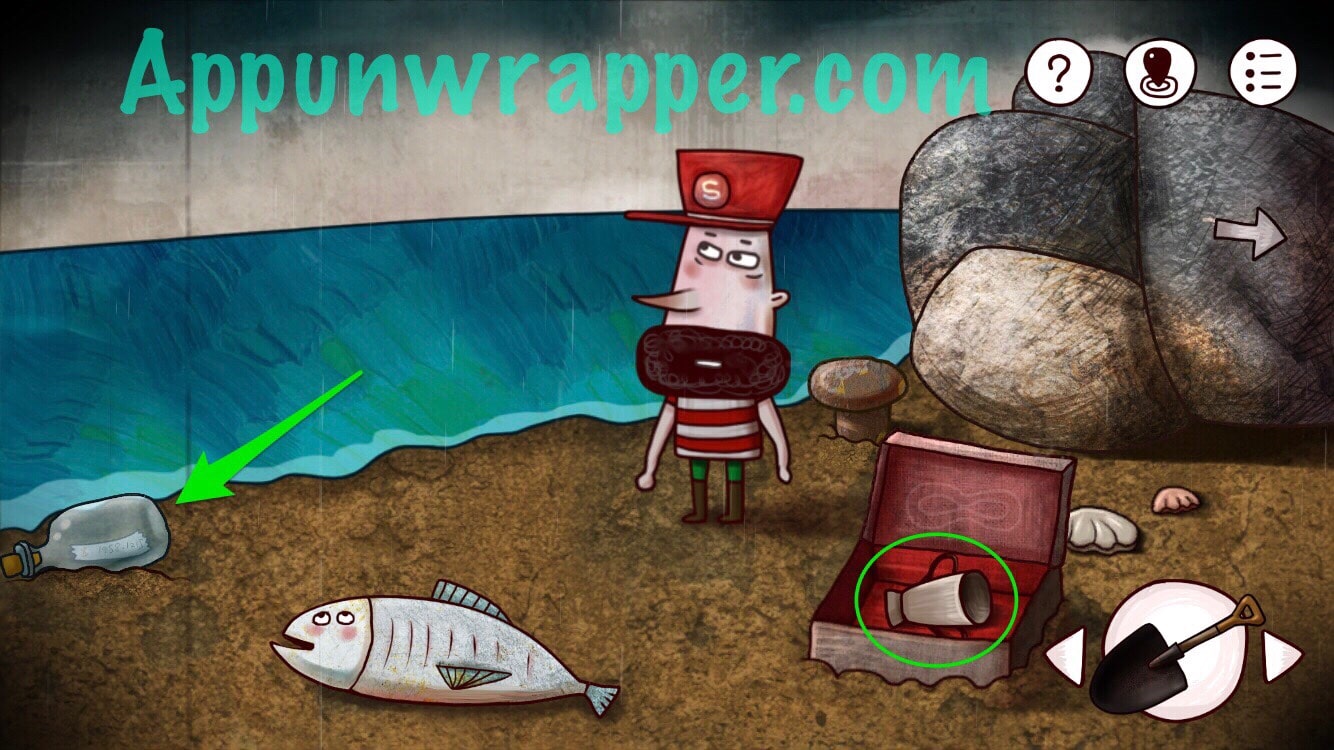 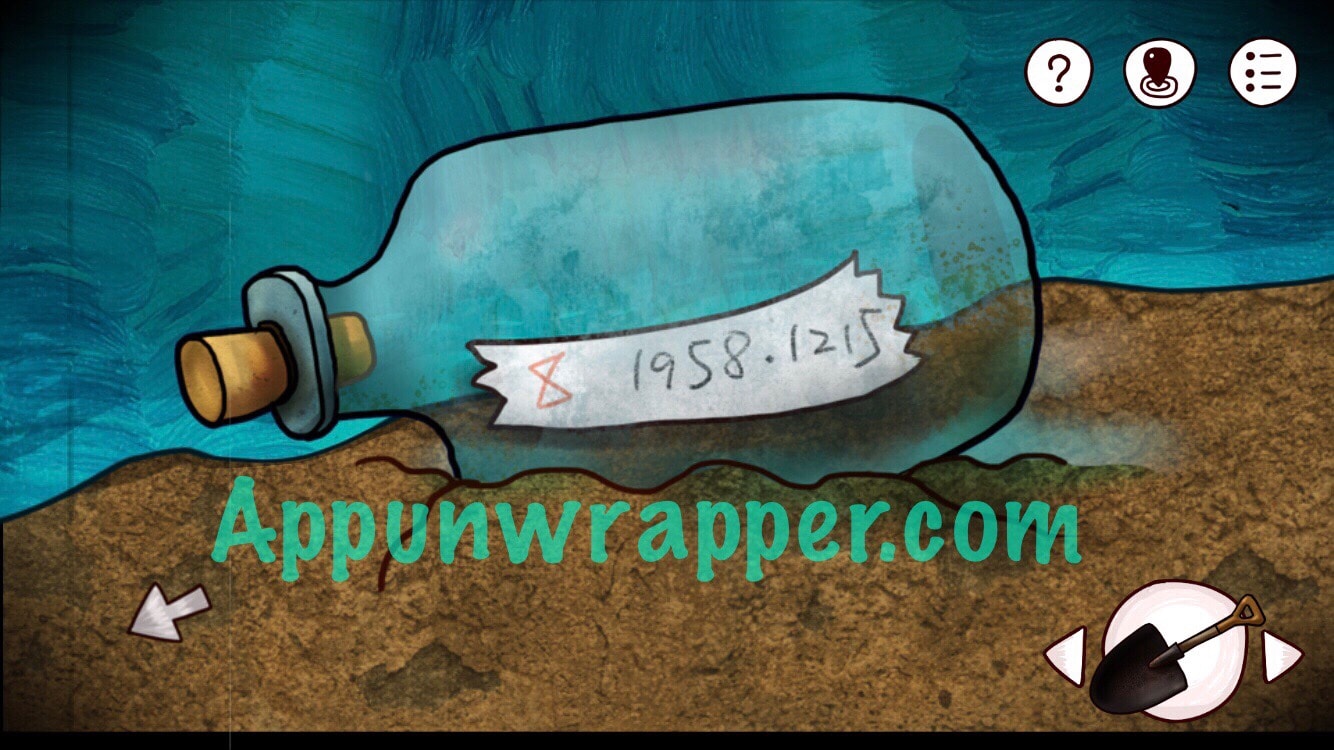 11. Head back and go between the lighthouse and the factory. Tap the lizard to see the clue hiding under it. We can’t open the door here yet, but look at it and then head left. 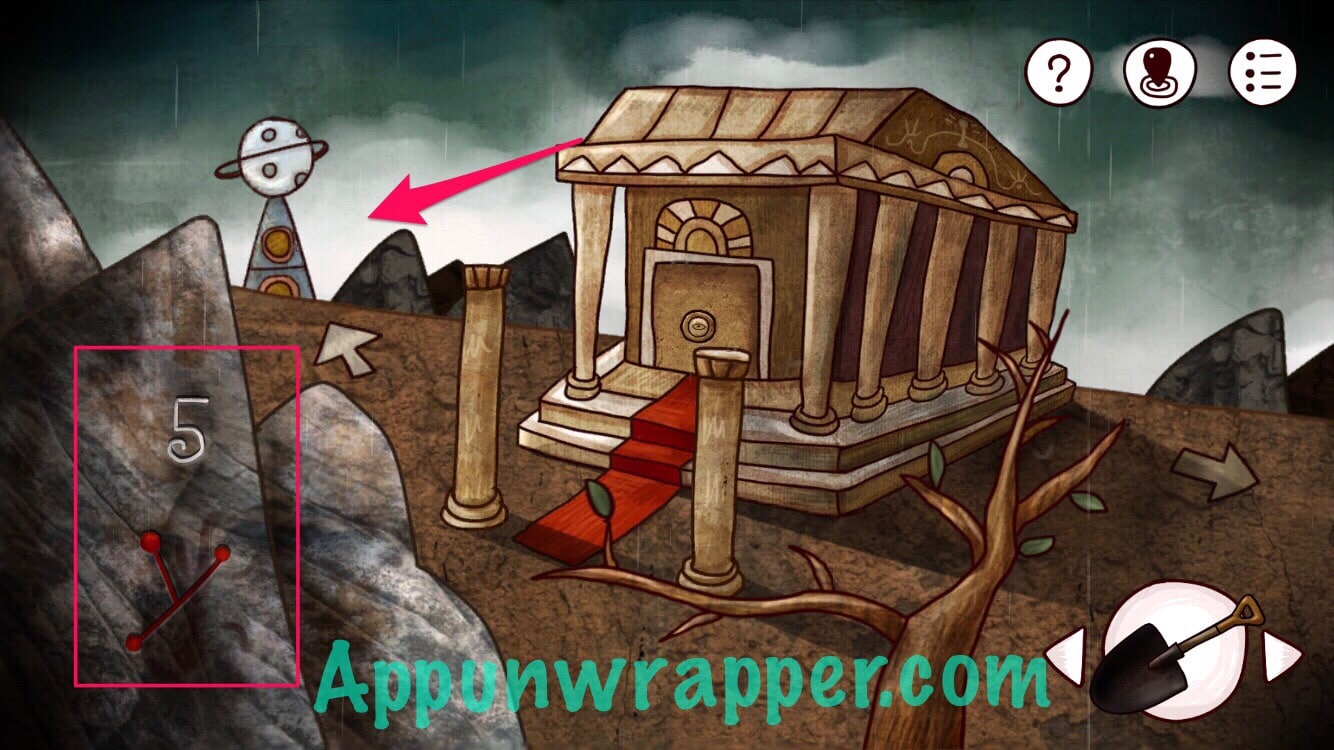 12. Use the shovel to dig up the bone. Then tap on the door if he spaceship, solve the puzzle and go inside. 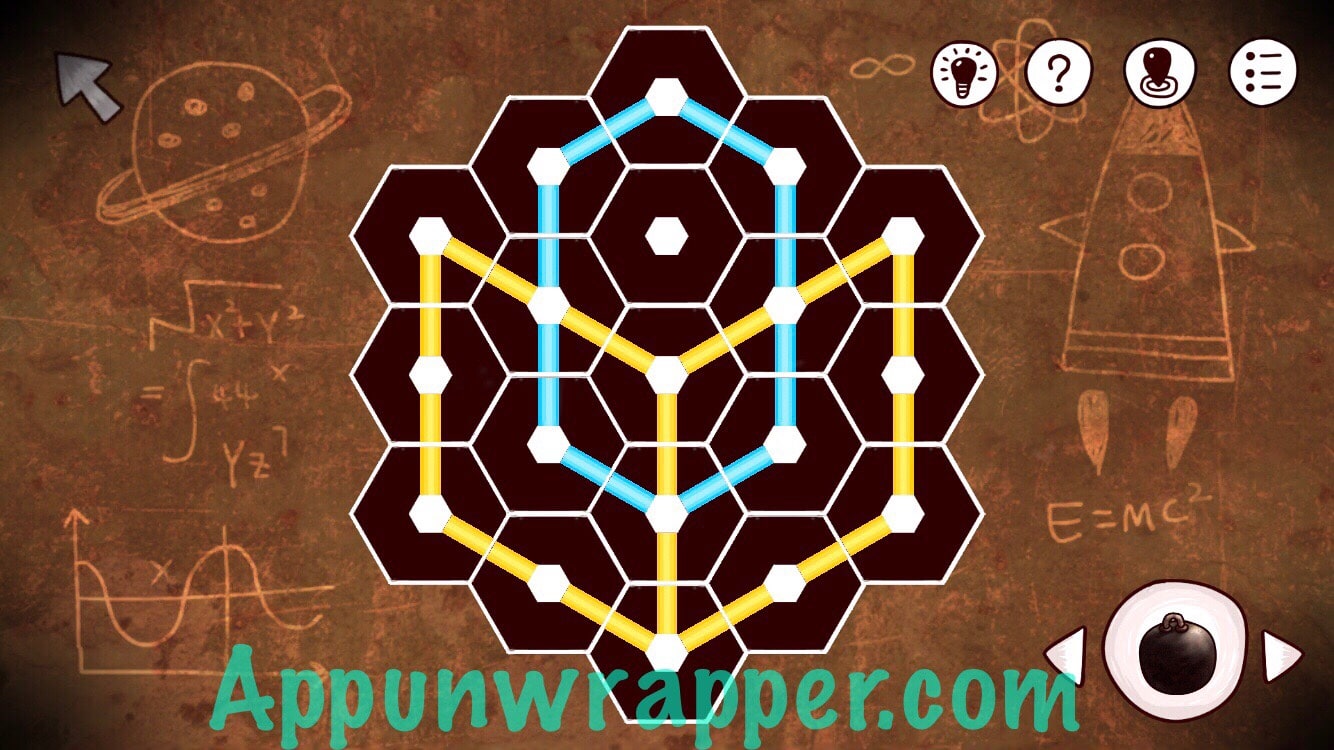 13. Take the iron bucket. Notice the A, B and C (C is a copyright symbol) clues on the wall and then head upstairs. 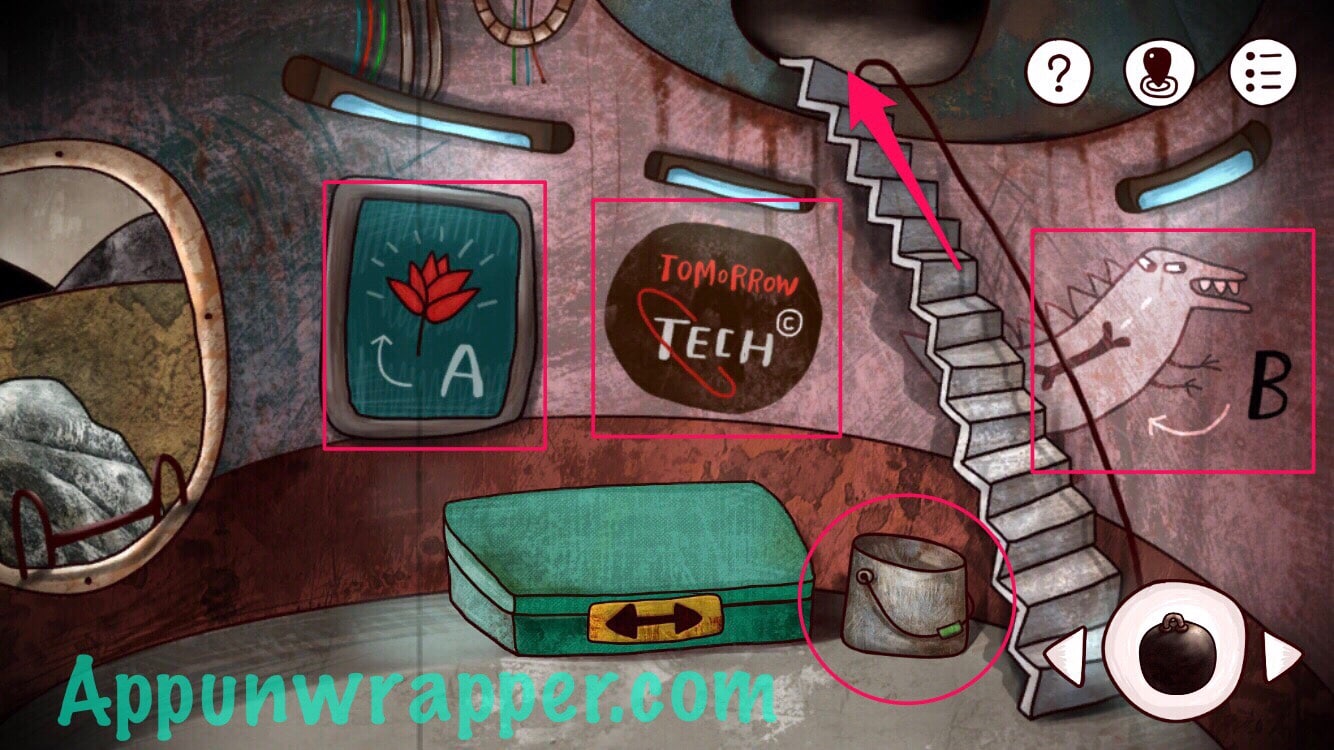 14. Notice the clue for A B C as well as the hint for solving the picross puzzle. Then solve it and take the round star pattern. Also, tap on the screen and keep pulling the lever to read everything. 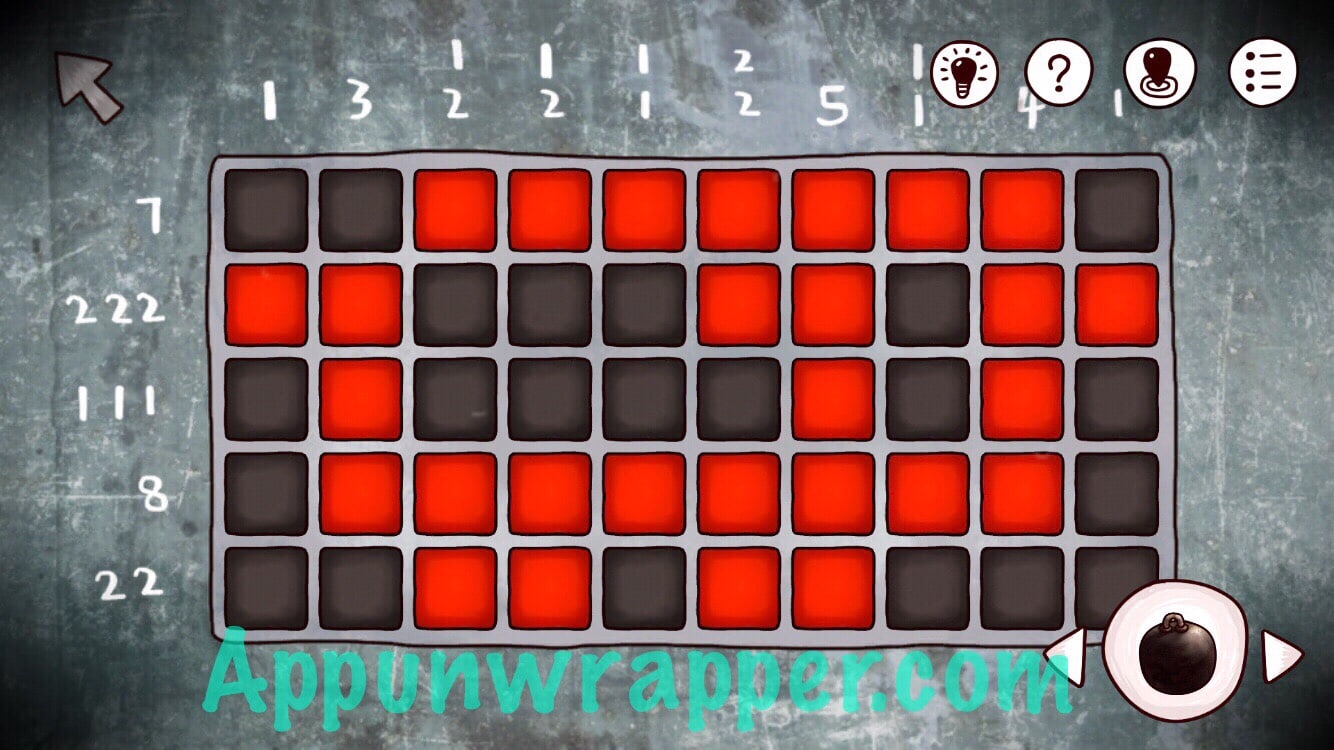 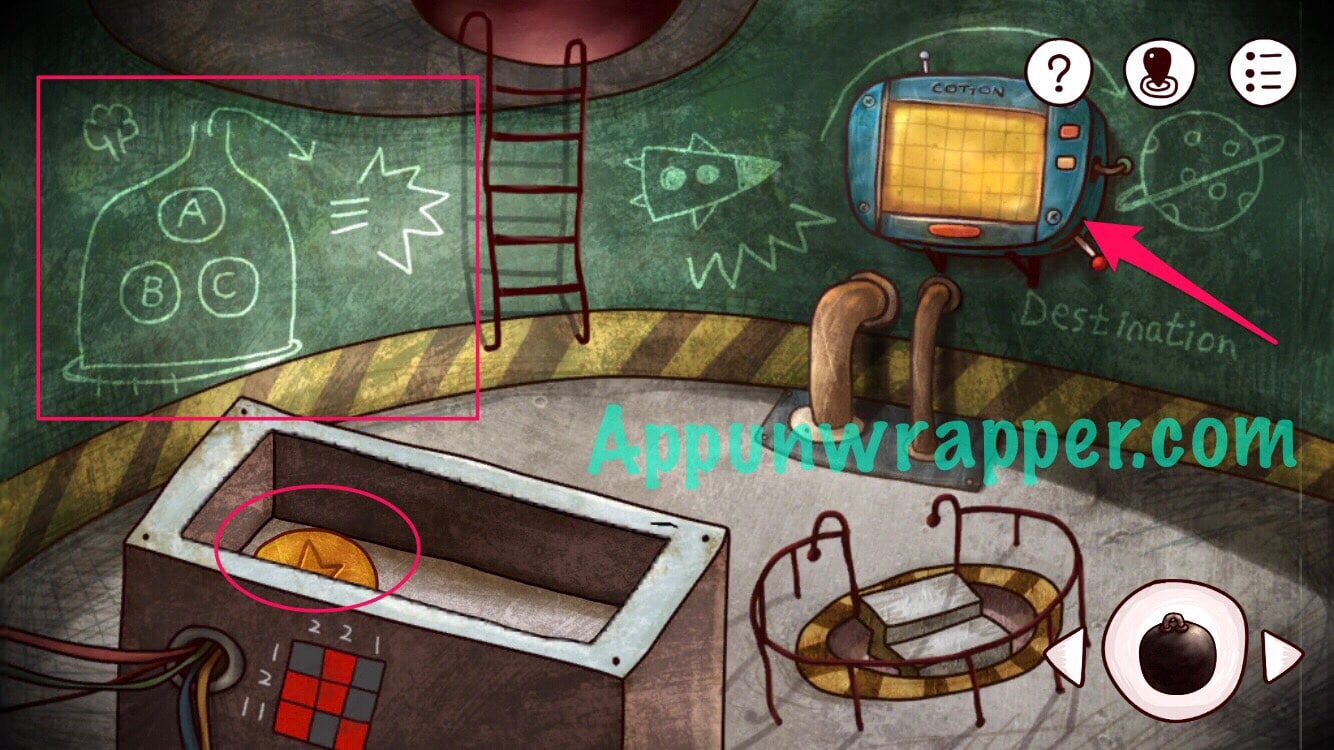 15. Head up the ladder. Place the dinosaur bone in the slot shown as B on the blackboard. We still need the other two items. Leave the spaceship. 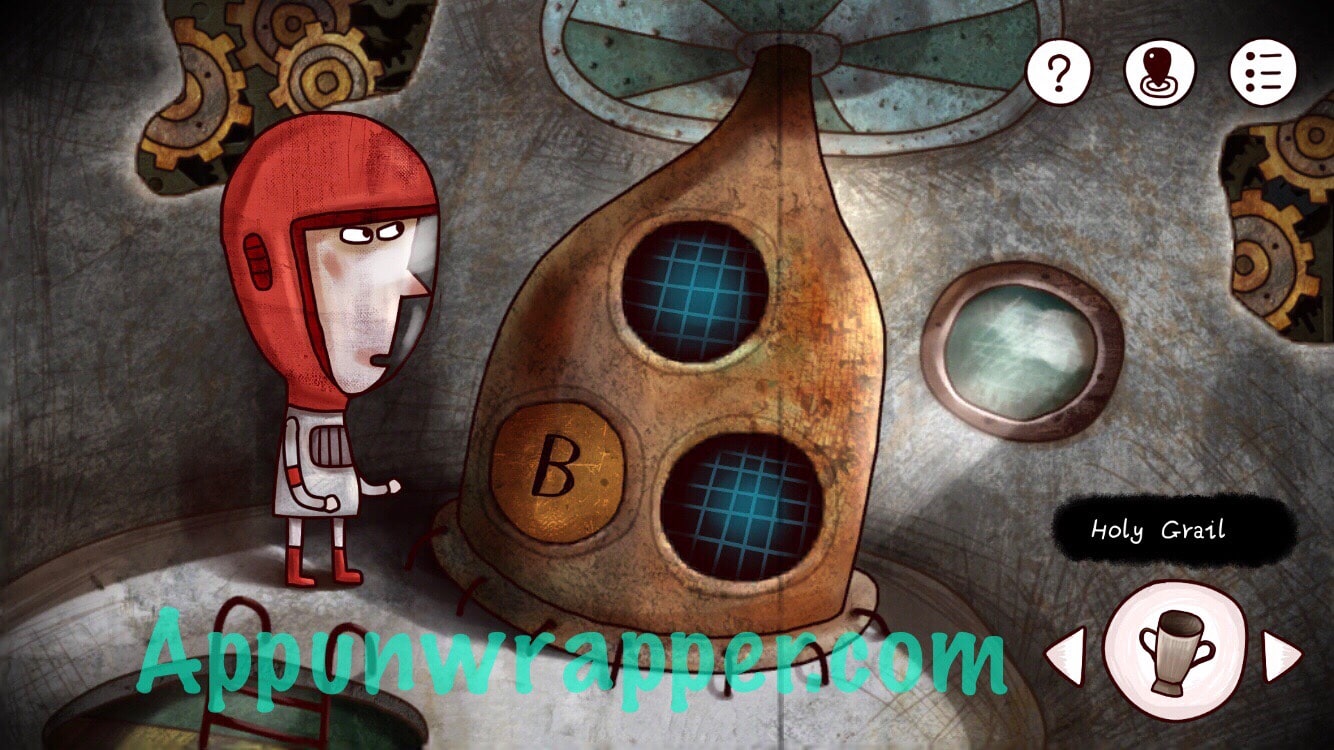