16. There’s three other busts. We need to put all four busts in some order but I’m not sure yet which order. 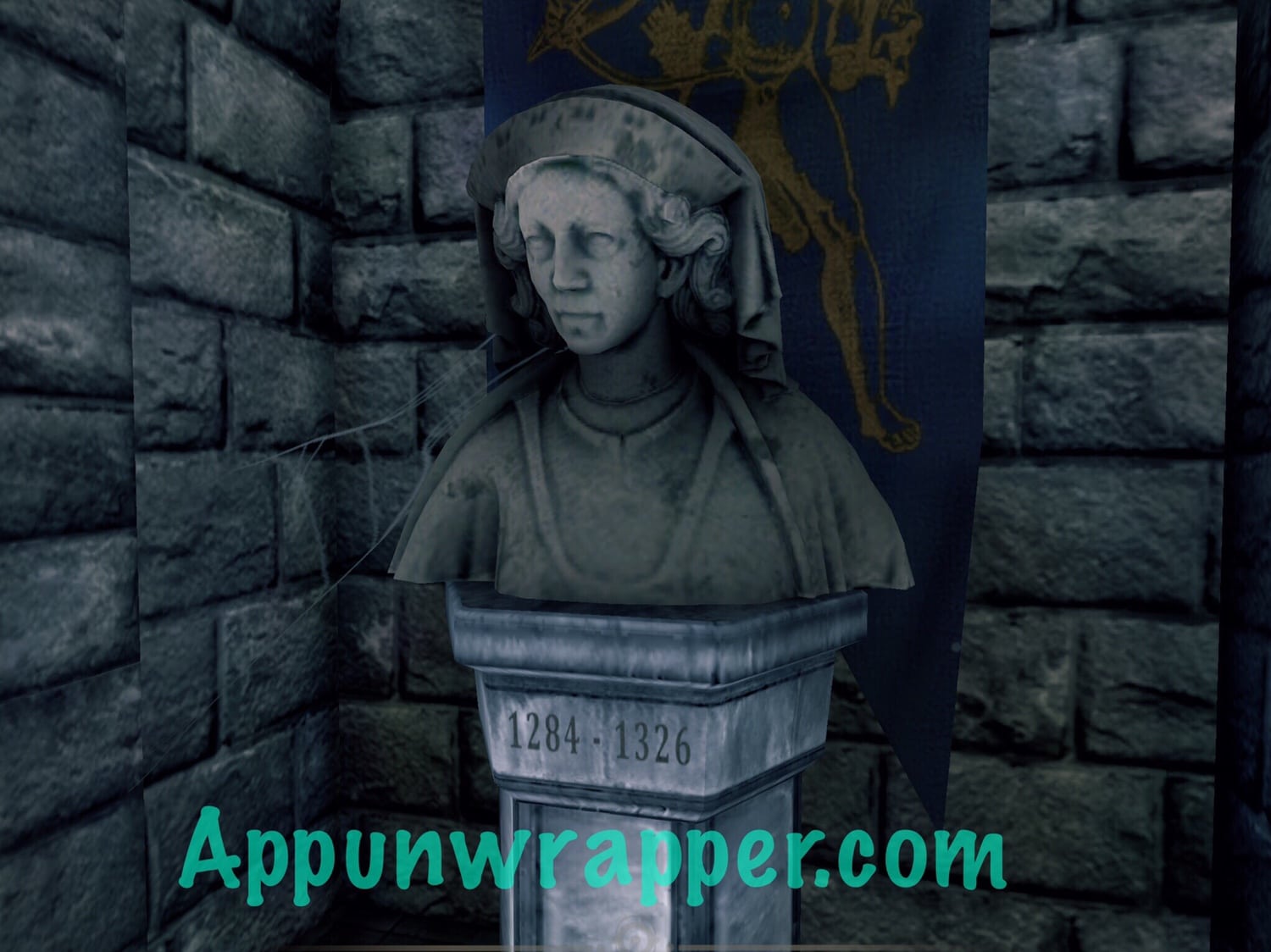 17. Read the pages from the Edge of Infinity book on the Auriga and Leo constellations and the one next to it on Orion and Draco. Also, open the box to get a key and find another note with a clue on it. 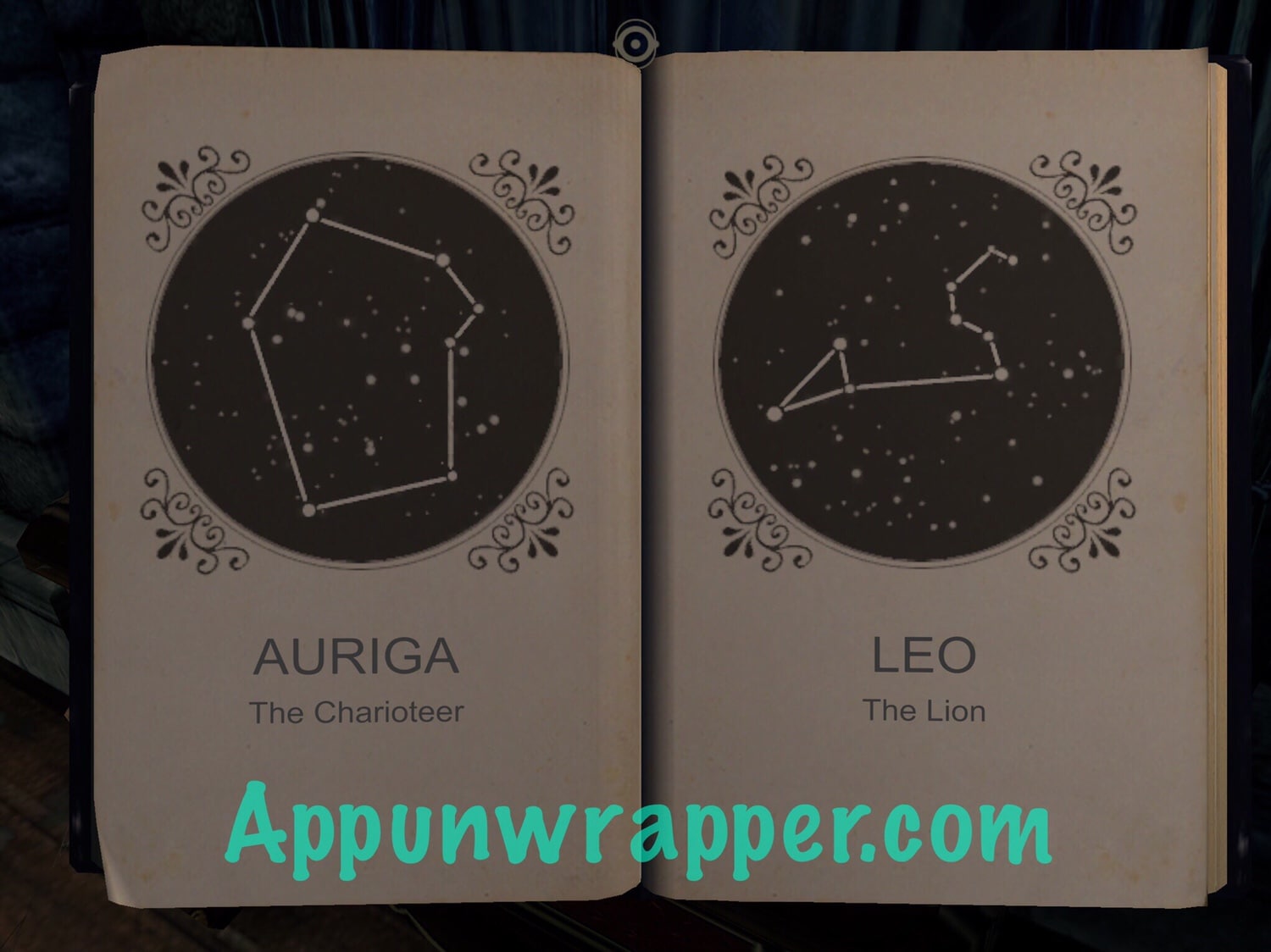 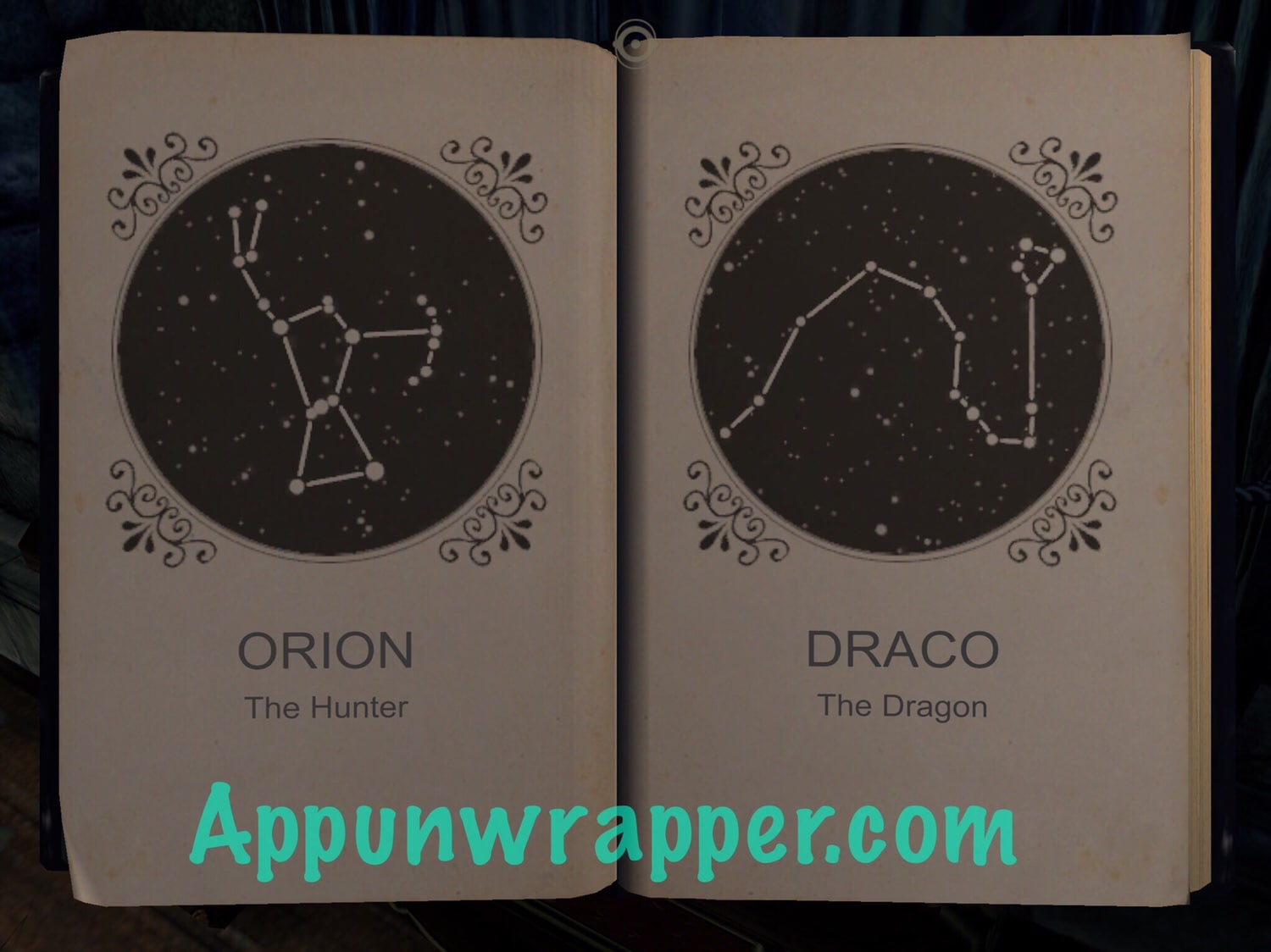 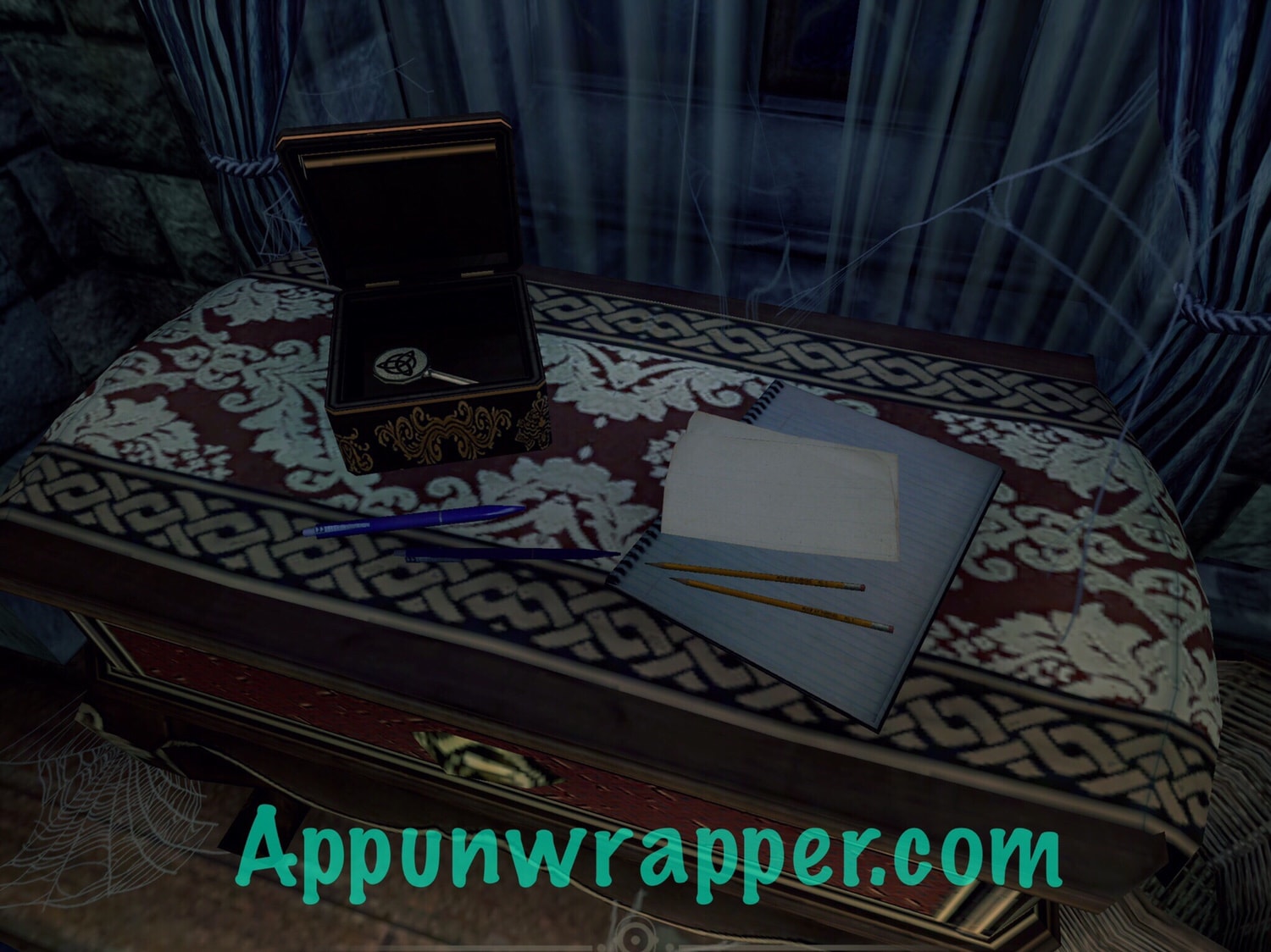 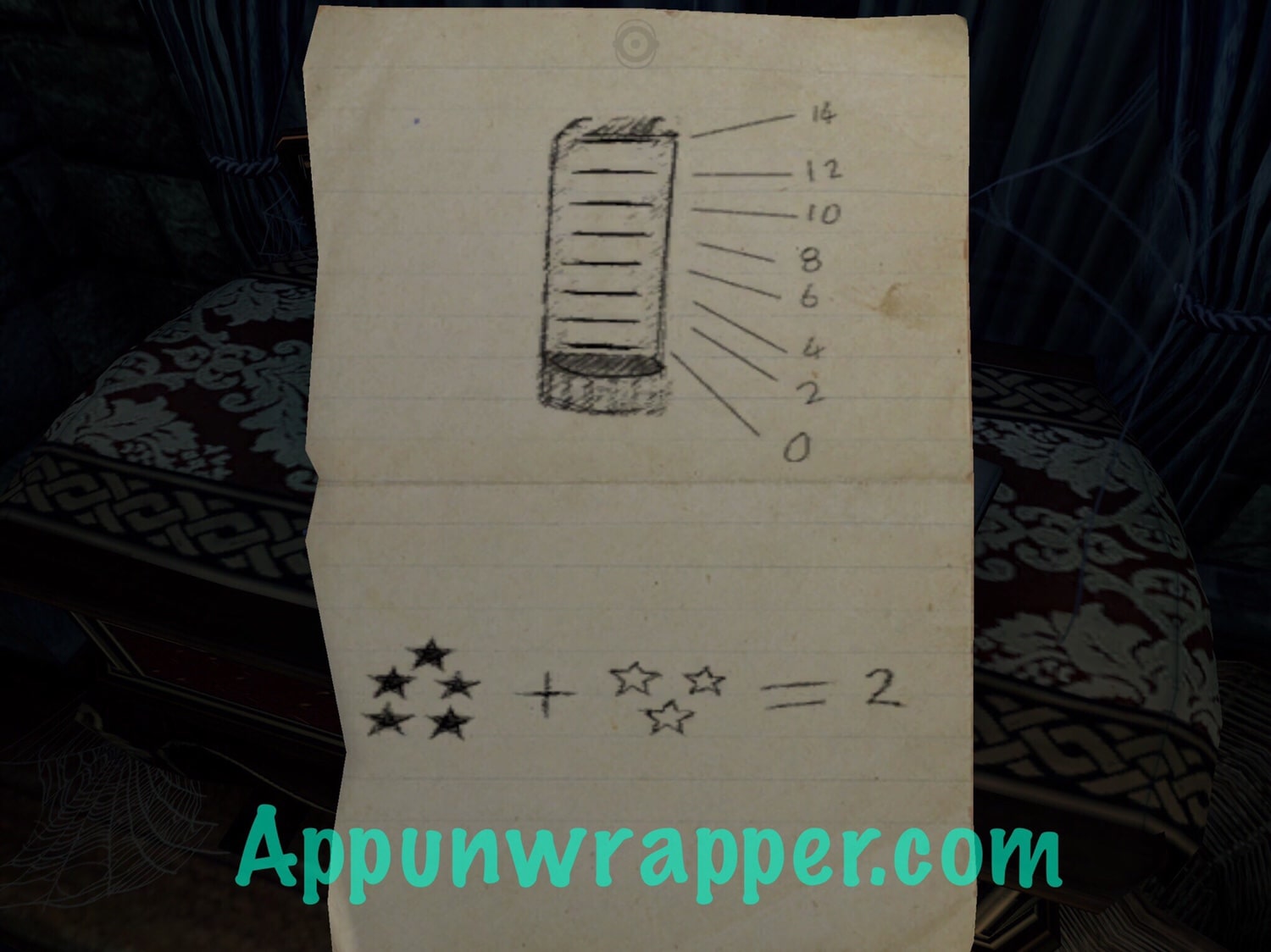 18. There are two more busts with dates on them. We’ll figure out their purpose later. Let’s first use some of the clues we found. And don’t forget to grab the two coins that are easy to miss. 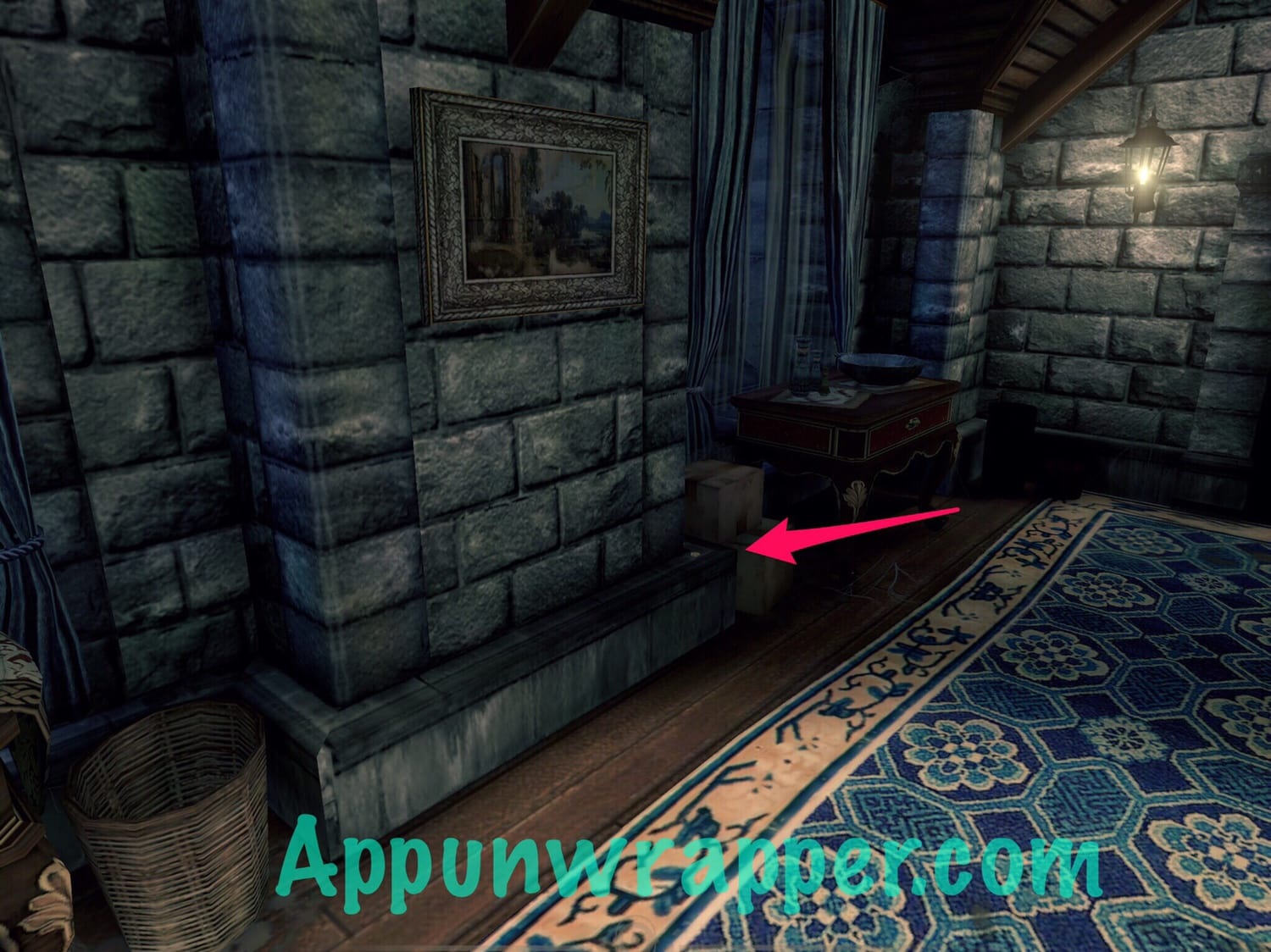 19. Go back to the room right after the spiral staircase and use the key to unlock a the box on the table, revealing a button. 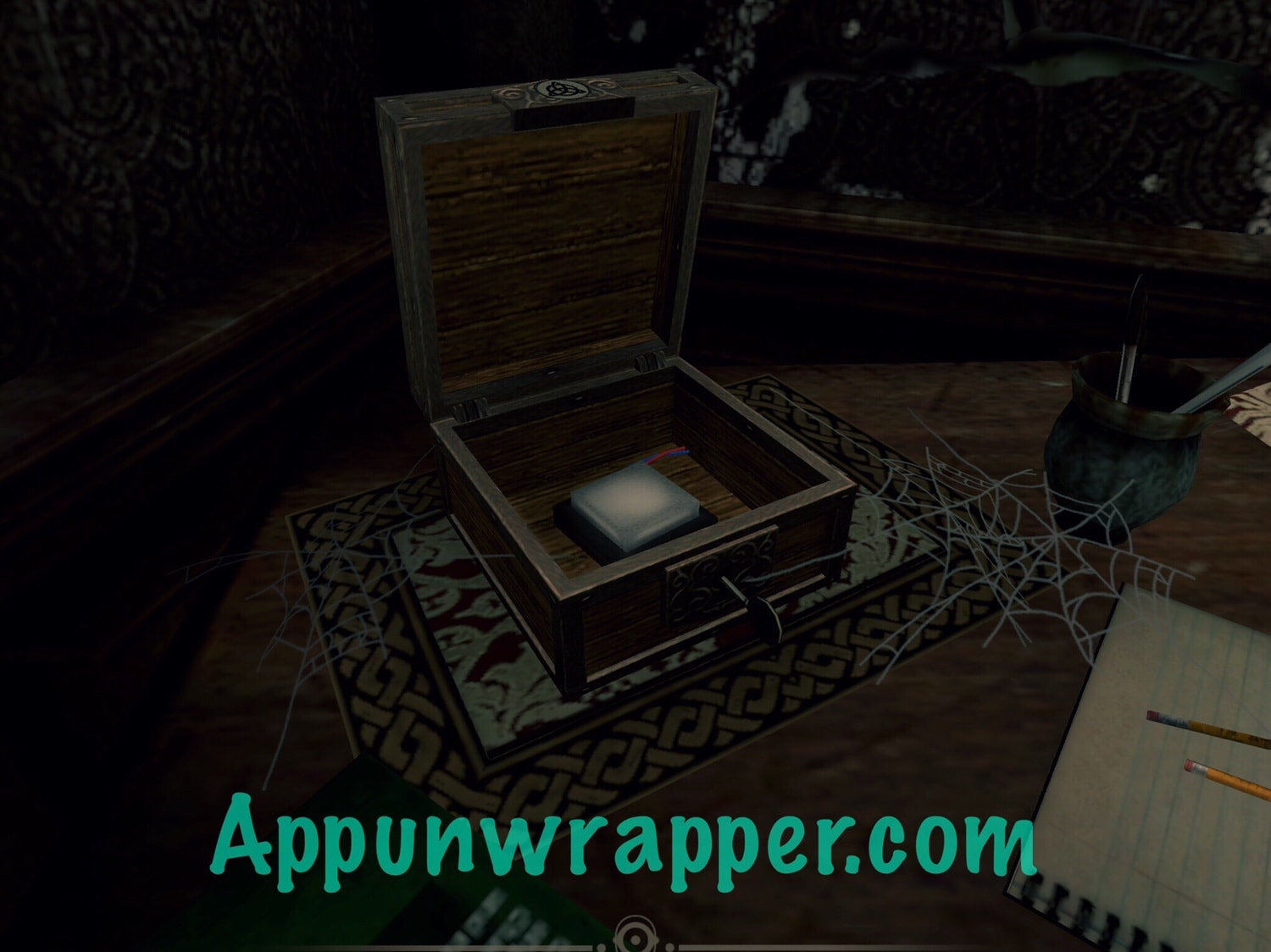 20. Use the two clues you found, one that looks like three scribbled constellations, and another that explains how to work with the stars on the blue poster. Use the clues together with the poster to figure out what height to set the three red bars to on the table.

Let’s start with the top one. The lines point to 1 white star, 5 white stars, 3 black stars, and 7 white stars. But we’re actually going to invert them, making white stars + and black stars – .

So change the first line to 10, the second to 3, and the last to 6. Remember that each line is two points. Then press the button in the box. Take the stone hexagon. 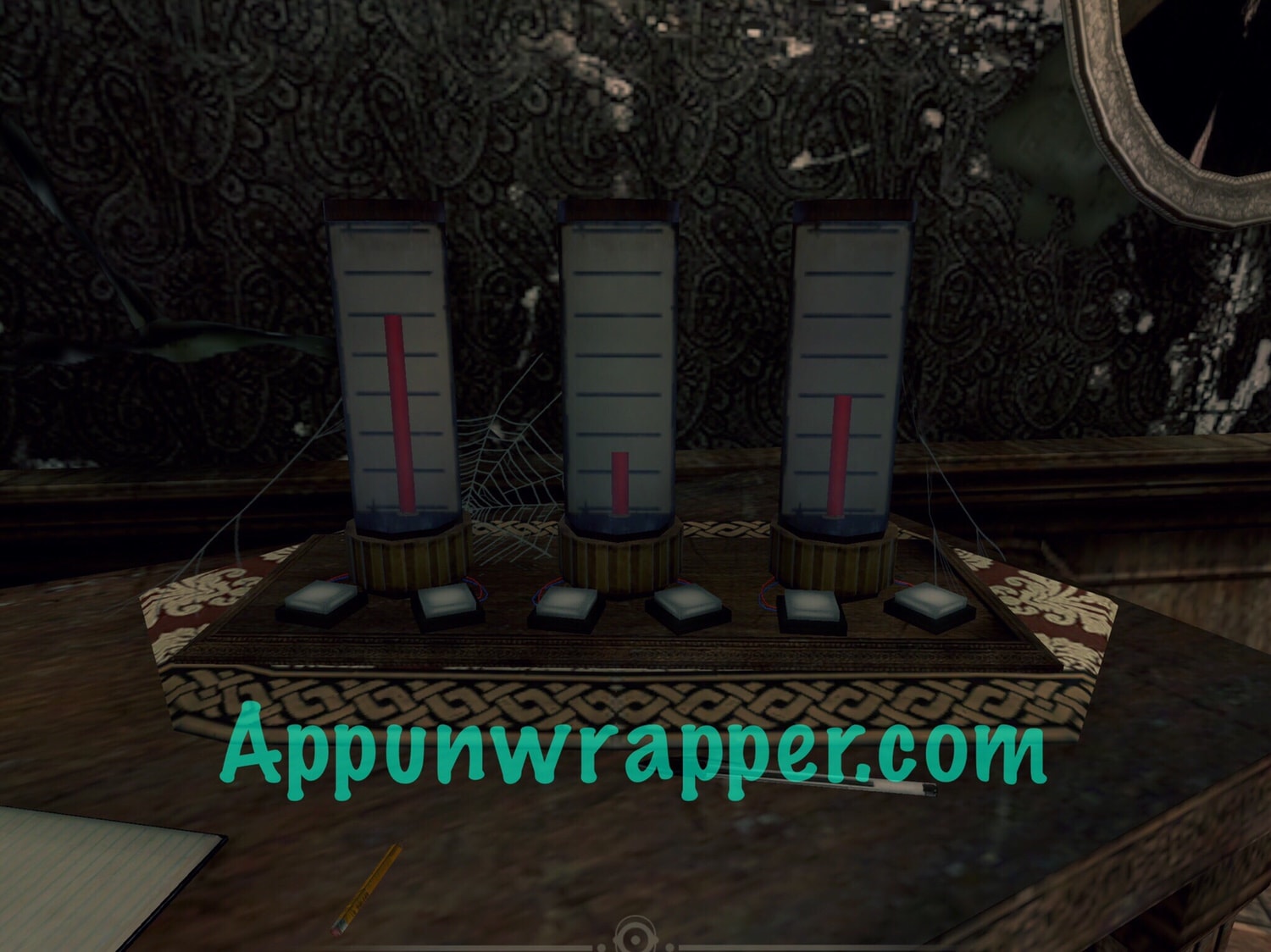 21. Go back downstairs and place the hexagon in the hold to the left. A new staircase! Go down. 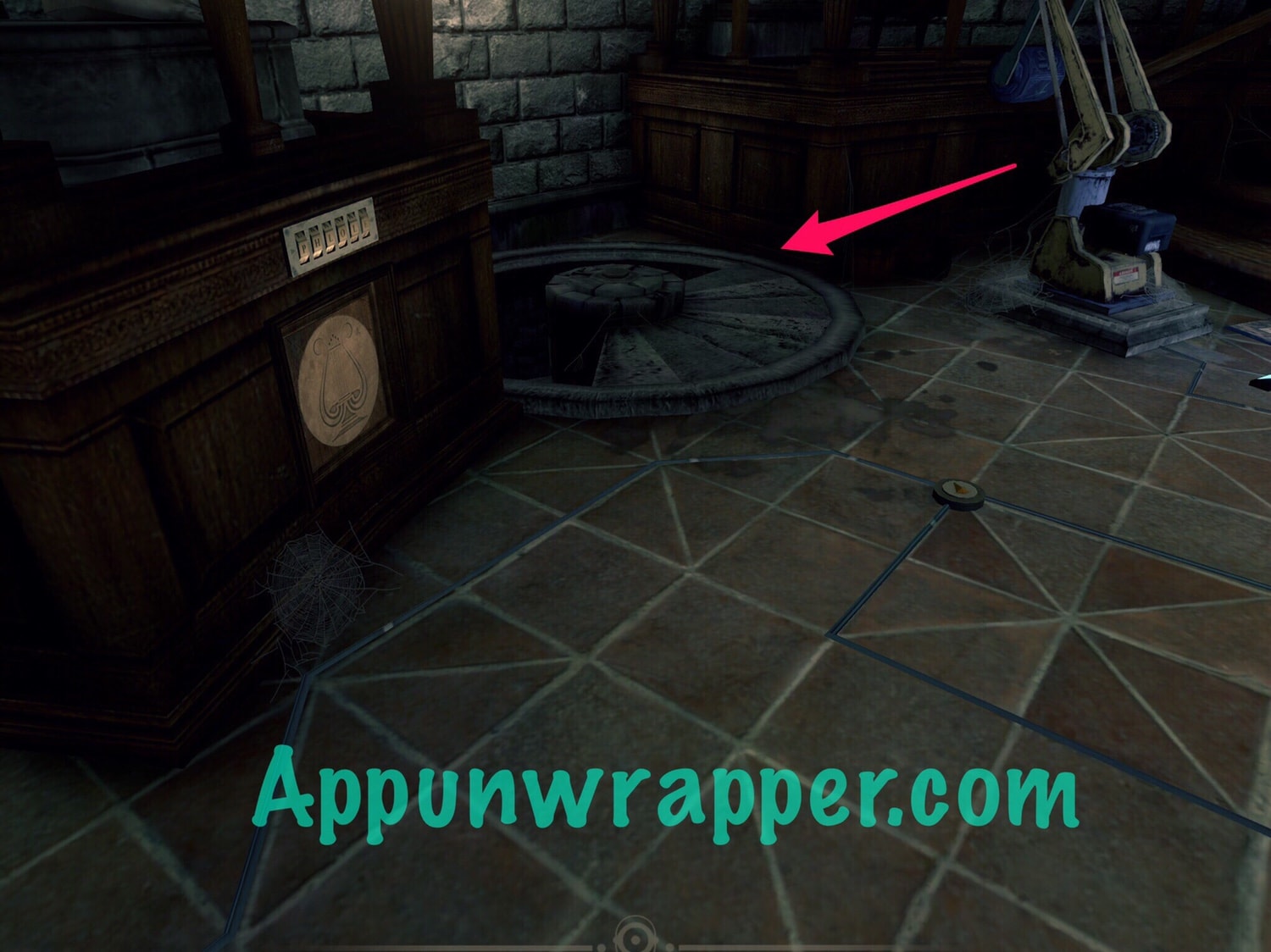 22. Let’s solve the ceiling arrows puzzle. There’s an ending arrow on the wall that points down at a locked photo. There’s another arrow on the floor pointing up at a different arrow on a another wall. The goal is to follow the arrows up to the ceiling and point each one at the next so they form a path down to the photo. It’s not too difficult if you just pay close attention. But it’s hard to capture it in screenshots. Grab the photo when you’re done. 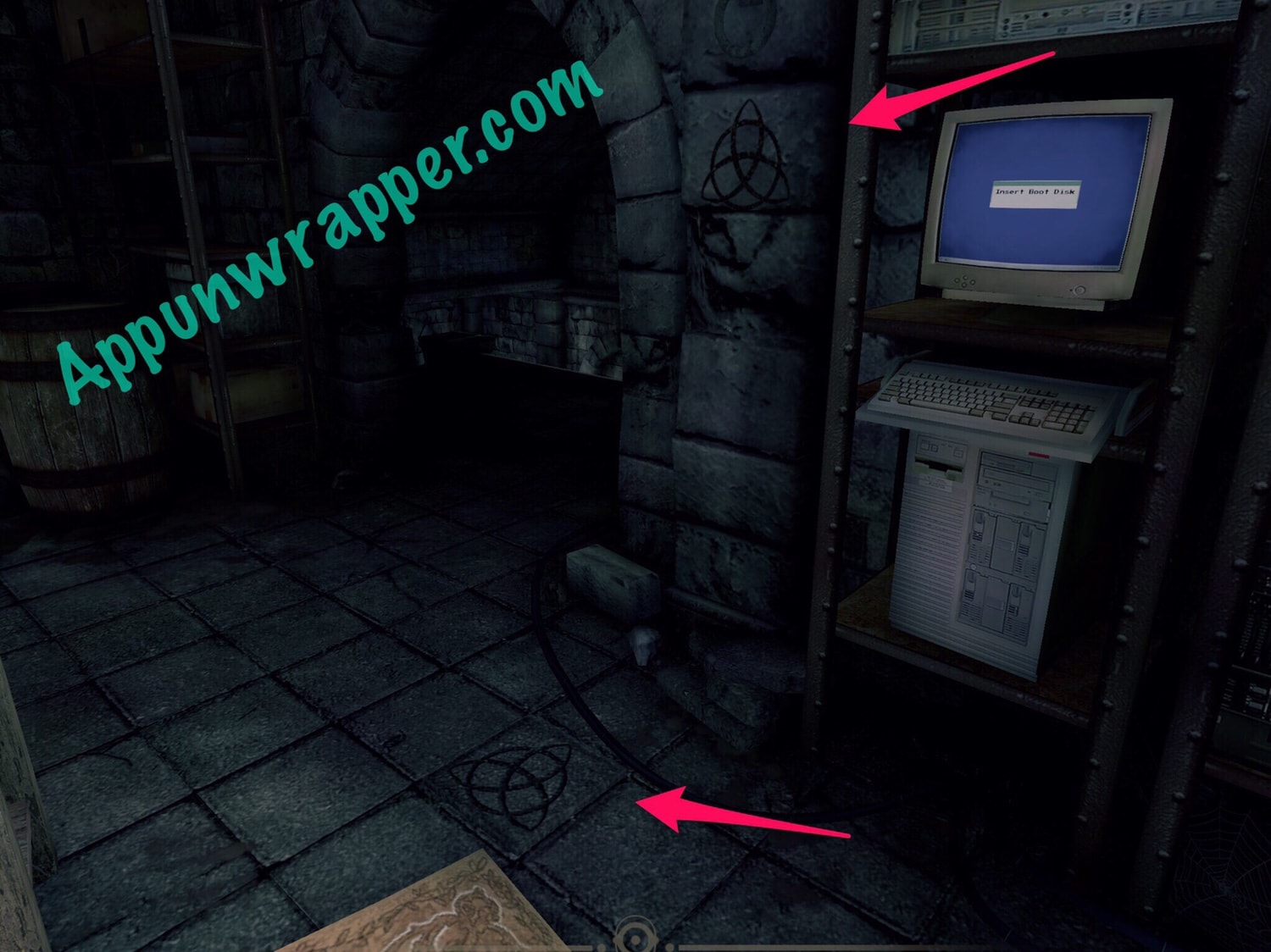 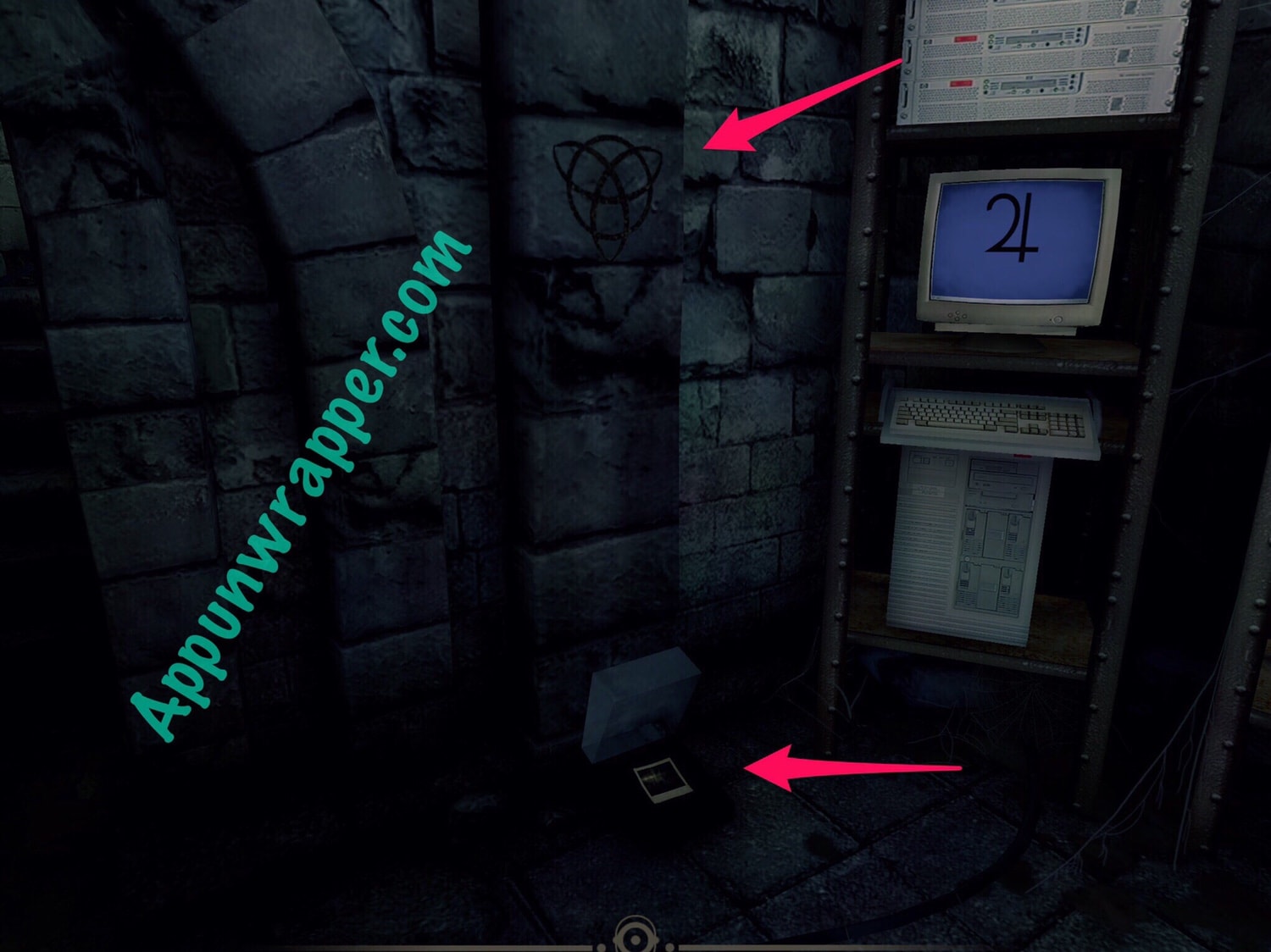 23. Take a look at the three symbols on the computer monitors. 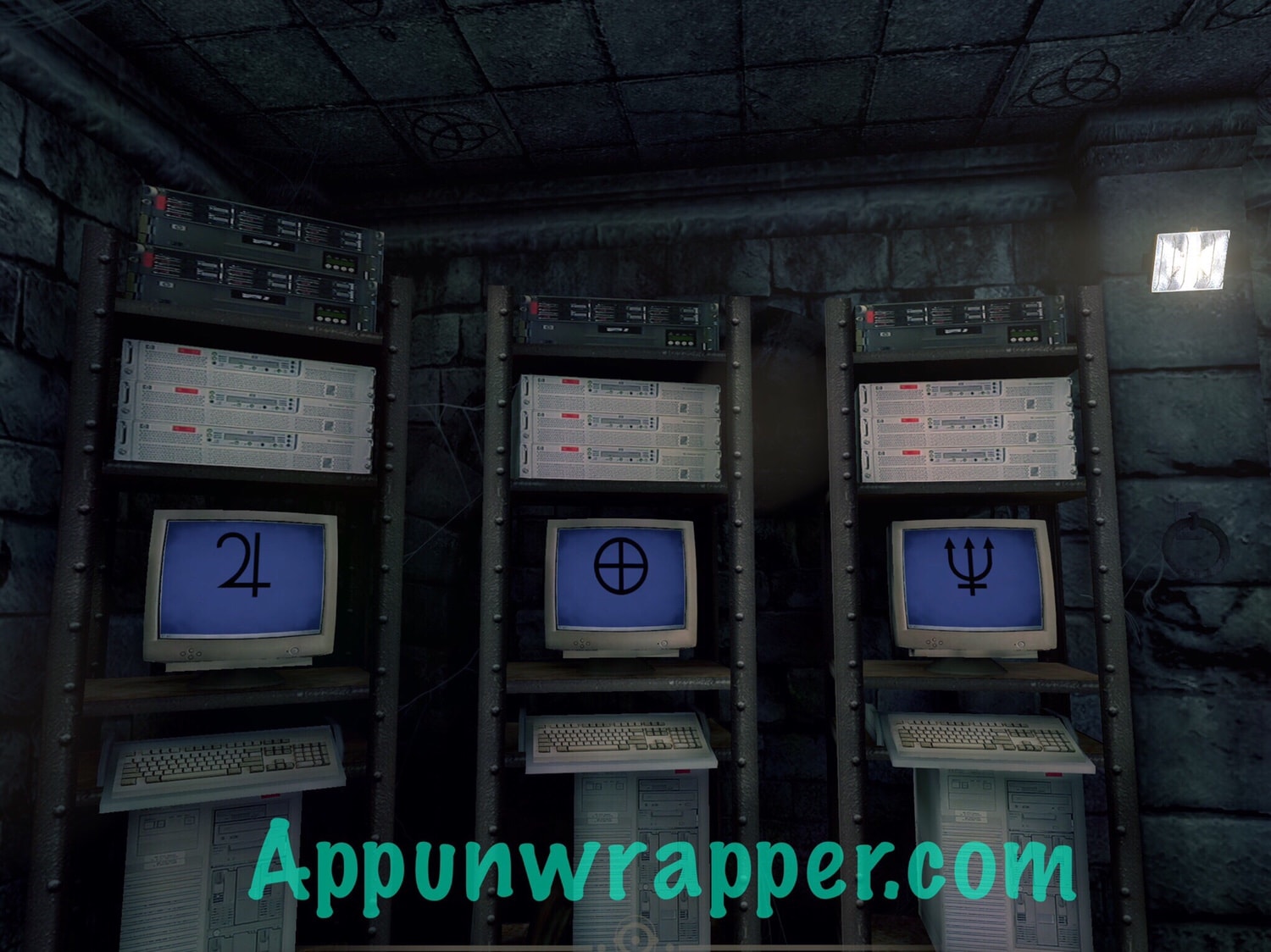 24. Pick up the lever handle from the table and open the drawer to get a piece of paper with numbers on it. Then go through the next doorway. 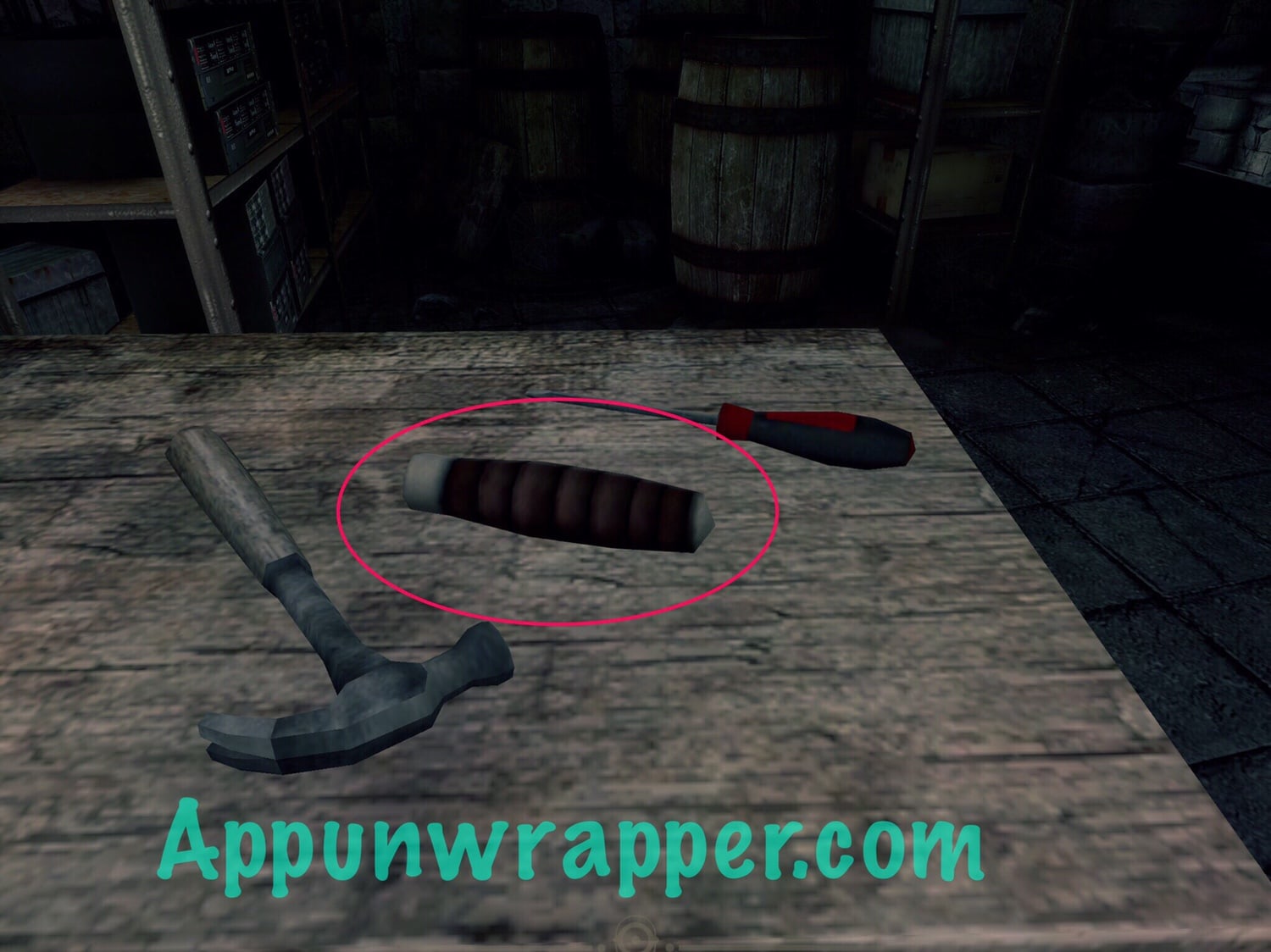 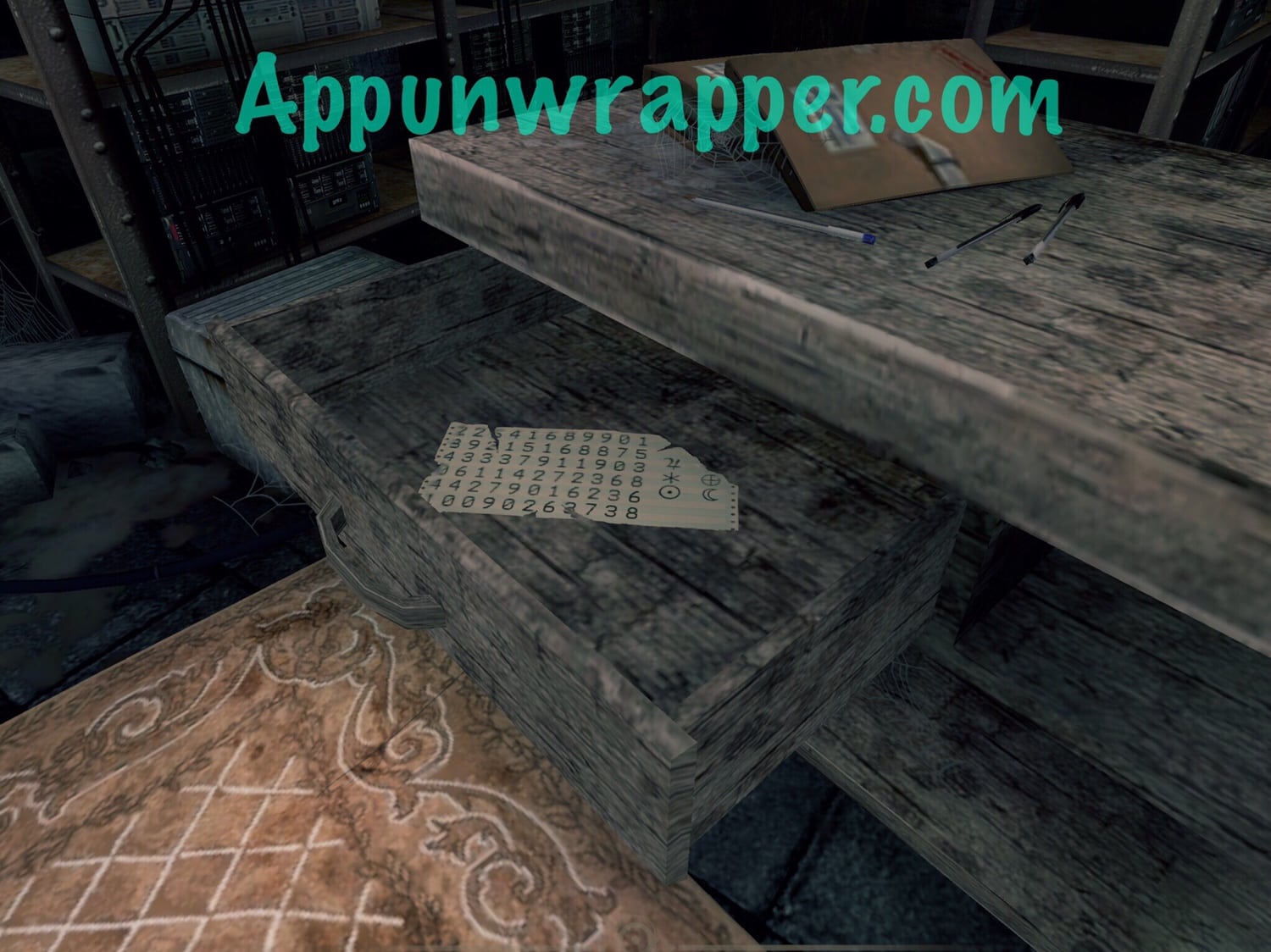 25. You’re in the cellar. Pick up the lever part and combine it with the handle to get a lever. Then find the other two levers so you have three. 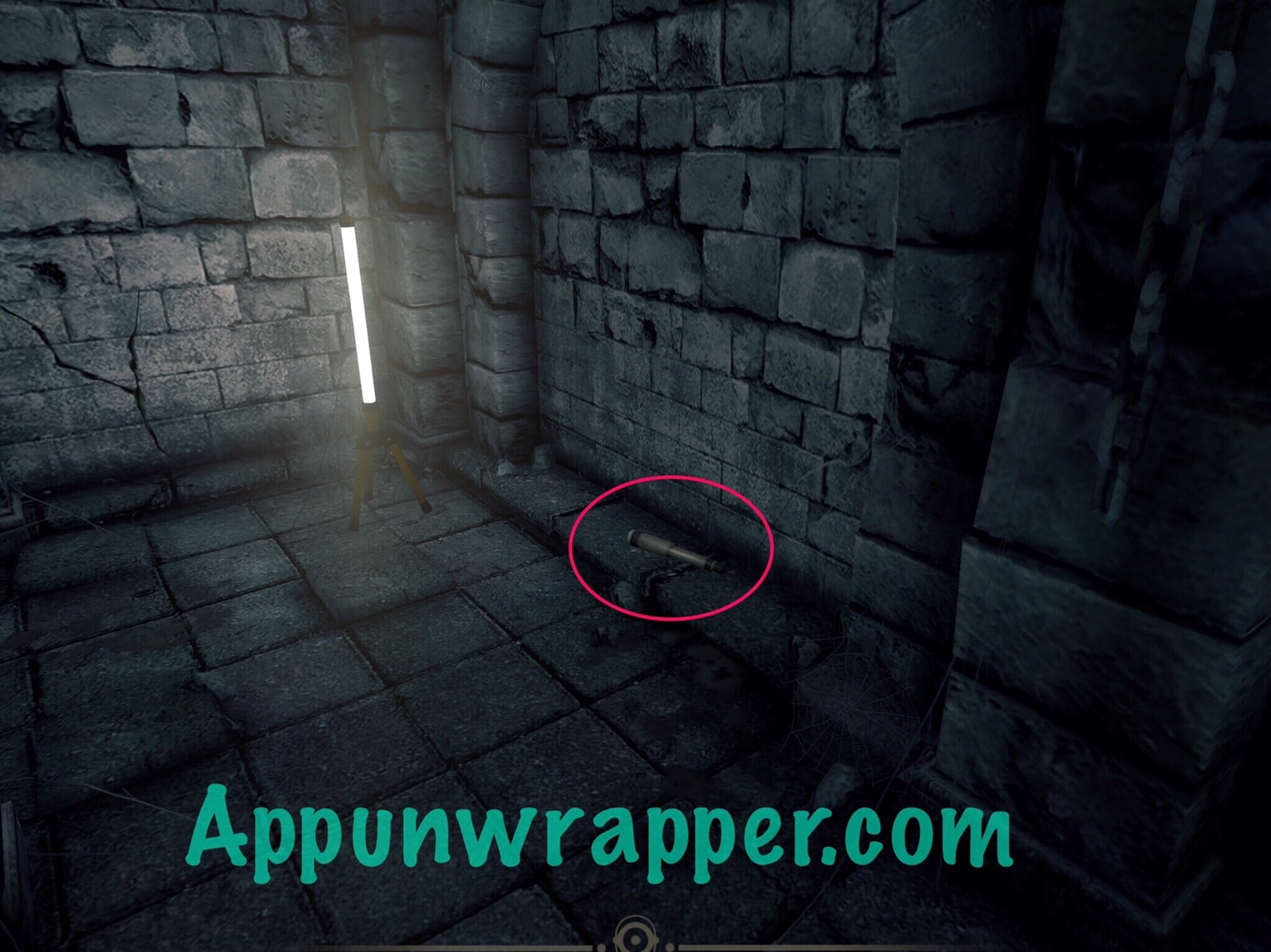 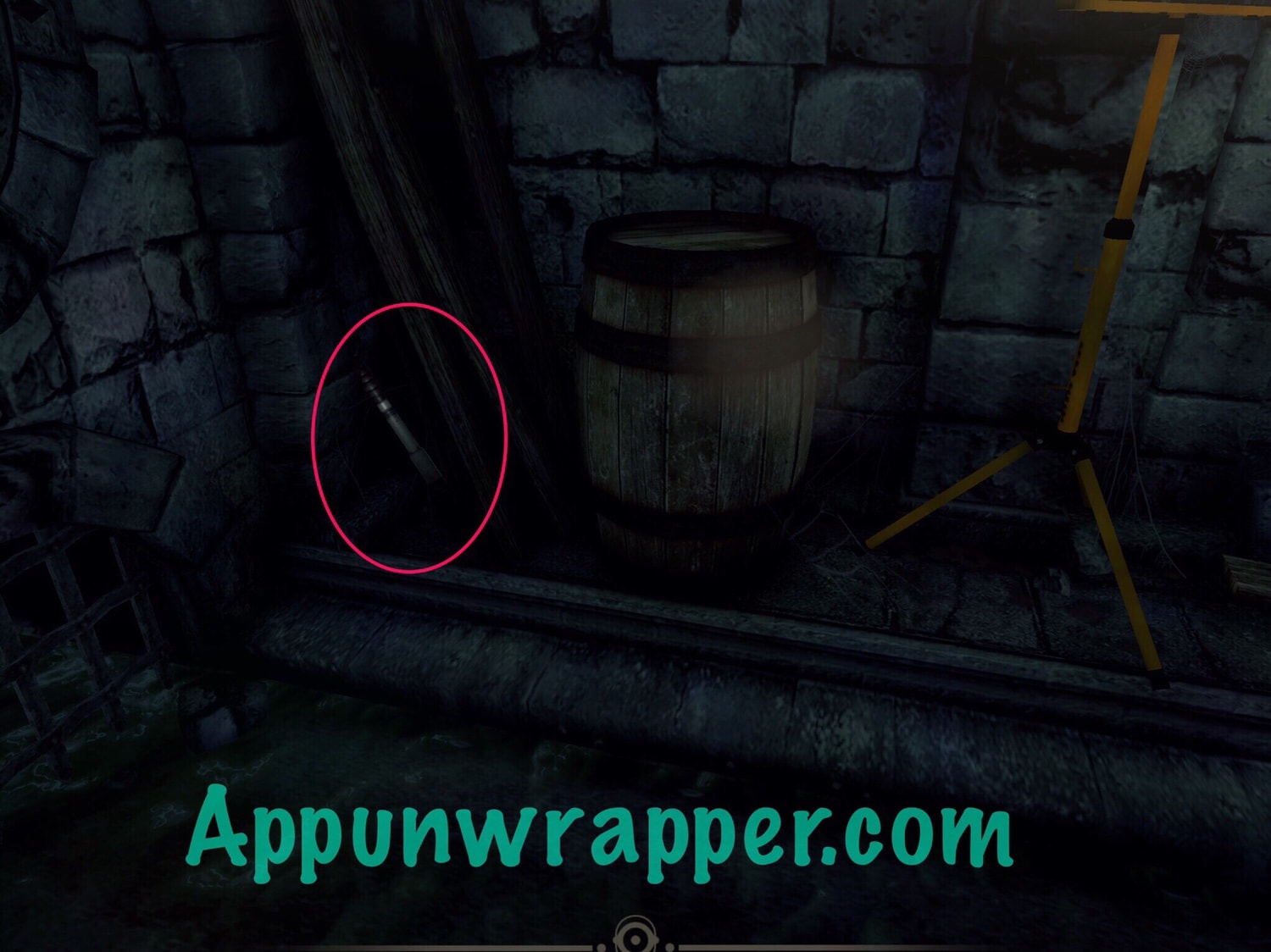 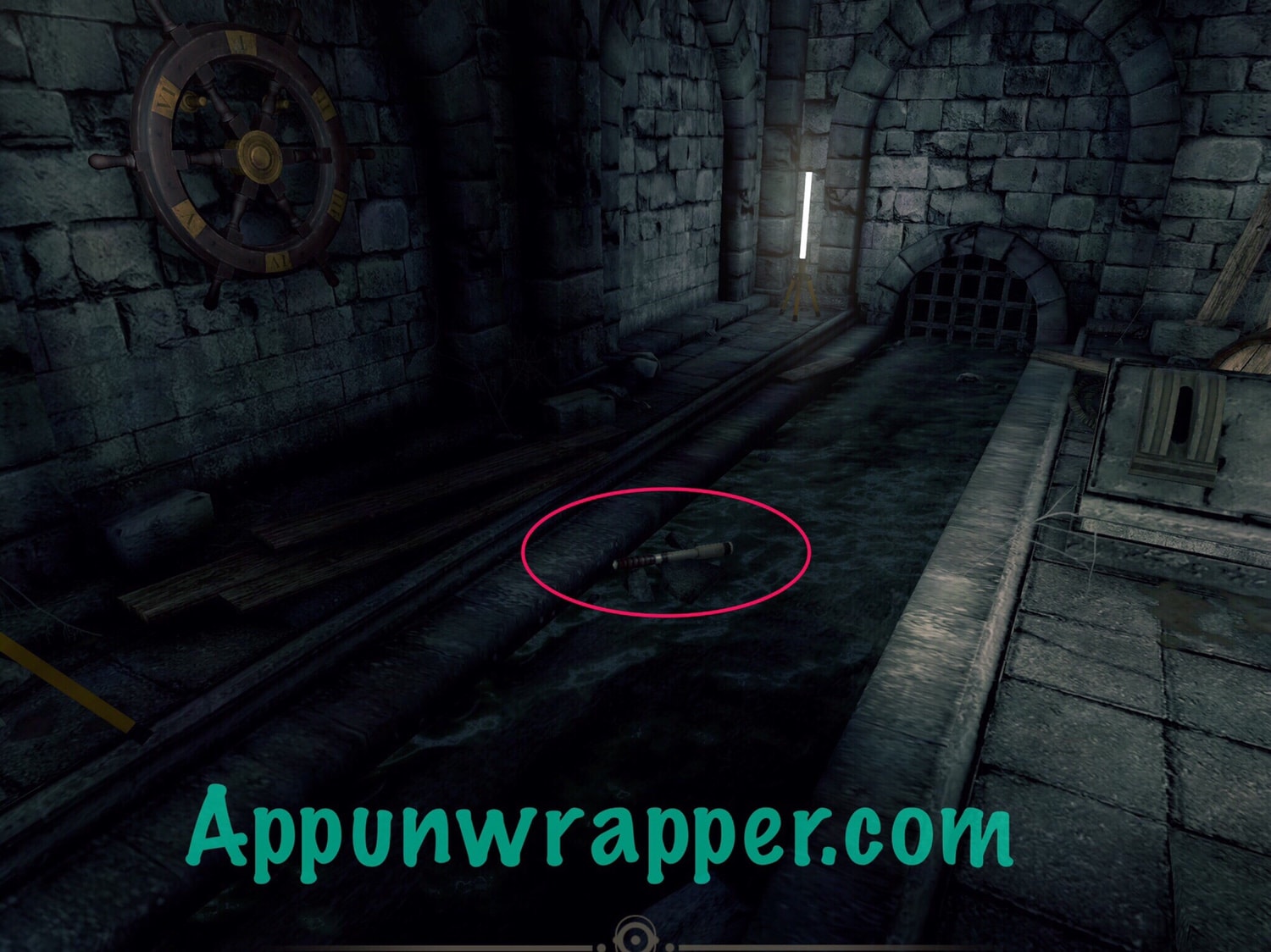 26. If you pulled the lever back in the hidden area you accessed in Chapter 1, you should have access to a little treasure alcove. Collect the 10 coins from among all the gold. 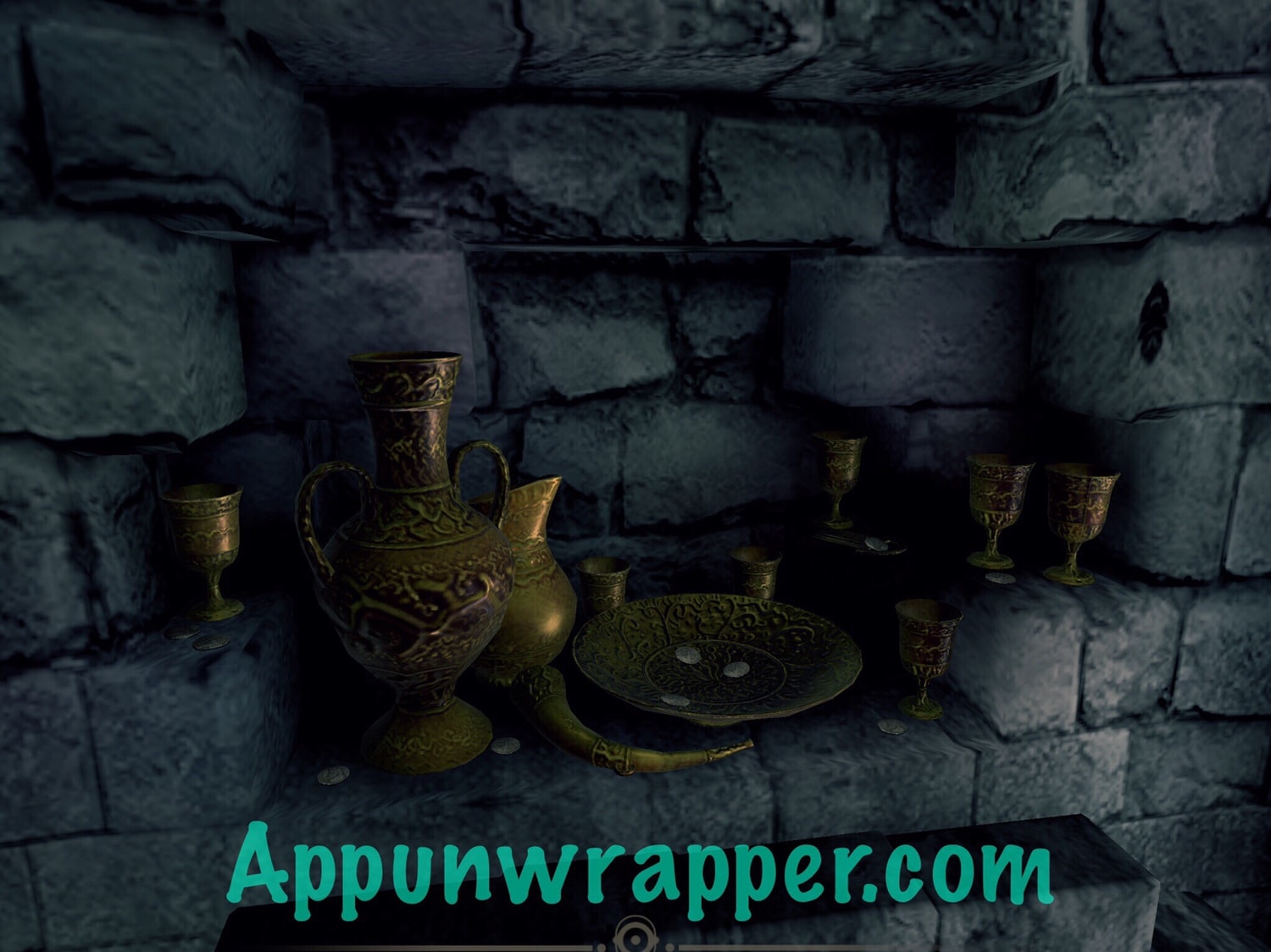 27. While you’re down here, pull down the right chain and then the left chain to reveal the constellation wall. But we don’t have any yellow orbs yet! 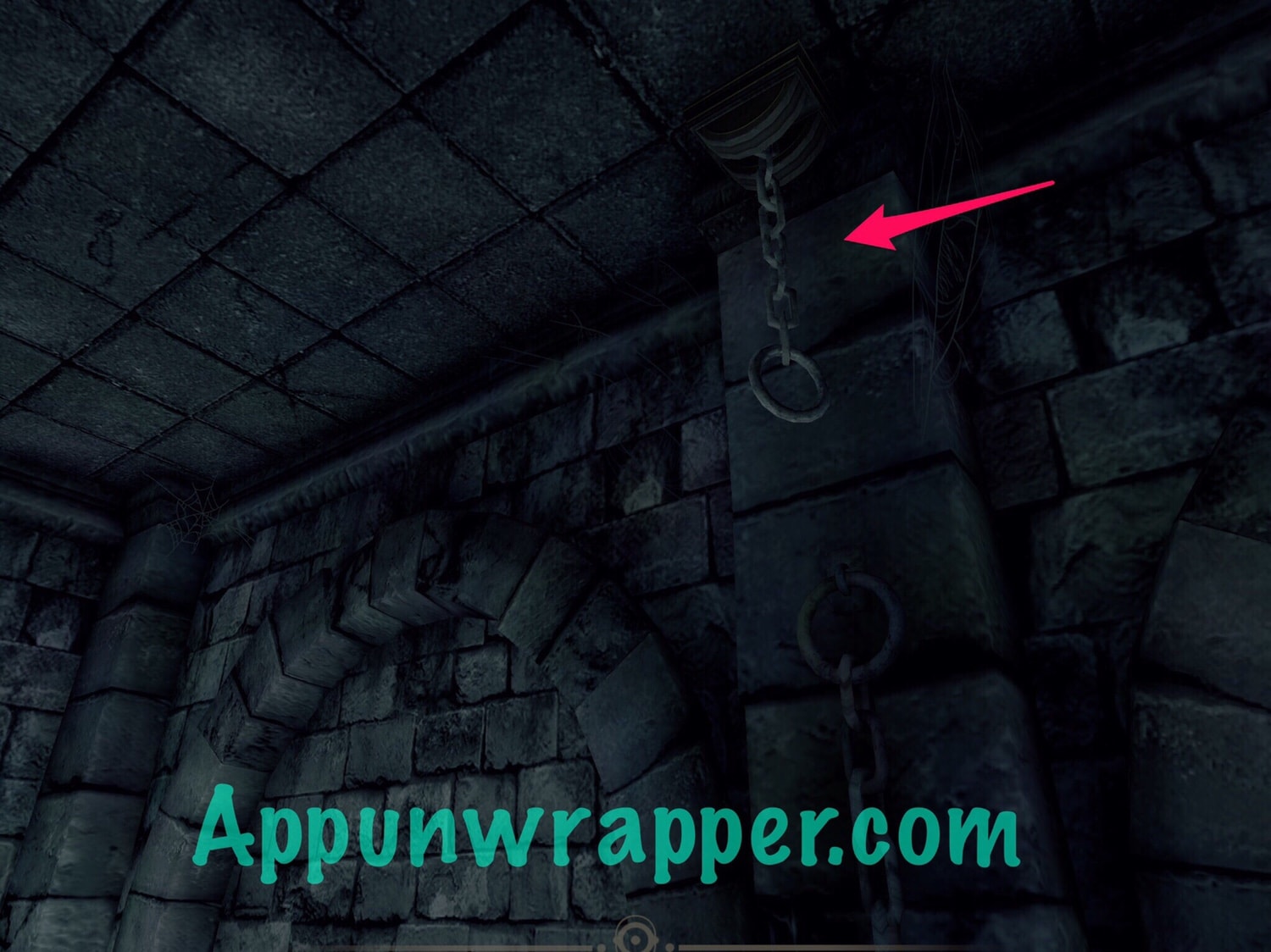 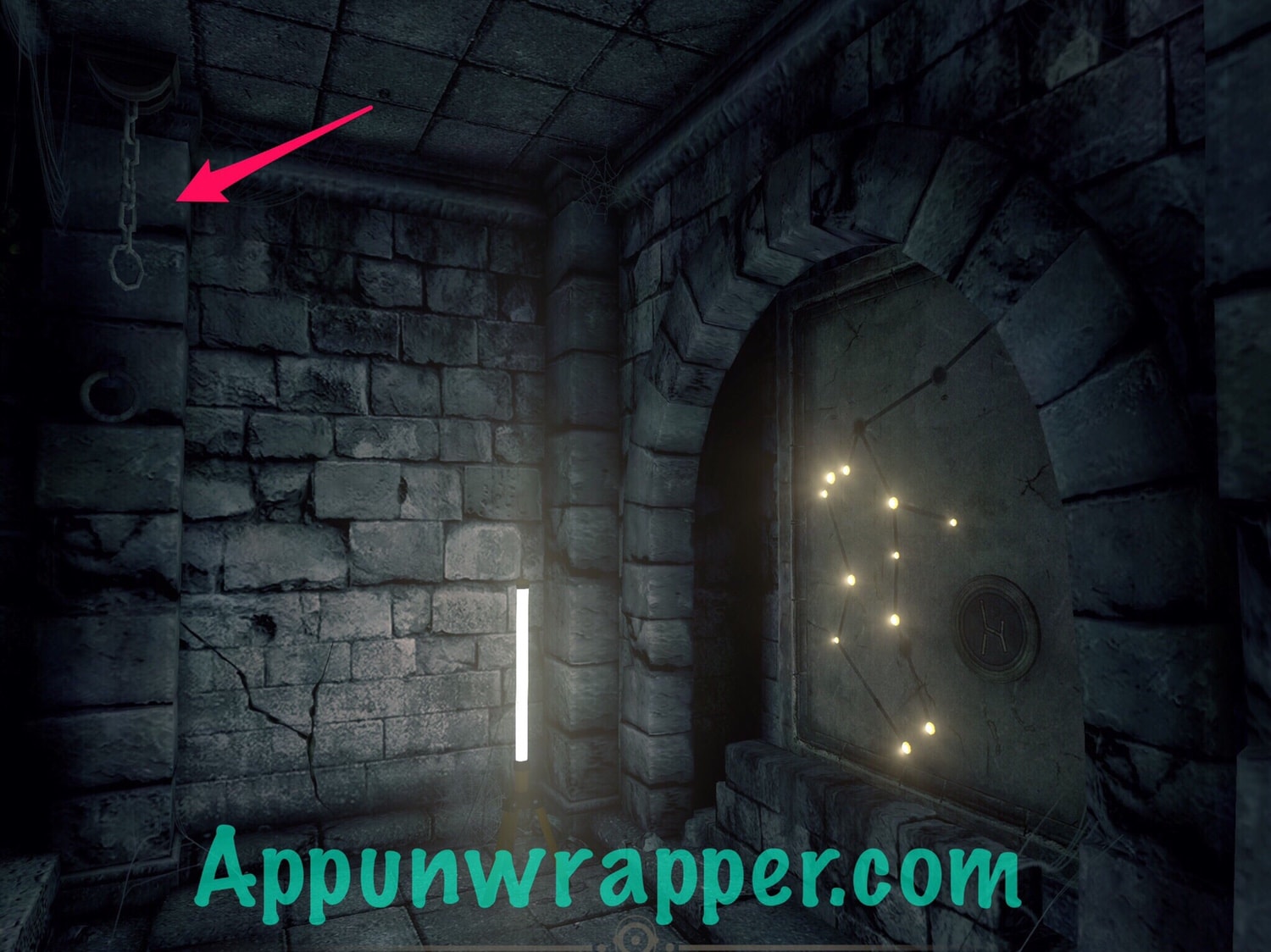 28. Look up at the ceiling for a loose tile. Slide it back and get another photo. 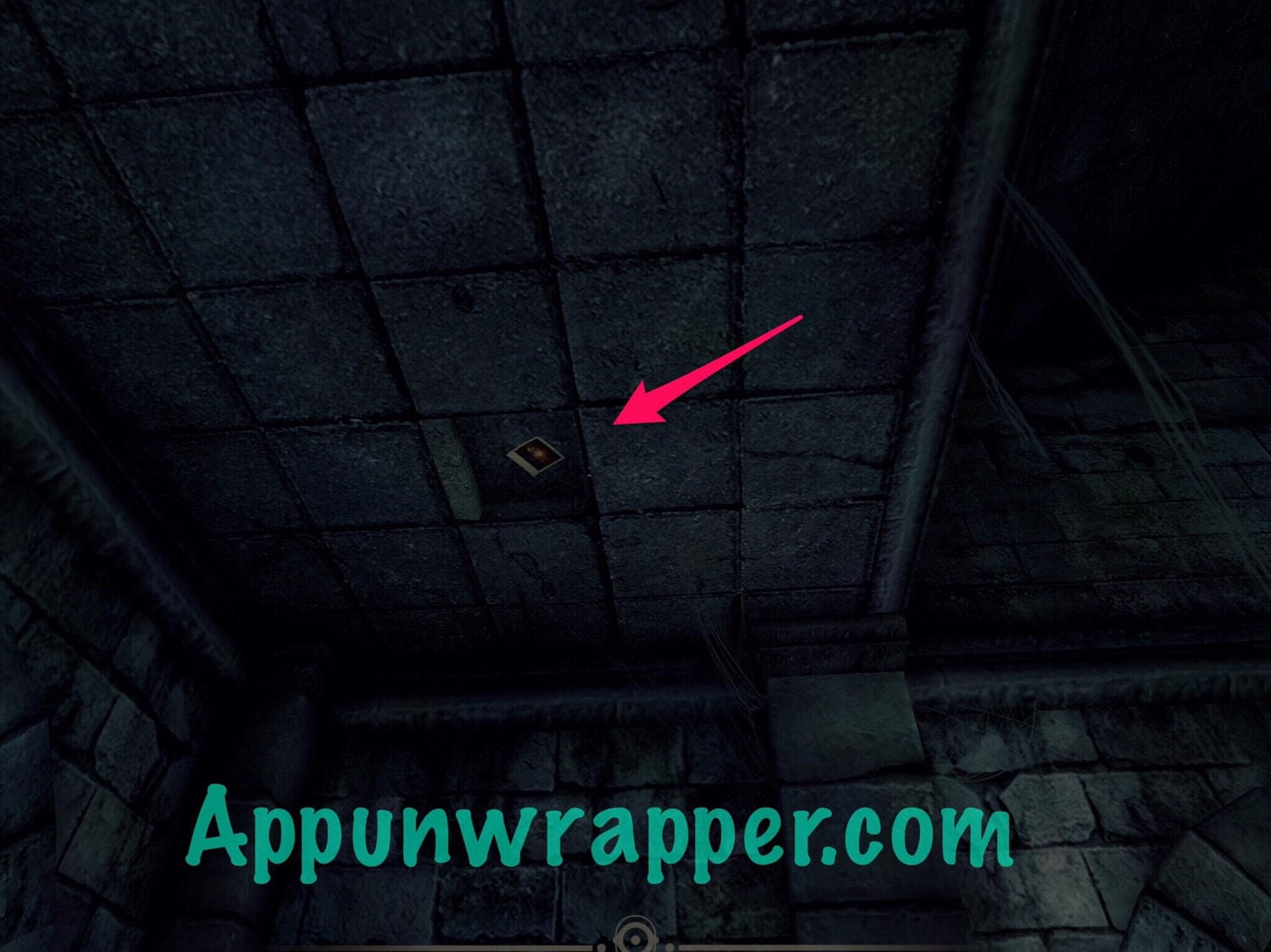 29. Look at the locked box on the barrel. There’s a clue under it for the three levers. Place all three levers in the slots and then follow the clue. It’s telling you to pull the levers in this order:

That should unlock the box! Take the server boot disk from inside. 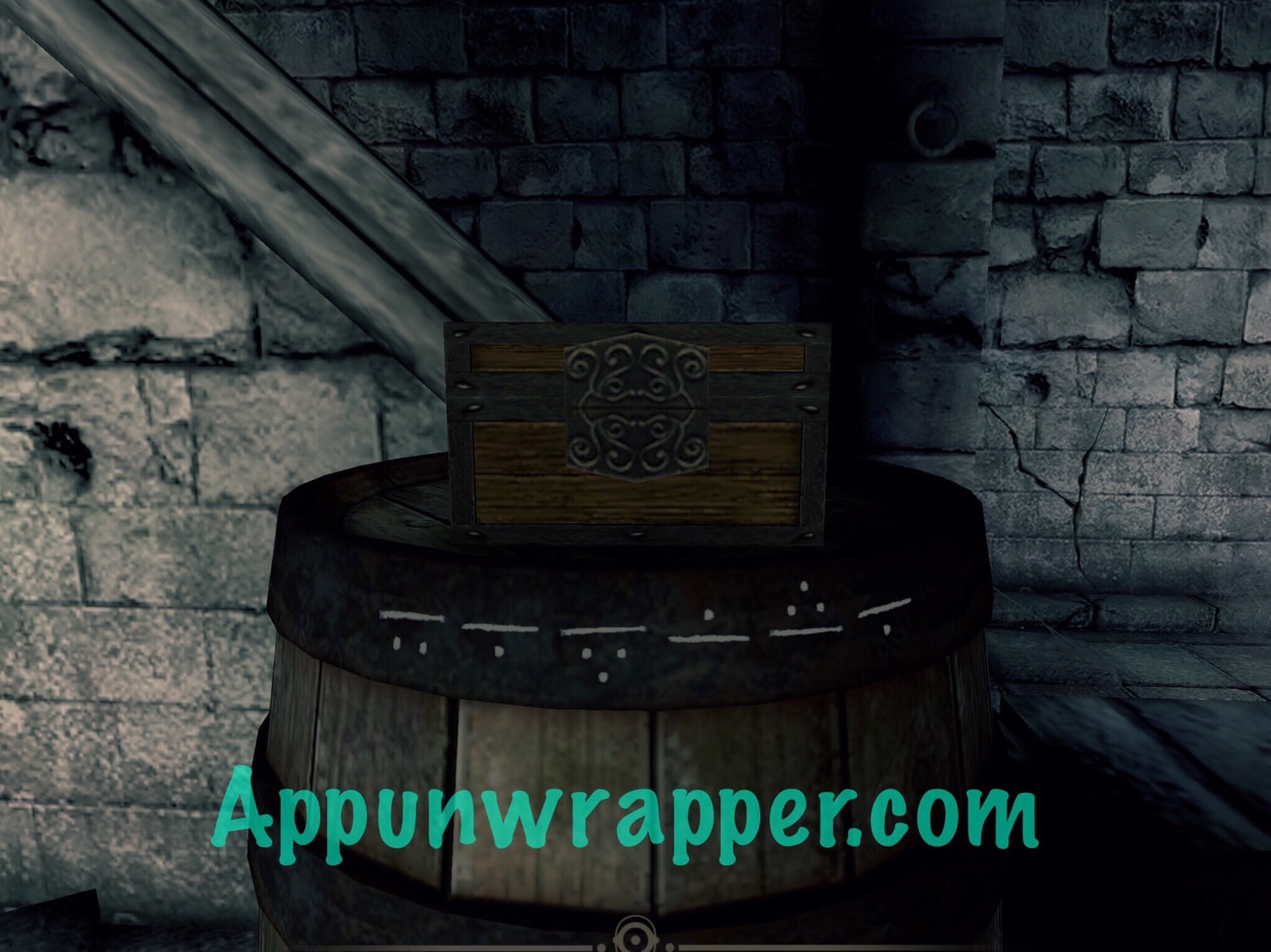 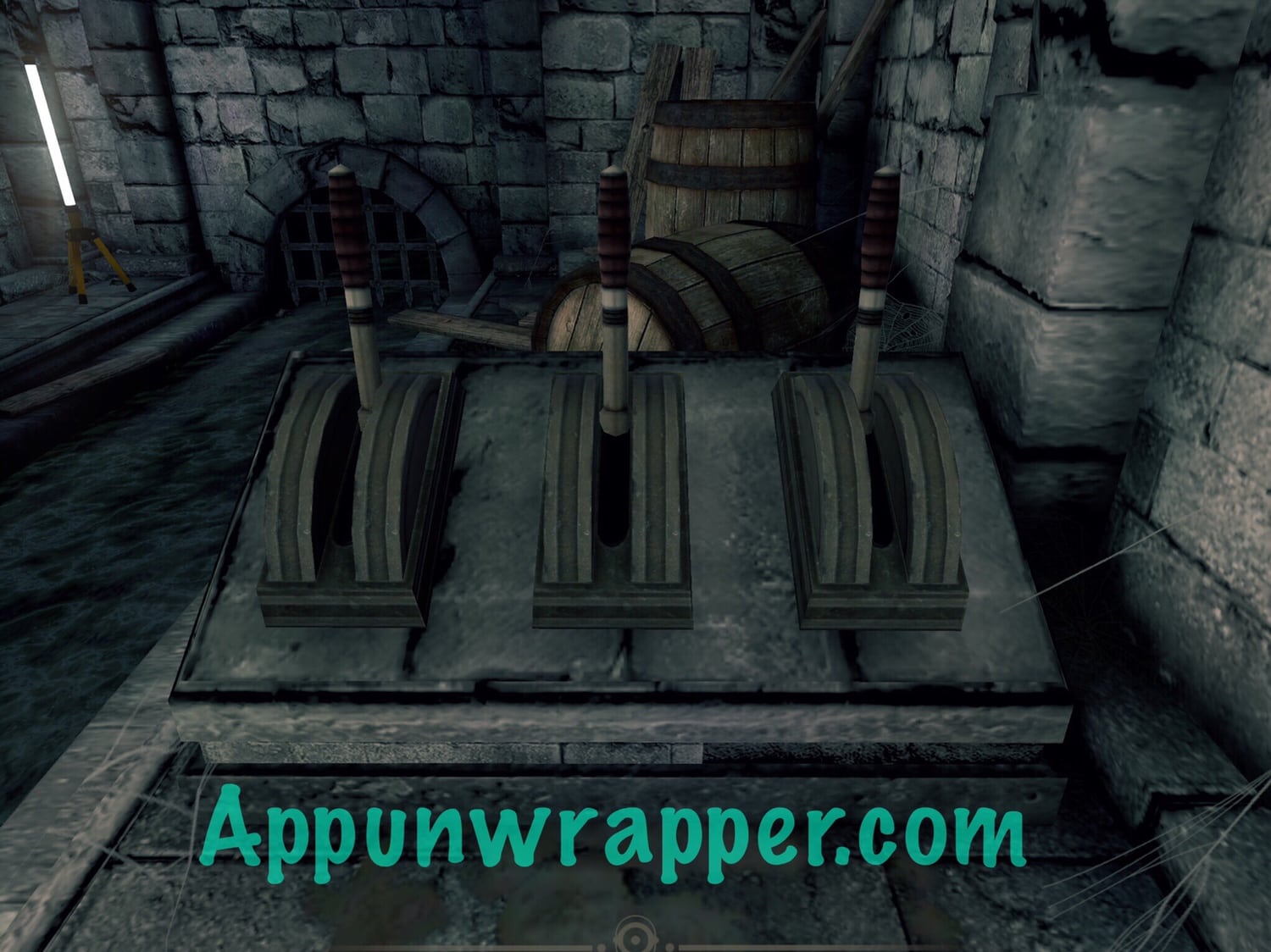 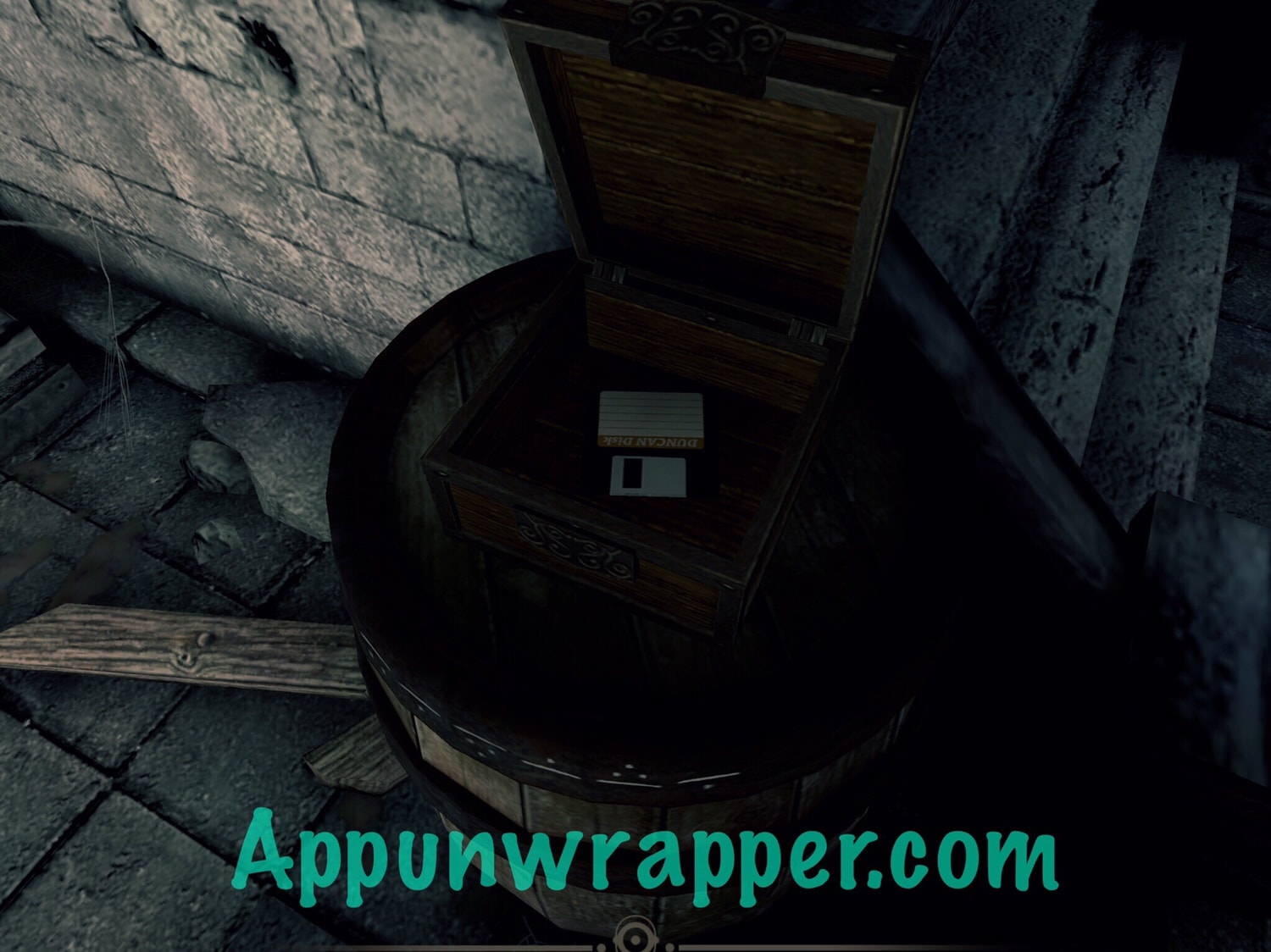 30. Go back upstairs and insert the boot disk into the computer. 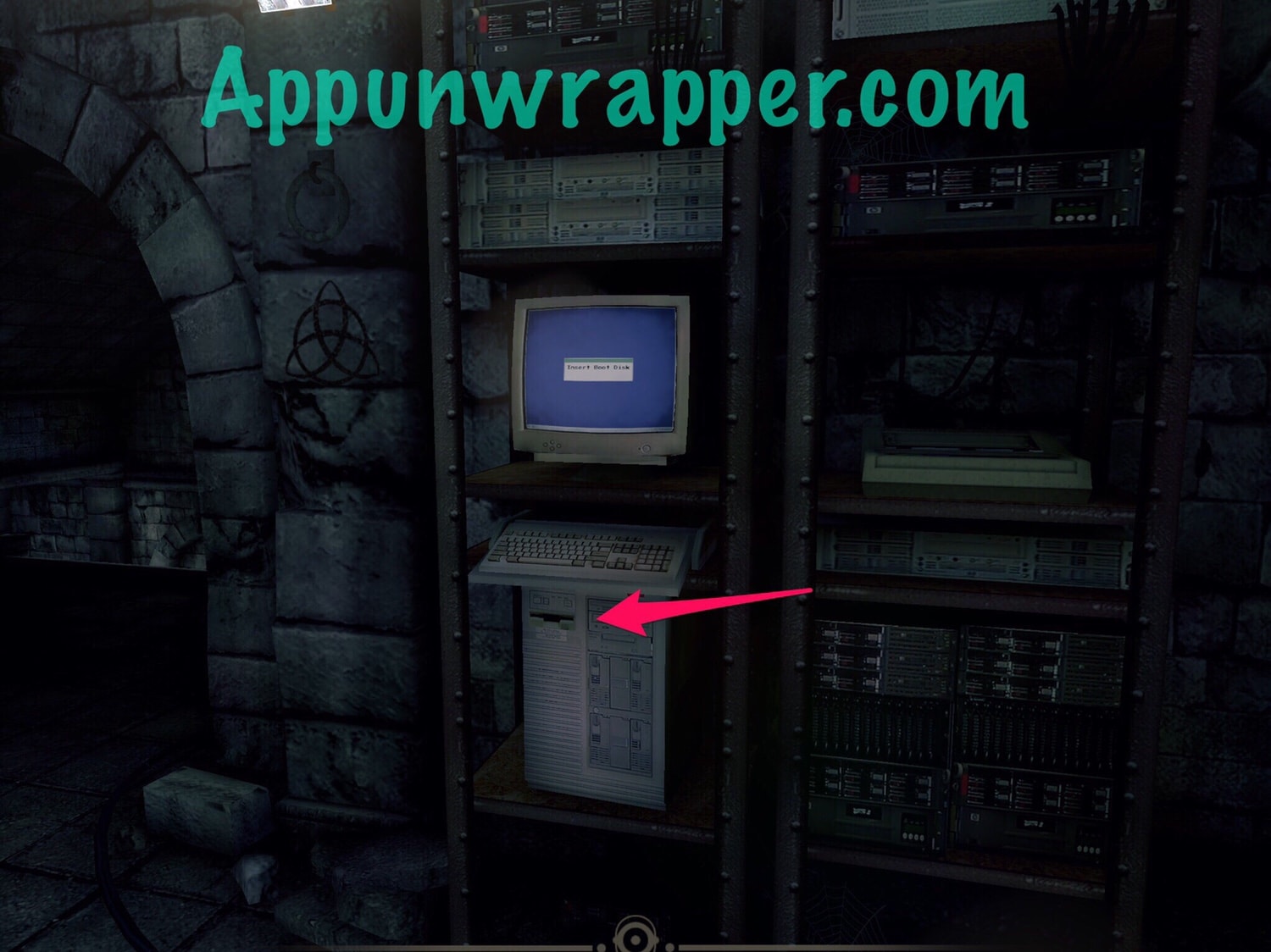