Unavowed is the latest point-and-click adventure from Wadjet Eye Games. Unfortunately, it’s not on iOS yet, but I decided to cover it anyway. This is the third part of my walkthrough guide and will take you through the second case at Gun Hill Station in the Bronx.

You can watch my video fot the Bronx or continue below for my step-by-step guide.

2. When you’re done with Eli, head to Kalash. He’s in middle of some strange conversation! When he’s done, talk to him as much as you want and then call another meeting. Eli tells you he did a thaumaturgic scan on the ritual knife and found traces of the demon’s energy so he can track places the demon’s been to.

3. After the meeting head back to the subway. You now have a choice between Astor Place again, Gun Hill in the Bronx, or St. George Ferry Terminal in Staten Island. I chose the Bronx first.

4. You can talk to the MTA worker, but he doesn’t have much to say yet. Head right to the corner and you’ll have another vision. After the vision, head back left and this time you can ask the MTA worker where Eddings House is.

5. Head left. Pick up the brick. Then head down the block to Eddings House. The door and garage are locked, so check out the back of the house.

6. The house is talking! It’s writing on its window that it needs help. You’re too weak to throw the brick at the window, so give it to Mandana and she’ll throw it. Try to go through the window and Mandana will give you a lift.

(If you went to Staten Island before the Bronx, you’ll have the choice to bring Vicki with you on this mission. You can then have her shoot the window instead of using the brick.)

7. Now you’re inside the house and can have a conversation with it. Pick up the screwdriver from the floor and then head through the door to the left. 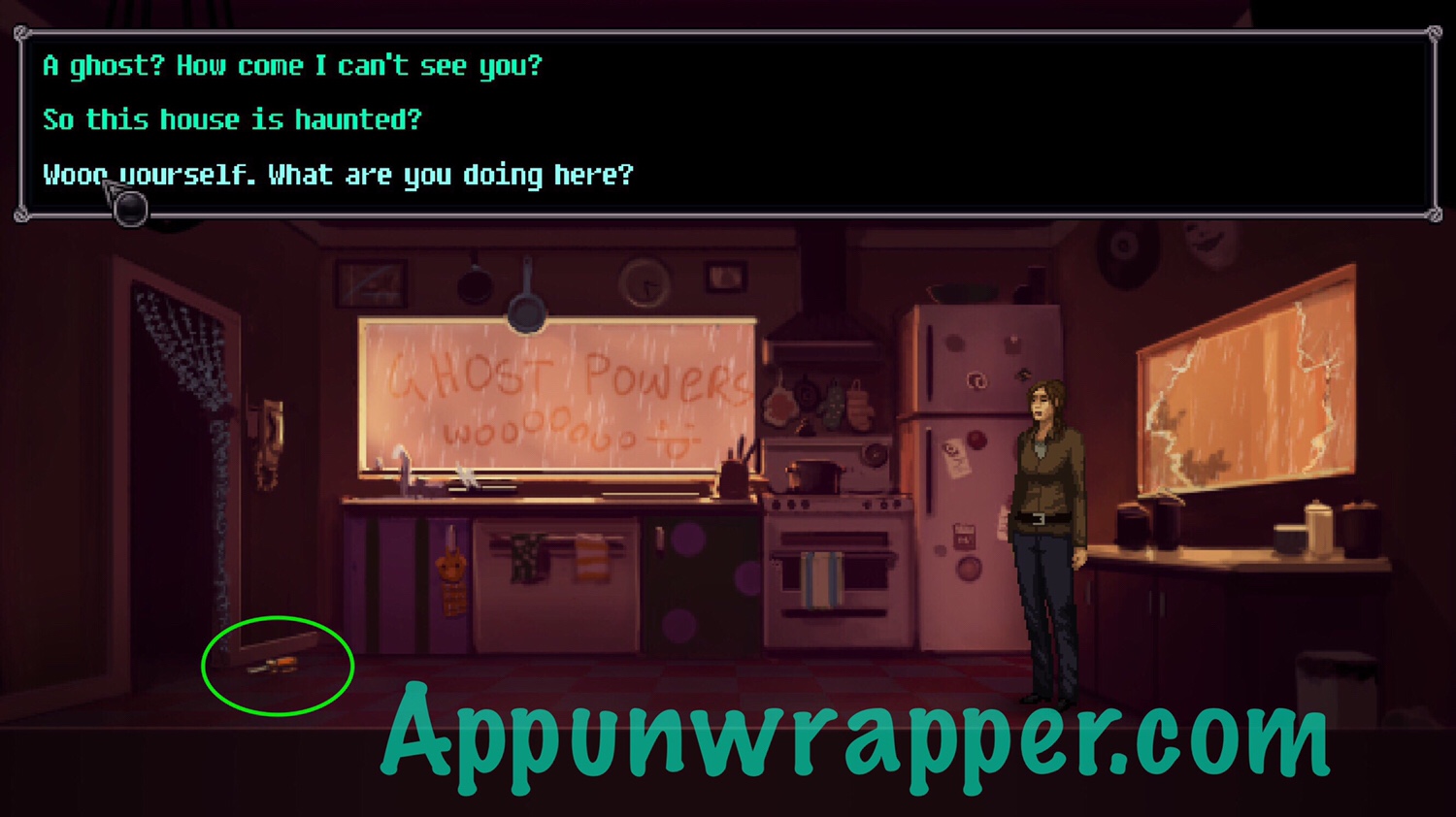 8. Unlock the front door for Eli and Mandana and then go back inside with them. The ghost introduces itself as KayKay, a spirit guide, and tells you to go upstairs.

9. Head upstairs. There’s a dancing hula girl! Grab her. Then head through the leftmost door at the end of the hall to enter the bathroom. Talk to Logan and learn about him. He’s a Bestower! He can talk to ghosts.

10. Logan asks you to find out the names of the three ghosts who lived here. So leave the room and look through their stuff. Enter the left bedroom and search through the trash to find some ashes. Someone burned a notebook! We’ll fire read it soon.

12. Head back downstairs. Take a look at the photos on the wall. The license plate on the car says ART R8 on it. So his name is probably Art? 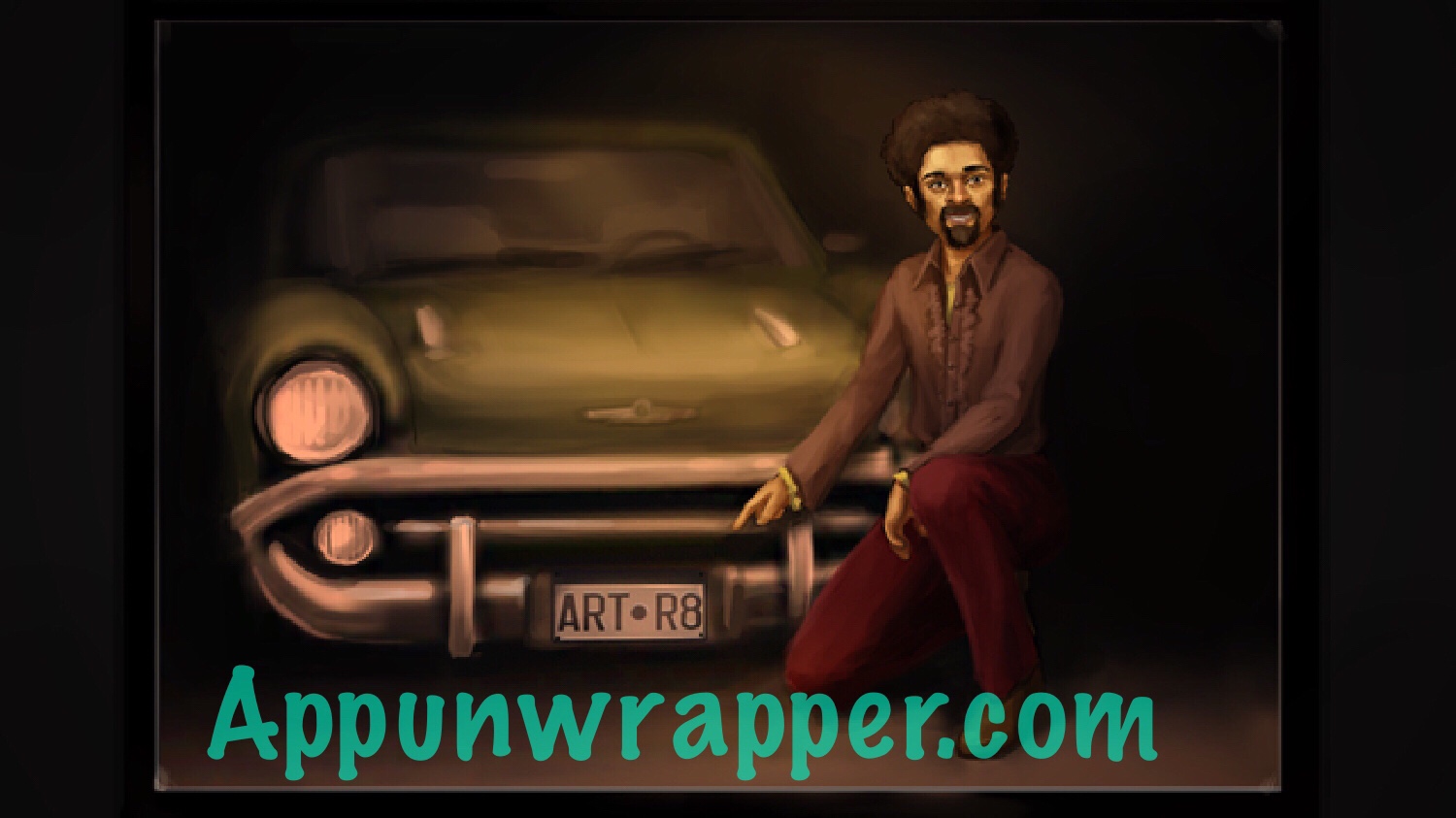 13. Go outside and talk to Eli. Ask him to fire read the ashes from the trash can. It’s some journal entries and mentions more names. Art and Jess Eddings are a couple. Arabelle is a doll? And the third resident of the house is named Dana, who wrote the journal. It sounds like she killed their dog?! Oh no! 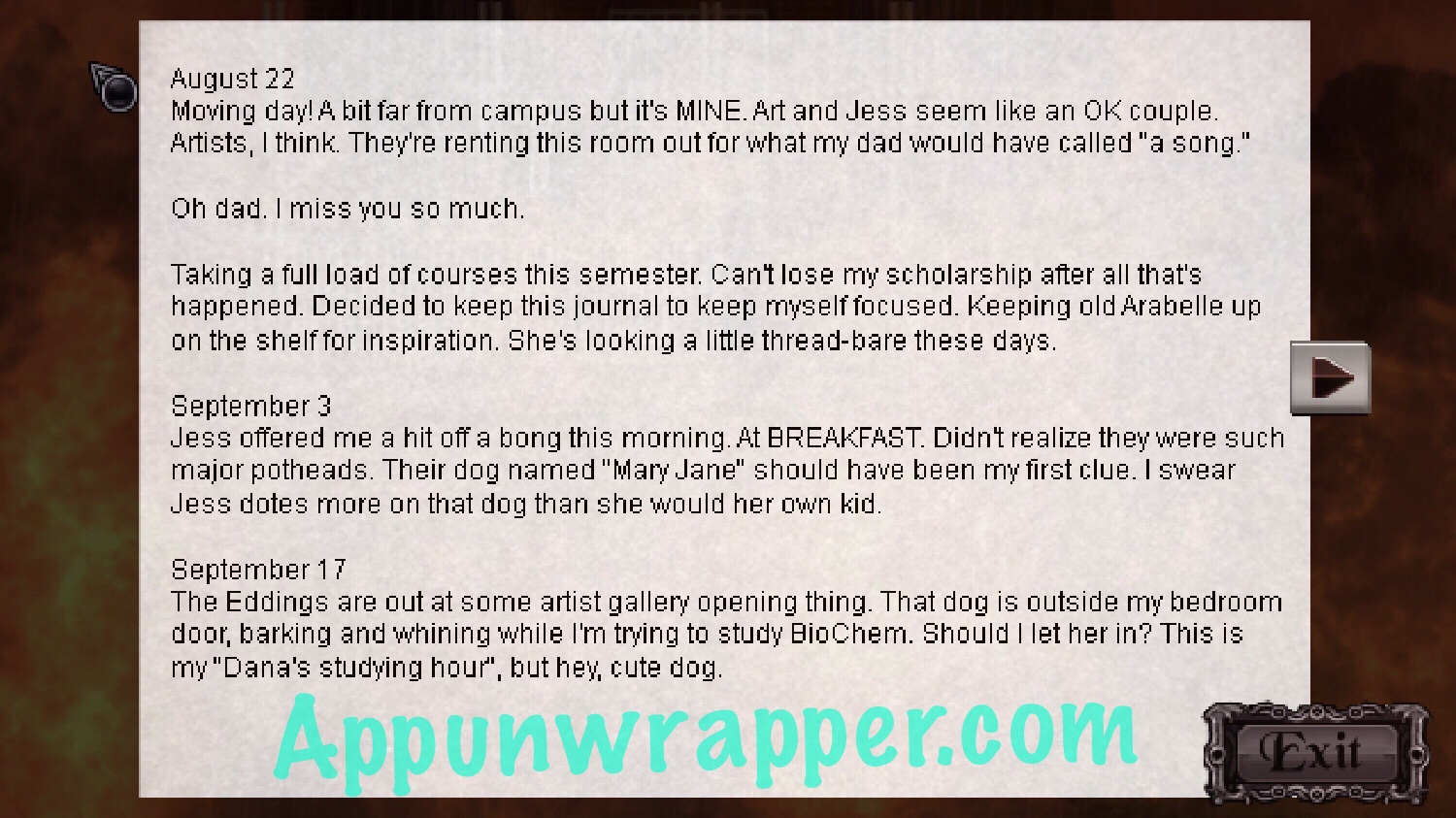 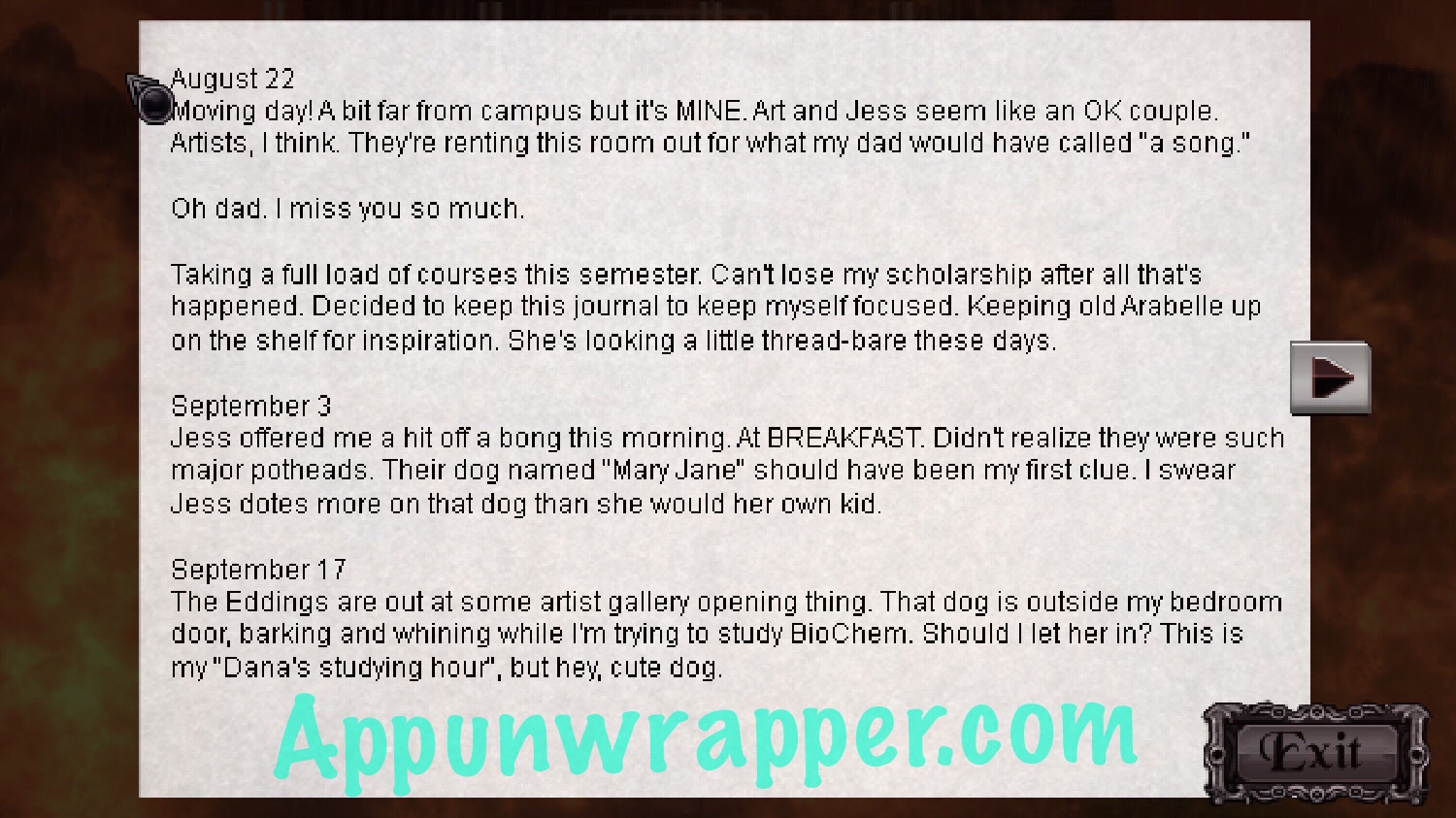 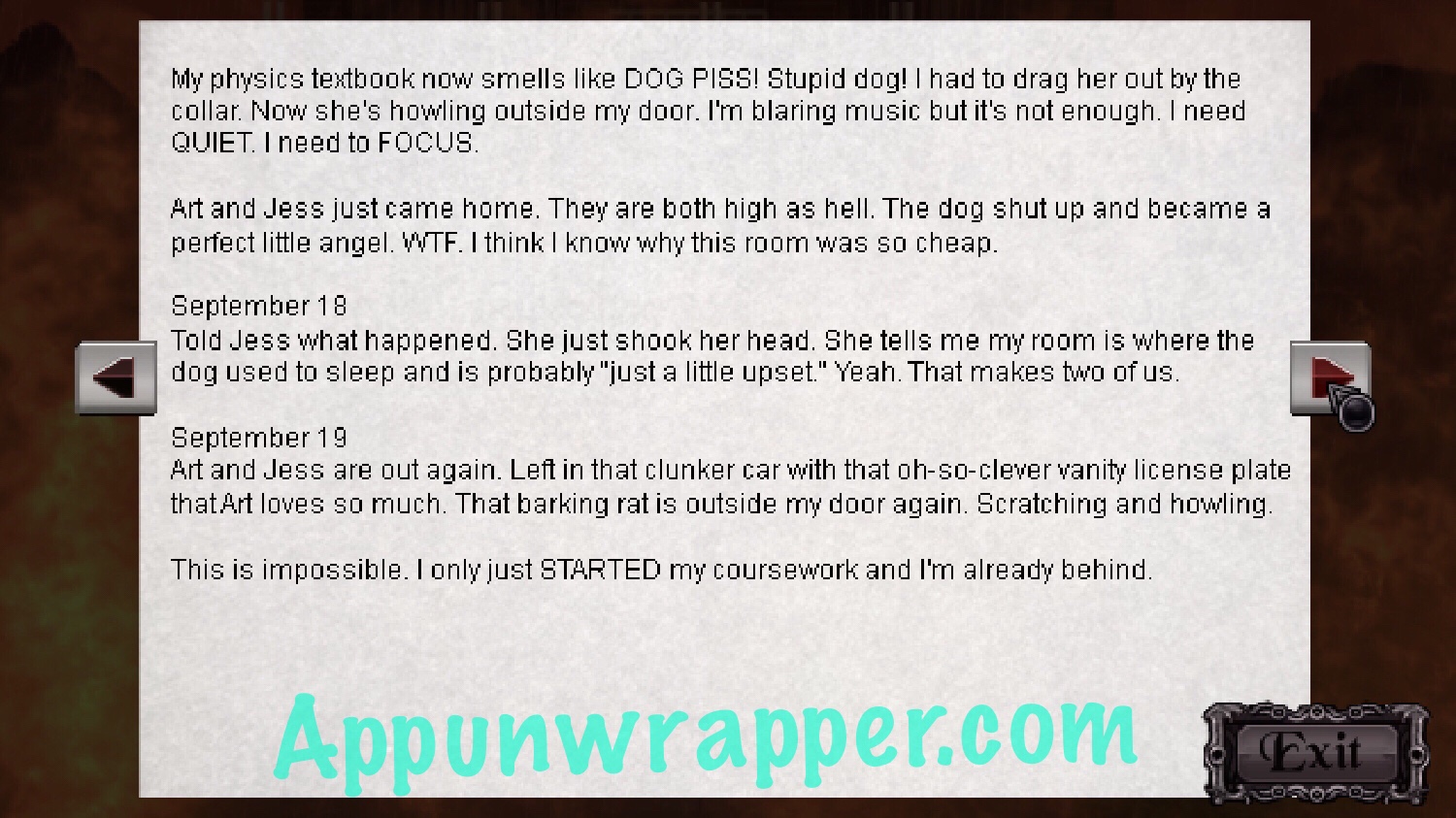 (If you went to Staten Island first and have Vicki in your party instead of Eli, you don’t get to see the journal entries. Instead, go back to the MTA worker and ask him their names.)

14. Go back to Logan and tell him you found the names Dana, Art and Jess. The ghosts go all poltergeist, but Logan lets you ask him some questions so find out everything he knows. He wants you to find some objects that are important to the ghosts.

15. Go back to the master bedroom, the one on the right. Another vision! The man your demon had an affair with mentions that he kept a memento under his “heart rate” in the garage and that the key fob is taped to the mailbox.

16. Head back downstairs and you’ll have another vision. Dana admits to poisoning Jess’s dog and then Jess gets her revenge.

17. Head back outside and get the GarageMate key fob from the mailbox. It’s missing a battery. Examine the hula dancer. Use the screwdriver to open the battery case and take the battery. Add the battery to the key fob. Use it to unlock the garage door and go inside.

18. Pick up the shovel. Remember, Art said the memento is under his heart rate? The car’s license plate says ART R8. Or RATE. Use the screwdriver to remove the license plate. There’s a photo underneath it of you and Art. Take it.

19. Go to the back of the house again. You’ll have another vision, this time of Jess and Art arguing and threatening each other. Use the shovel to dig up the roses and take the dog collar from the little coffin.

20. Go back to the front of the house for another vision. Art killed Jess! And then himself!

21. Go back upstairs to the master bedroom and open the closet. There was a beat-up doll in there and Dana mentioned one in her letter. So take it.

22. Go back to Logan and tell him Dana killed the dog and that Jess killed Dana and Art had an affair. He asks for proof of them all. Show him the photo, the dog collar, and the doll. Now all three ghosts can move on! Case closed!

23. Now you can talk to Logan and he asks to join the Unavowed. This means you can choose to have him join you instead of Eli or Mandana. Logan and KayKay join you and then you head back to headquarters.

Click on the section you need below or click here to continue to the next page of the walkthrough.