I confess I’m not the most skilled player when it comes to these hardcore hack-n-slash platformers. But I figured I’d save people the same aggravation I experienced in case anyone out there is having trouble like I was. So while I won’t be making a complete video walkthrough for Grimvalor, I will offer tips and tricks that I think are useful.

– Grimvalor uses on-screen buttons, which can be a little problematic in the heat of the moment if your fingers haven’t memorized the locations of the buttons. I’ve often pressed DASH when meaning to JUMP and vice versa. This is a game that’s probably best with an MFi controller.

As you progress, the game will teach you new actions, but the basics are:

Small Jump: Tap the JUMP button quickly to make a short jump between a spiked ceiling and spiked floor.

Jump: Press and hold the JUMP button to make a higher, longer jump.

Double Jump: Press the JUMP button while already in the air to jump again.

Jump Dash: Sometimes, you need to reach a point that’s both high and far from reach. You can first jump and then dash mid-air to get further.

Light Attack: Tap the ATTACK button to attack enemies with your Light Attack weapon. You can also hold down on it to continue attacking.

Charged Attack: There are two Charged Attacks that use your secondary weapon. If you have enough energy, you can drag the ATTACK button left or right to do a charged dash attack that will knock enemies down. You can also use it to smash through weak walls to find hidden passages. A bit later, you get the downward charged attack. By dragging the ATTACK button down, you can smash through weak floors to get to a hidden passage.

Wall Climb: Jump onto a vertical wall and continue running to climb up it. There is a limit to how high you can climb, but that usually just tells you that there’s nothing in that direction.

Potions: Once you pick up the Mending Flask, you can tap and hold anywhere on the screen to drink your healing potion. Fill it up at any healing station. You can also buy extras from the trader if you have the spare change.

Pick Up/Interact: If you’re near loot that needs to be picked up, or a treasure chest that needs to be opened, or a character you need to talk to, your ATTACK button changes into a hand and you can then tap it to interact with that object.

– Early on, you have to traverse the map completely on foot. But later, you’ll start unlocking Nexuses (Nexii?) that allow you to teleport to another Nexus. There’s still some backtracking involved, but it’s a lot better than going back all the way on foot.

– Use the map to see whether you’ve gotten all the loot and treasure in an area. If it says 100, you can rest easy and move on. Otherwise, look for hidden passages or high platforms you may have overlooked. 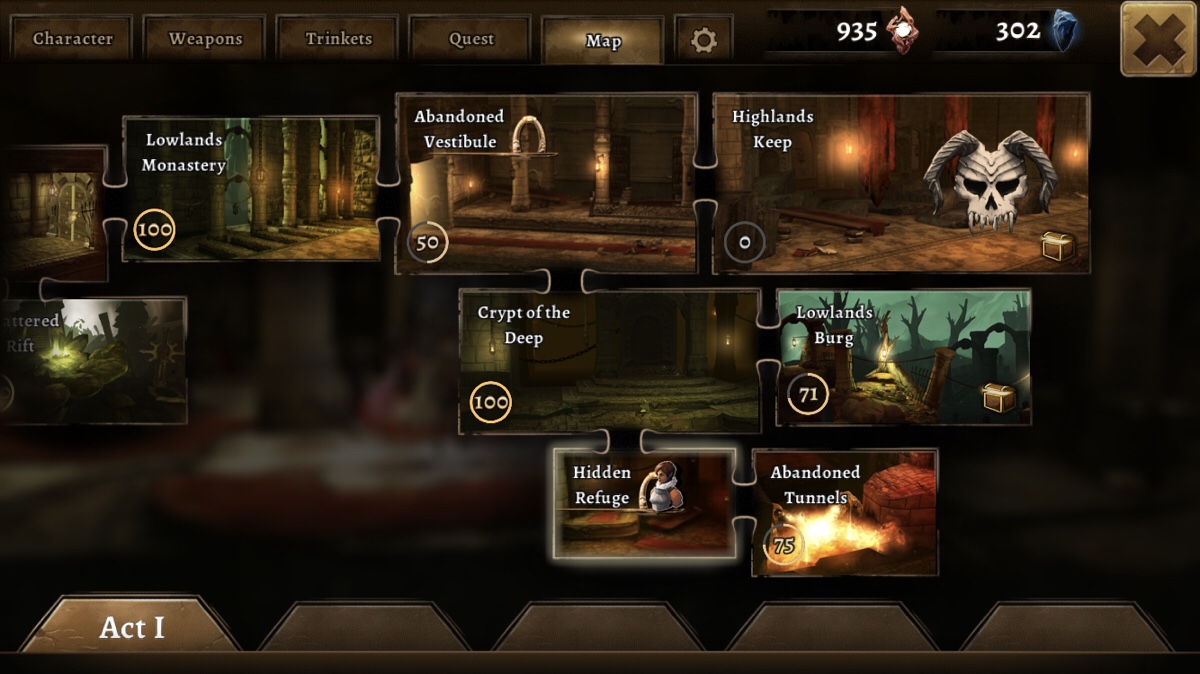 – If you’re finding the game too difficult, remember that you can grind for more currency. Note that the same currency is used to buy items as to level up, so don’t go squandering it. But it’s not too hard to find more if you spend a little extra time grinding. Most enemies respawn when you revisit an area, and they should be easier to take down once you’re stronger, giving you some easy loot.

– Fairly early on, you can reach a chest with a Charted Greataxe in it. It’s a powerful weapon that I highly suggest going for. It’s only slightly hidden and pretty easy to access, considering how great it is. 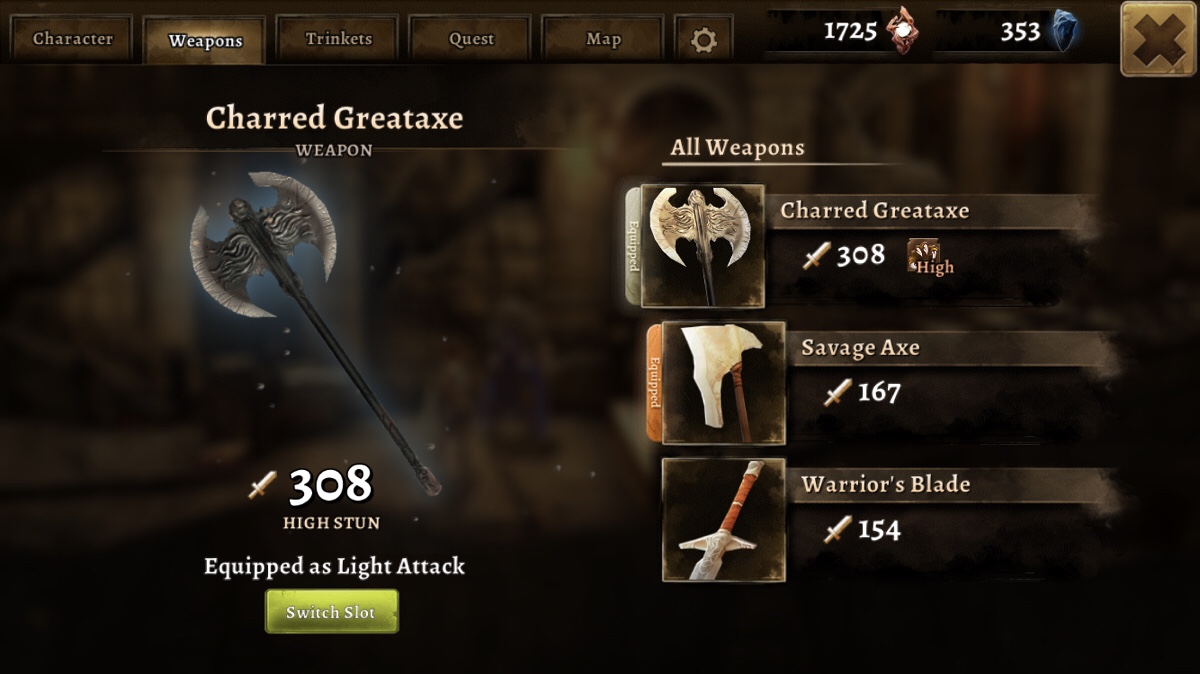 – The game saves automatically and puts you back at the last REST point before you quit the app. If you die, you also get sent back to the rest point, and I don’t believe you lose anything for it. You will have to find your way back to where you were, though!

You can also watch some video I made if you’re just curious what the game looks like in action:

More coming as I think of them! Feel free to ask for extra help in the comments section.