Someone out there might remember that last year, I played The Witness for months and then finally reviewed it right before the year ended. Well, it looks like GIMBLLL’s hectic hack-n-slash, Barbearian, is this year’s The Witness. I loved it from the very start, with its fast-paced mayhem and charming hand-drawn art style. But every time I’d get stuck on a boss, I’d take a break for a while. After butting my head up against one of the last bosses for weeks, I finally gave in and decided to lower the difficulty a bit so I could complete the game and write my review. So without further ado, I bring you my way overdue review of Barbearian.

Now, you may think that, because of the name, you’re a bear who’s a barbarian. But you’re actually a human wearing a bear skin! You’re undergoing a long sequence of tests, which means fighting hordes and hordes of enemies until your thumbs fall off. The story is a little clearer by the end, but I still had questions. The game doesn’t really spoon-feed you the story, as much of it is found on signposts you encounter or through bits and pieces of dialogue. I’m kind of ok with that, though. The quirky characters and the random stuff they say add personality beyond the artwork that already has a ton of personality. And the way the story is doled out means you’re not wasting time listening to long drawn-out speeches when you want to get to the action.

Most of your time in the game will be spent wielding a giant axe and hitting things. You hit enemies to kill them, you hit giant buttons to get teleported to different areas, you hit trees and rocks to clear them, and you even hit non-player characters to chat with them. That said, your basic attack is not quite as useful in battle as it is everywhere else. That’s because of the frantic pace of the game. If you stop to swing your axe, you’re vulnerable to enemy attacks. The key to survival in Barbearian is to never stop moving. In that regard, it reminds me a lot of Crashlands, where you had to constantly jump out of the way of red targets on the ground to avoid being hit. In a typical battle, you’ll have enemies swarming at you from every direction, so strategic use of your dash attack is what will keep you alive. It’s on a cool-down timer, so if you waste it, you could find yourself surrounded and overwhelmed.

The charmingly hand-drawn world map is broken up into little islands, each with five levels you can teleport to, consisting of three stages each. Once you clear out all the core baddies in a stage, a portal appears and sucks you through to the next stage, whether you’re ready or not. This means you can’t just run around, hacking and slashing without thinking. You need to case the joint and see which groups of enemies should be taken down first. Otherwise, you could end up taking them all on at once. You also want to locate the trapped prisoner, treasures chests, healing well and the Spongebob-like creature in each stage. If you free the prisoner before their tank explodes, they’ll join your ever-growing army of minions. If you kill the Spongebob creature before he gets away, he’ll drop lots of currency, as well as a nice weapon for you. So even though things are frantic, the map is fairly large and you do have time and space to scope things out. But again, you want to keep moving to avoid dying. If you die before completing all three stages, you lose some currency and have to start back at the first stage. But the layout is procedurally generated each time, so even if you have to start over, it’s not the same exact experience. This kept things from getting overly repetitive even when I was replaying levels to get any minions I missed.

After you clear all five levels of an area, you’ll have to win a fierce boss battle, and then a new area will unlock. You’ll also be able to use any currency you gathered to buy more max health, more max spirit energy for summoning minions after they die, and even unlock new limited-use weapons. While your axe can be upgraded a few times, the other weapons act differently. Basically, each time you open a chest or kill certain enemies, a random weapon from the ones you’ve unlocked will drop. There’s a machine gun, a burger mine, a candy hammer, and my favorite, the lightning orb. All nine weapons perform very differently and require some skill to wield. Some can even cause self-harm, like the flamethrower. These limited-use weapons, together with power-ups that offer things like temporary invincibility or super speed, can be what tip the scales in your favor and allow you to win a battle.

But as nice as all that is, the minions are a big reason of why I stuck with the game. Sure, the massive battles are fun, but taking on the swarms of enemies alone would have been too daunting. As you progress, new enemy types are added, and they become increasingly difficult to manage. You might even have some that can’t be damaged until you destroy a crystal in another area of the map. So it really helped to have my minion army helping with both attacking and distracting. As much as I love the game, my thumbs get tired from the non-stop action, and being able to fall back a bit on my army helped keep me sane.

In general, when a game gives me a pet or NPC assistant, I usually play it safe and run around avoiding danger while they do most of the heavy lifting. It’s just my play style. In Crashlands, I would run around in circles letting my pet do most of the work. In Barbearian, my tactics were similar, especially since I had to ration my special attacks. But with boss battles, you can’t rely so much on your minions, and have to take the boss head-on. That’s usually when my thumb got sore and my reflexes got tired and sloppy. So the bigger battles were more my speed, where I could let my minions distract enemies while I looked around for the best route to take.

Now, let’s talk about the controls a bit. Unfortunately, all actions are performed using on-screen buttons, unless you have a physical controller to use. Normally I would shy away from on-screen buttons, as I find they take too much of my attention away from the action. But Barbearian has fully customizable buttons, so you can move them anywhere you want. It took some tweaking over time, but this allowed me to find the most comfortable setup, placing the buttons where my fingers naturally land. I still wish the joystick could have been floating, so it works anywhere your left thumb lands. But that would likely interfere with the Rage button. In any case, I think the developer did a pretty good job, all things considered. If a game has to have on-screen buttons, this is the way to do them. 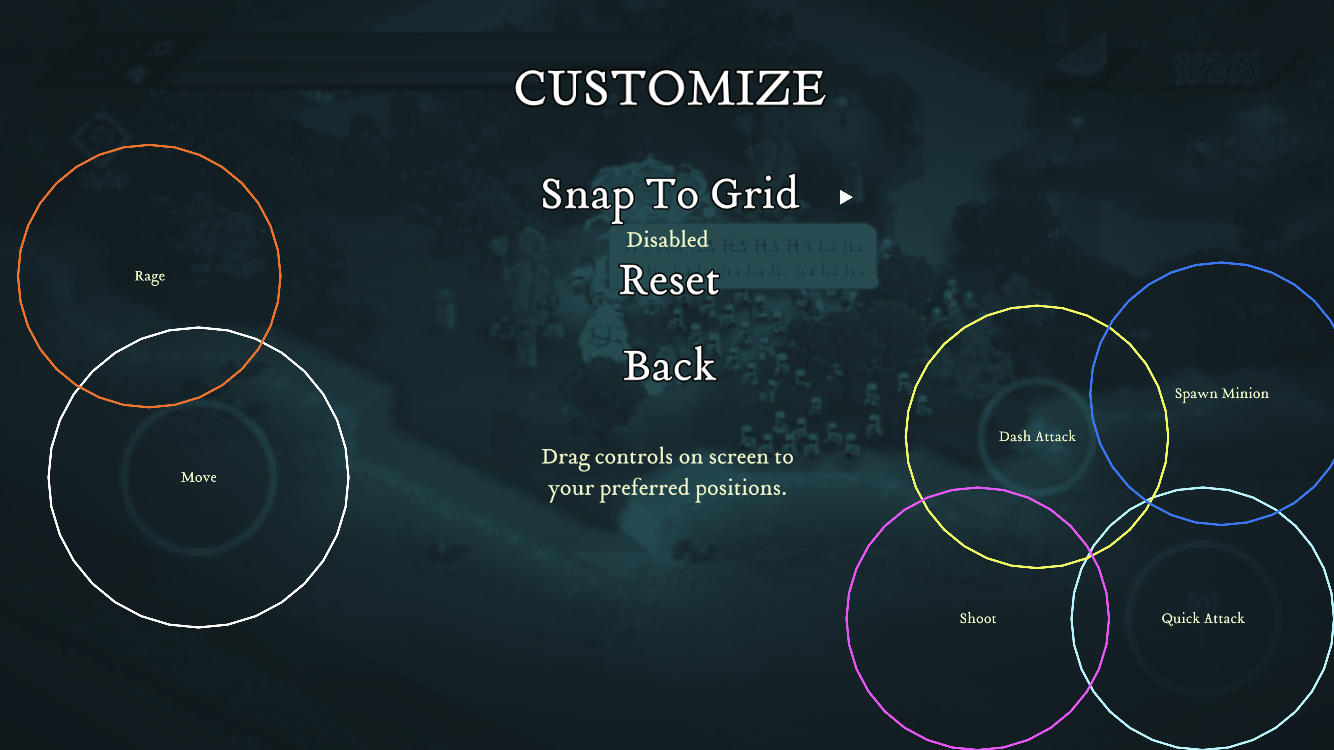 In addition to customizable controls, there are multiple accessibility options, ranging from game speed to loot value, even the option to hold a button for auto tapping to make it easier on your hands. But perhaps most importantly of all, you can adjust the damage taken from enemies whenever you want. If you’re having trouble with a particular battle, you can set it so you only take 75% damage, then raise it back to 100% after. The developer doesn’t consider it cheating. He just sees it as a way for players to make the game enjoyable for them. After all, there’s no leaderboards or any sort of competition, so why not? It made a huge difference for me knowing that if I’m struggling I can always adjust the difficulty, something I wish more games would offer. Just knowing it was there was a huge help, even though I refused to adjust the difficulty until I was close to the end of the game. I stubbornly fought it because I really wanted to beat it without Γò¼├┤Γö£├ºΓö¼├║cheating,Γò¼├┤Γö£├ºΓö¼├æ but I finally gave in after about thirty failed attempts at one of the last bosses. But because of those settings, I was able to finish the game. Without them, I might have just never seen the ending. I wish more games would give players this control. Respect players enough to let them decide how much of a challenge they want. 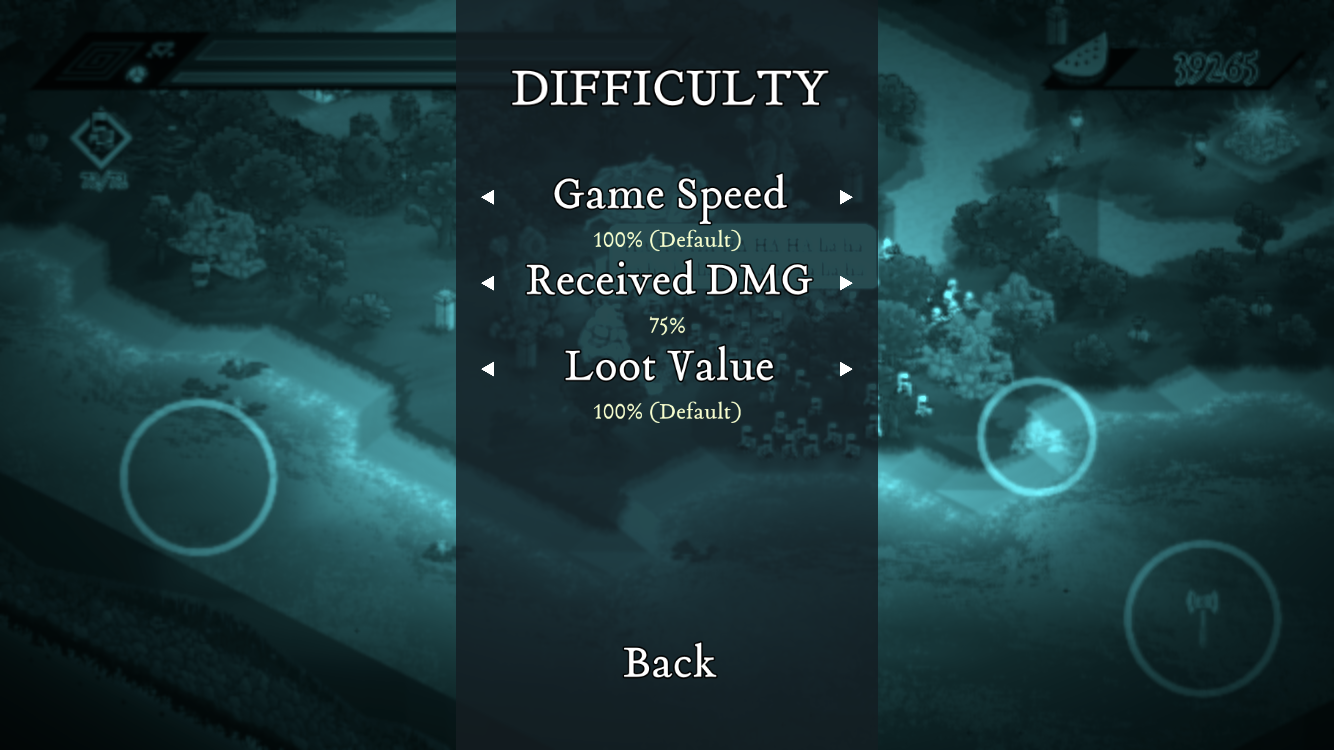 iCloud sync was also added in an update, and after playing first primarily on my iPad, I synced my save over to my iPhone and have been playing there ever since. As much as I like the bigger details of my iPad, I could never get the control placements to feel just right. It was much easier to do on my iPhone. The iCloud sync is also in the player’s control, instead of being automatic. Basically, this is a developer that respects players enough to give them choices. The iCloud sync also means that I can still revert to a slightly older save and try to beat that difficult boss without lowering the difficulty.

There’s really so much to love about Barbearian. It’s a fairly large game, and the map is hiding a whole bunch of secrets, meaning you’ll have things to do even after you complete the main campaign. There are also Master Class battles that challenge you to take on hordes of enemies using only a single type of weapon and nothing else. There’s no penalty if you lose, so it’s a great way to both practice using different weapons and also just mix things up a bit when you need a break from the main campaign. Even if you’re not usually into these kinds of games, or think you’ll find it too difficult, the accessibility options should make it doable for just about anyone. And with its unbearably cute artwork, impressive animations, and spot-on sound effects, you’re bound to have a blast even if you make it easy enough that it’s bearly (get it?) a challenge at all. There’s so little to complain about, that I feel almost silly mentioning the lack of an endless mode and the achievements that the Steam version got. This is a game that was designed first and foremost with fun in mind. Whether you like a challenge or you don’t, Barbearian is sure to give you what you seek. So grab the game here and start hacking your way to victory!