I’m always on the lookout for the next great puzzle game, so when I saw news of Roterra a few months back, I knew it was something I had to play. The game was created by Dig-It, a woman-owned studio, and it stars a woman named Angelica, the rightful queen of the land of Roterra. After her brother, Orlando, steals her throne and chases her off, she has to make her way back to the kingdom using her wiles and the help of any friends she makes on the way. It’s meant to flip on its head the whole idea of a damsel in distress, and I’m happy to see more games focusing on strong female protagonists, even if it’s a bit too on the nose here. The game itself is a little rough around the edges, but it’s brimming with great ideas that make it very well worth playing.

Let me get this out of the way first. I’m not a fan of the whole Minecraft look, so for me this isn’t the most visually-appealing game. It feels like Monument Valley in many ways, but it certainly doesn’t look like a piece of art that I’d hang on my wall. Still, I was able to overlook that because I found the puzzles fun to unravel. There are no impossible landscapes here, but there are a lot of buttons to press and switches to activate. The world is made of cubes, and some of them are fixed while others can be rotated. The goal in each level is to create paths that allow Angelica to make her way to the exit. Since they start off incomplete, you need to figure out how to complete them. And rotating those cubes is usually how. Sometimes you need to step on a button to rotate a cube or make a cube rotatable. There are two kinds of cubes — those that are stuck on one side but that side can be rotated. And the other kind can be fully rotated to any of its sides. The more interesting puzzles have you reusing paths by changing a few cubes, but other mechanics are slowly added, like multiple characters. 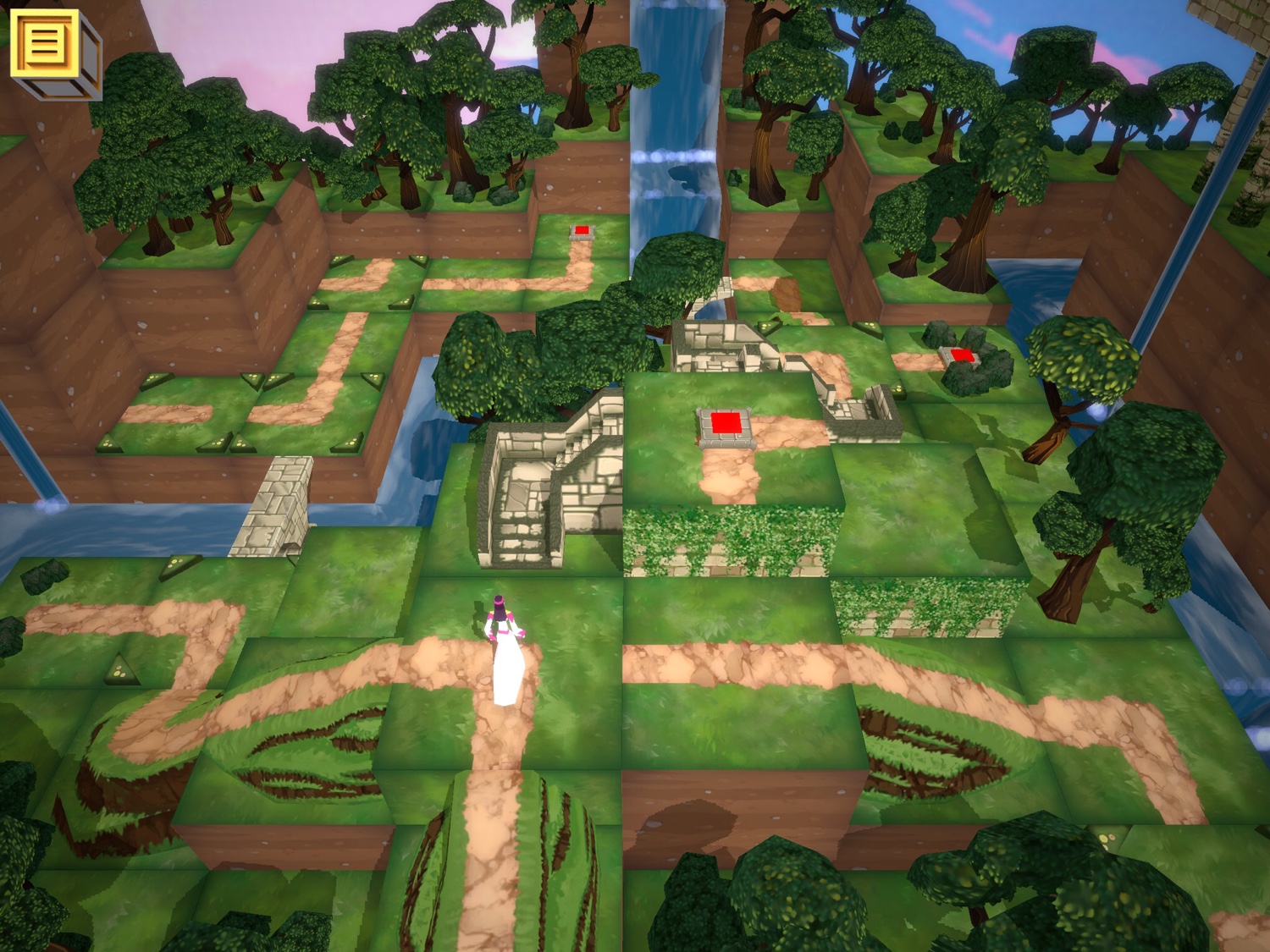 There are also different kinds of buttons. For instance, stepping on a regular red button turns it green and you never have to worry about it again. But other colors behave differently. A blue button might activate a blue crystal, which shifts some of the landscape if you turn it. There are also buttons with little gazebos over them, and these shift the landscape when a character is standing on them. The landscape shifts back if the character steps off, and this is where the multiple characters come in. You may need one of Angelica’s friends to stand on a button while she crosses to another one, and even have them switch places at times. It can get quite tricky when you have several buttons available and you’re trying to figure out the correct order to use them along with the cubes. 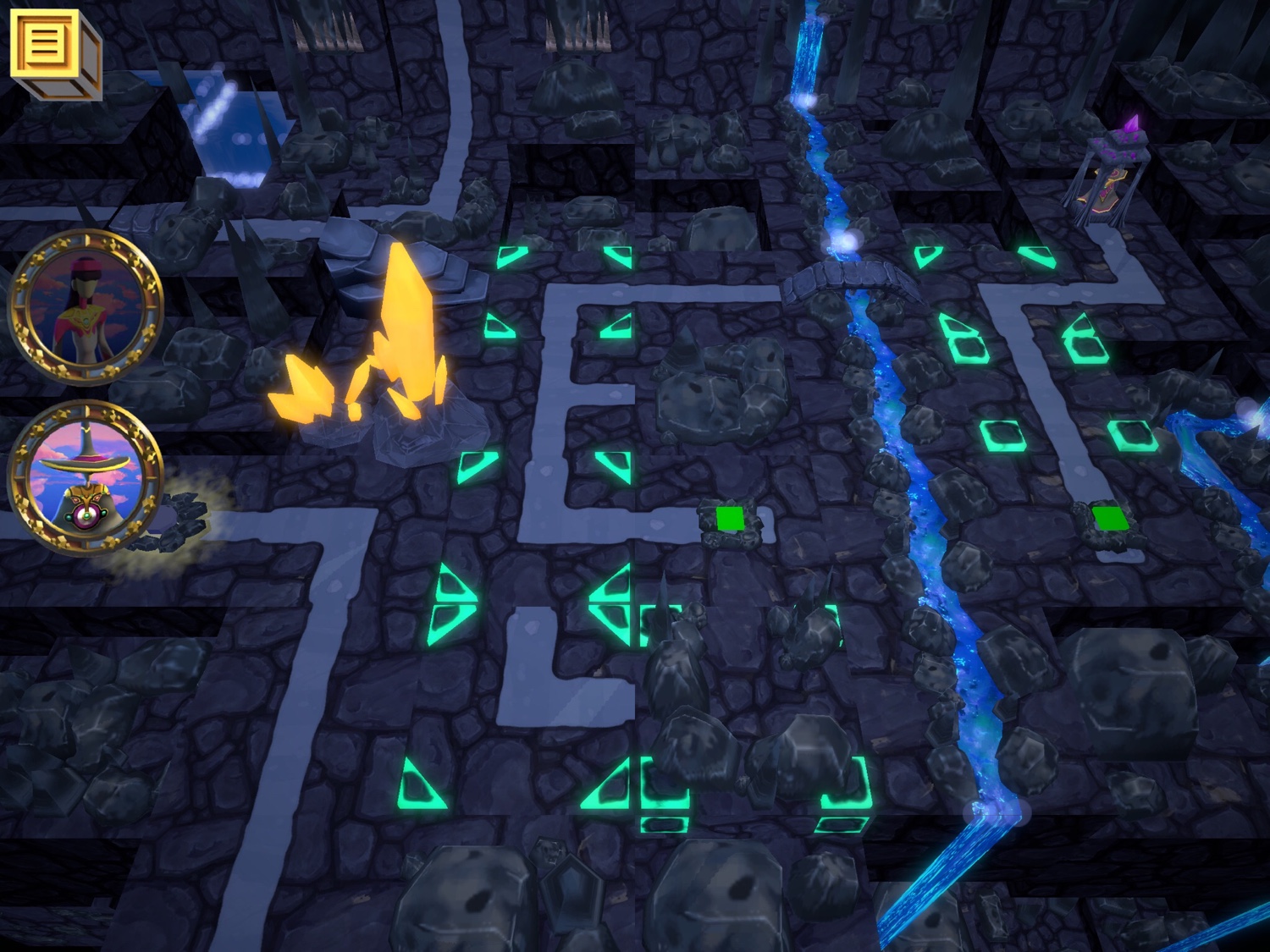 There’s a lot of variety to the puzzles, so I never felt like the game overstayer its welcome, despite it taking me several hours to complete the first time. Later levels even have guards that get in your way but can’t harm you, kind of like the crow people from Monument Valley. Those weren’t my favorite sections, but I still appreciated them for what they were. They shook things up a bit and added some extra challenge, as I had to try and trap the guards on a path where they couldn’t get in my way. I also liked how the game takes you through different environments, even an underground dungeon full of luminescent crystals.

I was a bit disappointed that some mechanics weren’t used to their full potential. There was one early puzzle that had you running around a giant cube, and you had to rotate one of the regular cubes from a different side than you were using it on. It took me a while to figure out what the game expected from me, but I was excited when it finally clicked. And then I was surprised that this mechanic was basically abandoned, as it was one of the more interesting ones. In fact, the game falters sometimes with its difficulty curve, as some earlier puzzles seemed more challenging than some later ones. I would have liked to see more of that tricky puzzle, but only if it would come with a better camera. 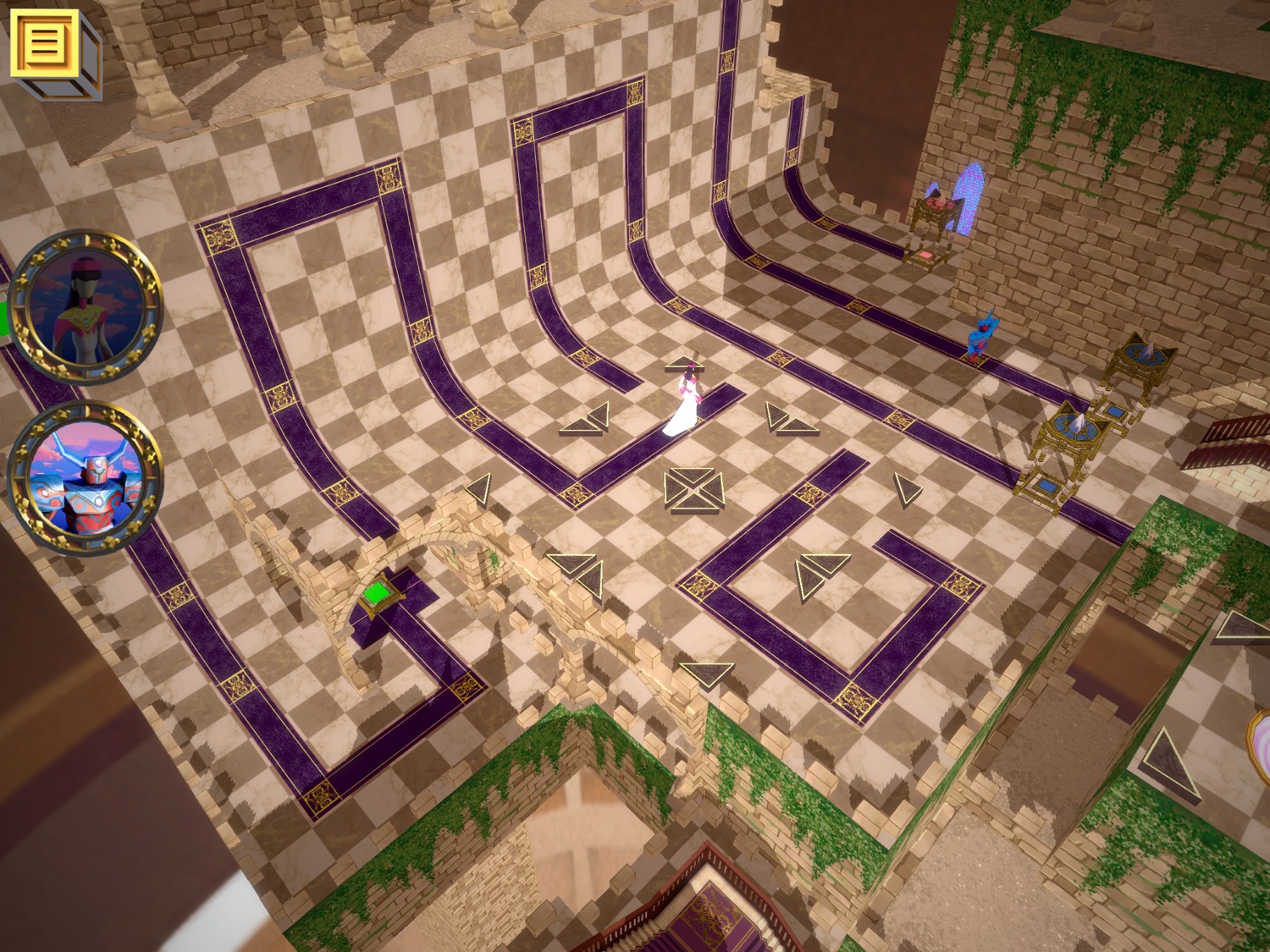 The camera was actually my biggest issue with the game. I recorded my entire playthrough, and you can hear me cursing at it sometimes, especially in the second half of the game. I was glad I didn’t have to constantly control the camera, since it follows you automatically and adjusts to show you what you need. At least, in theory. It works well when things are simpler and you only have one character to worry about. But later on, it’s sometimes zoomed in too much so that you can’t see what’s around you without moving the characters around to look. It feels cumbersome and a waste of time to have them walk around when a simpler solution would have been to let the player use pinch to zoom in and out. Even if I couldn’t control the angle of the camera, I think that would have helped immensely. Sometimes the camera even got in the way of gameplay, as I couldn’t select a crystal because the characters’ icons were in the way. And one time I accidentally got stuck with this view, because I had Angelica on a cube that went far underground and the camera followed her. If I could have zoomed out, that would have fixed the problem. Luckily, I could reset that section without restarting the whole level. 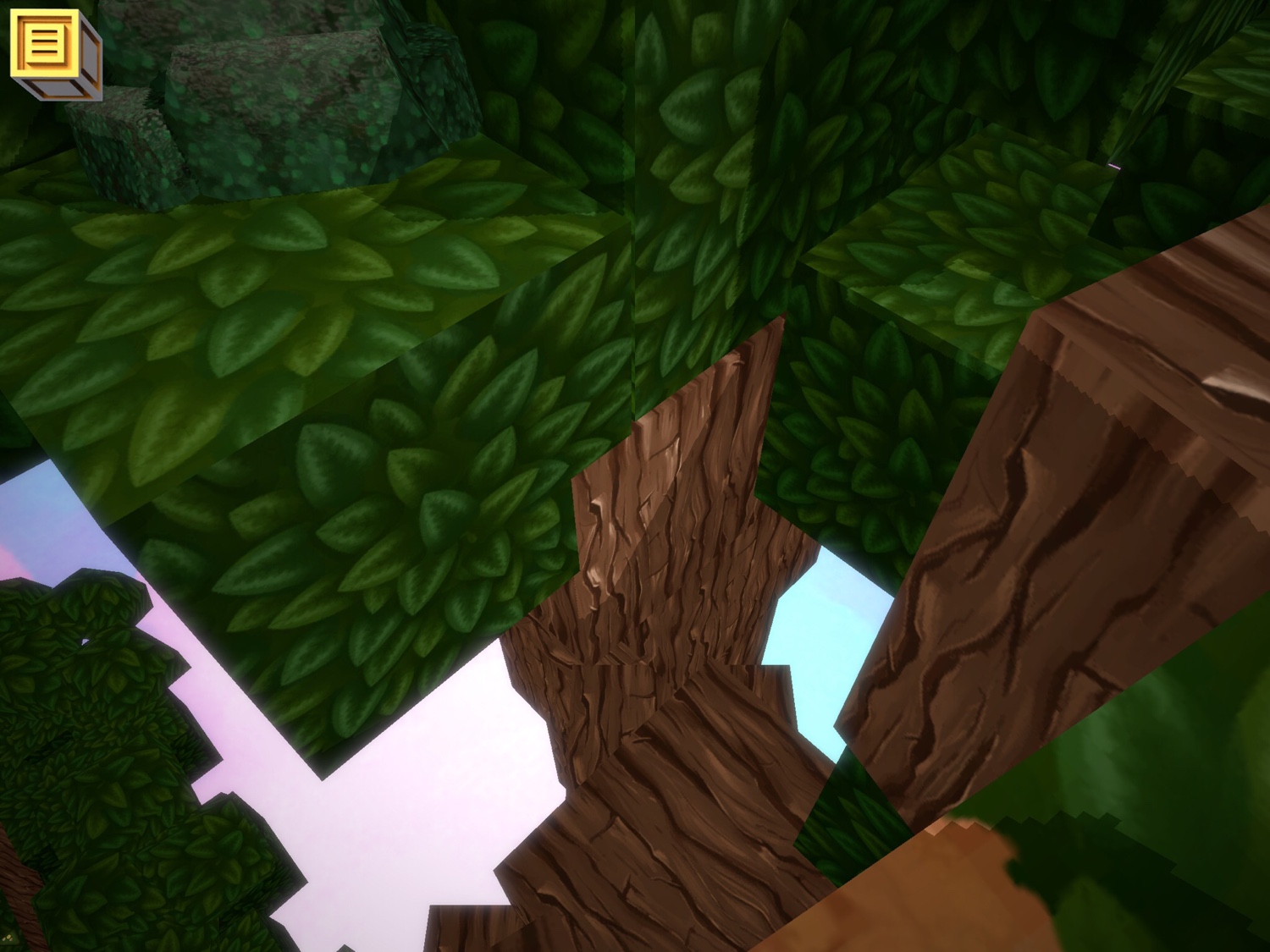 Roterra uses a lot of familiar mechanics, but brings them all together to make an enjoyable game that’s full of surprises. There are some head-scratchers that had me stuck for a bit, but nothing is difficult enough to make you want to quit. I only wish I could have had more control of that camera. It can be worked around if you have some patience, but those who don’t like their time wasted may get a bit annoyed with it. Like I said above, it’s a bit rough around the edges, but I thoroughly enjoyed my time with it and would recommend it to others looking for a pleasant puzzler to play some peaceful, polar night, perched upon plush pillows. So grab the game here and help Angelica reclaim the kingdom of Roterra!

And if you need help with the game, try my complete walkthrough guide.