About a month ago, I got access to a game called Twelvesmith from Flippfly, the makers of Race the Sun and Evergarden. I didn’t even know they were working on a new game, but I started playing and was instantly hooked. I enjoyed both of their previous projects, but neither was designed for mobile first. They were both cross-platform games that worked in landscape mode and weren’t really ideal for on-the-go play. But Twelvesmith is very much a pick-up-and-play-anywhere kind of game. In fact, it’s almost like a more streamlined version of Evergarden. That’s not by accident, as the developers say it emerged out of what they learned from making Evergarden. I had personally wished that the game had been in portrait mode, so I’m glad they continued to experiment with the same ideas. The result is a game that — pardon the cliche — is easy to get pulled into but hard to put down.

In Twelvesmith, you have a hexagon board filled with smaller hexagons. Each game starts with randomly placed numbers between 1 and 4. The goal is to use these numbers to make more numbers and eventually build a 12. You do so by tugging on a number and dragging your finger to an open tile. This creates a random number that’s lower than the one it sprouted from. The exception to the rule is 1, as it creates another 1. When you get two identical numbers next to each other, you can drag one to the other to combine them into that number plus 1. For instance, two 1’s make a 2 and two 6’s make a 7. The goal is to keep sprouting and combining numbers until you get 12. At that point, you’re scored based on the number of moves you used to get there and how long it took. It also keeps track of your win streak, or how many games you won in a row. If you run out of moves before you reach 12, it’s game over. 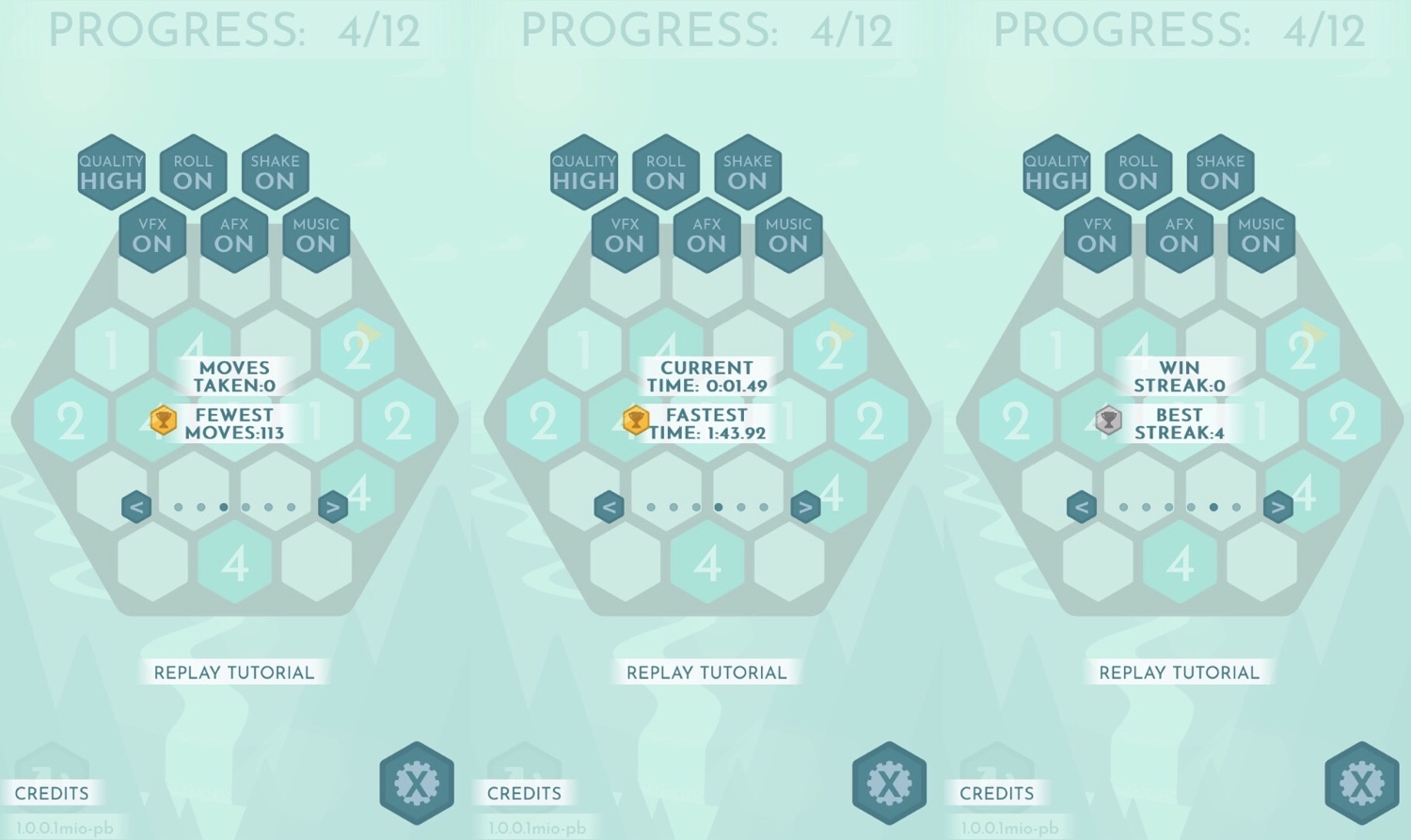 There are obstacles, though. Orange wedges called Blockers appear on random tiles and grow with each move until they fill up the entire tile. If there’s a number on that tile, it gets knocked down one number when the blocker is full. If it’s an empty tile, the blocker blocks you from dragging any numbers into that tile. You can stop blockers in their track — or get rid of them altogether — by combining tiles right next to them. But they could reappear right away in the same spot! So you really need to stay aware and make sure you don’t lock yourself into an unwinnable state. There’s also another way to get rid of blockers, though. When you combine two tiles and then combine the new tile with another one, it creates a chain. If you create a six-tile chain, it clears all existing blockers from the board. So there’s a lot of strategy involved. 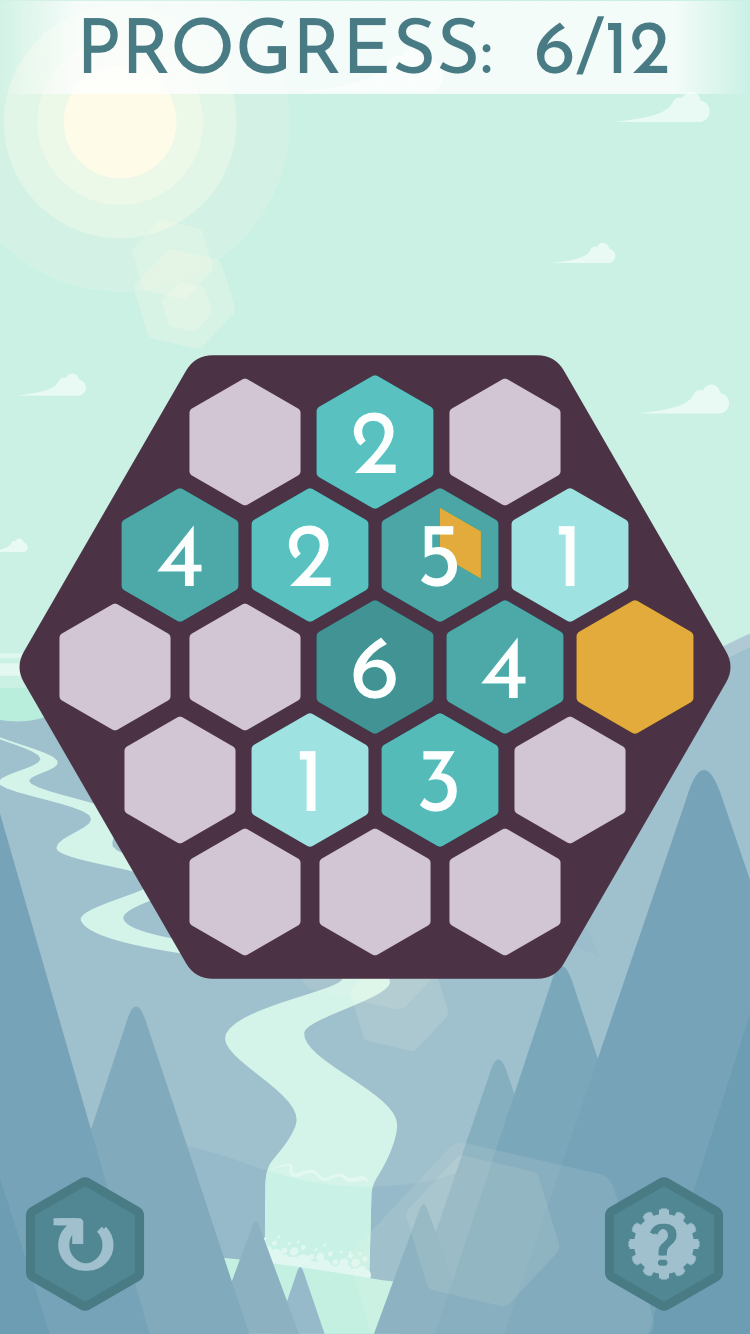 There’s also a lot of luck, since you never know which number will sprout. You might have a 7 and a 6 with an empty tile between them, but tugging on the 7 gives you a 3. So a game that appears to be going great could easily take a turn for the worst when you already have 11. So the game becomes very much about mitigating your luck and planning around it so even a poorly placed number won’t end your game. And if you get really good at it, you might even be able to increase that 12 to a 13, 14 or even higher. The game doesn’t stop at 12, even though that’s considered winning. You can strive for a higher number until you run out of moves, but it’s no easy feat. 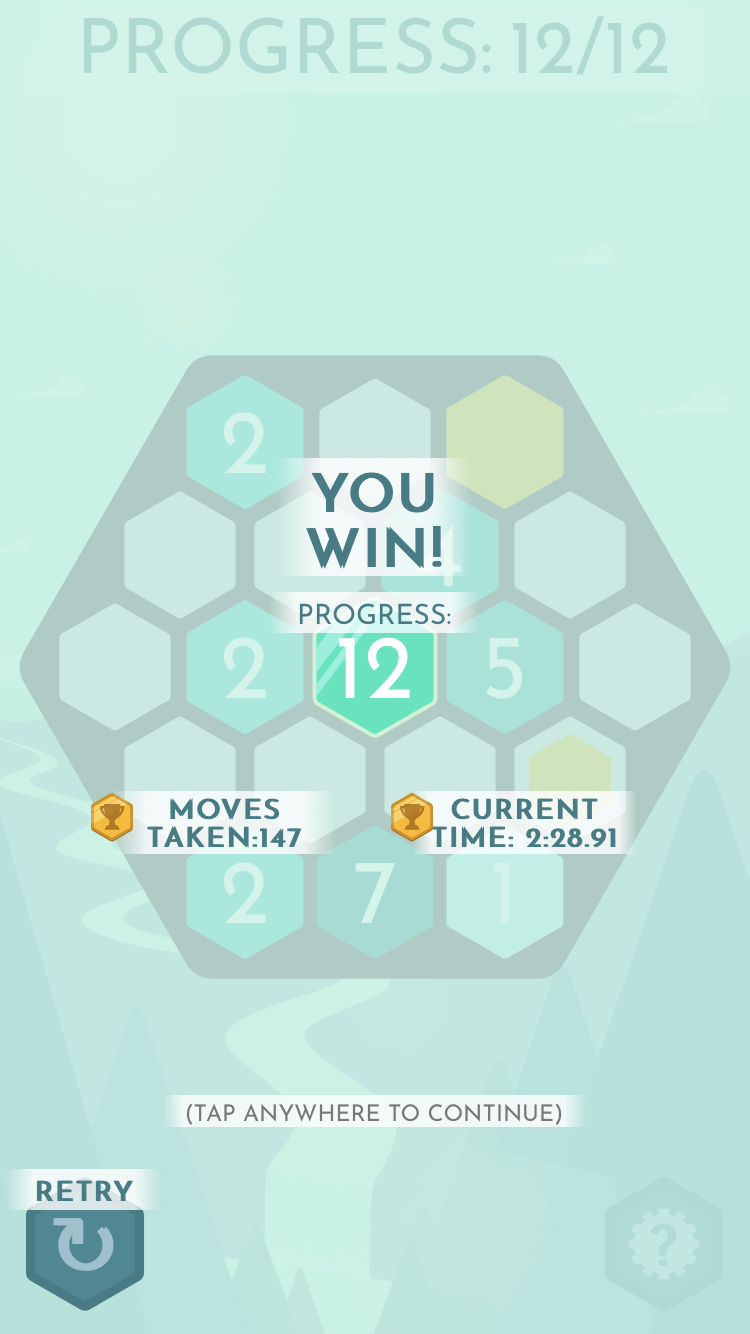 I’ve spent a lot of time with Twelvesmith, as I find it to be a nice relaxing game between its stress-free gameplay, pleasant artwork and chill soundtrack. I pull it out when I need a break from other more time-consuming games or just while I’m out and about. But there are a few issues I have with it that may keep me from playing long term. The first is the lack of any global leaderboards through GameCenter or anything else. This means there’s no way to compare your scores to other players, so your only motivation for playing is to beat your own personal scores. That can only hold my interest for so long, because without any other scores to compare to, it’s hard to tell what’s even possible.

The other problem is a bigger issue for me, though. Every game is randomized at the beginning, and the tiles could be any combination of 1’s, 2’s, 3’s and 4’s. This means you could end up with all 1’s or a mixture of the four numbers. If you restart the game enough times, you’re bound to encounter some setups where you can get a 5 in one move and even a 6 in just a couple of more moves. For a game that’s scored almost entirely on move count, it’s hard not to notice that starting with all 1’s will require more moves to get to 12 than if you have a few 4’s on the board already — especially if they’re next to each other. So after a certain number of games, I started refreshing the board to get a better starting position. As long as you didn’t win your previous game, there’s no penalty for doing this. So the only time I don’t do it is to keep a win streak going. That takes a lot of fun out of the game for me. It does seem like something that might be easily fixed if the developers want to, though. And I still played a ton of games before I got to that point of obsession, so I wouldn’t tell anyone to avoid the game over that. I just think it weakens the balance and integrity of the game. 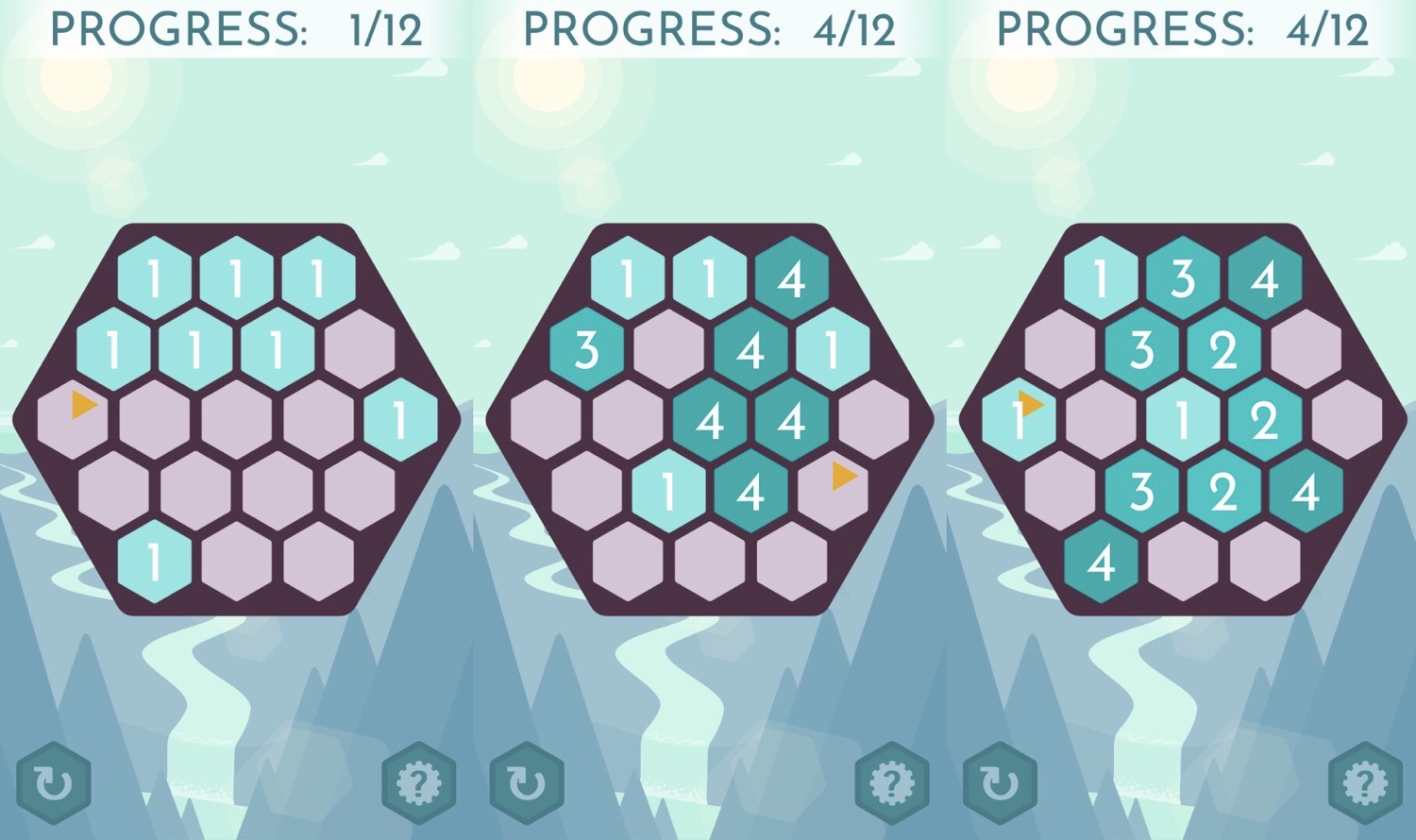 Overall, Twelvesmith is a solid game that could have even more lasting power with a couple of small improvements. It’s a more mobile-friendly version of Evergarden and, at least until you get super competitive about it, it offers a relaxed and accessible but deep experience. At $1.99, you’ll most certainly get your money’s worth. But if you want to be sure, you can try the game in any browser, even on mobile. It won’t track your scores or stats, and there’s timers to push you towards buying the game. But it’s a great way to test it out before spending any money on it. So there’s nothing to lose. Either take a chance right now and buy the game or give it a try in a browser. You never know — it might be your new favorite on-the-go game.