This is a stressful level, as you’re constantly running for your life. The garbage is alive and will kill you if it catches up to you.

First, open the dumpster lid. Then jump out and run like the dickens down the left path and onto the box. Keep making your way around to the box with the crank. Turn the crank so the broken part of the propeller is by the weighted box.

Make your way back up the ramp to the crank and use it to lift the box up. Then turn the propeller again so the undamaged side is below the box. Lower the box again so it’s resting on the propeller.

Turn the propeller again so that the broken side is by Six (you) and the box is up in the direction of the dumpster. Now, make your way around to that box and walk the plank.

Make your way to the cinderblock. Be careful here, because the garbage runs in circles around it. Time it right and run to the next ramp. You’re sort of safe now.

There’s six planks here that you can slide down, but only one will give you a soft landing. The others will kill you. So make sure to go down from the third to the left.

Head left and up the ladder. Push the trash can to the right. If you head along the edges to the left, you can find the jack-in-the-box. Otherwise, let’s continue with the trash cans. First, push one of them up and one of them down. Then push both of them right. Push the top one down and left so it hits the broken pipe that’s jutting out. Then push that same trash can down. Push the other can left against it and then through the gap and down the plank. Then follow it down, but make sure to take the third plank from the left again.

Now you have a really annoying part where you have to climb the wall and avoid the falling debris. The smaller pieces of trash warn you about the bigger pieces so you can move out of the way, but it’s still tricky to pull off. Once at the top, go through the door to complete Level 10.

First, go through the crack in the wall on the lower level. Push the wooden plank down so you can see a clue. There are five rows, each with an X. Notice the position of each X. It goes: Middle, Left, Right, Right, Left. 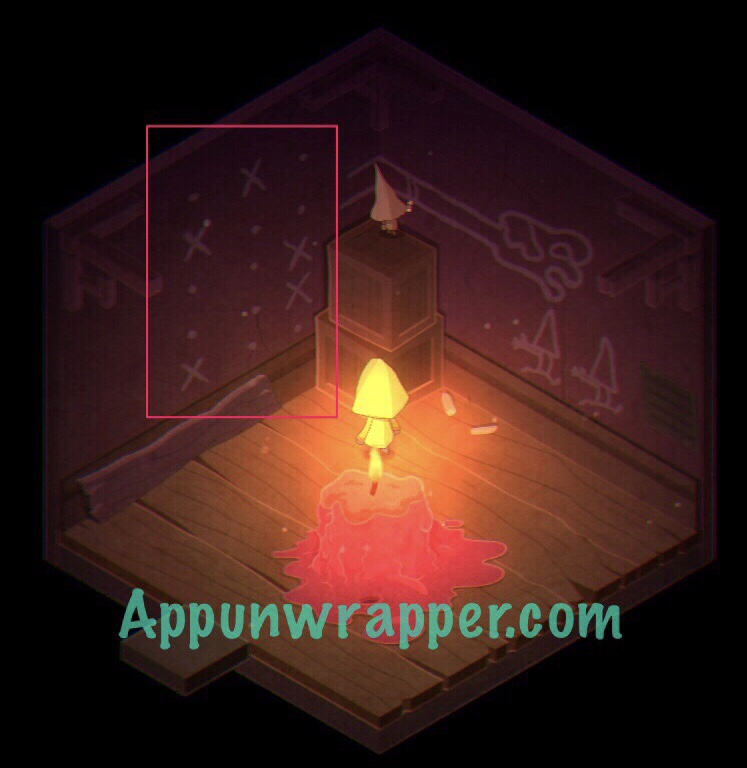 Now, leave the room and go up the stair. Step on the three X’s in that order, making sure to stop back onto the non-button tiles in between each one. Now the door should open! Go through. 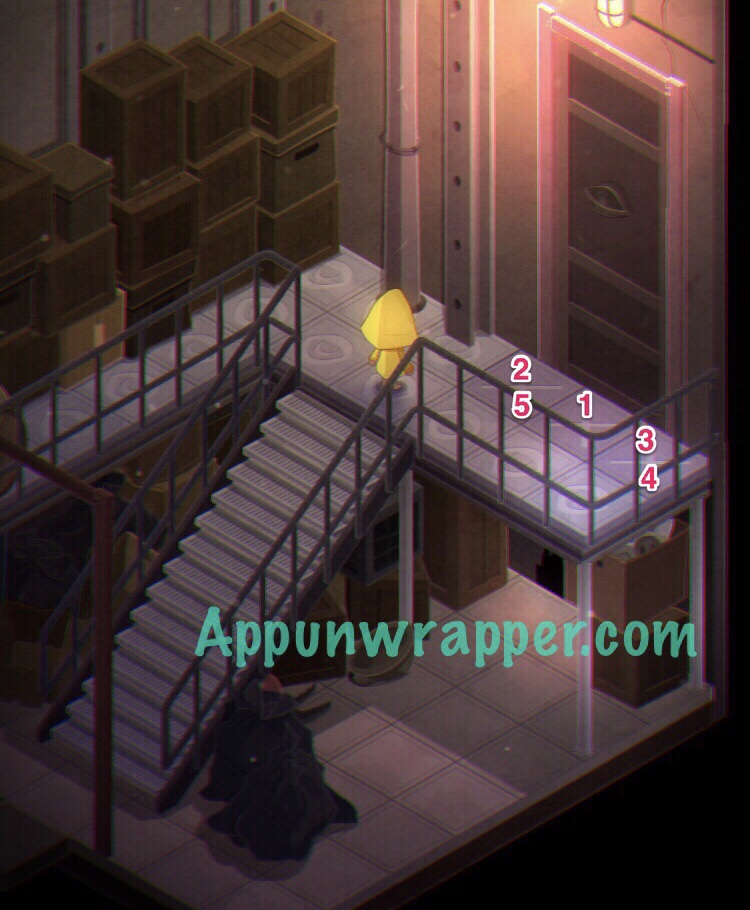 Head back upstairs. Replace the burnt out fuse with the new fuse. Then step on the button until you see a red scarf at the very edge of the clothesline, behind the grate.

Then, climb up the stack of sheets to the shelf and stretch out the scarf. Climb back down and step on the button until the scarf is above the radiator. Then climb onto the box again where you got the hanger and use the scarf to swing across to the top of the machine. Push the box down onto the button.

Climb down and back onto the box and wait for the scarf to come back around. Then grab it and hang onto it. It will automatically drop you onto the desk. Go through the air vent to complete Level 11.

This is another level with a lot of potential death. First, climb up onto the ironing board. Push the iron down and plug it in, then run like crazy behind the second ironing board while he’s facing the other direction. You need to get through the door before he turns around again.

This part is tricky. Stand on top of the darker machine and press the button to turn it on. Then quickly jump into the right laundry cart before the guy sees you. When he’s distracted with the machine, jump out and head left through the door and back to the room with the key.

Here, you can climb up the laundry tower and through the air vent to find a jack-in-the-box, but you need to do so before grabbing the key. When you’re ready, grab the key and head through the door again. Go through the first laundry room and into the second laundry room.

Here, the guy is walking back and forth to put laundry into machines. You need to wait until the second he turns his back on you and then make a run for it into the first open machine. Then, when he’s not looking, run into the second one. Ignore the third, because he’ll catch you in that one. Instead, just run straight for the door the second he’s behind you. Then unlock the door and go through to complete Level 12.

Click on the little numbers below to continue to the the next page of the walkthrough or click here.

Monsters Ate My Birthday Cake: How to free Lil’ Willis in Apricot Acres, 3-1A