Ever since the Tinder-inspired Reigns released, many developers have realized that binary choices make great one-handed mobile games. The high score-chasing dungeon crawler, Meteorfall, applies this concept to monster battles and is one of my all-time favorite games. I still check in every day to play the daily challenge. So when I heard of another contender entering the ring, called Unhatched, my ears perked up.

Developed by Filip Loster with artwork by Karol Sollich, the card-based game sees you playing as a young dragon trainer who’s somehow ended up in prison. A strange man helps free you, but then decides you’re going to complete tasks for him or he’ll send you straight back to jail. I’ve only played about thirty minutes so far, so I can’t say where this story is going, but it certainly has me intrigued.

What sets Unhatched apart from other games of its ilk is that it’s meant to be a story-based puzzler, so each encounter involves a hand-crafted puzzle. That’s where the cards come in. Someone might ask you to open their jar of pickles, and then a battle ensues against the actual jar of pickles. Before the battle starts, you get to choose the order of your cards. You can only take six cards with you, and they’re stacked in pairs. You can choose the order of the three pairs, and part of the strategy is planning out what order will work to your benefit. For instance, you need mana to perform some abilities — like a three-damage attack — so it’s imperative that you collect some early on in the battle. But you also need to make sure you’re not wasting too many moves and giving your opponent a chance to get in the necessary attacks to defeat you. There are also cards that allow you to pull a certain type of card to the top of the pile and other mechanics that mix things up. Since the order isn’t randomized, there’s a correct strategy for each battle. It feels very different from anything else I’ve played and I’m really looking forward to spending more time with it. 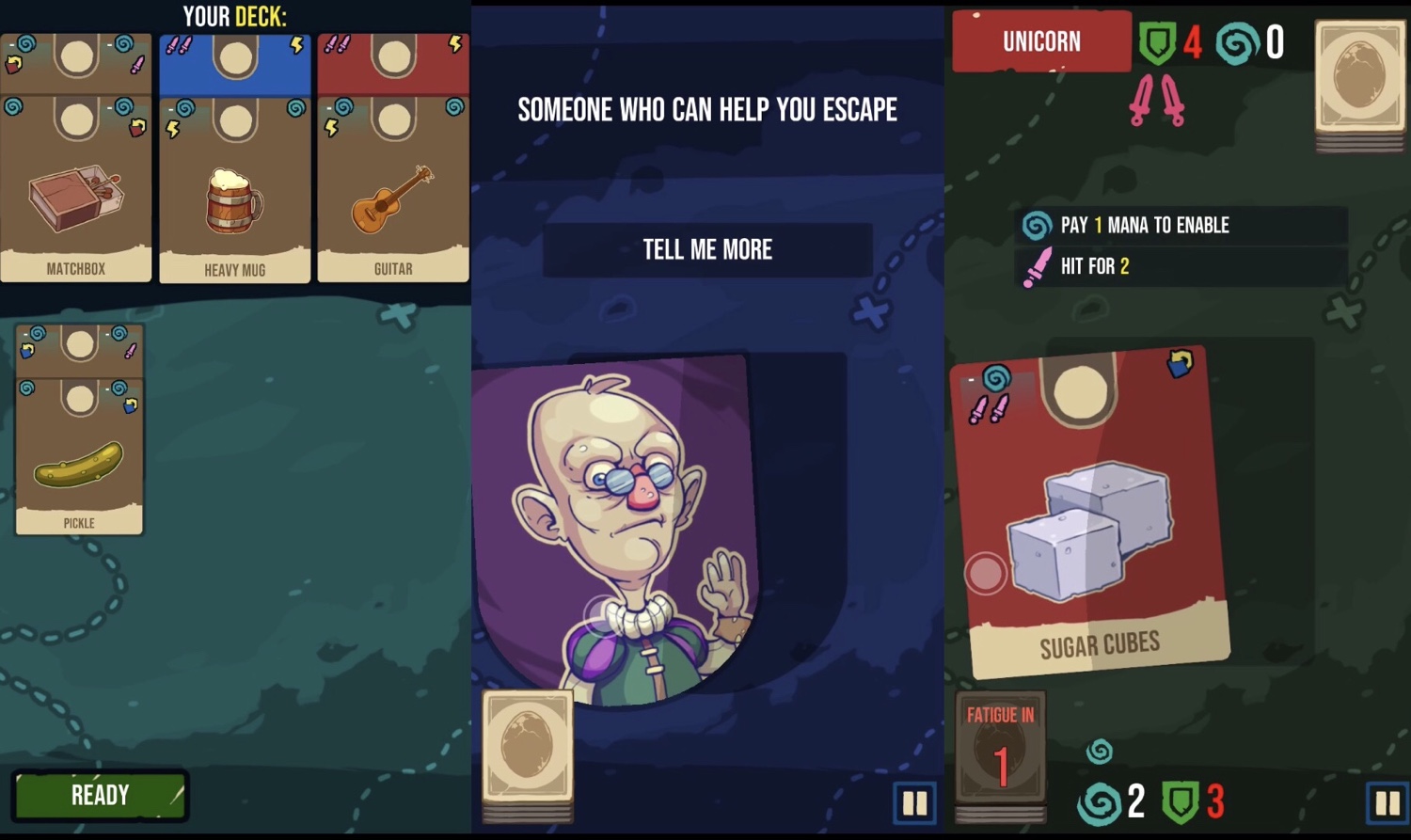 There’s plenty more to say even this early in the game, but I’ll leave the rest for my review. Unhatched comes to iOS on August 14th for a very reasonable price of $2.99, but you can also pre-order it right now for $1.99. If you prefer to wait, I should have a proper review in time for release once I’ve completed the game. You can also watch my 30-minute gameplay video above.

The Hunt for the Lost Ship: Complete Walkthrough