There are few genres that are as perfect for touchscreens as relaxed puzzle games. My iPhone has given me a renewed appreciation for puzzles, and I always get excited when one is announced that offers both clever mechanics and an art style that’s easy on the eyes. The latest one to grab my attention is Shelly Alon’s SNIKS. I played a very early demo version of it a while back and knew right away there was something special here. Well, now the game is less than two weeks away from release and I’ve gotten to play its final version. If you’re a fan of Snakebird or color-mixing puzzles, this is definitely one you want to grab.

In SNIKS, you control little two-headed snake-like creatures of various colors. As in Snakebird, they really like fruit. But the fruit doesn’t make them grow, and there’s no portal to get to. Instead, the goal in each level is to make sure all the fruits are covered by a snik of the same color. So a red snik has to eat the strawberries, a yellow snik has to eat the bananas, and so on. Soon you’ll even see bicolored sniks. But what makes the game really interesting is the way you mix colors. For a purple fruit, both a red and blue snik have to be touching it. But there are limits to how that works. Two heads can’t occupy the same tile and sniks can only go straight through each other or overlap at a bend. 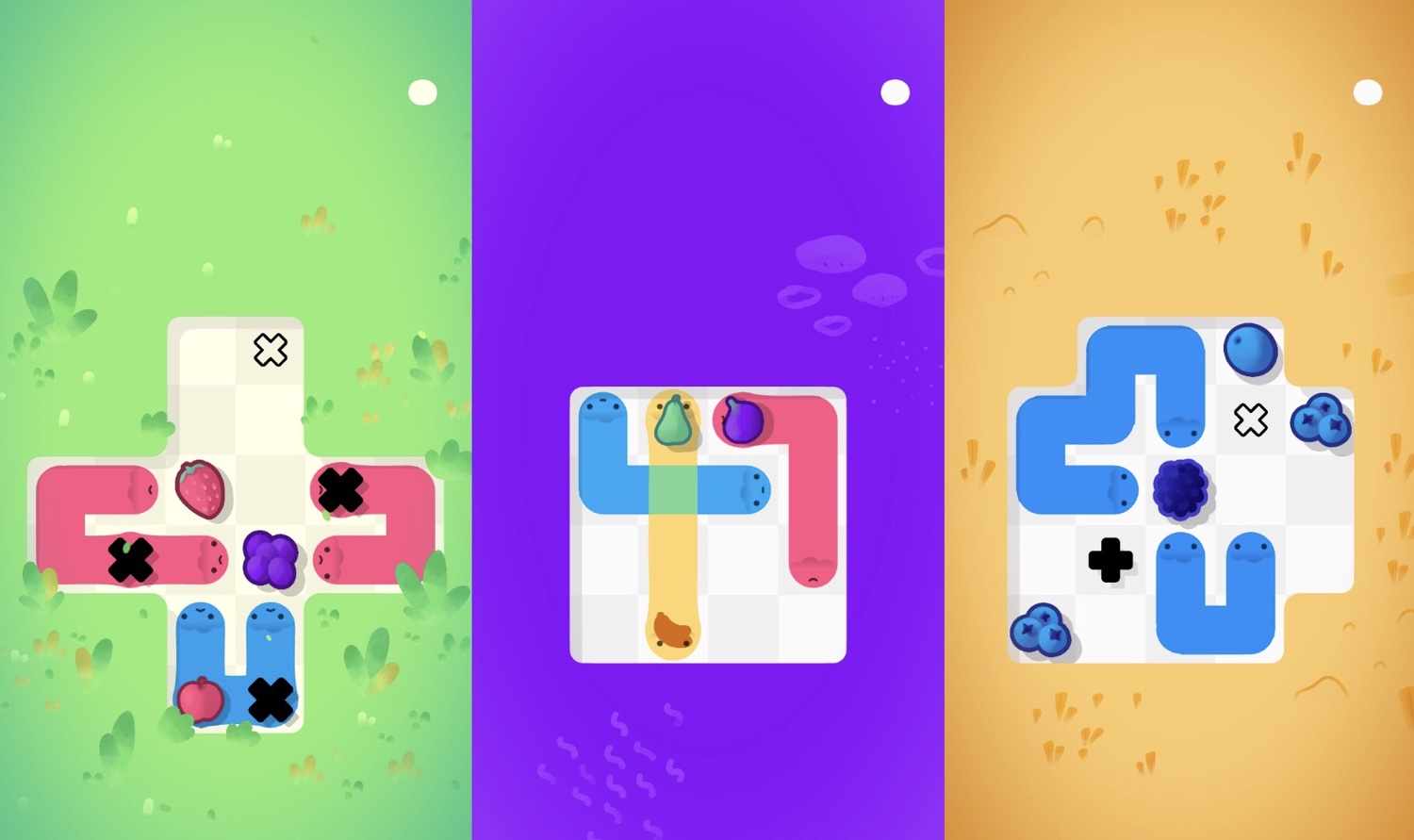 Things start off pretty straightforward, easing you into it at a much gentler pace than Snakebird does. But before long, you’ll be introduced to new mechanics like portals that allow a snik to have one head completely separated from the other. There are X’s that you can’t be touching for your solution to count, and plus signs that lengthen the sniks. I’m only about halfway through the 110 levels, so I’m sure it’s going to get even trickier. 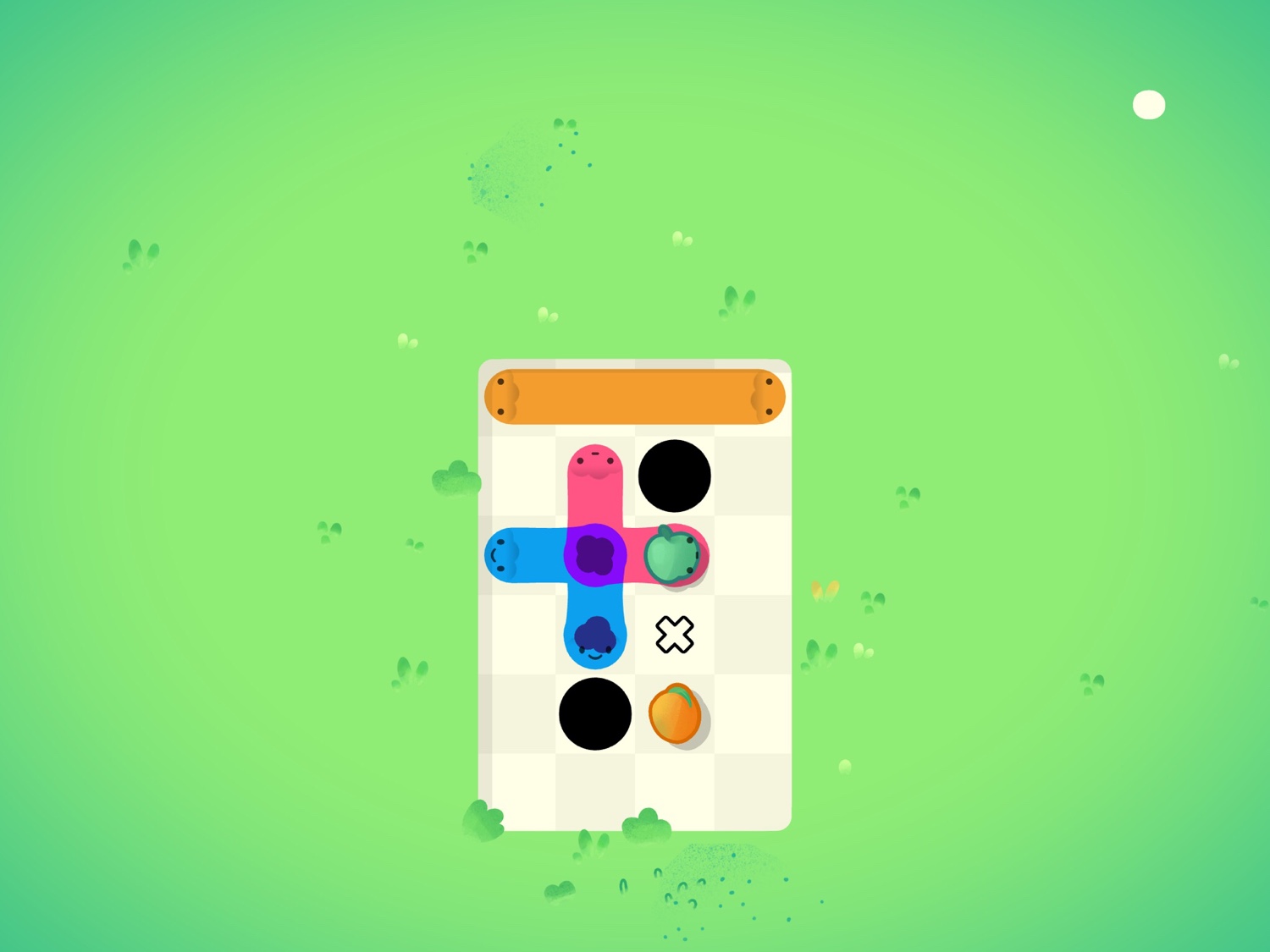 The game features cute and colorful animations, amusing sound effects, a chill soundtrack, and even has iCloud sync. It also plays perfectly with one hand on an iPhone or you can rest it in your lap using landscape on an iPad. It’s got everything I like in my puzzle games, and I’ve already encountered some real head-scratchers. This will likely be my bedtime game for a while, and I hope to have a proper review when it’s officially released. SNIKS will cost $2.99 and be free of ads or IAPs. It’s also available for pre-order right now for a dollar off, so make sure to grab it if you want to save. Either way, this is one for puzzle fans to look out for.