Looking at screenshots of husband-and-wife developer Journey Bound’s Path of Giants, no one would blame you for thinking immediately of Monument Valley and Lara Croft Go. And there clearly is some inspiration, between its low-poly artwork, tap-to-move controls and one-handed gameplay. But thankfully, Path of Giants forges its own, well, path. It has you taking control of three bundled-up explorers as they brave the icy cold in search of legendary treasure. To succeed, they’ll need to work together, and that mostly means climbing on each other’s heads — but in the most adorable way possible. The game combines cute animations and sound effects with clever puzzles to offer a polished experience that’s a joy to play.

When the three explorers first enter a new room, they look around in awe and, even though their faces are just black holes with two yellow dots for eyes, there’s so much expression in them. I knew from that first moment that this would be a special game. It has you guiding each of the explorers to their corresponding goals by simply tapping a tile to get them to run there. At first, there’s a straight path for each, so nothing fancy is required. But once upper and lower platforms are introduced, the explorers need to start working together. This means one of them has to sit down against a wall so another can climb on his head to the upper platform. Most of the game involves these climbing mechanics, so it’s a good thing that watching them trample on each other’s heads never gets old. 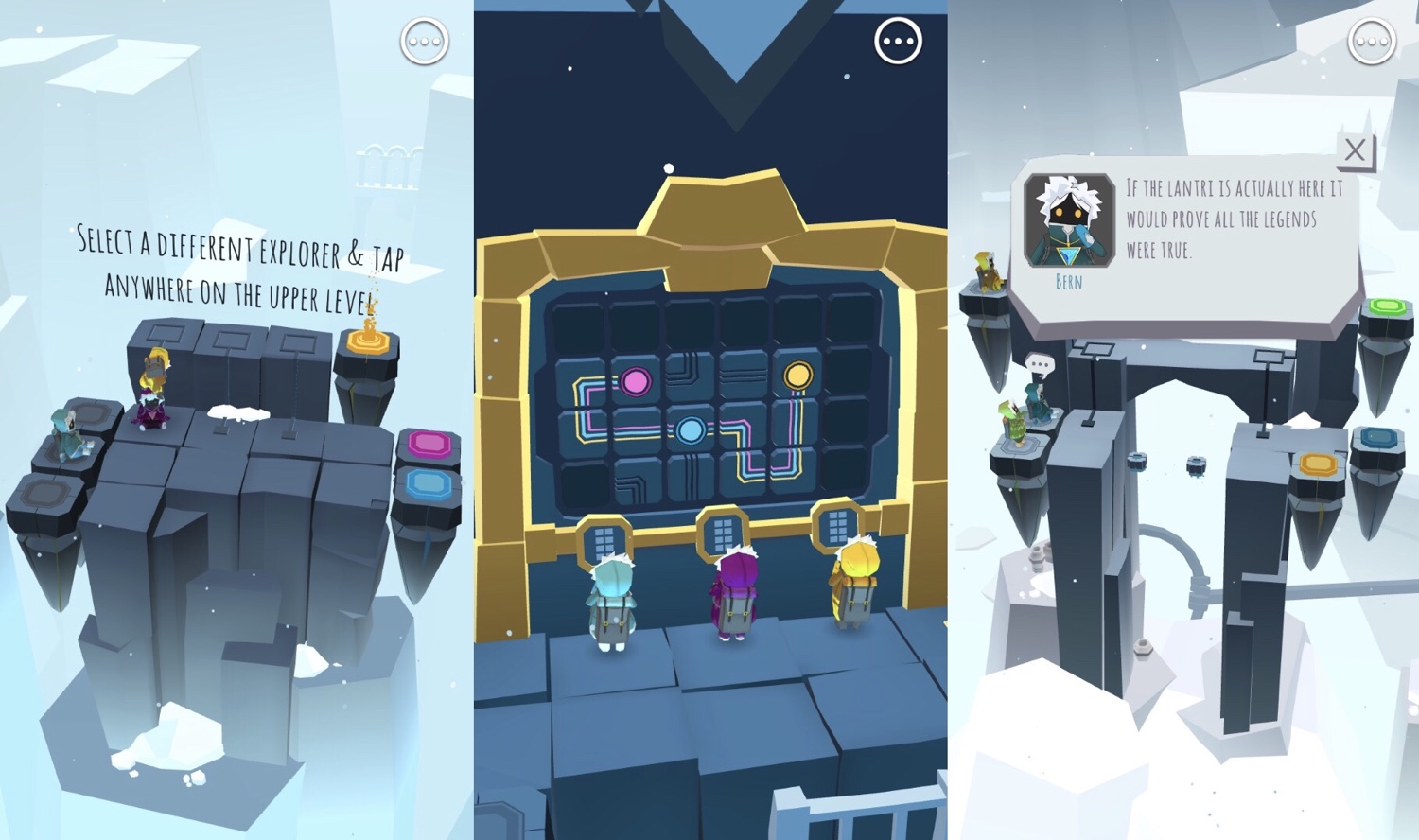 Each of the game’s thirteen levels are broken up into three or four separate puzzles. Early on, you’re mainly maneuvering the three adventurers around each other and through doors that act like portals. Each character is a different color and you need to get them to the matching buttons to move on to the next puzzle. You simply tap an explorer to select him and then tap another tile to make him run there. The controls are all very simple, never hindering gameplay. As you progress, you’ll encounter things like bridges that only a specific explorer can walk across, or square buttons that only one explorer can activate. Those buttons usually move platforms around, allowing you to transport an explorer to another side of the room he couldn’t access before. There are also connected baskets that respond to the explorers’ weight, and other mechanics I’ll let you discover for yourself. Then, at the end of each level, you have to solve a rotating pipes puzzle to create paths that connect all three colors. And last, all three heroes cheer in adorable excitement and continue on to the next level. 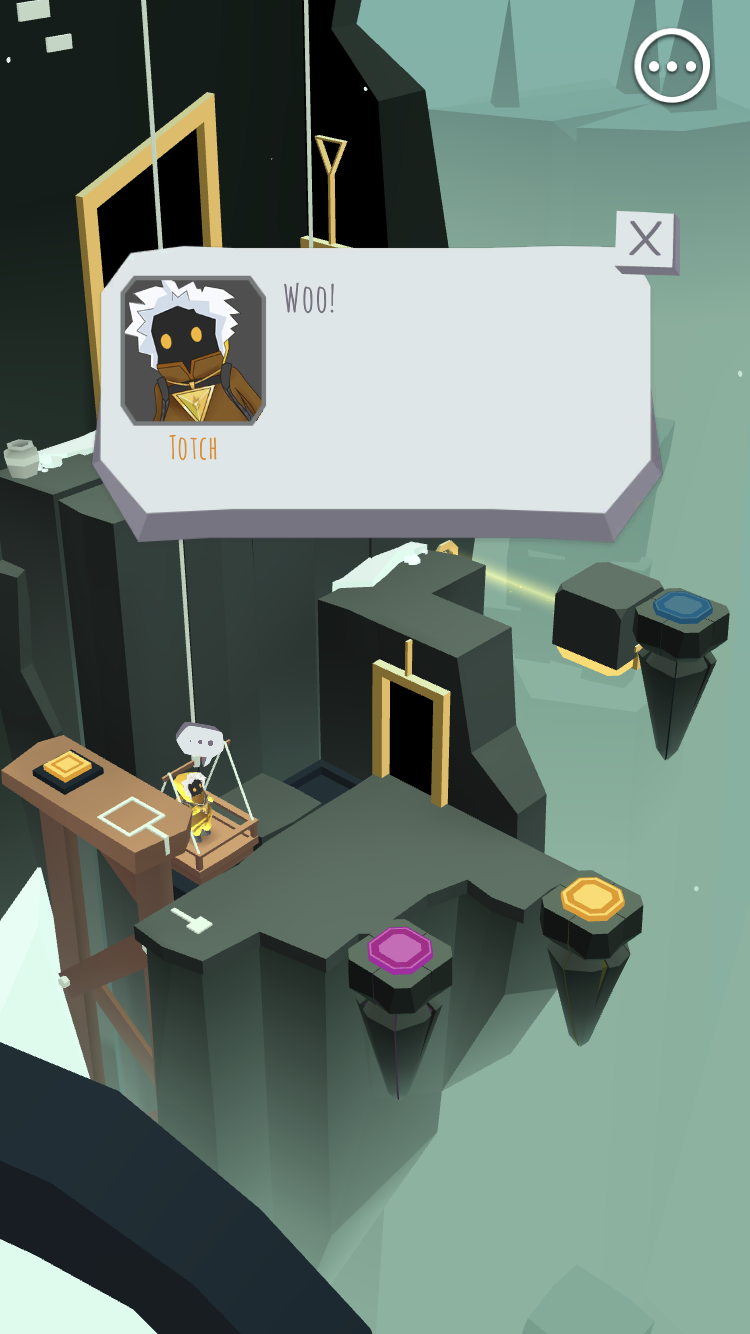 The puzzles themselves are well-crafted, though are unlikely to truly stump seasoned players. But what kept me enthralled with Path of Giants even when I found things to be on the easier side, was the presentation of the game. The environments are not as frame-worthy as Monument Valley’s, but don’t let that fool you. The explorers themselves have the cutest animations as they run about and jump on each other. They move like they’re wearing too many layers, possibly because their moms dressed them and wanted to make sure they’d be warm enough. When not in use, they plop down, waiting for someone to climb on them. When they land on their buttons, there’s a brief but grandiose hymn to celebrate. And though the story isn’t voice-acted, the gibberish you hear instead is so cute that you won’t even mind. Of course, there’s also the “woohoo” I already mentioned. The soundtrack ties everything together well, with music that suits an adventure without getting repetitive and overstaying its welcome. There’s an overall sense of polish with the game that just can’t be ignored and is quite impressive for a two-person team.

As all good puzzle games do, Path of Giants encourages experimentation. There are no timers or move limits and the characters run quickly enough that most mistakes are easy and painless to fix by just moving them around again. In fact, I didn’t even notice there was an undo button until fairly deep into the game. The pathfinding is handled so well that you won’t really feel the need to use the undo button until much later in the game when it’s possible to get into an unsolvable position. And in those cases, the game will even let you know so you don’t waste time trying to fix it when you can’t. That’s certainly a welcome feature, as restarting the entire puzzle is not as palatable as rewinding a couple of moves. Another nice feature is the ability to change the colors of each of the explorers if you’re colorblind and have trouble differentiating between blue, green and yellow. I changed green to magenta just because I liked how the color popped. 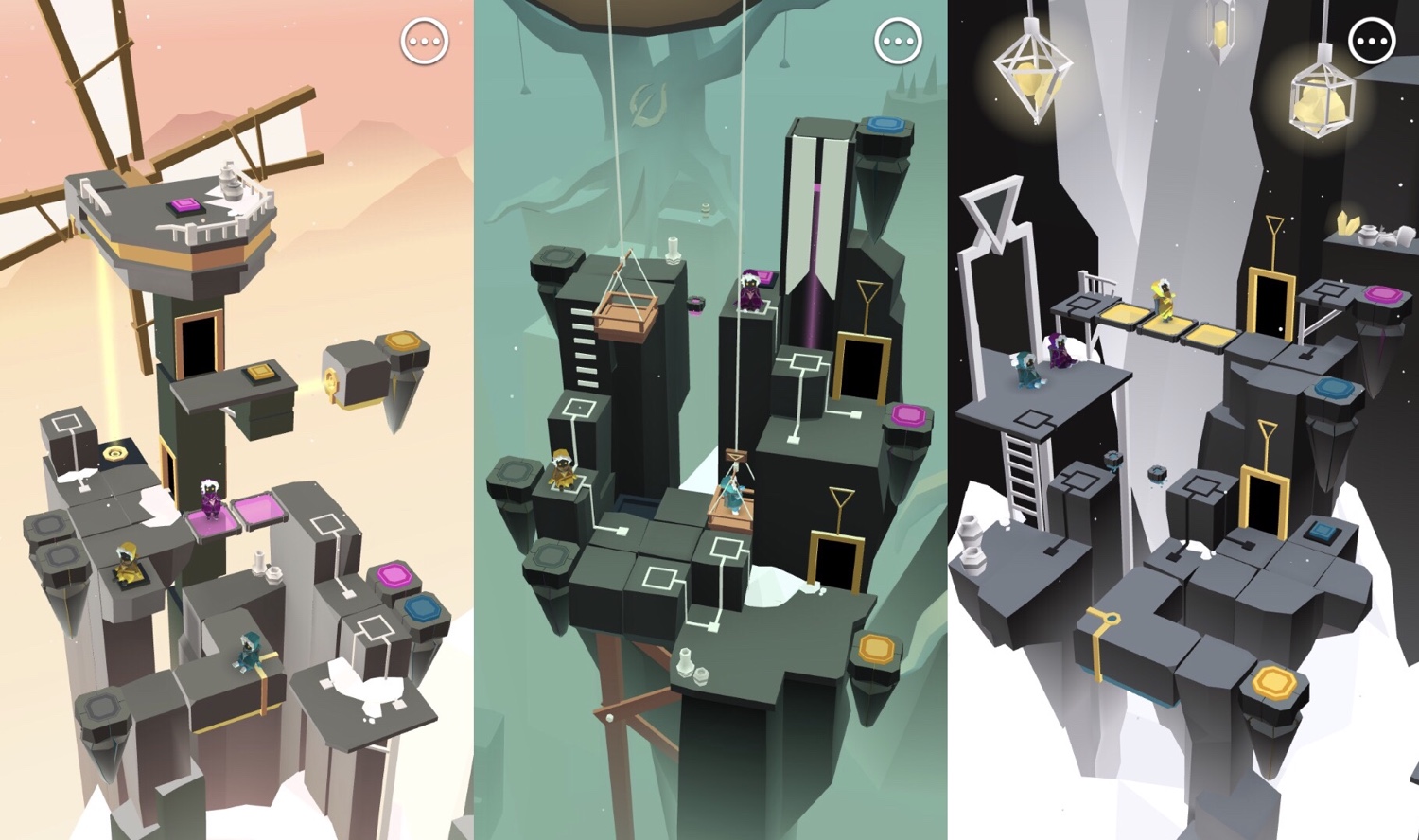 One aspect that is obviously inspired by Lara Croft Go is that there are three hidden coins in each level. You break jars looking for them, and need to find all the coins to unlock the final level. I enjoyed this extra little challenge, but I wish it were possible to select a specific puzzle within a level instead of starting from the first one. The few coins I missed ended up being in the second or third puzzles in a level, forcing me to replay parts to find them. It’s not a huge deal, but it would be a welcome addition. I would also love to see iCloud sync added, but since the game is in portrait mode, I’m happy to stick to my iPhone. There is one thing I should mention, though, that will be a nonissue for some but a dealbreaker for others. This is a paid game with a privacy policy and terms of service agreement. If you don’t agree to them, you can’t play. This means you could end up locked out of a game you already paid for. I agreed to it, but it still rubbed me the wrong way. 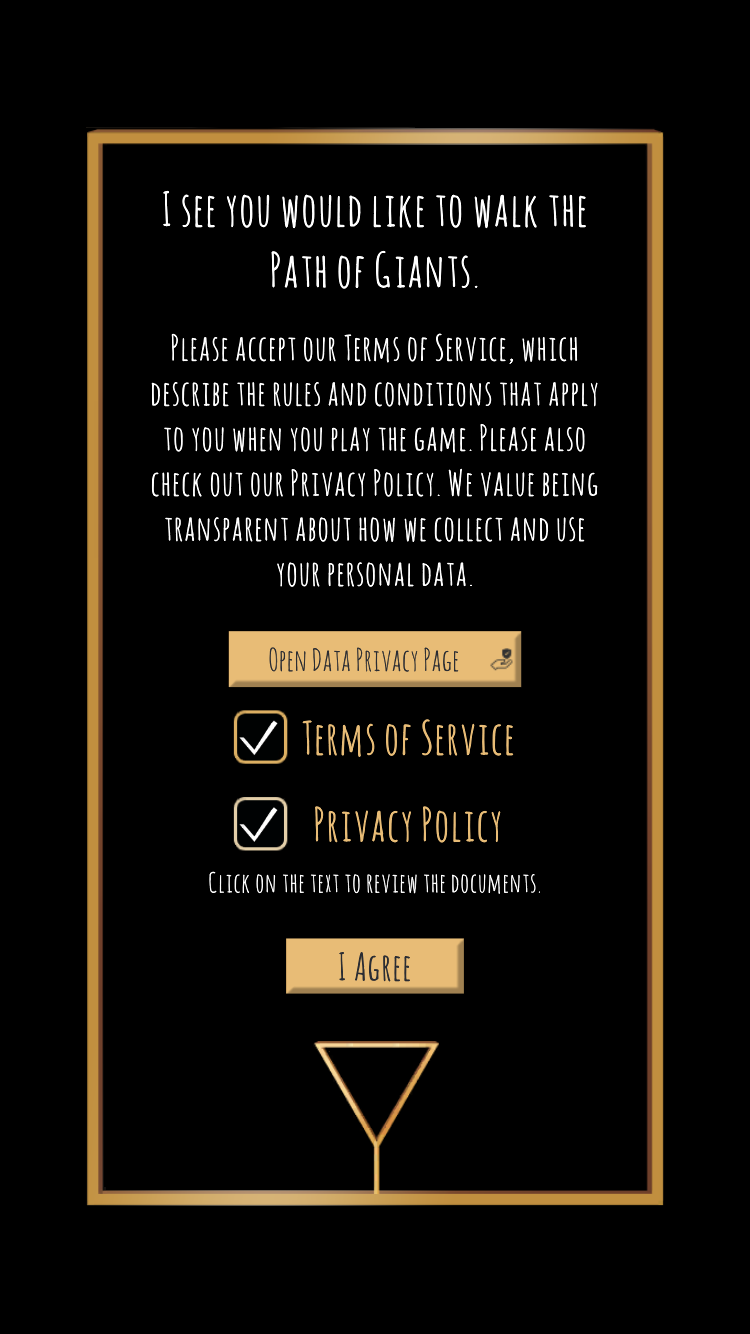 Overall, I had a wonderful time helping the three explorers hunt for lost treasure. Aside from a few minor features I’d like to see added and perhaps more content that expands on the mechanics we’ve already seen, I don’t have any complaints. Path of Giants is a user-friendly puzzler that’s great for fans of all ages. Despite its inspiration, it manages to stand out on its own. I was sad when it was over, but that’s only a testament to its quality. I would happily play a sequel or expansion if Journey Bound ever decide to make one. These are the kinds of games that smartphones were made for, something that can be played anywhere and by anyone. So grab Path of Giants here and begin your quest for lost treasure.

I also have a walkthrough guide here if you need help.