I don’t like to tear down indie games, especially when someone invested four years of their life into it and it’s a passion project. In fact, I was very much looking forward to Whaleo’s open world game, Widower’s Sky, as it seemed to focus on exploration and puzzles, two things I’m very fond of. I also liked the idea of a story about a father and son. I even gave the game multiple attempts when things didn’t go so well the first time — and second time. But on the third time, I had to call it a day and just recap my experience. It’s possible that, with some work, the game could be great. But at this moment, I unfortunately cannot recommend Widower’s Sky.

First off, let me say that the soundtrack and voice acting are done very well, and they gave me hope for the rest of the game. Unfortunately, there’s too much going on and too little direction to draw me in. When you first open the game, there’s a screen that identifies the controls, but good luck trying to understand what half of them actually do. After a few restarts and some information from the developer, I understood some but not all. The game does tell you what your objective is, at least very early on. But it’s still not very good at explaining it. I experimented a bit and learned how to dash and hunt, but I still fumbled around a lot. It also doesn’t help that the game has a lot of buttons on the screen. I was under the impression Widower’s Sky was designed especially for mobile, yet when something like a fire icon appears on the screen, you can’t simply tap it. You have to instead tap the Action button to make the fire. Then you have a dog companion who has his own drop-down menu that is never explained. And perhaps most troublesome of all, the floating joystick has a very small area in which it works, so it was awkward to play on my large iPad. If I held it comfortably, my thumb would be higher than the joystick reaches and I’d hit a dead zone instead. I’m not sure why the whole left side of the screen doesn’t work as the joystick, as with so many other games that use those controls. 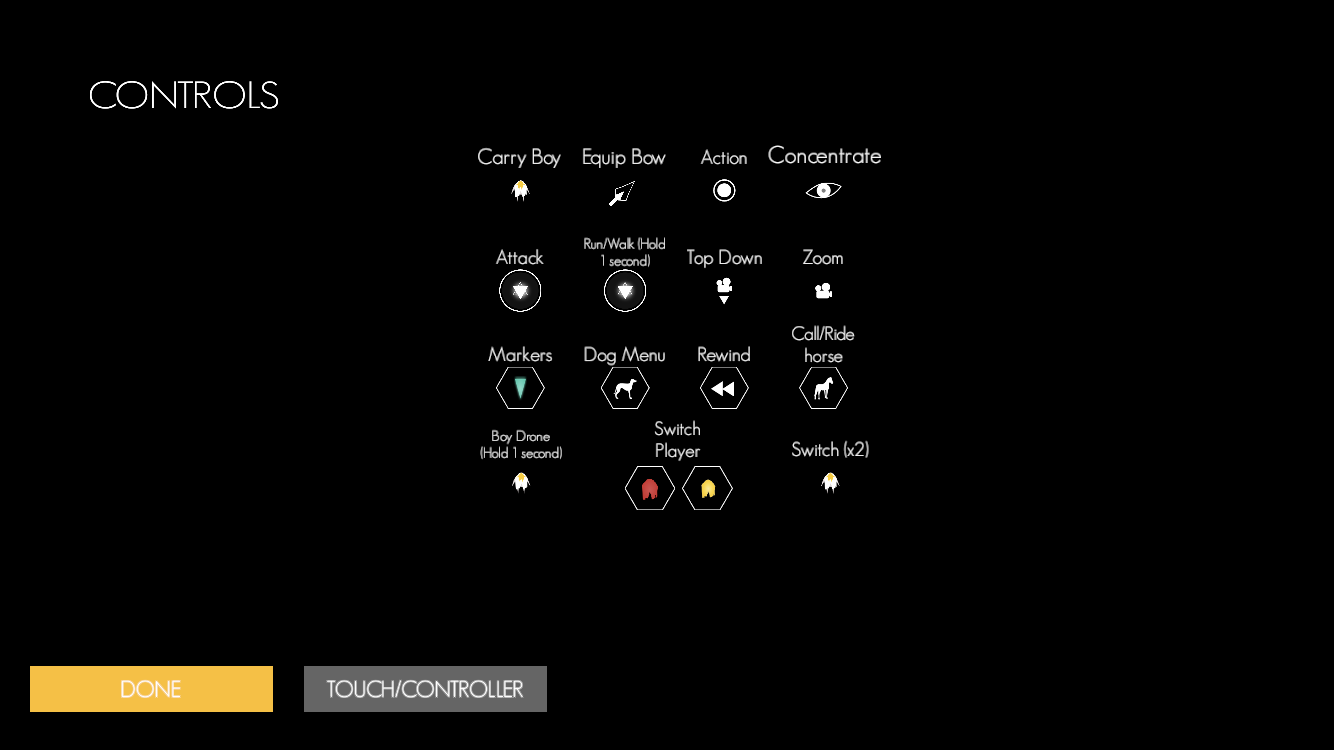 Besides the controls, the game has other technical problems. The sound settings don’t save, so I’m constantly having to lower the music volume. Basically, every few minutes. The iCloud sync doesn’t work, since there’s no way to upload to the cloud, only download from it. When I try, it says there’s no data to pull. At times, I fell through the ground and had to restart the entire area to fix it. I hopped on a horse and got excited that I could ride it, only to discover that I couldn’t control it. So I got to sit on it while it drank. When I got off, I was ejected up into the sky. 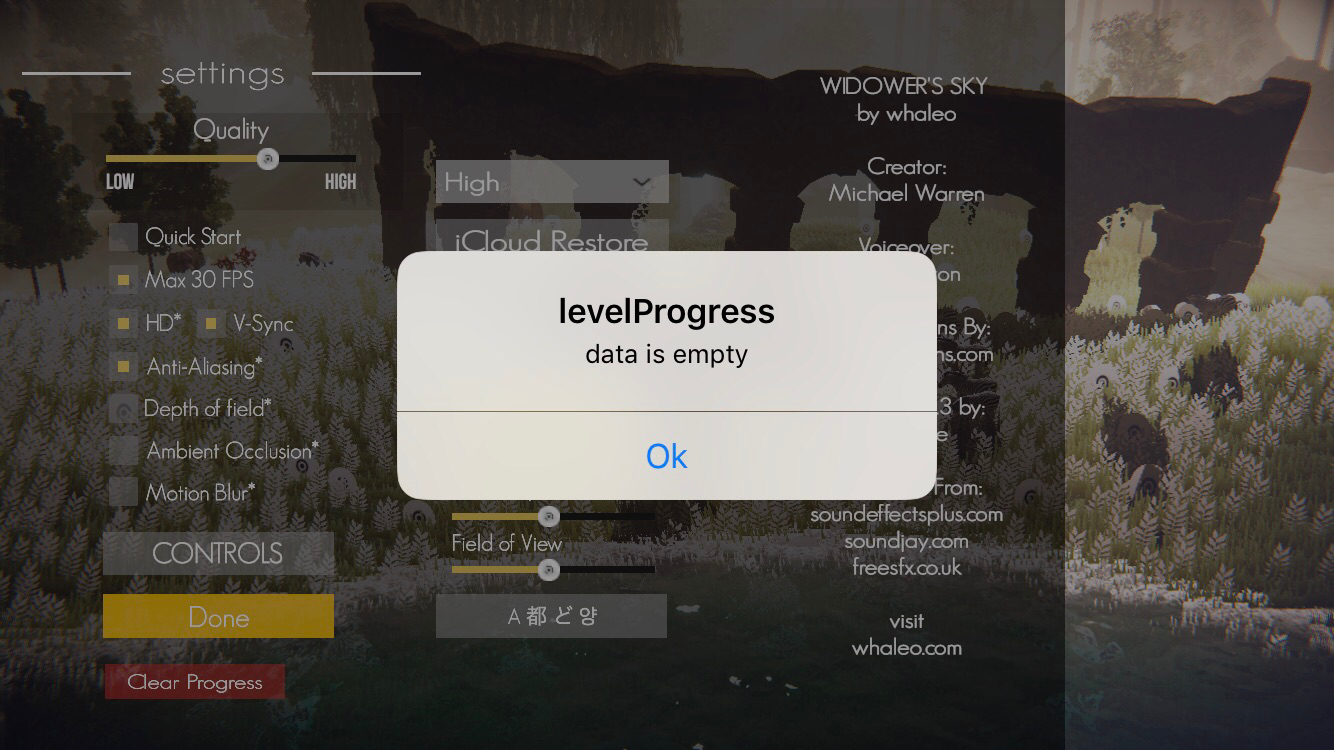 The video above is my third attempt at the game. The first one, I spent several minutes running around, looking for my son that I was supposed to pick up, because I thought my actual son — a tiny white dot — was just a bird sitting on a stone. And when you get separated, he often blends in completely into the environment. I also couldn’t figure out how to pick up the deer I killed so I could carry it to a fire. So I figured I’d start a new game and video so people don’t see me fumbling around like that as their first experience of the game. I found out from the developer how to carry the deer and then started over with a new video. I assumed things would get better and that it was just off to a rough start with not enough guidance. But it only got worse.

On my second attempt, I managed to hunt and cook the deer, feed my son, and then rest. We even made it to some new area. Here, there were some spherical rocks that were numbered. The first had a laser shooting out to the second one and I thought it was a puzzle. I ran around trying to figure out how to connect the other spheres. I found a cube and carried it around a bit, but abandoned it when I couldn’t find a use. I wondered what the green-faced lions were and then learned that bears could kill me. After wandering around for a good while, I finally touched the first sphere and realized I was not inside a puzzle, but a level select screen. I got transported to the first level and decided once again that I would give the game the benefit of the doubt and start a new video. Perhaps I just wasn’t being observant enough.

The third attempt is the video at the top of the page, right after the first paragraph. I got my son, cooked him dinner again, and went to the level select screen. The bear was even more troublesome this time and wouldn’t even let me get to the sphere to get to the first level. I figured I would try shooting him. But here’s the problem. The terrain is uneven, but your bow only hits in a straight line. You can rotate it around you, but not up or down. So if the bear is slightly above or below you, you miss. I still managed to get an arrow in him, but all that did is make him angry and I died anyway. I asked the developer how to defeat the bear and he said to either dash into it or shoot it five times. Why would anyone think to try either of those? And how would I ever get five arrows into an angry bear? 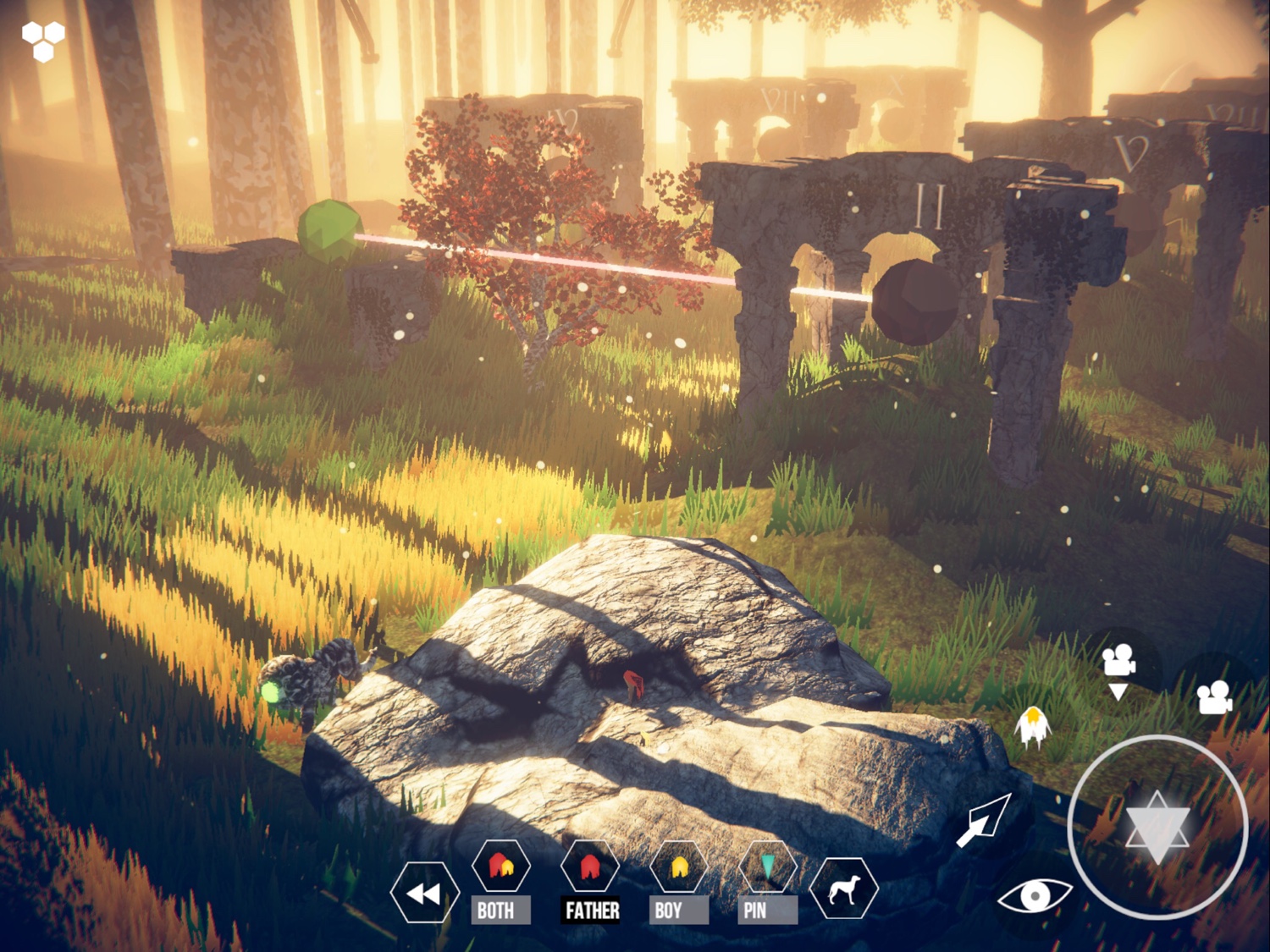 Things continued to get worse. I finally made it to to the first level again and found the horse I mentioned. I thought I could have a bit of fun riding him, but I wasn’t able to control him. I fell through the ground. My son got hungry already, then we died because I didn’t feed him. I’m still not sure why he has to eat and I don’t, though that’s the least of my problems. But this kept happening, so I turned off Survival mode in the settings. That shut him up and we stopped dying due to hunger. But then I got killed by a walking tree that shoots lasers. Over and over again. When I finally managed to stay alive for a few seconds, I touched a shipping container and it exploded, killing me and my poor dog. Then I thought I could try a different route, towards the water, and I drowned. That’s where I called it a day. I must have died about thirty times in the first few inches of the first level. I never got the chance to get my feet wet and explore or experiment, because I was basically stuck in a death loop. The game doesn’t want to hold your hand, but doesn’t allow you to explore and learn on your own, either. There might be a decent game somewhere in here, but I never got an opportunity to see it. If you’re still curious, by all means give it a try. Maybe you’ll appreciate the challenge and lack of guidance. But I personally can’t recommend Widower’s Sky at this time. 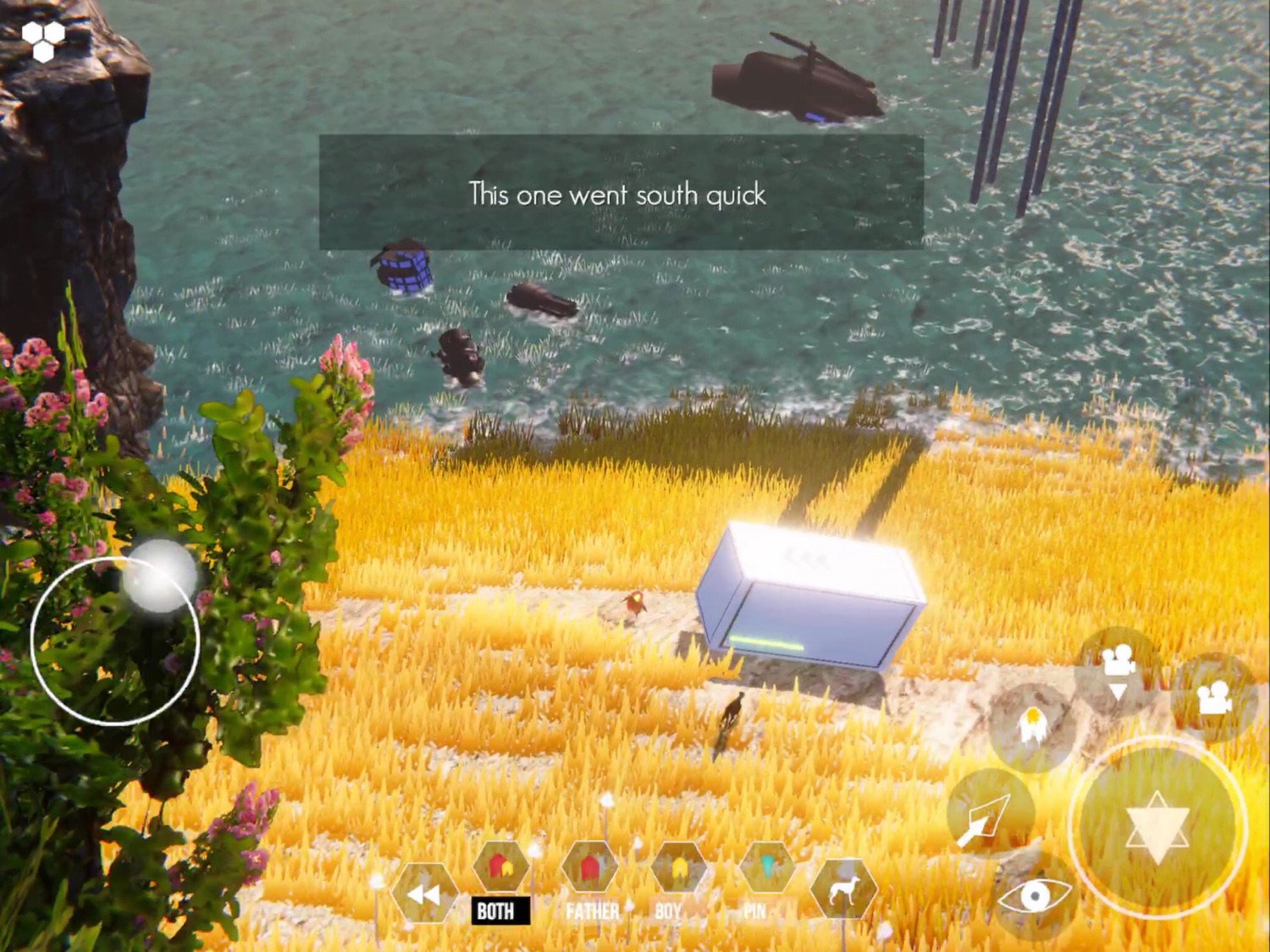