Haiku Games is back with another Adventure Escape game! This features Detective Kate Gray as she goes on a well-earned vacation at a fancy beach resort with her friend Melissa. Of course she can’t actually have a vacation, because that wouldn’t make for much of a mystery game! This walkthrough guide will help you with hints, tips, tricks, answers and solutions for any puzzles you get stuck on in Chapter 7 of Paradise Mystery. Feel free to ask for extra help in the comments section.

You can watch my video for Chapter 7 or continue below for my step-by-step guide.

1. Time to investigate Nanci’s death! The cop says it’s a suicide, but she locked herself out of her car and can’t show you the note. So we have to help her find the keys. Notice the license plate says 431PR and then head down the stairs to the beach. 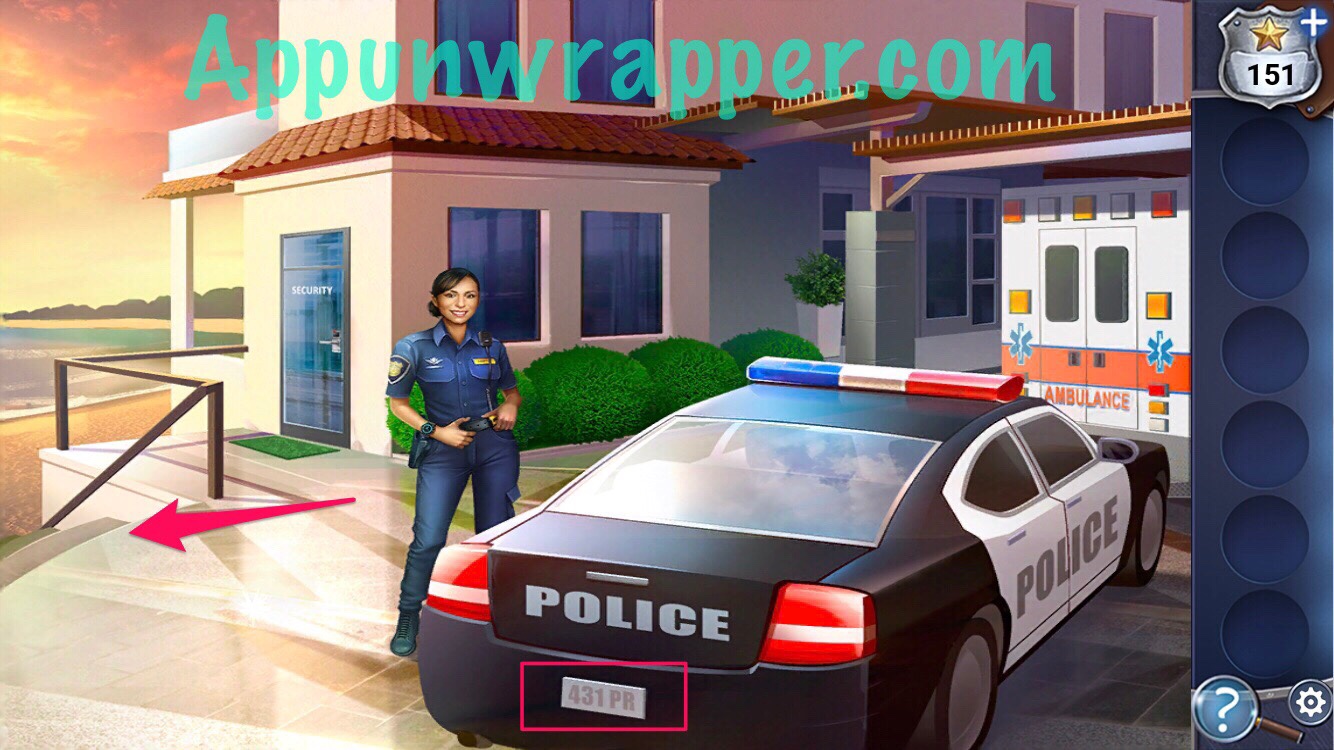 2. Pick up the two purple towels and then head into the lifeguard station. 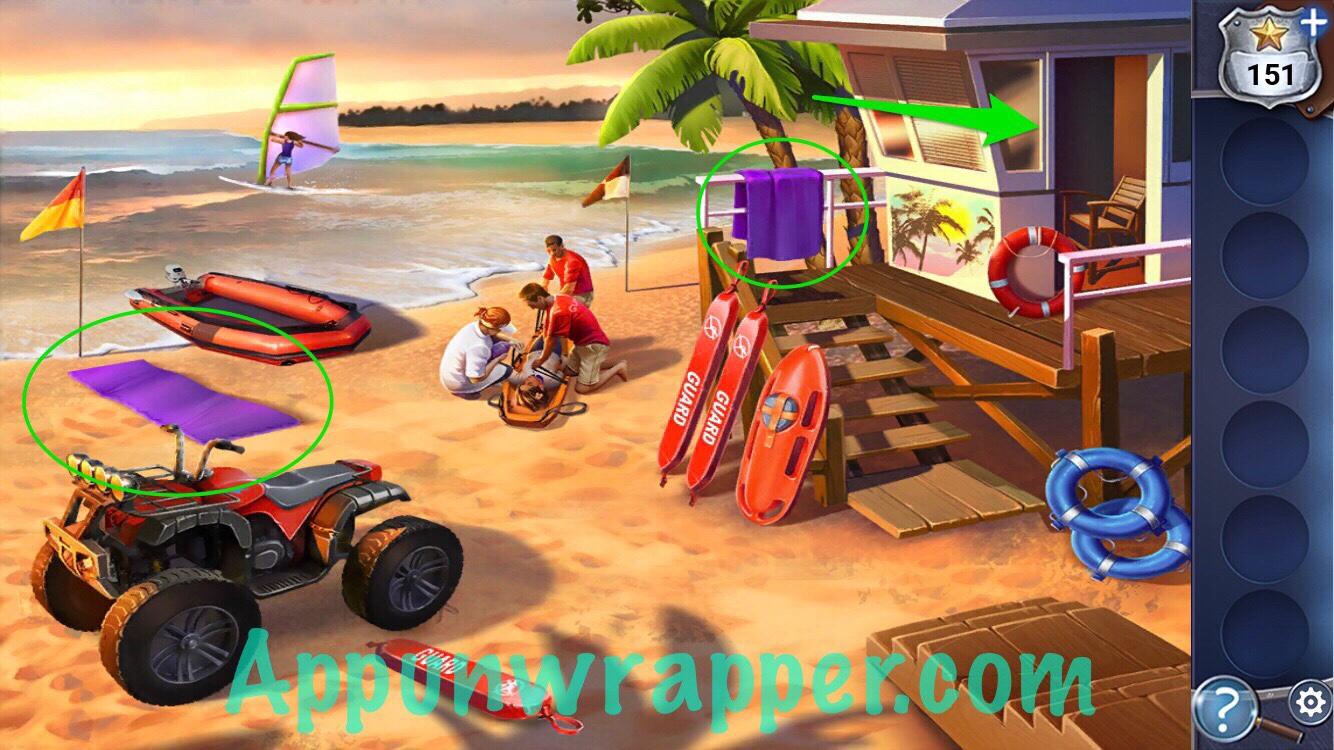 3. Pick up the paperclips. Find the clue behind the rescue buoy and look at the piece of paper with the lifeguard flag designs. Also, notice the two locks. We’ll come back to them. 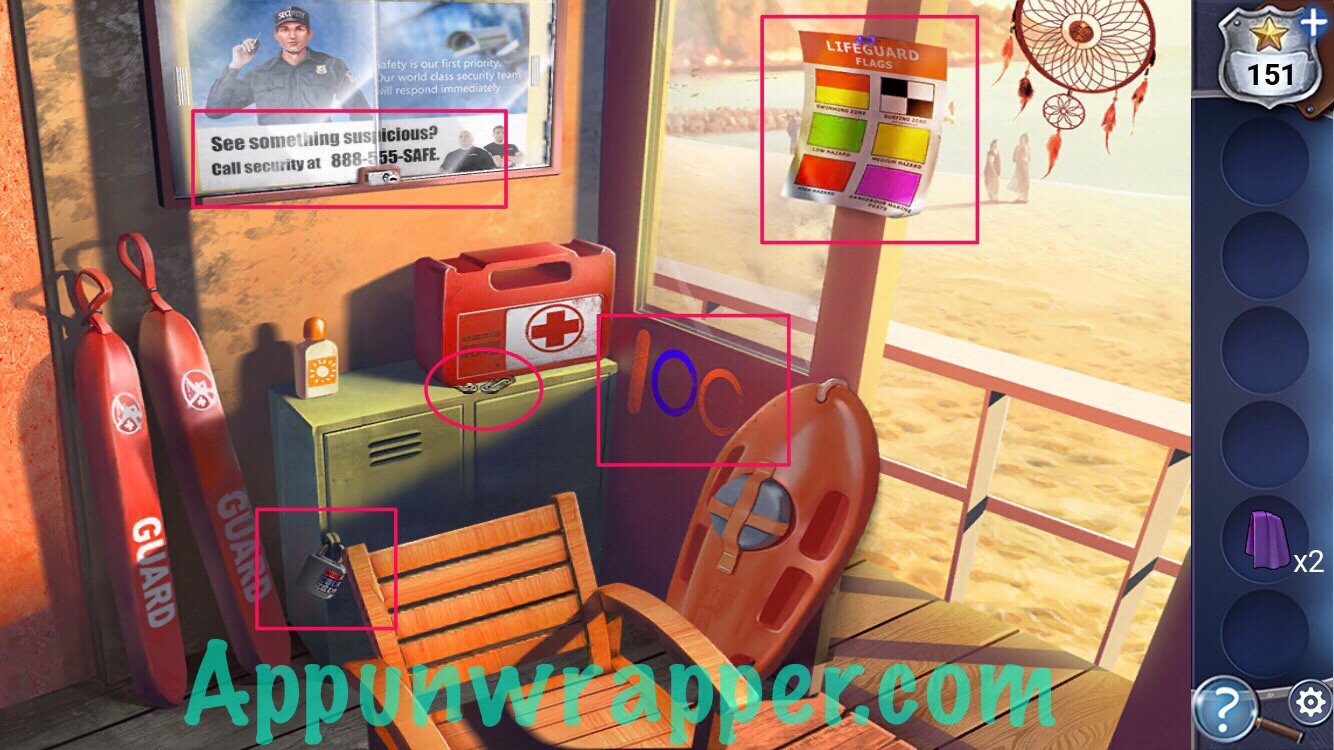 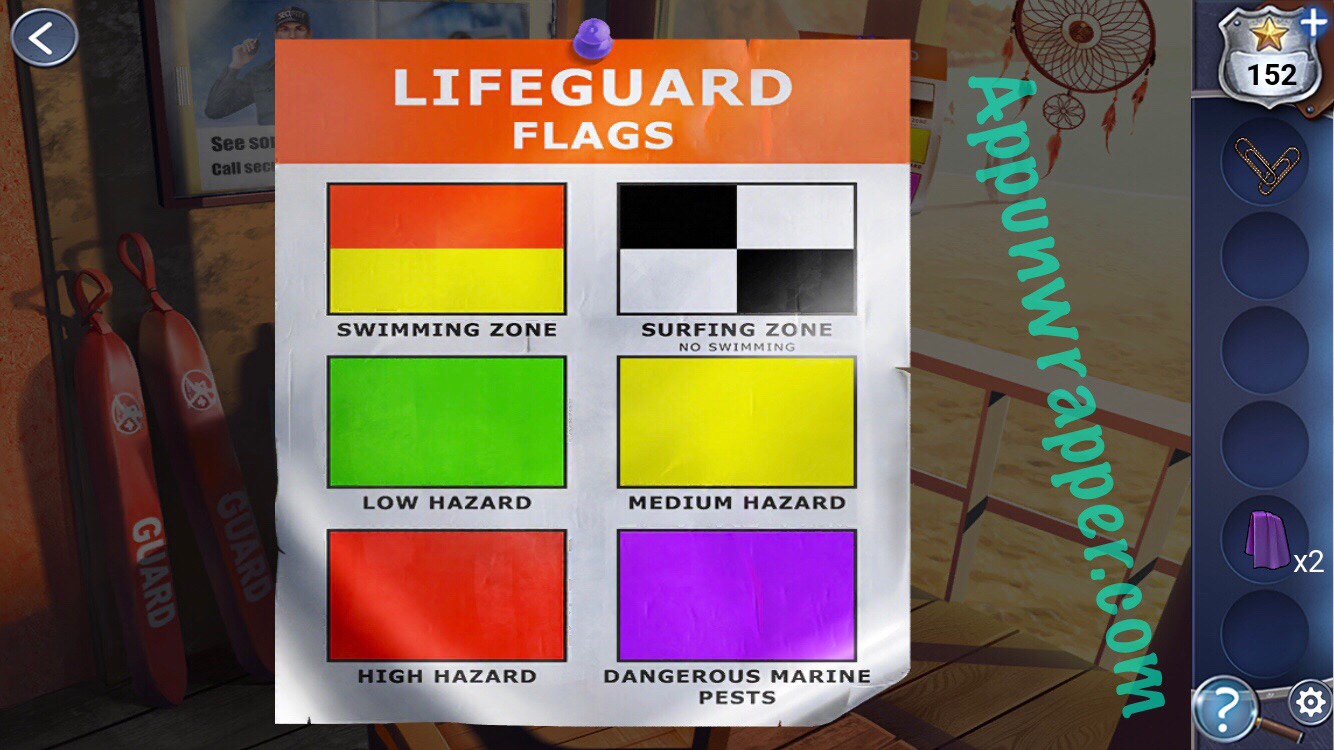 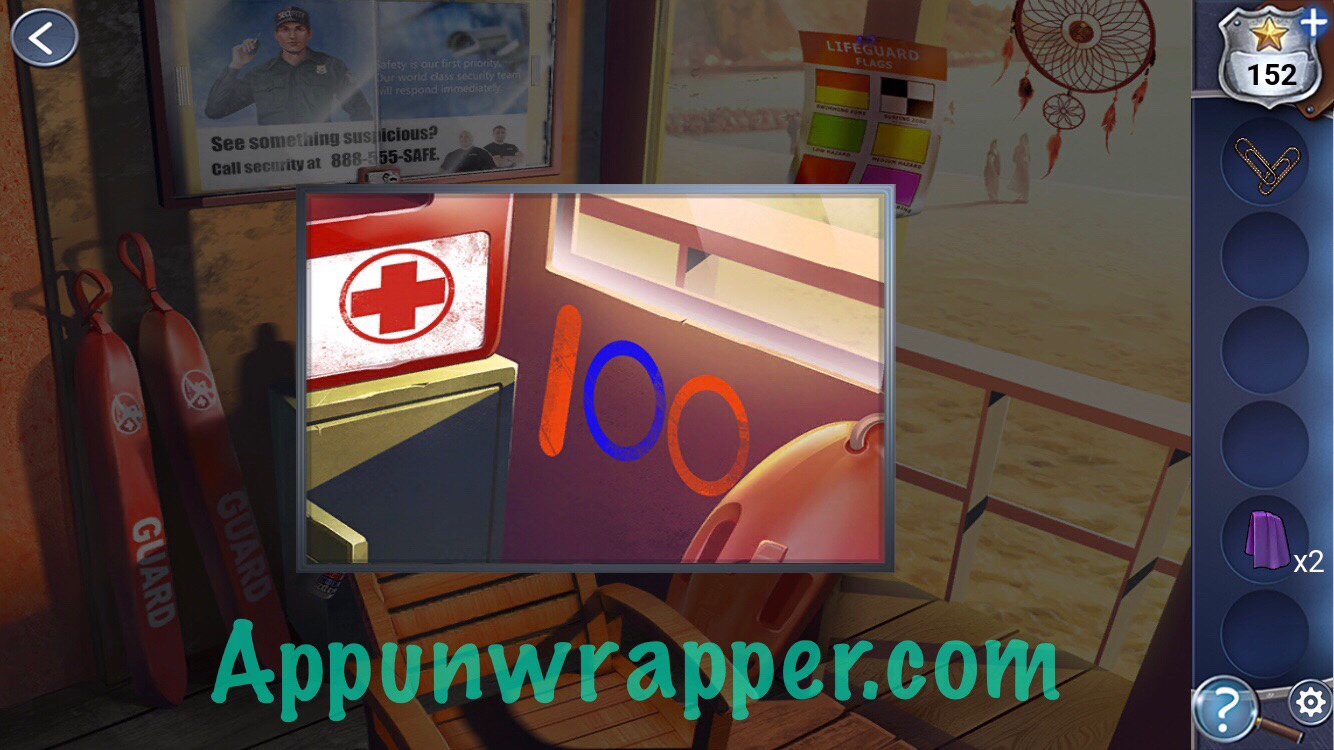 4. Tap on the lock where it says SEE SOMETHING SUSPICIOUS? and use the paperclips to pick the lock. It’s a puzzle! It’s basically trial and error. If you mess up, try a different order. I’ve numbered them for you below if you need help. Then take the poster of the security guard. 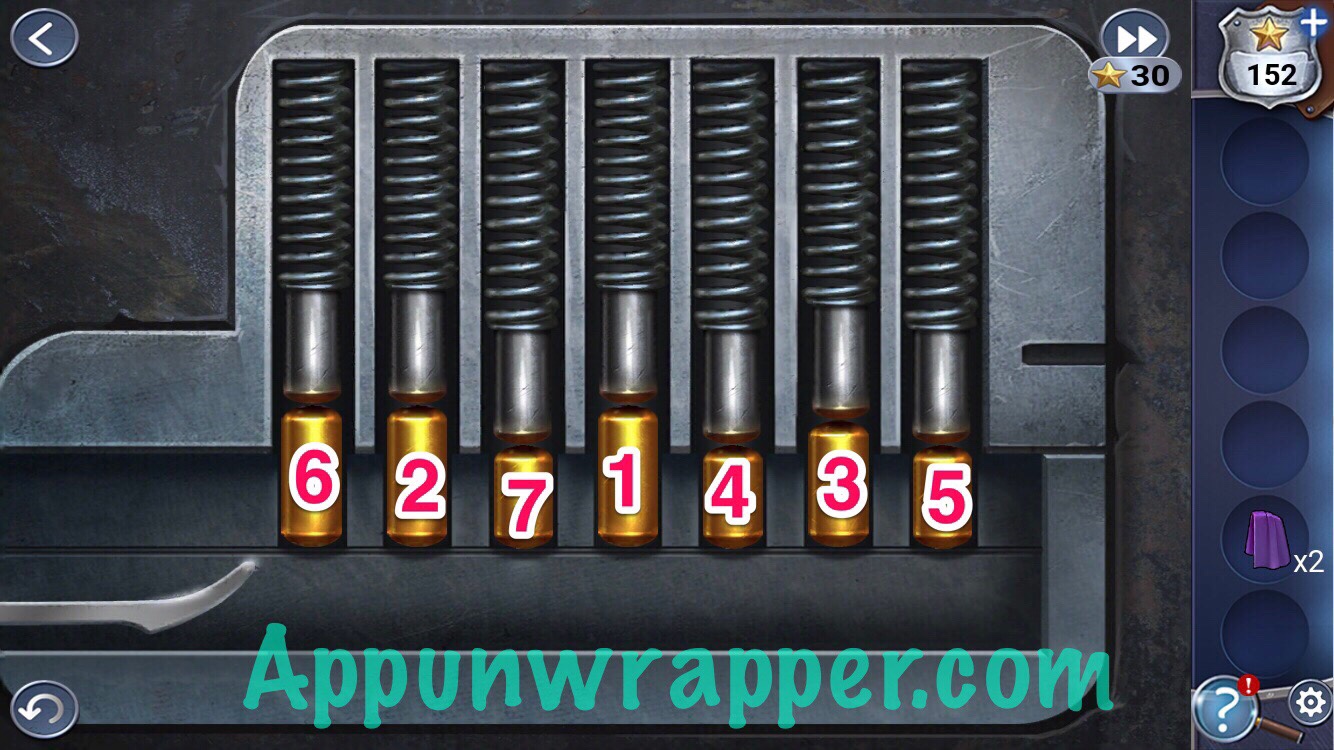 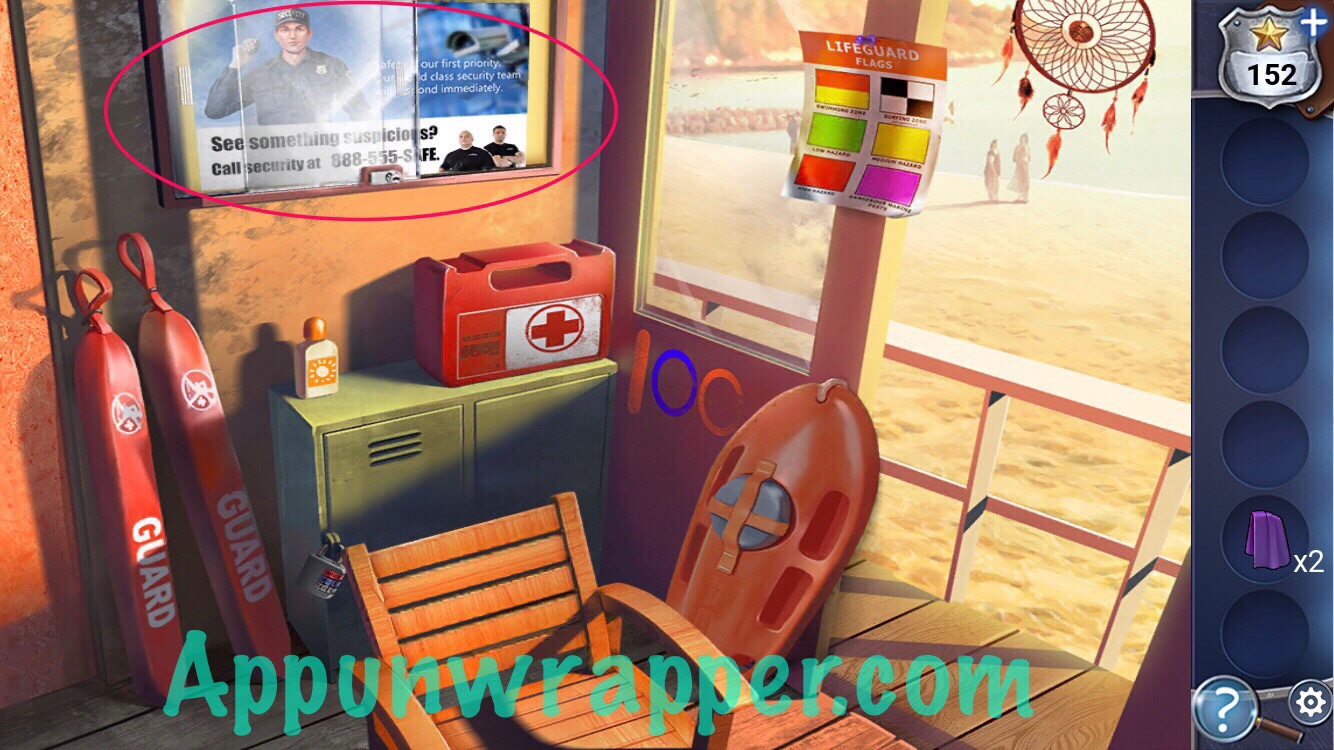 5. Now let’s open the cabinet. The clue that looks like a red 1, a blue 0 and a red 0 is actually showing you different floatation devices. So what you need to do is count up all the long red skinny ones you find, then blue lifesavers, then red lifesavers. You get:

Enter 521 into the combination lock and then take the buggy keys from inside the cabinet. 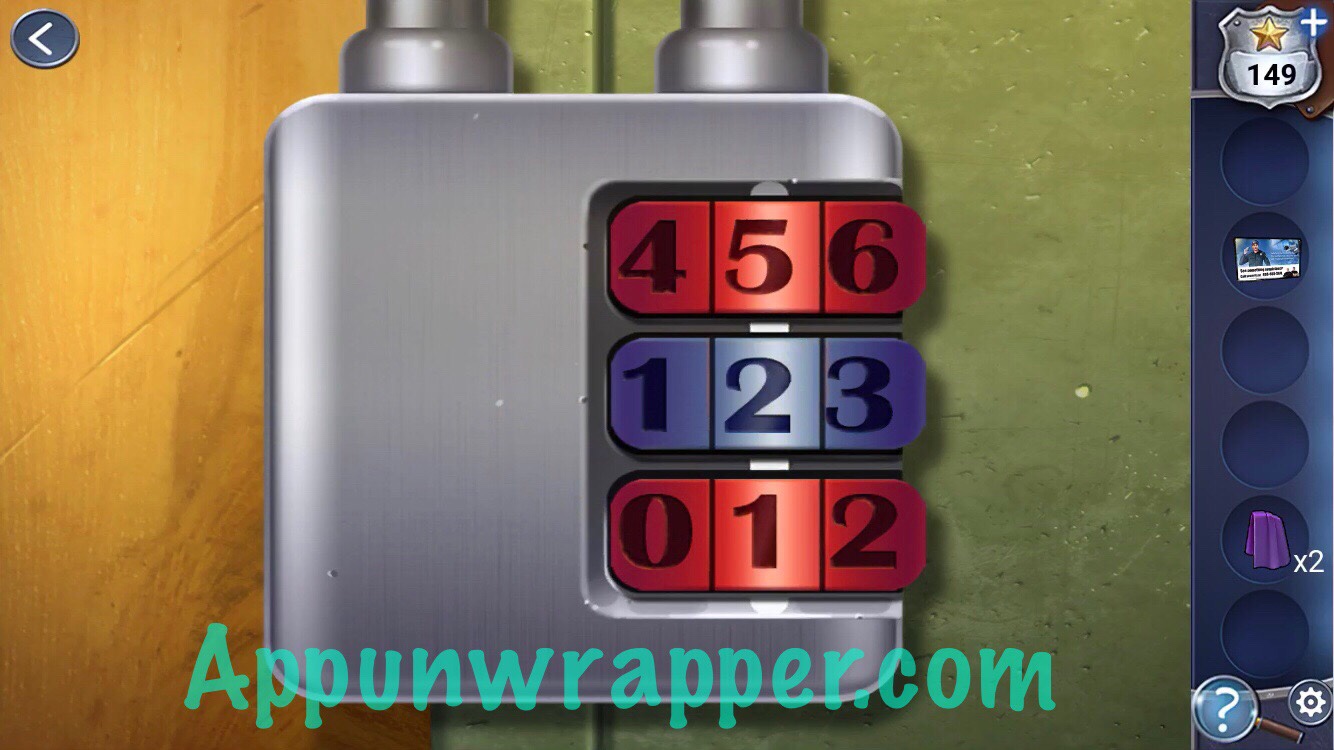 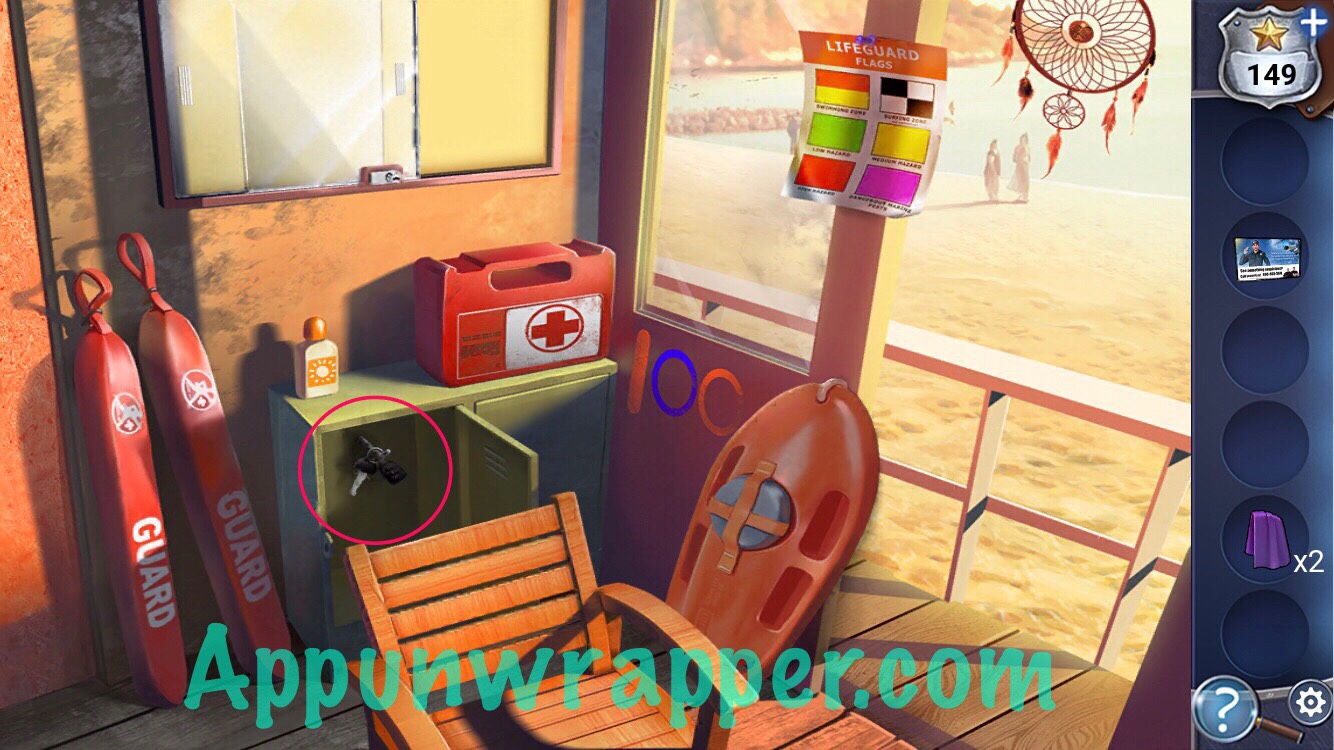 6. Go back outside and replace the two flags with your purple towels so people think there are dangerous marine pests in the water. The surfer named Lani will come over and ask what happened. You can ask her about any suspicious activity but she doesn’t seem to know much. Also, use the buggy keys to move the beach buggy and the grab the car keys from the sand.

7. Go back to the police car and use the keys to unlock it. Read the suicide note on the seat. 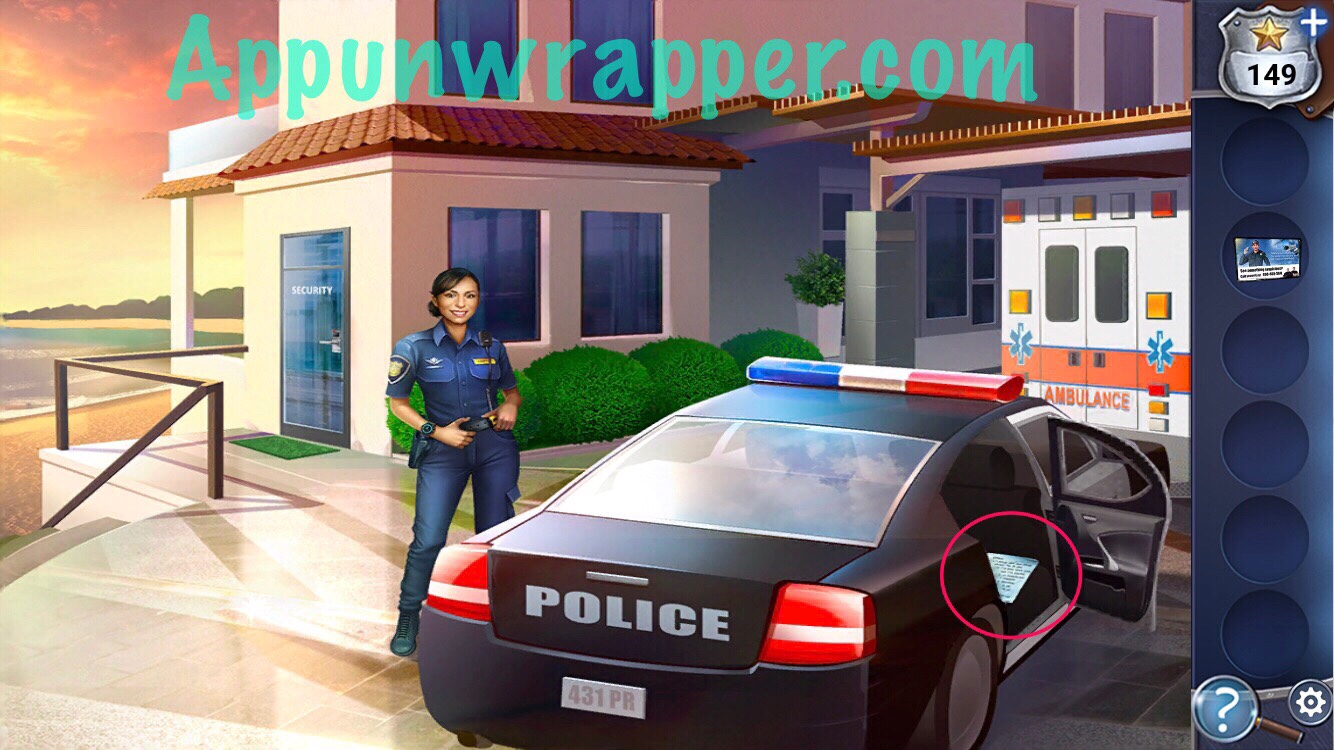 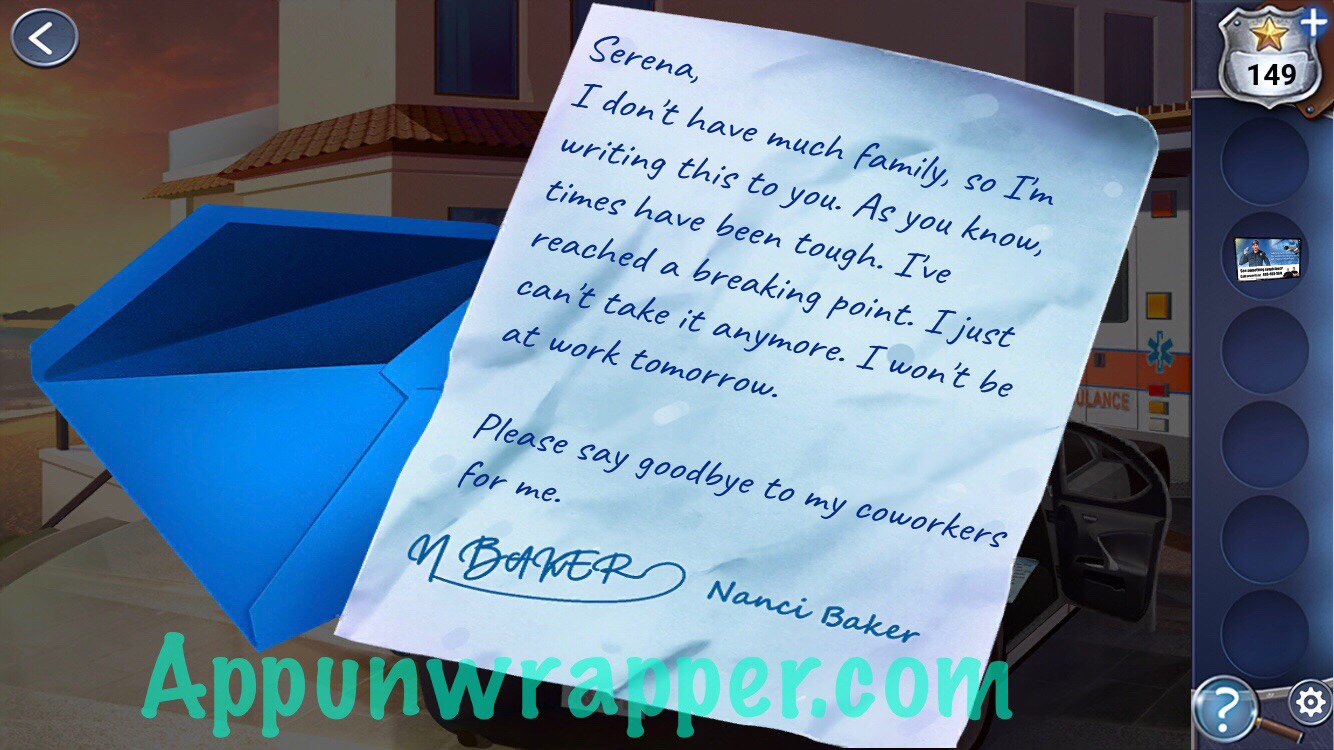 8. Tap on the security office door. Use the poster of the security guard on the scanner to unlock the door and then go through. 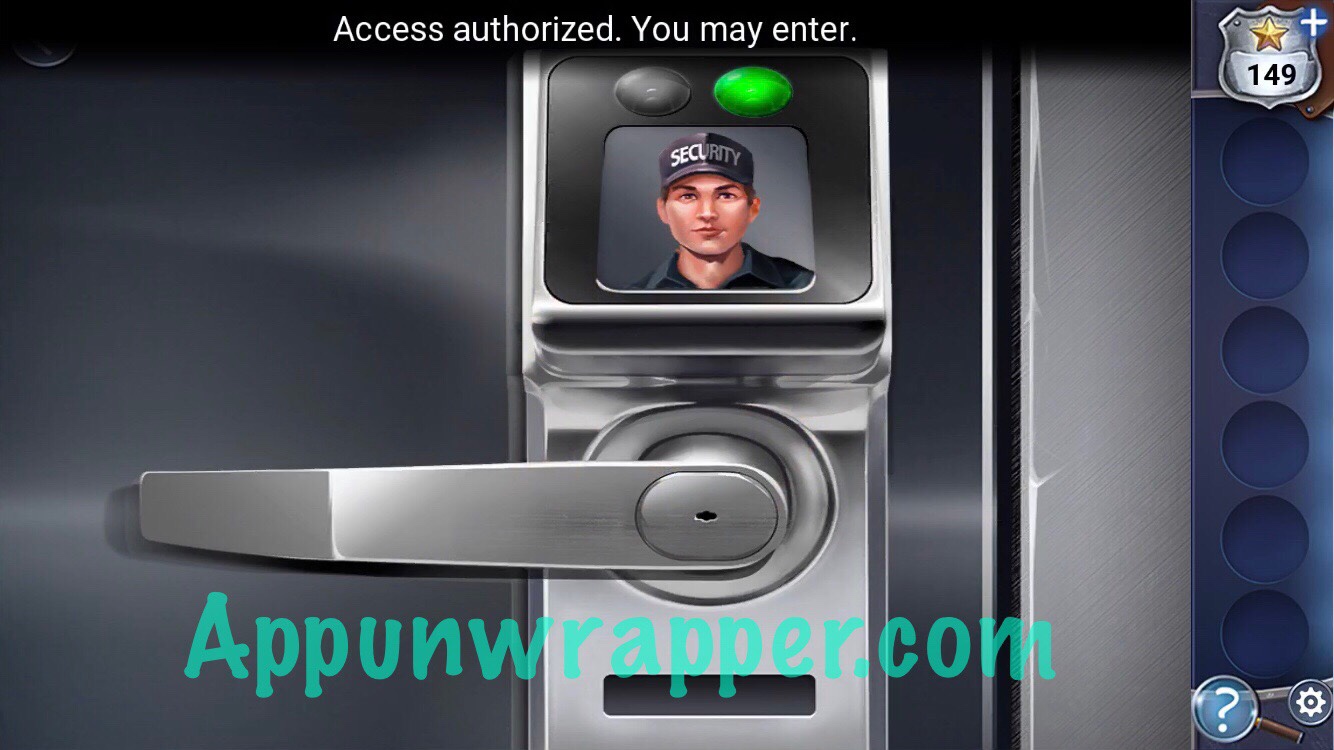 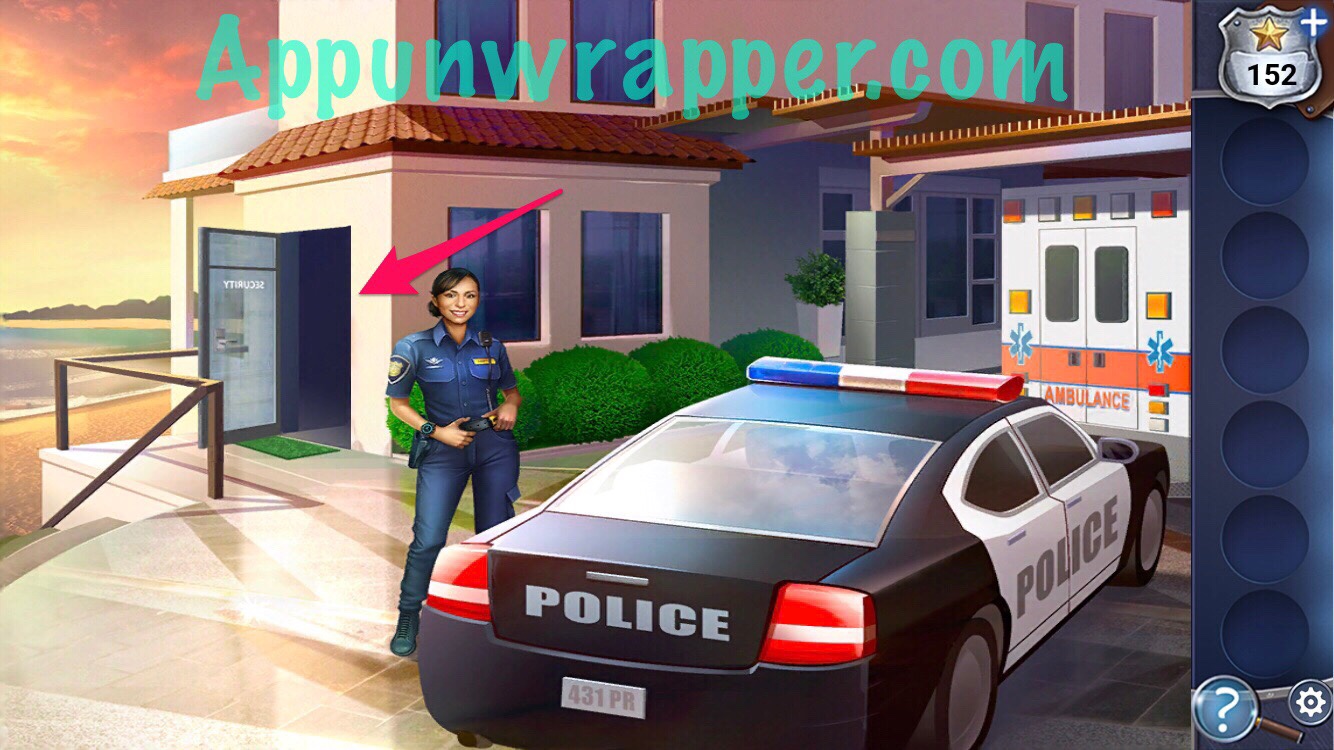 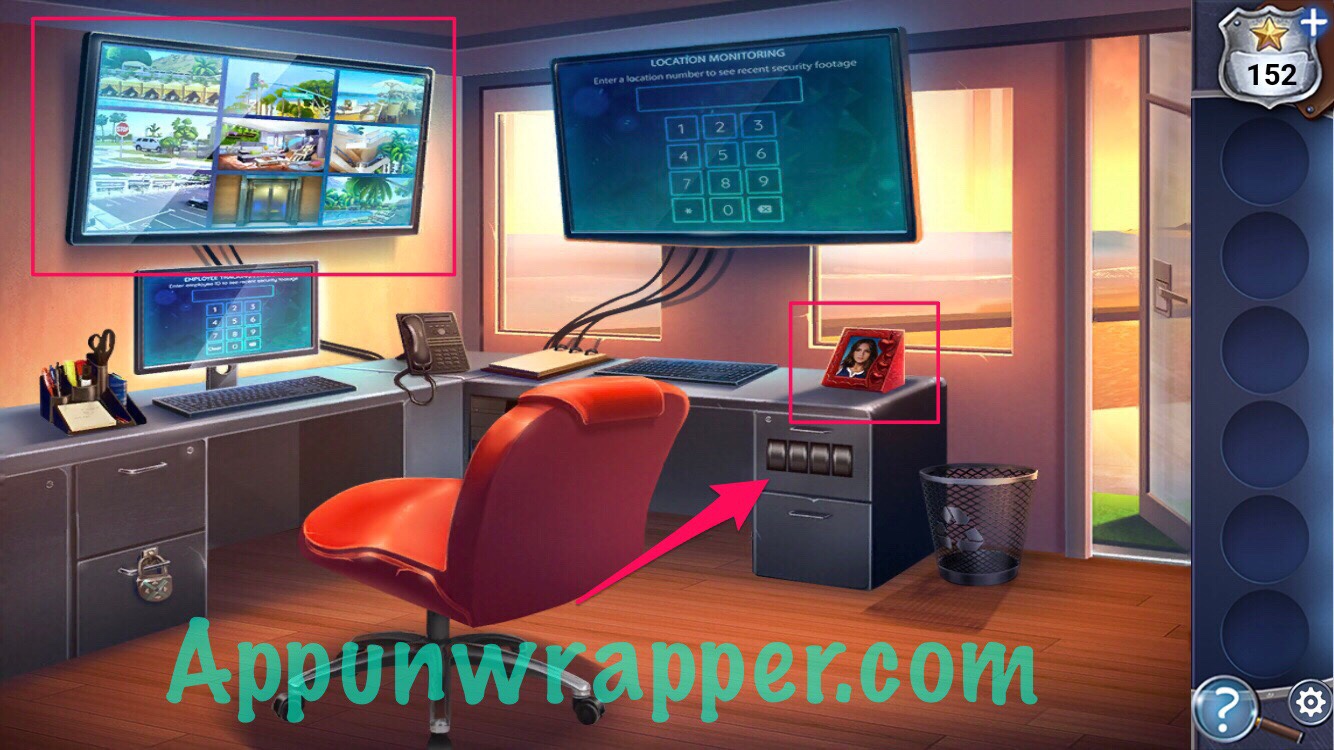 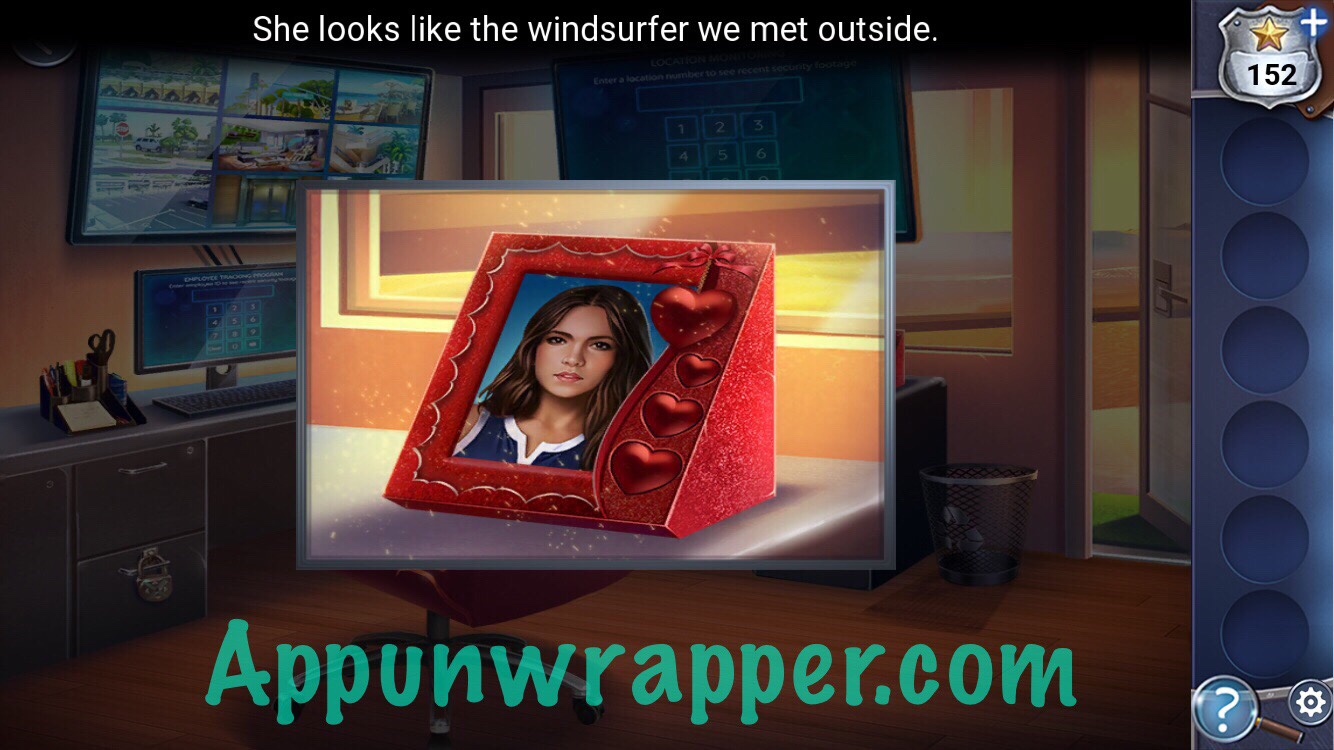 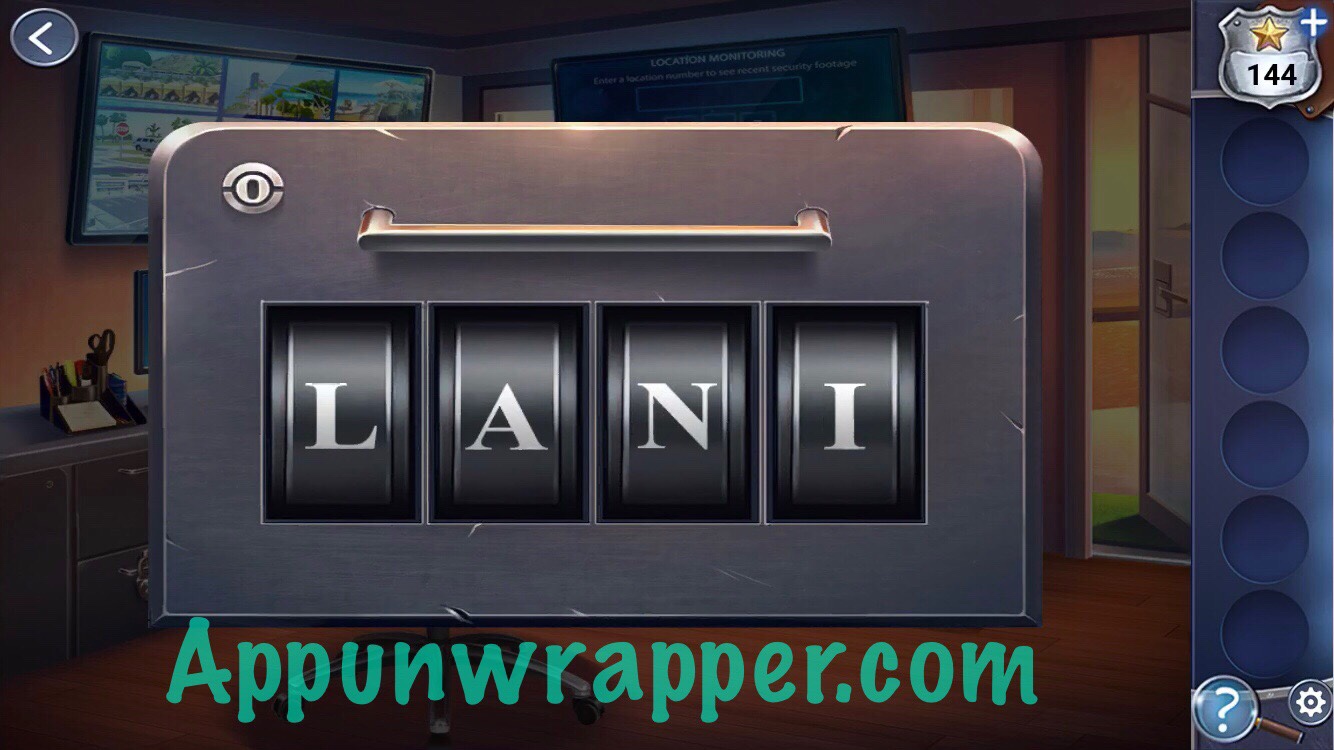 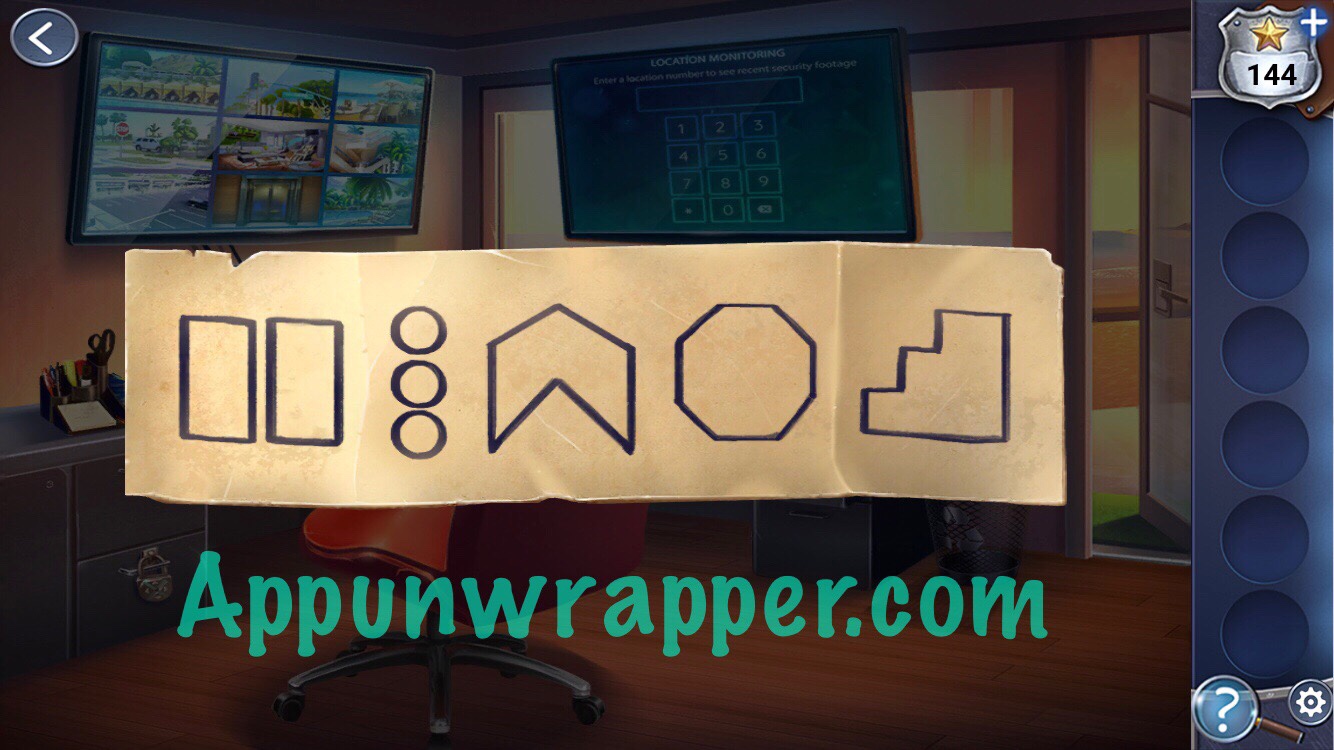 10. Look at the surveillance footage. Find the shapes from the note on there. The first is the elevator doors. The next is the traffic light. Next is the tents. Then the stop sign. And last are the stairs. Look at the directions you go from one to the next. It ends up being Up, Left, Down, Right. 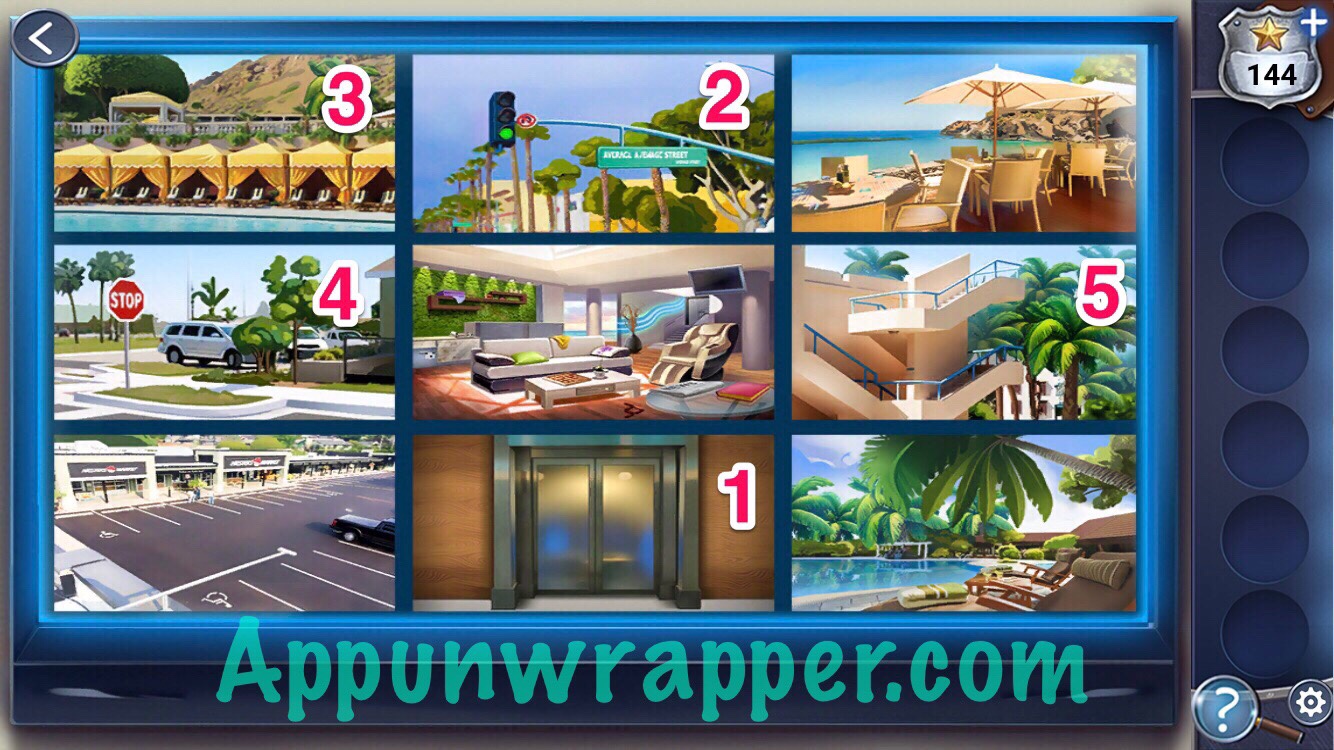 11. Now, press those buttons on the drawer’s padlock: Up Left Down Right. Then look at the employee ID list. 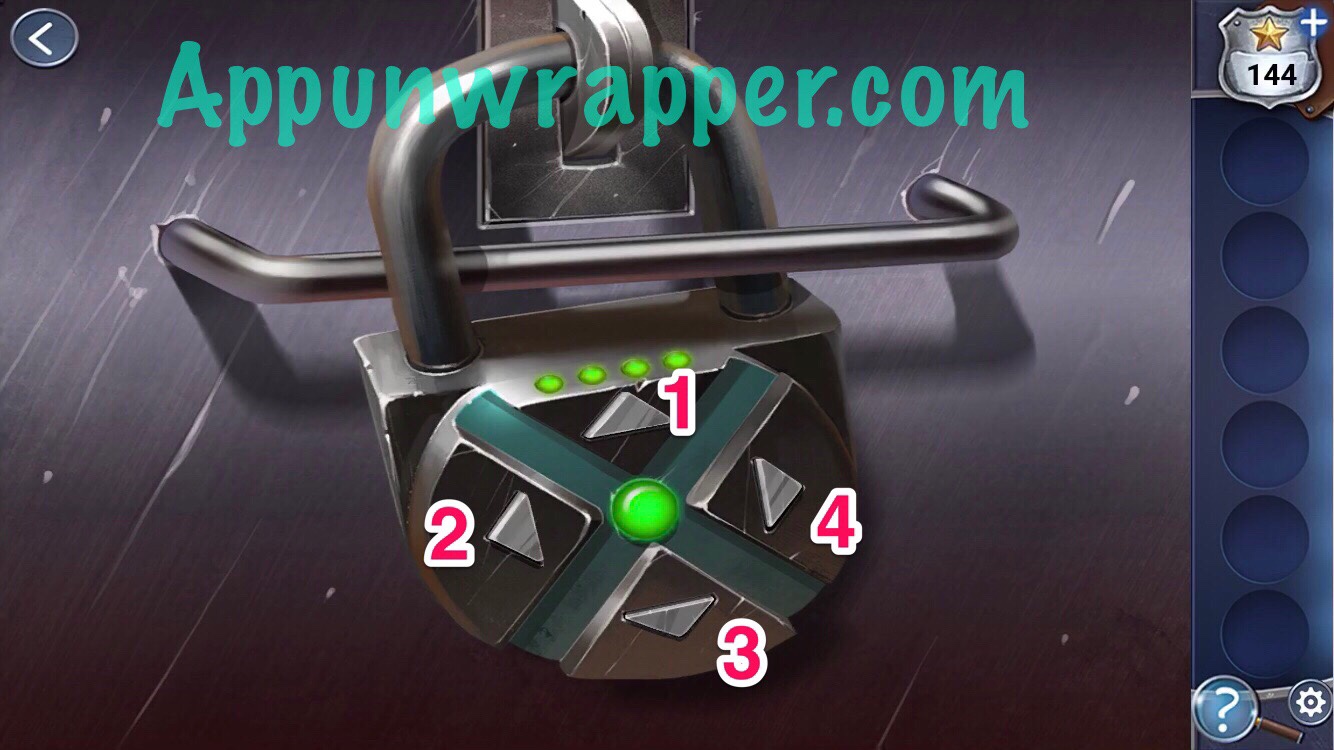 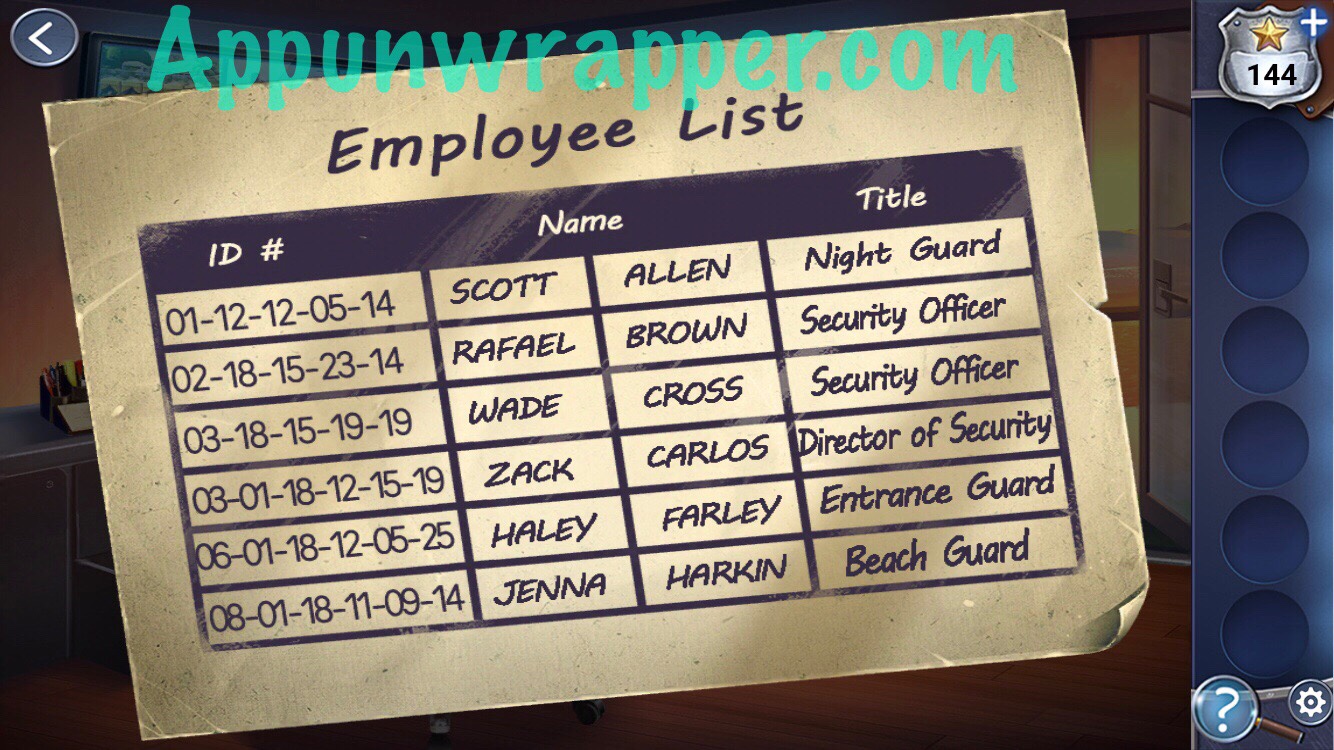 12. None of the ID numbers work to pull up footage. What we need to do is use those numbers to find an Nanci Baker’s ID number. Each letter of the last name represents a number in the employee ID. So let’s work it out.

Enter that into the database to bring up her last known location. 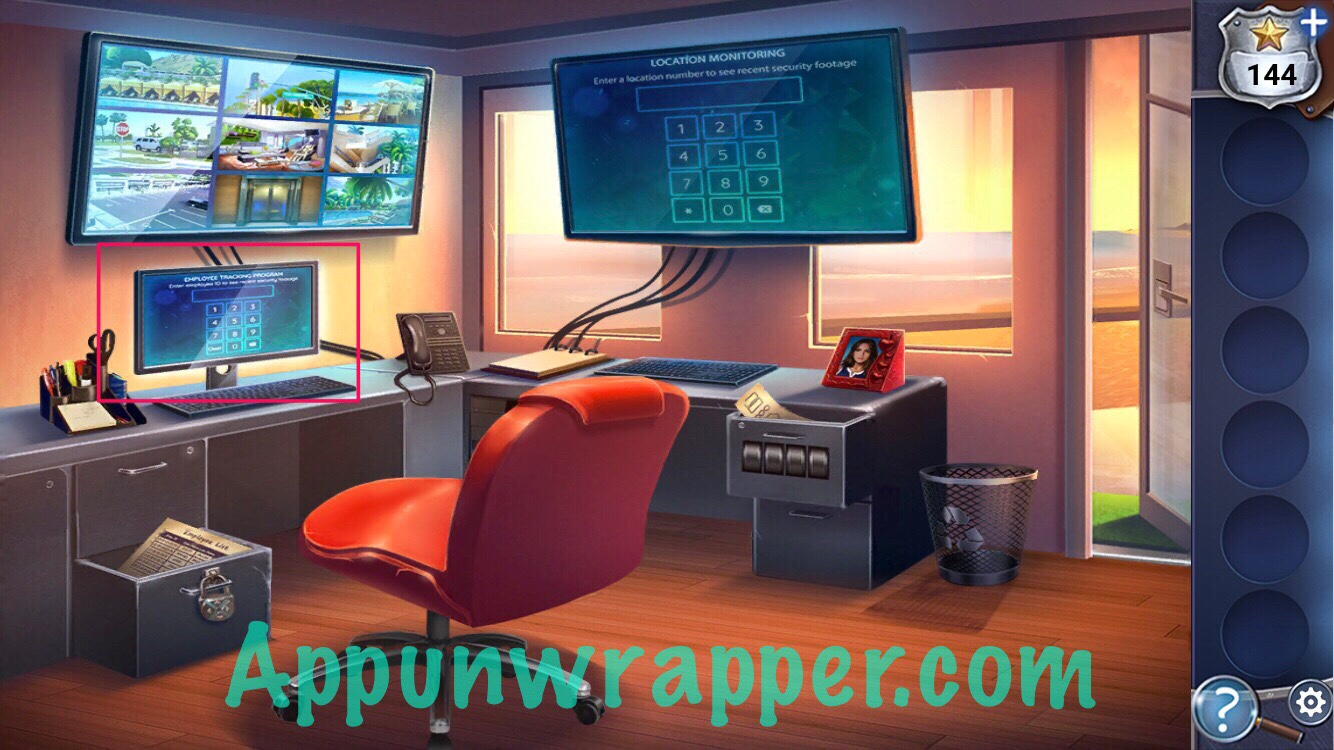 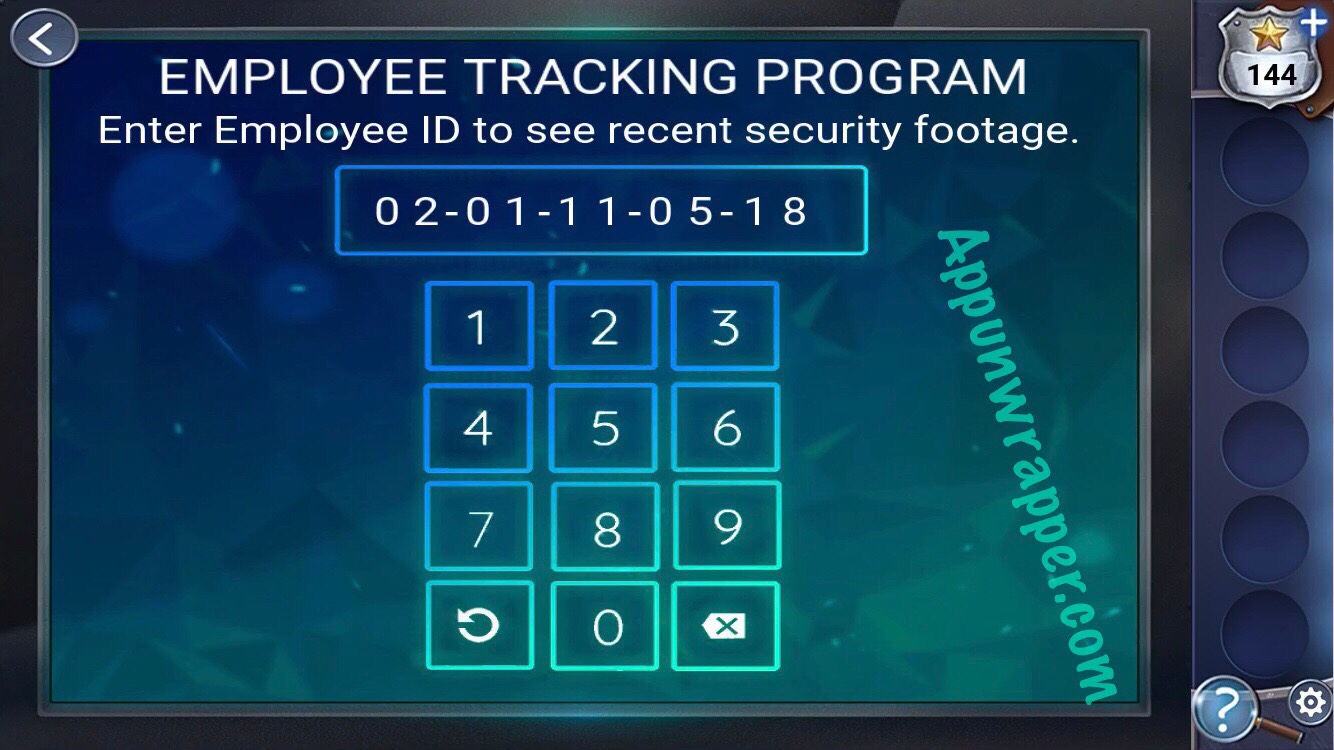 13. Now we have to identify any suspicious activity. I selected them below for you. 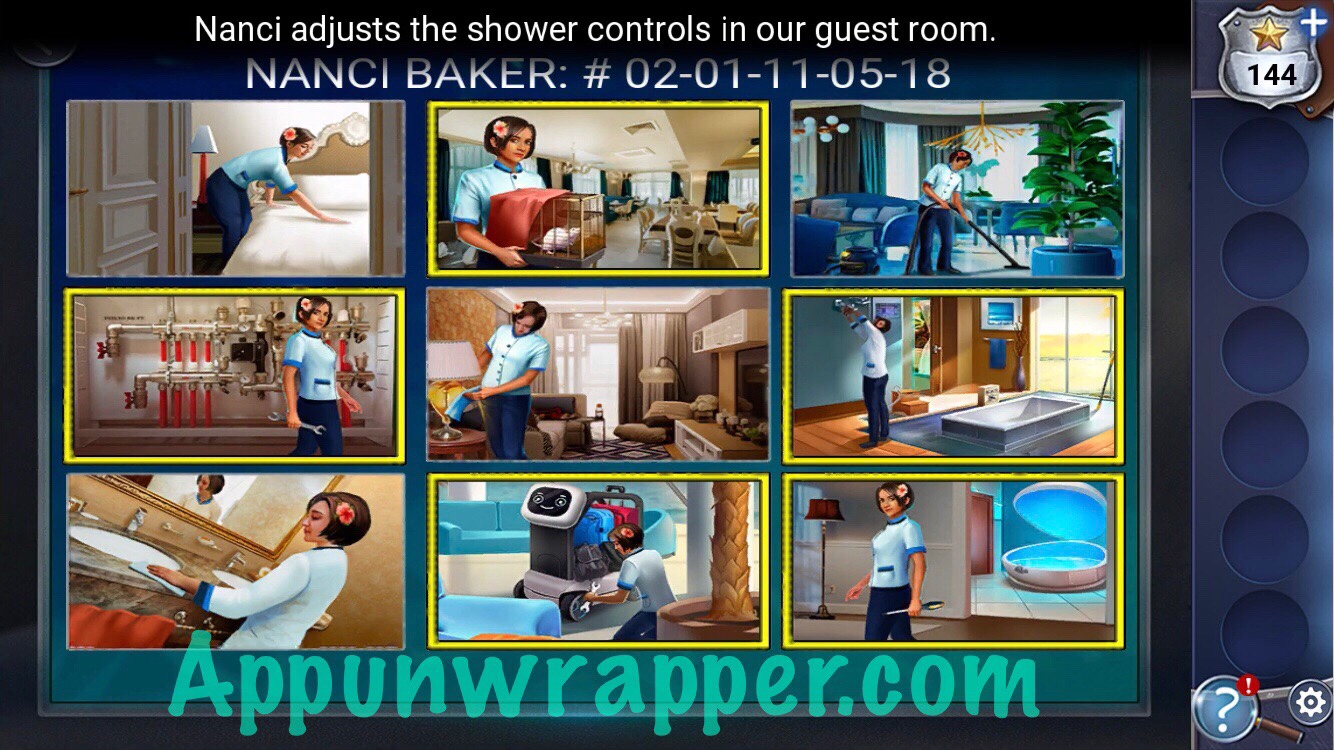 14. The next screen says to report any suspicious activity to the Director of Security in the Executive Wing (area 690). So enter 690 into the other computer. 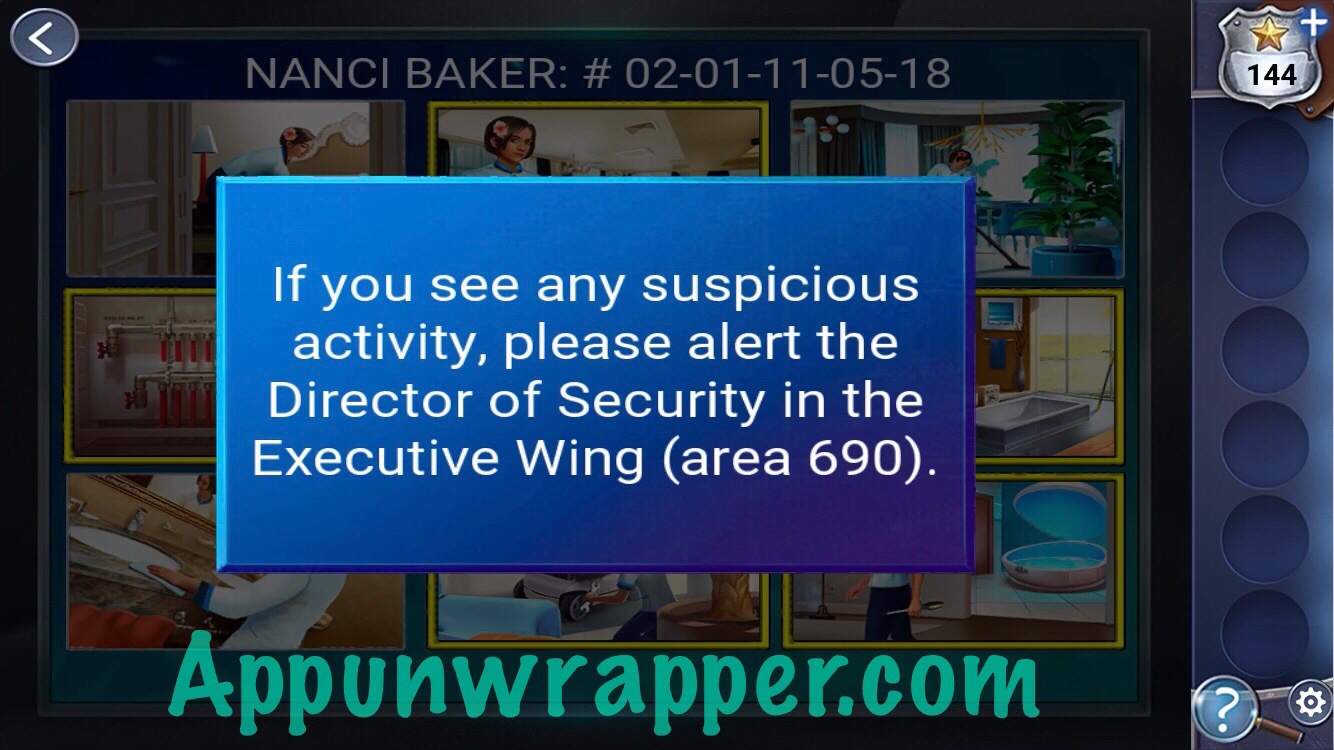 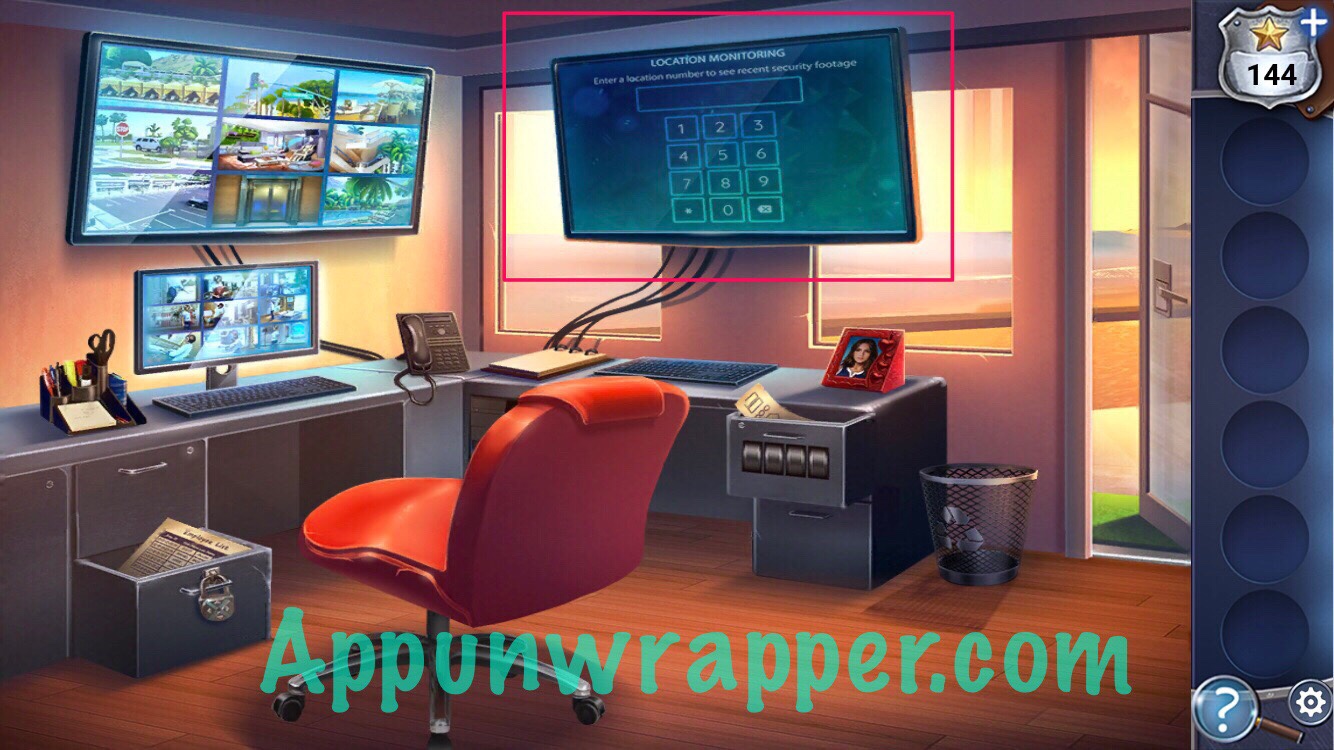 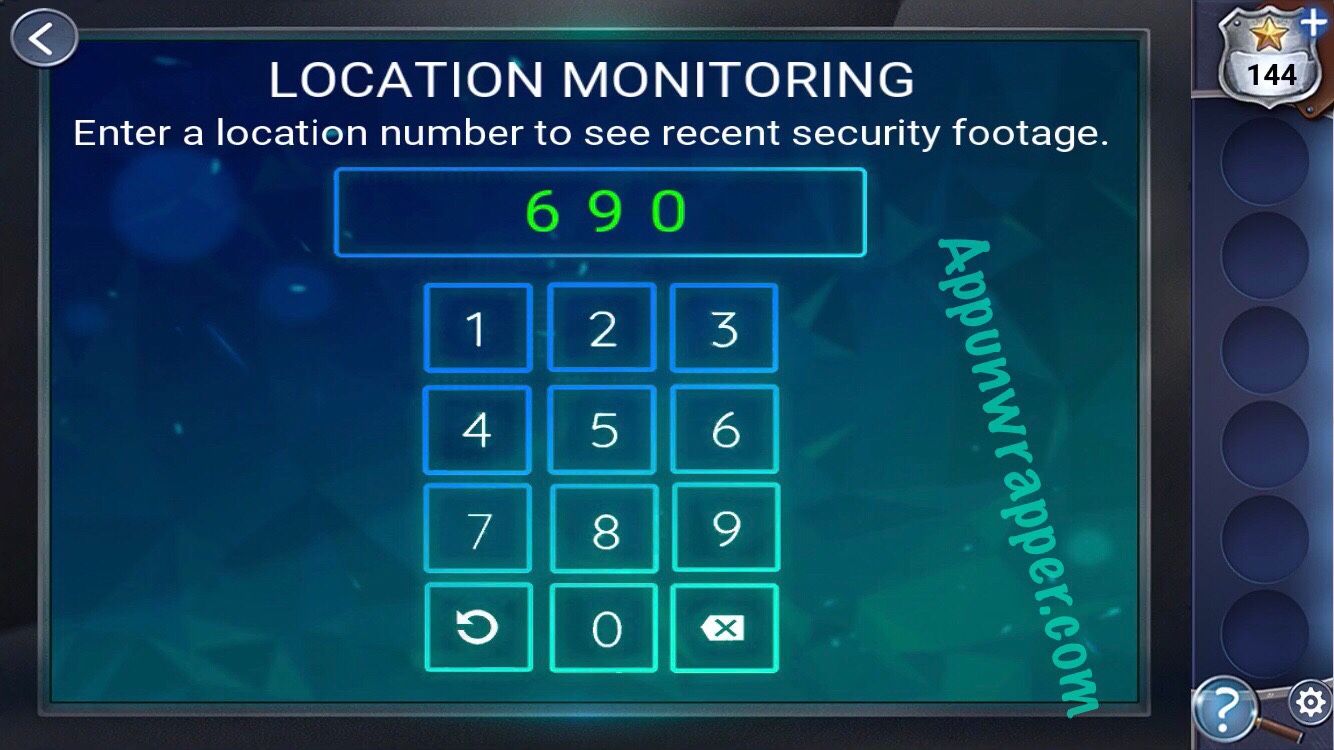 15. Now we have to look for some sign of Nanci dropping off a suicide note in the security footage. 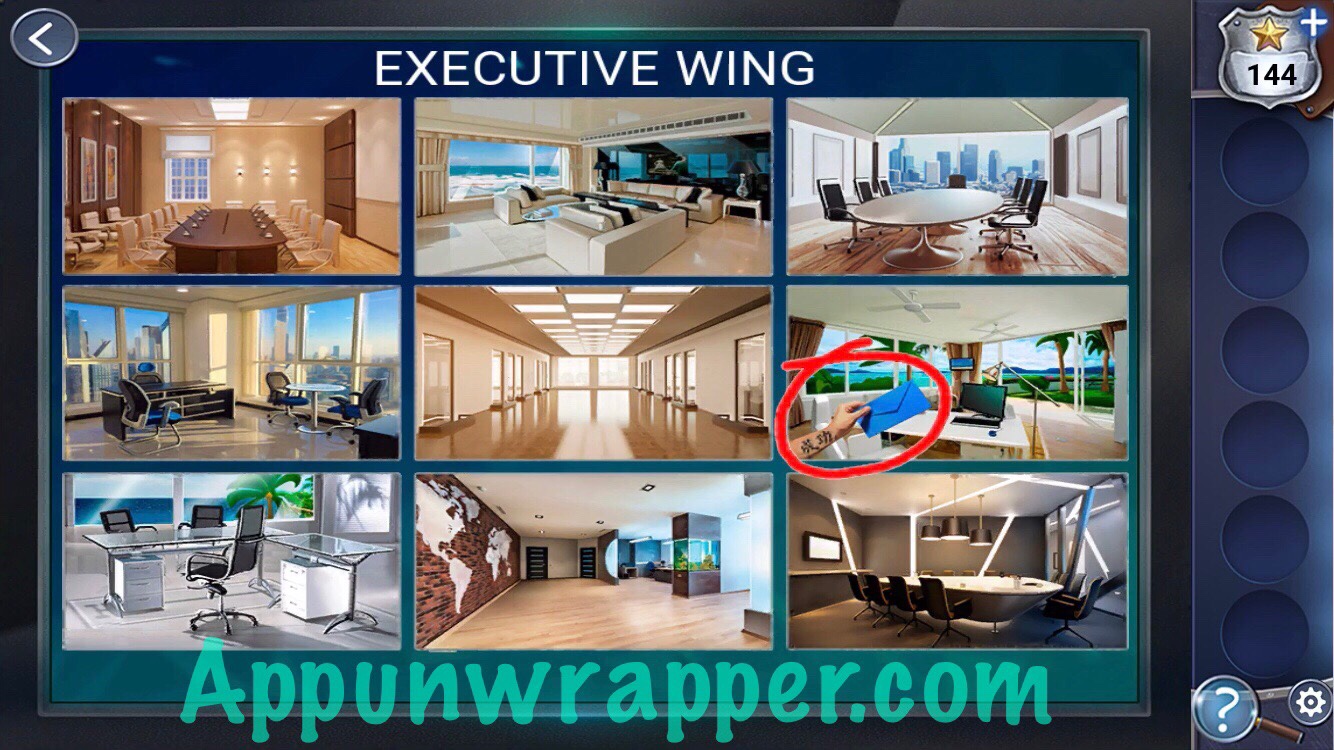 16. And now we have to enhance the image. For each one, you need to figure out what the last grid should look like.

For the first, it’s the first two in the row added together. 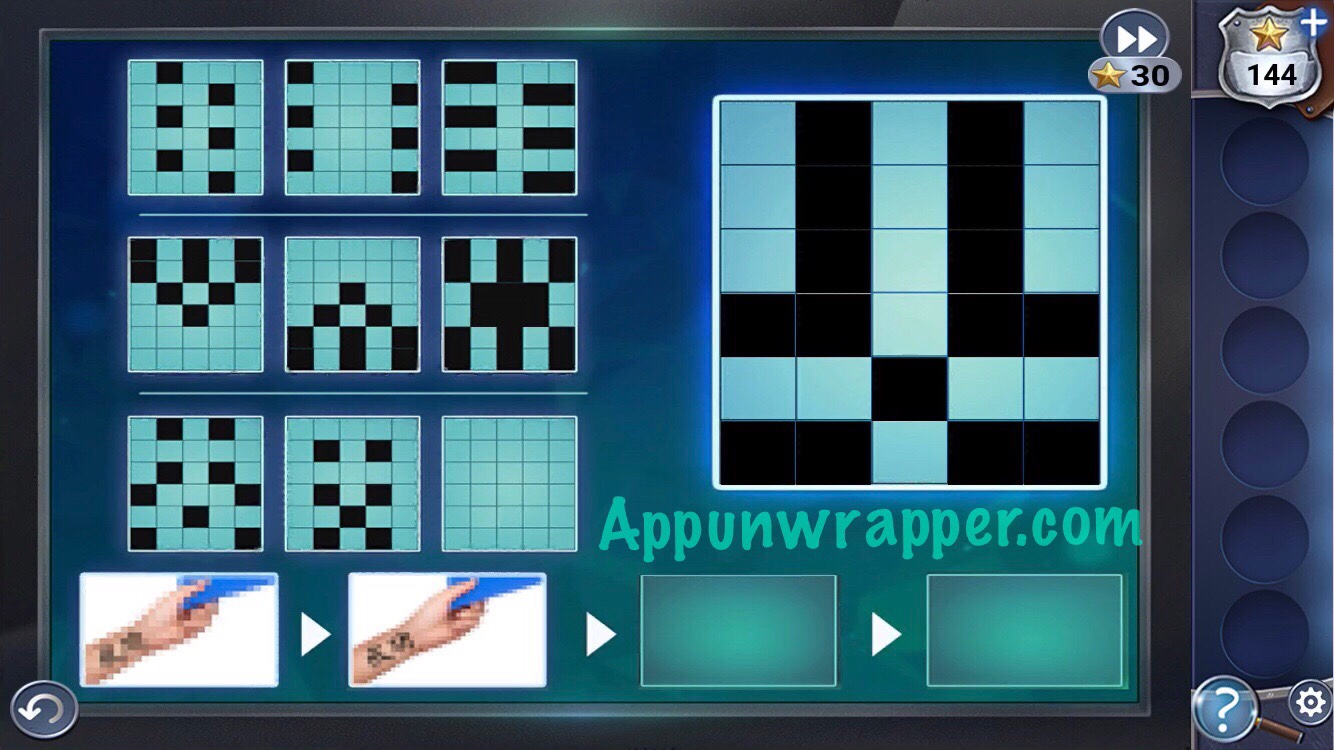 For the second, fill in the whole board with black and then subtract the patterns from the first two in the row. 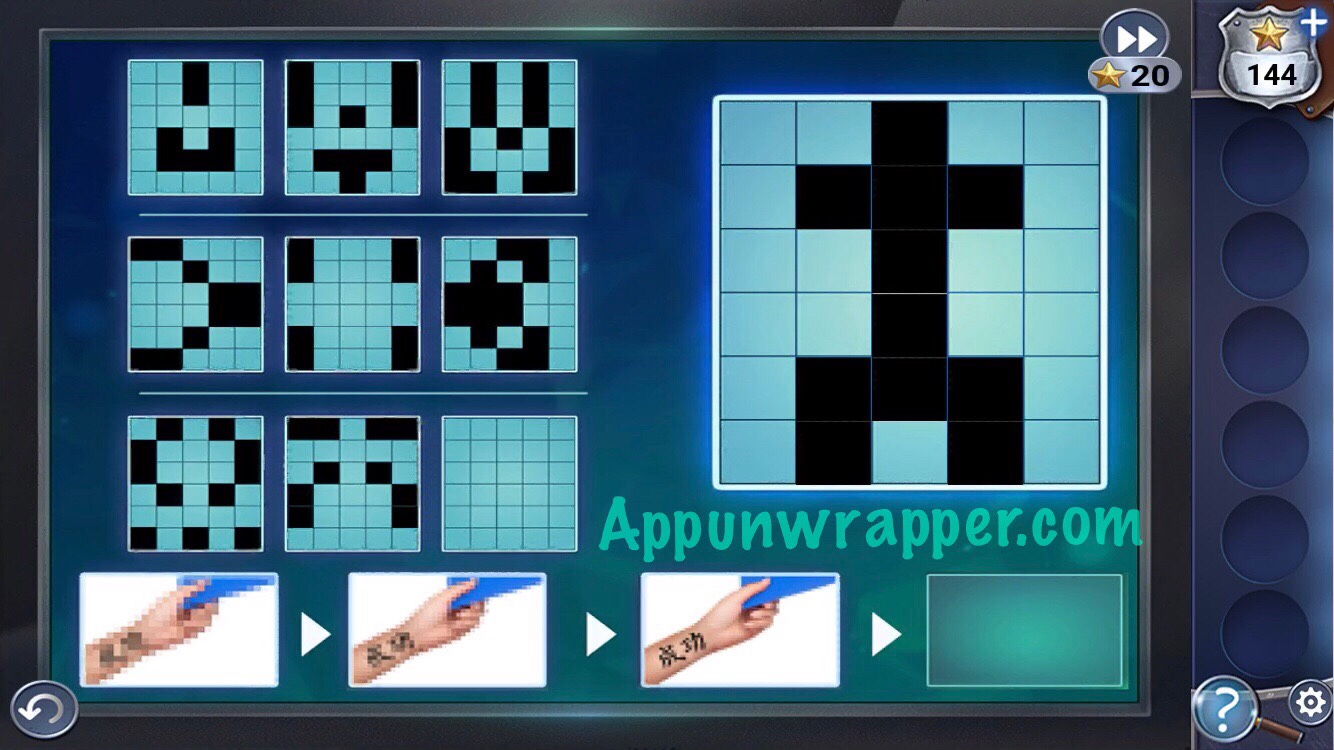 And for the last, just overlap the two so that any squares that are in both patterns will end up blank on the final image. 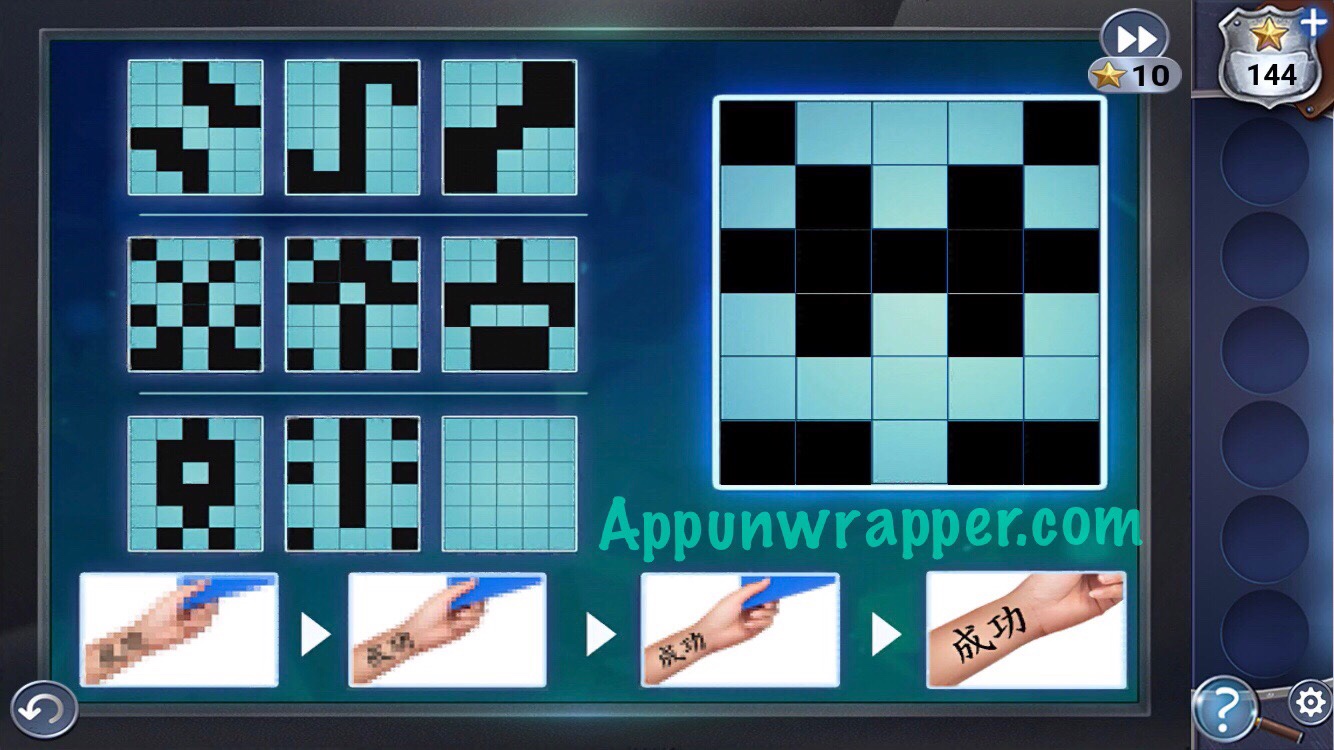 Now you have the tattoo! And Nanci didn’t have any tattoos so it’s not her arm. Let’s investigate! That’s the end of Chapter 7.

That’s all for Chapter 7! Click here to continue to Chapter 8 or choose a chapter below.