Haiku Games is back with another Adventure Escape game! This features notorious pirate Captain Conroy as he visits Pirate Cove. This walkthrough guide will help you with hints, tips, tricks, answers and solutions for any puzzles you get stuck on in Pirate’s Treasure. Feel free to ask for extra help in the comments section.

You can watch my video for Chapter 1 here or continue below for my step-by-step guide:

1. You need to load the five cargo crates onto the ship at the dock. First, pick up the knife and the pan and notice the WANTED posters on the wall. The coin with the star on it is what you need to put attention to. 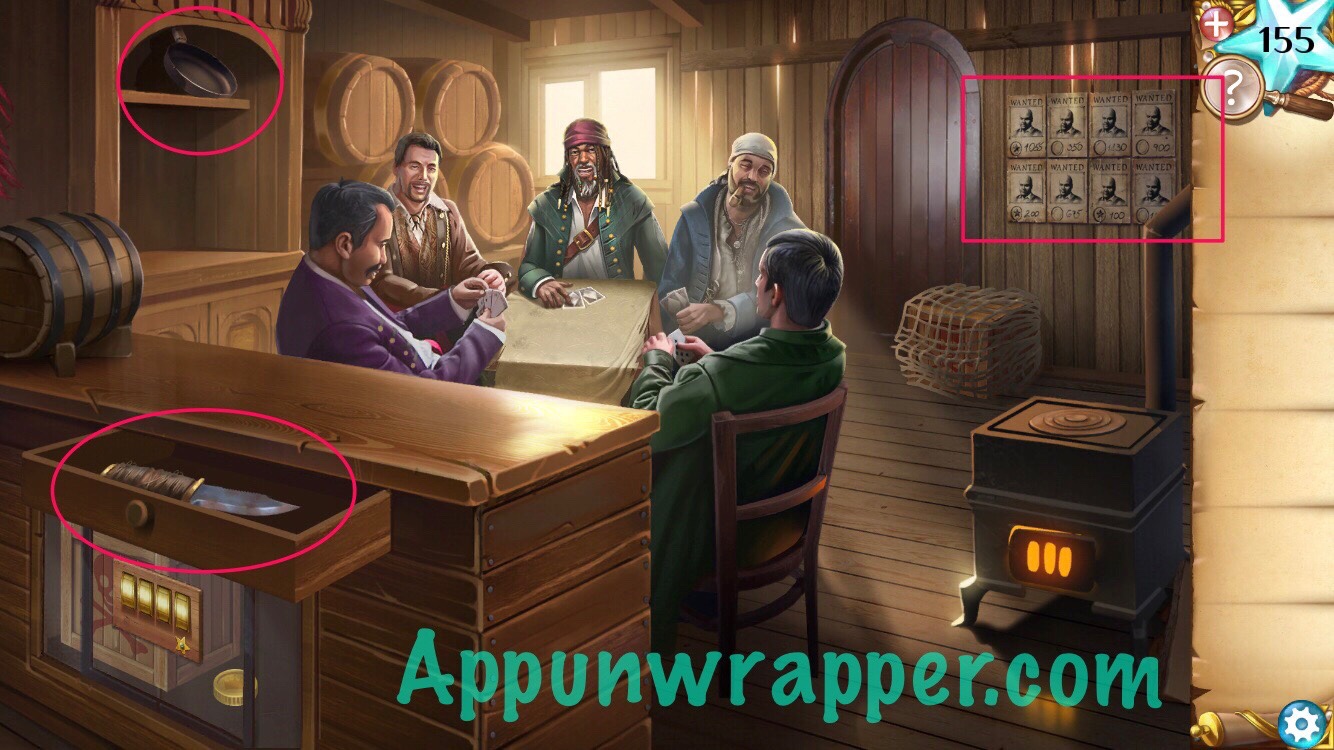 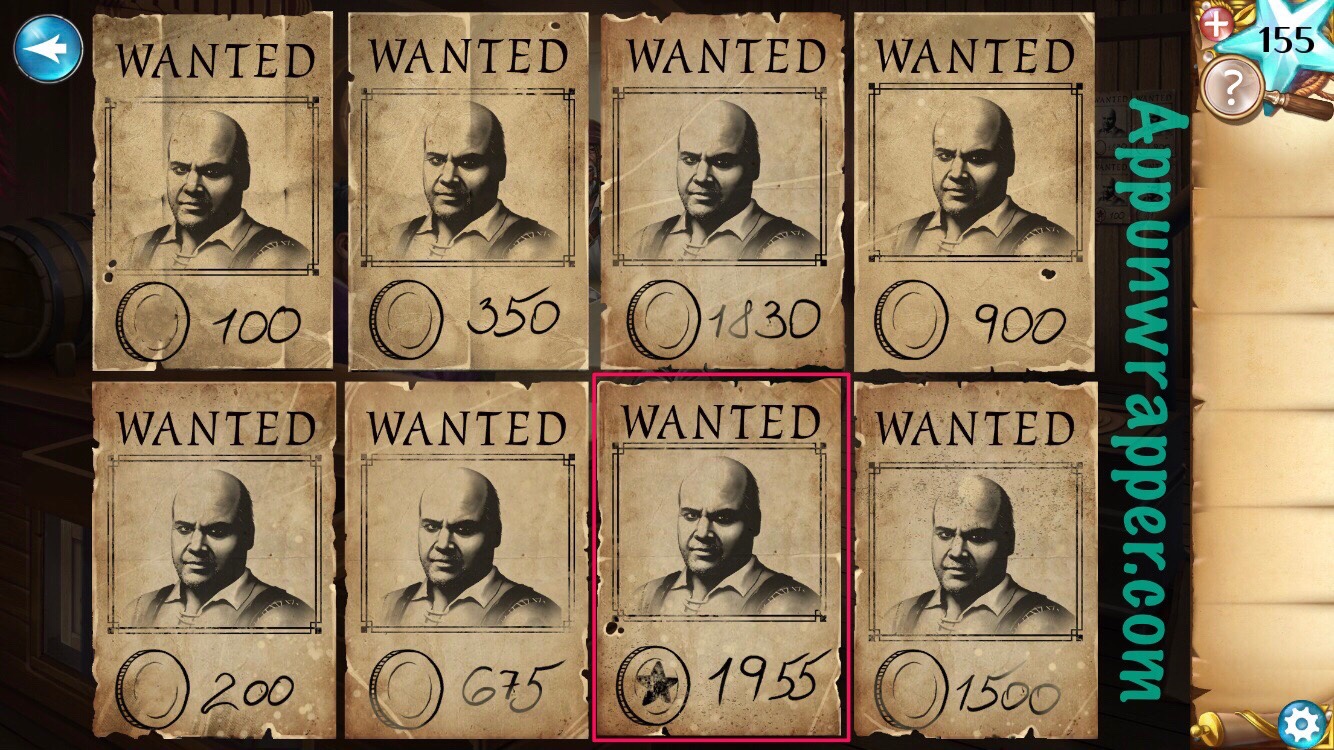 2. Use the numbers from the poster to unlock the glass cabinet — 1955. Take the coin and the crate from inside. Place the pan on the stove. Use the knife to cut the ropes and then pick up the crate. While you’re at it, open the door. 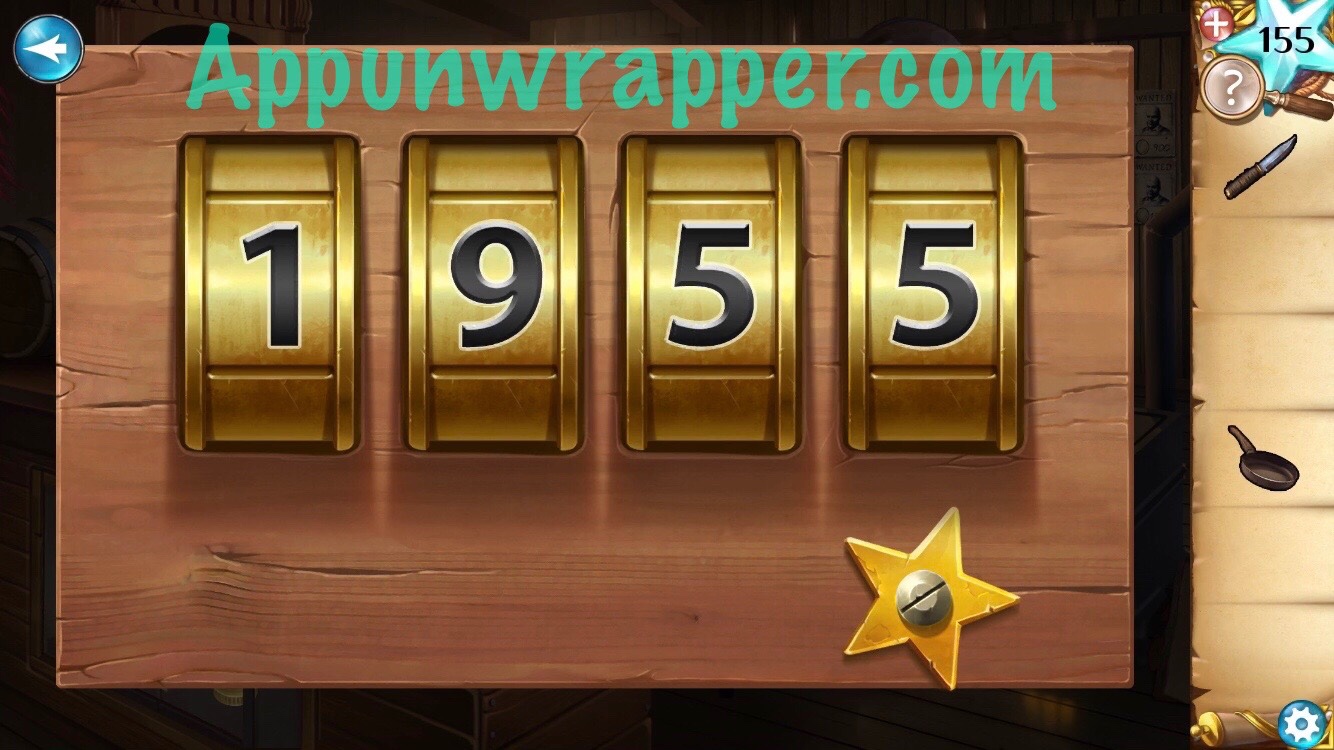 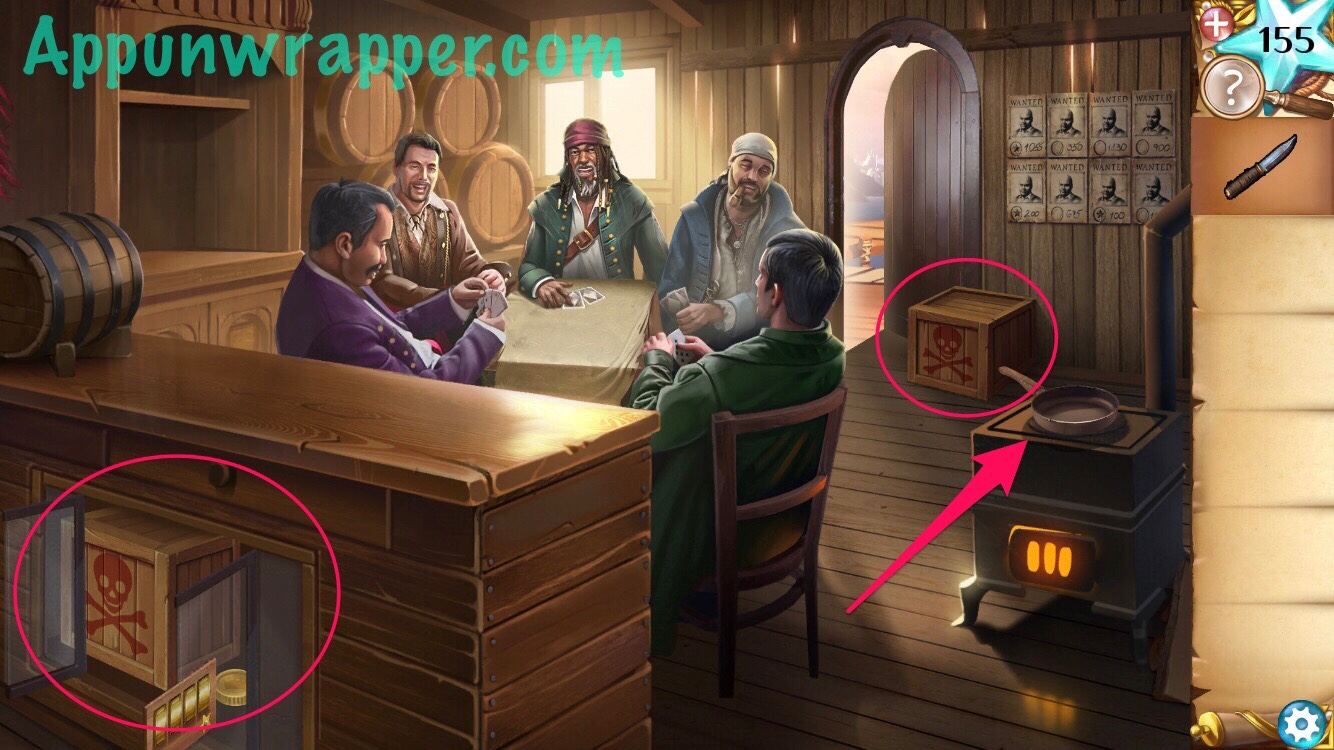 3. Talk to the card players. Give them your coin as a bet and they’ll let you play. You need to guess the number for each card. They’re each different. There are clues for each one. The for the first, count how many times he taps the table. It’s 3, so the first card is 3. The second is 2 because there are 2 coins. The next number is 4 because he’s holding out 4 fingers. Apparently he also coughs 4 times, but I missed that. The next is 6 because of the die. And the last is 5 because he’s holding out all five fingers. So you get 32465. Take the shirts off their backs. 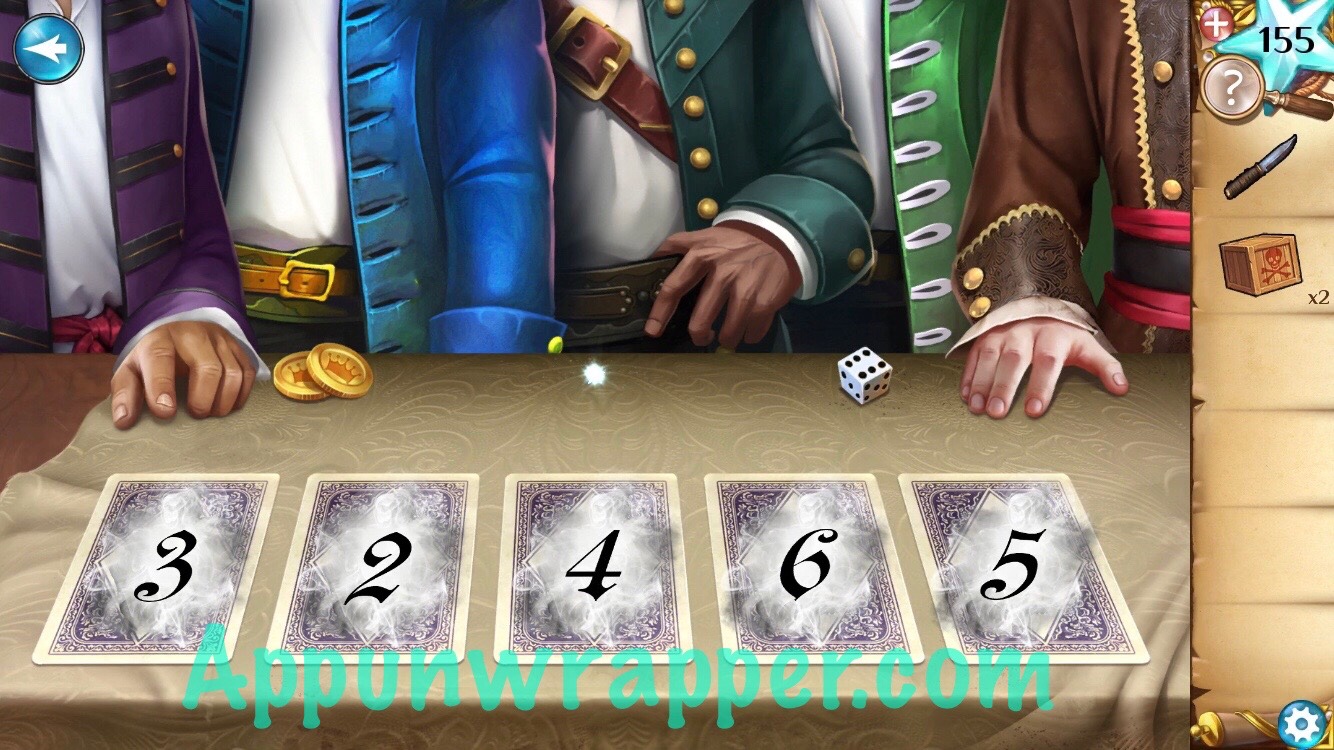 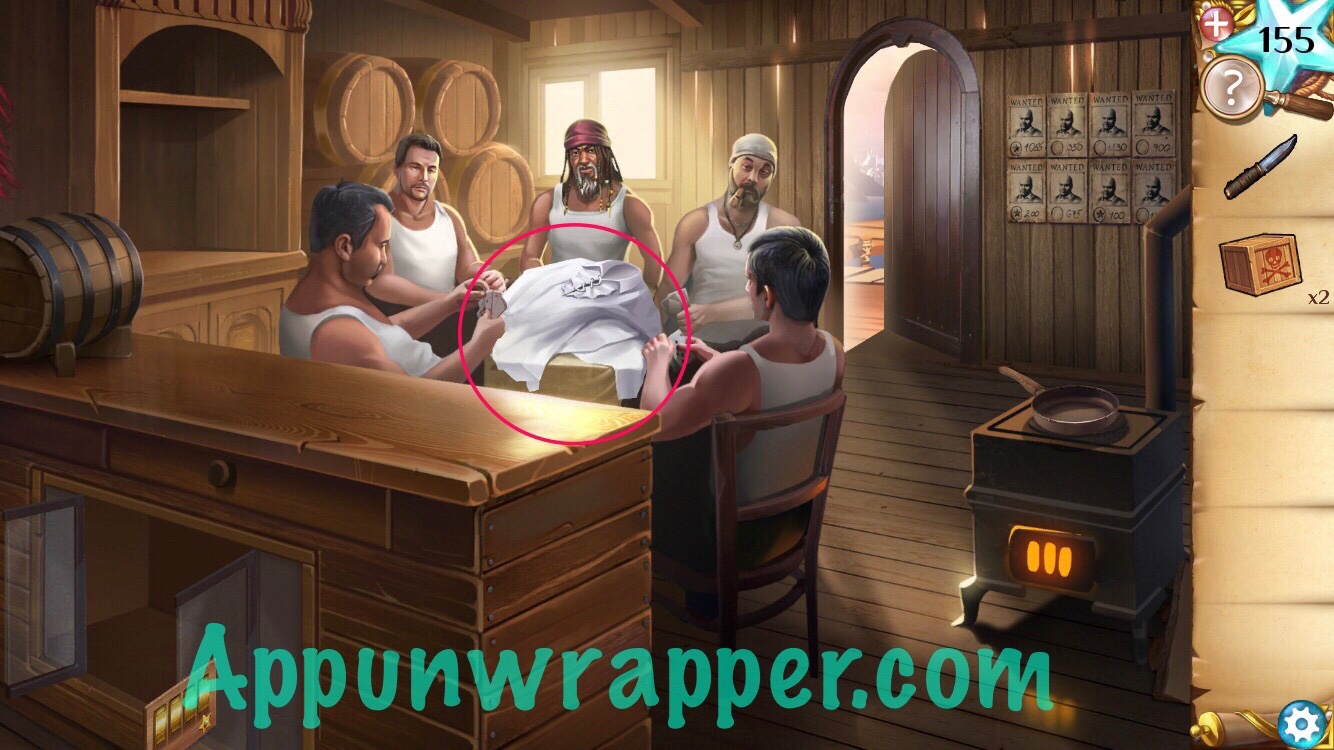 4. Head outside. Pick up the crate near the ship. You can’t get the other two yet. For one, you need to cook a fish, and for the other you need to paint a skull and crossbones on the ship’s flag. Head onto the ship. 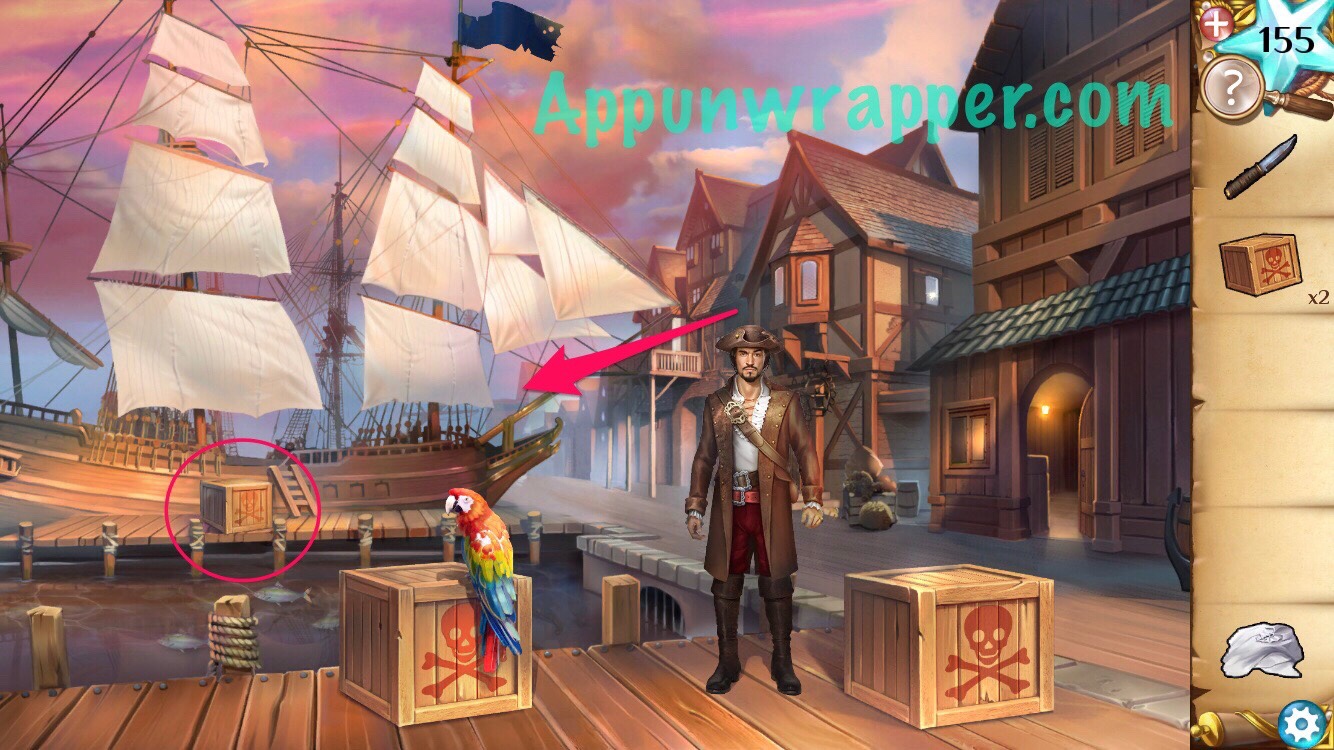 5. Grab the harpoon. Open the chest and take the needle and thread. Open the trap door. We need to to bring all the cargo boxes down there, but we don’t have them all yet. Pull down the black flag. 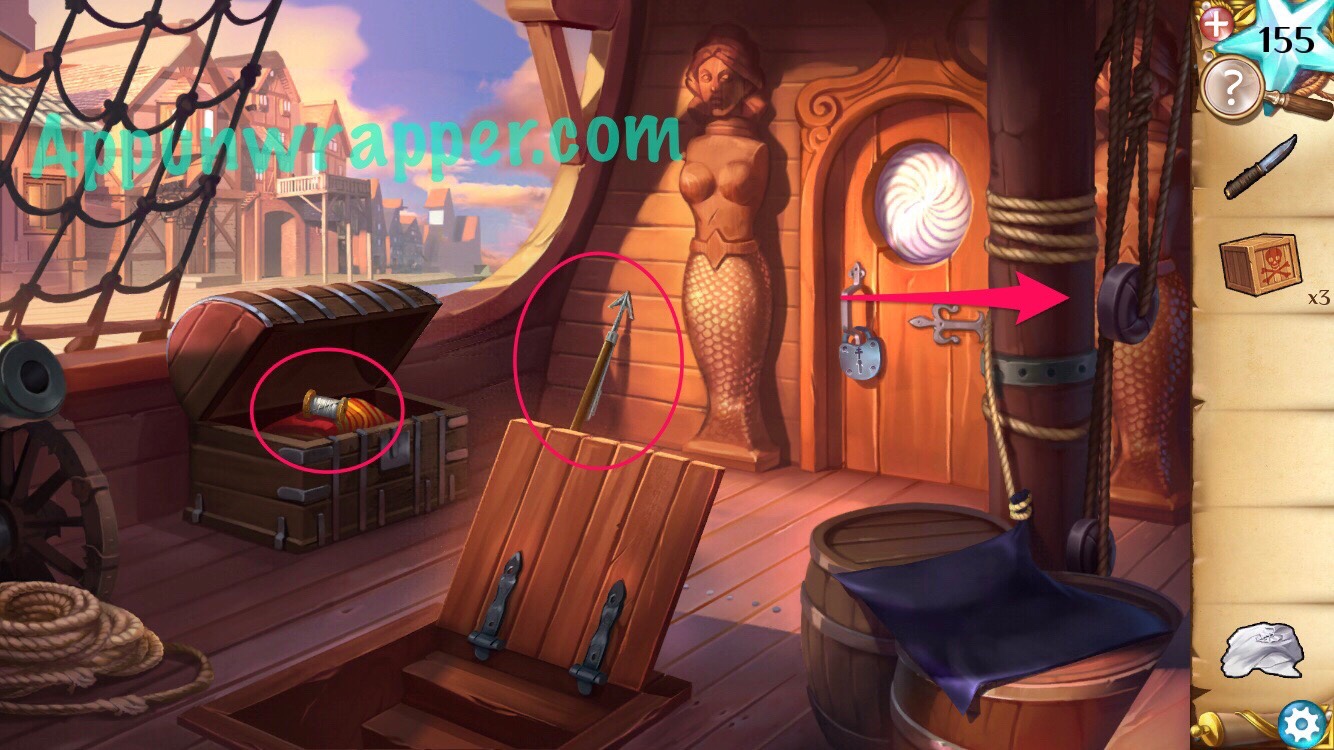 6. Tap on the black flag. Place the white shirts, knife and needle and thread down. You’ll automatically cut them is to pieces. Now just color the jigsaw puzzle to make the skull and crossbones. Then hoist it back up to the top of the ship. 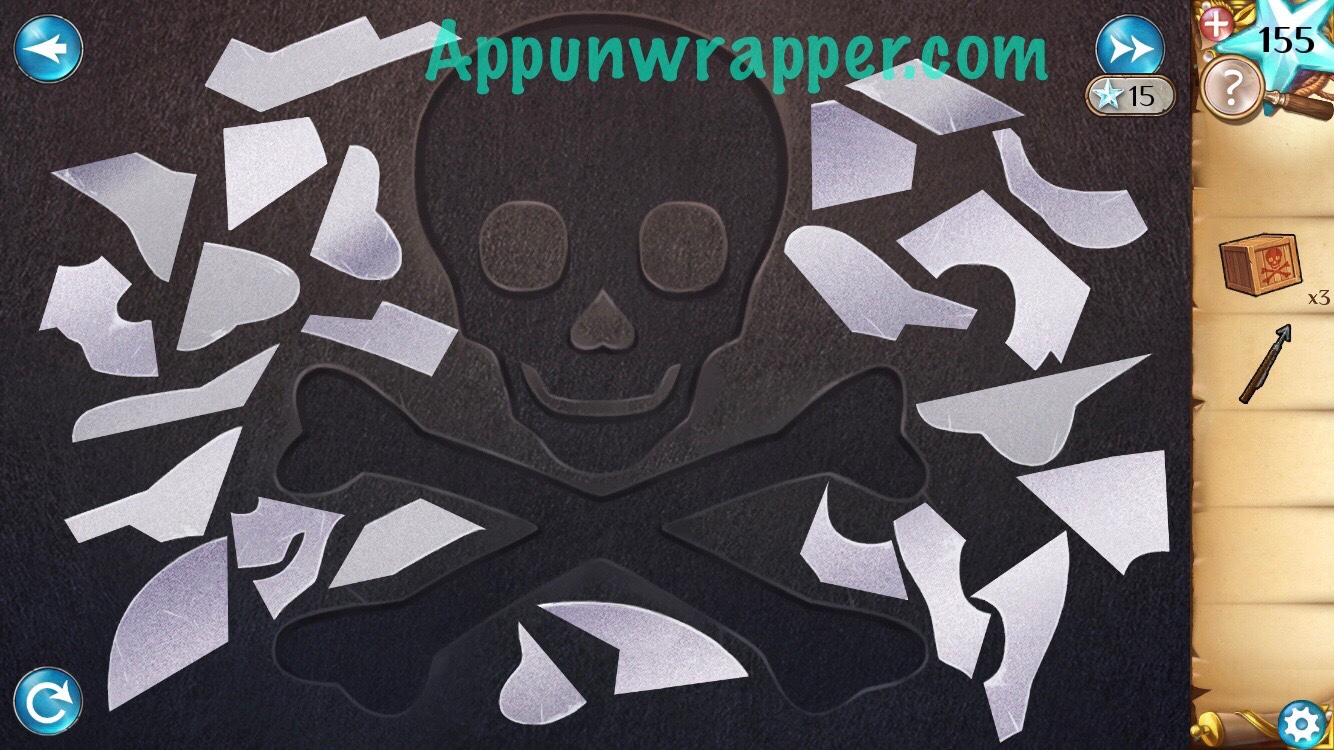 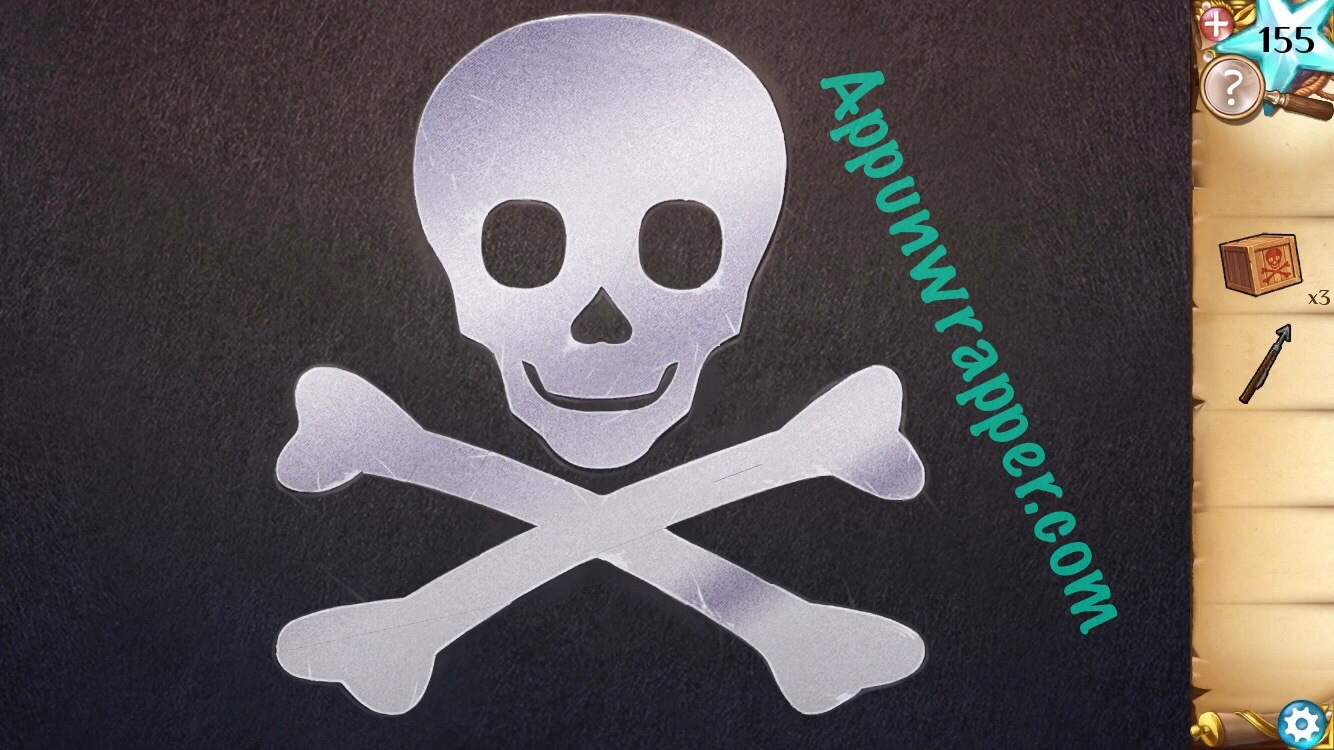 7. Leave the ship. Use the harpoon to catch a fish. Also, talk to the pirate and he’ll let you take the crate. Also, notice he tells you a clue, BARNACLE. 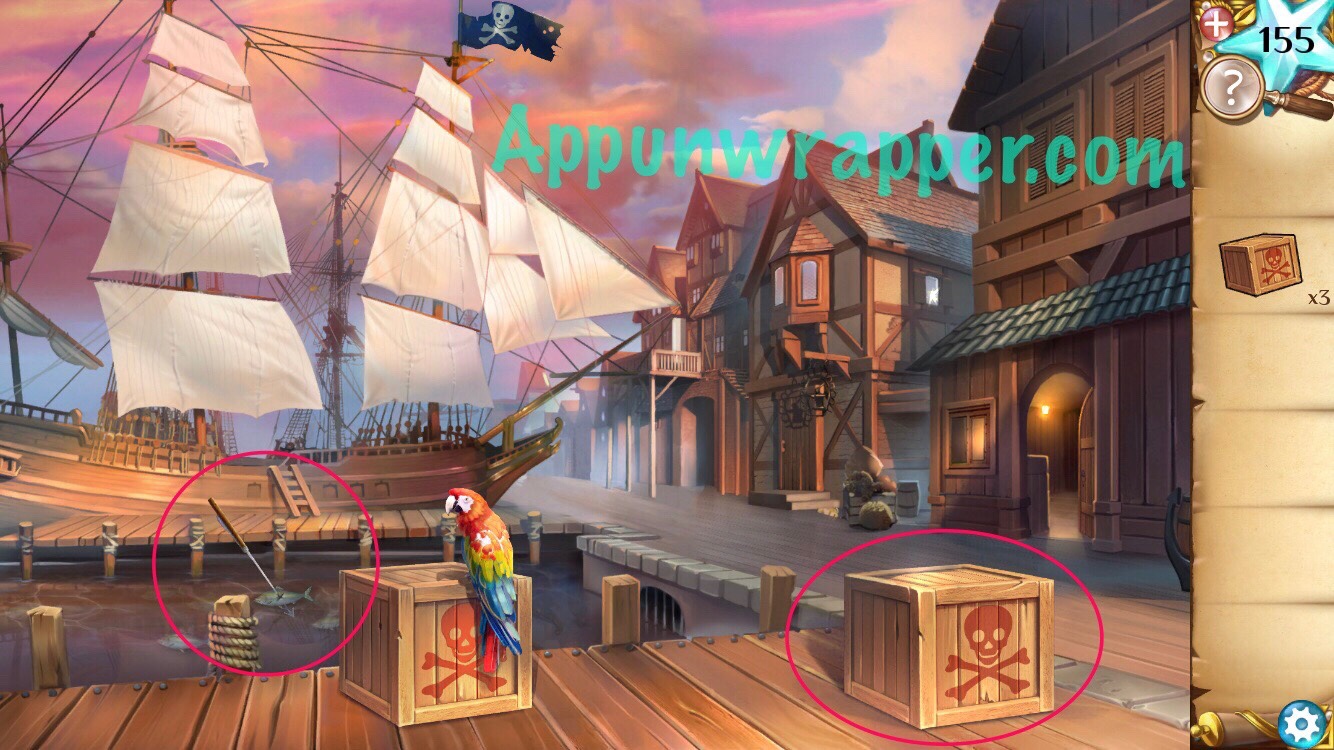 8. Go back inside and roast the fish in the pan, then pick it up again. 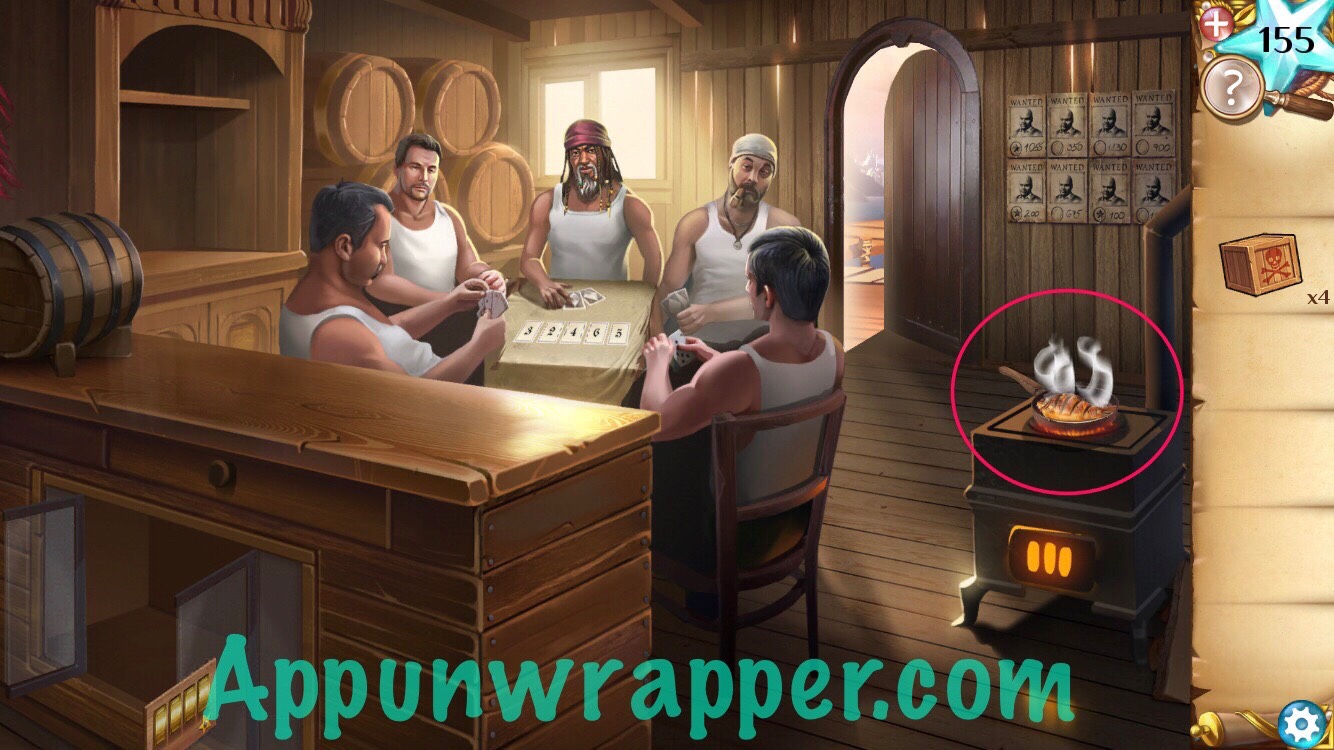 9. Go back outside and give the fish to the parrot to get the fifth and final crate. Then head back onto the ship and below the deck to load the crates. 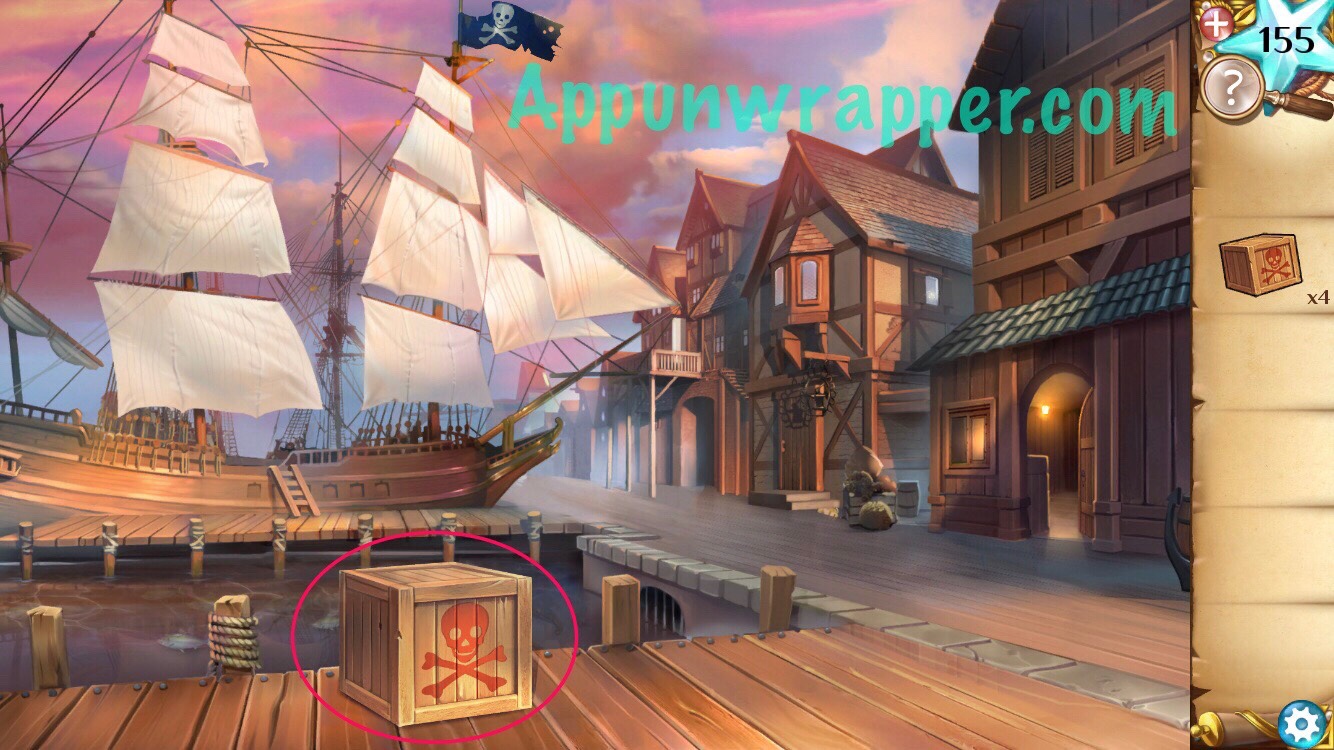 10. Time for a puzzle! Place the crates down. You need to move the crates to the yellow squares and the cannons to the red squares. You can use my video for it if you need help.

11. Take the key and the cargo box. Then use the key to unlock the door and head into the captain’s quarters. 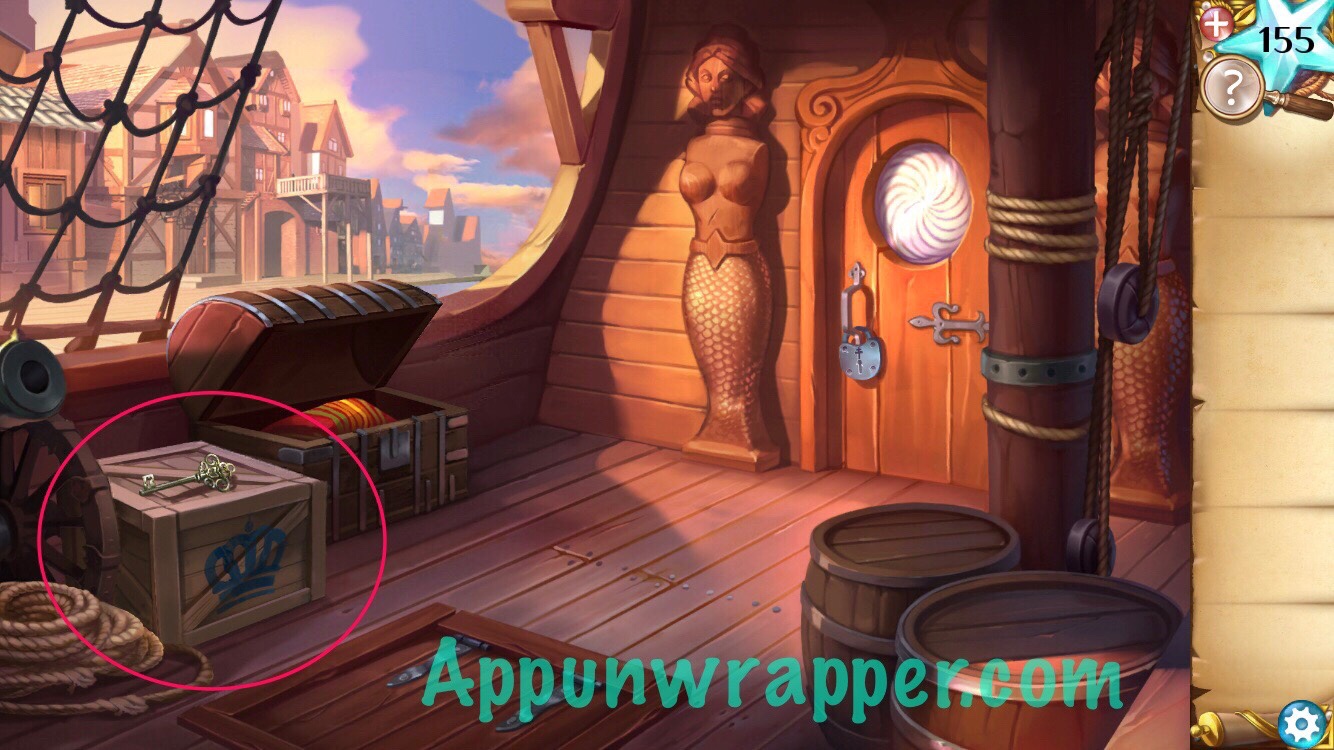 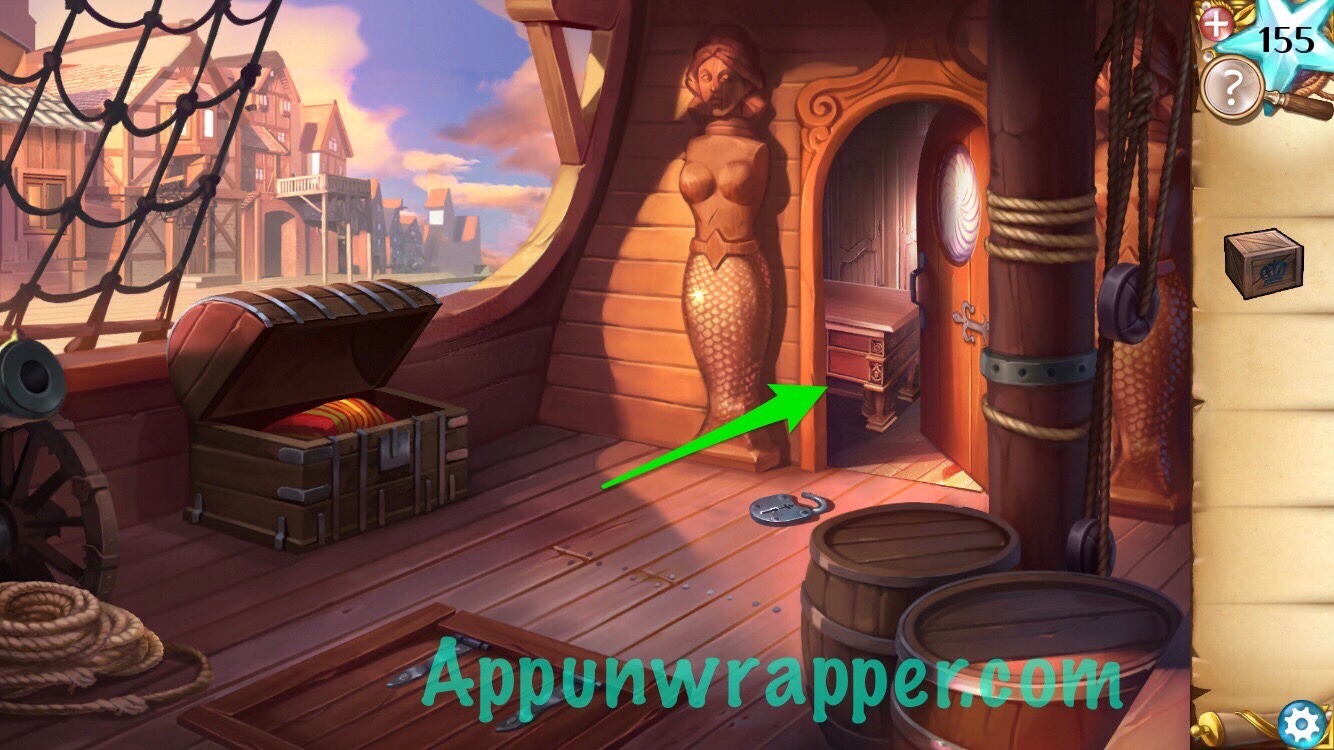 12. Place the crate down on the table. Also, open the closet and take the fencing sabre. 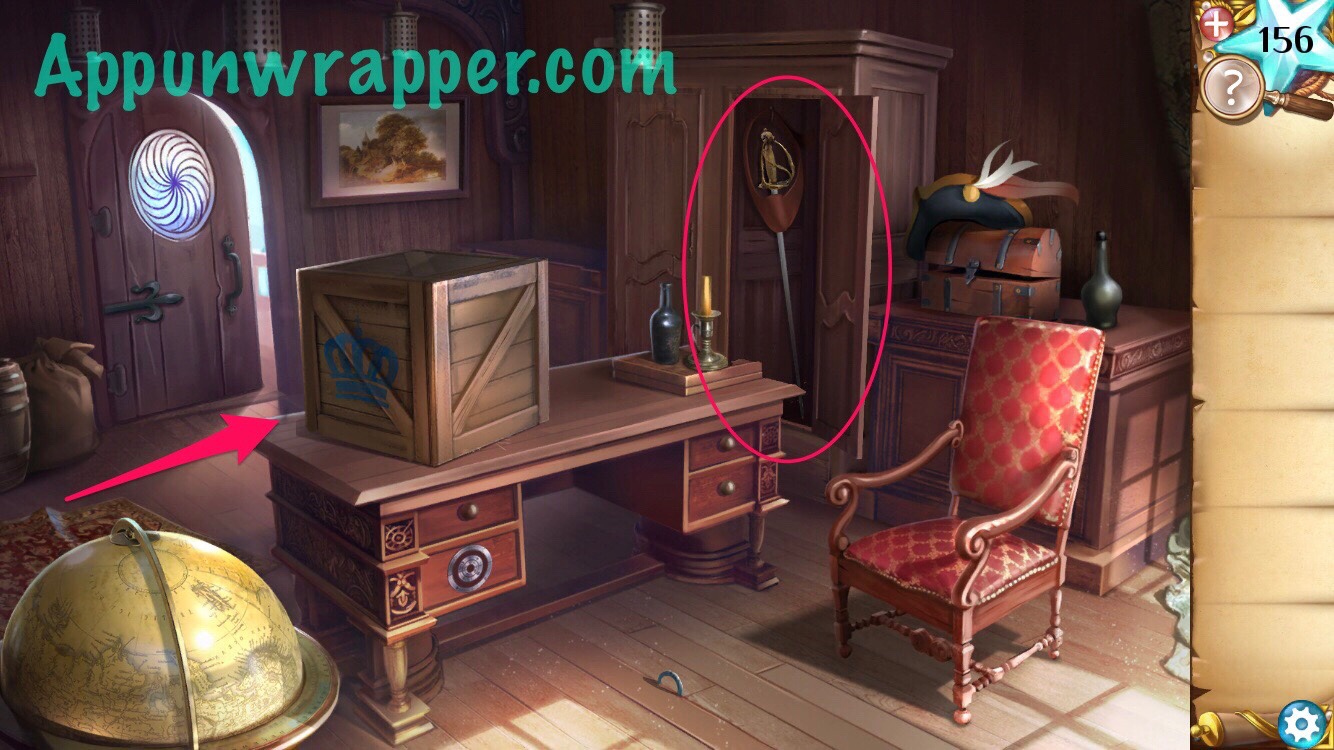 13. Use the Sabre to remove the lock ring from the floor boards. 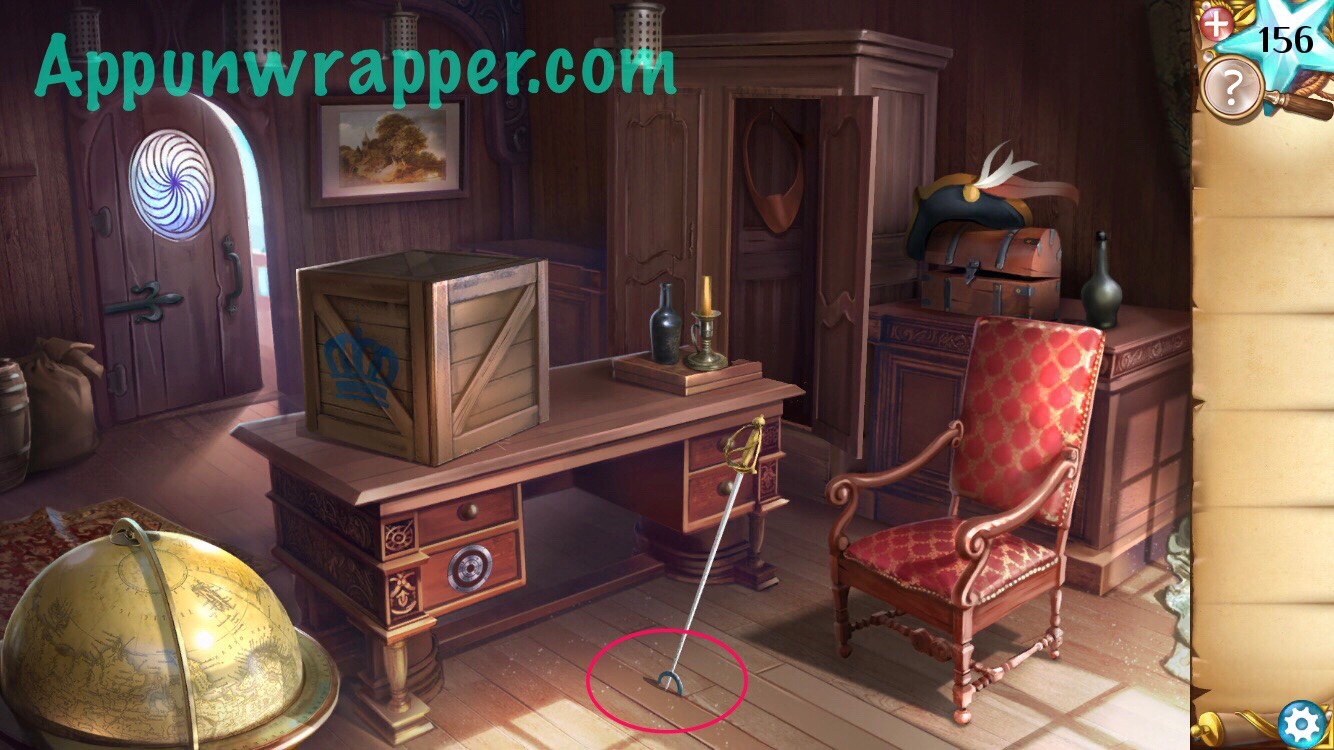 14. Tap on the locked drawer and place the lock ring with the rest of them. Solve the puzzle by lining up the symbols on the rings as shown below. One line is a plant growing from a seed, another is the moon phases, another is the change from night to day, and the last is the four seasons. Take the letter opener from the drawer. 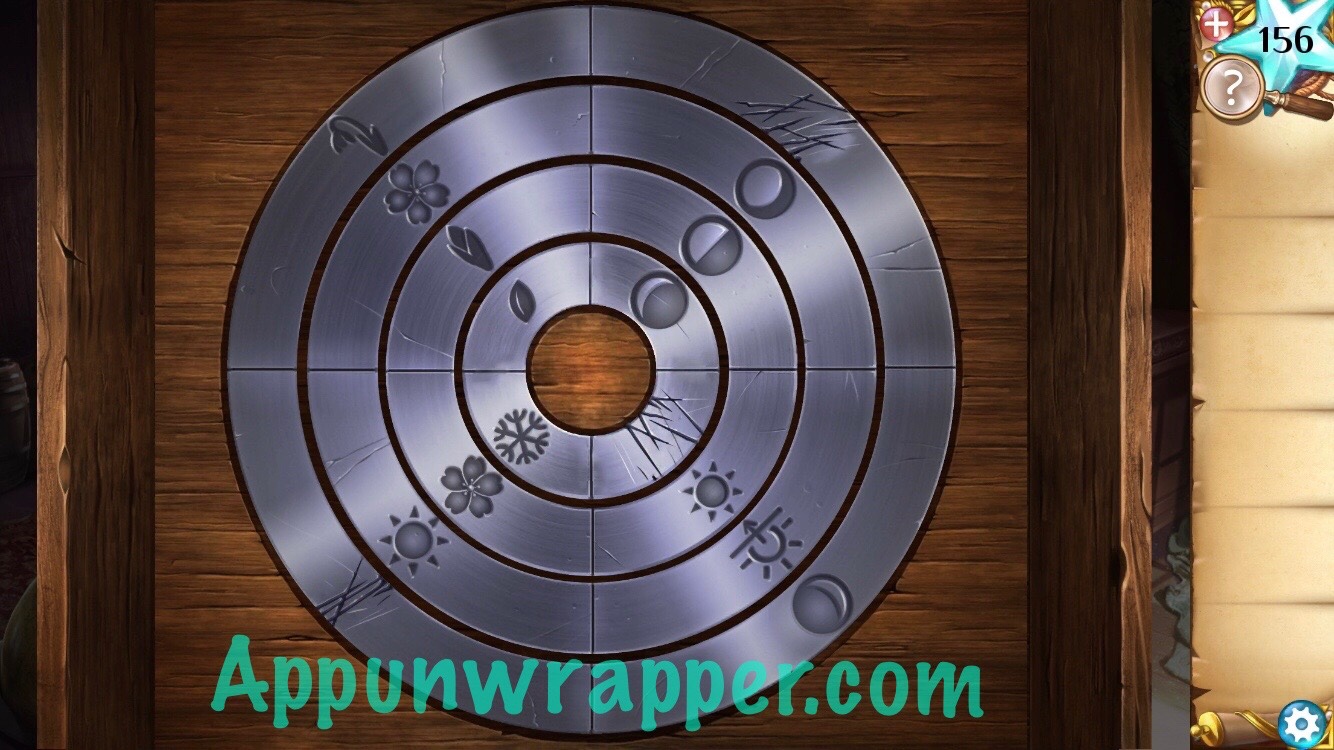 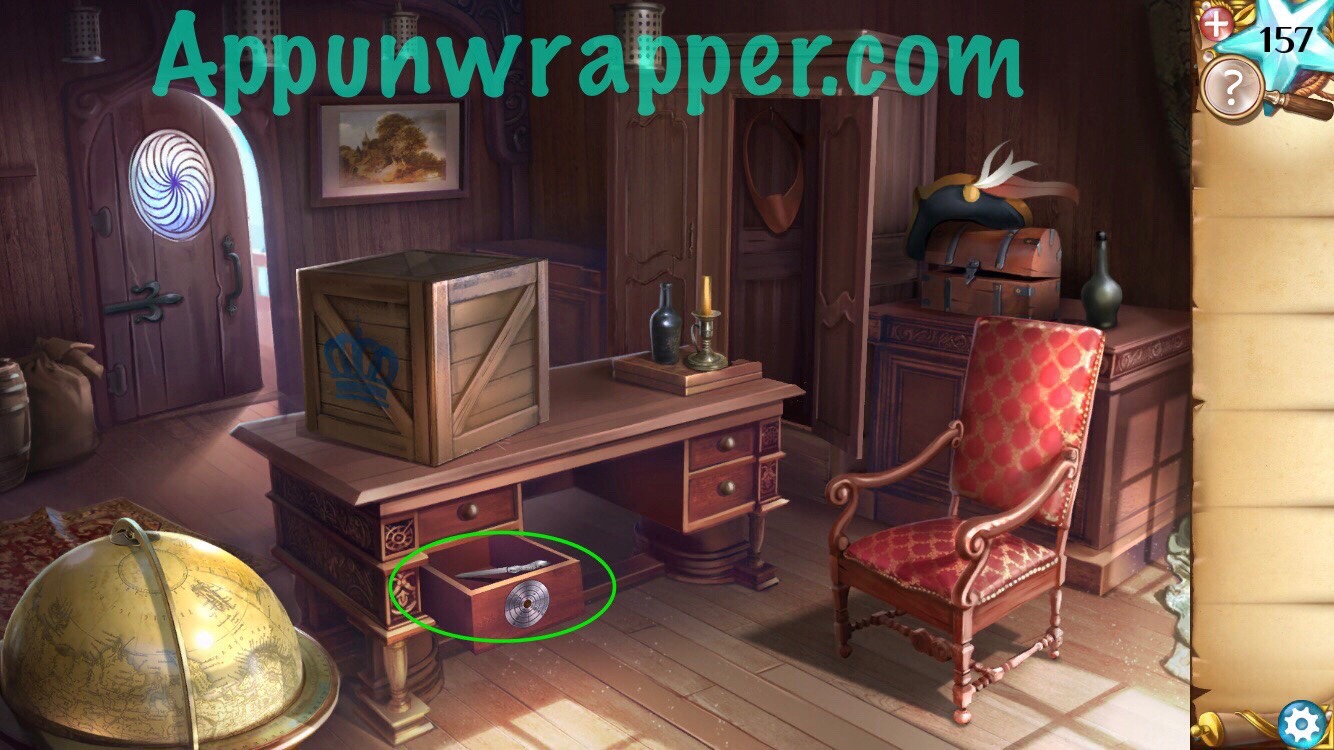 15. Use the letter opener to open the crate and take the treasure map from inside. Also look at the painting. You’ll be interrupted and have to make a run for it. 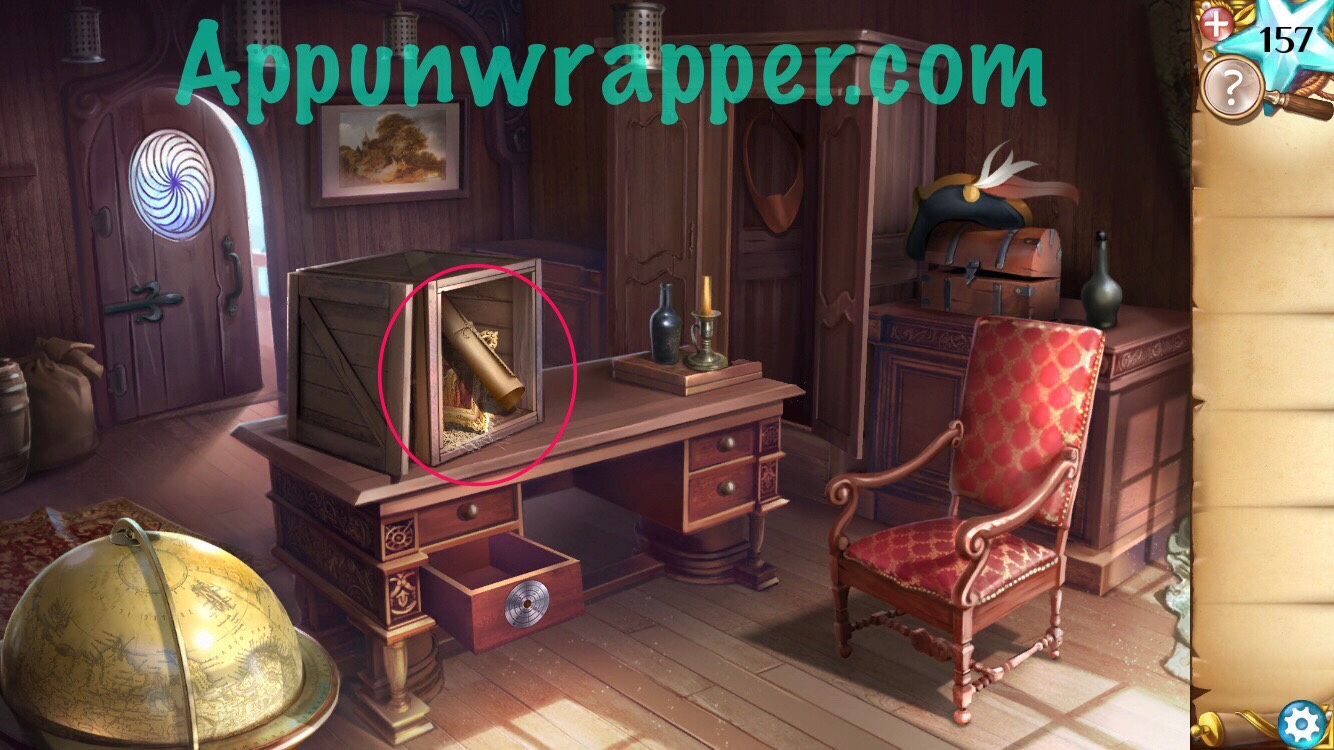 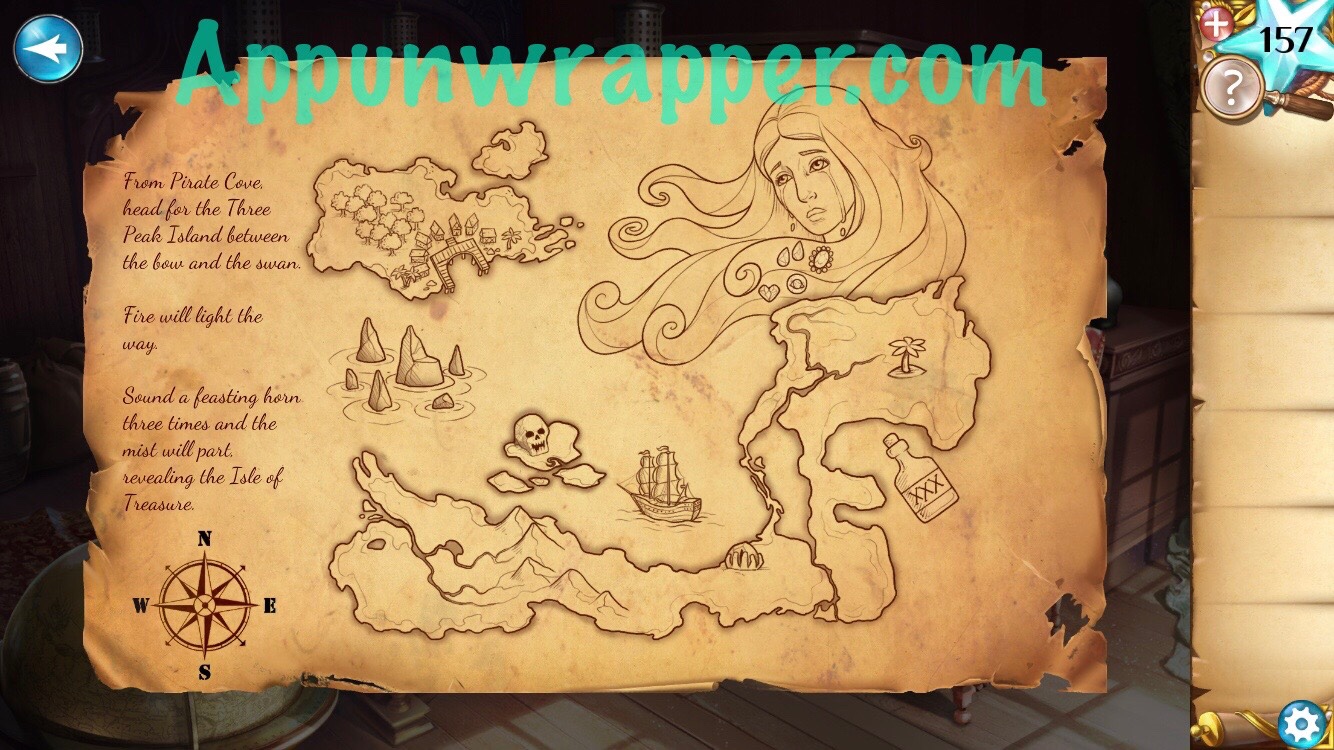 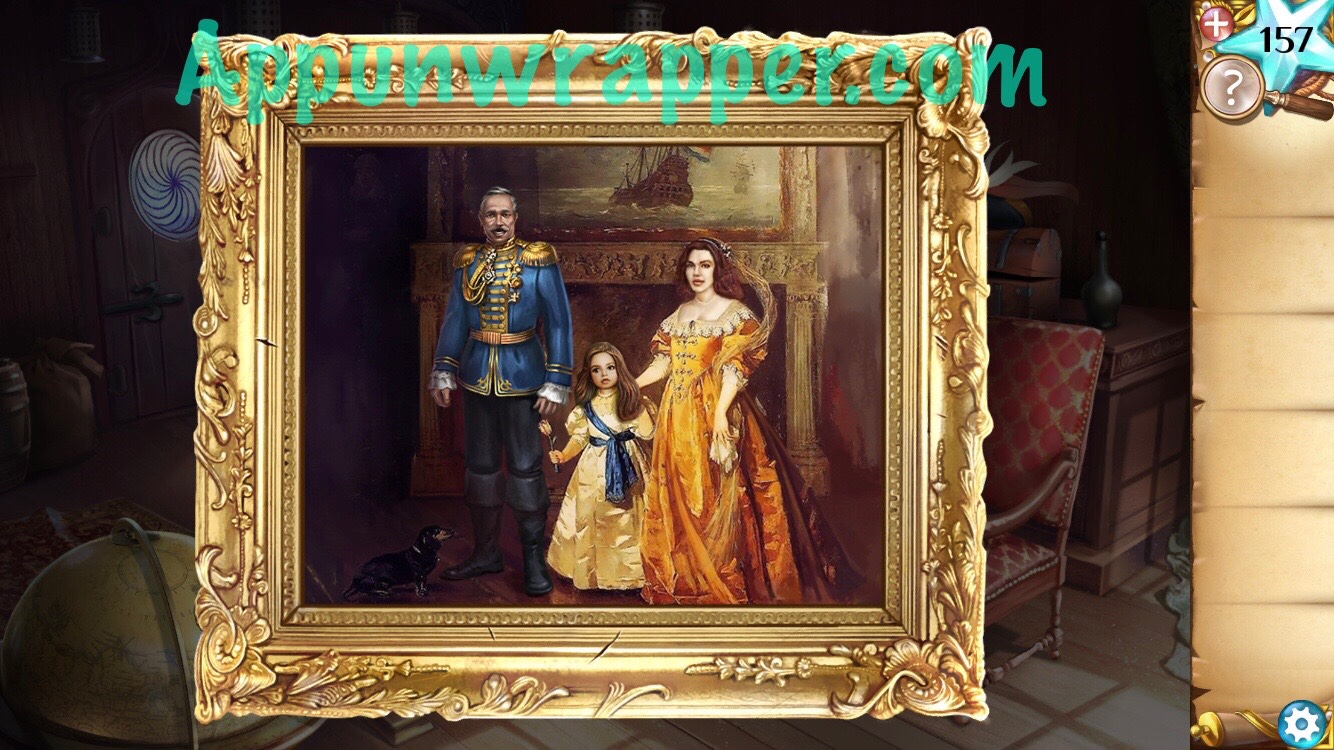 And that’s the end of Chapter 1! Click here to continue to Chapter 2 or choose a chapter below.

Hidden my game by mom 2: Walkthrough Guide and Solutions