I, shamefully, have never read Mary Shelley’s classic novel, Frankenstein. Sure, I’ve picked up enough about it from movies and other pop culture references throughout my life to know the gist of it — Victor Frankenstein plays God by robbing graves and then stitching body parts together to create life — but I never read the original text itself. That didn’t stop me from being intrigued by the idea of an adventure game in which you play from the monster’s perspective. La Belle Games’ The Wanderer: Frankenstein’s Creature has you playing as that confused creation searching for purpose and companionship. It’s not a challenging game, but I was moved by its writing, artwork and stunning soundtrack. For those who like their games as experiences, this is one that shouldn’t be missed.

The Wanderer starts off with the creature opening his eyes for the first time, unused to the light. Everything is white until you tap the screen to move him around, adding some blurry detail, all gray and monochrome. Alone and confused, not understanding what’s happening to him, he runs from the place where he was created and discovers the wondrous world beyond his doorstep. He slowly starts to see color as he encounters flowers and animals and nature in all its beauty. He’s excited to be alive and wants to explore, even as he starts to realize that some things in this world can be cruel. 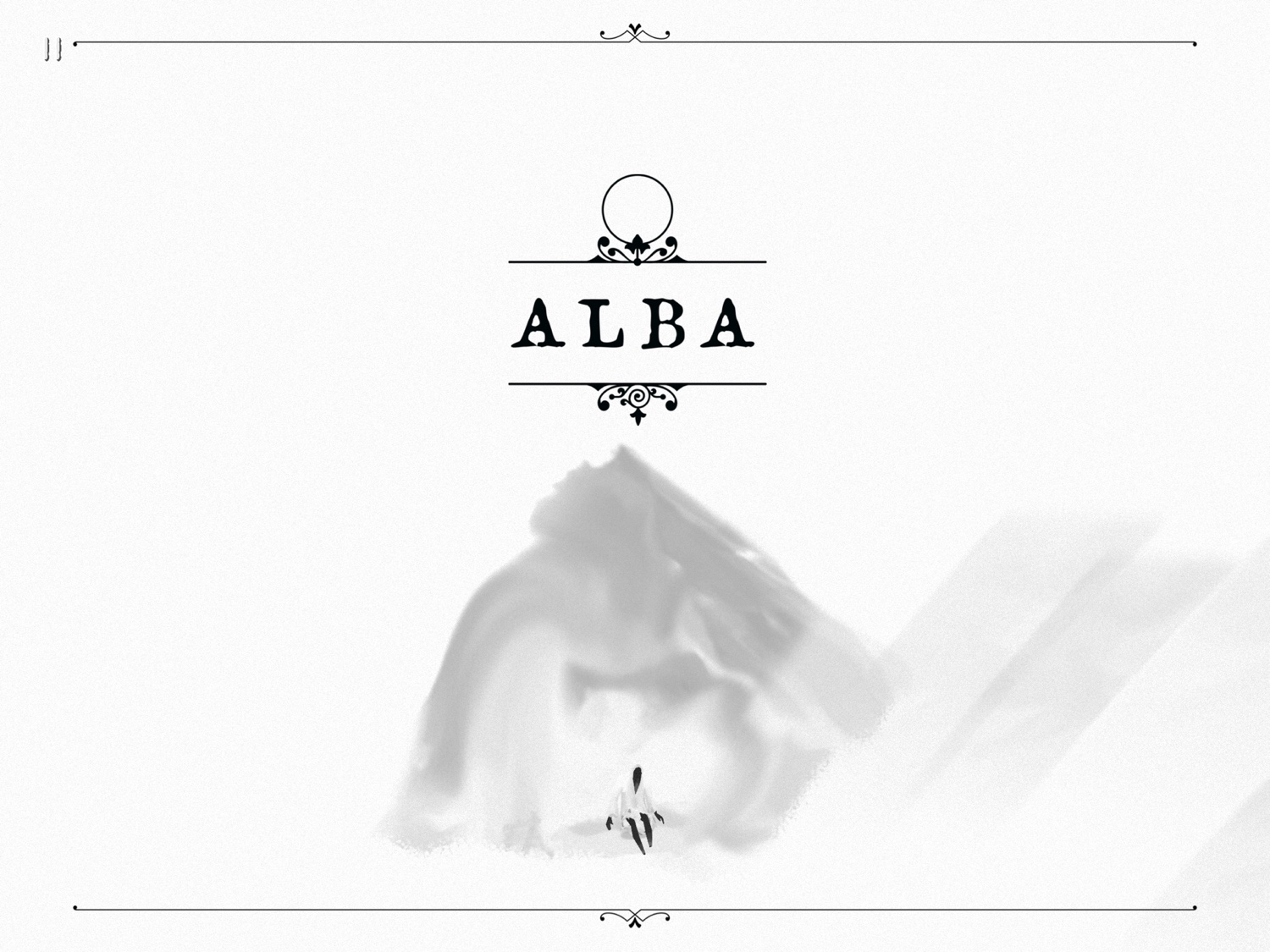 The creature’s face is never shown. He’s depicted simply as a tall, hunchbacked figure in a ragged coat. Neither he or the player have any hint that he’s grotesque until he meets humans who are scared of him. He yearns for companionship, but no matter how kind he is to others, everyone sees him as a monster. Still, he keeps trying, and takes every opportunity to learn what he can from other people in his quest to find meaning and purpose. While I don’t think it’s possible to get a happy ending, the choices you make throughout the game do affect the outcome. To some degree, you’re writing the creature’s story and deciding what kind of person he should be — forgiving or vengeful, selfish or selfless. I’ve only played through it once, so I can’t say exactly how the other choices affect the story, but some of them ask big moral questions. There are no easy answers here, and that’s refreshing. The writing is smart and respectful of its inspiration, never coming off as cheesy or cloying. 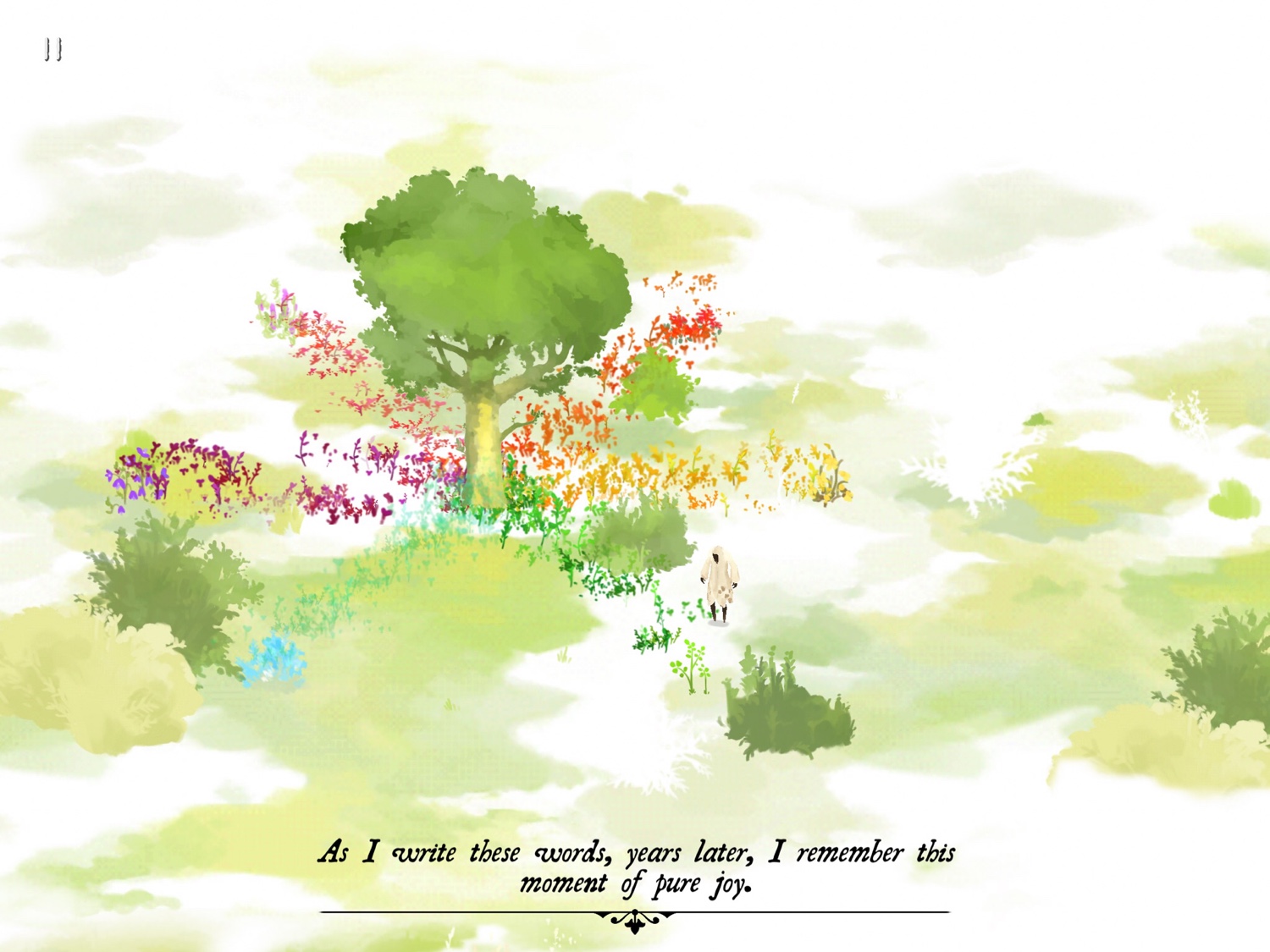 What make this game so easy to recommend, aside from its story, are the art style and soundtrack. The backgrounds are all done in watercolor, so they’re not very detailed, but it’s like playing inside a colorful painting. The cheerful moments in the creature’s life are are more detailed and vibrant, while scary or depressing events are dark and dreary. The backgrounds help tell the story, along with the puzzles that are never that challenging, but add some interactivity to the game. But the absolute highlight for me was Alex Burnett’s music. I simply didn’t expect such a moving and haunting soundtrack, and it gave me pause many times. I would absolutely listen to it on its own (and you can here), but together with the artwork and storytelling, you get a fully realized experience that’s the full package. Just listen to the short clip in my tweet below to see what I mean.

I don’t want to say too much more, as the game is a lot more effective if you experience all its ups and downs for yourself. I also have very few complaints. There was the small issue of text sometimes getting cut off on my iPad because it wasn’t formatted correctly for the resolution. I was still able to make everything out, so it didn’t ruin the game for me. But it does break the immersion a bit, so hopefully that will get fixed. Besides that, I would like to see some quality of life changes. Right now, the only way to see other endings is to replay the entire game. And as much as I enjoyed it, I simply don’t have that kind of time. I would much rather be able to select a chapter and play through it again to see how I can change things. I’d even like that option just to revisit my favorite parts of the game for their art and music. And if that option were added, I’d also like iCloud sync so I could take the game everywhere with me and still play on my iPad at home. All of these things would just make the game even better and you shouldn’t let the lack of them prevent you from playing it now. 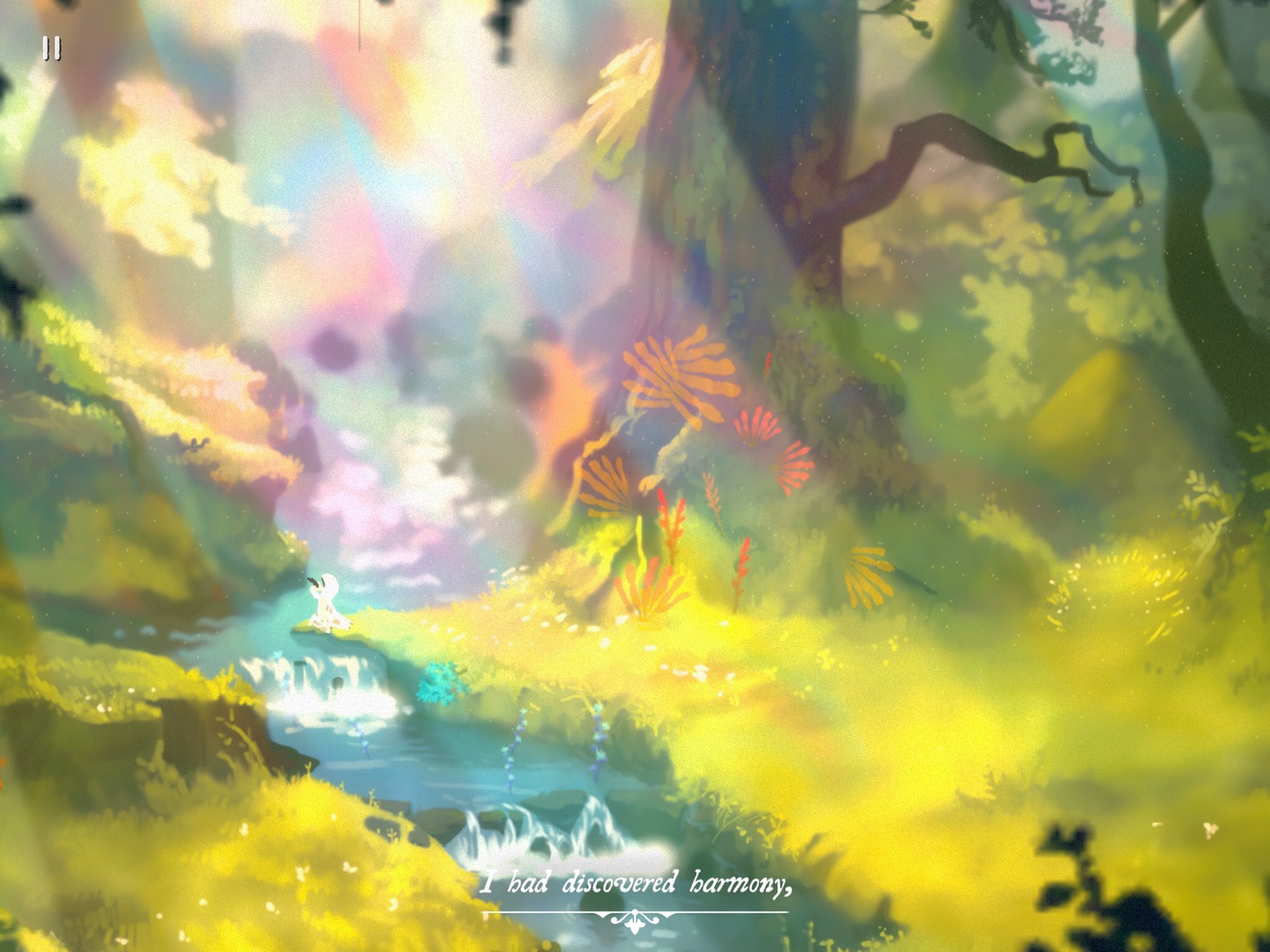 Retelling a classic tale from a different point of view — and using a game as the medium — is a tricky thing to pull off. As intrigued as I was by the idea of an adventure game told through the eyes of Frankenstein’s creature, part of me was worried it would come off silly or contrived. But the folks at LaBelle Games treated the content with respect and maturity and the result is a deeply moving experience that proves once again that games can be powerful storytelling devices. I’m so glad that The Wanderer made its way over to iOS, as an iPad is the perfect way to play it. It’s intimate and akin to holding a book in your lap. So don’t miss out on The Wanderer: Frankenstein’s Creature. Grab it here and experience a bold retelling of Mary Shelley’s classic tale.

And if you get stuck or want to see more gameplay videos, I have a complete walkthrough guide here.