You can watch my video for Chapter 2 here or continue below for my step-by-step guide.

1. Enter the Labyrinth to get an introduction from Leonardo Da Vinci. Once he stops talking, look through your journal a bit.

2. You’re in a gazebo now. Pick up the letter off the table and read it.

3. Move the throw pillow aside and pick up the prayer nut. 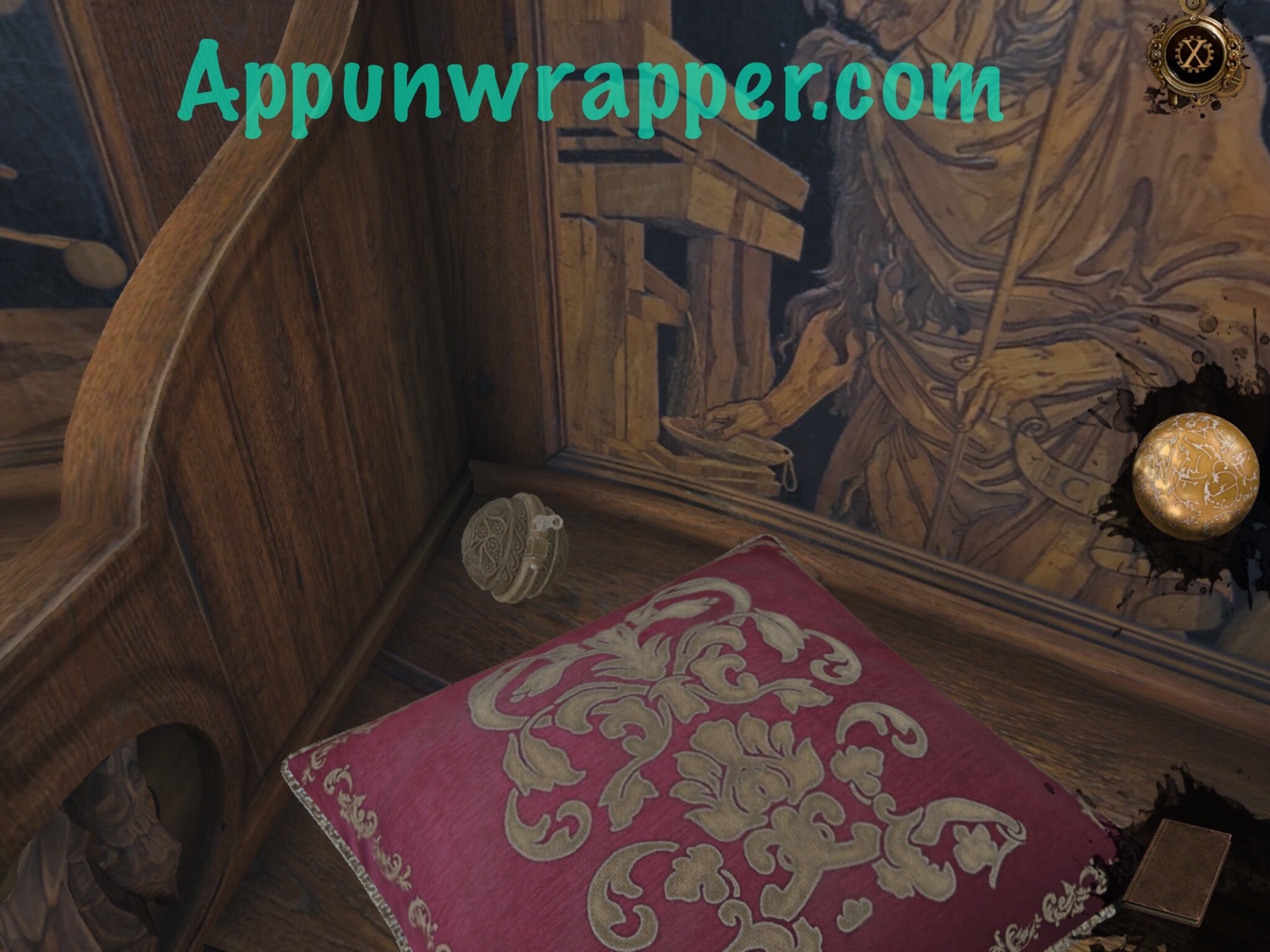 4. Examine the prayer nut in your bag and open it up to find a star-shaped crank. 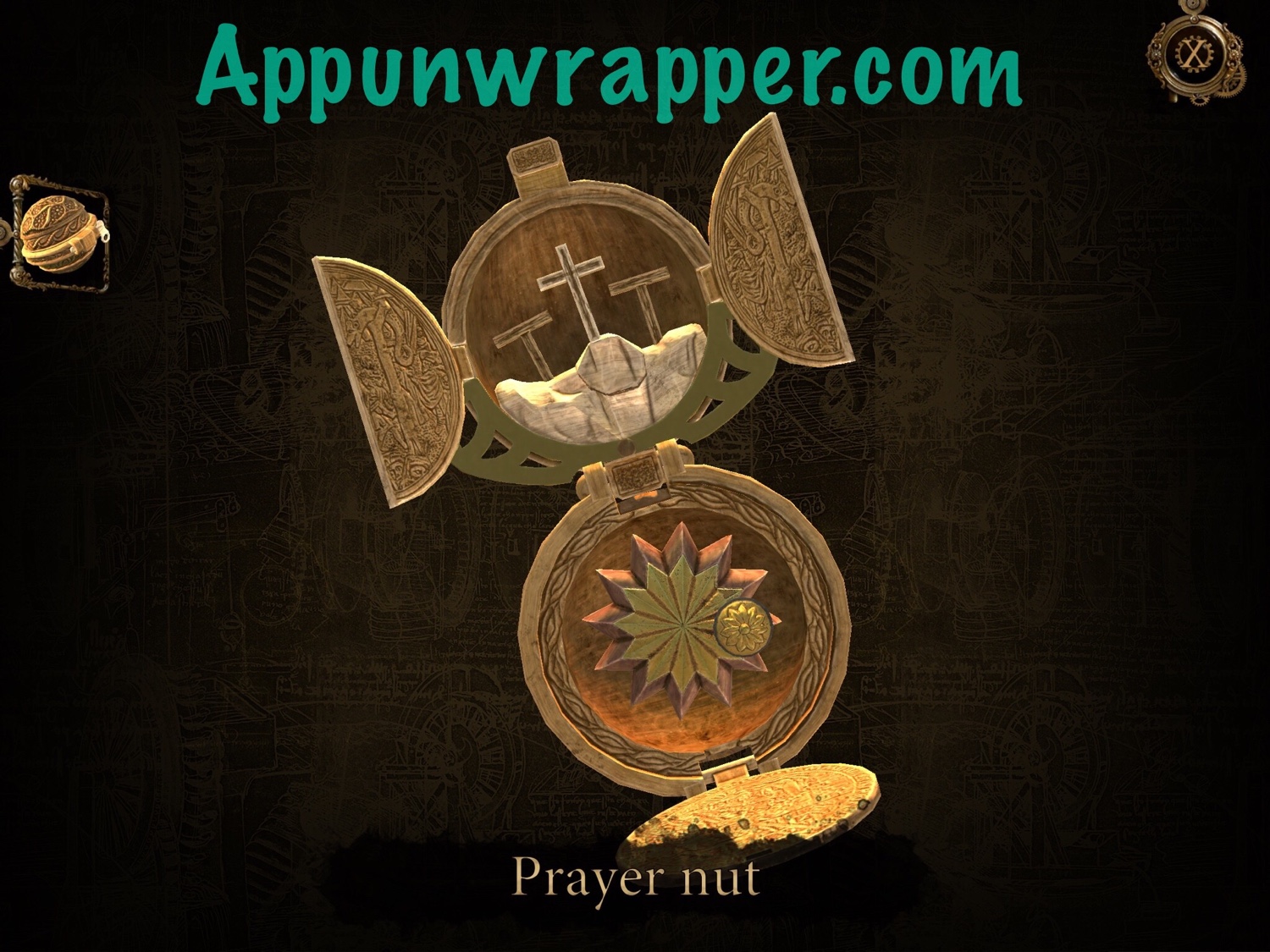 5. Place the crank in the hole on the table and then rotate it clockwise until a metal pinecone rises up. 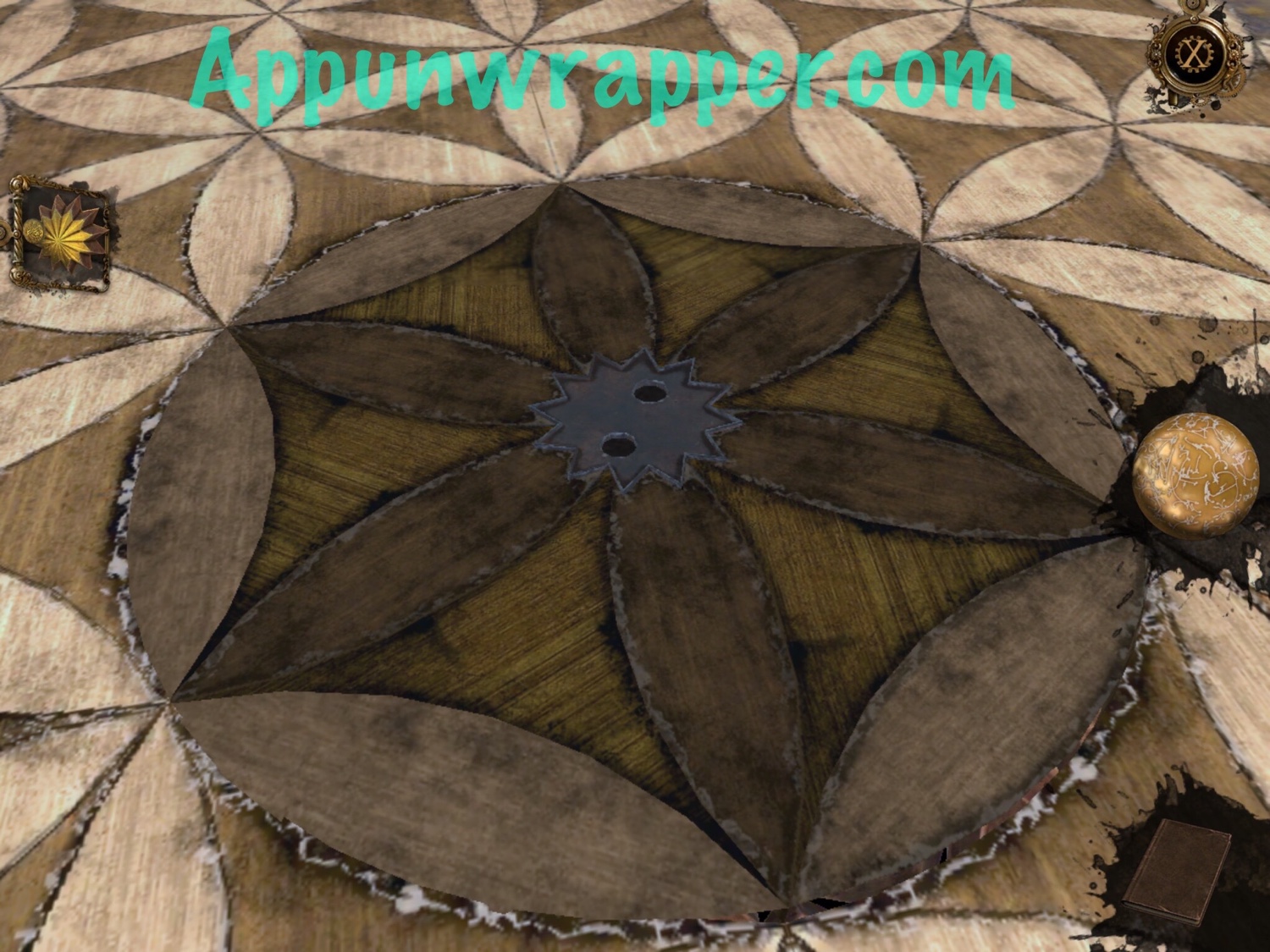 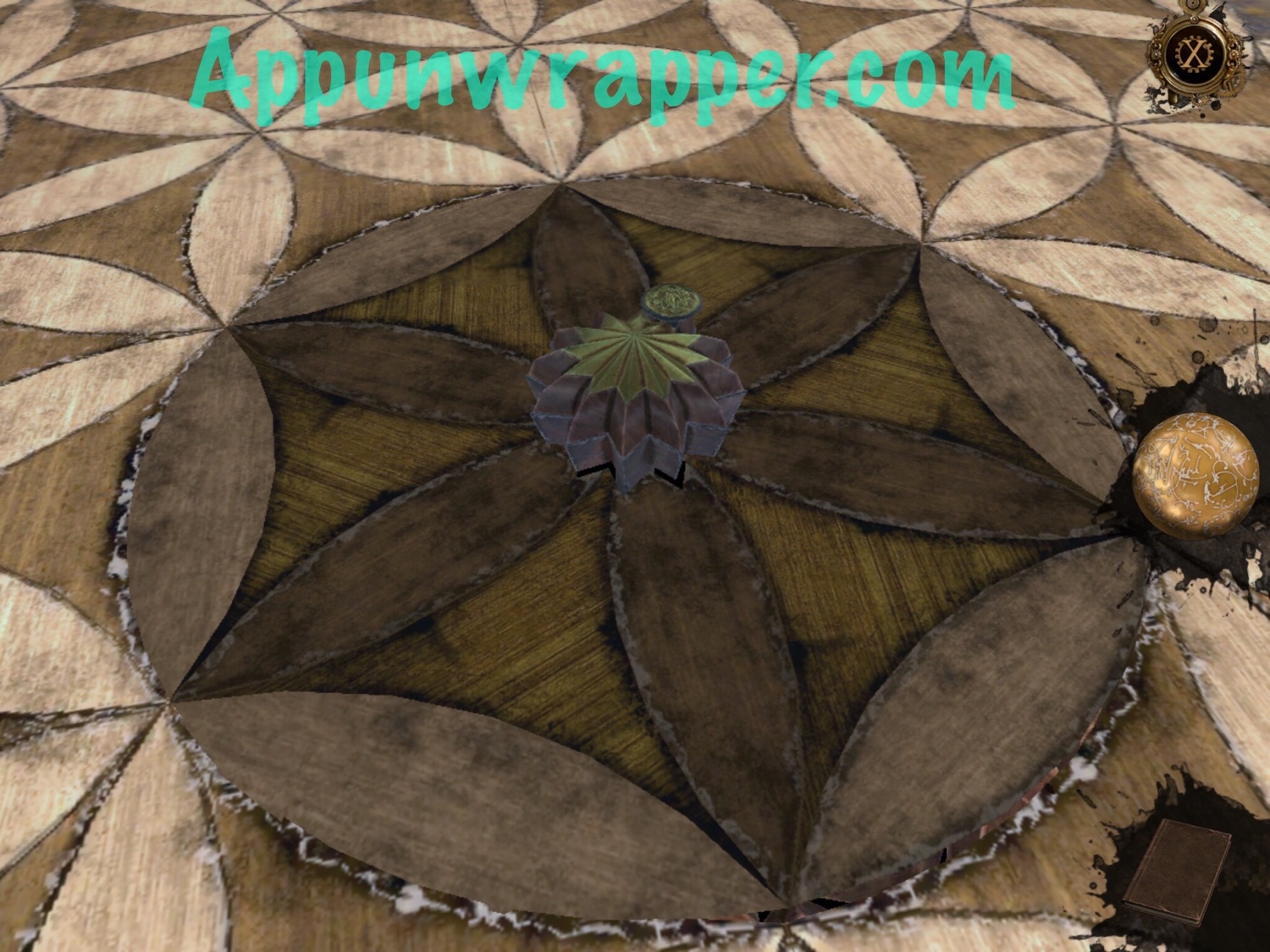 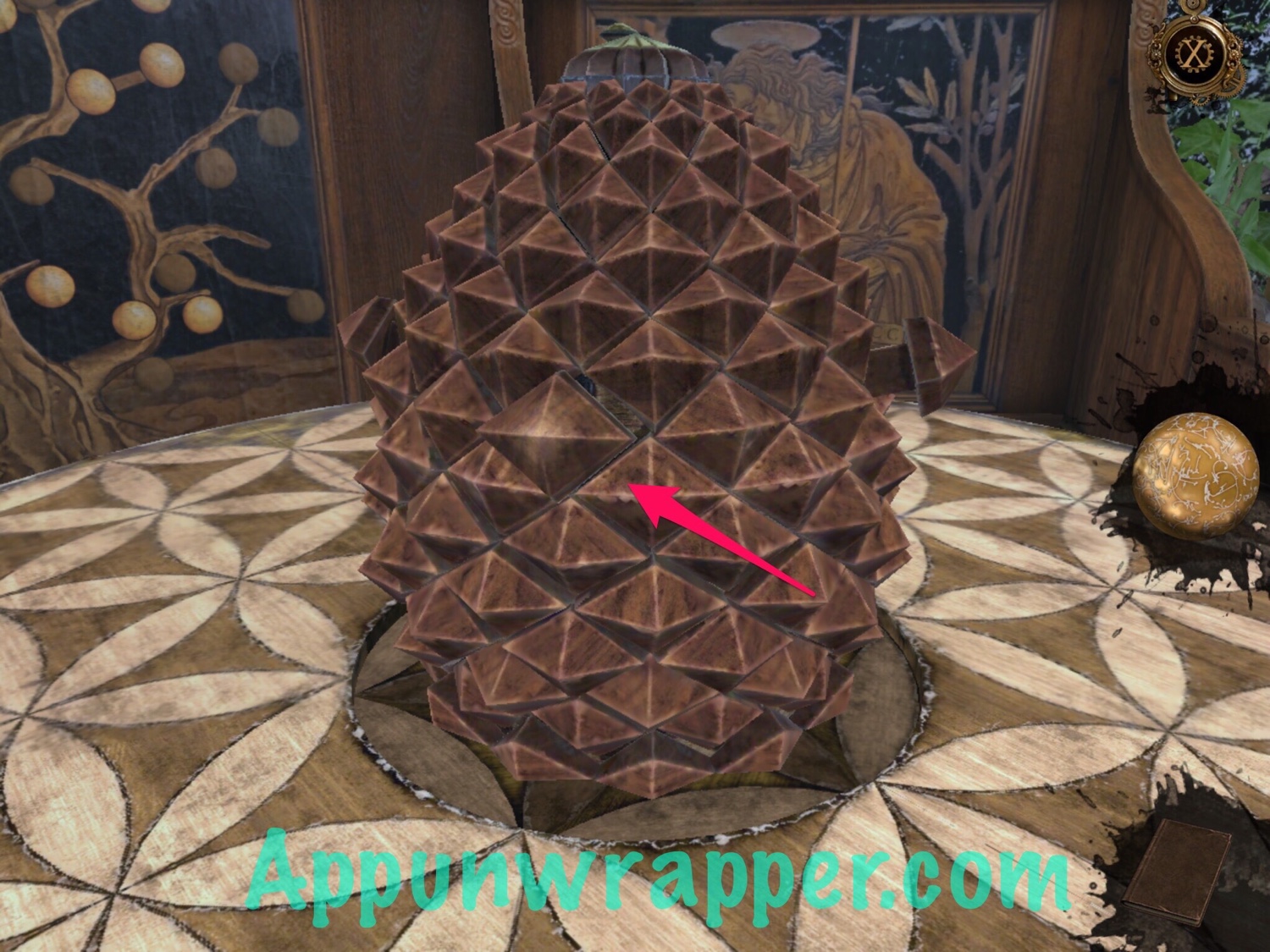 7. Pull the three points out and the pinecone will open more, revealing some symbols and some sliding pieces. Match the four pieces to the correct symbols to open it up to reveal an abacus. 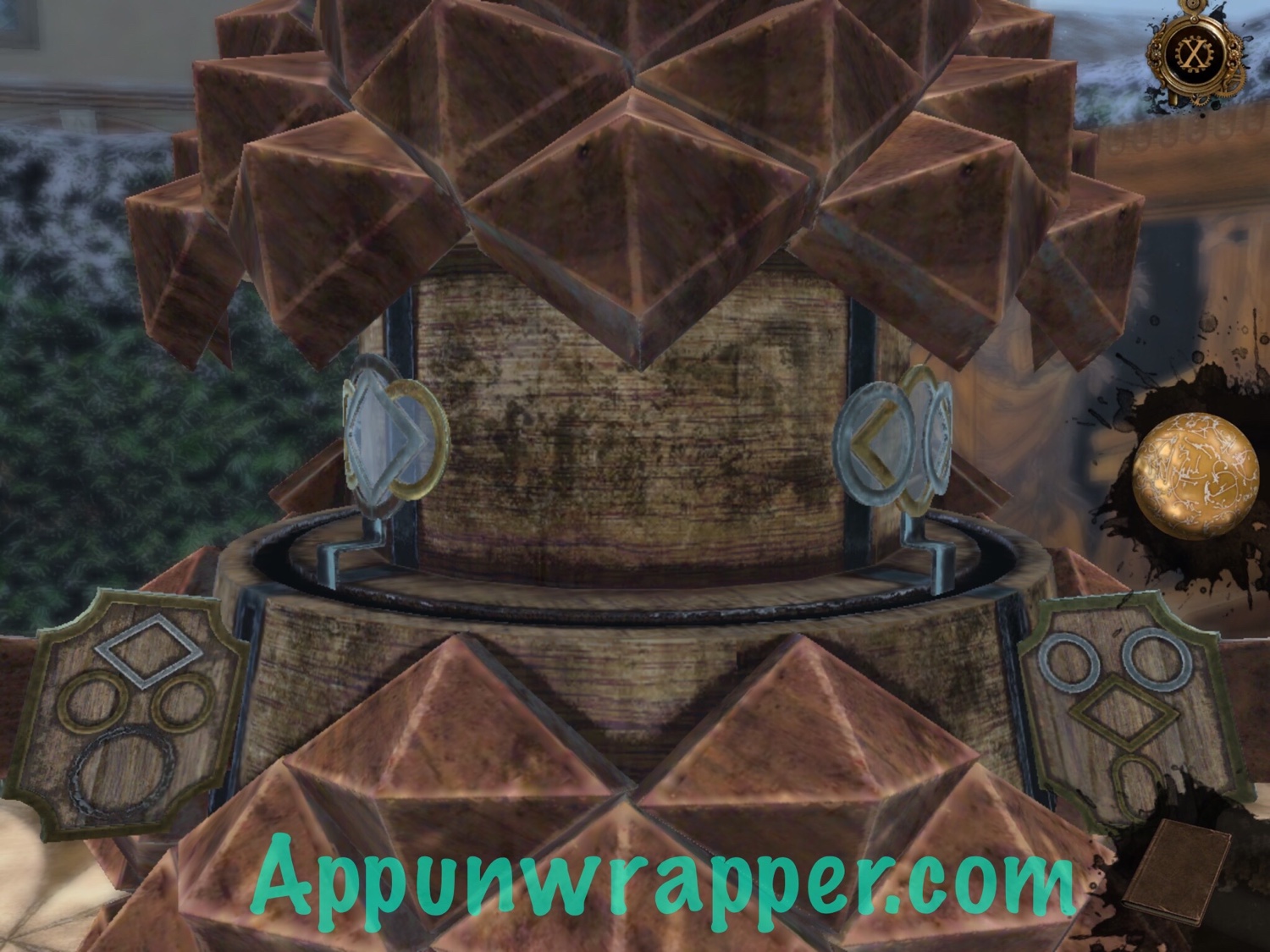 8. Use the wheels to flip it over once left to right and once up to down. Then match the abacus pieces to the circles in the tree carving behind them. It will then be added as a clue to your notebook. 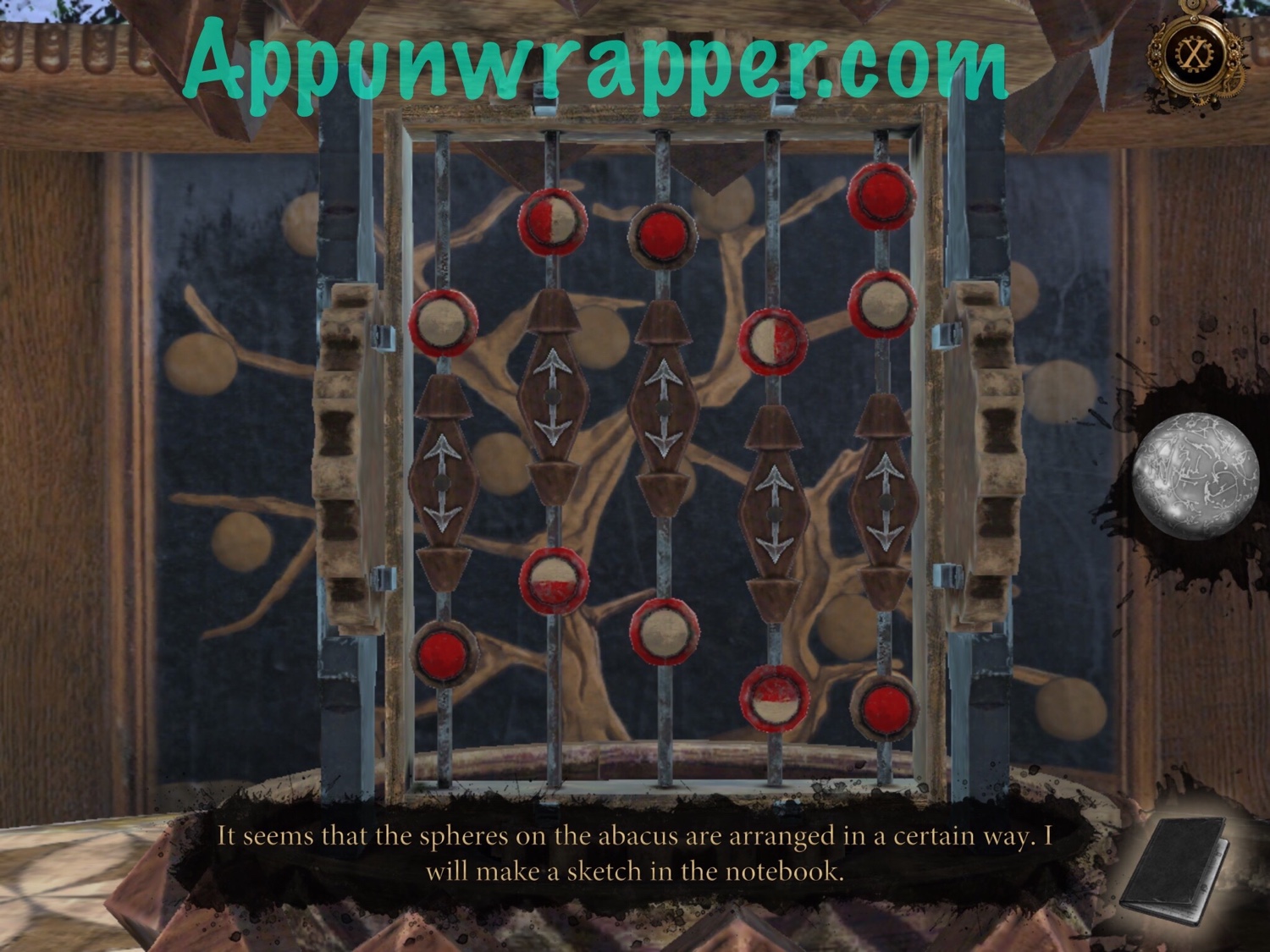 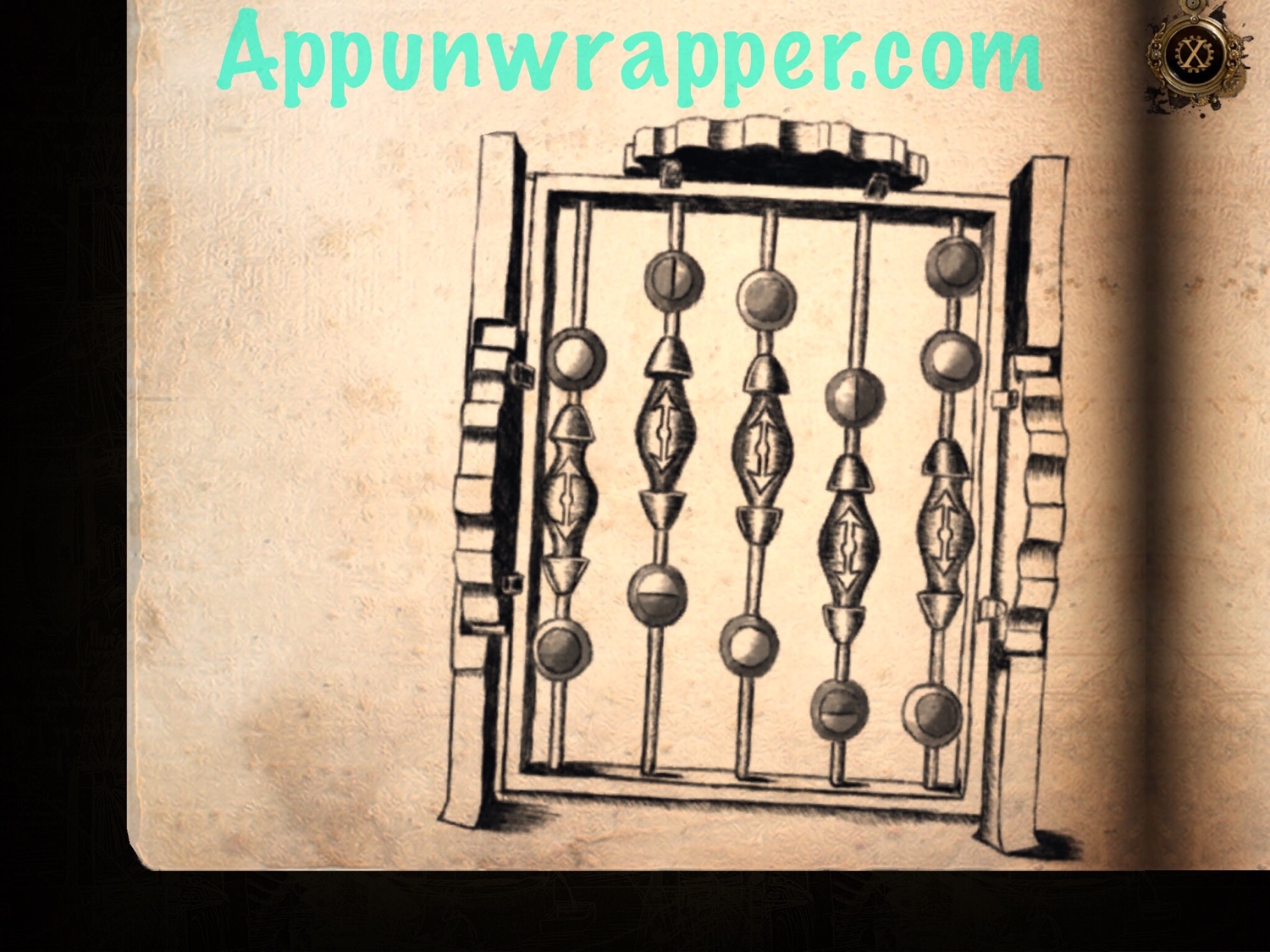 9. Take the part of the mechanism that’s left on the table.

10. Zoom back out. Turn to the left. If you turn the wheel, you’ll see that it moves the plant along a track, but it can’t move far because of the vines.

11. Close the lid and examine the metal plate to get a clue for your journal. 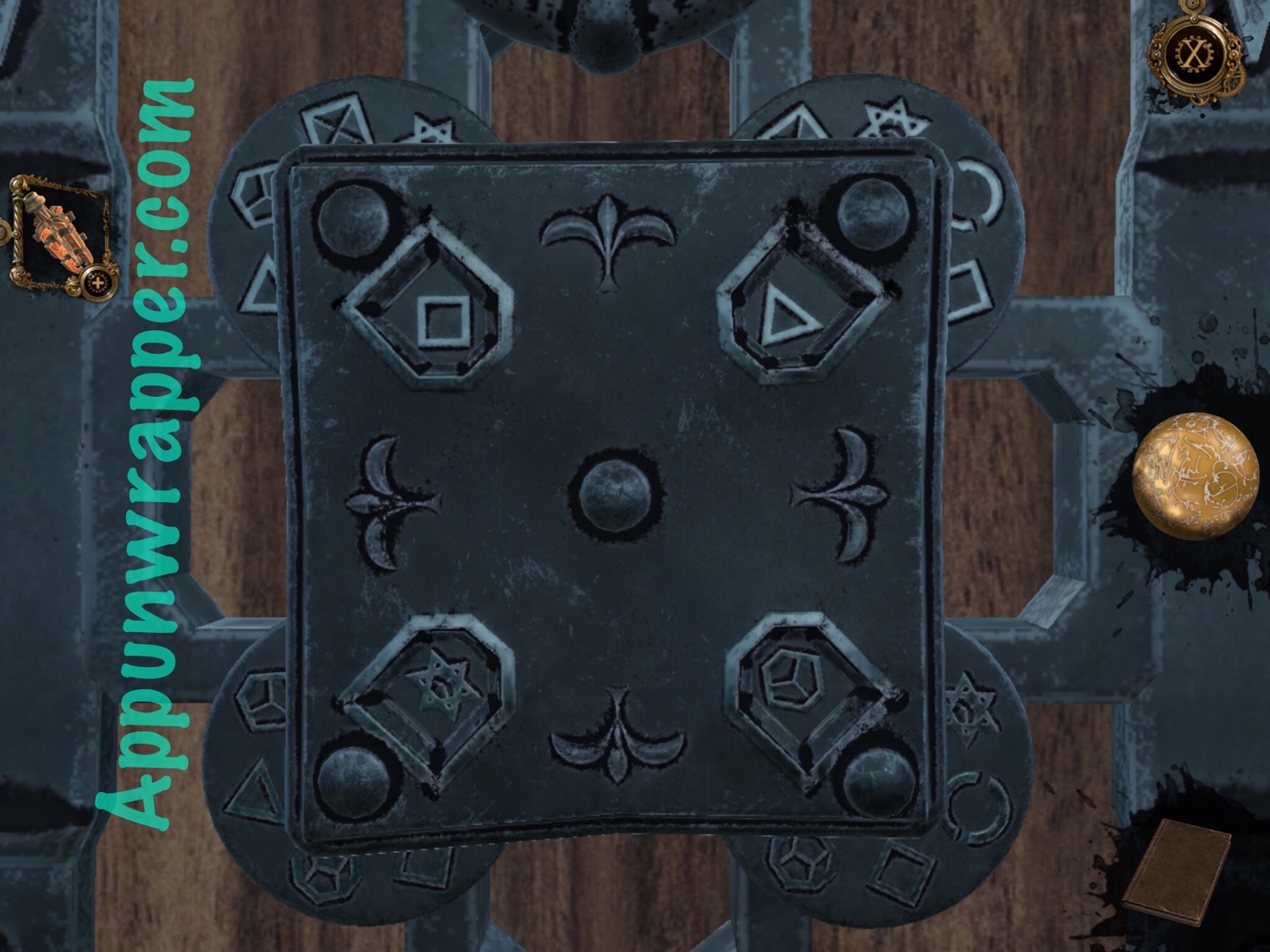 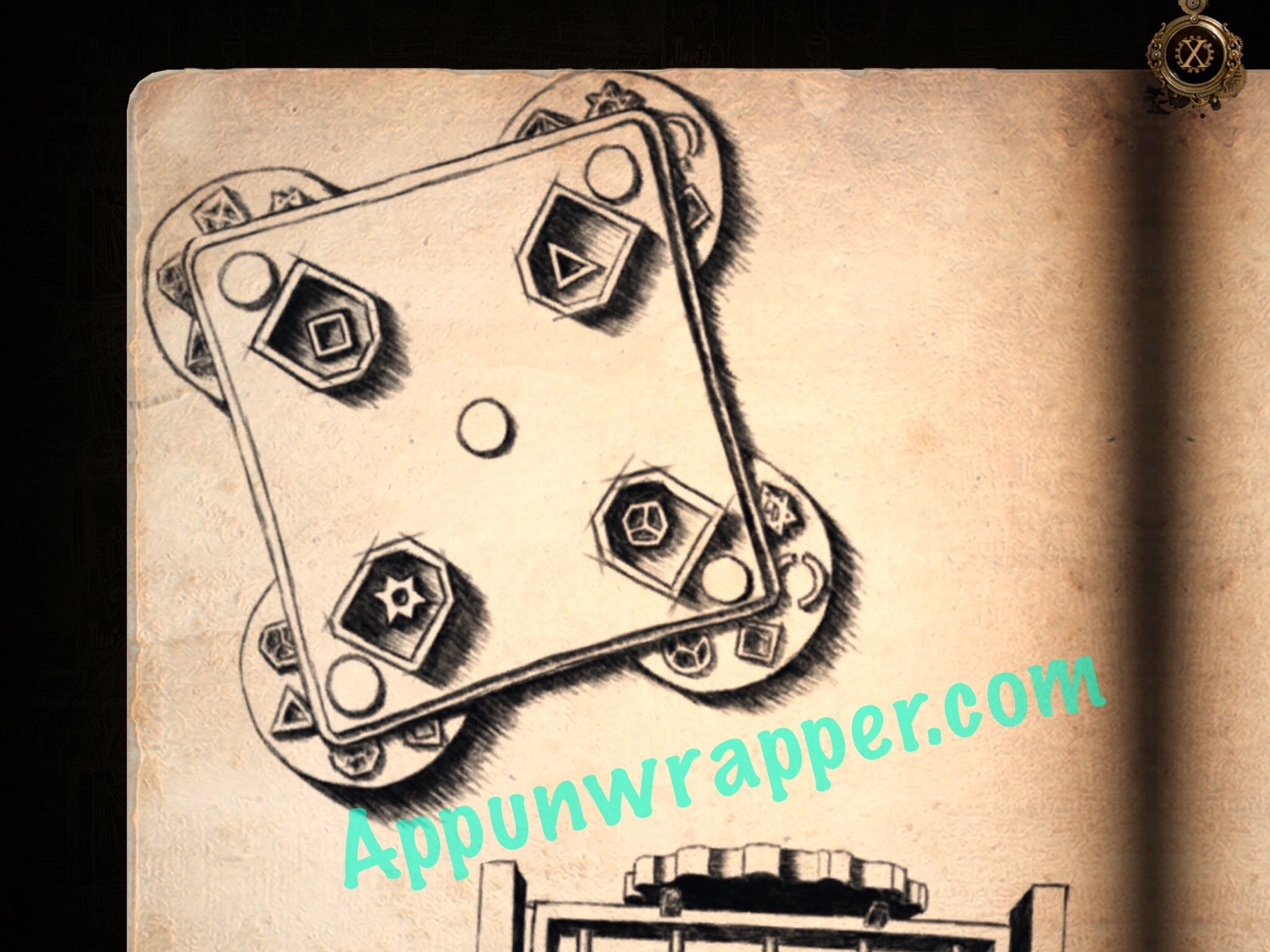 12. Zoom in on the little slider and pull it to the left to unlock the lid. Lift up the lid to reveal a space for some object. 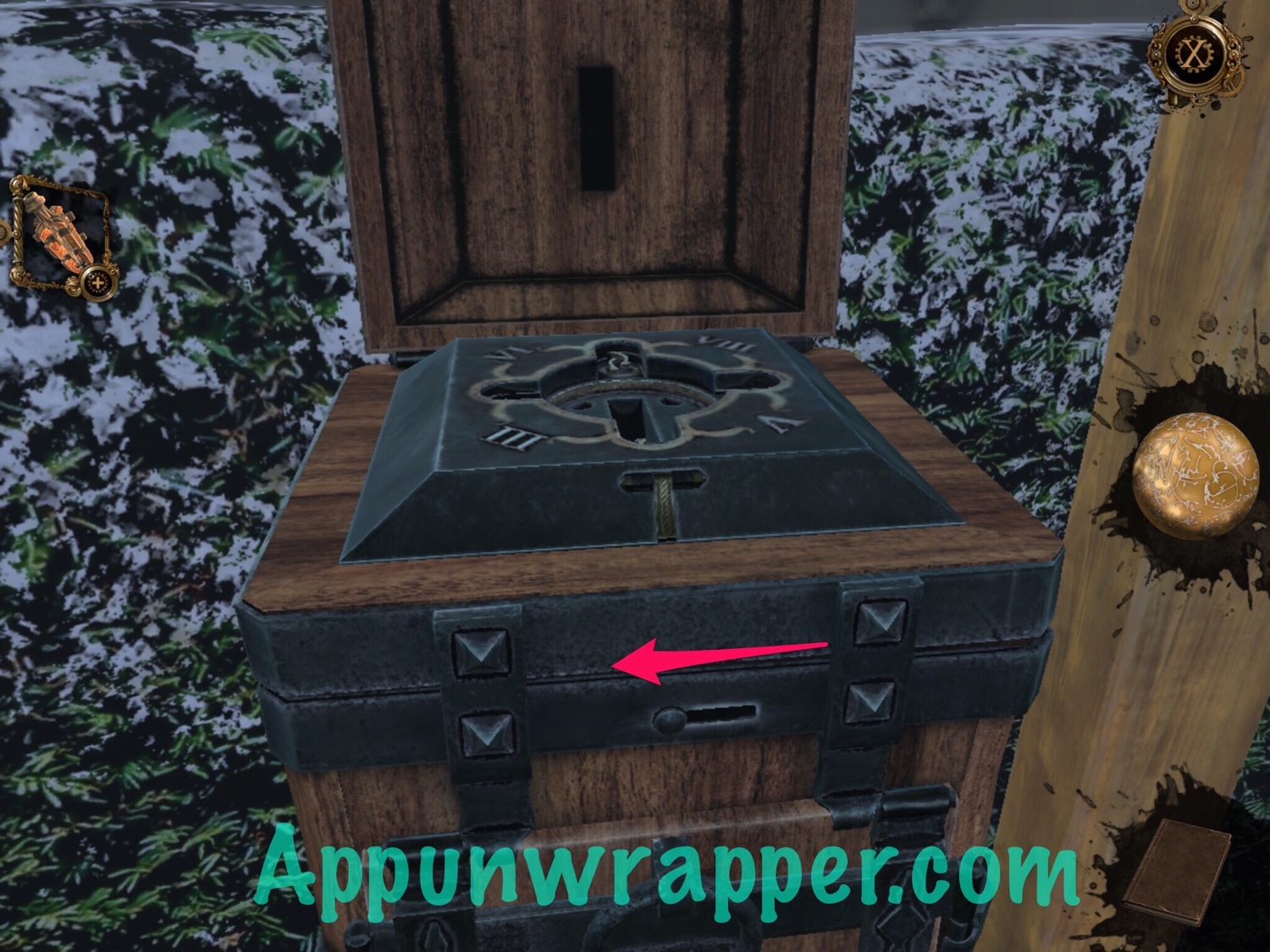 13. Face the table again. Use the Oculus Perpetua to go back to the past.

14. Zoom in on the left chair’s left arm rest. Pull out the eagle carving with one hand to reveal a little slider. With your other hand, pull the slider down. 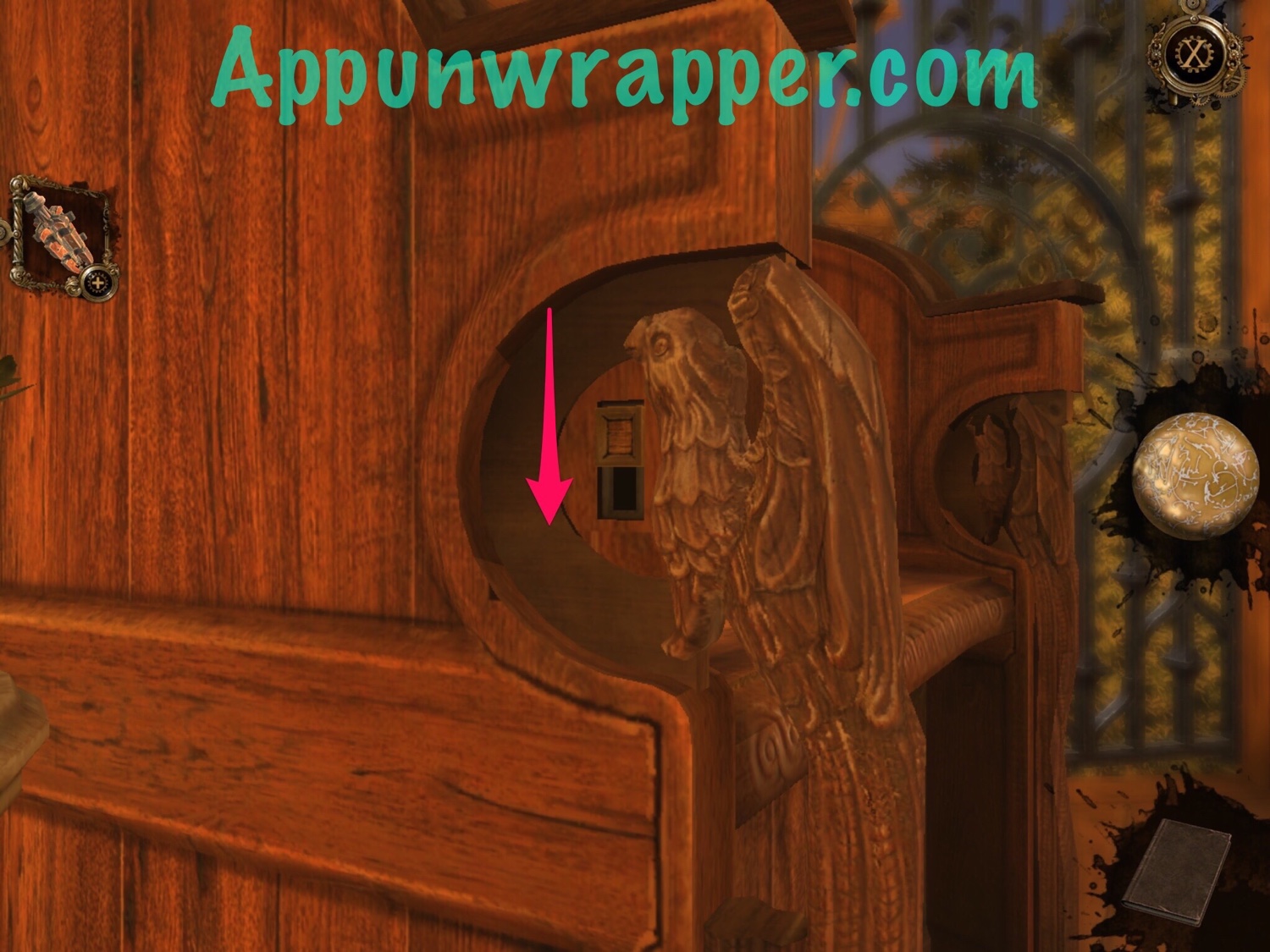 15. The top of the arm rest will pop up. Look for another slider and slide it up, releasing the disc with Roman numerals. Take it. 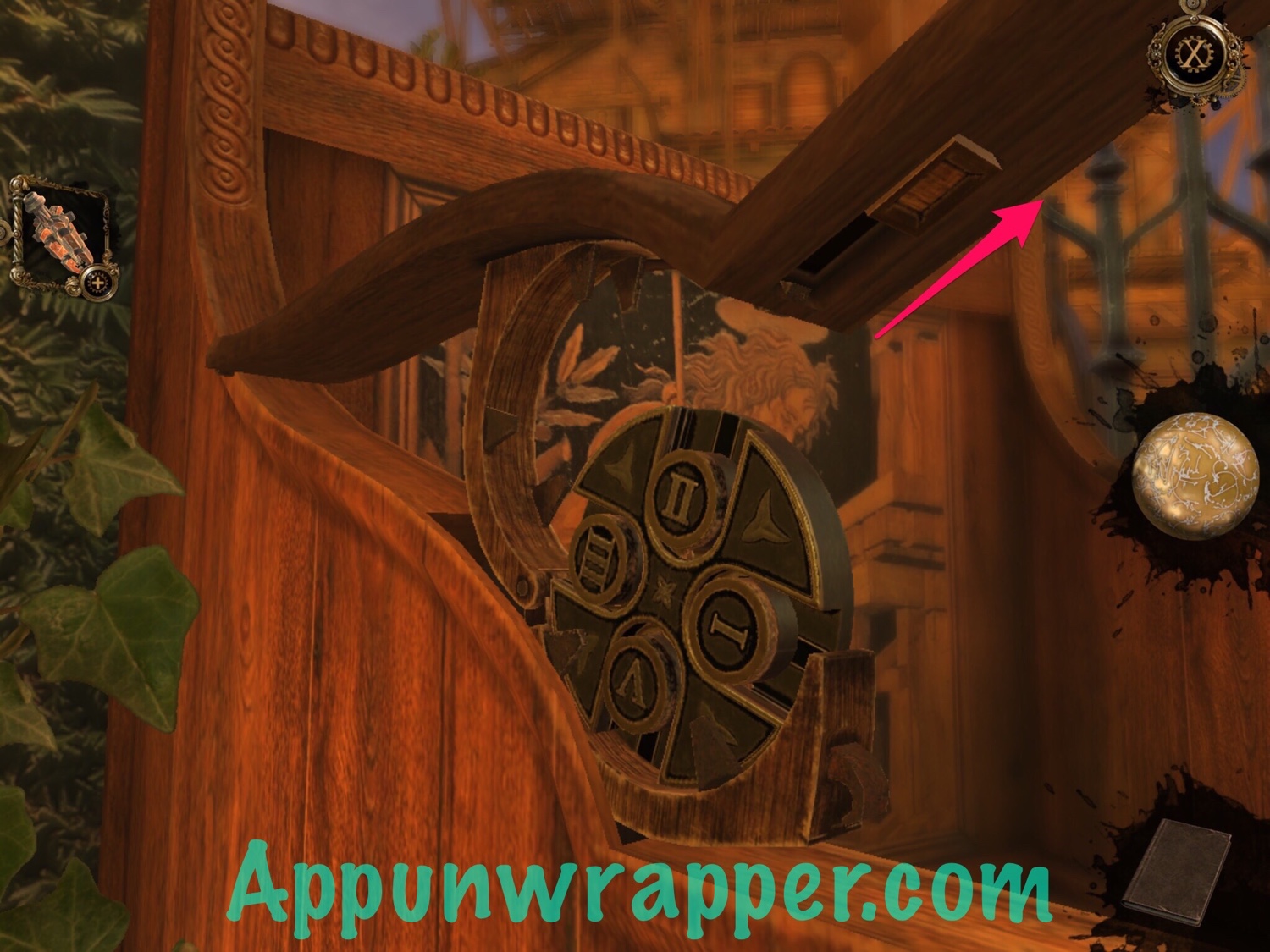 16. While here, zoom in on the closed box. Spin the dials and match the symbols to the clue in your journal. Then pull it open to reveal the same wheel you had access to in the present. 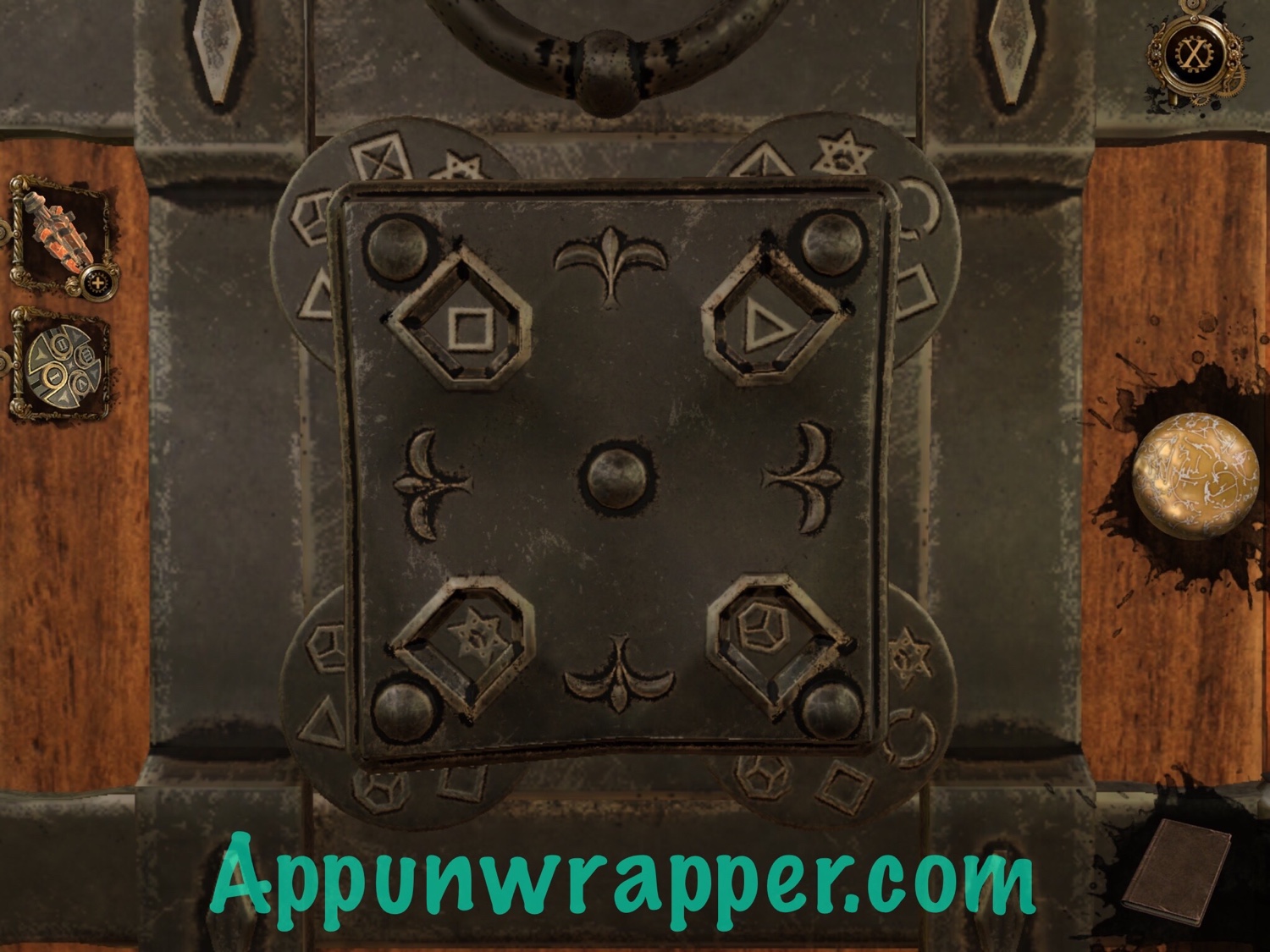 17. This time, if you try to turn the wheel, the plant won’t move because it’s tied down. We need to figure out how to open that lock, but later. 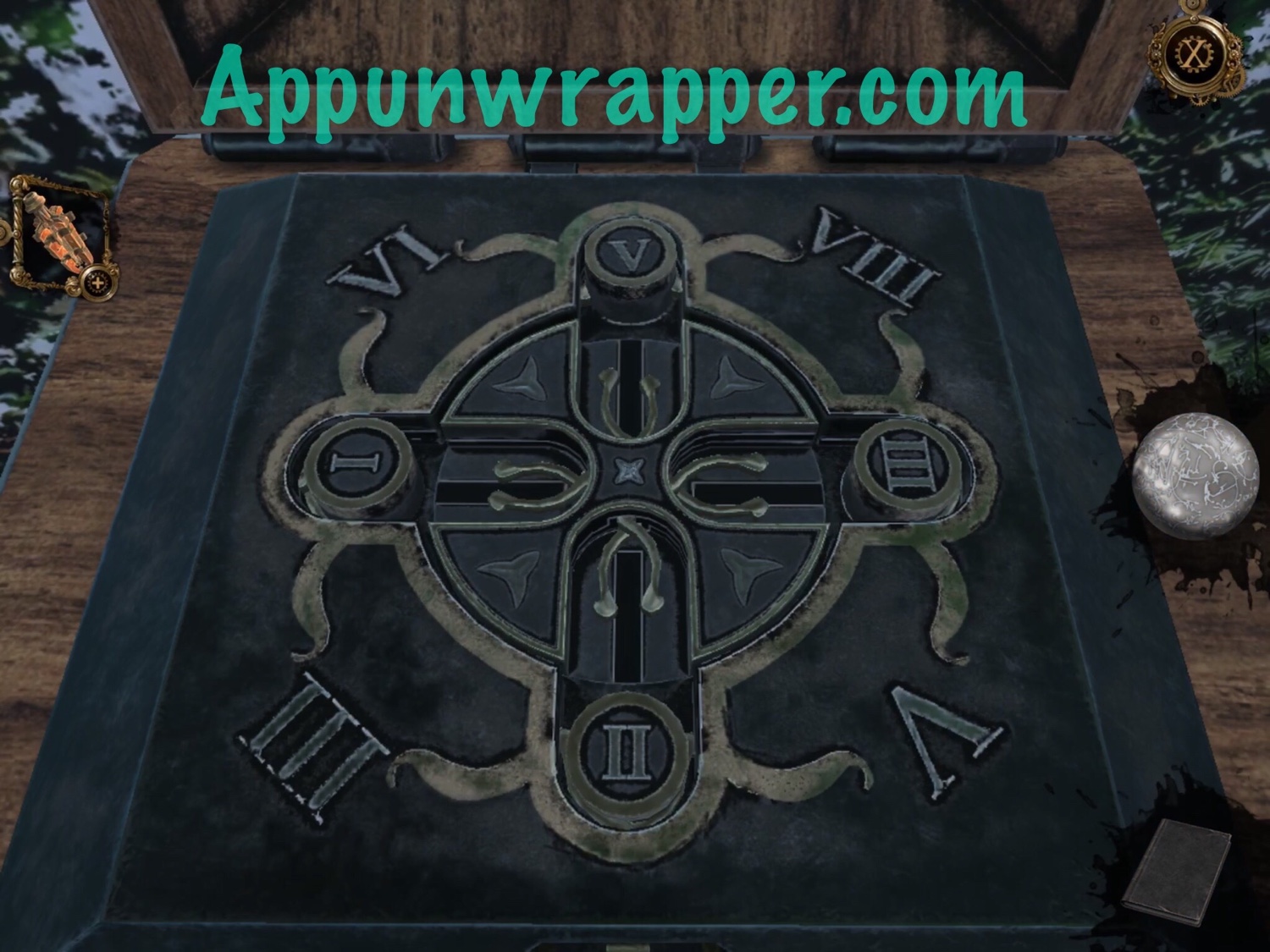 19. Take a look at the medallion in your bag. There are four pieces on it that look like buttons, but they’re not. Slide one down to open the medallion up and turn it into an unfolded medallion. 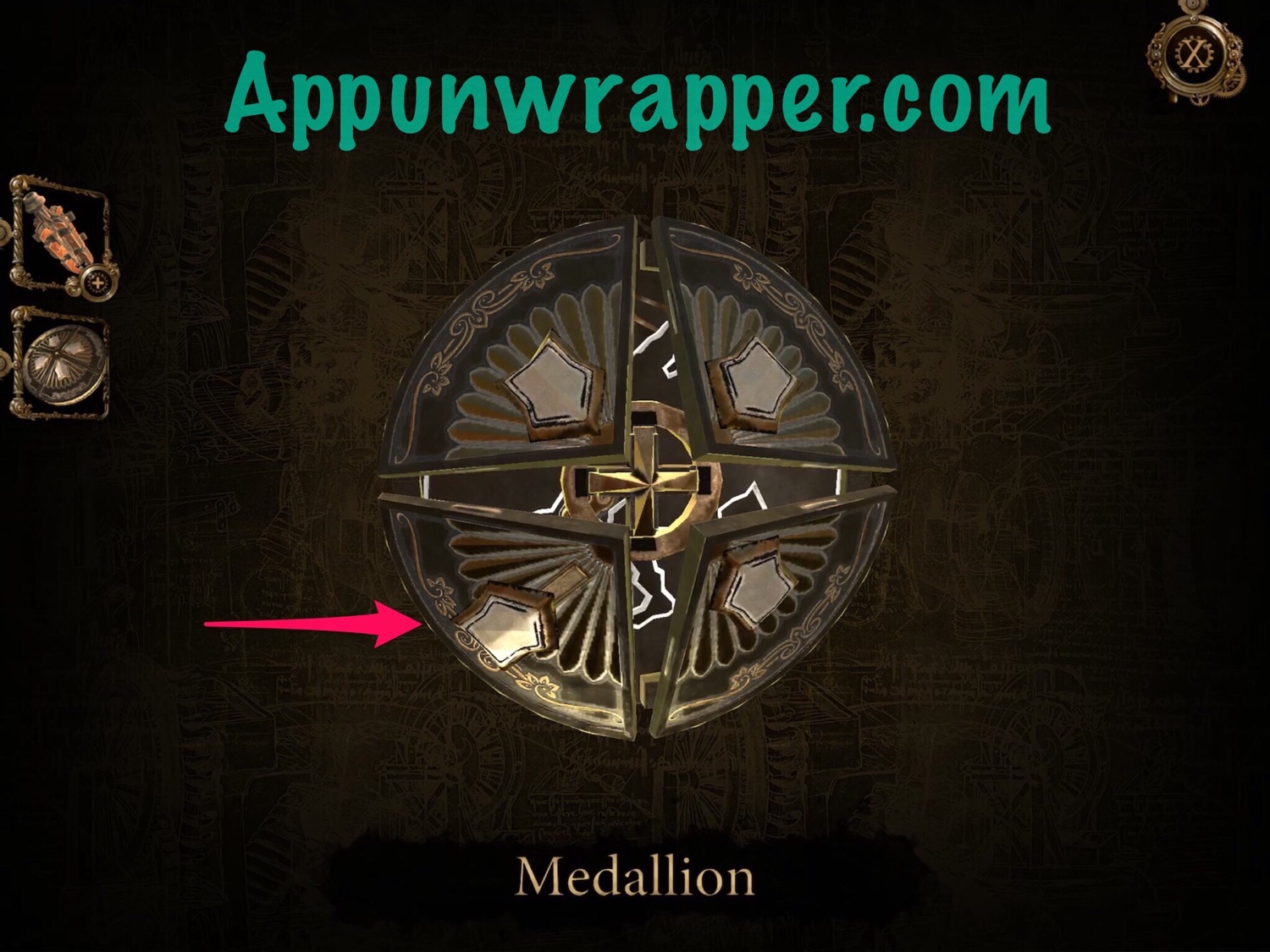 20. Place the opened medallion on the wall behind you. The panels will open, revealing a puzzle. You need to use the two “joysticks” to move the top silver piece down to the bottom one, touching all nodes. It will also add a clue to your notebook. 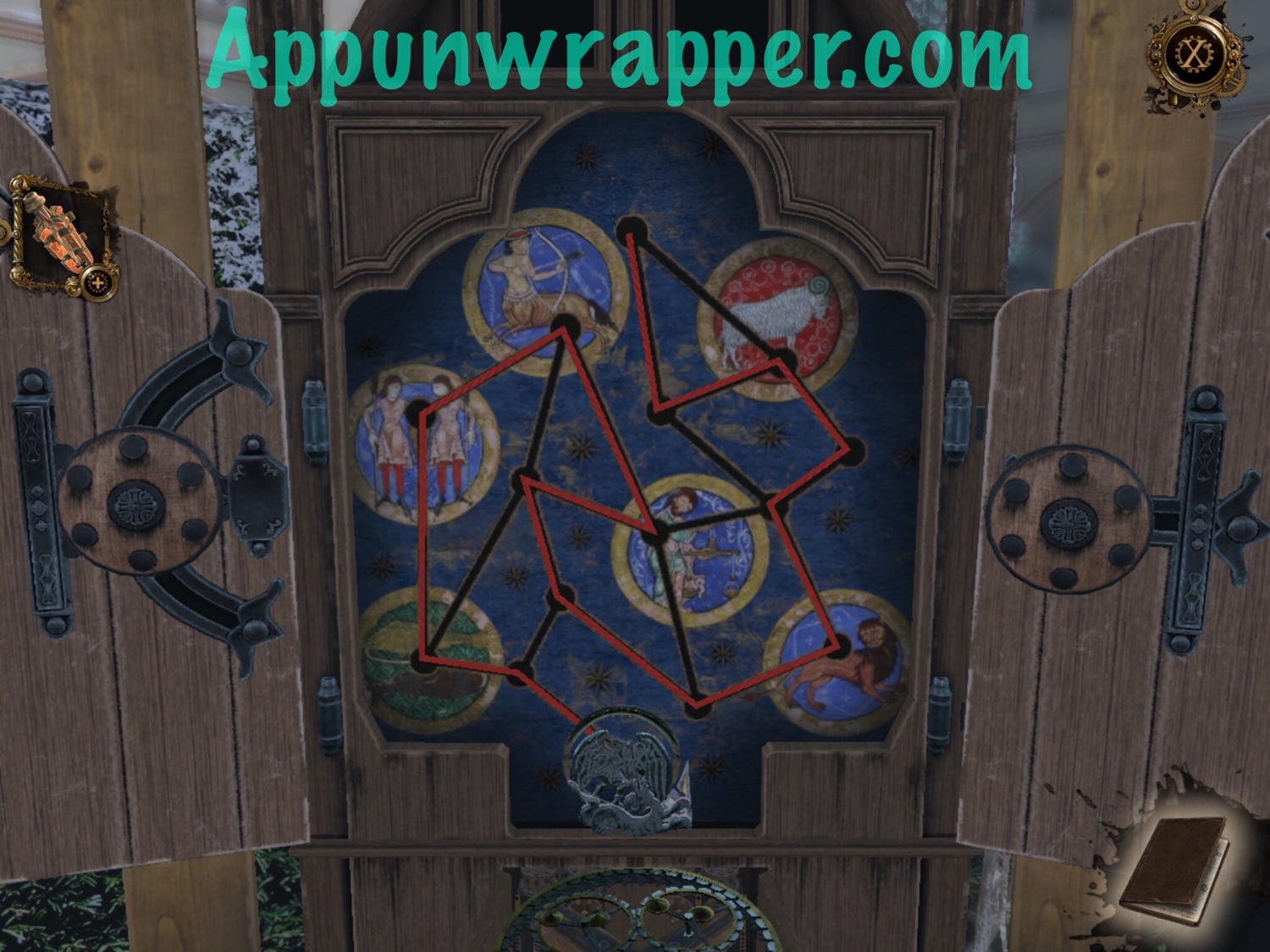 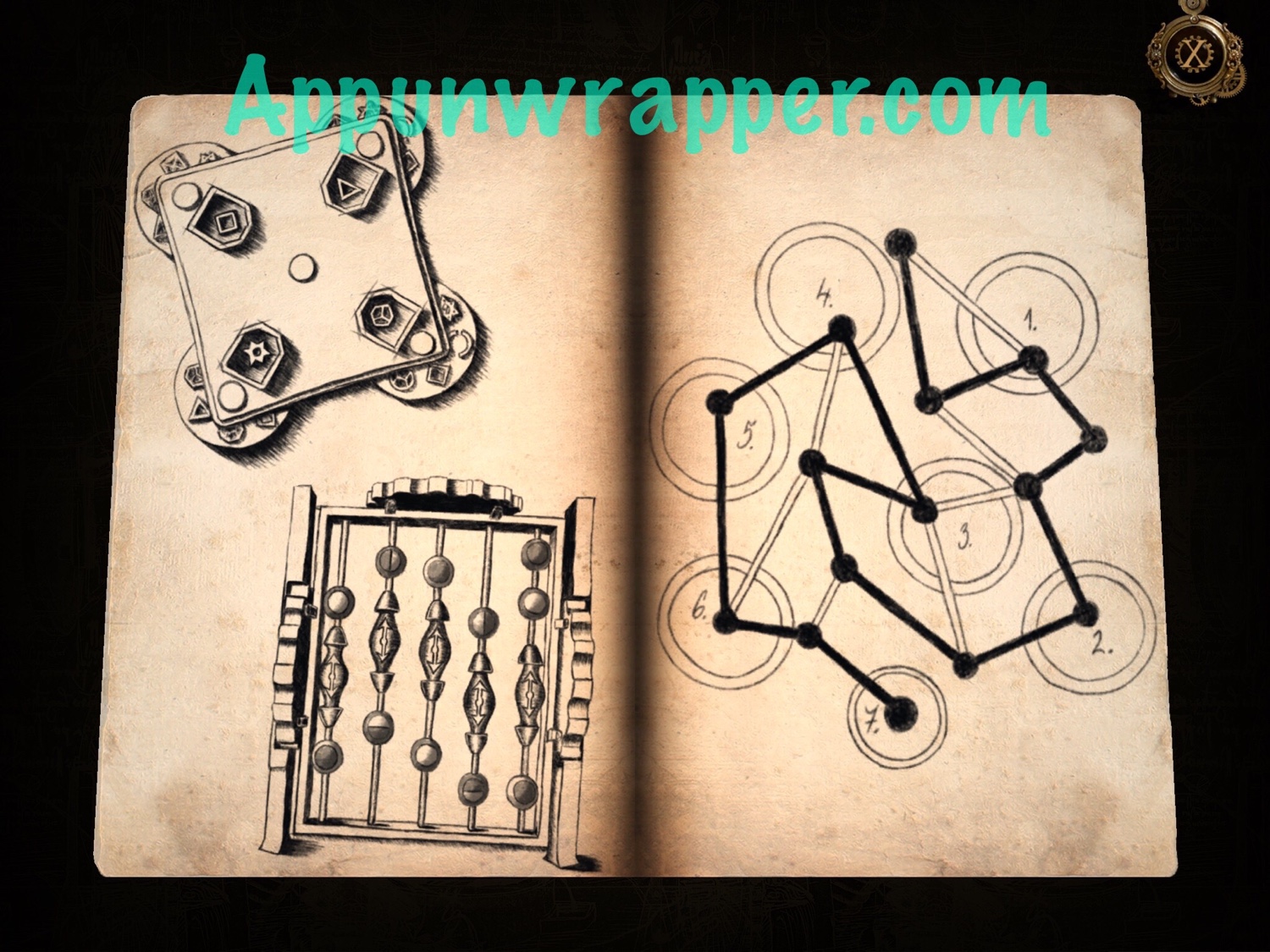