You can watch my video for Chapter 1 here or continue below for my step-by-step guide.

1. You wake up in a cell. Follow the tutorial. Pick up the tube the guard threw in. It’s a leather case. Twist off the top and pull out the letter. Drag the letter upwards to see the bottom part. Then unwind the key from the ribbon. Now you have a key!

2. Pick up the wooden spoon from the floor. 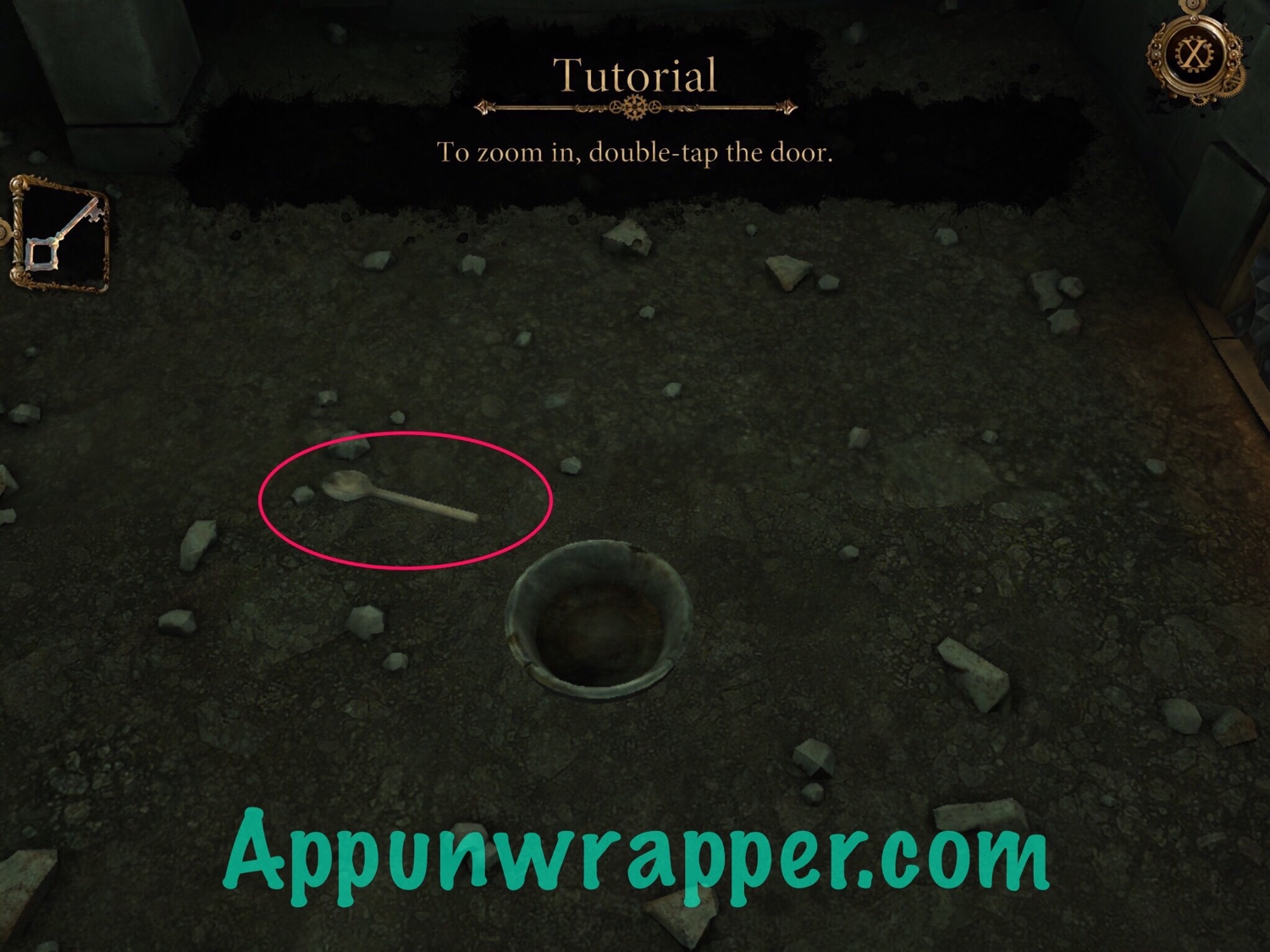 3. Zoom in on the door. Move the key from your inventory to the rivet. Then turn the key to reveal the lock. Use the key in the lock and turn it to open the door. Go through.

4. Turn around and grab the curiously shaped screw. 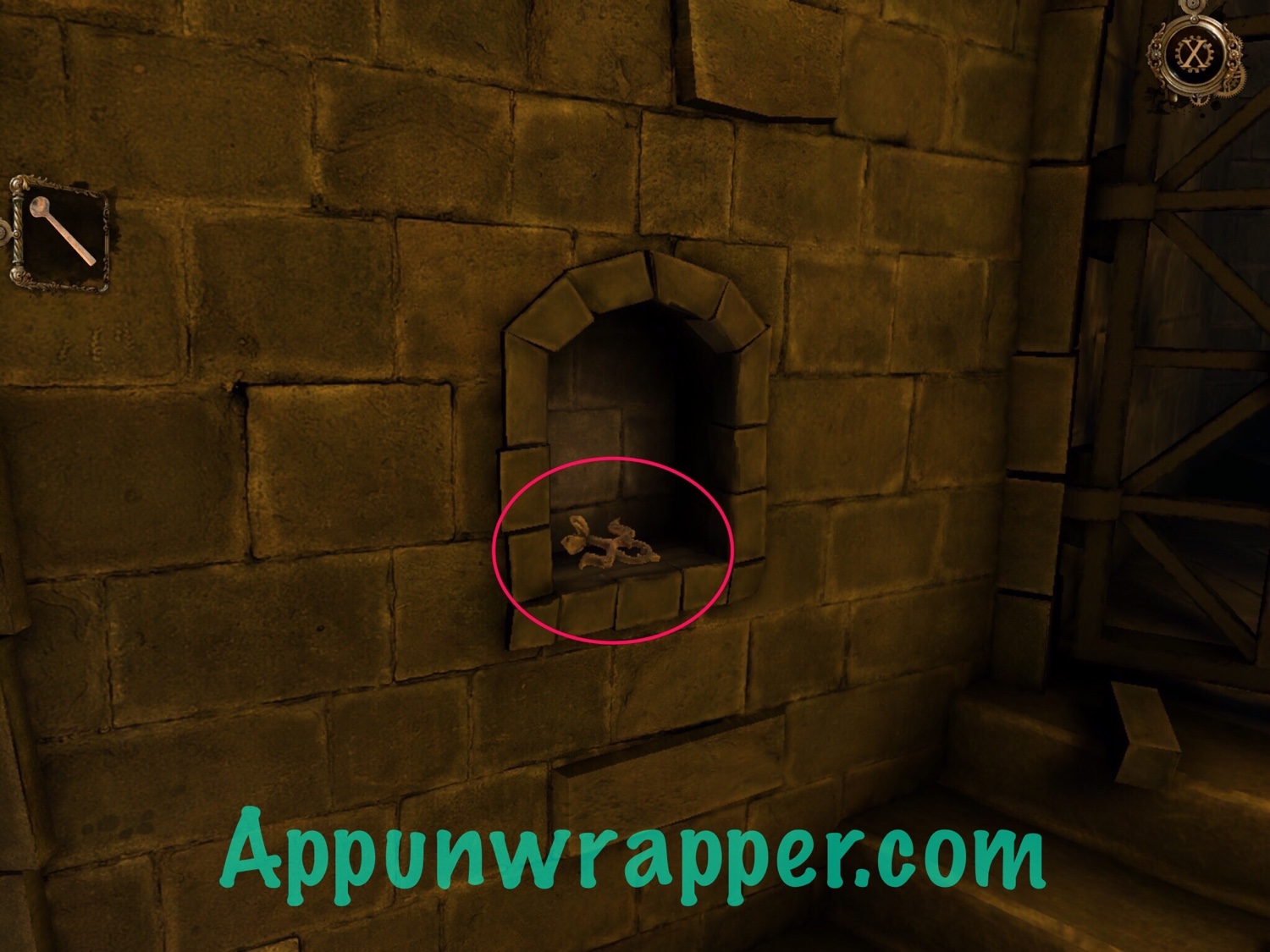 5. Turn around again and use the screw on the barrel. Turn it to reveal a device. Pull it open and take the part of a torture device. 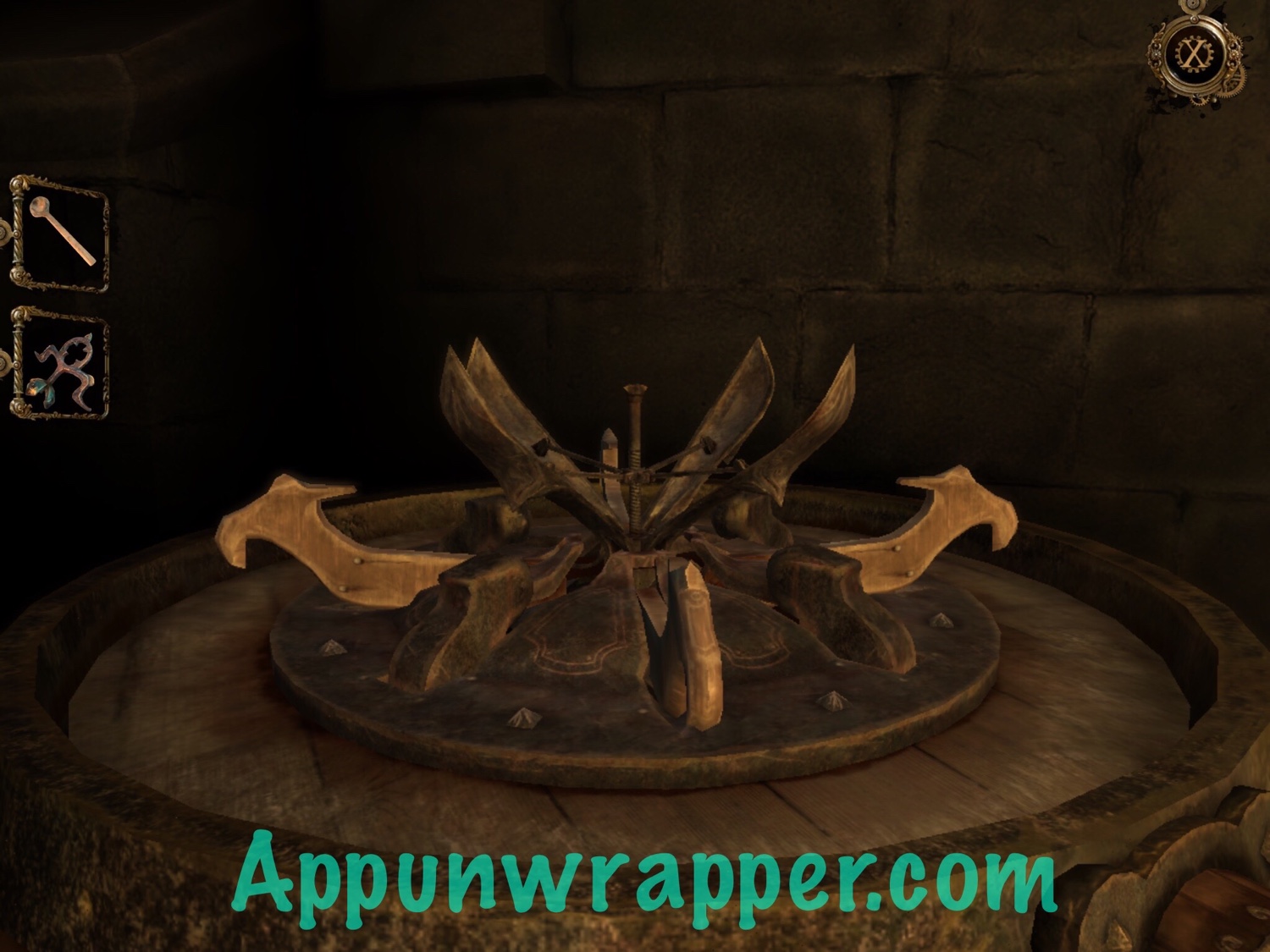 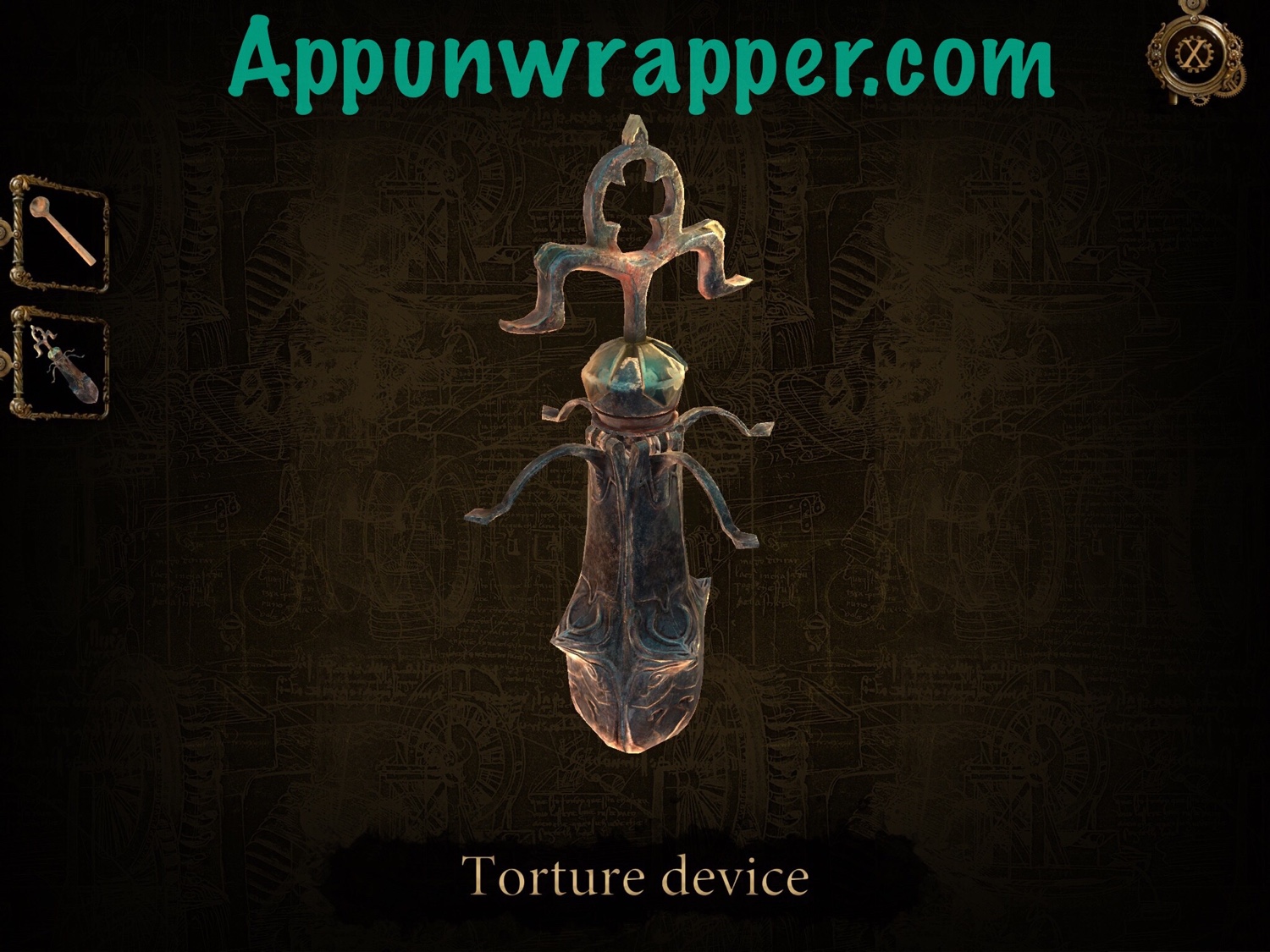 7. Turn to the wall with the chain and crank. Turn the crank handle to lower the chain. 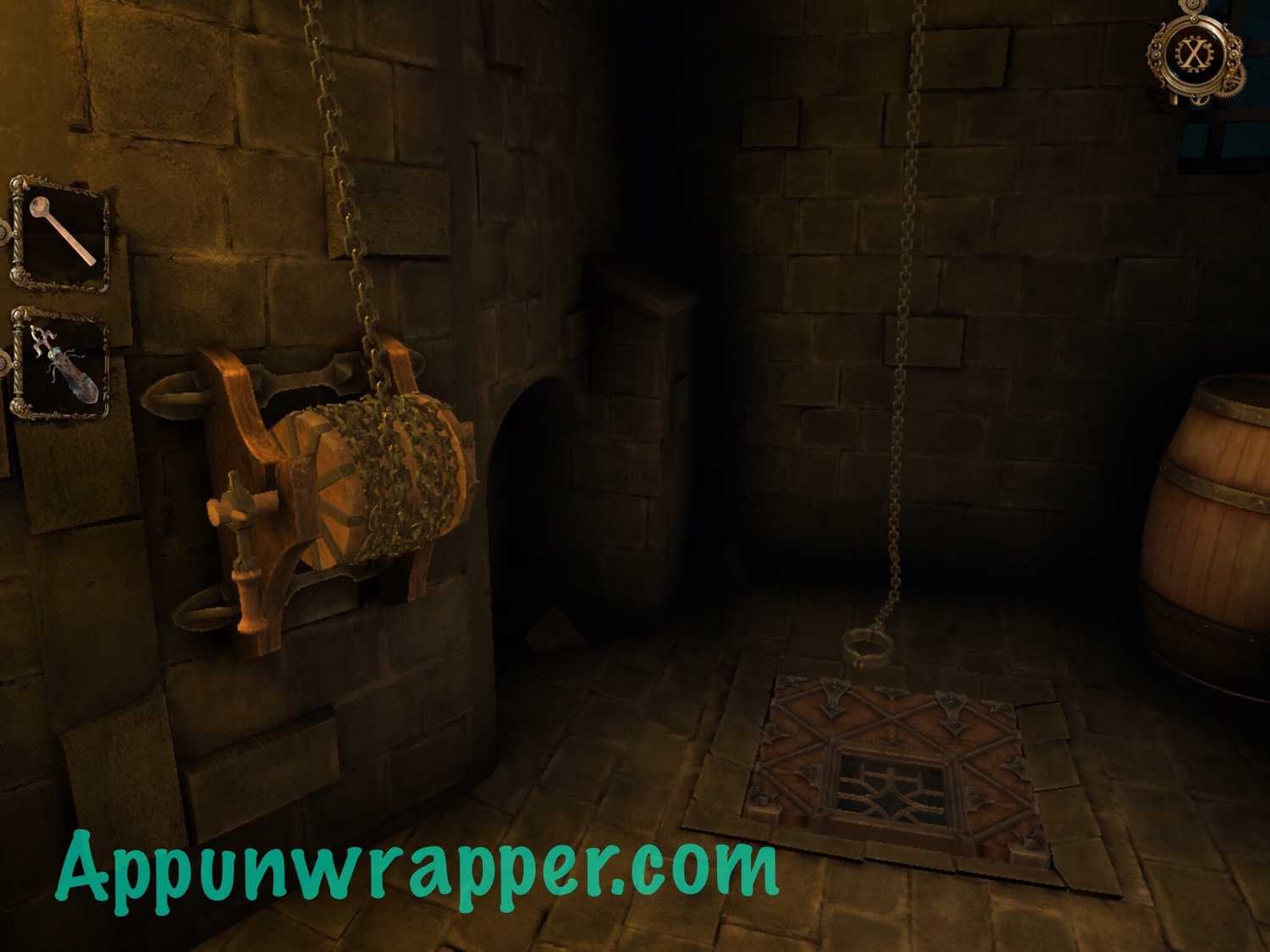 8. Place the torture device in the hole in the floor and then put the metal collar around it. 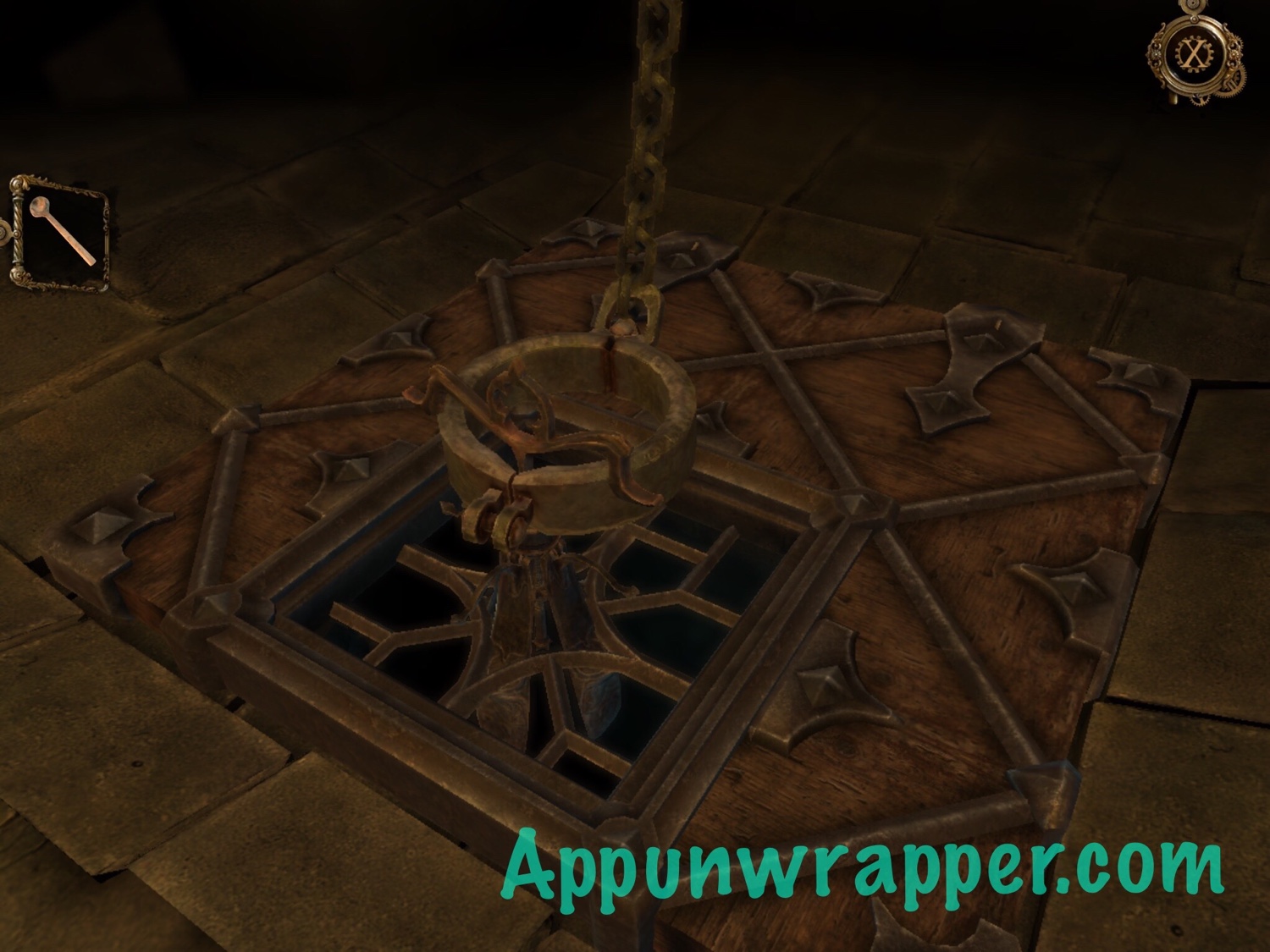 9. Turn the crank again. It will break, so replace the part with the wooden spoon. Then turn it again to open the trap door. Head down. 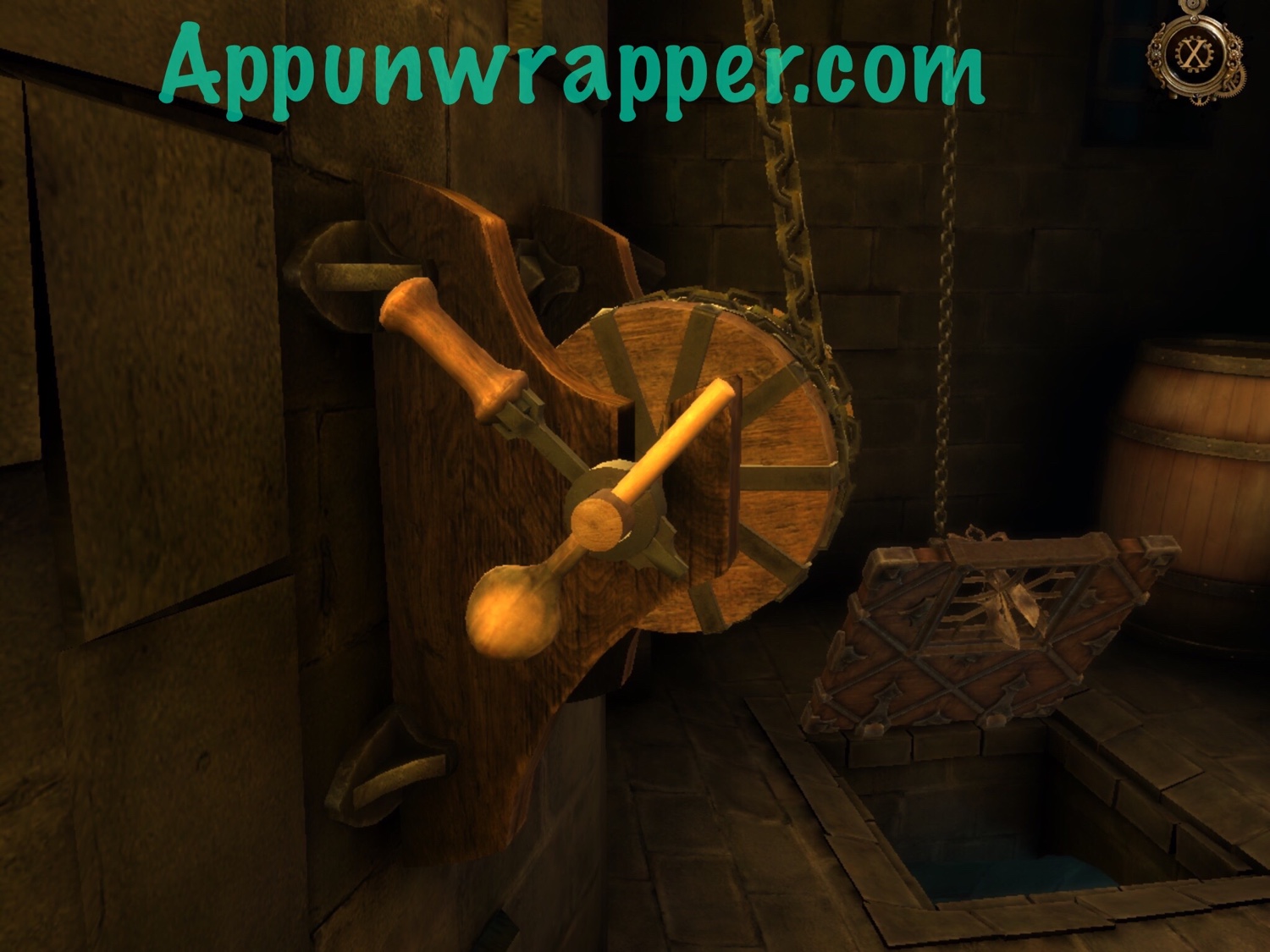 10. There’s a gate in front of you. Zoom in on the top and pull down the lock to release it. Go through. 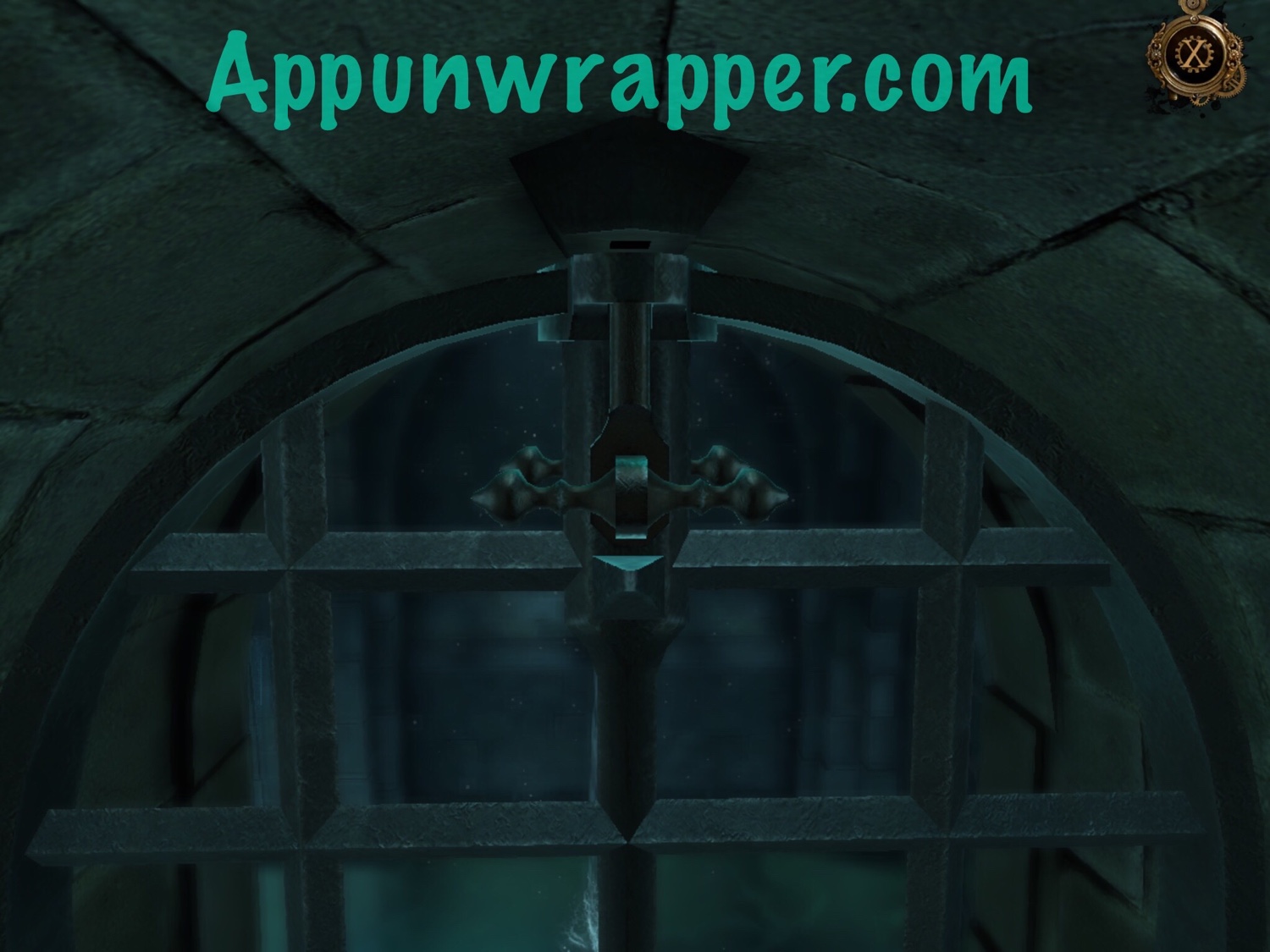 11. Zoom in on the wheel. Move the peg down to release the handle. Then turn the wheel to open the next gate. Go through. 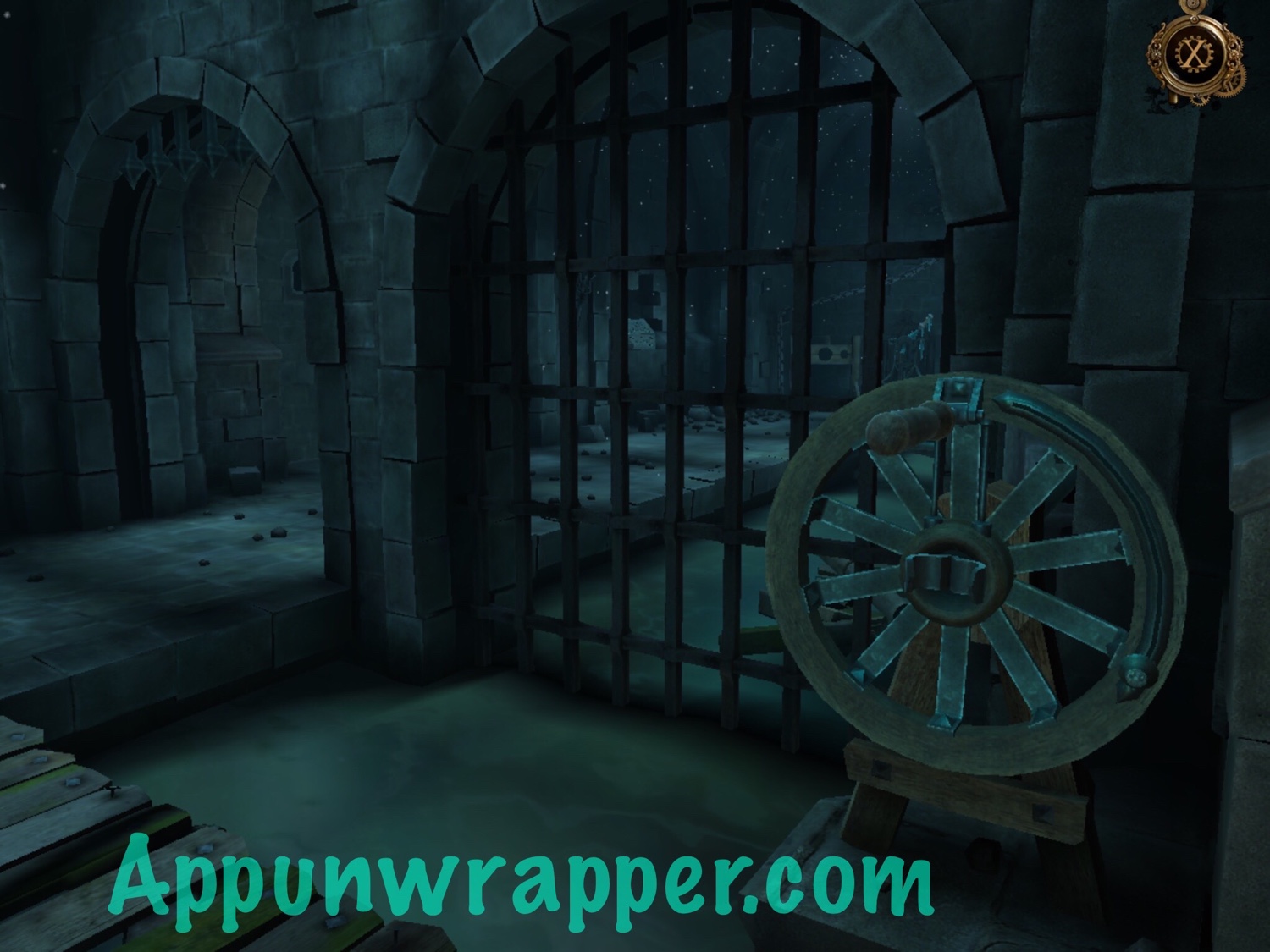 12. Find the little box in the wall to the left. Zoom in on the three circles. Rotate all three so the gaps line up with each other. Then take the gold and silver-plated object that’s revealed. 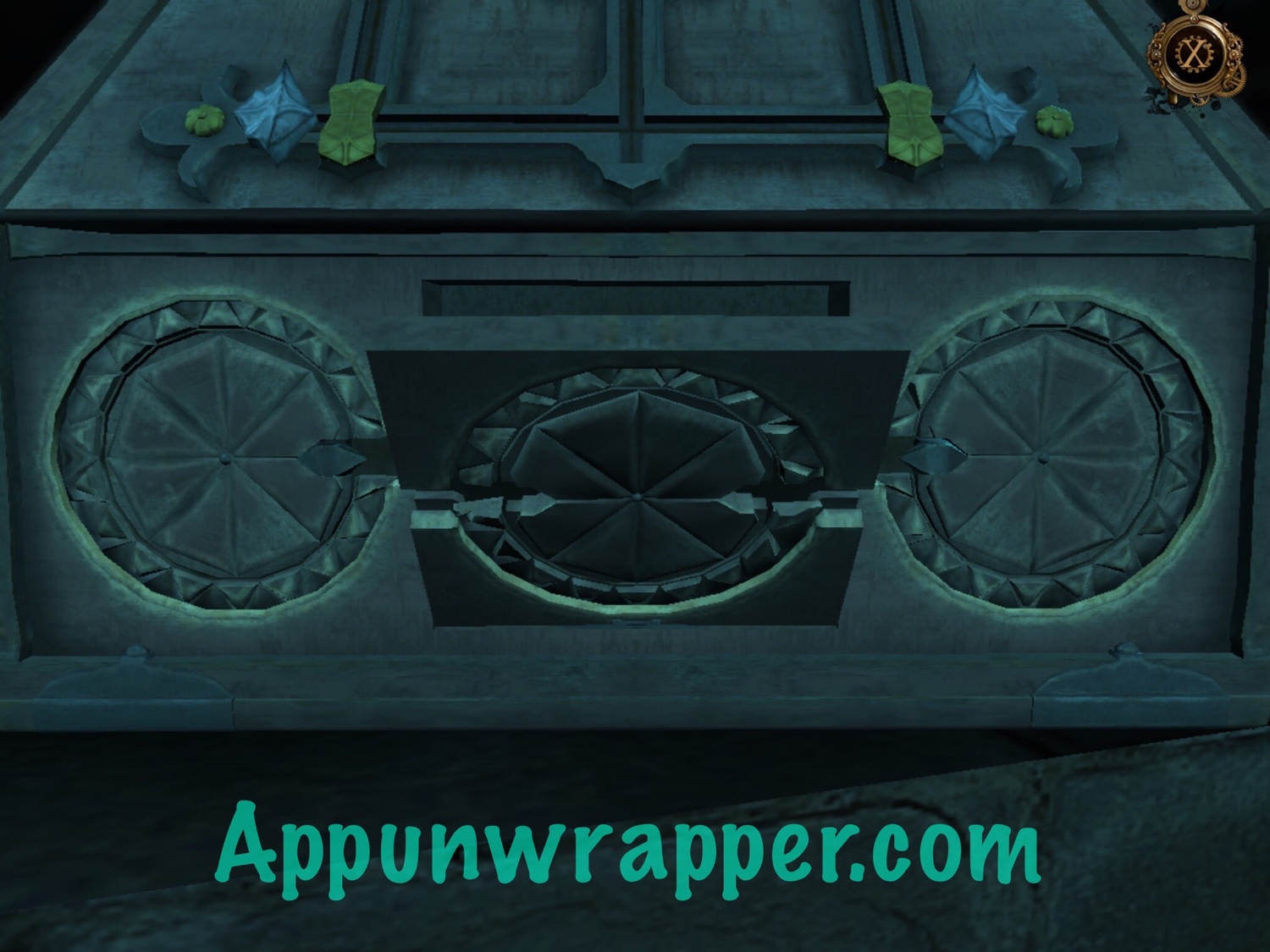 13. Zoom back out and then zoom in on the top of the box. Place the object in the slot and then pull it down. Follow the tutorial and use two fingers to pull the two pieces in. Then open the box. 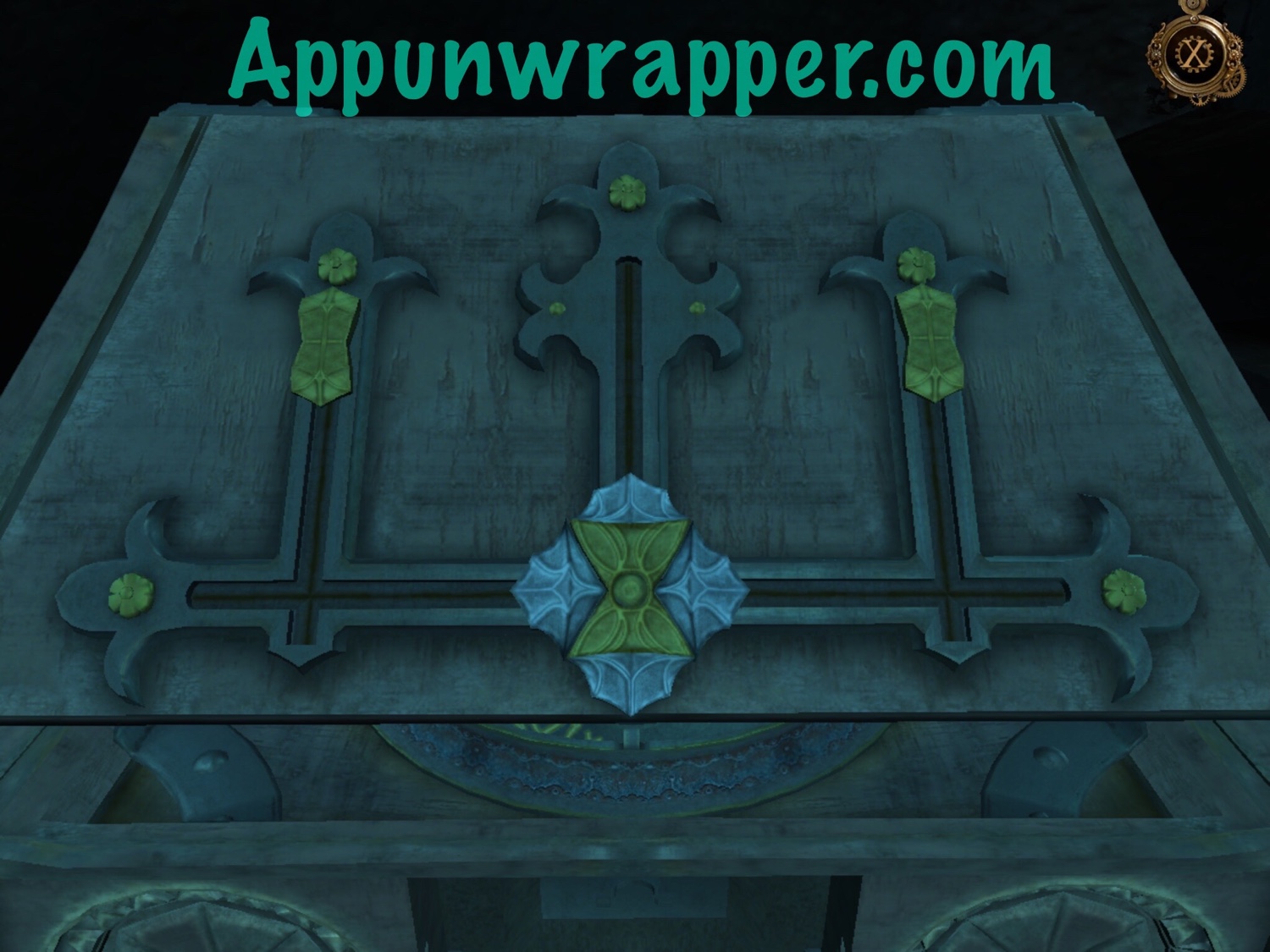 14. Read the letter and then take the piece behind it. Drag it to the top of the dome puzzle and push it down. 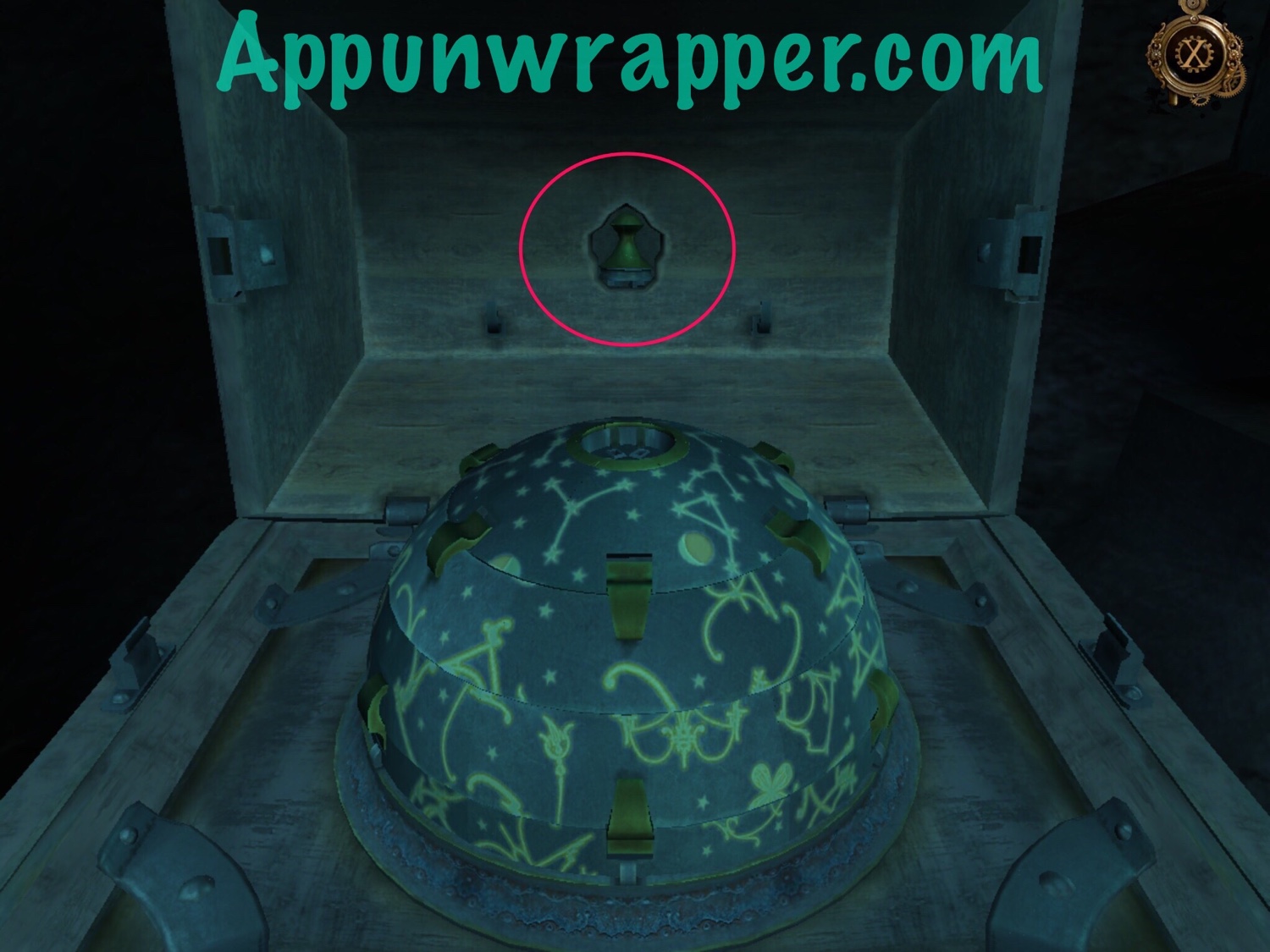 15. Rotate each section of the dome so the patterns line up. Then take the spherical device from the center. 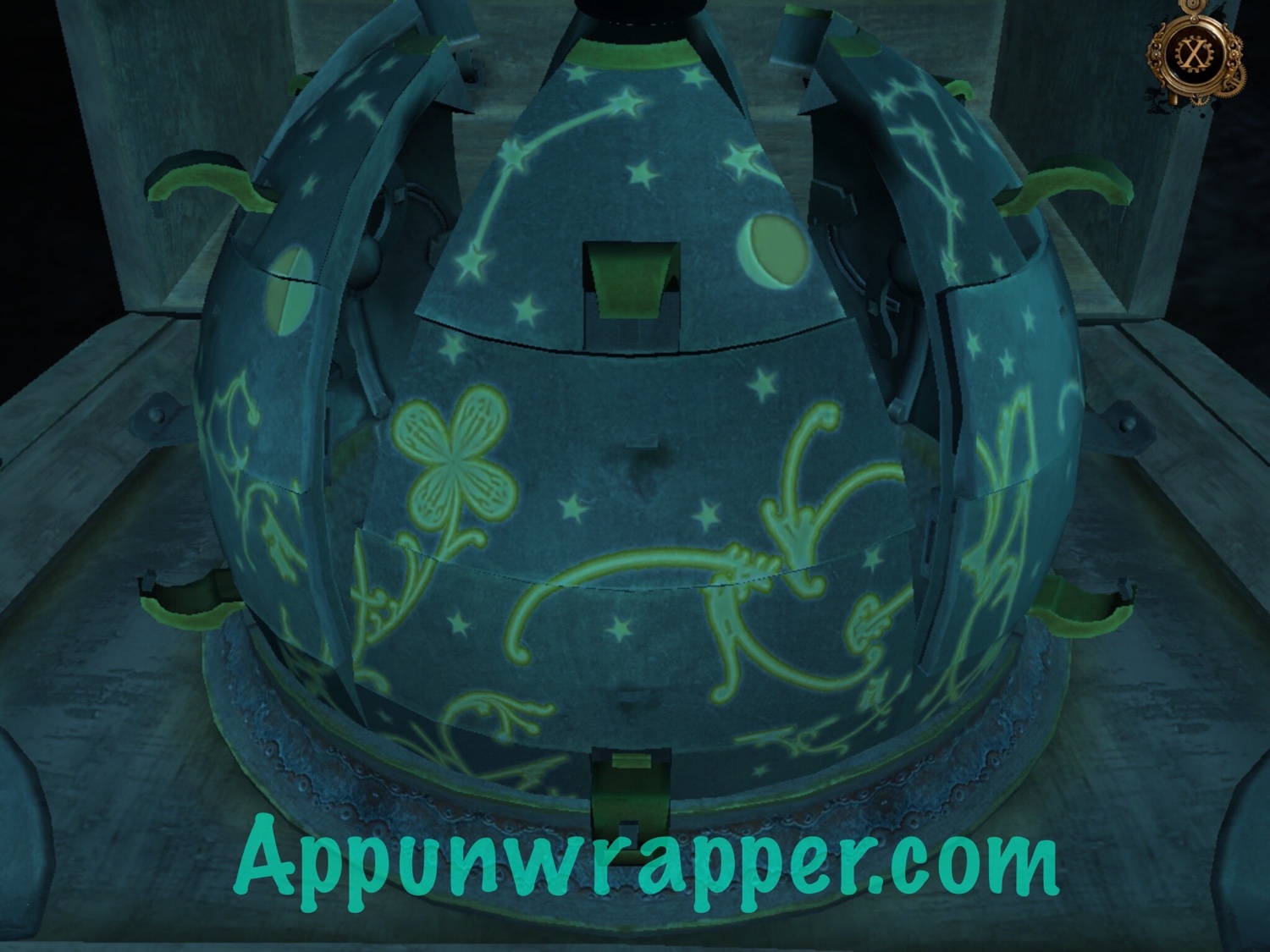 16. Tap the icon to activate the device, which is called the Oculus Perpetua. Follow the tutorial. Double-tap the portal to get closer to it. Then tap and hold the center of the portal until it pulls you into the past.

17. While in the past, go to the lever. It’s not frozen now, so you can pull it to the right. The gargoyle will stop spitting water, and the bridge will then be fixed in the future. 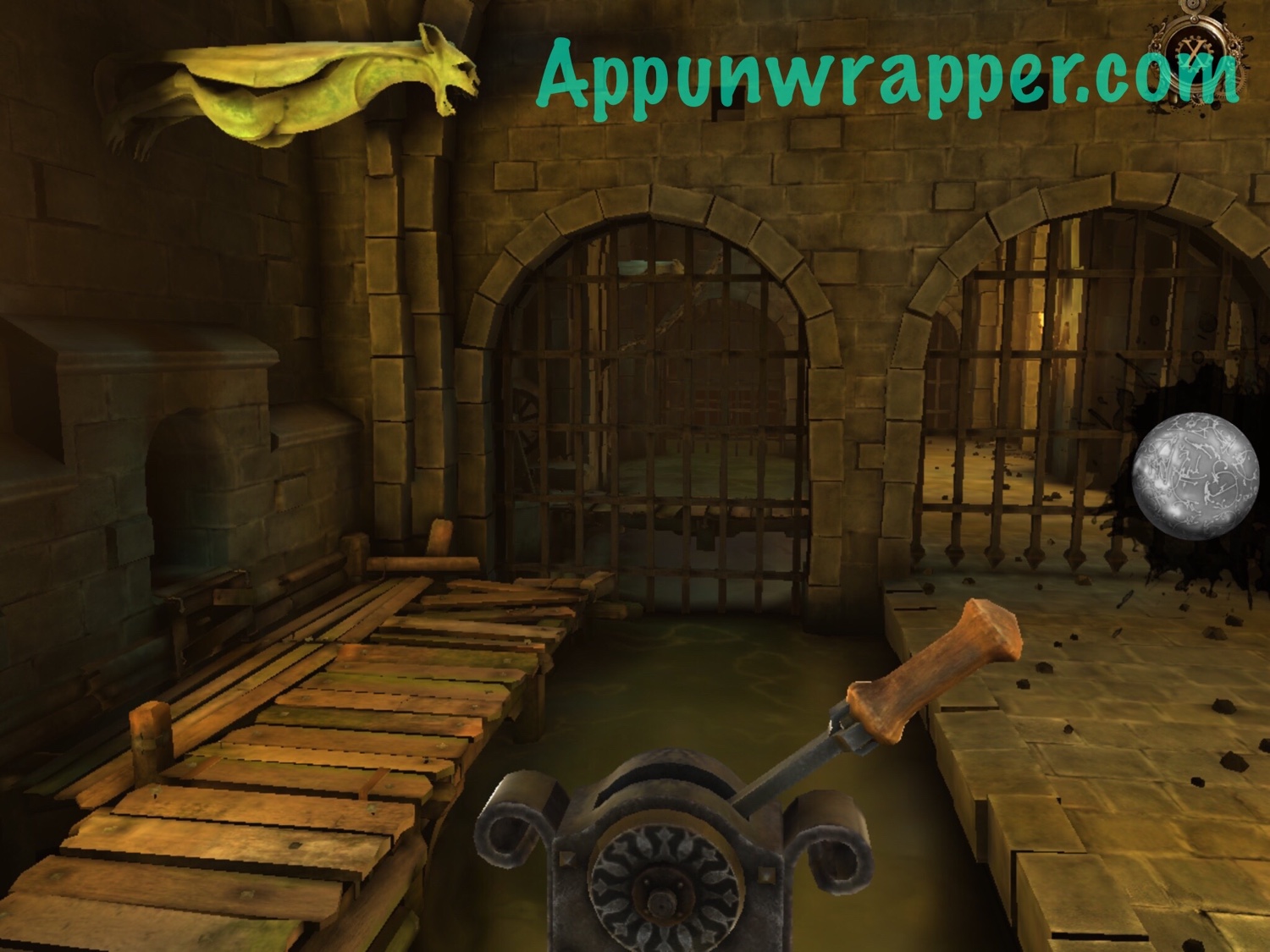 18. Go back to the future/present. Now you can cross the bridge under the gargoyle. Find the stone head and pick it up. 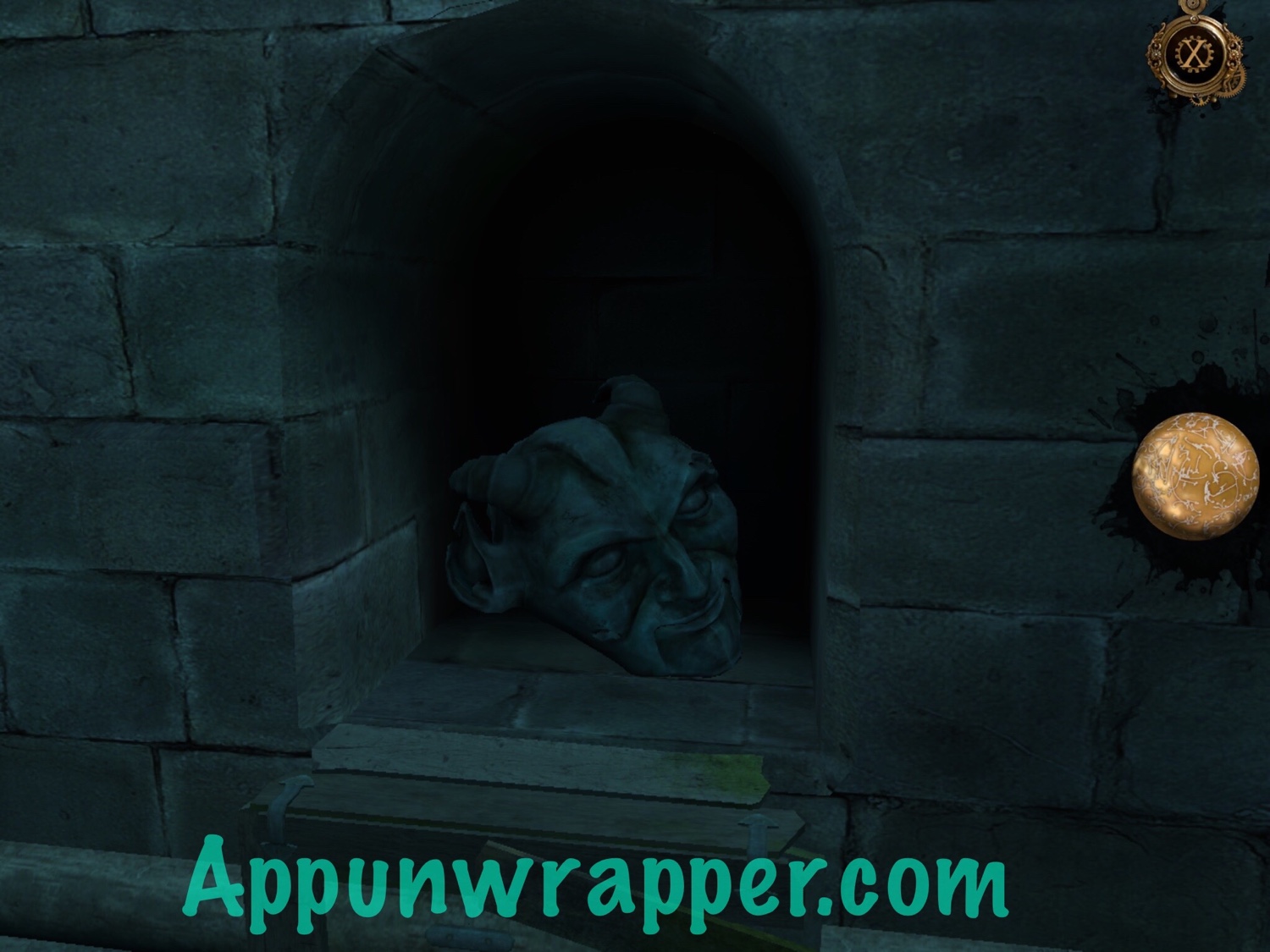 19. Go back a bit the way you came in and find a hole in the wall to the left. Insert the stone head in the slot. Pull down its mouth to open a secret door to a hidden area. 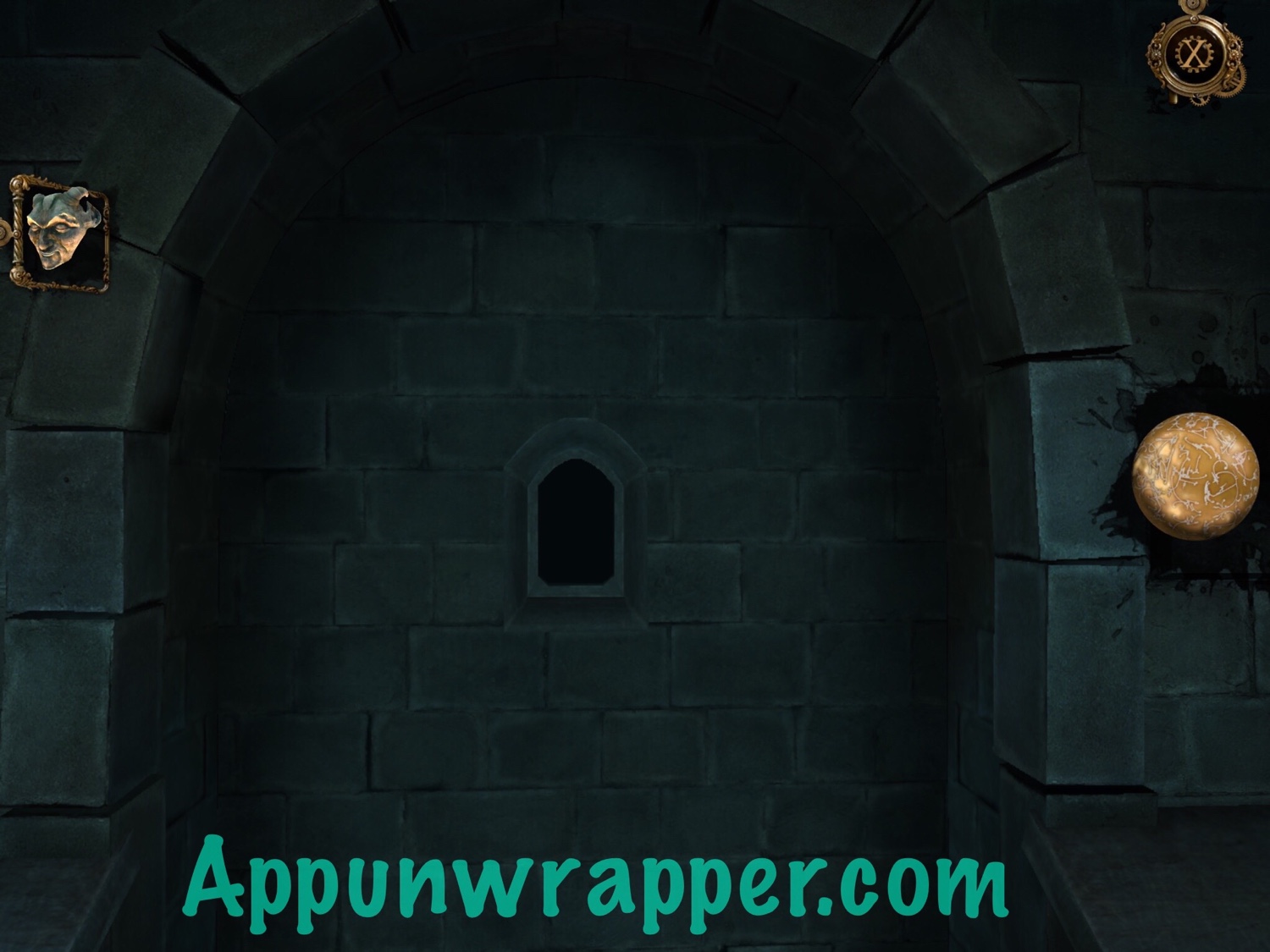 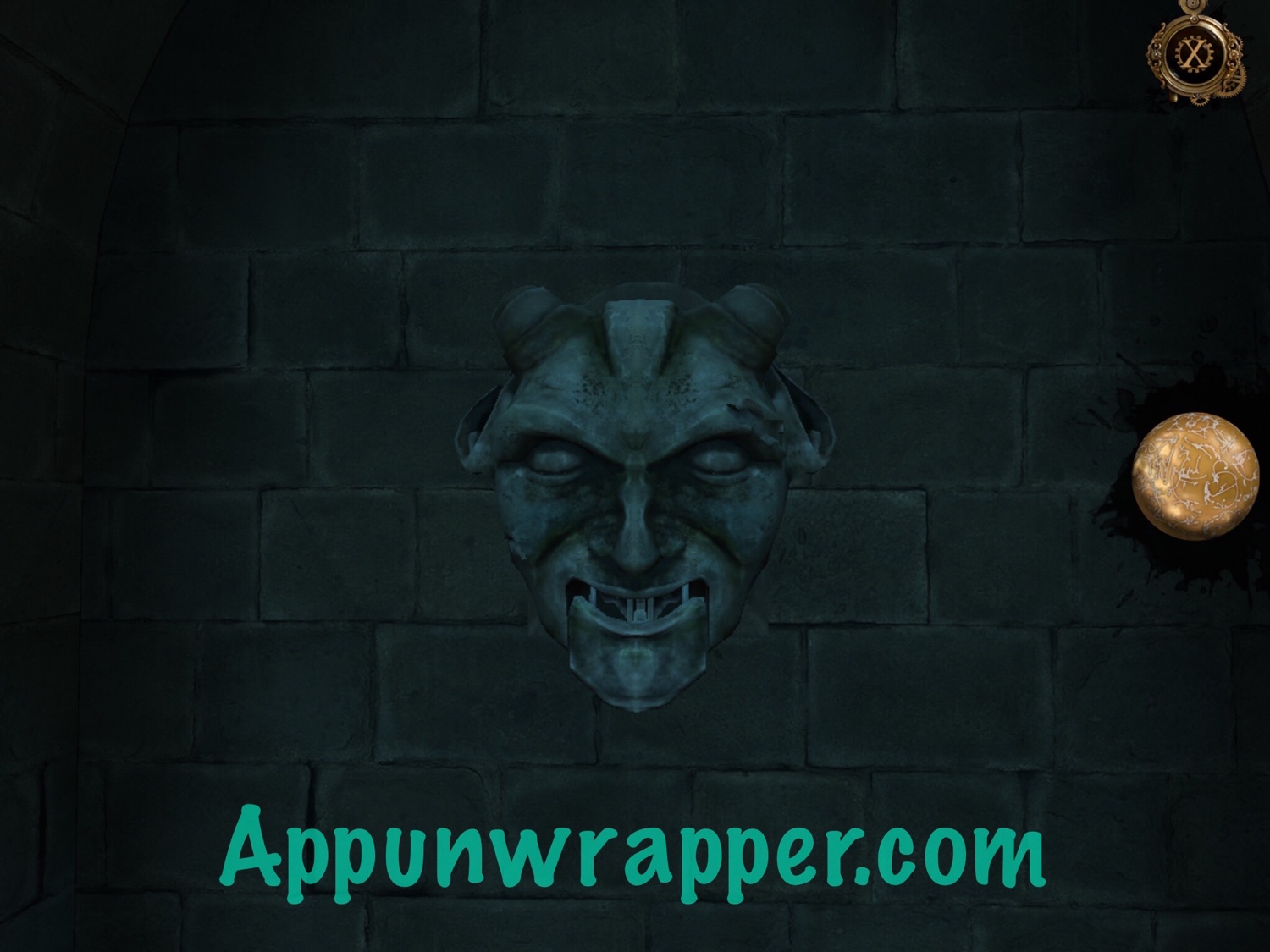 20. Continue along the path and up the stairs to another gate. Pull the lever to open the door and go through.

21. You’re out on the street. Someone opens a door for you. Head through to meet your benefactor. He’ll give you a notebook that will be used to record some clues and also double as your journal. When he’s done talking, head through the doorway he’s pointing at to complete Chapter 1.

And that’s the end of Chapter 1! Click here to continue to Chapter 2 or choose a chapter below.