You can watch my video for Chapter 3 here or continue below for my step-by-step guide.

1. Da Vinci gives you the task of figuring out what’s in the box that the duke dropped off. Look at your new journal entry before starting. Pretty much everything in the room besides the box is a prop, so just go fix on the box itself. You don’t have use of for Oculus here. It’s more of a puzzle box.

2. First, find this spot on the box, pull the slider up and then take the serrated band. It also triggers some other things. 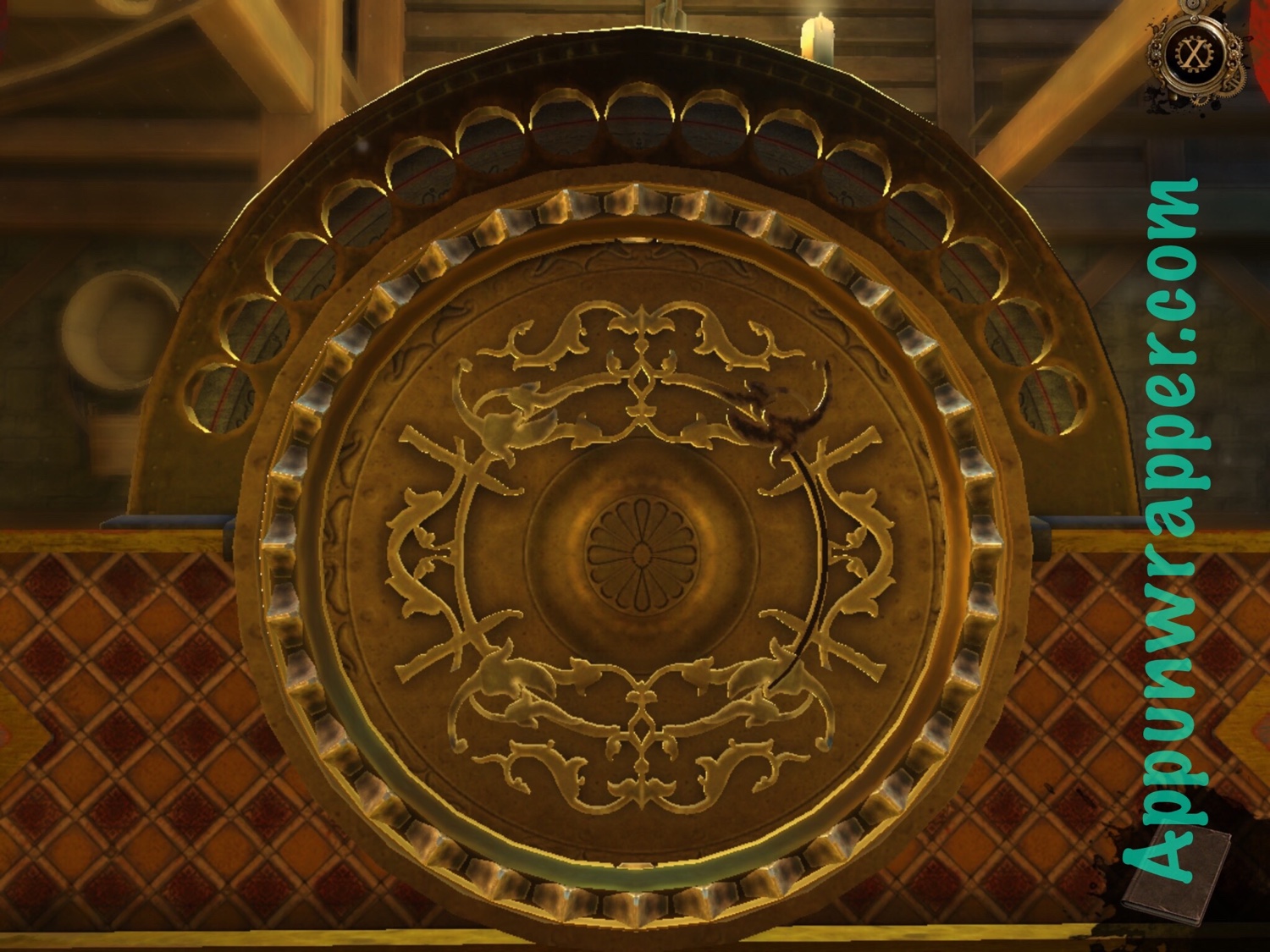 3. Find the two slots that just opened and grab the head with a screw and folded phoenix head. 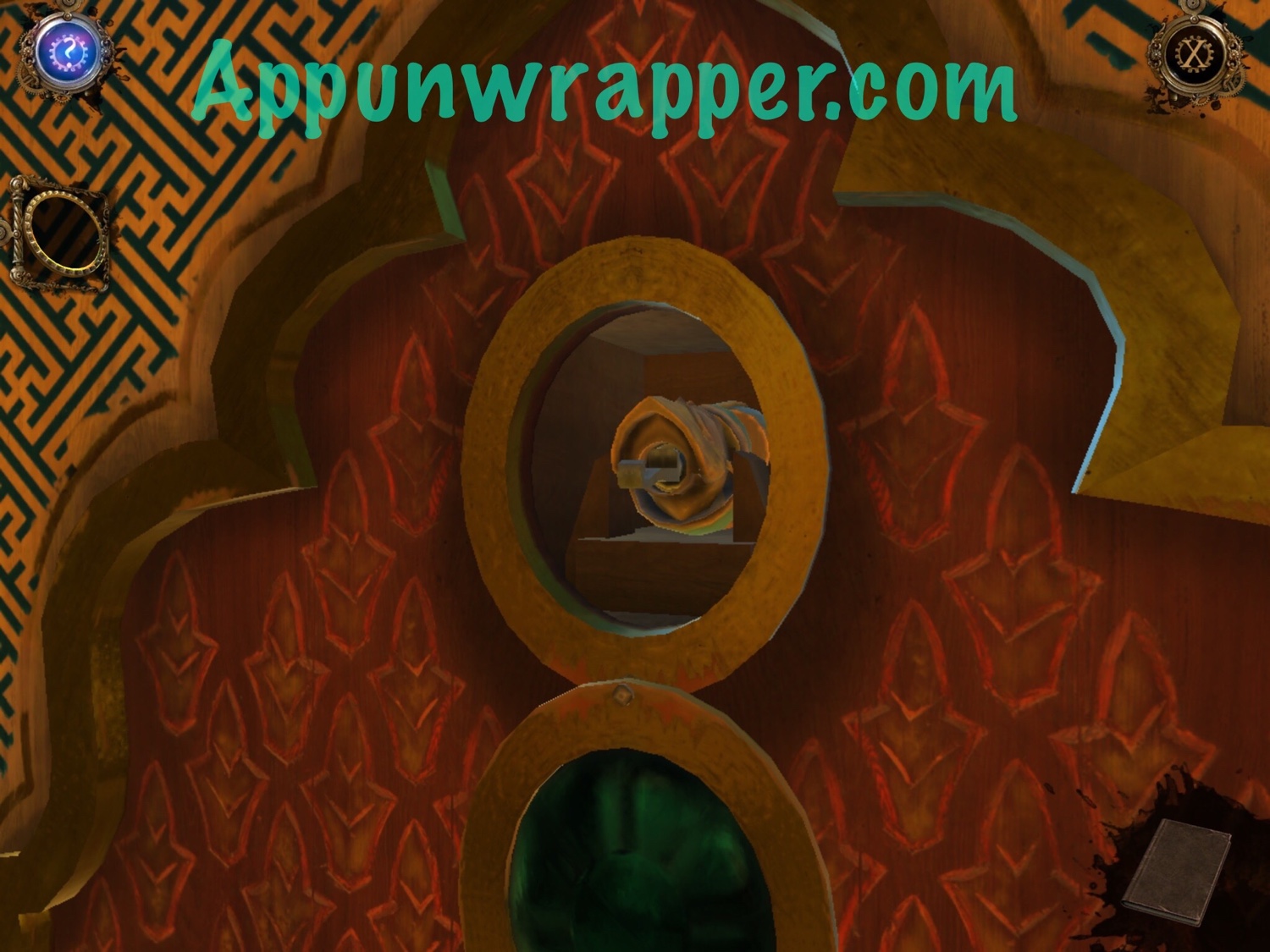 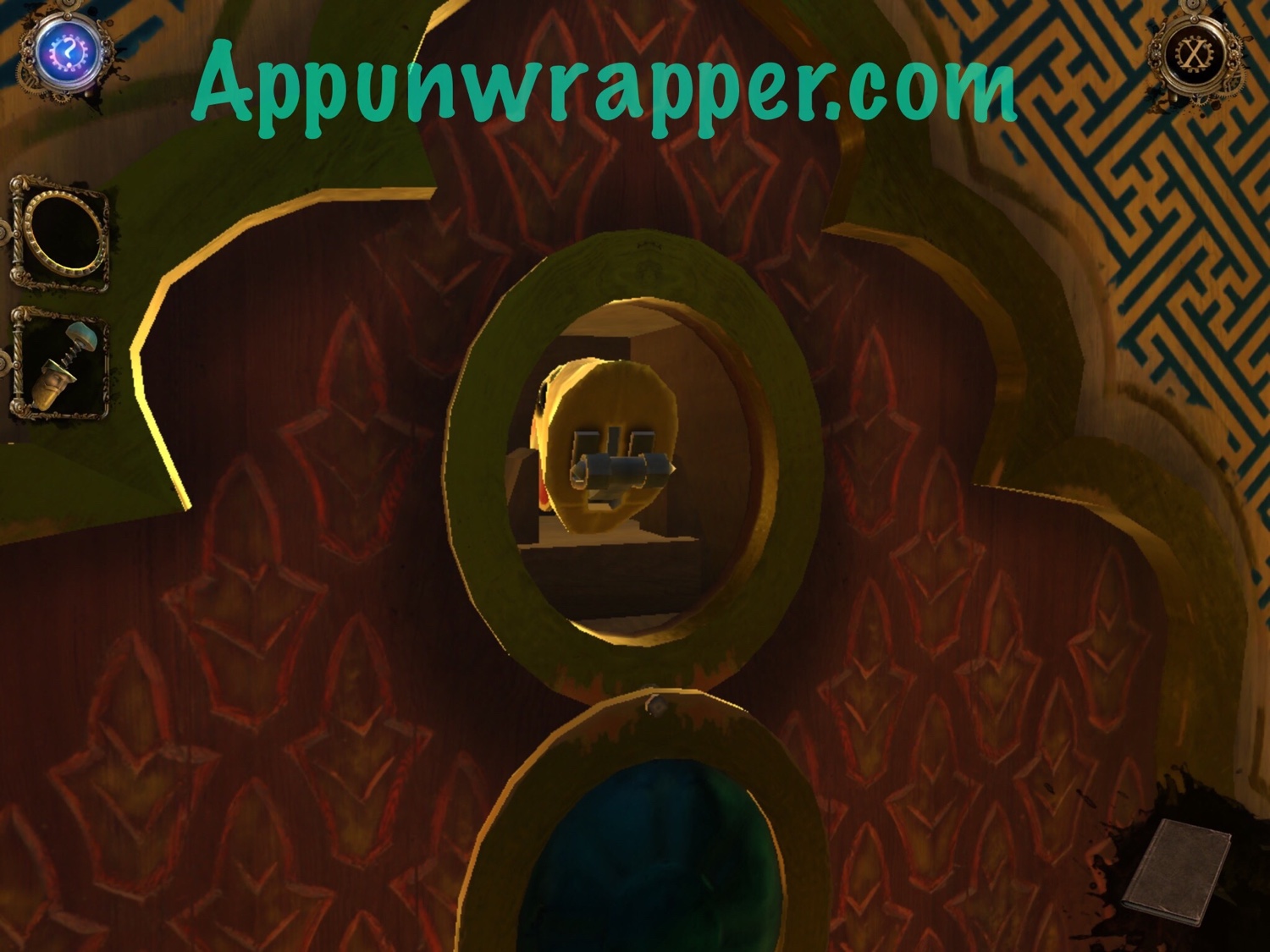 5. Open the folded phoenix head and rotate the red disc until it turns into a phoenix head.

6. Find the side that looks like a clock and place the serrated band over it. It will open up, revealing four colored hands with hieroglyphs on them. Move the knob at the bottom to a color in order to move that color around. You need to figure out which color goes where and then press the button in the center to see if you’re right. I’m not 100% sure why, but this is the solution that worked. I got the owl from the other birds, and the snake from the other snake-like creature. The top one can sort of be guessed from the curl, maybe? And then the lion would be the only one left by process of elimination. If there’s a clue I missed that’s more helpful, please let me know. 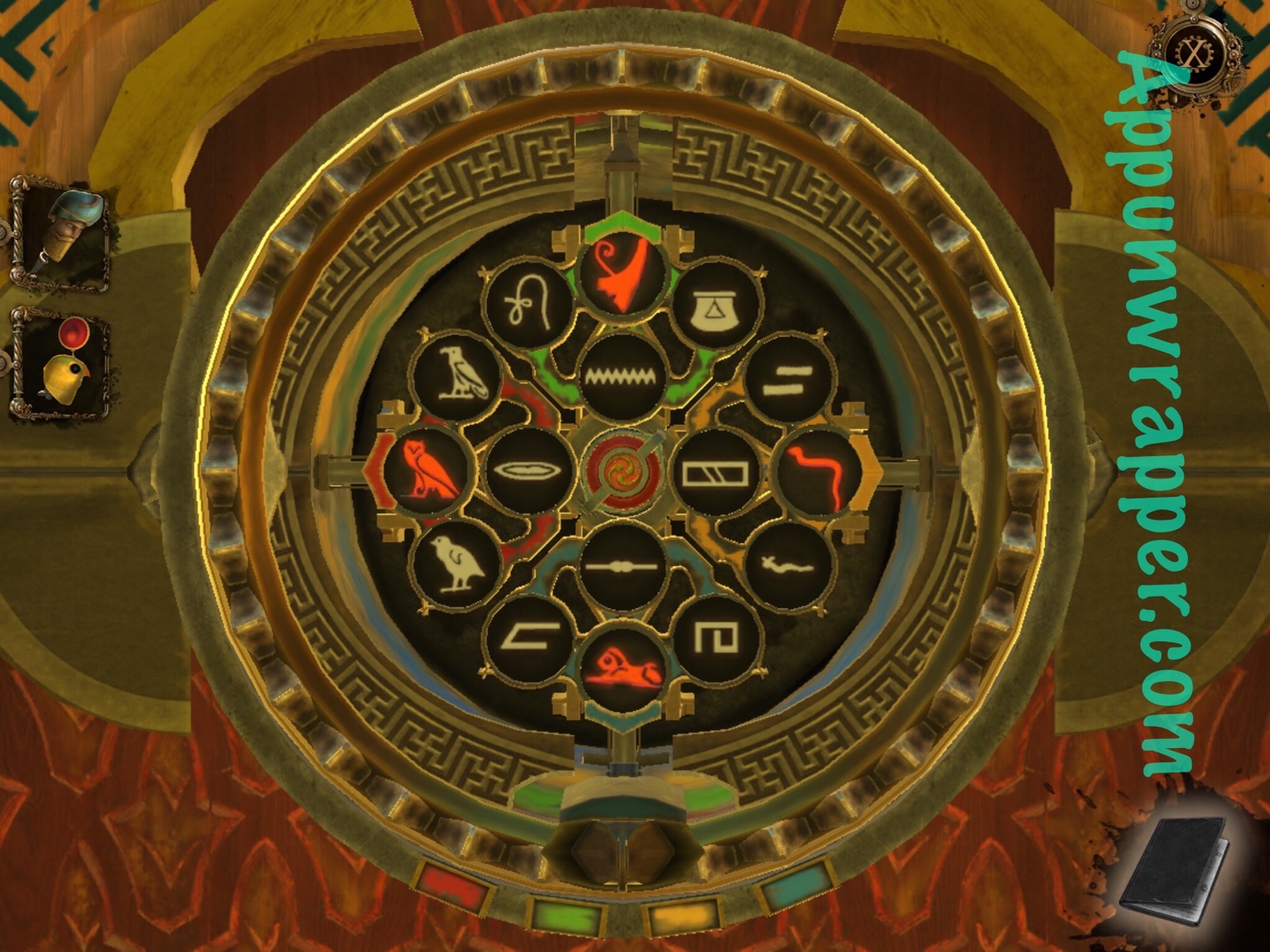 It will be added to your journal as a clue: 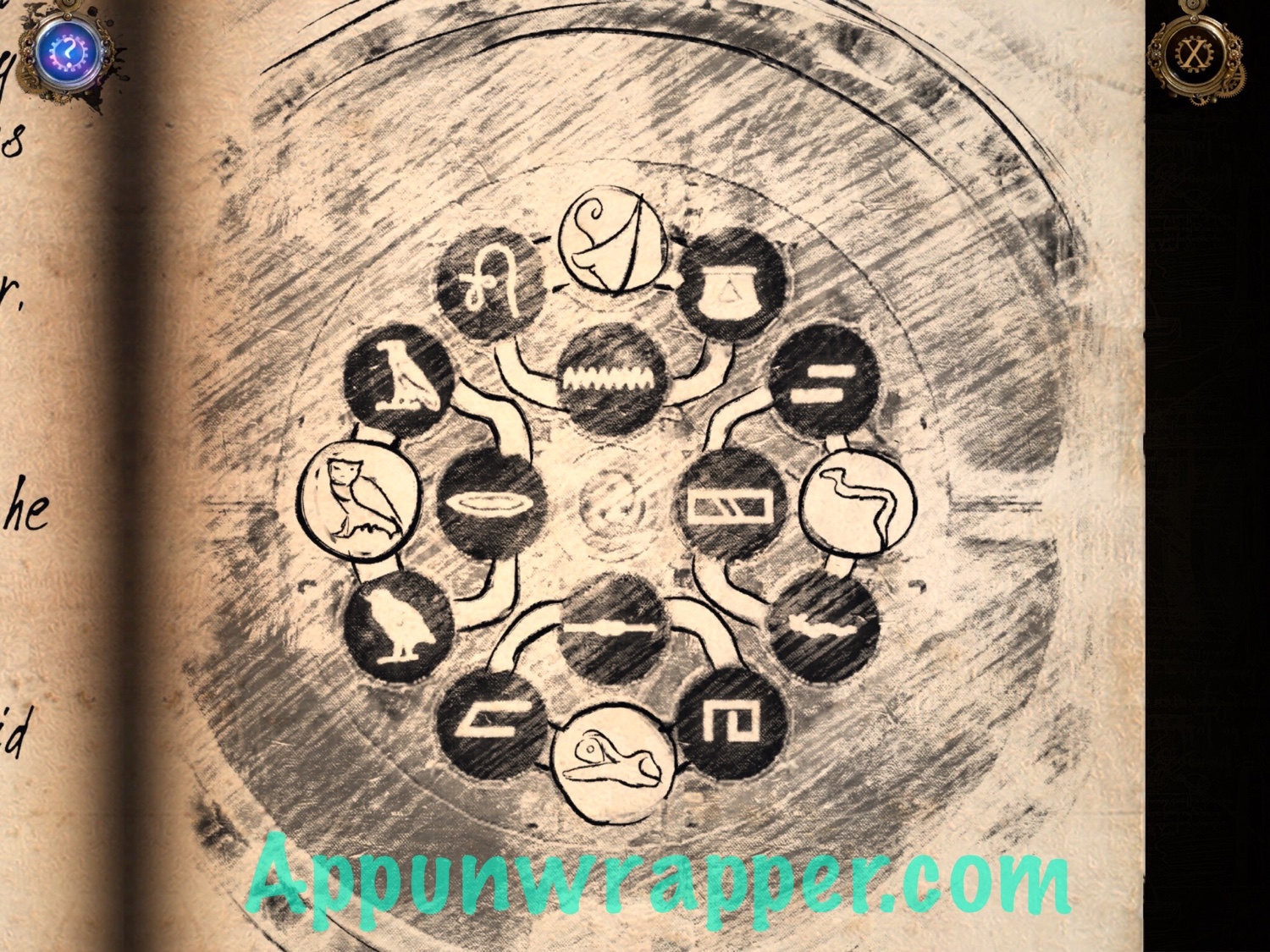 7. Now, notice there’s a phoenix sitting atop of the box. It’s missing its head, so attach it.

8. Now you have a cylinder with four sections. The first three rotate and the fourth one moves on its own when you have the other three in place. You need to use the clue from your notebook for this. Notice that the phoenix’s top layer of wings has an image of an owl on it. So find the owl on the clue in your journal and see which three hieroglyphs surround it. Then rotate the three dials to find those. The last one with move the owl automatically. 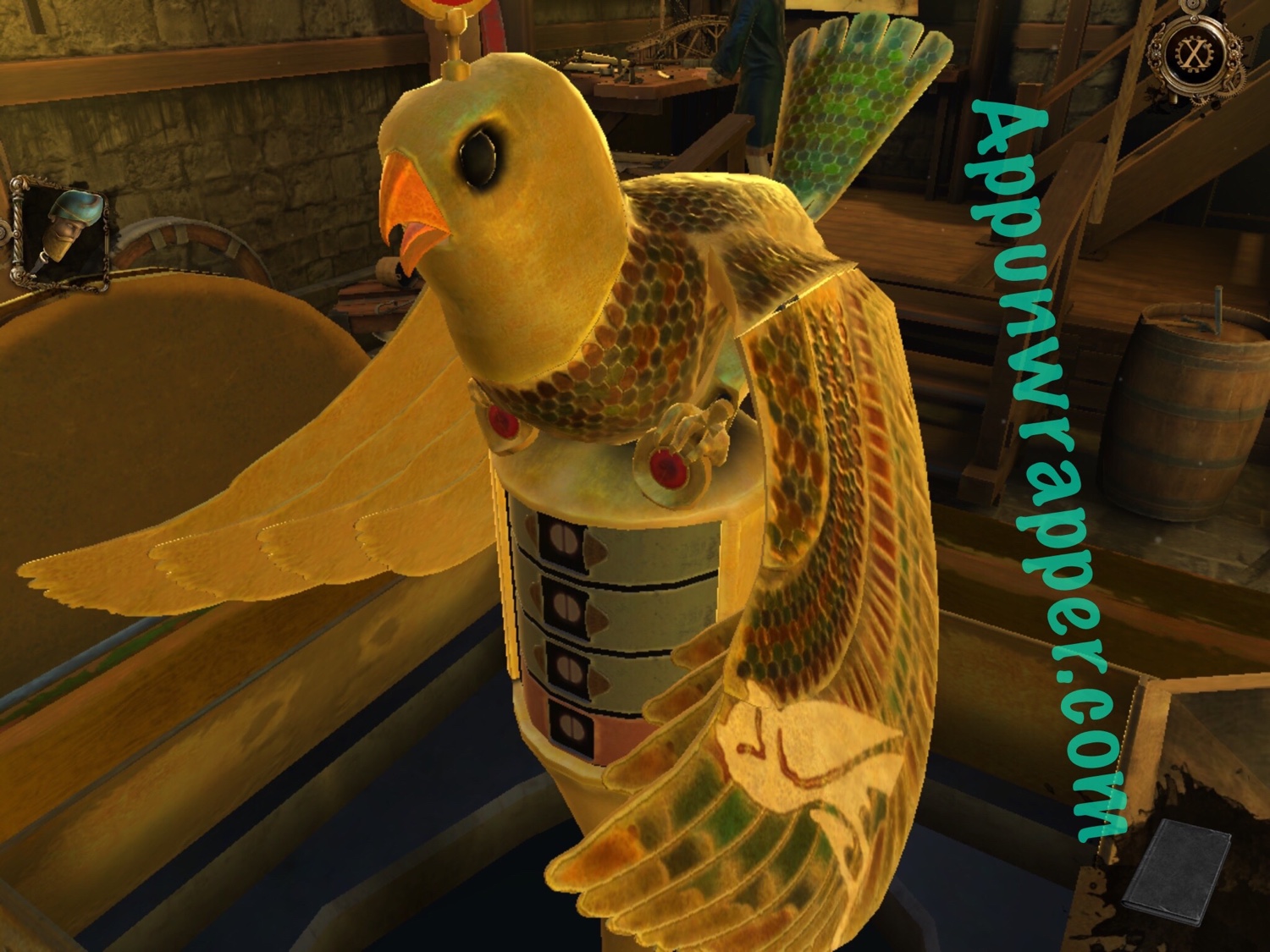 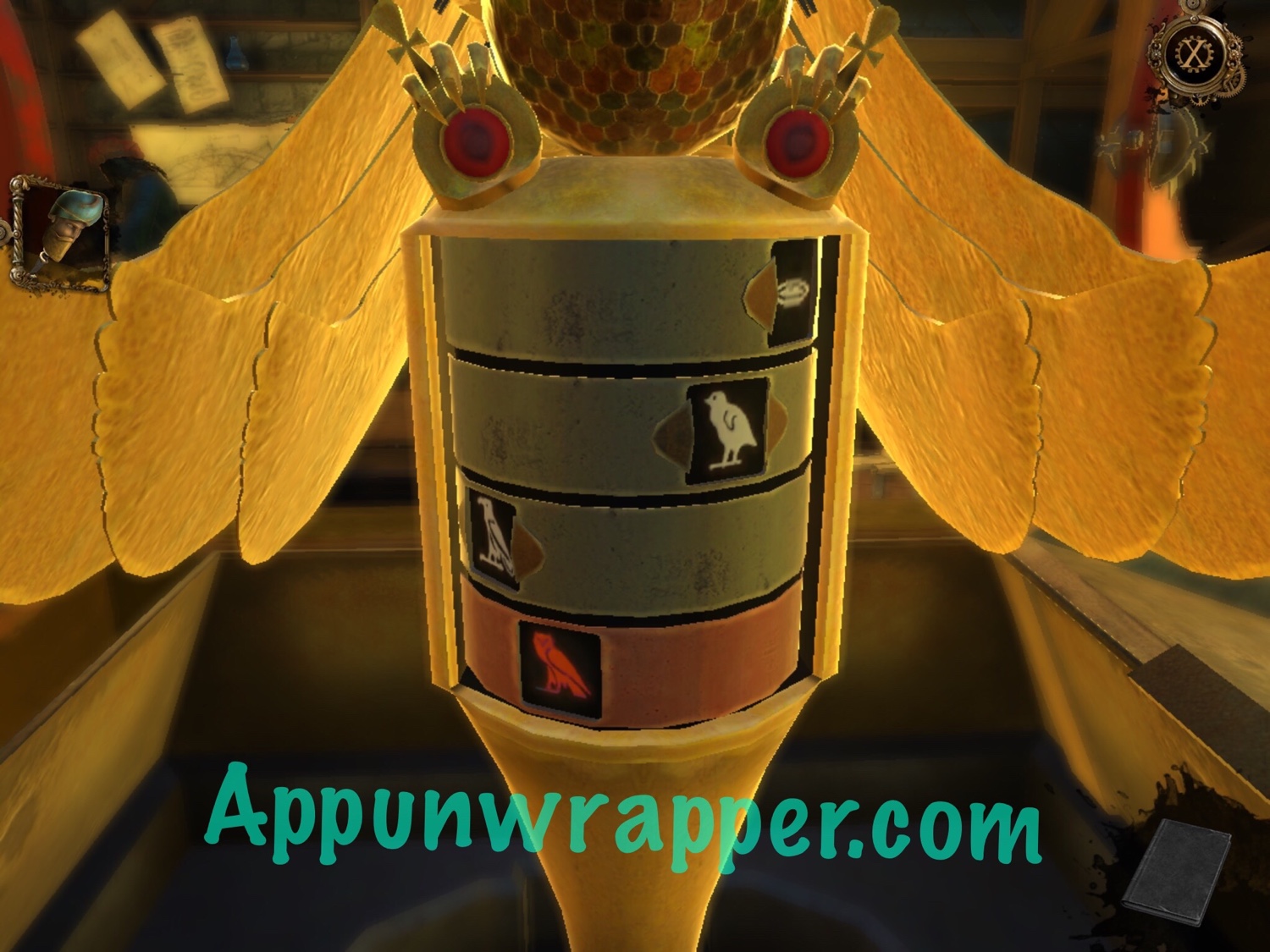 9. Now the next layer of wings is revealed. Do the same for that hieroglyph. 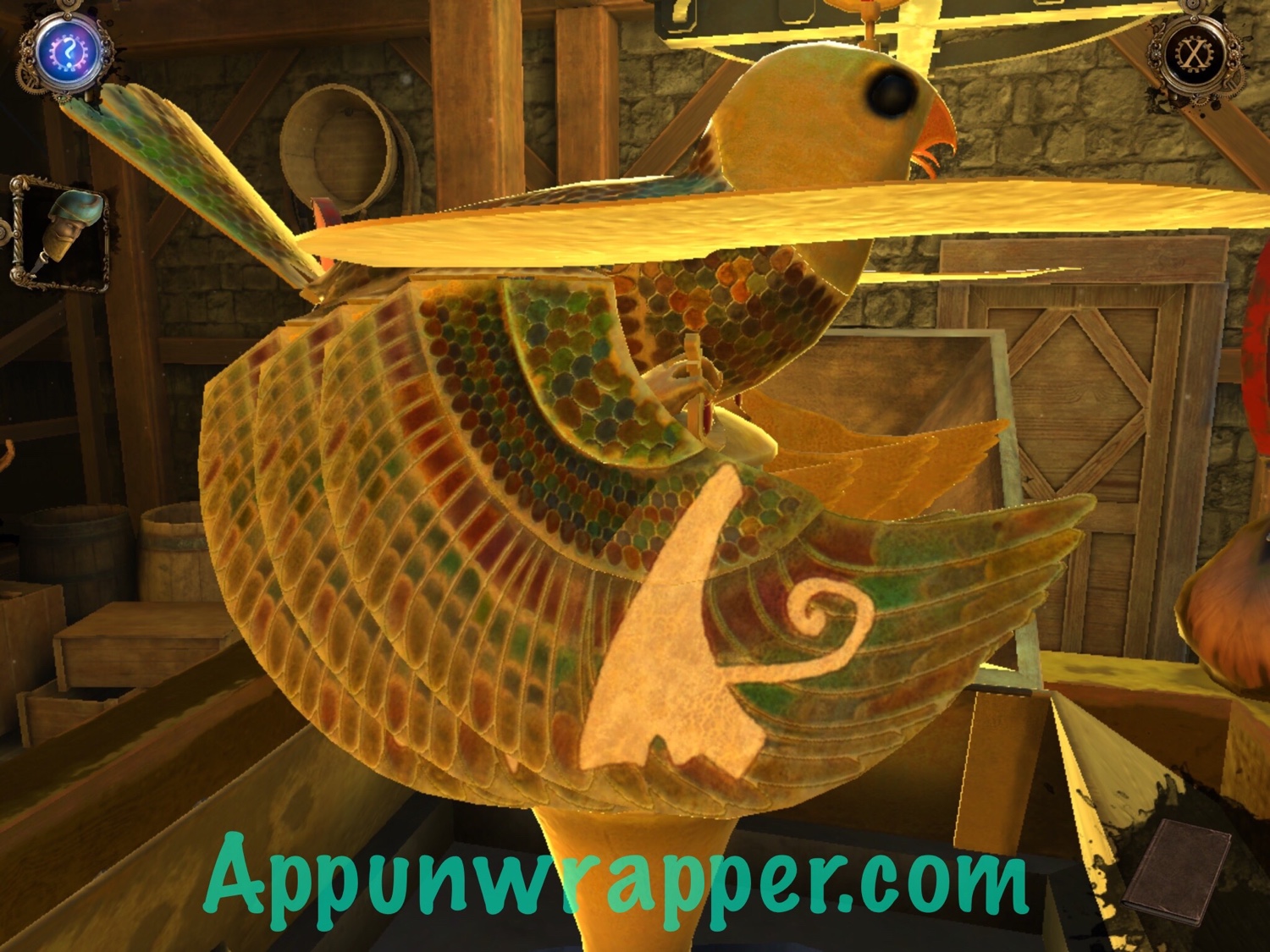 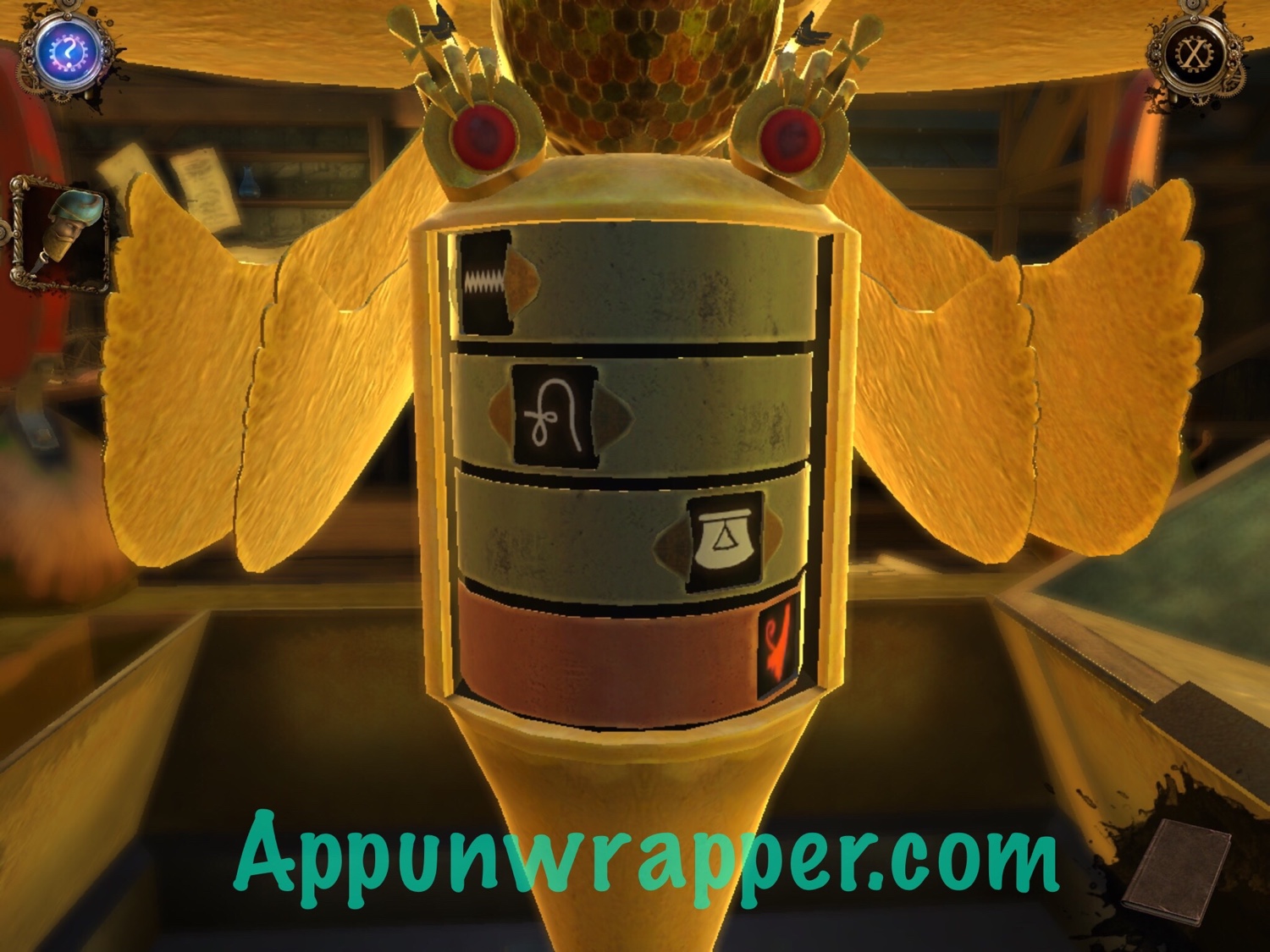 10. Now the next layer of wings is revealed. Do the same for that hieroglyph. 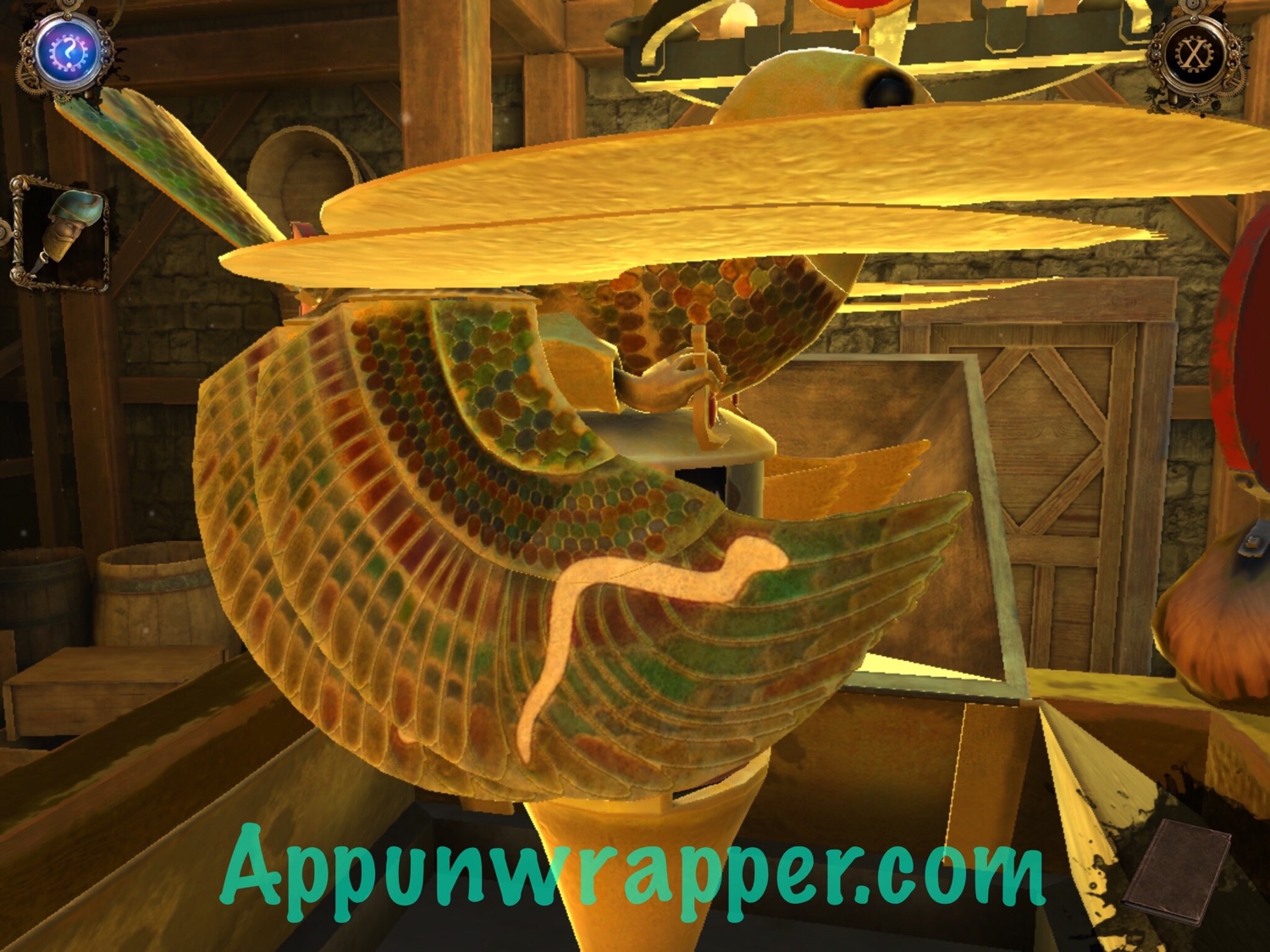 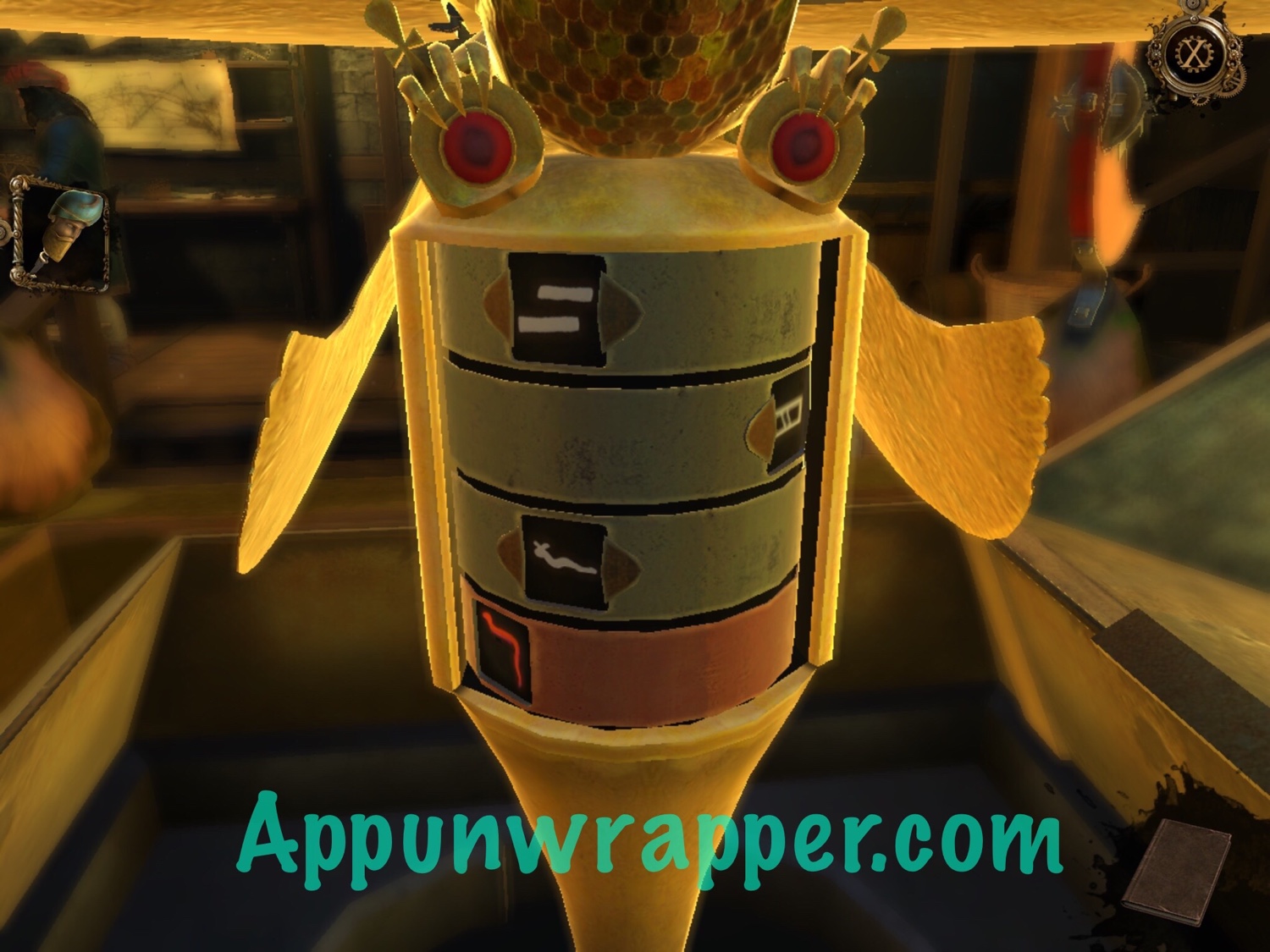 11. Now the last layer of wings is revealed. Do the same for that hieroglyph. 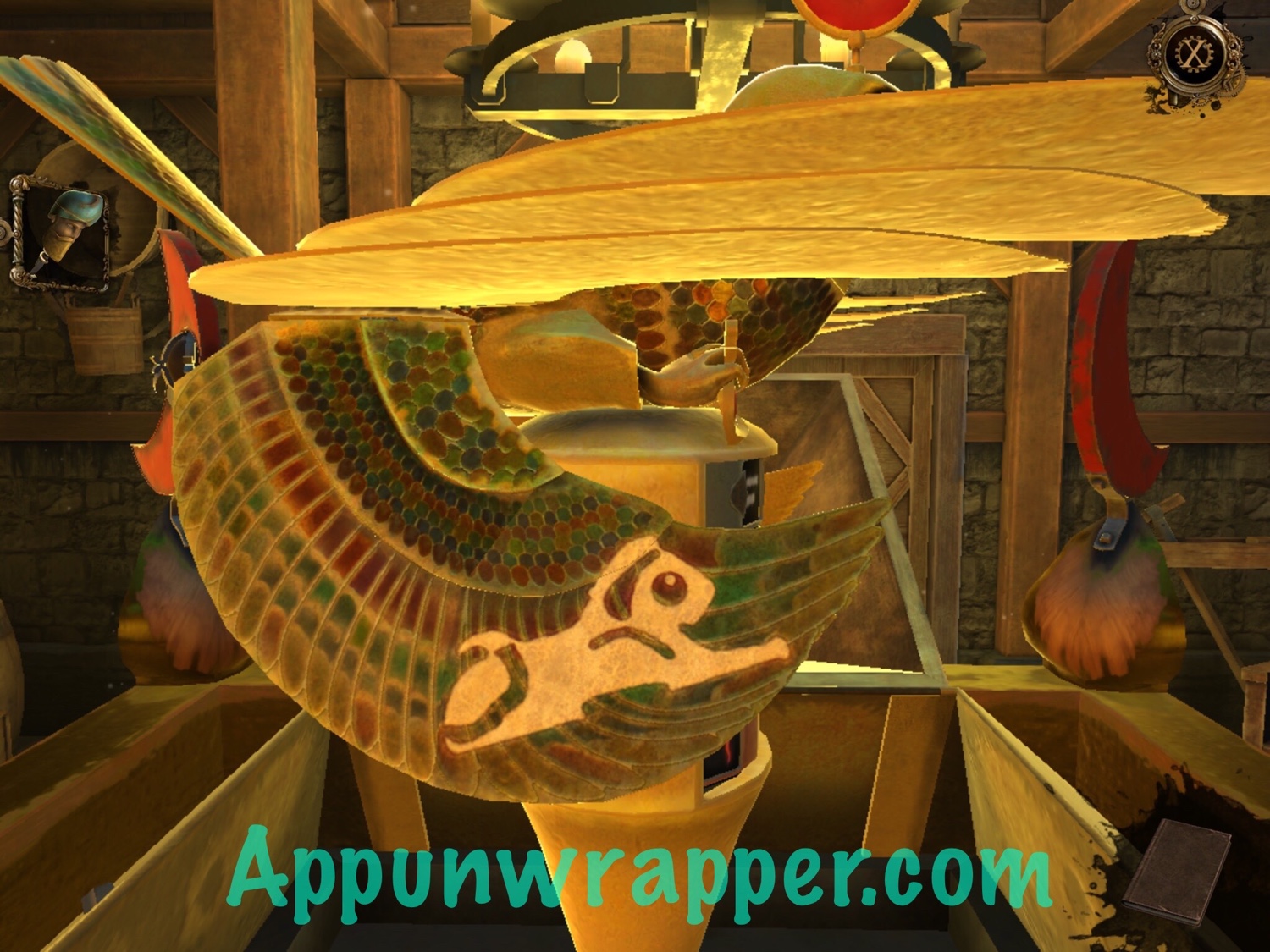 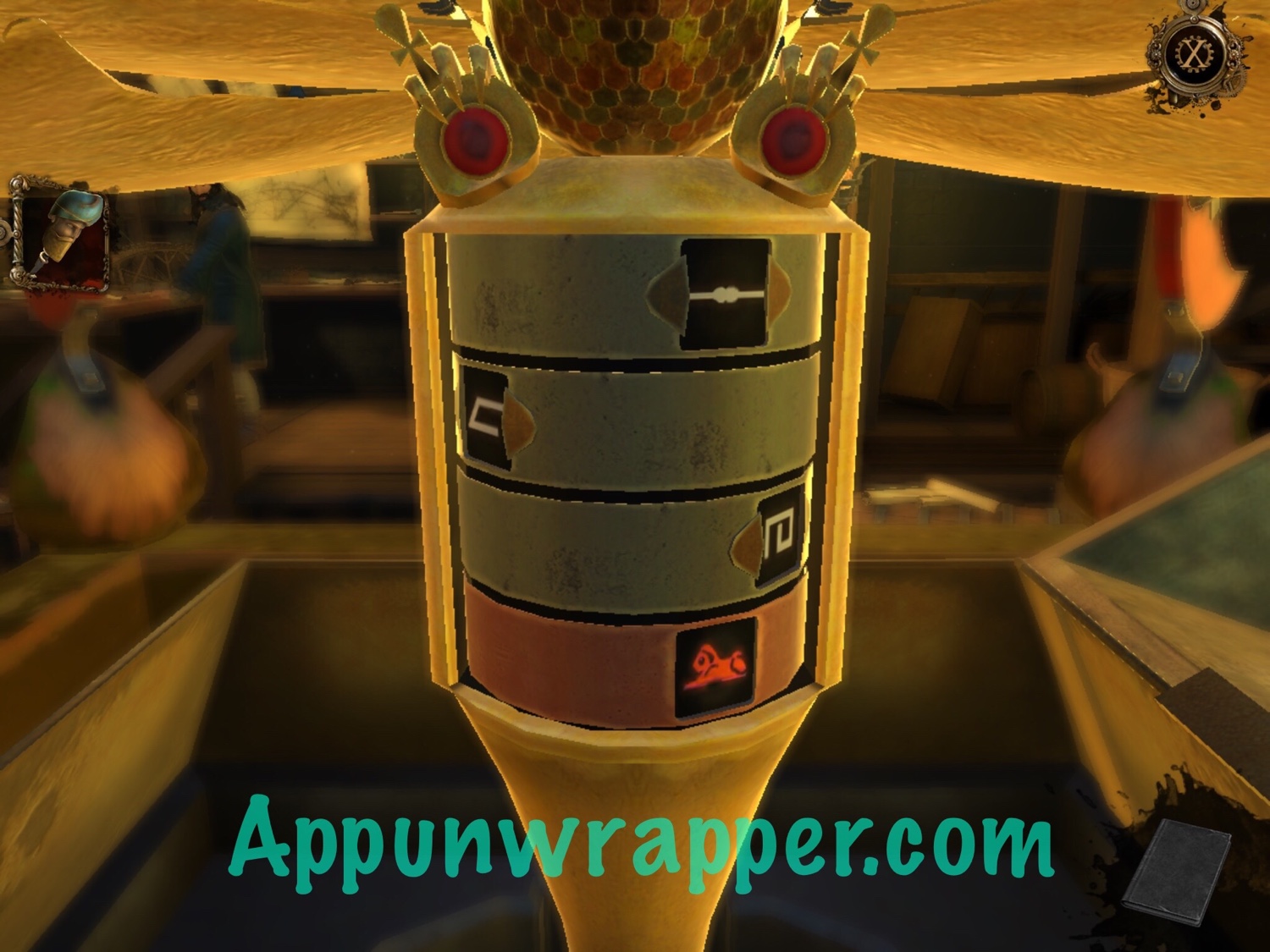 12. Now another side opens up, revealing a headless figure of a man. Add the head and assemble him. Take the moon key from in front of him. 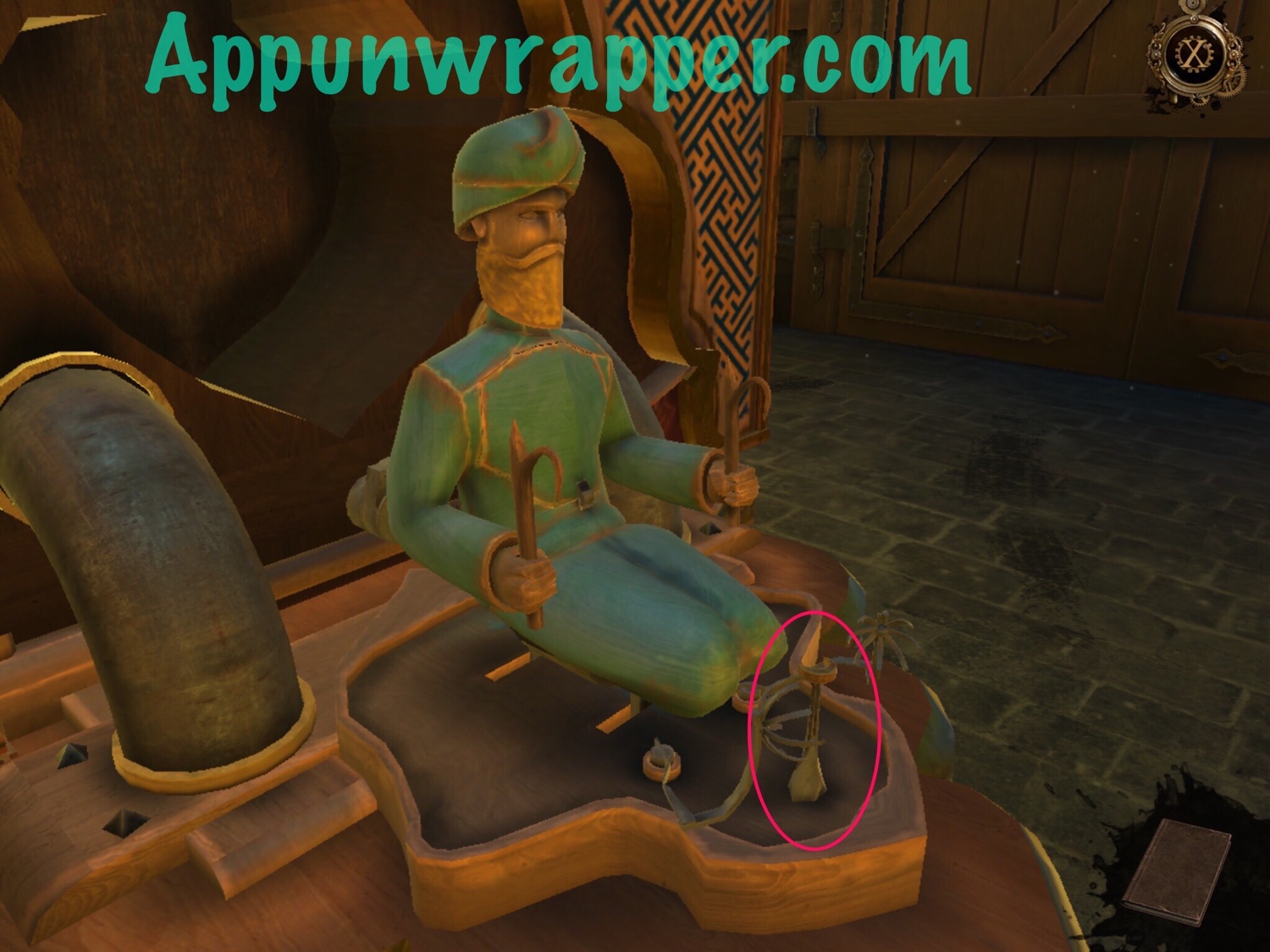 13. Find the moon on the top of the box that has a key hole. Insert the key and turn it to open up a new compartment. Take the sphere form inside. 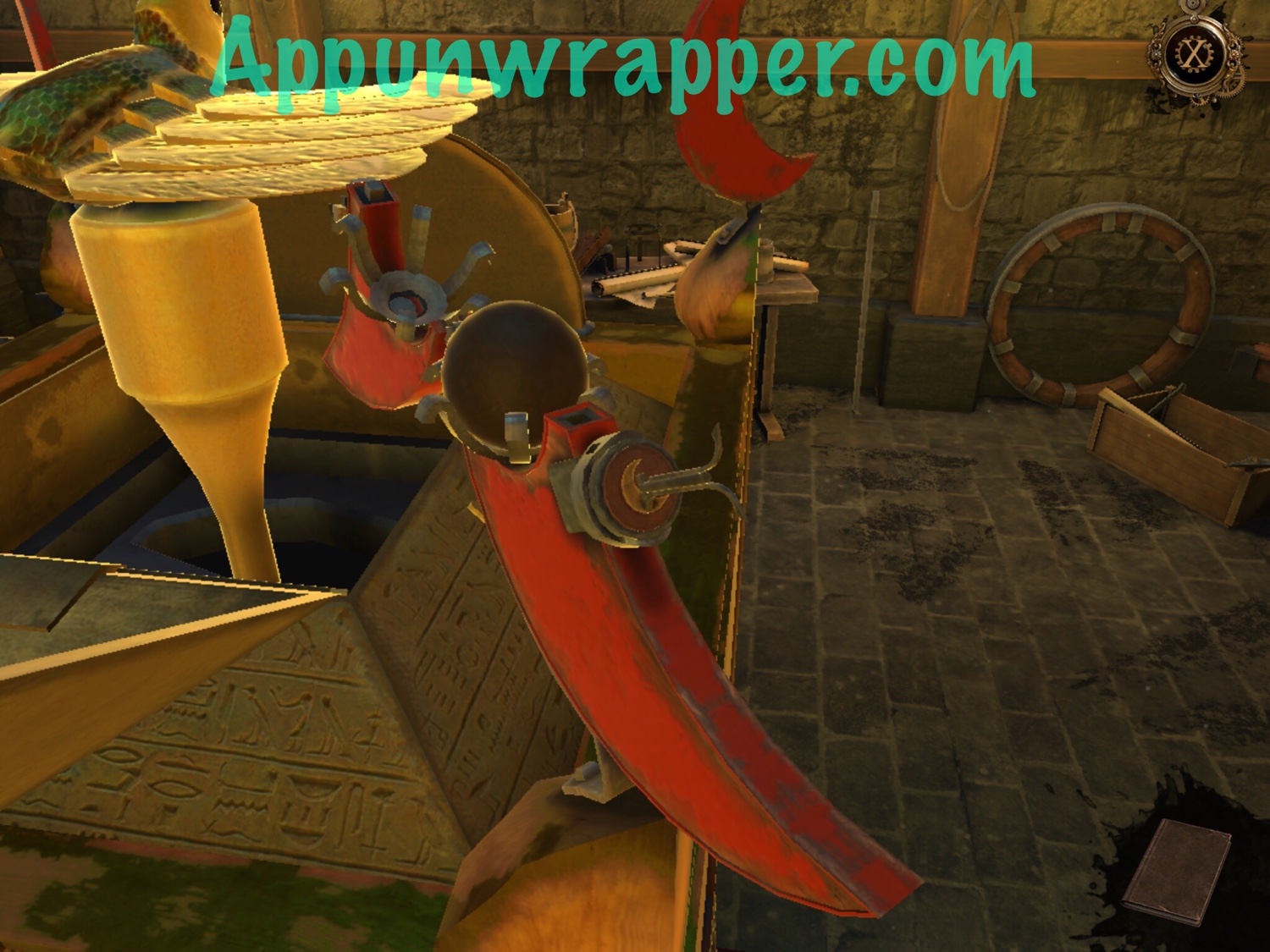 14. Find the tube and drop the sphere down to open up more of the box. 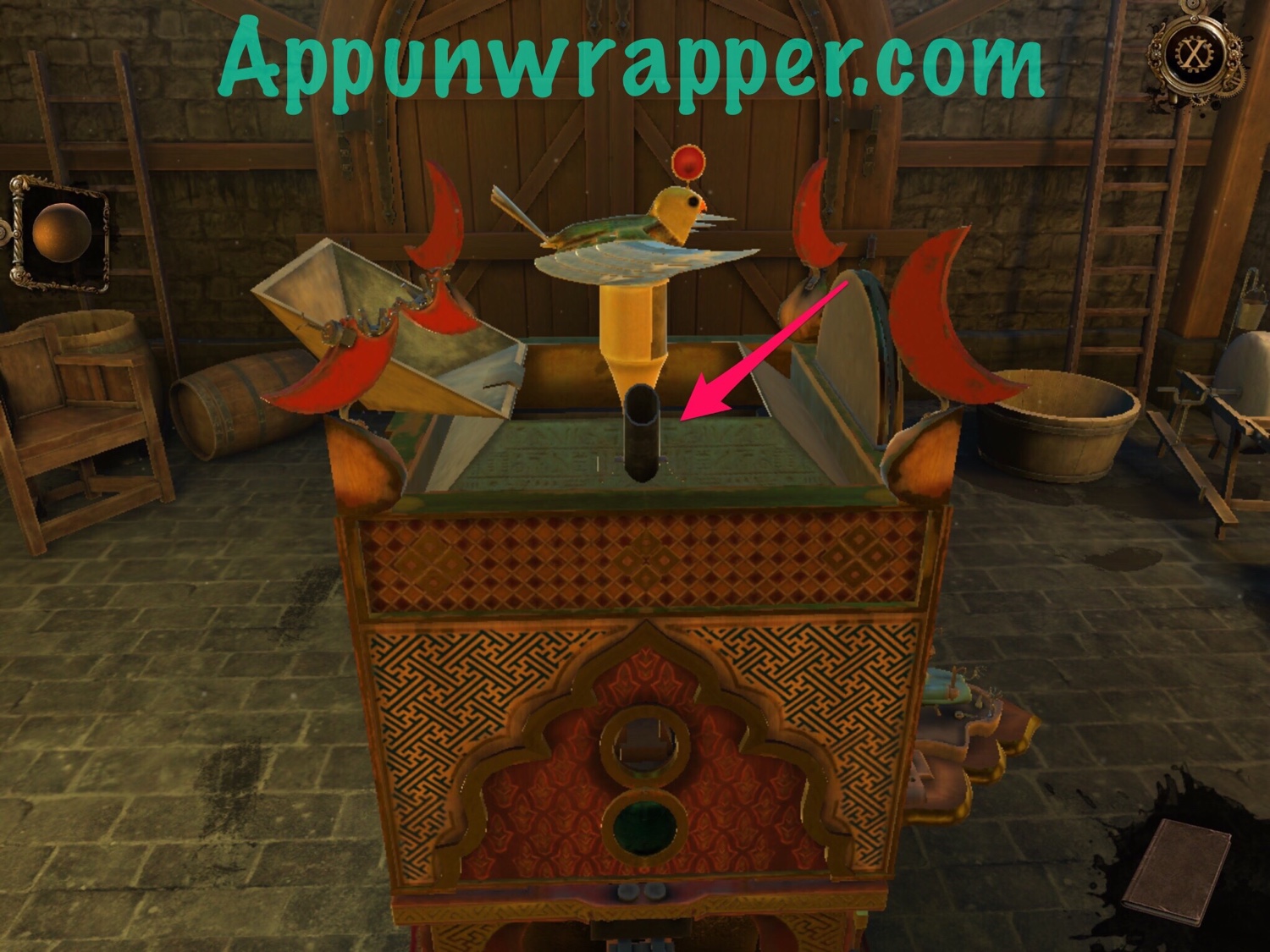 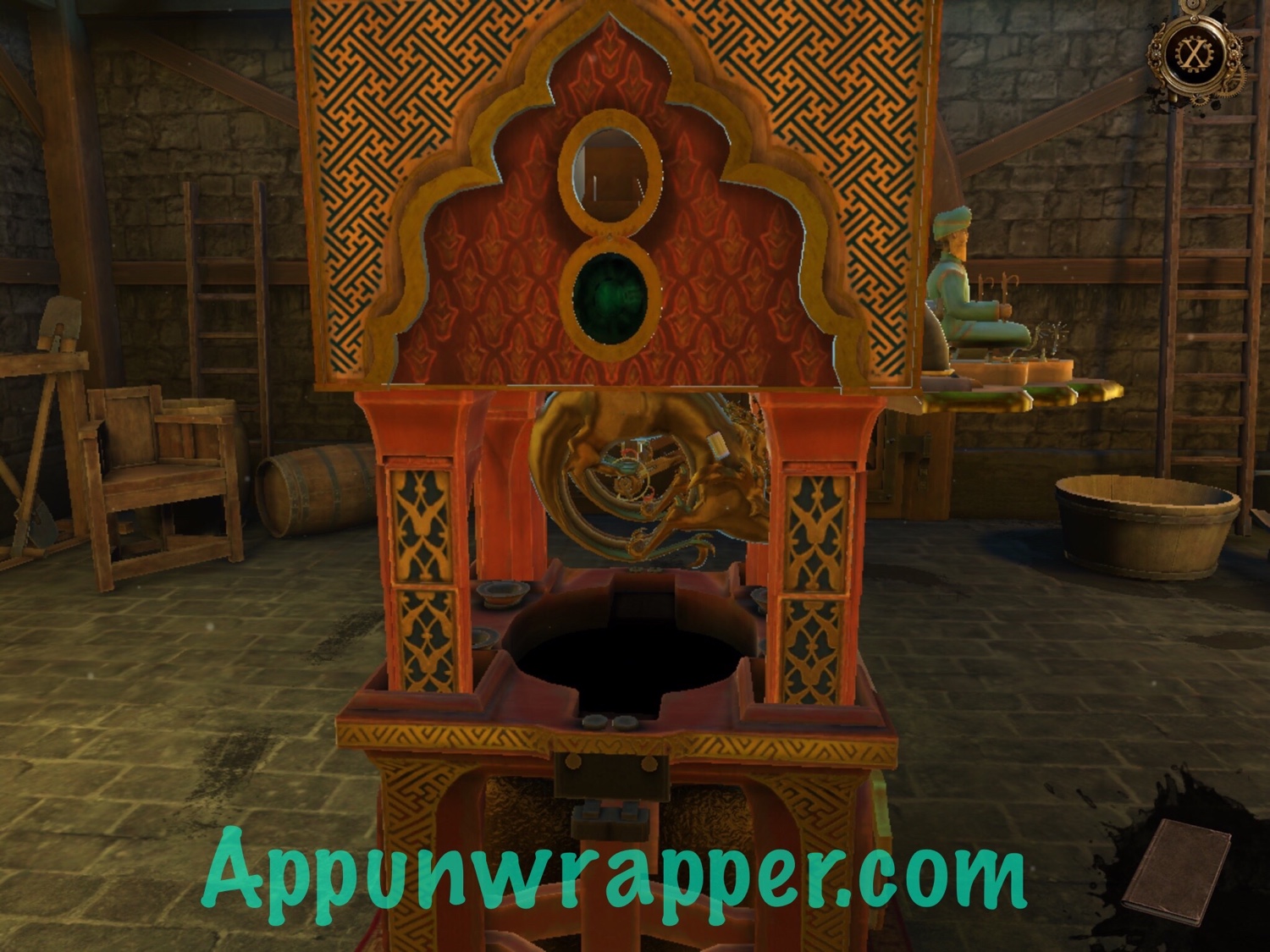 15. Move the two dragon heads into place to open up some more compartments. 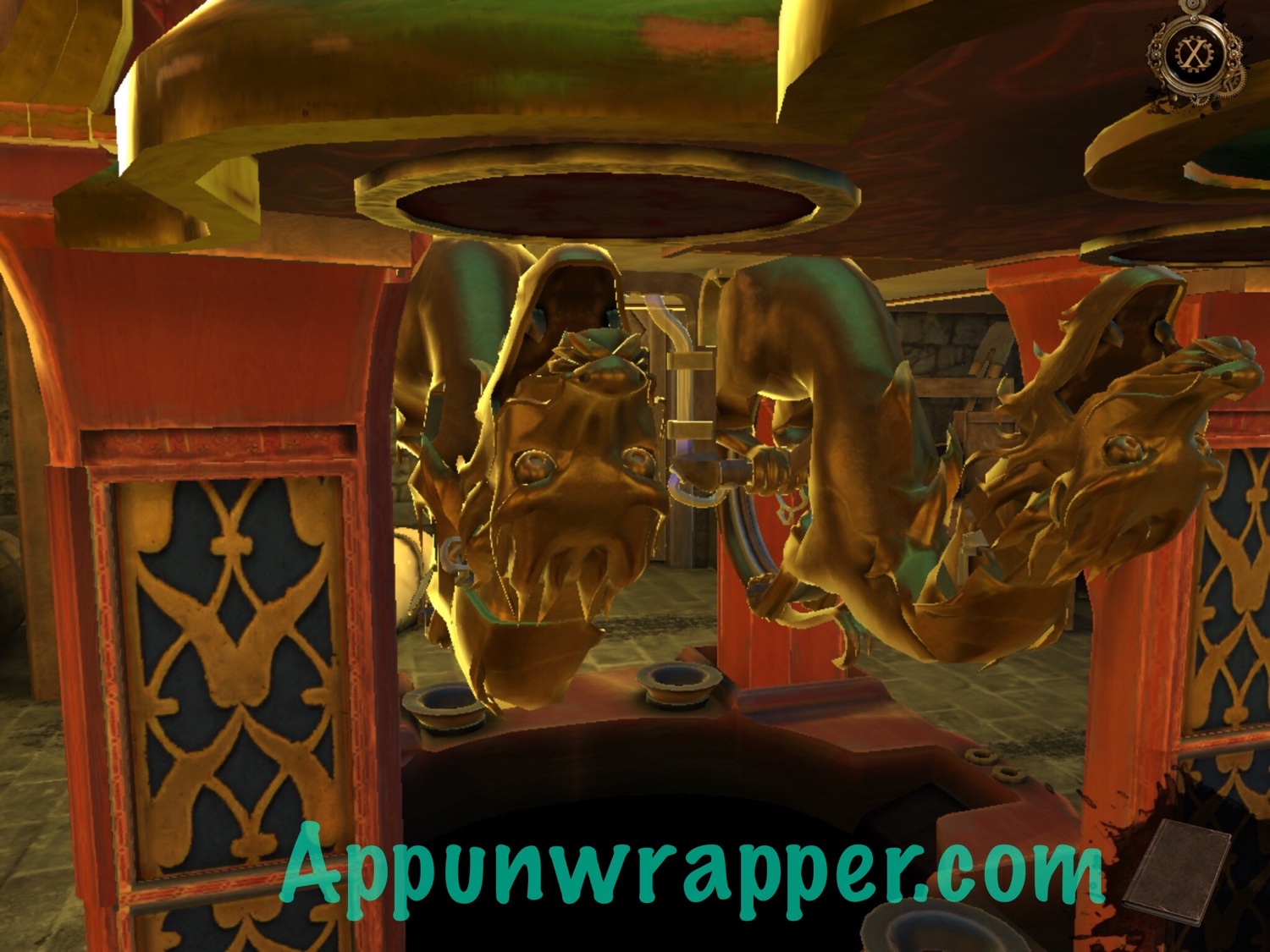 16. Grab the vial with unknown liquid. 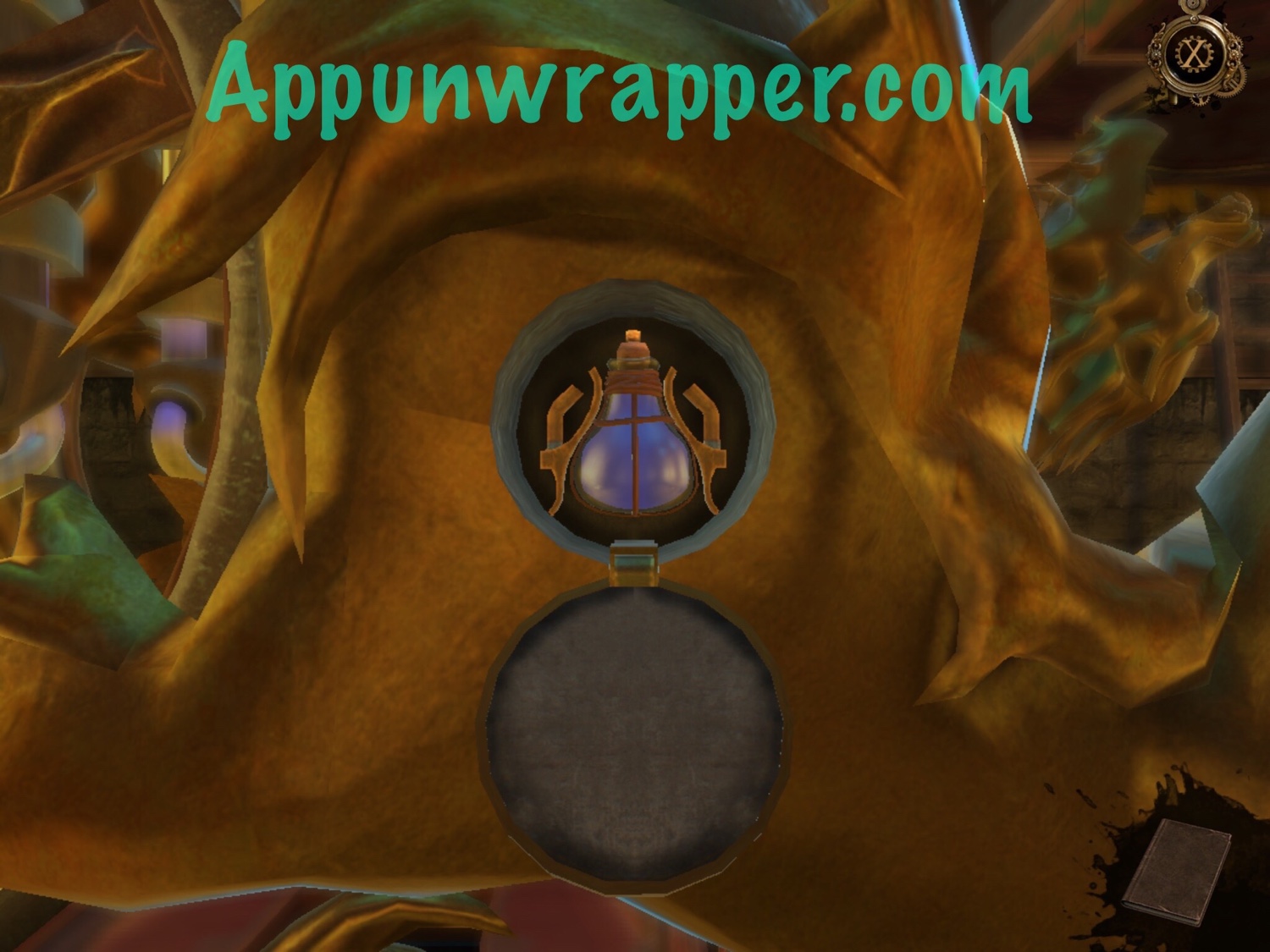 17. Turn to the other dragon and insert the vial in the slot. Move the pieces into place as shown below and the liquid will drain into three other vials. 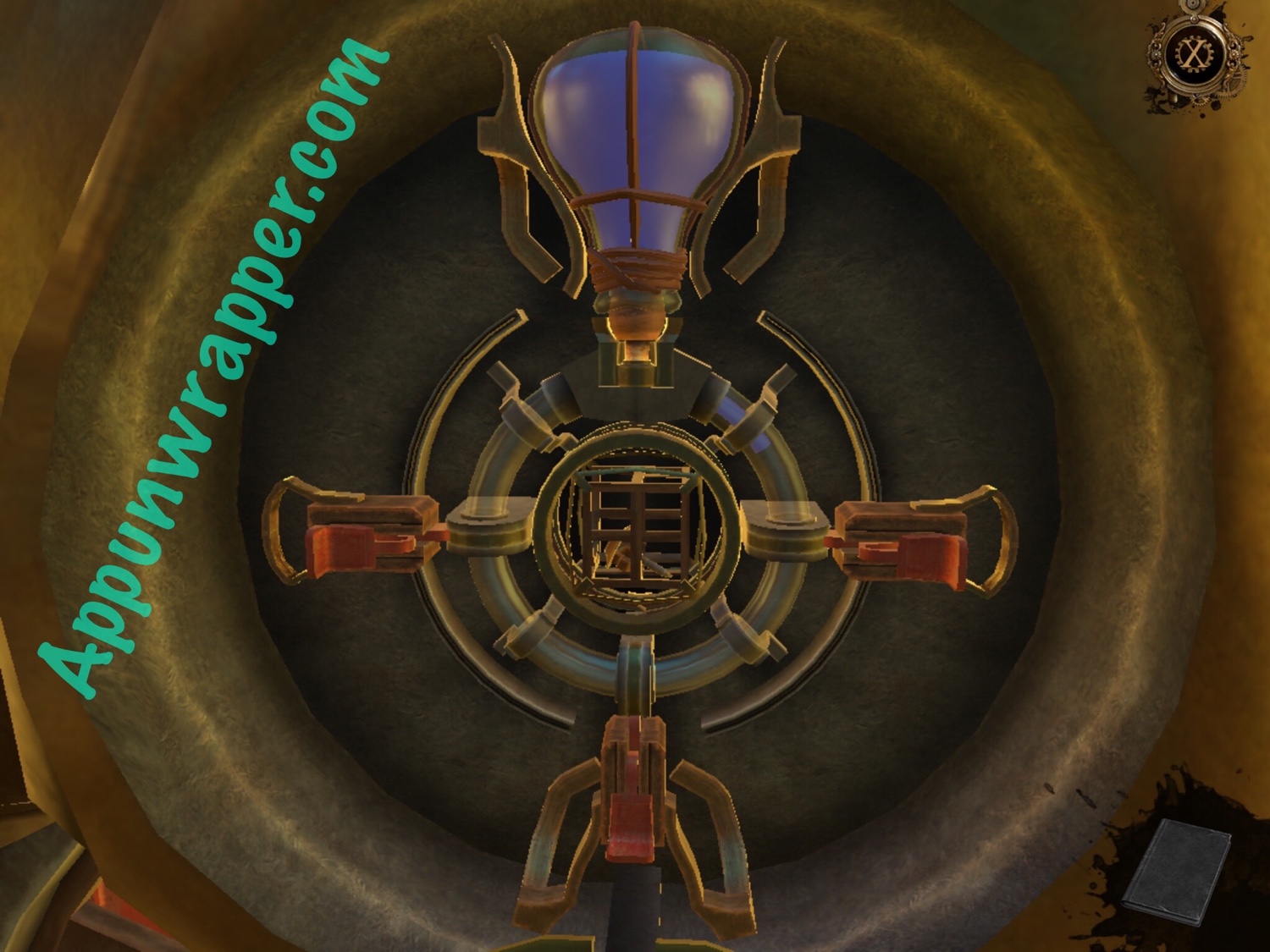 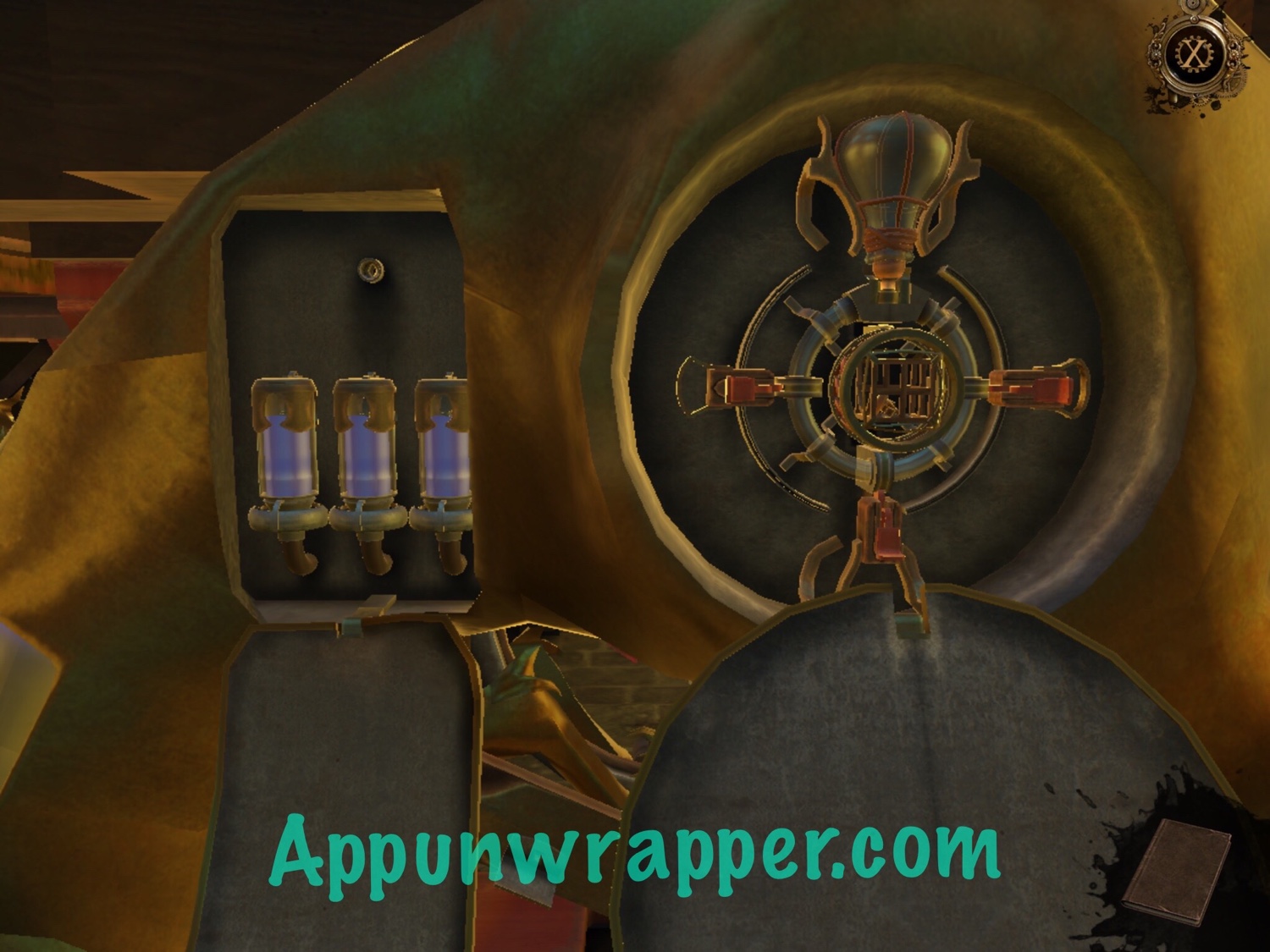 18. Rotate the wooden cage that just popped out so you can reach the item inside. Take the button with a thorn. 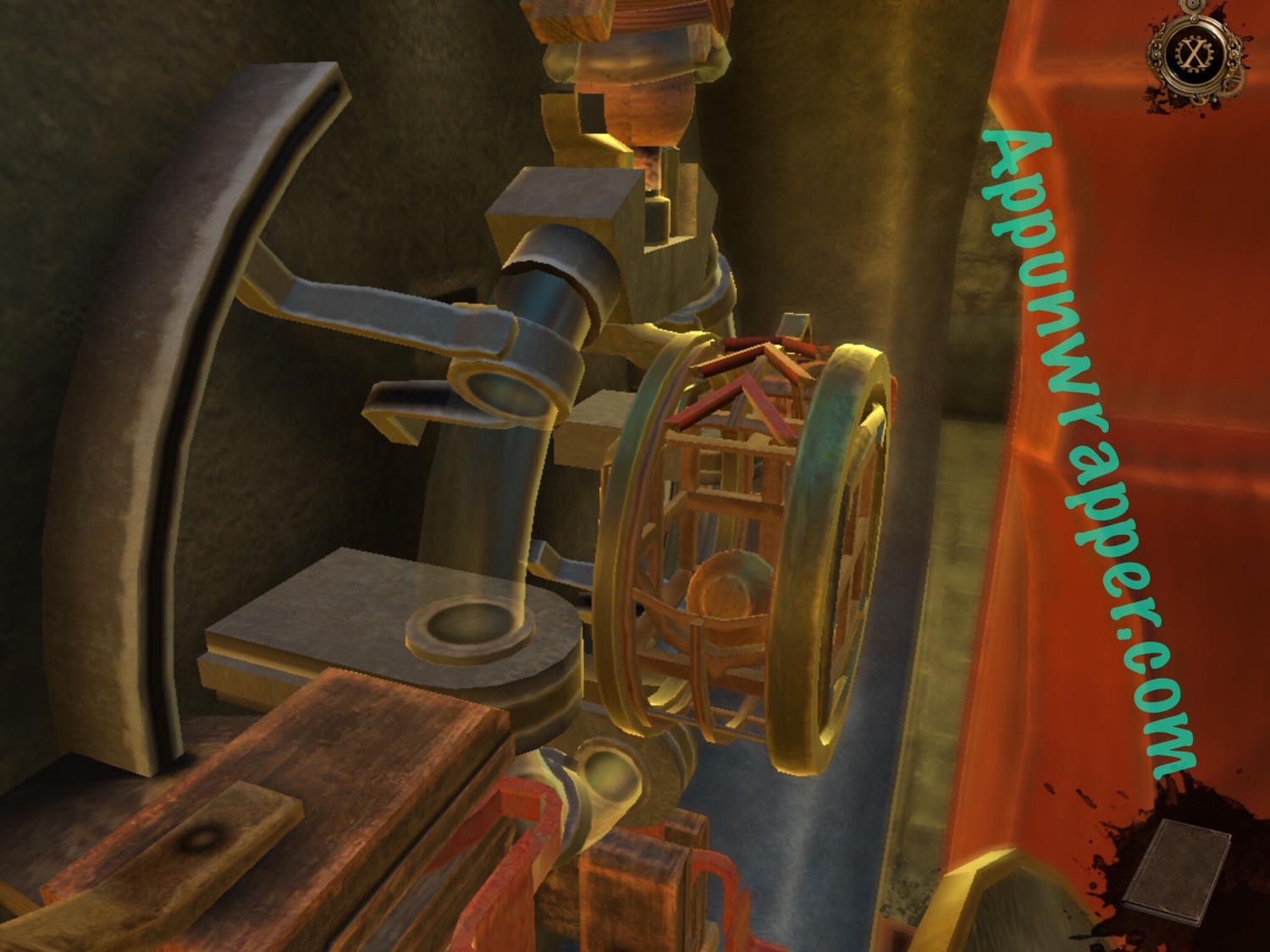 19. Go to the other dragon and find the little open compartment. Insert the button into the slot and press it. A marble will drop and you have to play 3-Card Monte and follow it. Choose correctly and you can take the red marble. 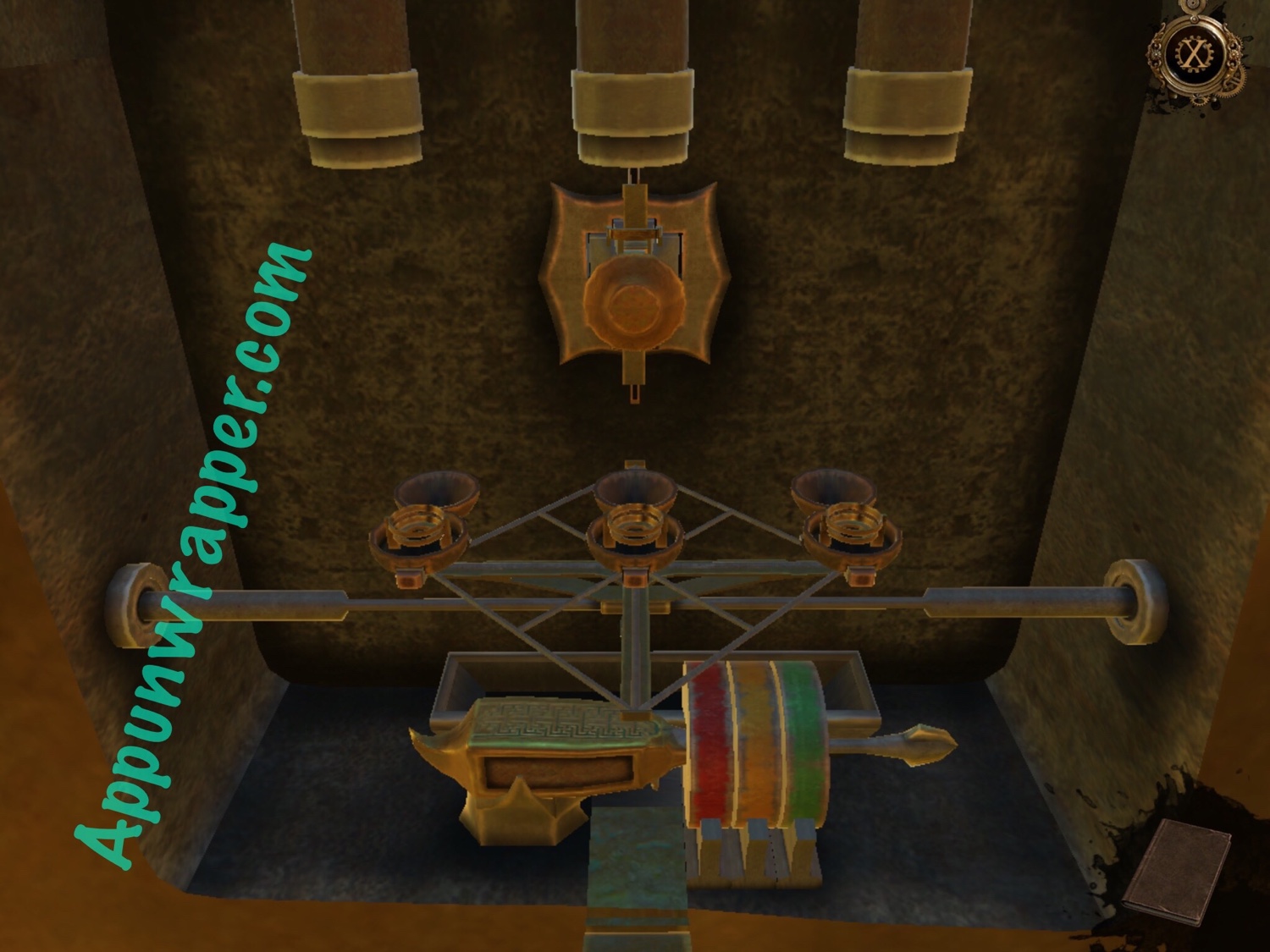 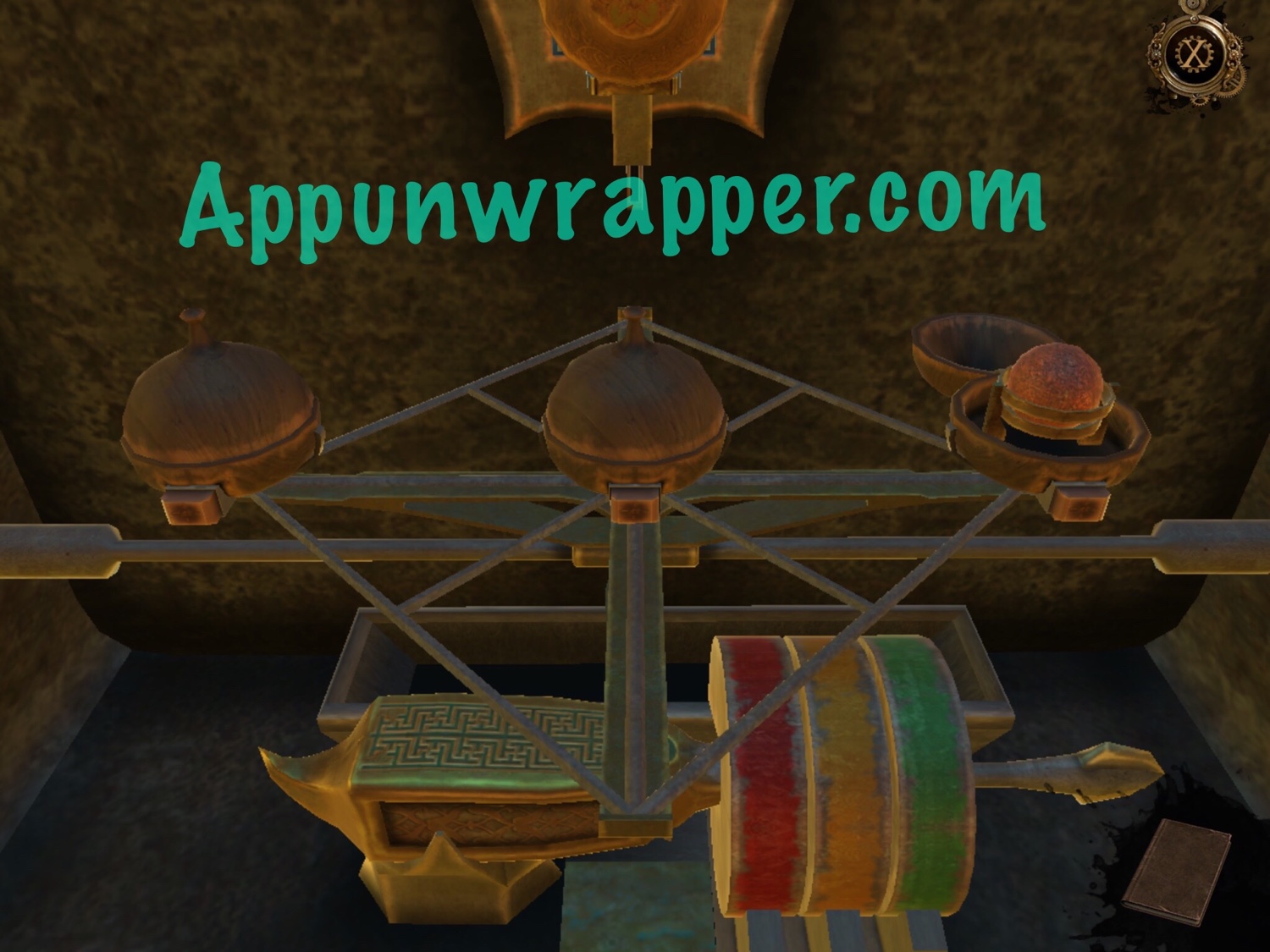 20. Now do the same for yellow and green. 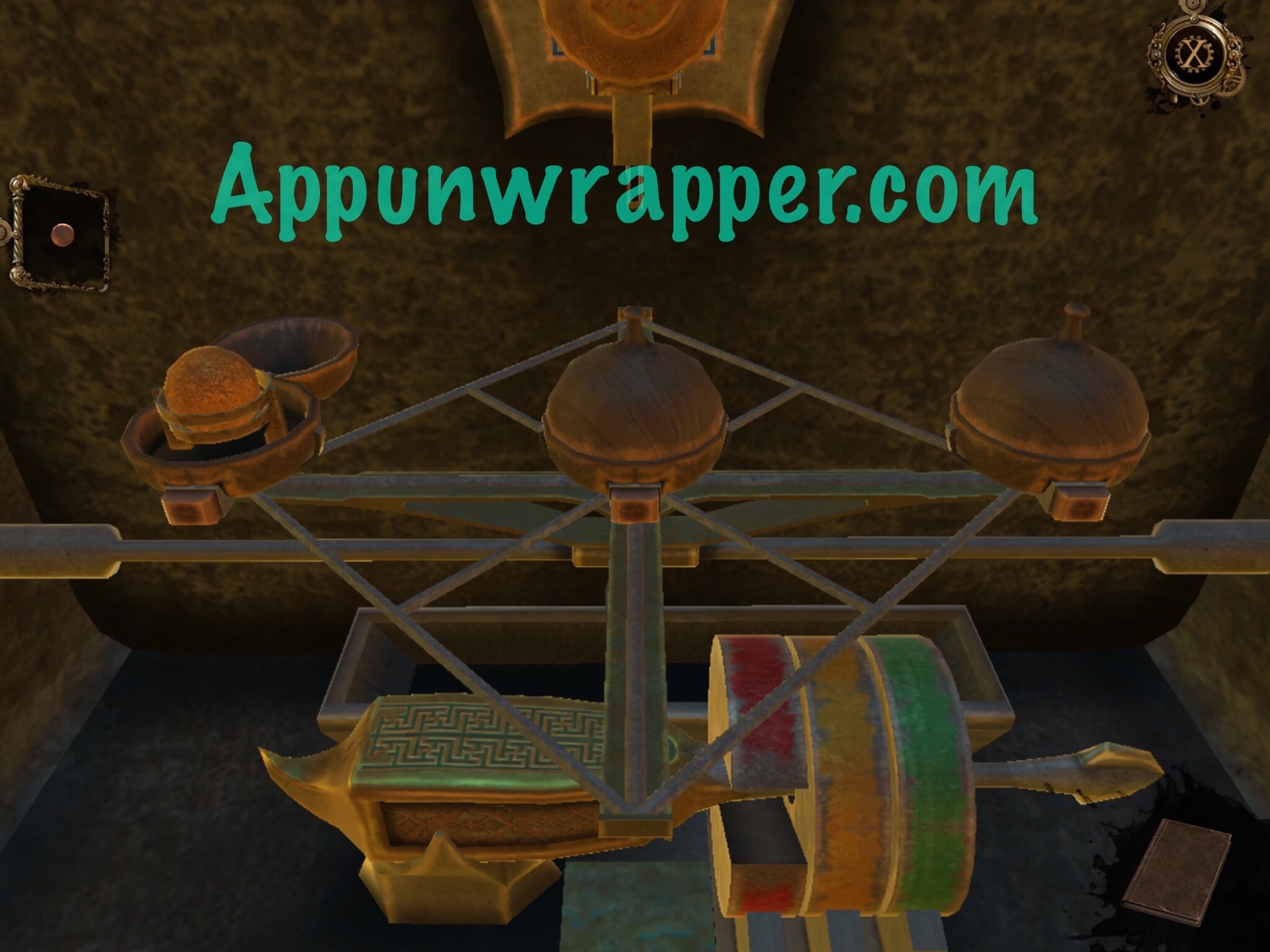 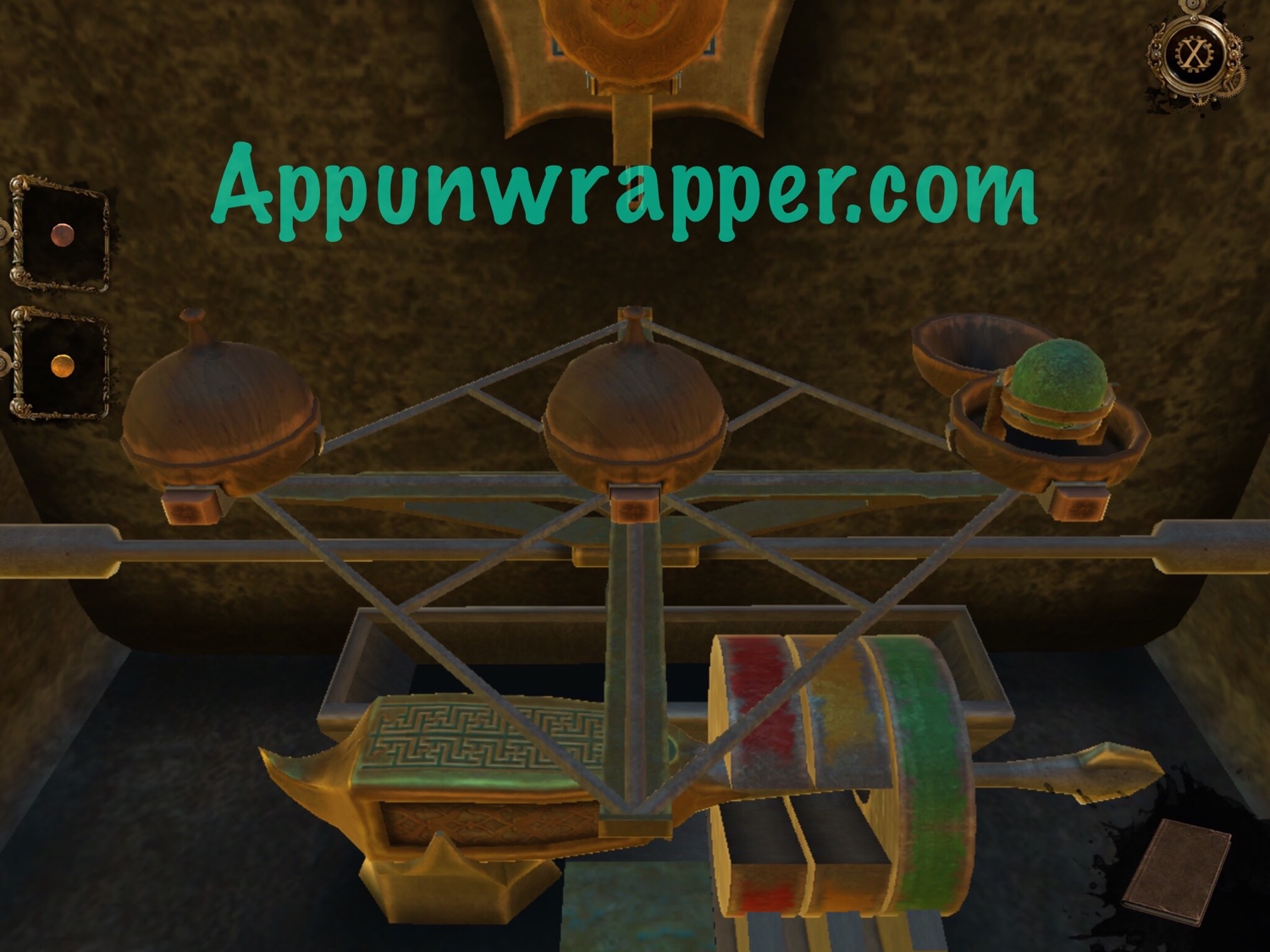 A Darker Shade of Red: Walkthrough

Leave a Reply to Rob B Cancel reply