I had no idea TheCodingMonkeys were working on a new game until it arrived in my mailbox yesterday on the day of release. But when I saw what it was, I got excited and didn’t waste any time before jumping in. MonkeyBox #1: Polarized! is the first of several short games that they have planned, and it features a very unique mechanic. It’s a text-based story that has you taking photos of objects in your surroundings in order to control the narrative. I love the idea of it, but for me the game was very polarizing.

It begins with a young girl who needs help remembering things. So she she asks you to take photos of objects to jog her memory, starting with something red. Each photo brings up new details, slowly unraveling the story about how she lost her finger one day in December, shortly after Christmas. Aside from the hand-drawn images that will appear after each photo you take, the game is entirely text-based. This means a lot is riding on the story itself, and unfortunately that didn’t work so well for me. But we’ll get to that later. First, I want to talk about the photo mechanic. 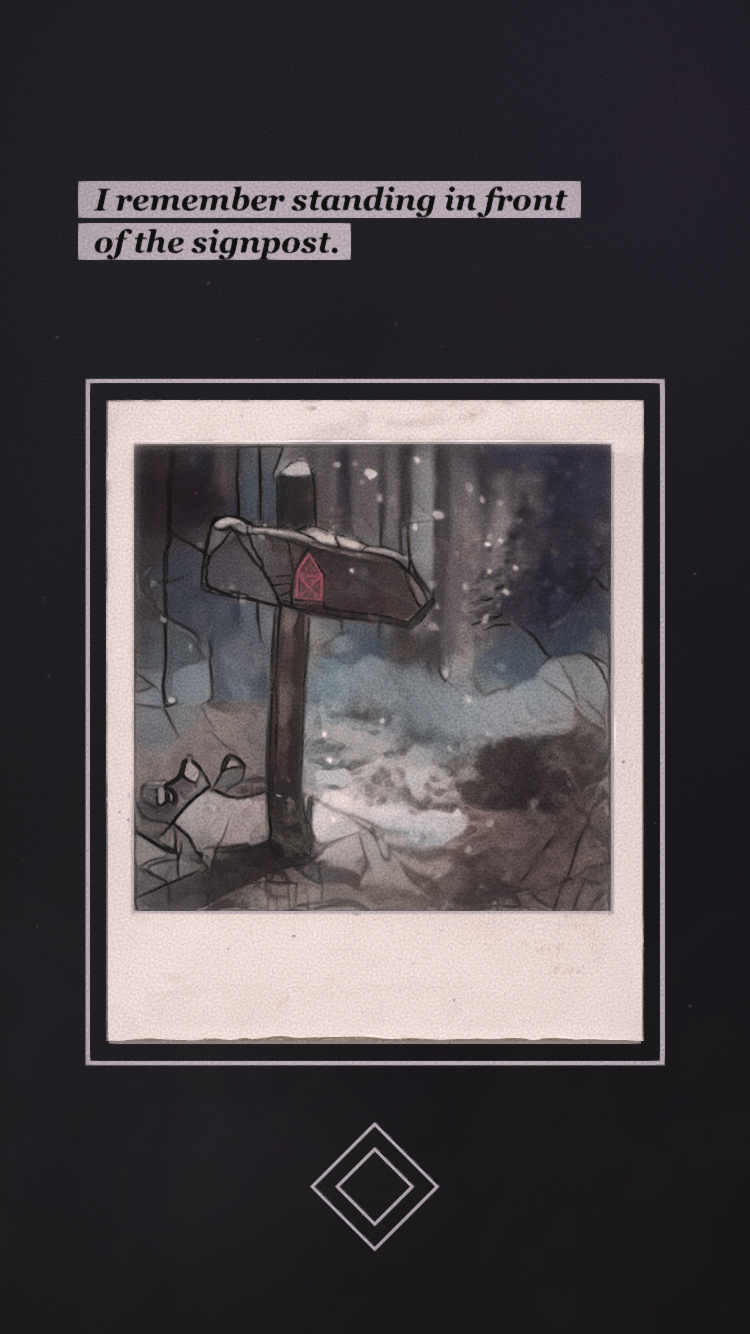 I really like the idea of using real photos to progress the story, but I’m not sure I like the execution. Sometimes it works well and feels innovative, like when you have to choose between a coat, a chair and an umbrella to solve a problem. But there were other times I didn’t have the object nearby — like a bush — and it accepted a photo of my cat, or even my floor tiles. Other times, it wanted something so specific — like a wall clock — and it wouldn’t accept much else. I took a photo of the digital clock on my microwave, but that didn’t count. In the end, I dug up a wrist watch and that was accepted. I also didn’t always understand what it was asking me. For instance, at one point it says the door is locked, so I took a photo of my locked doorknob. The first time I did it, it automatically unlocked using a key, and I was confused. The second time I played and did the same thing, it refused my photo and gave me more clarification. And that’s when I realized it wanted a photo of a key, which worked. So neither the technology nor the hints are perfect. But I still admire the effort, and it certainly is a unique way to use the iPhone’s camera capabilities. It was the better part of the game for me, and I could have forgiven its shortcomings if I had liked the rest of it. 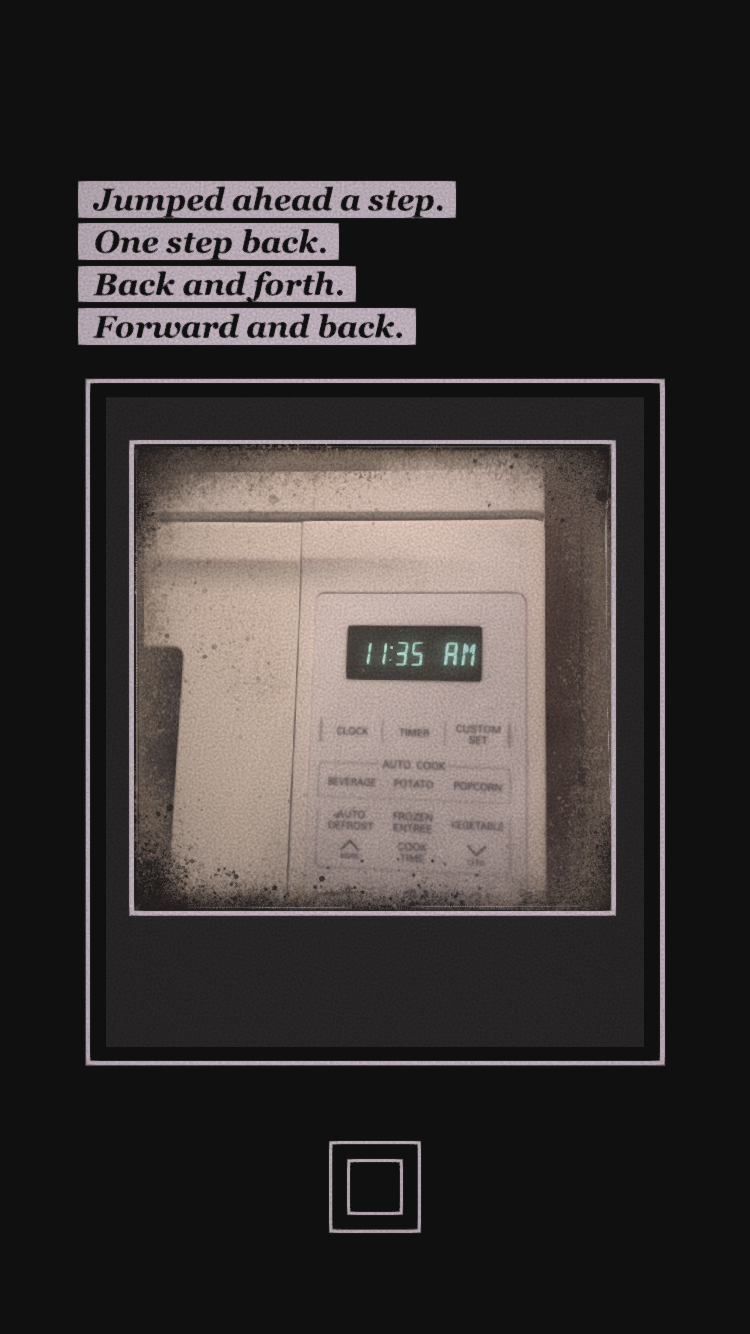 But even if the photo mechanic always worked perfectly, it doesn’t really work well with a text-based game. I would sit down and relax to read, then have to get up a couple of minutes later to walk around my apartment. I didn’t really want to just stand up for all the reading. It’s also a bit distracting to keep interrupting the story to find the object it wants. It makes it feel disjointed. It’s easy to miss or forget some details because you’re so focused on getting the right photo. Imagine reading a book and getting up every few lines to rummage through the fridge for food. That’s pretty much what it feels like. You probably won’t absorb much of the story that way. And unlike a book, you can’t go back a bit and re-read some of the text if you need a refresher. You can only move forward. 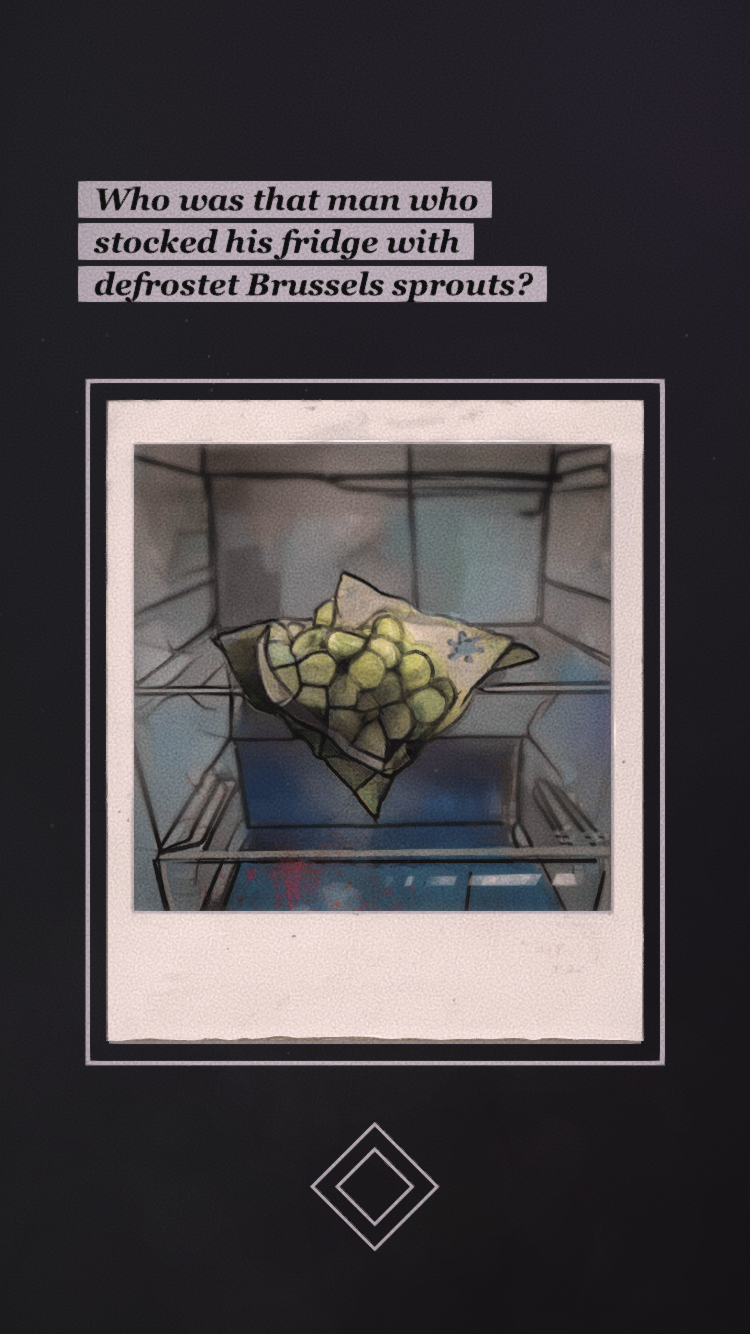 Because there’s so much distraction, it’s imperative that a game like this has a story that holds your attention and makes it hard to forget what you’ve read. Unfortunately, that’s not the case. I had difficulty caring about this girl who was upset that her mother gave her gloves for Christmas instead of the mood ring she asked for. She goes on some strange quest to find the ring, which was apparently lost in the mail. The details are a little confusing, but I stuck with it, hoping there would be some good payoff in the end. There wasn’t really, and I was just left disappointed that the unique photo mechanic wasn’t attached to a better story, one that would make looking for the objects exciting, as you anticipate what happens next. I understand the dilemma of giving the player fairly easy objects to find without the story attached to it feeling boring. But as much as I wanted to love this game, it felt lacking in almost every aspect. 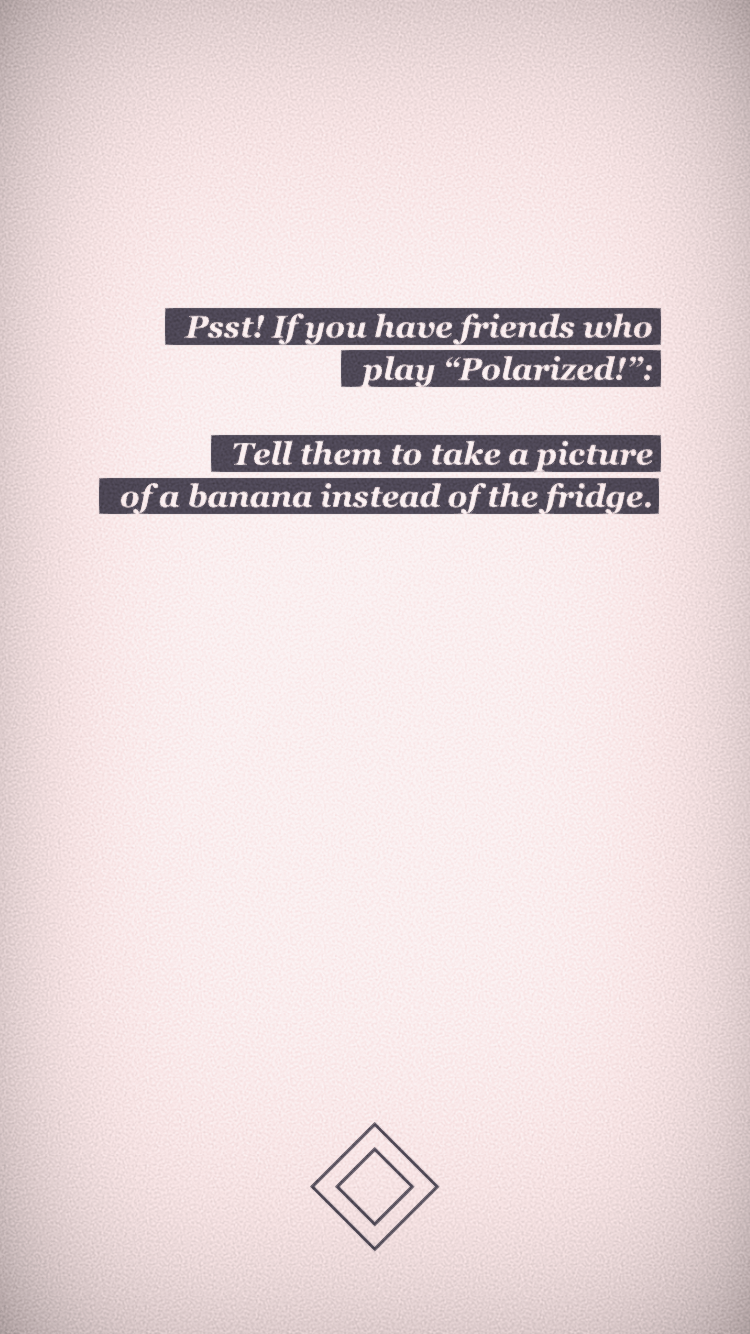 I’m thrilled to see innovative games like Polarized! being developed, but don’t think it achieves everything it was aiming for. As this is the first in a series of short games, I do hope the next one does a better job of hitting its mark. I would also like to see this mechanic explored further, perhaps with a more puzzle-centric game instead of text-based. I’m not entirely sure how, but I would hate to see it completely abandoned. As for Polarized!, it has me polarized. I want to recommend it for its creative use of the camera, but the story makes it hard to do so. If you’re on the fence, you can watch some of my gameplay video above. If you find the mystery intriguing, you can grab the game here and see for yourself how the story unravels.