Not long after releasing his “magnum opus,” Song of Bloom, Philipp Stollenmayer is back with yet another puzzle game that breaks the mold. Sticky Terms releases March 2nd and has you combining parts of letters to make up words you’ve probably never heard of. The game features 150 different puzzles, each a scrambled word from all different languages. But what makes these words interesting is that they’re unique to their language. There are no direct translations for them, but many of them express familiar feelings. I’ve already spent some time with it and it’s both a satisfying puzzler and an entertaining educational tool.

The puzzles are broken up into themed packs, such as “Yuck,” “Insults” and “Metaphors.” Each puzzle starts with letters — and even pieces of letters — all over the screen. Some are stuck together (hence the name), so you pull them apart. The idea is to then rotate each piece and place it next to the other pieces so they form a word. It sounds easy, but some of the levels can be quite tricky, especially since they’re likely words your unfamiliar with. I also like how many of the puzzles are laid out artistically, creating interesting patterns with all the lines and curves. When the word is complete, you get the definition added to the in-game dictionary, which you can revisit whenever you’d like. There are terms for feelings you may have wanted to express but didn’t know how, such as Kalsarik╬ô├╢┬úΓö£ΓûÆnni, a Finnish word that means “getting drunk at home in your underwear.” Or the Yiddish word Farpotshket, which means “trying to fix something, thereby ruining it.” I’ve also learned of the existence of some foreign delicacies I almost wish I hadn’t. 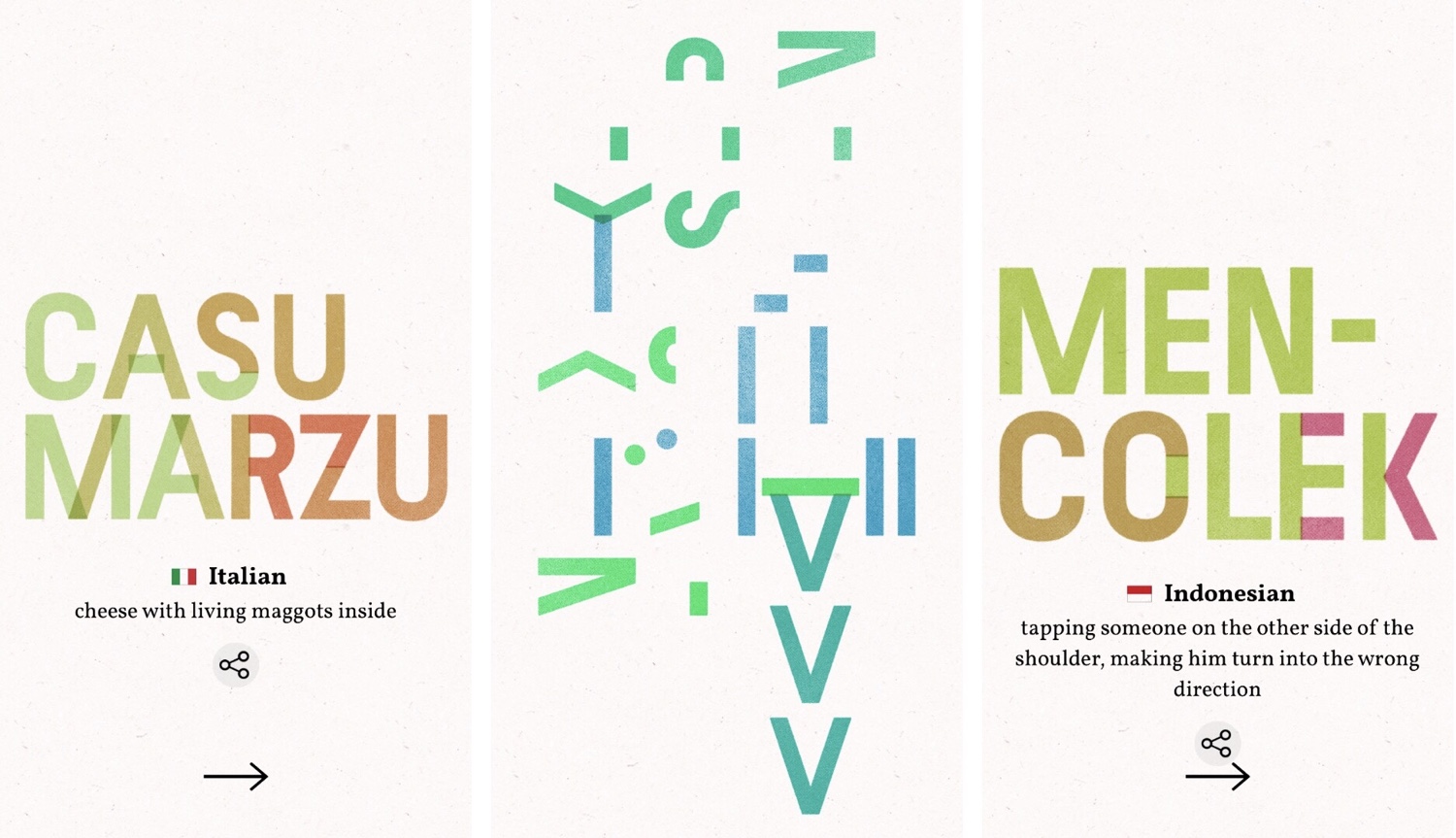 The game also features incredibly generous monetization. It’s free to download, with a few of the packs unlocked from the start. The rest can be accessed by watching opt-in video ads. But for those who already own supertype or see/saw, you get the entire game for free without ads. So if you like quirky word games, you can buy supertype and get two for the price of one! It’s a nice gesture, when he could have easily charged everyone again to remove the ads. 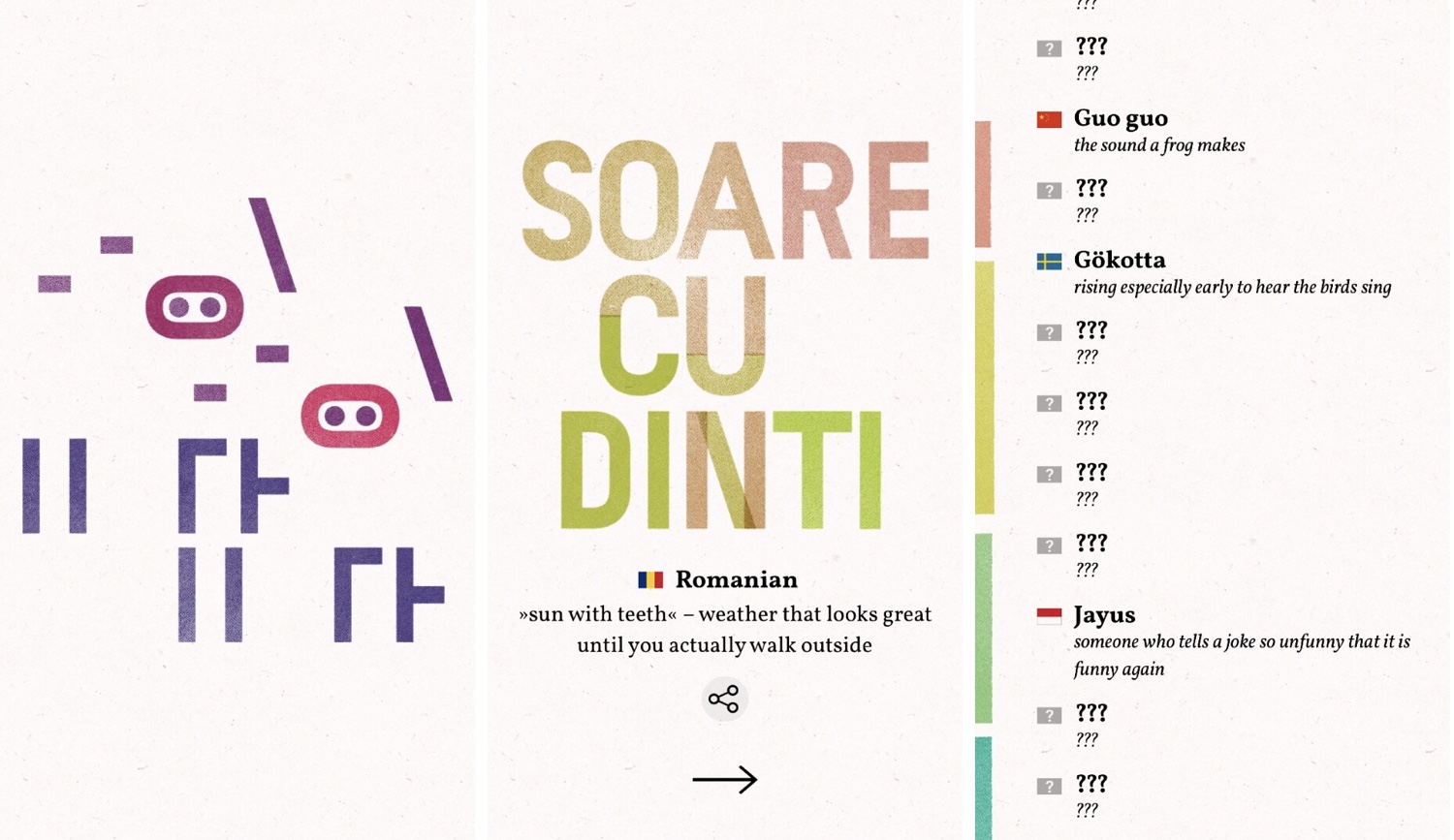 Sticky Terms releases tomorrow, March 2nd, and there’s really no reason not to pick it up. It’s a chill puzzle game that’s both fun to solve and entertaining due to the words themselves. There’s no pre-order option, but I’ll be sure to add a download link once the game’s available. Until then, you can check out my preview video above. (UPDATE: The game is out now. You can download it here.)