There are few things that get me as excited about a game as its art style. I’m a sucker for eye candy and shamefully admit that I’ve passed on games if their graphics didn’t appeal to me. It’s on of the reasons I took so long to try the horror game, DISTRAINT, by Jesse Makkonen of Winterveil Studios. But now he’s back with Heal, a point-and-click adventure with both a great art style and soundtrack. I was immediately drawn in by the screenshots I saw, and I knew it was a game I had to play. Besides the artwork, what sets it apart from so many other games in the genre is its theme of old age. You play as an elderly man near the end of his days, slowly walking around an empty house, recovering some memories. The story is a bit abstract with its limited use of text, but is more clear by the end of the game. While there’s much to like about it, the puzzle design holds it back from greatness and makes it hard to give it my full recommendation.

One thing I appreciated is that Heal doesn’t waste any time getting down to business. After a brief tutorial explaining how the controls work, you’re left to your own devices. The game is split up into seven sections, each one taking place in a different area. On a mobile device, you simply tap where you want your character to move and he walks there. Throughout the level, there are interactive objects and puzzles. If you get near one, an icon appears above it. You just tap and hold on that icon to interact and get a close look at the object or even reveal a clue. Once you solve a puzzle, you’ll see a check mark so you know you can move on to the next. It makes the game feel more like a series of puzzles than a point-and-click adventure, especially since you have no inventory. But I actually liked this aspect of the game, as it means there’s absolutely no pixel hunting involved. I only wish the puzzles themselves were as well-designed. 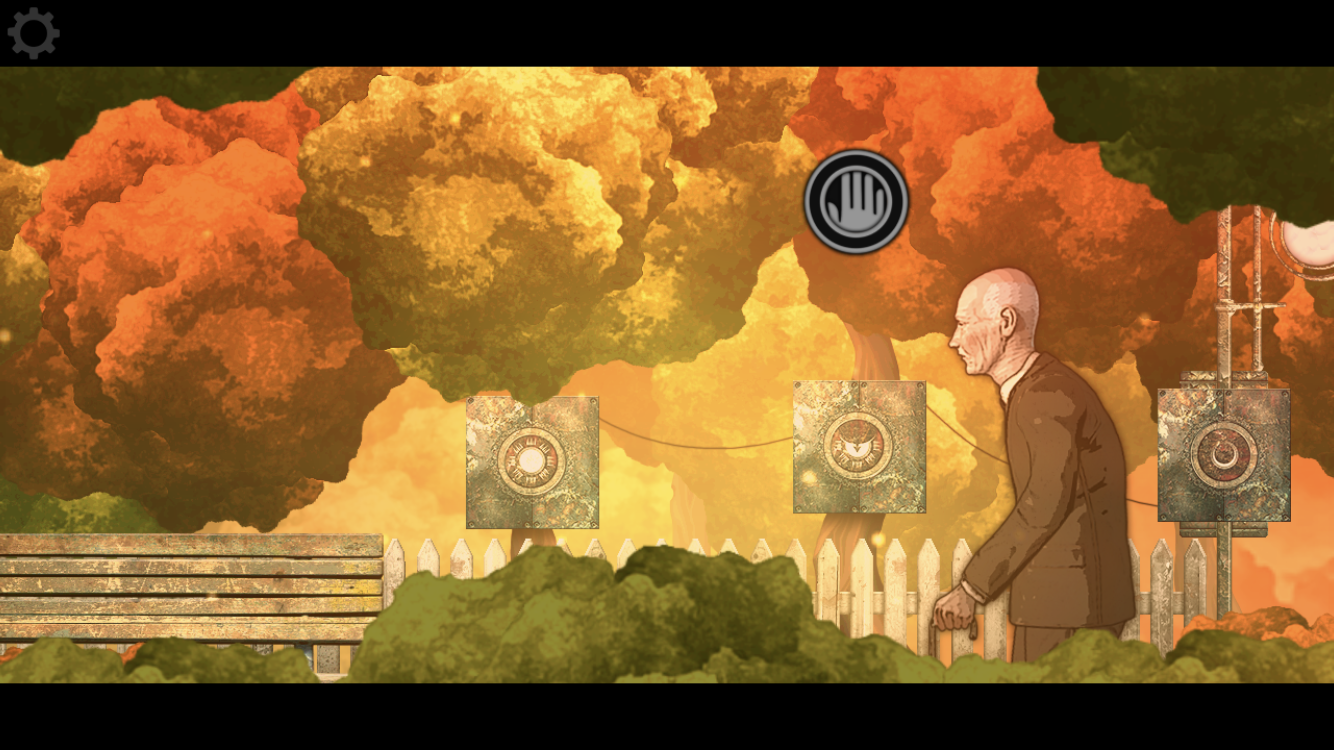 So let’s discuss those puzzles. They’re a mixed bag, ranging from extremely simple to frustratingly difficult. But the difficulty usually stems from overly sensitive controls or too much reliance on trial and error — rather than clever design. For instance, an easy puzzle might involve simply tapping some rings until the image matches up and reveals a clue. It’s standard adventure game fare, and would have been fine if the game’s focus was on the story and the puzzles were just there to help tell it. But because of the wide range in difficulty throughout, it’s hard to tell what the game was aiming for with them. For example, a more difficult puzzle asks you to guide a ball around a track by inserting commands to tell it how far to go in each direction. But not only do you have to experiment to figure out which number to use for each direction, you have to set it in a convoluted way. See, each direction has a button that you tap and hold to increase the number from 0 to anything up to 100. But the numbers move fast, and if you stop too soon or too late, you’re stuck with it. You can’t adjust the number or even reset the puzzle. You just have to continue with the rest of the directions and then watch the solution fail and then start again from scratch. It was frustrating enough to deal with this on an iPad, but on my small iPhone screen I had the added issue of my fingers blocking the numbers if I didn’t angle my device a certain way. It also doesn’t help that the game is in widescreen and letterboxed on both my devices, so the play area is smaller than necessary. That means puzzles are smaller and buttons and knobs are smaller. It’s not always an issue, but there were enough instances where it was, especially with the controls being as slippery as they were. On a number of occasions, I got stuck on a puzzle not because it was difficult, but because I would lift my finger from the screen and the slider or dial I carefully placed into position would move, forcing me to readjust it until it would stop moving. 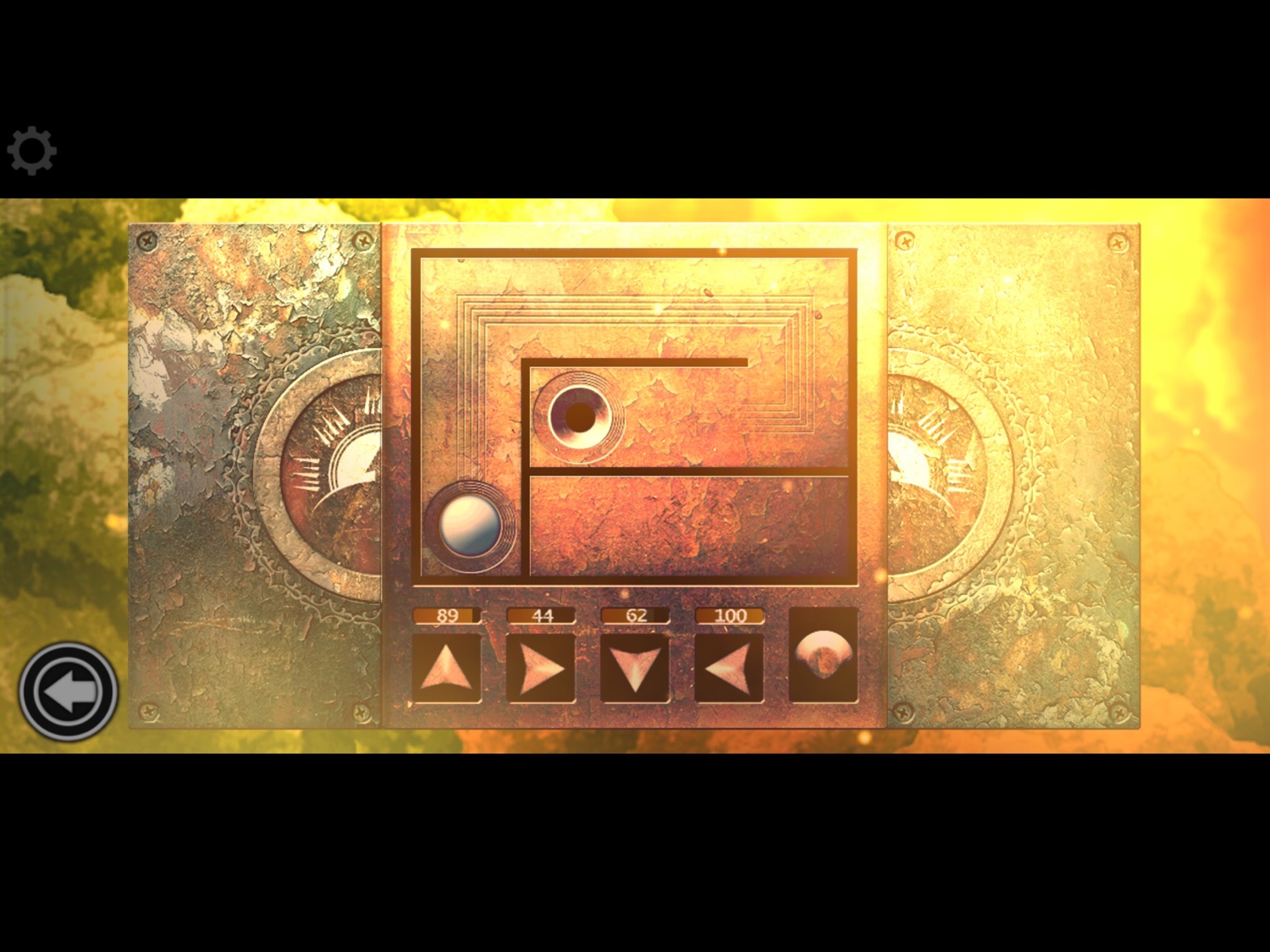 Now, I don’t want you to get the idea that it’s all bad. A few puzzles did hit the sweet spot where they’re satisfying to solve. But most of those spanned an entire level and involved combining clues you get from a number of other puzzles that weren’t always as enjoyable. For such a short game, I would expect more quality puzzles and fewer duds. I also didn’t think the puzzles really tied into the story very well. Some aspects made sense, but for the most part I just felt like I was solving a series of puzzles that didn’t really relate to this man or his life in any meaningful way. Compare it to another game about an elderly man, Broken Rules’ Old Man’s Journey, where the puzzles were about helping him get to where he was going. The meaning behind the puzzles in Heal are more abstract, assuming there’s any meaning at all. I like the story the game tells, but I wish the puzzles themselves were a bigger part of that story.

Besides my issues with the puzzle design, I also have some other small complaints related to the user experience. First off, the game only saves at the end of a level. While levels are short once you know all the solutions, some of the puzzles can be frustrating or obtuse — as I explained. Or perhaps you overlooked a clue and want to take a break and come back with fresh eyes. If you do so, you’ll have to restart the level. It’s a big oversight for a mobile game, as you can’t just minimize the app and expect it to hold your place. Most iOS devices will push it out of memory if you don’t open it again within a fairly short time. On top of that, the game allows you to replay older levels, which I appreciated. But there’s no way to exit a level and open another. You have to force quit the app, which then makes you choose your language again and rewatch the opening words about how the save system works. These little user interface issues just added to my overall frustration with the game. I also wish the Steam achievements were available on iOS, as I found one hidden secret but have no idea if I should be looking for others. 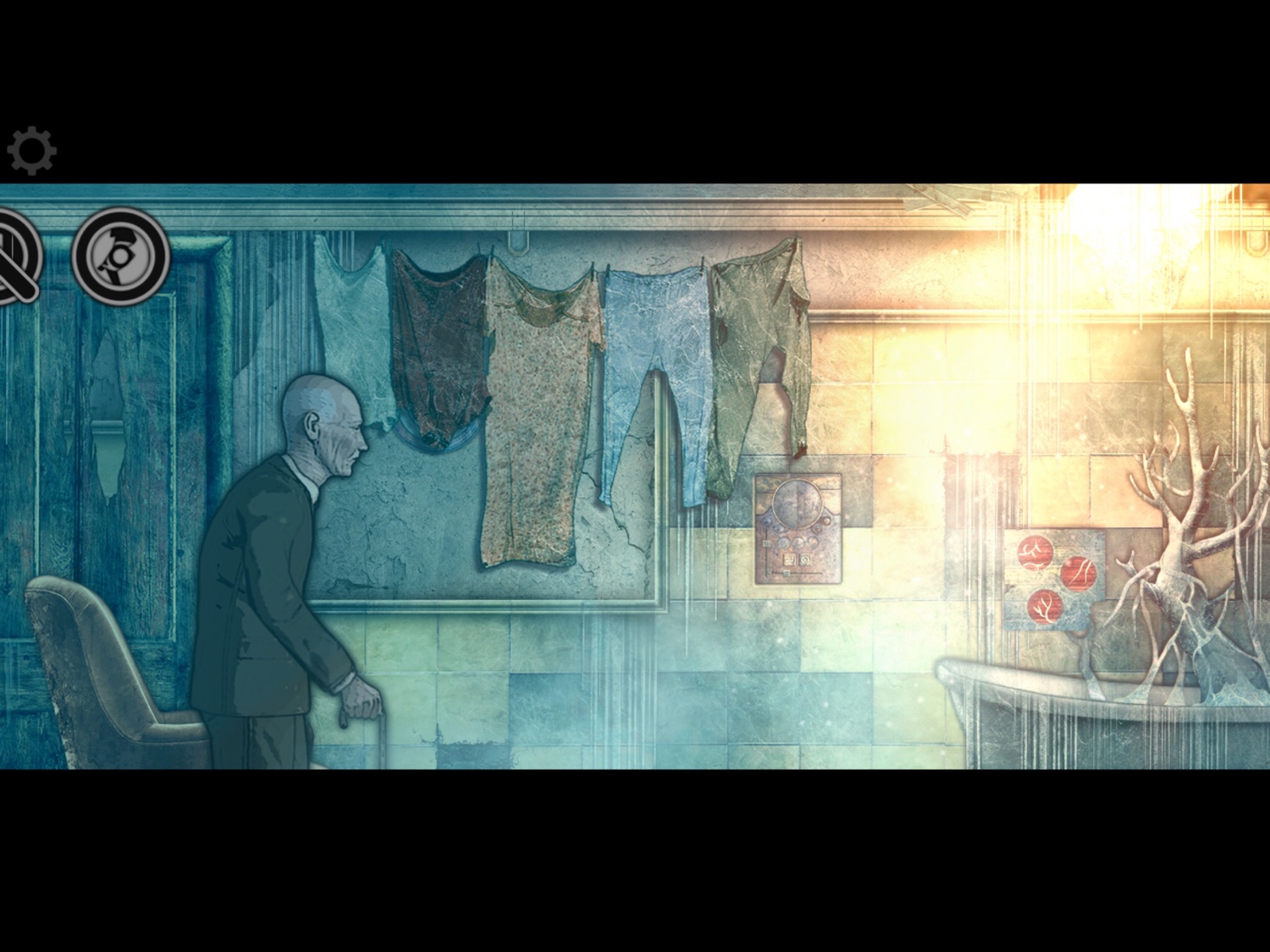 Again, there’s still a lot to like about Heal. The entire atmosphere is on target, from the vibrant, hand-drawn art and weather effects to the eerie and immersive soundtrack. I also enjoyed looking through cracks in the walls for clues and the streamlined experience that does away with the inventory and pixel hunting. Despite its easy start, I was enjoying the game at the beginning and I so wanted to love it as a whole. But every time I would start to appreciate it again, I’d be thrown into a puzzle with overly sensitive controls or trial-and-error solutions — or both. The game never annoyed me enough to quit, but it also never reached the brilliance I was hoping for. It certainly has some great ideas that are worth experiencing, so I wouldn’t outright tell everyone to avoid it. But you need to be prepared for a short experience full of highs and lows. If aesthetic and atmosphere are more important to you than the puzzles or the length of the game, by all means give it a go. But if you’re easily frustrated or bored, you might regret your purchase. If you’re willing to give Heal a try, download the game here and help an old man find peace.

And if you need any help with a puzzle, try my walkthrough guide.

I Am Dolphin: Become a Dolphin in This Upcoming iOS Simulation Game