Back in 2017 when Kingdom: New Lands (KNL) made its way over to iOS, I was impressed with the gorgeous pixel art, eerie soundtrack, and even the core gameplay loop. I liked the combination of actively running around to manage a kingdom, but not having to micromanage every worker. And while the short day and night cycles could be stressful, it kept the game moving at a pace that made it hard to put down. It was also perfectly designed for touchscreens, since everything is gesture-based. There isn’t a single onscreen button to be found. But as much as I liked it, after investing a few hours into it I eventually gave up. I didn’t like that I could spend an hour or more building a kingdom and then lose my crown and have to start from scratch. The game doesn’t tell you much, so you’re meant to learn it all through playing, but I never felt like I had much of a chance to do so. I really just wanted to play without the permadeath. So I was elated to find out when Kingdom Two Crowns (KTC) released on iOS recently, that that’s exactly what it’s like. I’ve invested over forty hours into the game but don’t feel like I wasted my time even when I do decide to start over. KTC is basically the game I always wanted KNL to be.

For those who never played any of the Kingdom games before, let me break it down for you a bit. You’re a ruler who is dropped on an island with just your horse and a few gold coins. You use those coins to set up camp and hire a few peasants to work for you. You also use that money to assign them jobs, such as archers or builders. The archers can hunt some small animals to earn more coins, while you can pay the builders to construct walls and archer towers for defense. Defense from what, you may ask? Well, every night when the sun goes down, these little phantom-like creatures called Greed emerge from their portals and come to steal whatever they can from your camp. The most coveted item is your crown, so you need to protect it at all costs. The idea is to build up strong enough defenses and offenses so you can stay within your walls at night, safe and sound. But that’s easier said than done, as seasons change, along with the landscape. In winter, the small animals disappear, farmers stop tending their crops, and it gets harder to earn money. Meanwhile, the Greed are getting stronger and angrier. If you waste too much time making no progress, they could overwhelm you and take your crown. Throughout all this, the eventual goal is to travel from island to island with your boat and buy upgrades on each one — such as stronger mounts — that can help you destroy the Greed for good. 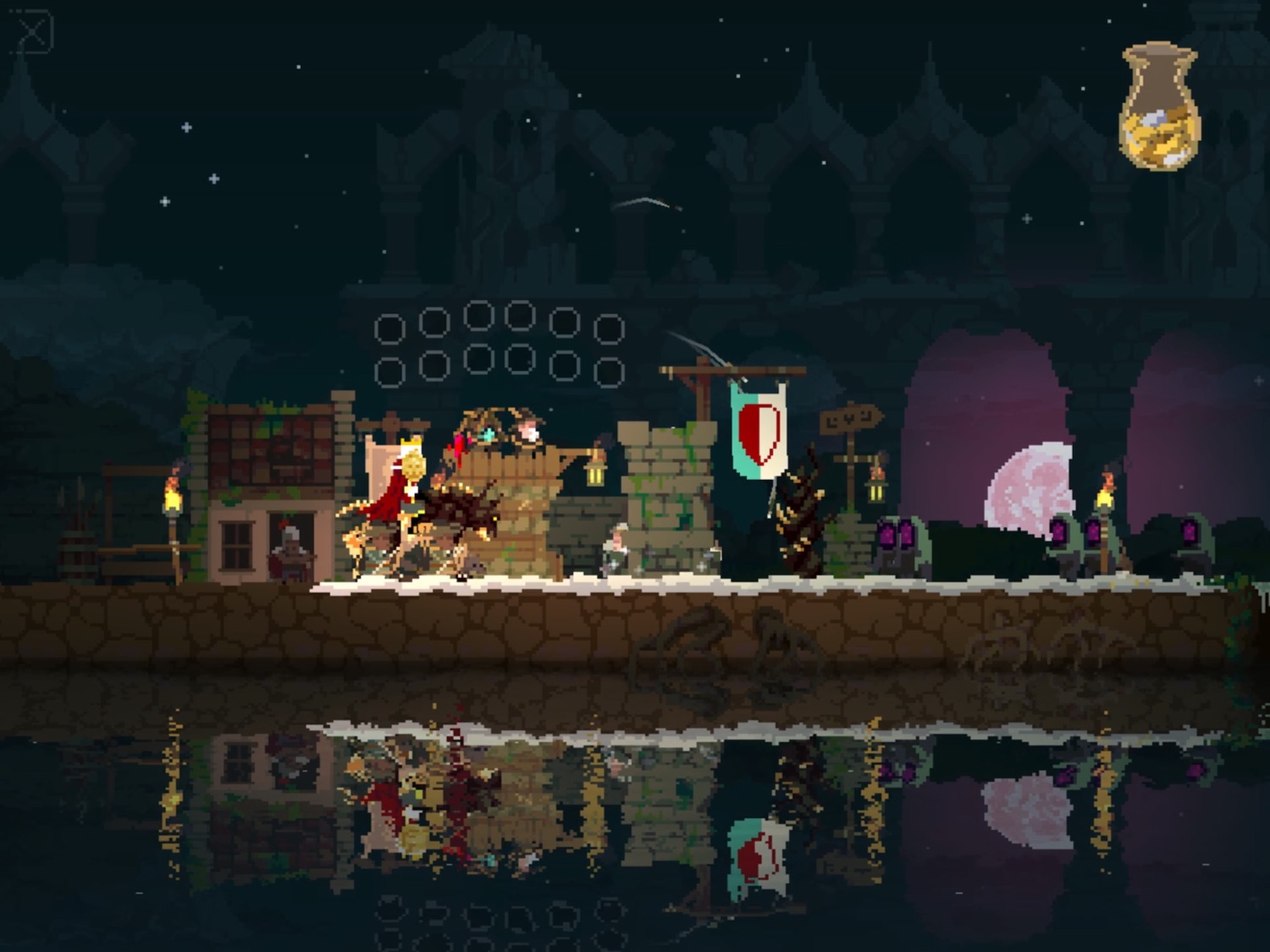 Like I said, in KNL the game ends if you lose your crown. I went in knowing nothing, so I made pretty poor choices and my game would end either on the first or second island. Since it had been a few years since I last played, I made some bad moves in KTC, too. But I could learn from those mistakes by continuing the same game even past death. In fact, the game actually gets easier each time you die, because your heir keeps upgrades you made to your kingdom — as well as any major progress you made — but the Greed reset back to their original strength. So now you might have a fully upgraded kingdom, plenty of money in the bank, and a much better chance at surviving. The rebirth mechanic means itΓò¼├┤Γö£├ºΓö£├╗s a lot harder to mess up in a way that canΓò¼├┤Γö£├ºΓö£├╗t be fixed. So even if it takes you longer to do so, youΓò¼├┤Γö£├ºΓö£├╗ll eventually beat the game. That may make it seem pointless, but I actually prefer it. Some might find it too easy if they liked the challenge of the first game, but it was balanced by adding an achievement for destroying all the Greed in a single reign. That means you can’t get the achievement if you die even once. I don’t know that I’ll ever get good enough to earn that achievement, but if I ever feel determined to do so, I’ll have much more experience under my belt than I did when I restarted over and over in the original game.

Another reason I’ve spent so many hours with the game is that there are multiple campaigns, each with their own theme and some features that make them stand out and feel different enough to want to play them all. There’s the traditional medieval theme with knights and squires; Shogun, which is a feudal Japanese theme; and Dead Lands, which features characters from the game Bloodstained. Besides graphical changes, some of the jobs are different. For instance, the original theme and Dead Lands have pikemen that can both attack Greed from behind walls and use their pikes to fish during the day. The Shogun campaign instead has ninjas who are brave enough to head outside the walls at night to face the Greed head-on, while using fishing rods during the day. They also teleport back to the kingdom when they’re attacked, instead of becoming vagrants that need to be convinced to join you again. Another big difference between the campaigns is their mounts. In the original and Shogun, you can get the gryphon, which is the fastest animal around. It’s not available in Dead Lands, but there is the golem that can create thorny walls to help with defenses, as well as some others I found less useful. But perhaps the biggest difference is that Dead Lands gives you four different playable to characters you can unlock, and they each have their own special abilities. My favorite is Gebel, who can turn into a bat and cover a lot of ground quickly. There is a cooldown on the skill, so you can’t use it all the time. But it balances well with the slower golem and makes up for the fact that the gryphon is missing. 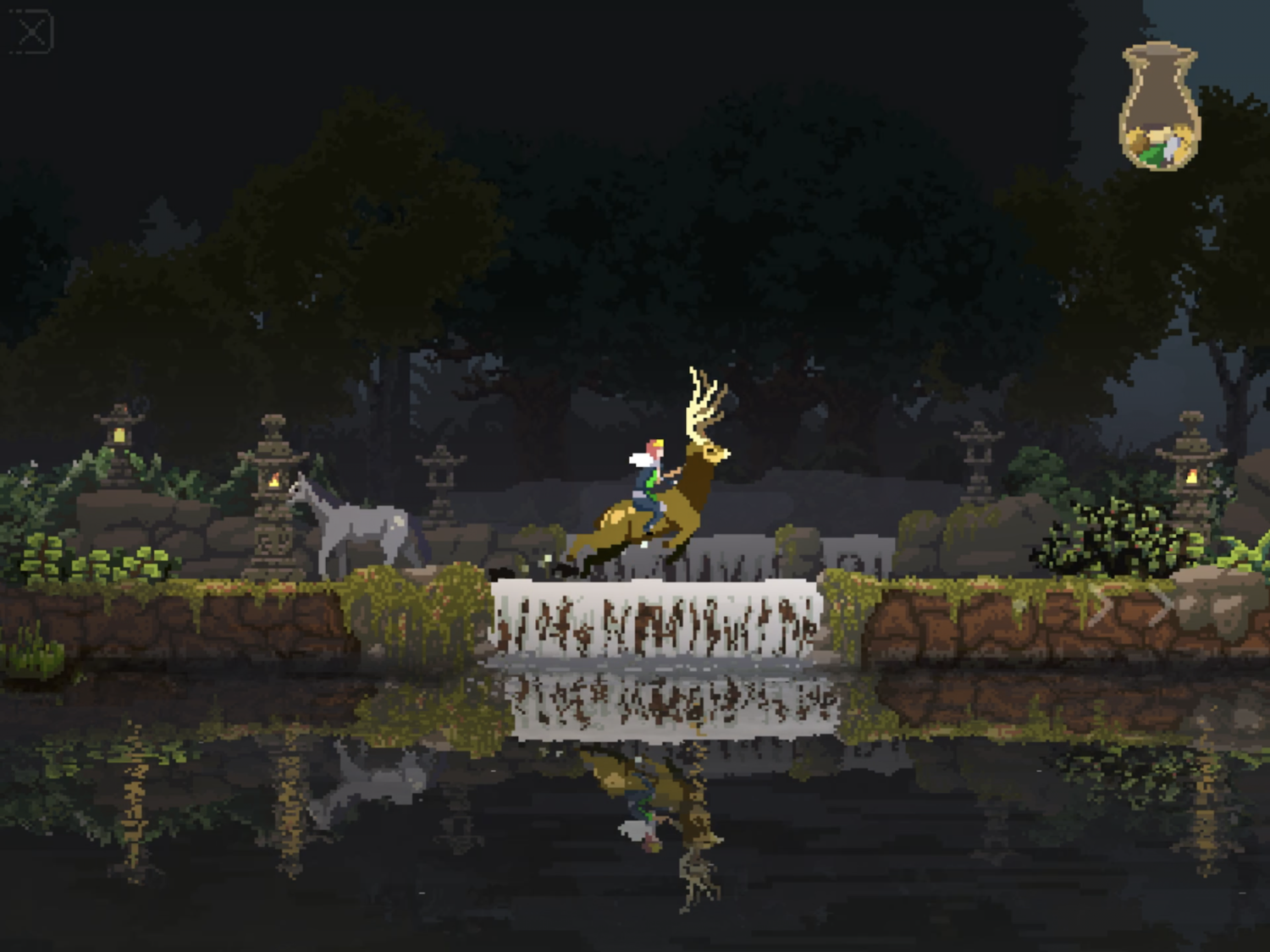 If I haven’t made it clear yet, mounts are a huge part of the game. When you start off, you have a basic horse that gets winded easily and can’t go far without a grazing break. You’ll be lucky at that point if you can even explore one side of the island before night falls. So one of the best parts about the game is unlocking new mounts as you progress to other islands. I didn’t really get to try many of them in the original game since I didn’t make it very far. But in Two Crowns, I’ve had a chance to try almost all of them and get a feel for which ones are my favorites. But I do wish the game had some sort of indication that some mounts have special abilities you can trigger. Not only are you meant to figure it out on your own, but you’re somehow supposed to work out the controls for it, too. I found this surprising, since the game does have a tutorial that explains the basic controls, and even interrupts you at times to explain certain mechanics that you might not have figured out on your own. But it never once told me to swipe up to activate my mount’s special ability. I had to learn that from someone else, along with the character special abilities in the Dead Lands campaign. Since the game is much more forgiving, I don’t mind having to learn through my mistakes. But I don’t think it’s reasonable to expect a player to think to swipe up with one or two fingers to activate abilities they might not even be aware of. Considering this game is a lot more conducive to learning while playing instead of reading a guide, it seems like an odd choice to leave that out. 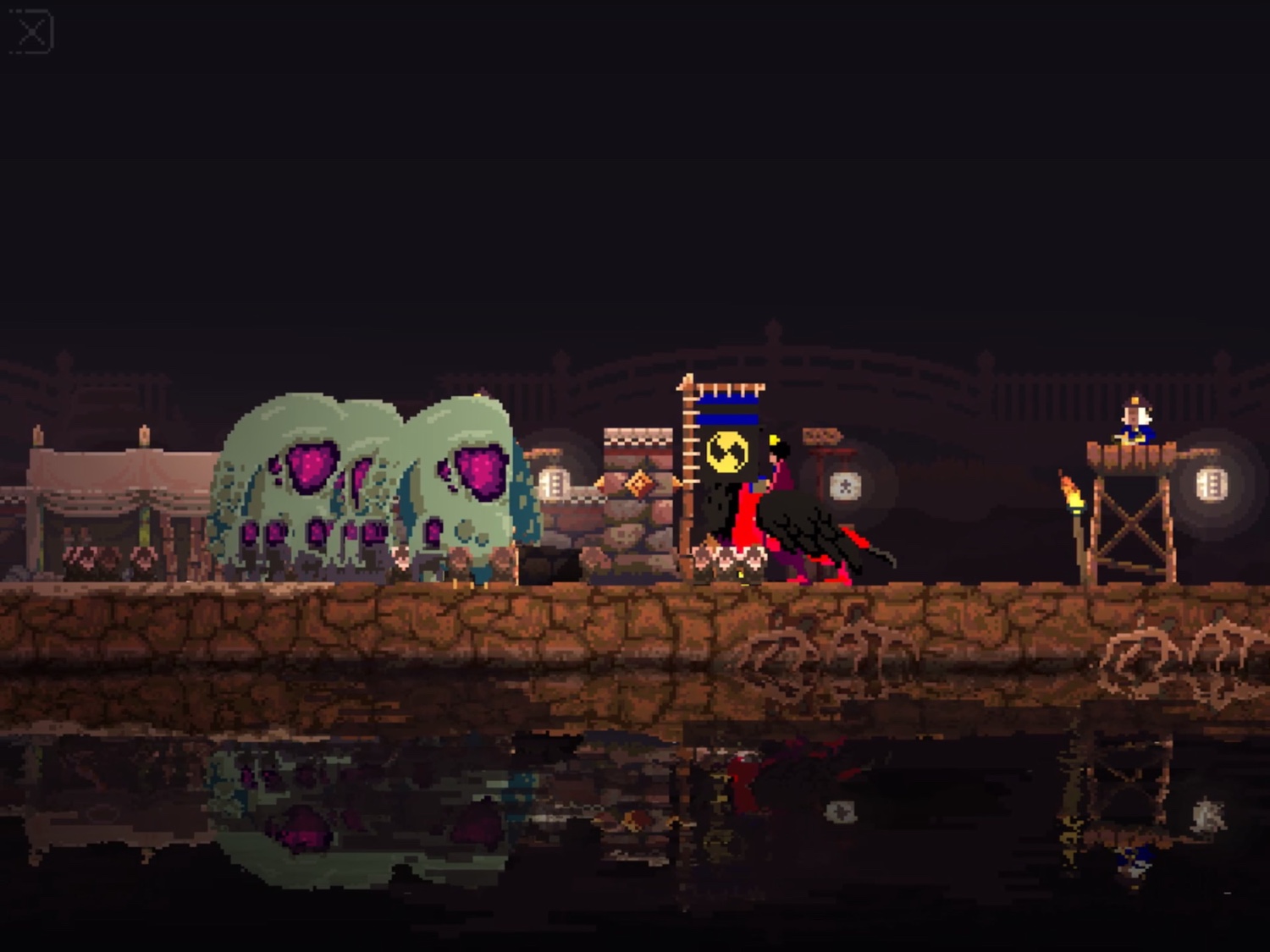 As much as I love the game, I have some other issues with it. First off, there are bugs that are often hard to recognize as bugs unless you already have a lot of experience with the game. They’re usually fixed by killing the app, but the game is so hard to put down that I didn’t always do that. It’s also a really great game to record for an audience, and I would often end up playing for two to three hours straight. So I would keep playing with those bugs instead of trying to get rid of them. The developers do seem to be actively improving the game, though, as there was a big update just recently. But just be aware that if something seems off, the best thing to do is kill the app and hope it fixes it.

Another issue is that currently the co-op mode that the game gets its name from is local splitscreen. Even if I wasn’t social distancing right now, I can’t imagine it would be fun to share the same iPad with a friend. But online multiplayer is planned for the future, and I’m looking forward to trying that. I also would love to see more save slots so I can experiment more with the different campaigns without having to delete existing ones. And iCloud sync would be a very welcome feature so I could take the same game with me in my pocket.

Despite my few complaints and feature requests, I’m completely obsessed with Kingdom Two Crowns and thrilled that I finally got the game I always wanted. Even when I think I’m ready to take a break, I start thinking about it and planning out my next move in my head. Everything just comes together to make such a compelling game that’s hard to put down. It also includes GameCenter leaderboards for those who are competitive, as well as all the same achievements available on Steam. And the developers have plans for future themes to add even more replay value. Whether you were a fan of the original, got frustrated with it and quit, or simply never tried it, you absolutely should play KTC. I usually avoid games that demand hours and hours of my life, but there’s something so meditative about this world that I just happily get lost in it. If you’re looking for a game that has challenge and depth but is also forgiving, download Kingdom Two Crowns and help rid the world of the Greed. And if you still need more convincing, try watching some of my gameplay videos here.

Syberia by Microids On Sale for $0.99