Sumo Digital and The Chinese Room somehow managed to keep a tight lid on their latest Apple Arcade title, Little Orpheus, until the very last moment, so I hadn’t the slightest clue what to expect from it. Their teasers in the days leading to its release included cryptic quotes and two-dimensional artwork that turned out to be from the game’s opening theme, but nothing like the game itself. As intriguing as they were, they didn’t prepare me in the least for the epic adventure I was about to embark on. Little Orpheus is like one of my favorite games, INSIDE, but with dinosaurs, lush jungle environments, a humorous script and top-notch voice-acting. It’s the kind of game that reminds me why I have an Apple Arcade subscription, and I couldn’t be more thrilled with it.

You play as Soviet cosmonaut Ivan Ivanovich, who was sent in 1962 to the center of the earth in his exploration capsule named Little Orpheus. His mission was to see if the core was inhabitable. But instead, he disappeared and emerged three years later with no sign of Little Orpheus or the nuclear bomb that powers it. Now, he has to explain to General Yurkovoi what happened to Little Orpheus and convince him not to have him executed as a traitor. You then play through the cinematic tale Ivan tells, which involves swinging from jungle vines, outsmarting a hungry Tyrannosaurus rex, avoiding the sight of the enslaved Menkv, and ridding a giant whale of nasty parasitic worms. Some of my favorite moments included a dinosaur egg, the appearance of a real-life cuddly astronaut, and catapulting hapless walruses through the air. Every time Ivan gasped in wonder, so did I. 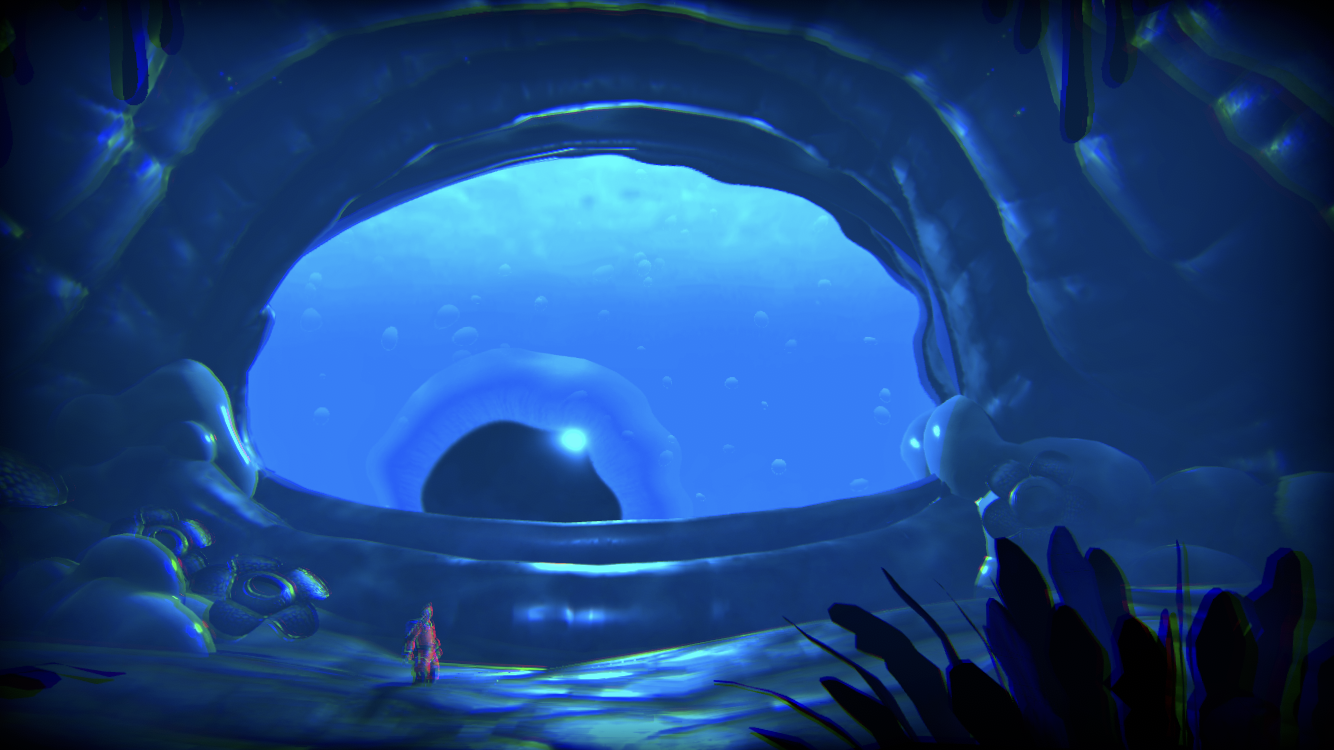 The story is broken up into eight episodes, each taking about half an hour to play through, which is perfect for a mobile game. That said, this is one you’ll want to experience at home, fully focused and plugged into headphones. Every frame is photo-worthy and rushing through these visuals so you can play on a commute doesn’t do it any justice. And like I said earlier, the voice acting is superb, with Ivan and the general taking jabs at each other between action sequences as well as during them. There is a lot of dialogue in the game and you’d be robbing yourself of half the charm by playing without hearing everything clearly. The soundtrack from Jim Fowler and Jessica Curry is also phenomenal, making it feel like you’re truly playing through a movie. I didn’t even mind listening to the opening theme at the start of each episode — in fact, I looked forward to it.

The controls in Little Orpheus are super simple, similar to those of INSIDE. There’s absolutely no onscreen buttons or user interface of any sort. You simply swipe left and right to run and then tap to jump. If there’s a rope to climb, you swipe up. You can also tap near objects such as switches to interact with them, and tap and swipe to drag things like boxes so you can jump on them to reach higher platforms. I played the entire game on my iPad and appreciated the lack of buttons and the ability to place my thumbs anywhere along the sides so I was comfortable. For the most part, it worked out well, though I occasionally had issues where my jumps didn’t go far enough and I’d slip off the ledge to my doom. There are some sections that require fast reflexes and can be a little tense, but I found the game to be on the forgiving side. It wants you to get through the story and not be stuck on one action sequence for twenty minutes. The controls are so pared back that — as with INSIDE — you can play with just one hand on an Apple TV remote. Still, a controller is going to give you the best experience and, from the little I played with one, I would recommend it if you have one available.

I did have a few small issues with the game, but nothing that truly dampened my experience. I encountered a couple of bugs where Ivan got stuck in place, but the developers are already working on a fix. It also only happened twice in my entire playthrough. I did notice the occasional stuttering on my 2017 iPad Pro, though I’m not sure I can expect games of this caliber to run perfectly smooth on a three-year-old device. I also didn’t like how some of the more difficult sections had dialogue over them, so if I died I had to repeat a large chunk of the narration. In fact, I missed a lot of the story in the seventh episode because it was nearly nonstop and I was too focused on not falling to my death. I might even just watch my video for that episode to see what I missed, since replaying it would probably just have the same result. Most of the game did a pretty good job keeping the dialogue to more relaxed moments, but that one episode floundered in that regard. Still, it’s a small issue in a game that’s otherwise firing on all cylinders. 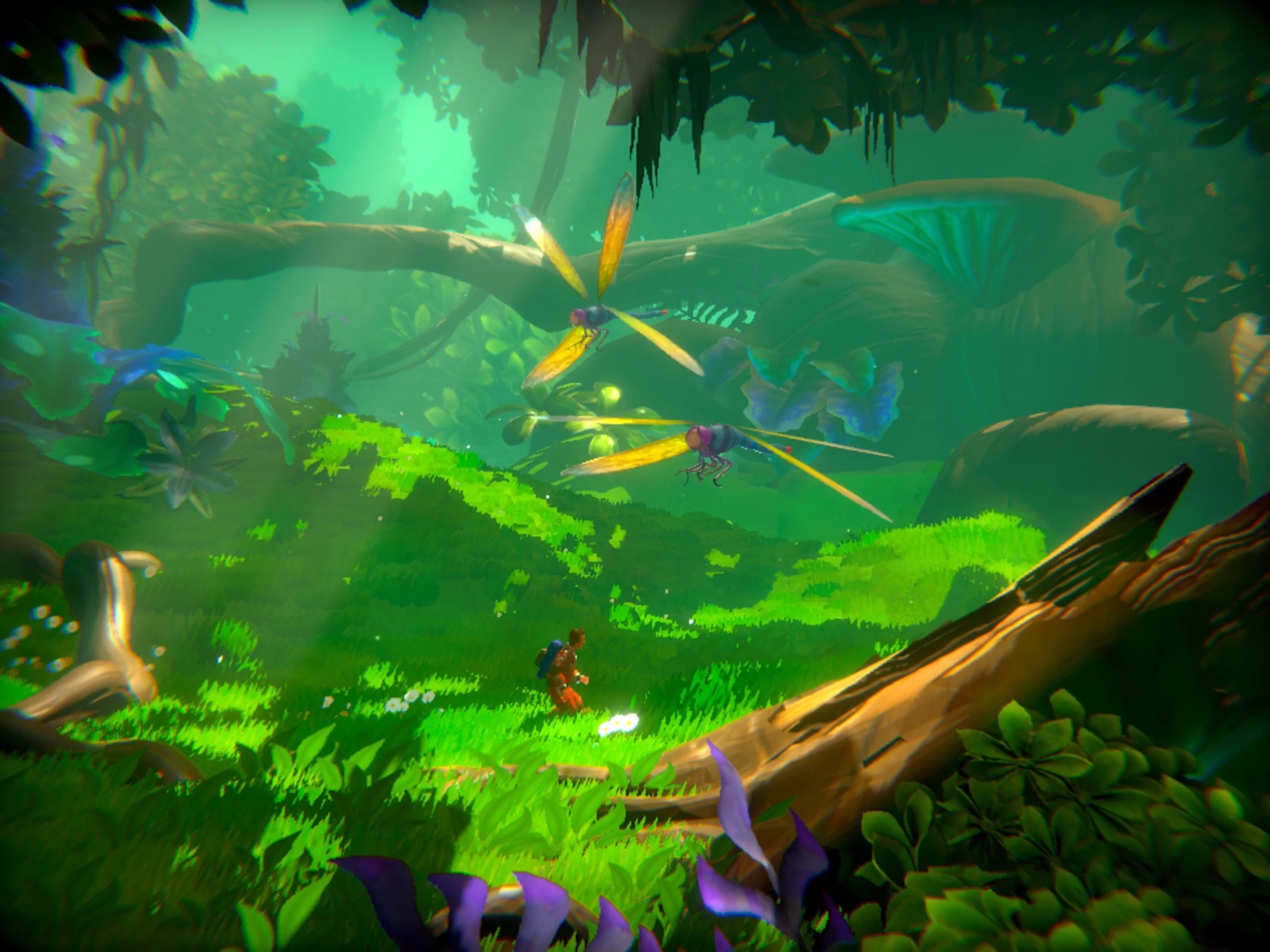 This is more of a niche request, but I would have liked more checkpoints you could return to, like the way INSIDE does it. The game is just so stunning and full of charming moments, that I want to be able to go back to my favorite scenes without having to start from the beginning of an episode. I want to be able to show off certain sections to friends by just scrolling through a list of checkpoints. It’s not a necessity, but would just be a nice feature to have. With a game of this quality, I could see myself returning to it every once in a while, and I would like to not be limited to playing entire episodes over.

Now, I don’t want to spoil things, but I’m personally a big fan of the ending. I especially liked it after doing a little bit of research and learning that “Ivan Ivanovich” is the Russian version of “John Doe.” On top of that, the Russians sent a crash test dummy named Ivan Ivanovich into space in 1961. That seems like too much of a coincidence not to have been part of the inspiration for the game. Again, I don’t want to discuss the ending, but I do wonder if we’re meant to be playing that crash dummy, at least on some level. Ivan is certainly clumsy enough (at least when I play him), and his story is one that’s hard to believe. At the very least, it gives us a lot to dissect and I would love to spend more time doing so. But it also works as a lighthearted tale full of adventure if you’re not interested in looking below the surface. 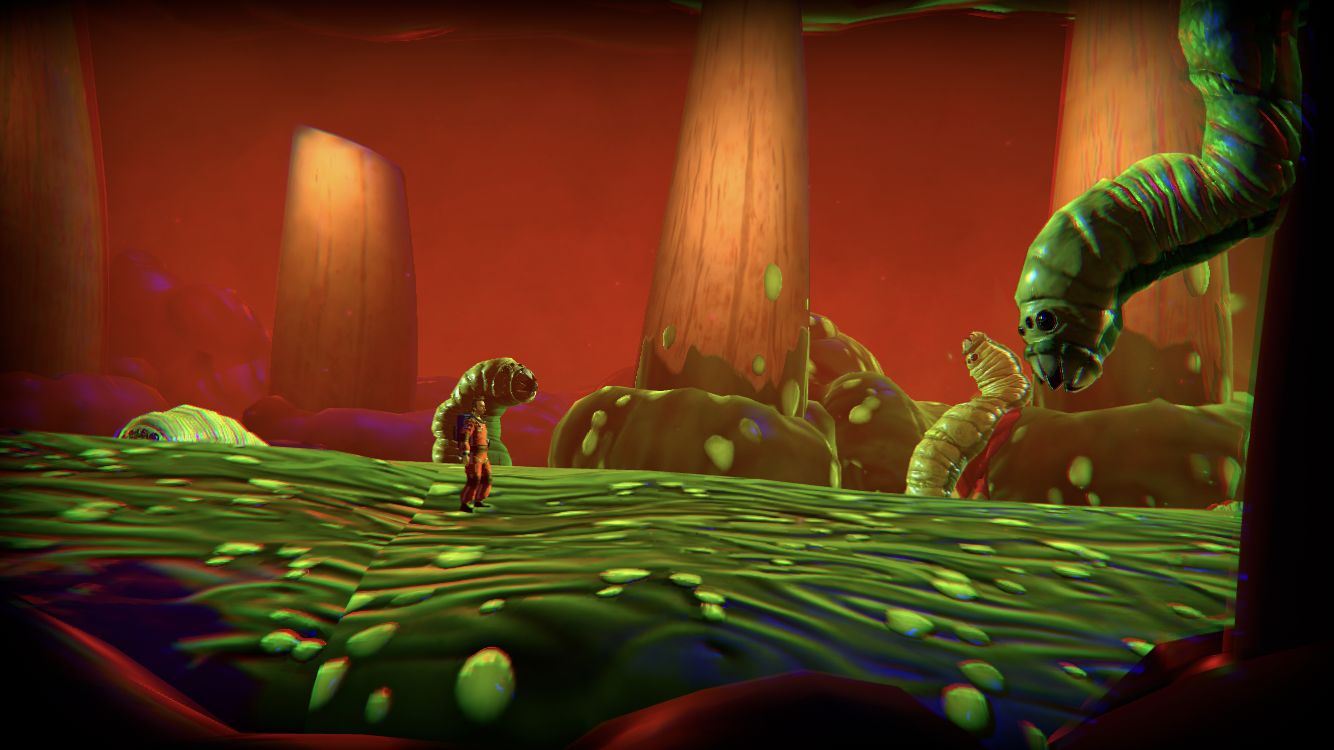 Since I started playing Little Orpheus, I haven’t been able to get it out of my head. It’s exactly the kind of game I want out of my Apple Arcade subscription. It’s lighter on puzzles than other games of its ilk, but I actually didn’t mind that. I appreciated being able to keep moving at a brisk pace and not lose momentum. That helped it feel like a movie or mini-series, which is clearly what the developers were going for. The end result is what I imagine you get when developers have their vision fully realized without compromise. If you have an Apple Arcade subscription, go play Little Orpheus right now. And if you don’t, consider getting a subscription so you can. It’s that good.

Tormentum – Dark Sorrow: How To Get The Good Ending (Walkthrough)