There are some games you know are made for you just from a couple of screenshots or GIFs. That’s how it was with The Almost Gone from Happy Volcano and Playdigious. I’d been eagerly awaiting its release since I first caught glimpse of it, with its single-screen dioramas and low-poly art style. After playing through it, I can tell you it was certainly worth the wait and the hype. While perhaps not the most difficult puzzle game out there, the sense of exploration and discovery as you rotate each diorama and the clever ways scenes are connected to each other make for an unmatched experience. I wrote a bit about it a few weeks ago, but want to go into more detail now that the release day is here.

In The Almost Gone, you explore your old memories on a journey to find a treehouse that seems to hold a lot of importance. These memories take shape in the form of dioramas that represent your childhood home, neighborhood and other notable locations. The story is darker than you would expect and is told primarily through descriptions of objects that you tap on. So it’s up to you whether you want to pay close attention to the narrative or focus more on the puzzles. I fall in the latter category and found the story to be a bit too cryptic, perhaps requiring a few play-throughs before I understand it fully. But even if I were to ignore the story completely, there’s an incredibly compelling game here, thanks to its puzzle and environmental design. 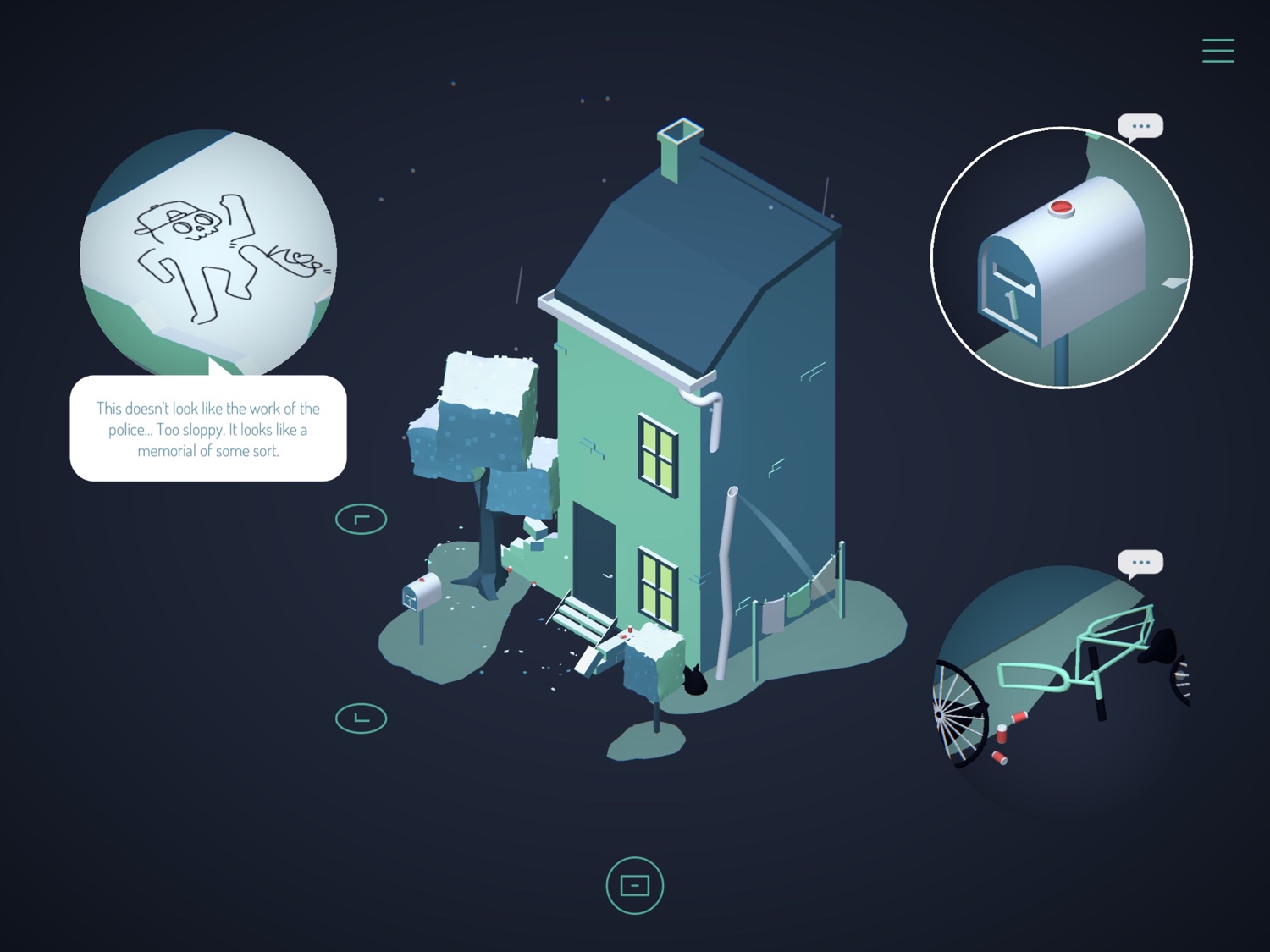 The way the game works is that you’re shown a piece of a larger area in the form of a three-dimensional diorama that you can swipe to rotate to see from different angles. If there would normally be a wall blocking your view, it instead disappears so you can see through it. The idea is to look for objects and clues like you would in a point-and-click adventure game. To access another part of the scene, you swipe the whole diorama in that direction and watch it fly off the screen as another slides in. On iPad, everything is more spread out and in landscape mode, so you’ll be able to see all the interactive spots you found — such as a door lock or poster of the cosmos — as little bubbles scattered around the diorama itself. There are also arrows that tell you which directions you can swipe in to minimize confusion. On iPhone, since there’s less space to work with, it plays in portrait mode. To keep things legible and easy on the eyes, you only see one thing at a time. So if you tap on an object to observe it, that object will fill the screen instead of opening off to the side. The whole design is both innovative and elegant in its presentation. I’ve seen other games try a similar isometric room view, such as Nox, but it was clunkier overall and more focused on stumping the player with obtuse puzzles than providing a satisfying experience.

As I said earlier, the puzzles aren’t the trickiest. But that doesn’t mean they’re not clever. One of my favorites involves following a laser from diorama to diorama and manipulating things in the environment to reflect the laser elsewhere. There are also treasure maps that help you find objects you wouldn’t know to look for otherwise. And my absolute favorite is the chapter that centers around redirecting pneumatic tubes around a room so you can shoot capsules through them to specific spots. There are also a few subtle environmental clues that create a eureka moment when you notice them — but even if you don’t, you can fudge your way through those puzzles and maybe notice those clues on your second play-through. Overall, I was impressed with the puzzle design and the way it all ties together with the story and the environments, instead of just being tacked on because the game needs puzzles.

Now, as much as I enjoyed the game, I do have a few complaints. There’s currently no iCloud sync, but the developer said it should be added in an update. Additionally, the game only works with the Home button on the left on iPad, which is inconvenient and awkward for me. I also found the swiping area on iPad to be a bit tight and too close to other interactive elements. I wish I could swipe at the top of the screen, too. But my biggest issue is that there’s no way to replay individual chapters once you complete the game. This is especially problematic because there are hidden achievements that I haven’t found yet even with the icons and names shown on the Steam version (they’re just blank on iOS). I want to try and find them, but it’s too tedious to keep playing through the entire game instead of individual chapters looking for them. Most chapter-based puzzle games offer this option, and I was really surprised it was missing here. Hopefully it will be added in an update. But if not, you might want to just not worry too much about those extra achievements. 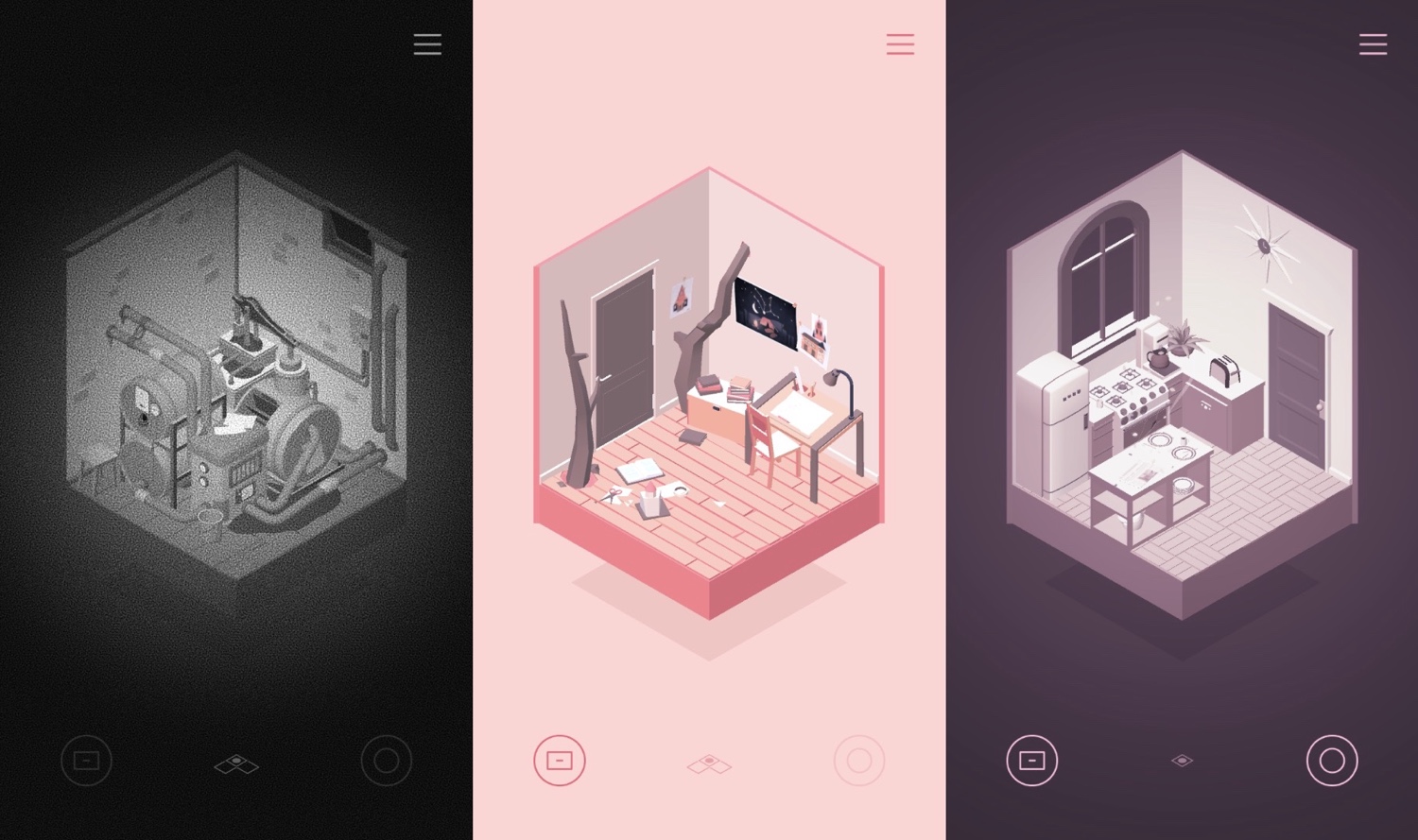 Overall, I’m quite impressed with The Almost Gone. Exploring all the nooks and crannies through simple swipe and tap controls makes for a relaxing but engaging experience. The writing didn’t always grab me, but I still appreciate how the developers approached disturbing and emotional topics with sensitivity and subtlety instead of hitting us over the head with them. I still want to replay it and focus more on those story details, but I do hope they add the ability to revisit individual chapters. In any case, if you’re a puzzle fan and not turned off by darker subject matter, I highly recommend playing The Almost Gone. So download the game here and discover what’s waiting for you at the treehouse.