Beyond a Steel Sky is the sequel of Revolution Software’s classic point-and-click adventure, Beneath a Steel Sky. It’s a 3D third-person game instead of 2D, and you’re move around using an invisible joystick. But as with the original, there are lots of puzzles to solve. So this walkthrough guide should help you if you get stuck. Feel free to ask for extra help in the comments section.

In this video, I take you through these steps:

Talk to Joey to get some ideas. Then head inside towards the elevator and use the intercom to talk to Astrid. She tells you she won’t let you up to the control room and she won’t come down.

Talk to Raquel near the VIP lounge and find out what you can from her. She doesn’t remember you!

Go downstairs and the fireworks projector. Then hack it and swap it with one of the holo ads to shut it off. It’s not enough, as no one really notices.

Use the sprinkler controls to turn them on. Alonso will then go and shut them off. While he’s here, notice that the nearby holo ad changes to one for Alonso about vermin.

Hack the Spankles machine to make the alarm go off instead of giving a Spankles. Again, Alonso will show you to deal with it and again the vermin ad will show up on the holo ad nearby.

Astrid will come down and now you can take the elevator up to the control room.

Once in the control room, use your crowbar to remove the vent cover. Climb through and follow the shadowy figures.

Along the way, you’ll have an option to watch the Aspiration speeches. I chose to listen, but I only heard Tarquin’s speech, I guess because Reginald didn’t want to recite his private poem. I was hoping he would have no choice.

When the speech ends, continue on for some cutscenes. I ended the video as I took control of Joey.

In this next video, I take you through these steps:

We’re now playing as Joey in the Reflections Spa. Head down the stairs and examine each of the rooms. Notice Foster and Ember are in room 3.

Use the console on the center of the room. Switch to room 5 to see that one of the kids in there is Milo!

Now, choose one of the rooms that the android isn’t close to and power down one of the empty chairs.

Then quickly run to that room and go behind the chair and press the button. The android will come to fix it. While he’s on the railing, push him down!

Head back to the main room. Orana will come down and then you’ll be playing as Foster again after a cutscene.

Joey wants to show you Milo, so follow him for another cutscene.

Then leave the room again for another cutscene. At the end, they decide that you and Joey should leave to find Leet while Ember and Orana stay with the kids.

Head towards the exit and continue along the path. You can examine the windows you pass. Eventually you’ll just be automatically taken back to the recycling center.

Head to Leet’s place and swap out Joey’s motherboard to the stunning robot to give him an upgrade.

Walk around and notice Leet is dead. After talking to Poppy, sit in the LINC Interface chair to enter MINOS again.

Follow the path and use the navigation tool to open up a path to the Qdos area. Head through the door.

Talk to Leet’s hologram to hear the message he left before dying. I’m still working out the Qdos-balancing puzzle, so I stopped the video here.

In this video, I take you through these steps:

I figured out the Qdos puzzle! If you divide by 0, you get infinity. So give ALL CITIZENS infinity Qdos! Now the kids should be able to board the train. 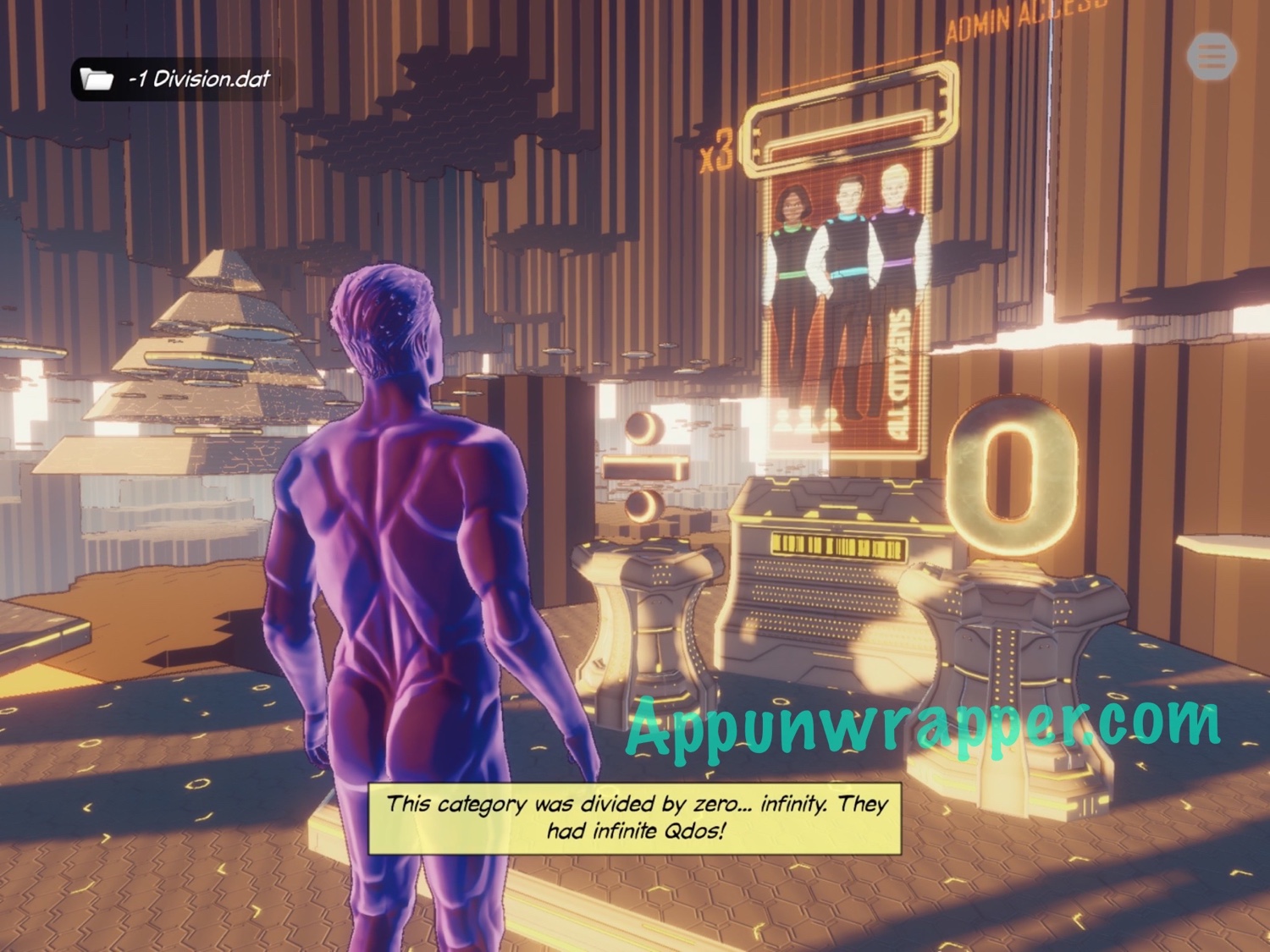 Back in the real world, talk to Joey and then try to leave the recycling center. Two droids appear so you need a distraction!

Open the moonshine tap and let it spill out onto the floor. Then ask Joey to light it on fire.

Once you have control again, head towards the exit and you’ll bump into Poppy. Then you’ll automatically be back at the city gates with the truck full of children. Milo is here and safe!

You need to find a way to open the gate. Talk to everyone if you want. Then hack the elevator controls so you can get inside. Then take it up.

Head outside through the door to the left. Then head down the several flights of stairs until you come to an office door. Alonso is inside there with Songbird!

Take out your hacking device and walk around a bit with it until you get three things together that you can hack — Storm Shutters, Anemometer, and Gun Controls. Swap the Green and Red and then swap the Manual Fallback and Send Shutter Alert. That will cause the storm shutters to close and Alonso and Songbird will come out.

After another cutscene with Alonso, head inside the office.

Head towards the screens and get your hacking device out. Hack the Land Train Doors with the Signal System and swap Land Train with Main Gate. 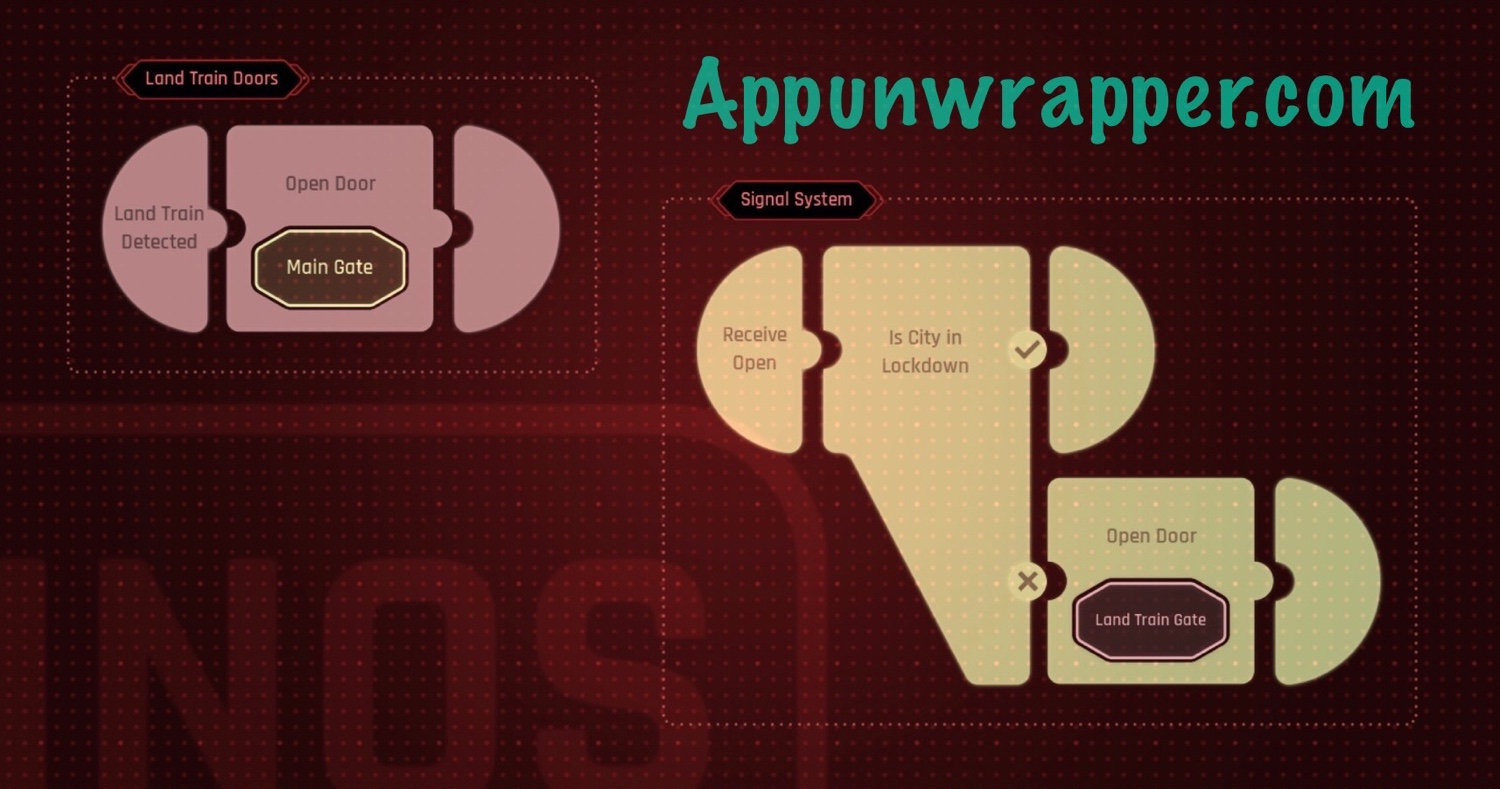 If you go near the left window, you can see there’s a satellite. But if the blinds are closed and it doesn’t show up when you hack. So head back outside and hack the Storm Shutters again so the window blinds open.

Go back inside and test your scanner to make sure the satellite appears on it. Then head to the other side of the room where there’s a toaster. Hack the Toaster with the Satellite Dish and swap Heat with Transmit to Land Train Fleet. Then press the lever on the toaster. (NOTE: In my video, loading an old save opened the window blinds, which I didn’t notice. That’s not supposed to happen. You need to do it manually.)

After a very long cutscene, you’ll be with Orana at the entrance of the Citadel. Go through and meet the Council.

Then the droids head towards you, quickly pull out your hacking device and use it to tell the stalkers to attack the androids. 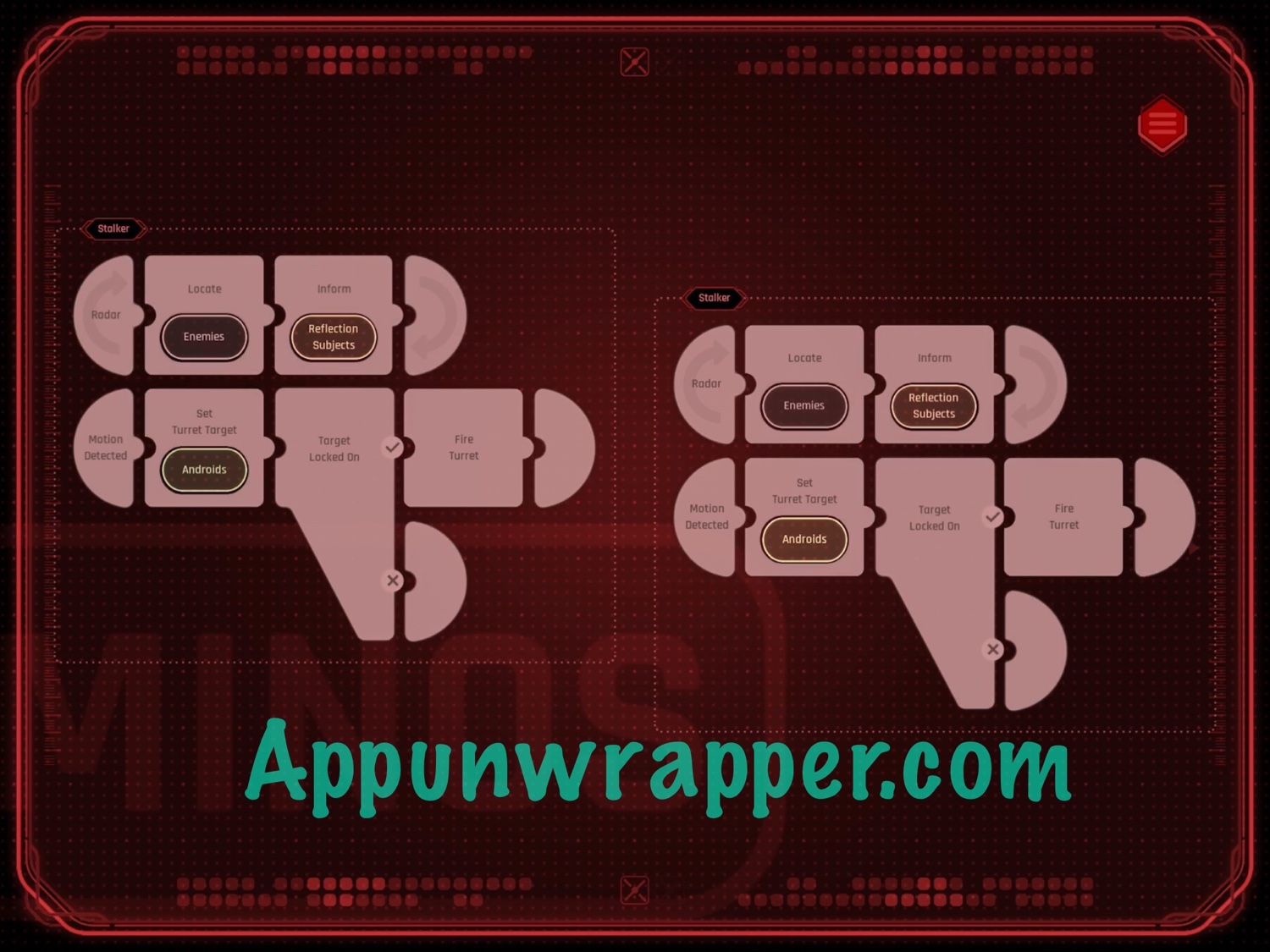 Then there’s another cutscene and I stopped the video in the Overmann Chamber.

This is the end of the game. Just go through the door and then sit in the Overmann Chair to enter MINOS again and face Joey one last time. Solve each of the rotating cube puzzles and then watch the ending.