I don’t usually gravitate towards games that are played a few minutes a day, as I tend to forget about them. I don’t want to have to remember to log in and water my plants or feed my digital pet. I already have a real life cat for that. It’s especially problematic for me if said game is designed around getting you to spend money to speed things up and do more in a day. But George Batchelor’s Bird Alone is different. It simply wants you to foster a relationship over time, no strings attached, with a lonely but philosophical parrot. Since I’ve only been playing a few days, this isn’t a review so much as a reflection on my experience so far.

The first thing you do in Bird Alone— after giving the game permission to read your location and mirror the weather — is introduce yourself to this very excited parrot. You also get to name him, since he’s never had need for a name before. He might ask you how you’re feeling or whether you ever like to be alone. There are no wrong answers, but your new friend will remember what you said and follow up on it on your next visit. He’s also a very slow thinker, so he can only come up with one or two questions or activities per day. This means you’ll be spending only about five to ten minutes with him each day, though you can still check in once in a while to get a cute reaction out of him. 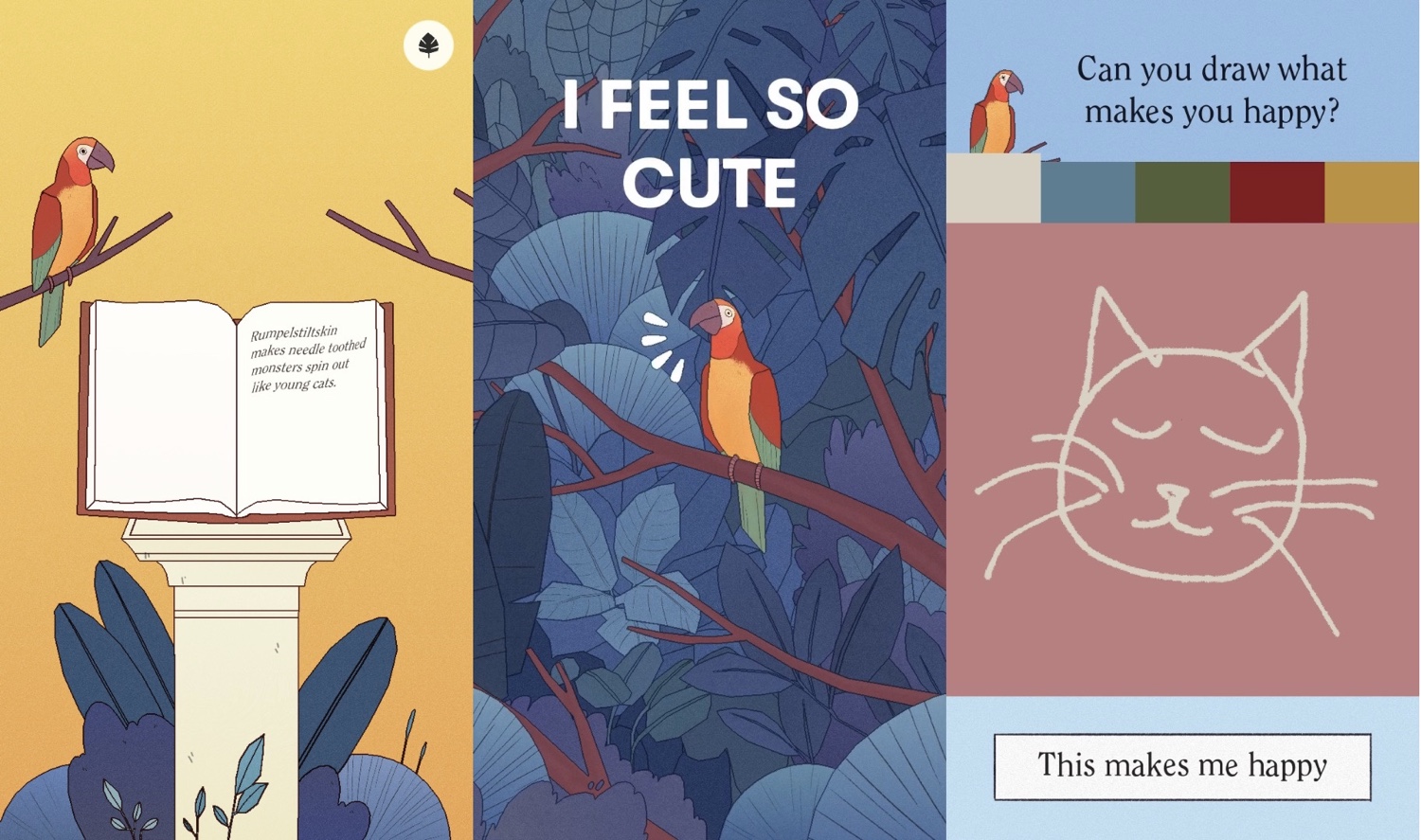 So far, the activities have involved drawing, planting musical flowers, writing poetry together, and even playing music while he sings along. The flowers we plant in the garden bloom over time and the strange poems get added to a book so I can read them whenever I want. None of this will challenge you, but considering how stressful these last few months have been for me — and everyone else — it’s just really nice to open the app and get my friend Sammy excited over the littlest things. It also doesn’t hurt that he keeps showering me with praise and tells me he loves me — in the cutest way possible, accompanied by little chirps and squawks. And while he doesn’t require sustenance, oranges grow on his tree every once in a while and I enjoy feeding them to him between belly rubs.

The artwork also helps keep me interested, with 2D environments that have depth to them, aided by the parallax effect you get when you tilt your device. The parrot moves realistically and has all sorts of little quirks. You might even catch him just quietly bobbing his head. The environments are also interactive. You can brush your finger against the leaves to make them rustle, run your hand through the cascading waterfall, or tap the flowers you grew to play music. 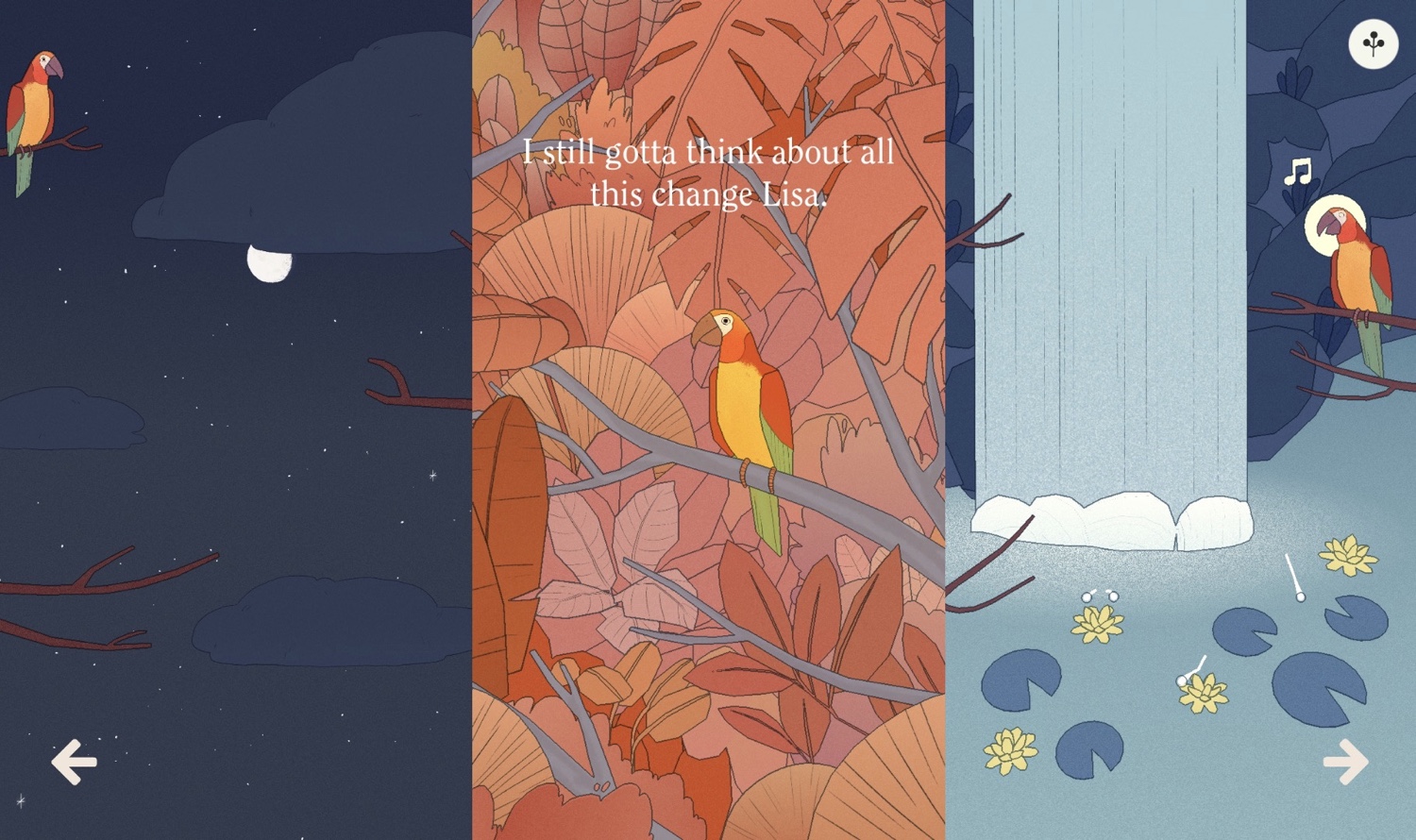 I’m not sure what’s in store for me and Sammy in the future, but he’s had some sad days and already he seems to be having a small existential crisis due to the changing of the seasons. He’s concerned about either of us disappearing. I’m a little worried about where all this is going, but for now I look forward each morning to my bonding time with Sammy. I usually visit him right after I feed my cat, so it’s becoming a sort of ritual. If you, too, need an encouraging friend to lift you up during these troubling times, go grab Bird Alone and start nurturing a relationship with your very own talking parrot.