Somehow I never heard of teamCOIL’s PUSS! before, and I was still scratching my head when I read the announcement they sent me about its upcoming mobile launch. But it’s hard to ignore the sheer absurdity of the screenshots and trailer, so I didn’t waste much time before booting it up. I’ve never done drugs, but the developer is clearly going for an acid trip aesthetic and I am here for it. So far, I played through the first crazy world and am eager to jump back in for more punishment.

If you distill PUSS! down to its core mechanics, it can basically be described as an avoidance game. You control a cat and have to move her through shifting mazes full of obstacles to get her to the portal that takes you to the next maze. If you nick a wall, you’ll likely be fine, but if you hit a wall head-on or spend too much time touching it, you’ll lose a life. The mazes you’ll encounter are randomized, and some might be a cakewalk, while others had me about ready to throw my iPad against a wall. If you make it through all the mazes in a world, you’ll enter a boss battle that takes things up a few notches. 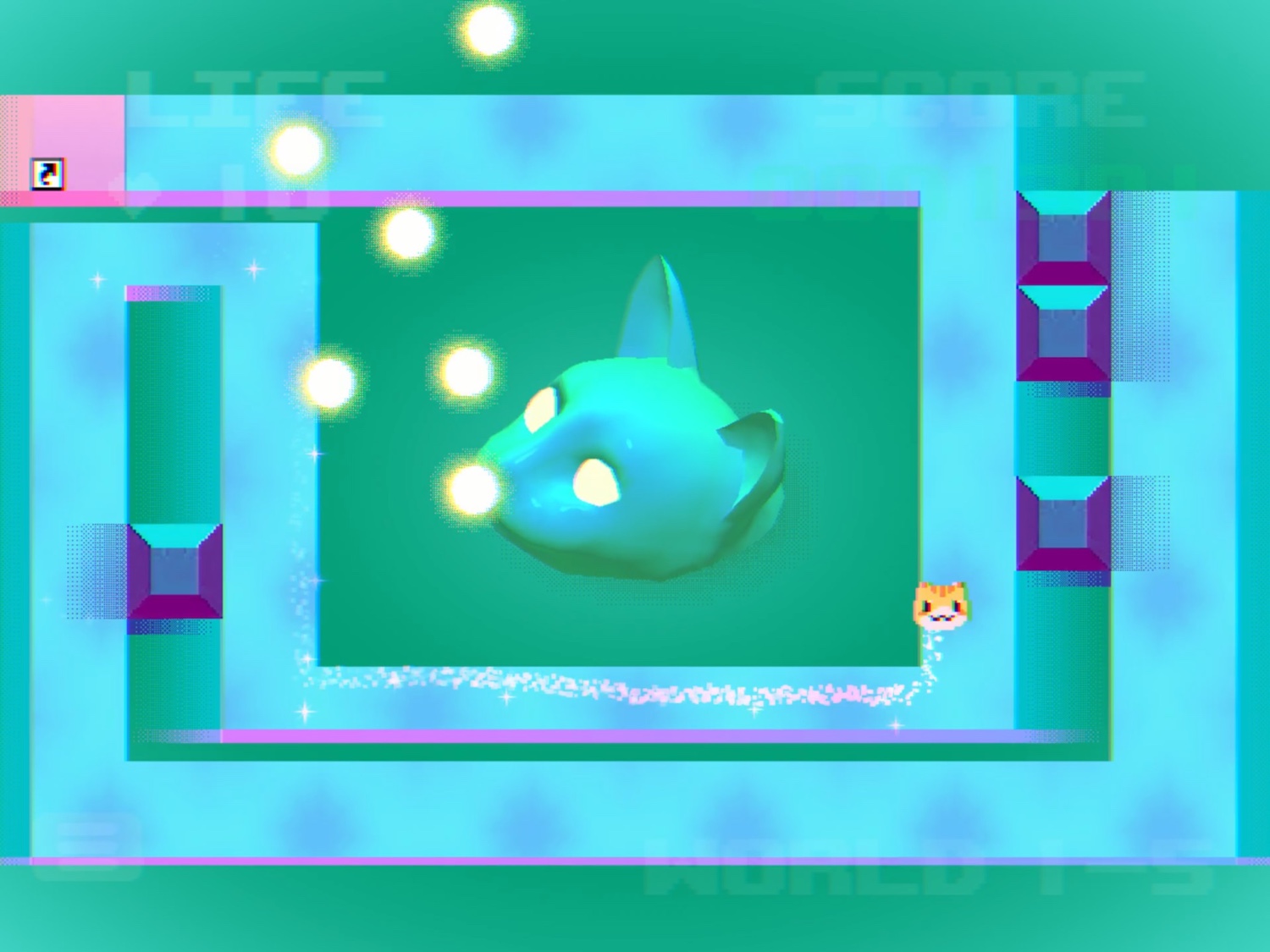 All the while you’re doing this, your senses will be overloaded with the glitch effects, psychedelic art, dolphins, a bizarre voice-acted story, fitting soundtrack, and this fantastic rolling cat. As much as I kept dying in my first two attempts at the first world, I just had to go back in for more. As you start to get the hang of things, the game is surprisingly forgiving. Once you’ve solved a difficult maze, it gets a bit easier to do it the next time. And you earn extra lives as you gain experience, so if you don’t mess up too badly, you can stockpile a nice collection of lives for the boss battle. And while this is a roguelike to some degree, you only have to restart each individual world, not the entire game from scratch. So I think it gives players a lot of room to improve without too much tedium.

As for the touch controls, your entire screen is the joystick — or perhaps relative touch is a better description of it. You drag your finger across the screen anywhere and your cat moves in that direction. It’s a bit overly sensitive, but lowering the sensitivity did help, and I appreciate that there are no buttons to worry about. I imagine it’s easier with a controller, since it’s hard to go in a completely straight line using touch. At the moment, there’s no controller support or iCloud sync, but both are planned either by release or shortly after. There are also some scoring bugs but the developers are aware of it and said that should be fixed, too.

I’m looking forward to spending more time with PUSS! and will hopefully have further impressions for you closer to release. But if you can’t wait, check out my gameplay videos above and pre-order the game if it looks like something you’d enjoy. PUSS! releases on August 6th for the low, low, price of $2.99 and will have no ads or IAPs.