The Machine’s Garden
By: Too Much Tomato

I love when a puzzle game seems simple at first, then quickly opens up into a brain-splitting monster that shows no mercy. That’s what happened with The Machine’s Garden from Too Much Tomato. It starts off as a basic line-drawing puzzler on a hexagonal grid, but before long new mechanics are added that completely change everything. The goal remains throughout to cover every tile, but doing so becomes quite challenging in later levels. This is not a long game, but it’s one that’s very much worth your time and money.

As I said, the game starts off as a simple path-drawing puzzler. There are no instructions, as the developer instead chooses to teach through play. The first few levels are familiar, as you just grab your gemstone and draw a line to cover all the tiles in the maze. But soon new tile types show up, and it took me a couple of puzzles to really understand how they work. Basically, when you land on an arrow tile, it sends you to the closest target in the direction it’s pointing. It doesn’t matter what’s between those two tiles, or even if there’s anything at all. You teleport there and ignore all obstacles. This is useful in accessing tight spaces that might otherwise be unreachable. But there’s a catch — there has to be a target to land on or you won’t be able to move to the arrow. So you have to be careful not to cover all the target tiles before you’ve used all the arrows. It might not sound too bad in theory, but it’s utilized in clever ways along with the other mechanics. 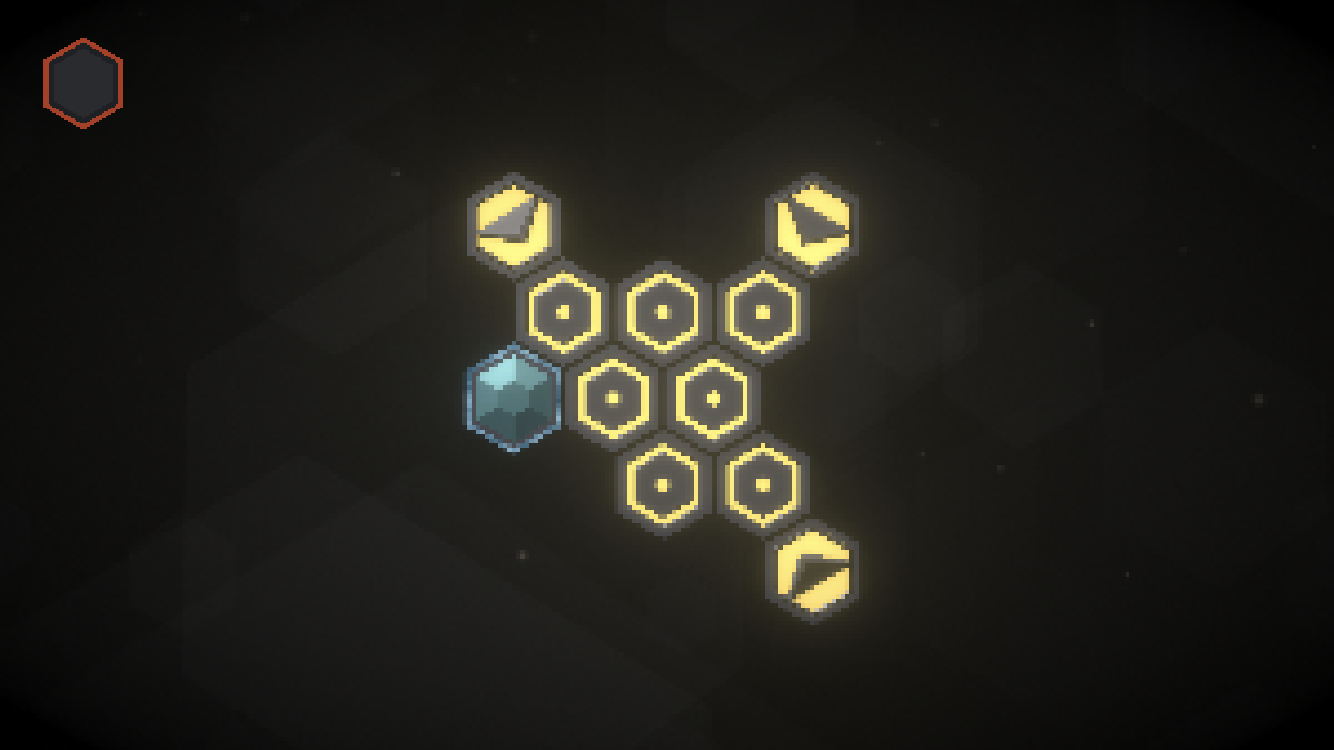 There are two other special tiles you’ll encounter as you progress through the game. One is orange with little blockers on one or more sides. That blocker prevents you from moving in certain directions, so you have to get creative about the path you draw. It also means planning out exactly when you should roll over that tile. The other tile you’ll encounter is pink and it creates mimics of your gemstone. Once you form those clones, all gemstones have to move in sync. If there isn’t room for one of them to move, then none of them can move. This is by far the trickiest mechanic in the game, and it creates some serious head-scratchers when combined with the others. 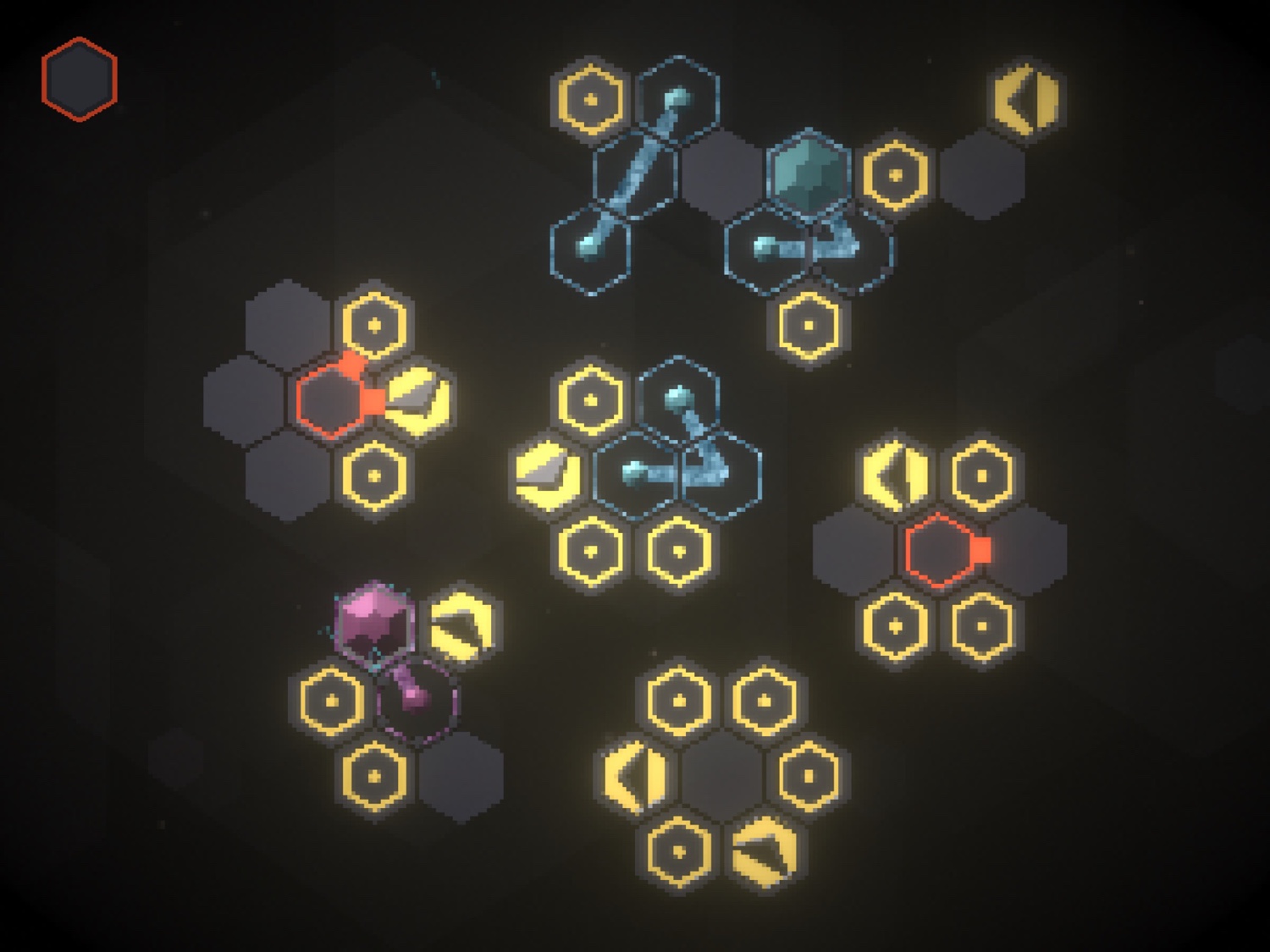 Thankfully, the game doesn’t have any timers or other constraints. It’s just you and the puzzles, and you can rewind your moves as much as you need. That said, I did have some issues with the controls. There are two ways you can move around. You can draw a path directly on the tiles or you can swipe and drag your finger anywhere on the screen to make your piece move in that direction. The problem is, it requires very deliberate swipes, which sometimes lead to mis-swipes and my gemstone heading in the wrong direction. It’s especially bad on iPad, though the developer is aware of it and working on a fix. The other issue is with the rewinding. You can tap on any tile you’ve drawn over to erase everything after that point. It’s fun to watch the path rewinding, for sure, and if you intentionally erase your path then it’s great. But too often, I would swipe to move and accidentally hit a tile and undo most of my solution when I was close to the end. It can be quite annoying, but I was enjoying the game too much to let it stop me from playing. It’s also a fairly short game, clocking in at around thirty-five levels, so it’s not like you’ll be suffering through these controls for months.

There’s also a narrative side to the game. After each puzzle you solve, you unlock a journal entry from the artificially intelligent machine that you awakened. The puzzles were still the main attraction for me, but it was a nice little reward for for my perseverance. I did find it a bit hard to follow the story when it was doled out so piecemeal, but it all comes together if you read it like a short story once you’ve collected all the journal entries. Overall, I liked that there was more to the game than its puzzles, though it would have been just as easy to recommend without the story. 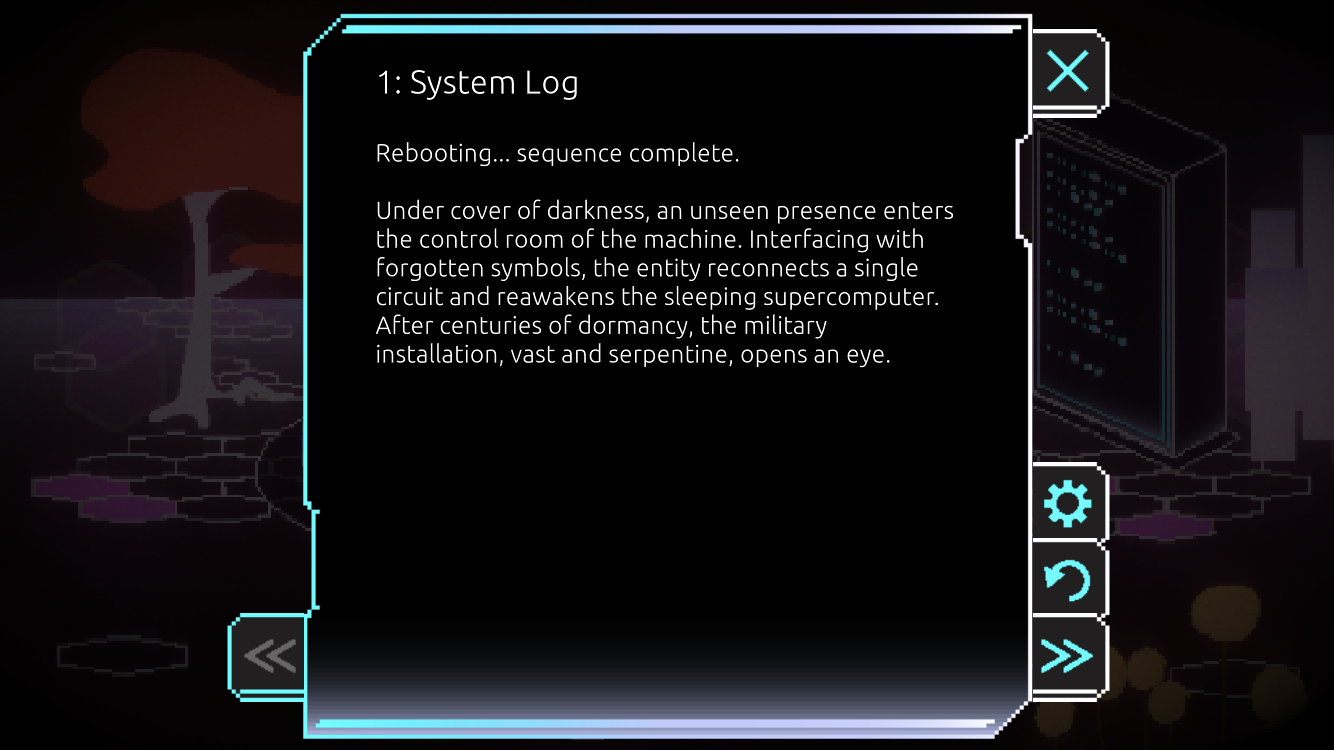 There’s not much else to say about The Machine’s Garden. The pixel art graphics and animations are clean and easy to read, the ambient sounds create a relaxing environment, and the puzzles themselves are incredibly satisfying to solve. Yes, it’s short, but there’s little filler and it doesn’t waste your time. It’s also dirt cheap, so I think you get more than your money’s worth here. I would be happy to play a sequel if there ever is one, but if not, I’m still thrilled I got to experience this little gem of a game. So if you’re a puzzle fan, don’t miss out on this one. Grab The Machine’s Garden here and outsmart its hexagonal mazes.