I was late to the party with Simogo’s Device 6, but could see right away why so many sang its praises. The blend of text and puzzles combined with a compelling story and brilliant use of iOS features made it an instant classic. And while there have been many text-based games since that either mimic a smartphone or add interactivity to text adventures in interesting ways, I’ve yet to see any true Device 6-likes. That is, until now. unmemory, from Barcelona-based developer Patrones y Escondites and publisher Plug In Digital, takes inspiration from other games but goes above and beyond to offer an experience that stands apart from the rest.

As you might have guessed from its title, unmemory has you playing someone who’s lost their memory due to an injury. Sure, that’s a well-worn trope, but it works well here, as you need to piece together what’s been happening based on items you find, photos you’ve taken, notes you’ve left yourself, and even audio recordings. It also allows the the story to jump around a bit, since you have a condition that makes you unable to hold onto memories for long. But the gist of it is that it takes place in the 90s and your girlfriend was one of the Killer Kittens, a group of women who pull off heists as activism and performance art, and you’re trying to find her killer while relying on your, well, unreliable memories. The deeper you get, the more you’ll find out about the Killer Kittens and why they do what they do. You might even become their accomplice. In fact, they want you to hack all eight of their “debasers,” which are locked boxes, and uncover all their secrets. 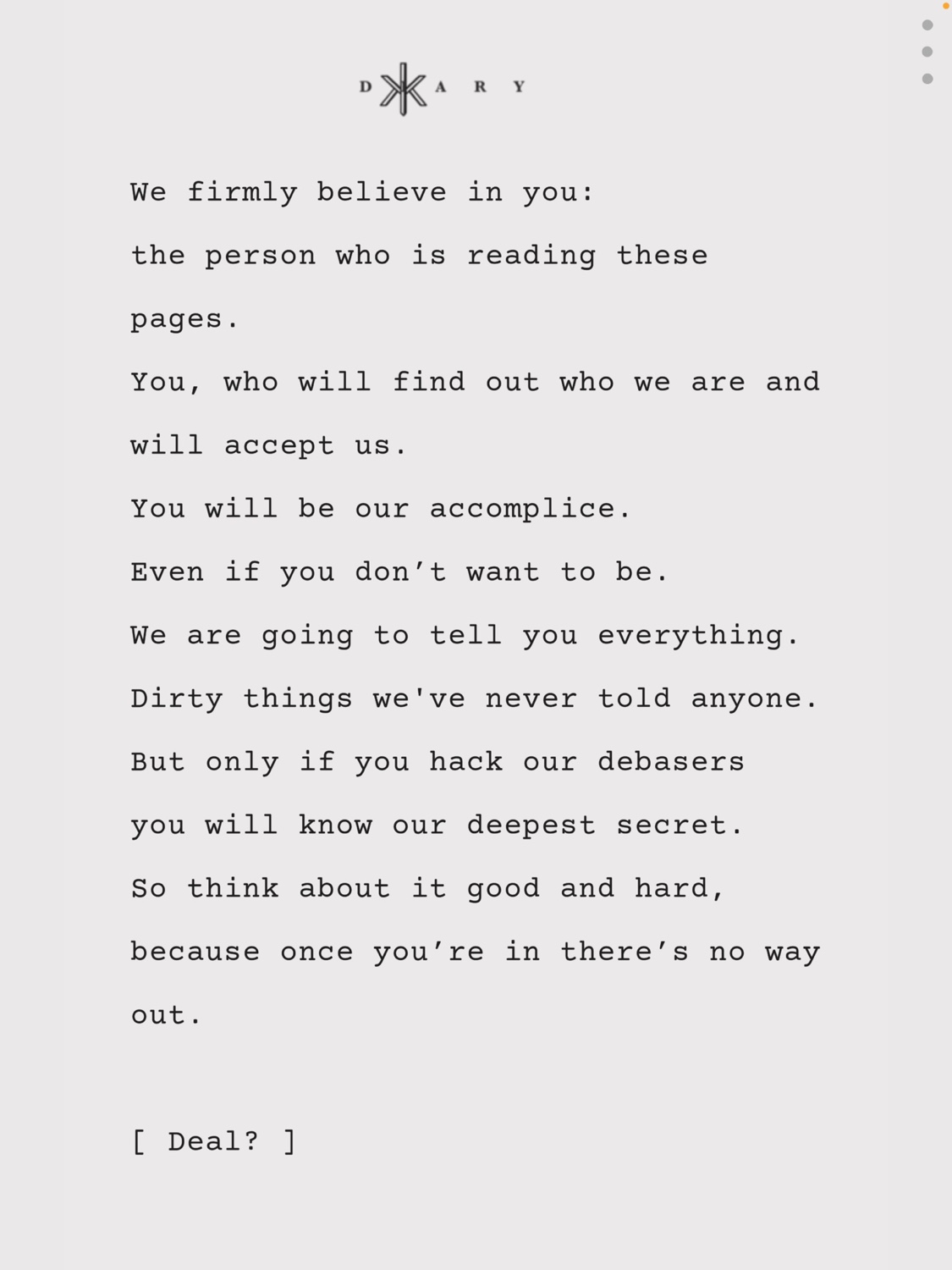 As the press release states, unmemory is “a game you can read” and “a book you can play,” and that’s actually a pretty good summary of it. This isn’t a “found phone” or messaging game. You read it like you would any other digital book, but you’re interrupted by interactive objects like a locked briefcase, a working television, or even a talking parrot. The idea is to look for clues within the text, as well as in the items on screen, and solve puzzles in order to progress to the next chapter. For instance, you might need to look at the back of a photograph for a clue that leads you to a book with another clue inside it, which will eventually get you to the code to unlock a safe. I don’t want to spoil too much, but the puzzles are varied and new mechanics are added as you progress that do some really clever things by playing with sight and sound and even rotating your device. I felt like a proper detective each time I completed a chapter. 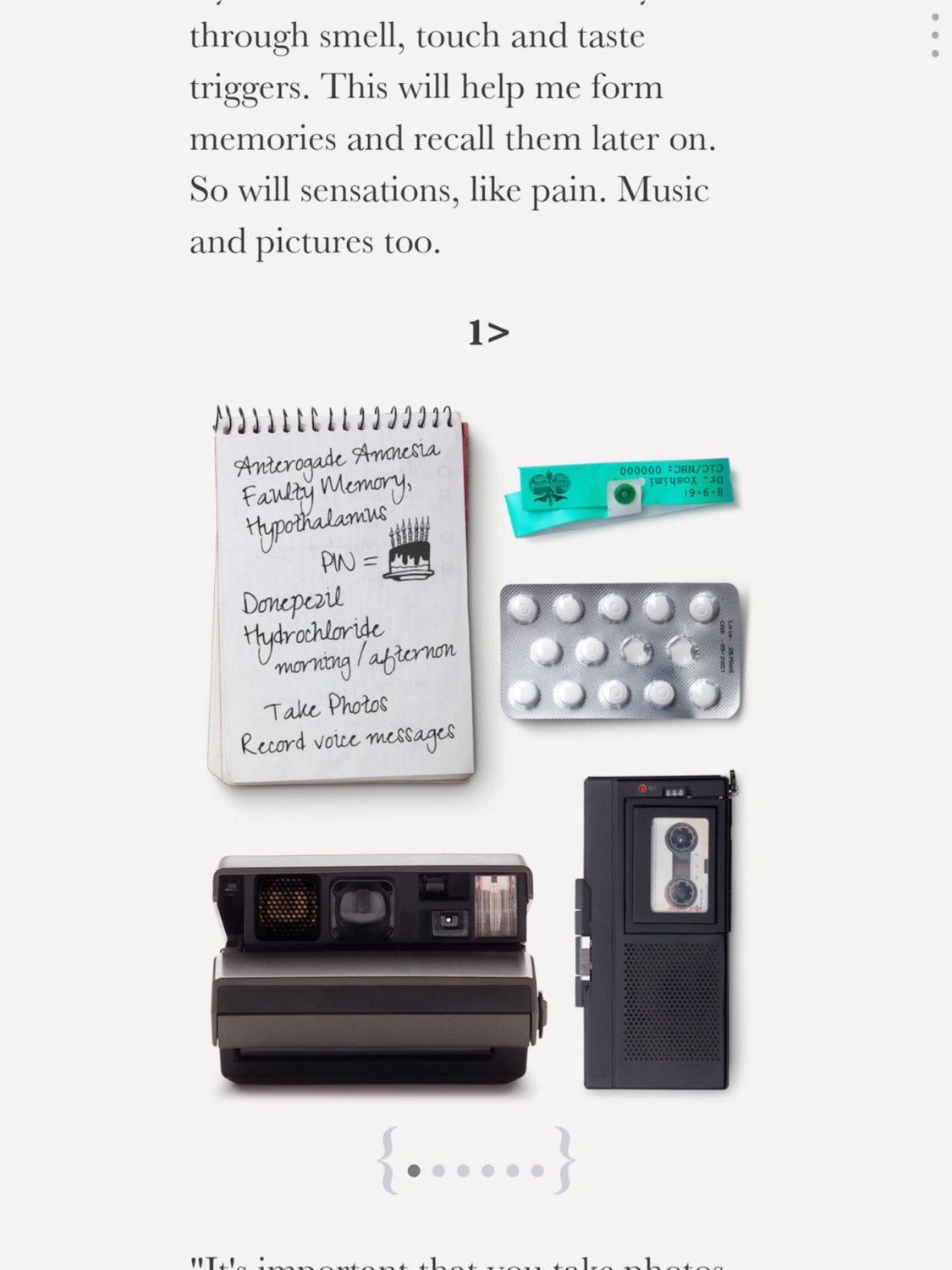 One piece of advice I will give you is to take your time reading to the bottom of a page before tapping things or trying to solve the puzzles. Early on, I made things harder for myself by stopping at puzzles and clues and trying to use them, when I would have gotten more information by just reading past them and coming back after. Once I learned to do that, it became a much more cohesive experience and I also avoided missing out on some text. When in doubt, read! If you do miss out on anything, though, you can easily reset a chapter and find your way back there.

After finishing the game, the story isn’t a hundred percent clear to me, but I think that’s by design. There’s a lot to chew on and the unreliable narrator means you’re not always sure who or what you can trust. It seems like the type of game you’re meant to replay, using your newfound knowledge to put the pieces together. It also takes inspiration from movies like Memento, and there’s tons of pop culture references throughout — both hidden and in plain sight. I’ve also been told there’s an epilogue that I’m still trying to unlock. Each chapter has extras to find that can often be used in other chapters, and even outside the game — a sort of of meta puzzle, if you will. I’ve found some, but there’s still a whole lot I haven’t. So even once you get through the main story, there’s a ton of replay value for those who desire it. 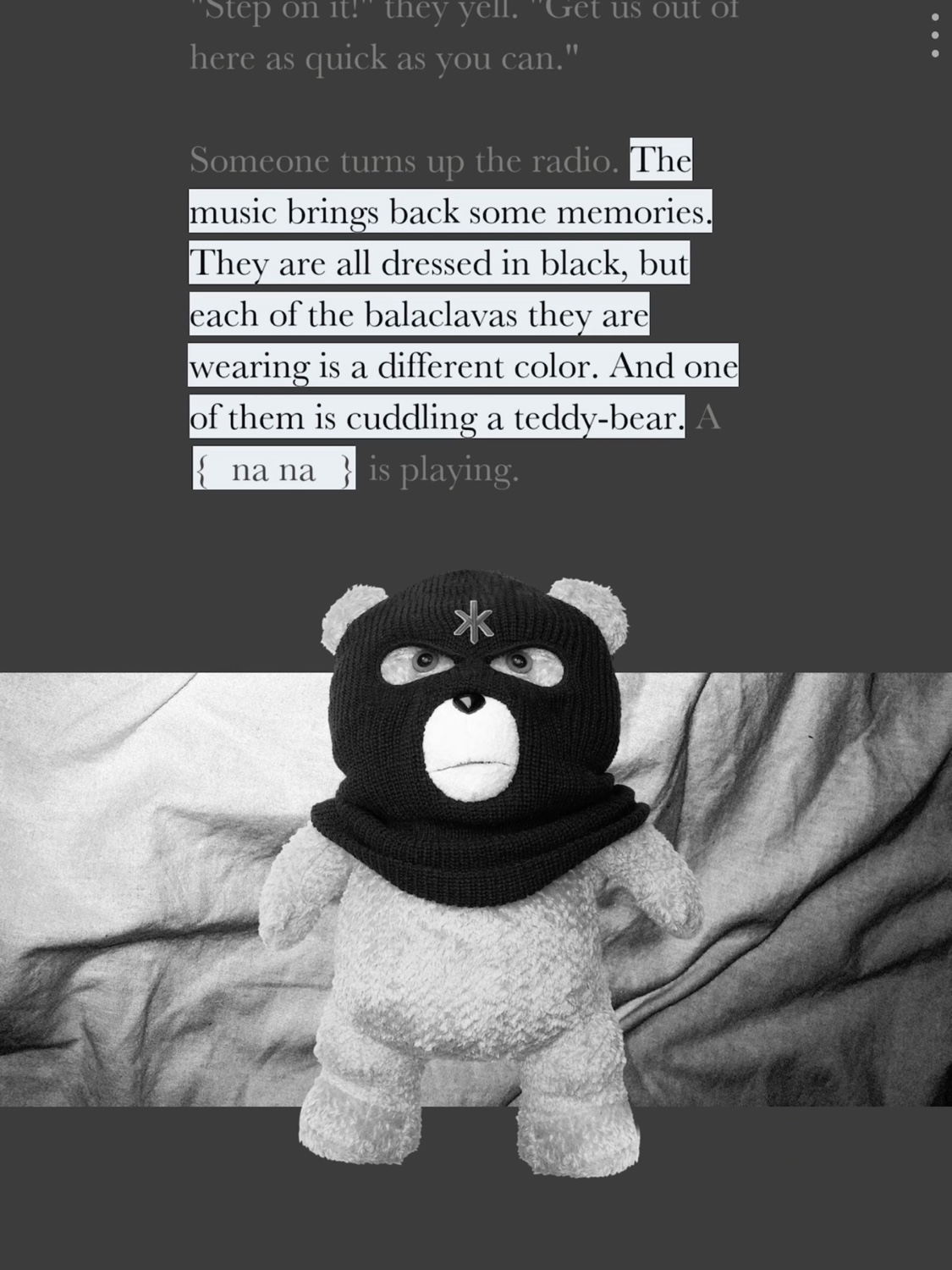 The game oozes style and quality and I’m impressed by it on almost every level. There’s just one small complaint I have related to the controls with different puzzles. You interact with most devices using buttons on the bottom that either rotate an object or scroll through numbers. It makes entering numbers into a phone, for instance, feel pretty clunky and awkward. I keep wanting to just touch the objects themselves. The current design does add a level of consistency and you do get used to it after a while, but those controls feel like the least polished part of the game. Again, it’s a minor complaint and I wouldn’t let that deter you from playing the game. 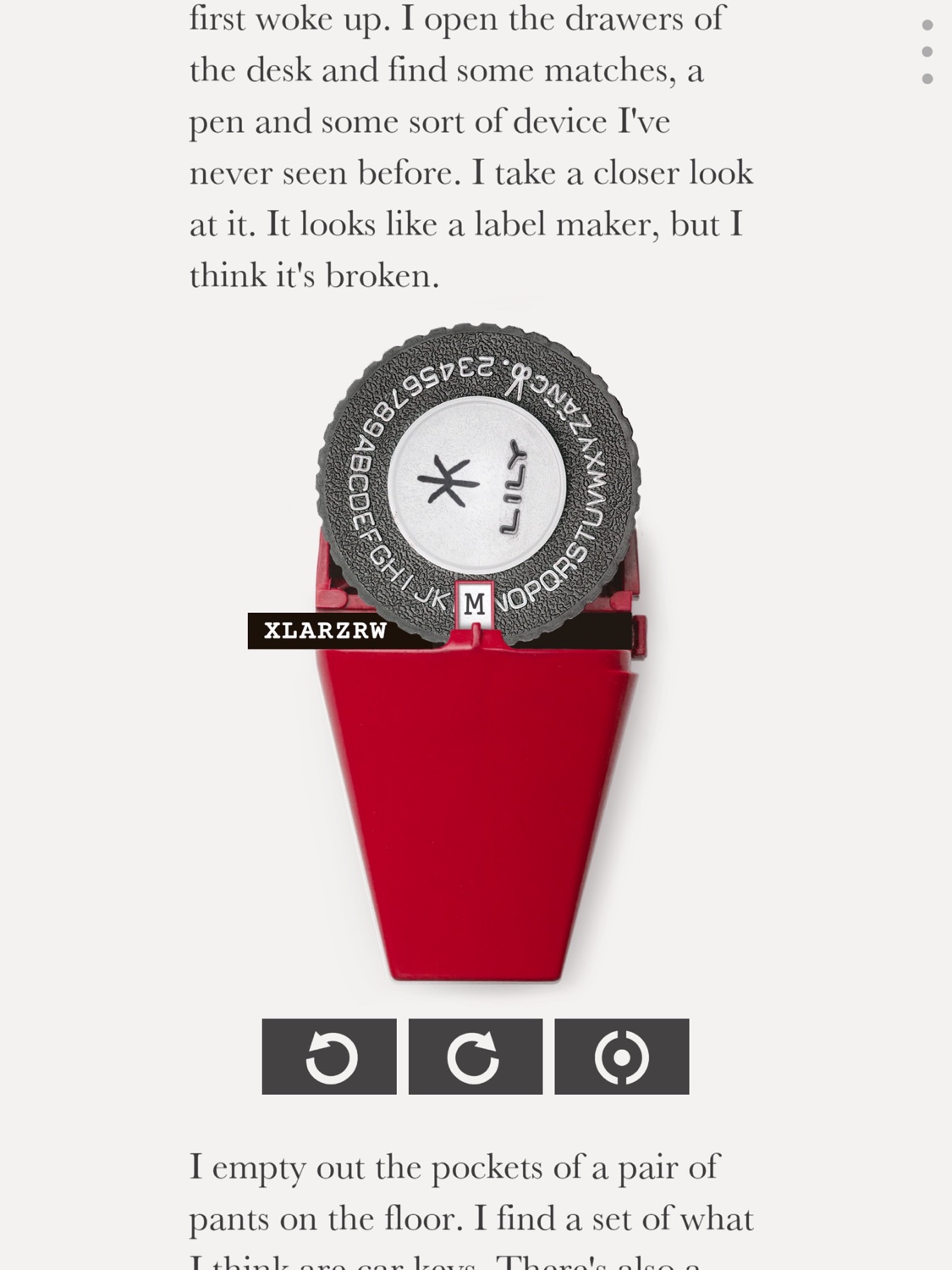 The puzzles are possibly the most important part of a game like this, and I found them logical and more satisfying than most other text-based puzzle games I’ve played. I thoroughly enjoyed scrolling up and down re-reading text for clues or picking apart sound bites. There was only one puzzle that had a clue that was misleading and the developers have informed me that it’s already been fixed in an update. I can’t imagine the amount of work it takes to keep a game like this from falling apart, so it’s pretty impressive that I only had that one fixable issue with it. 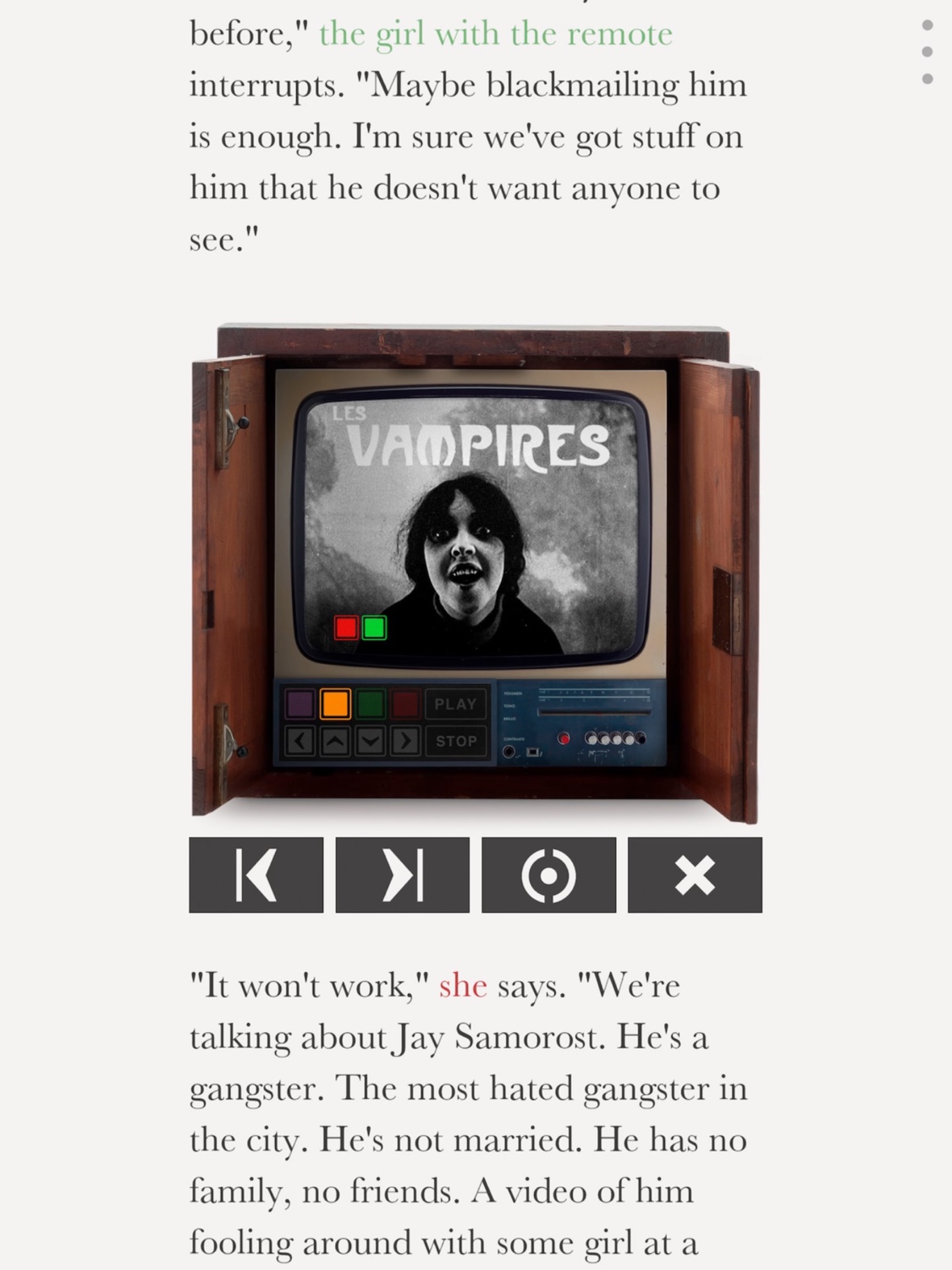 Despite still being hazy on some details of the story, I had a fantastic time with unmemory and look forward to further scouring through its text and objects for more clues to the missing pieces of the puzzle. I’ve already taken more notes for it than any other game I’ve played. It’s the type of game that you could spend hours with and still miss some details because there’s just so much here. Even if I don’t figure out everything myself, I’m excited to see what kind of clues other players spot that I haven’t. I hope it develops a cult following so I can see what better sleuths than myself come up with. But even if my journey with the Killer Kittens ends here, it’s been one hell of a ride and I’m thrilled to have taken it. So no matter how busy your life is, make sure you don’t forget to download and play unmemory.