South of the Circle
By: State of Play Games

Apple Arcade has been a treasure trove of short, memorable, narrative-focused games, and the latest to fall into that category is State of Play’s South of the Circle. It takes place during the Cold War and features some of the best storytelling I’ve seen in a game in a long time. It’s probably closer to an interactive movie than a game, especially with the motion captured performances, and I have absolutely no problem with that. The writing, voice acting, soundtrack and animations kept me glued to the screen better than most movies can. I even kept subtitles off and made sure to pay close attention to every word, which is rare for me. South of the Circle is an easy contender for my Game of the Year and perfect to play through on a chilly fall afternoon.

The game starts with a plane crash in 1964 Antarctica. You play as Peter, a climate scientist at Cambridge who is not really prepared for a rugged trek through the snow, but he has no other option. His pilot is injured, the radio isn’t reaching anyone, and there’s no one else who can go and look for help. So he musters up every ounce of courage and heads out into the blizzard, with only a blinking red light as his guide. As he walks, he starts thinking about his relationship with a woman named Clara. The two stories are juxtaposed, eventually blending together so he can’t tell the difference between the past and present. 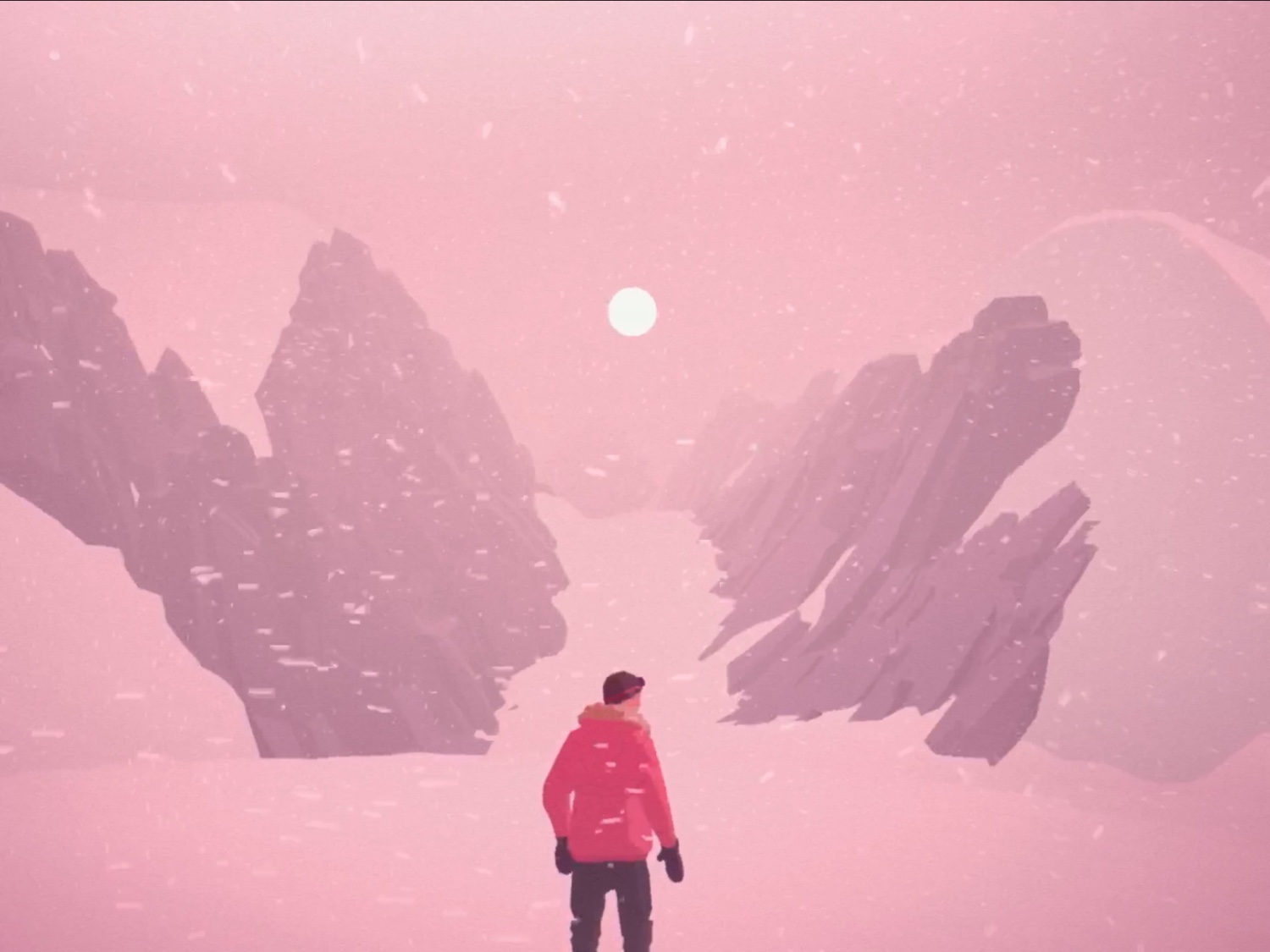 The controls in South of the Circle are simple and perfect for a touchscreen, especially an iPad. You simply tap to move during the walking sections, tap and hold to interact with highlighted objects, and tap and hold to select dialogue options. But rather than getting to choose the exact words you’re going to say, these options are in the form of different symbols that represent emotions. When each symbol is first introduced, you can see which emotions it represents. For instance, the red circle expresses panic, confusion and concern, while the turquoise circle stands for caring, honest and open. Sometimes you’ll only have one option available, but it can often go up to three. You’ll usually only have a brief moment to choose, as you’re mid-conversation. But there are times where if you wait a bit, a second — and usually better — option will appear. Just like a real conversation, you can avoid regret by taking the time to think instead of saying the first thing that comes to your mind. It reminds me of the dialogue in another favorite of mine, OXENFREE. That said, this is still a scripted game and I’m not sure how much your choices can affect the plot. 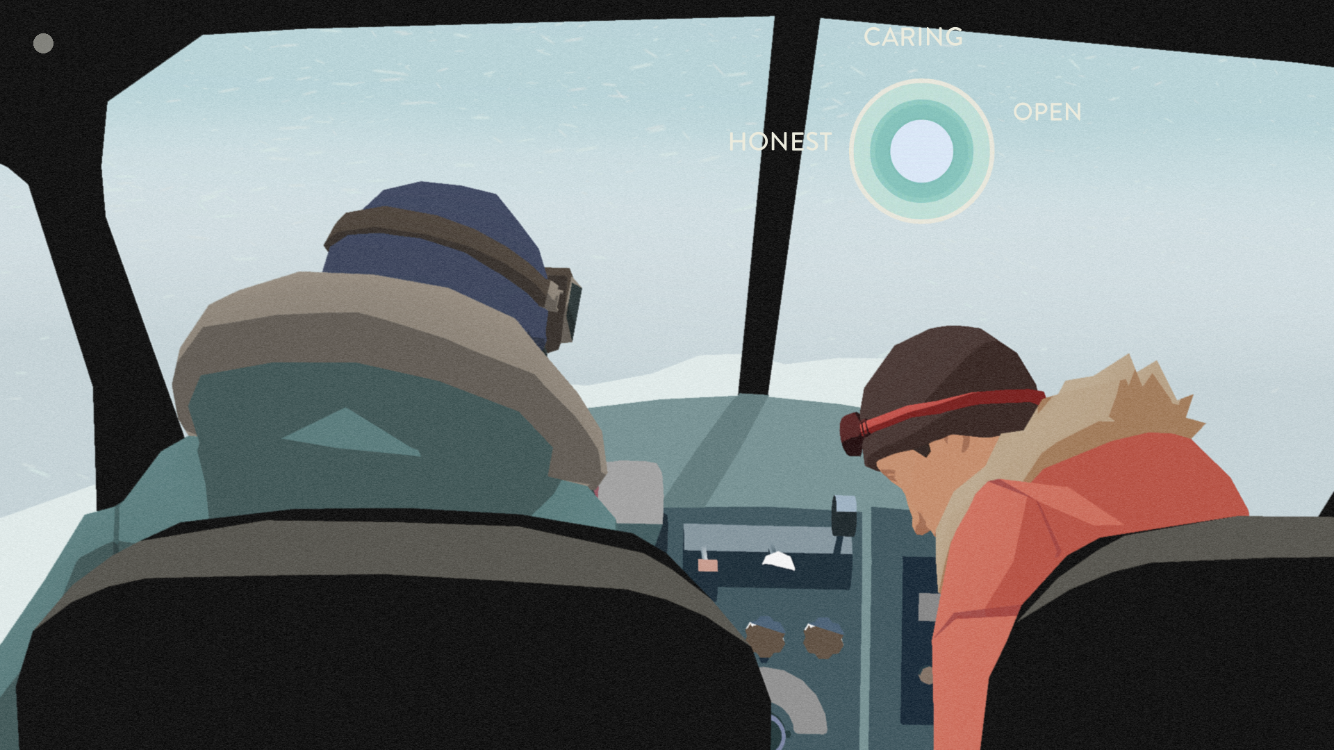 There are two stories being told at once here. The first is that of Peter’s fight for survival and what he discovers out in the snow. Why is the British base abandoned and where did everyone go? There’s enough mystery and intrigue combined with actual historical events to keep the player glued to the screen and eager to find out what happens. The other story is of Peter and Clara, how they met and how their relationship evolved. Clara is unapologetically feminist in a time and place where women weren’t taken seriously. She’s understandably frustrated and Peter isn’t always as supportive as he should be. The dynamic between these two characters and the somewhat awkward conversations they have are what really held my attention, even more so than the story of survival. The writing, combined with top-notch voice acting from seasoned actors, had me hanging on every word. And choosing the icons in real time made the conversations all the more realistic. Meanwhile, behind this smaller, intimate story, there’s the backdrop of the Cold War, anti-nuclear protests, and questions of blind patriotism. A lot is packed into this movie-length game. 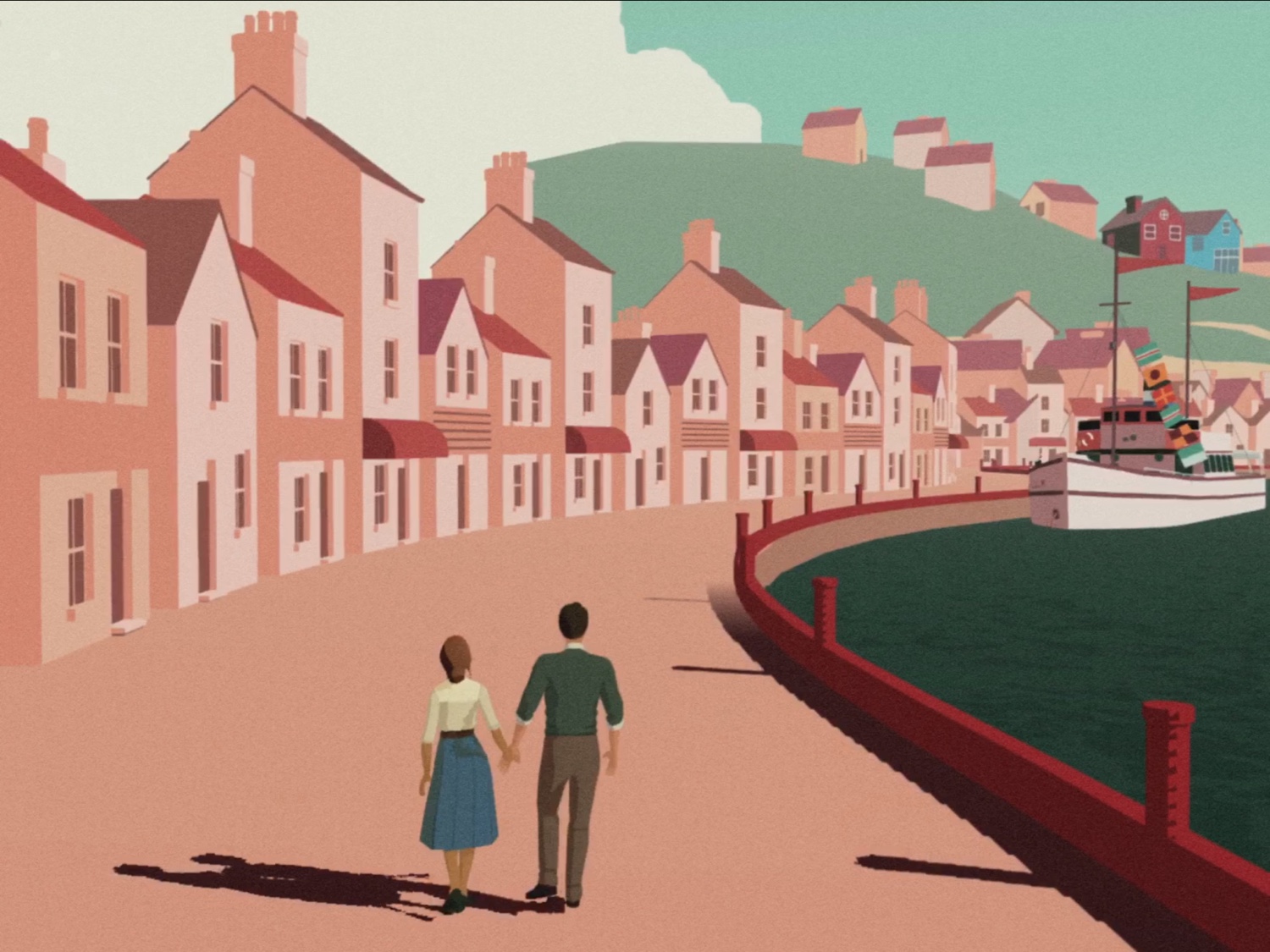 I’d be remiss if I didn’t mention the fantastic soundtrack from Ed Critchley. It’s one of the things that stood out to me right away and gave me pause many times throughout the game. It perfectly captures the constantly changing moods between the two stories. Combined with the striking visuals, it had me completely immersed from beginning to end. I highly recommend playing this with headphones, both for the real-time dialogue and music. Just plug yourself in and shut out the rest of the world for a few hours.

I only had one issue with the game, and that was with its performance. On both my iPhone and iPad, it would lag to the point of almost freezing up every time it auto-saved, which was quite frequently. It can be a bit distracting, but the game is just too good to pass up over that. I think maybe manual saves and fewer auto-save points could have helped. But even as is, don’t let it stop you from playing.

South of the Circle is a mature and moving game with a script that could easily come from an award-winning movie. If we’re still having that age-old question about whether games are art, the answer is a resounding “YES!” You do yourself a disservice if you skip this game because it doesn’t have enough “gameplay” or because it consists of mostly dialogue. If you have an Apple Arcade subscription — or haven’t used your free month yet — make sure you set aside some time for this masterpiece. Grab the game here and help Peter unravel the mystery hidden under the snow.