As a mobile gamer, there are many times where I have to wait in order to properly enjoy a game I want to play. I’m usually willing to suffer through on my PC for a short game that’s only a couple of hours long. But I’m more likely to abandon lengthier games and just hope they make it over to iOS one day. Grundislav Games’ Lamplight City is one such example, where I was impressed with it but just couldn’t see sitting at my desk through all the dialogue. Thankfully, my patience paid off and it was ported over to iOS recently. Some features are missing, but otherwise it feels great on the platform and transfers over to touchscreens beautifully. If you want a narrative-heavy game with rich world building that makes you feel like a proper detective, Lamplight City mobile is what you’re looking for.

The game takes place in a fictional 19th century alt-universe city, where you play as Miles Fordham, an ex-detective turned private investigator after the death of his partner, Bill. They were investigating break-ins at a flower shop when he died and the killer was never caught. This haunts Miles, as does his dead partner. You see, after Bill’s death, he decided to hang around inside Miles’ head and help him solve his own murder. Since they can no longer do so through the police force, an insider sneaks Miles cases that haven’t been solved. She believes he was the best detective they had and she’s not willing to let his skills go to waste. So, as Miles, with Bill commenting, you’ll talk to witnesses and suspects, examine evidence, and attempt to solve five different cases. 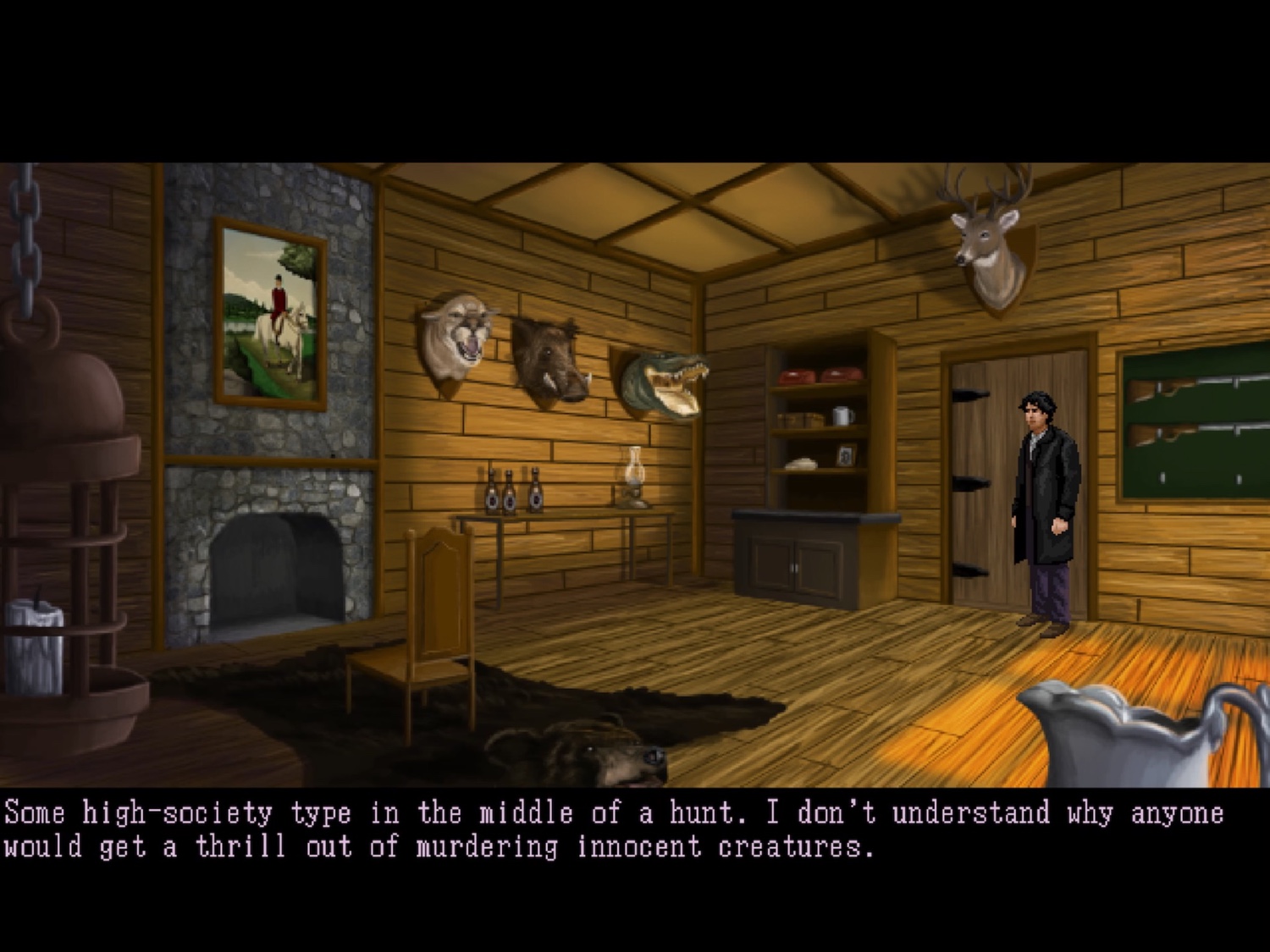 The layout of the game is similar to most point-and-click adventures, but I especially liked how you use the map to get around to different locations instead of walking between them. Transitions between different locations are quick, so there’s no pressure to find everything before leaving. Each area is also self-contained to one screen, so there’s no need to walk all around to see what’s in the room. This simplified layout feels a lot more user-friendly than traditional point-and-click adventures. To simplify things further, there are also no inventory puzzles in Lamplight City. Instead, you have a casebook that stores details about items you’ve picked up, important information you’ve garnered from the locals, as well as your next objectives. If you have the correct item for a puzzle, it will automatically be used when you interact with it. For instance, if you have a key needed to unlock a chest, tapping on the chest will automatically use the key. 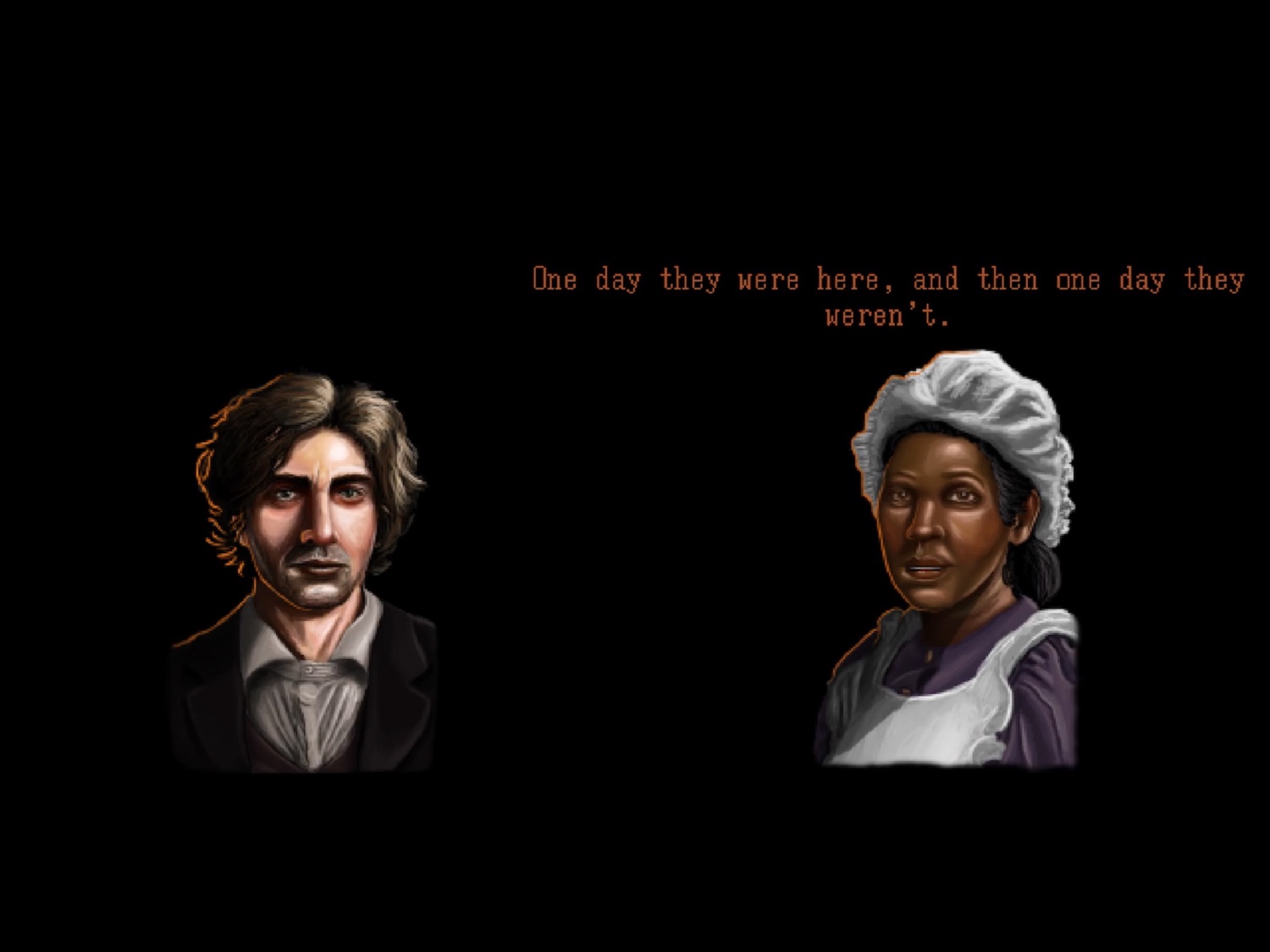 Most of your time will be spent talking to people to get as much information out of them as possible. If they reveal some important bit of information, like a name or an address, you might unlock a new location on the map to visit, or more dialogue options with some folks you’ve already spoken to. Thankfully, everything is fully voice acted so all the characters come to life. It also means you’re not just reading a ton of words, but can sit back, relax and listen. I suggest playing on an iPad with headphones plugged in for the best experience. 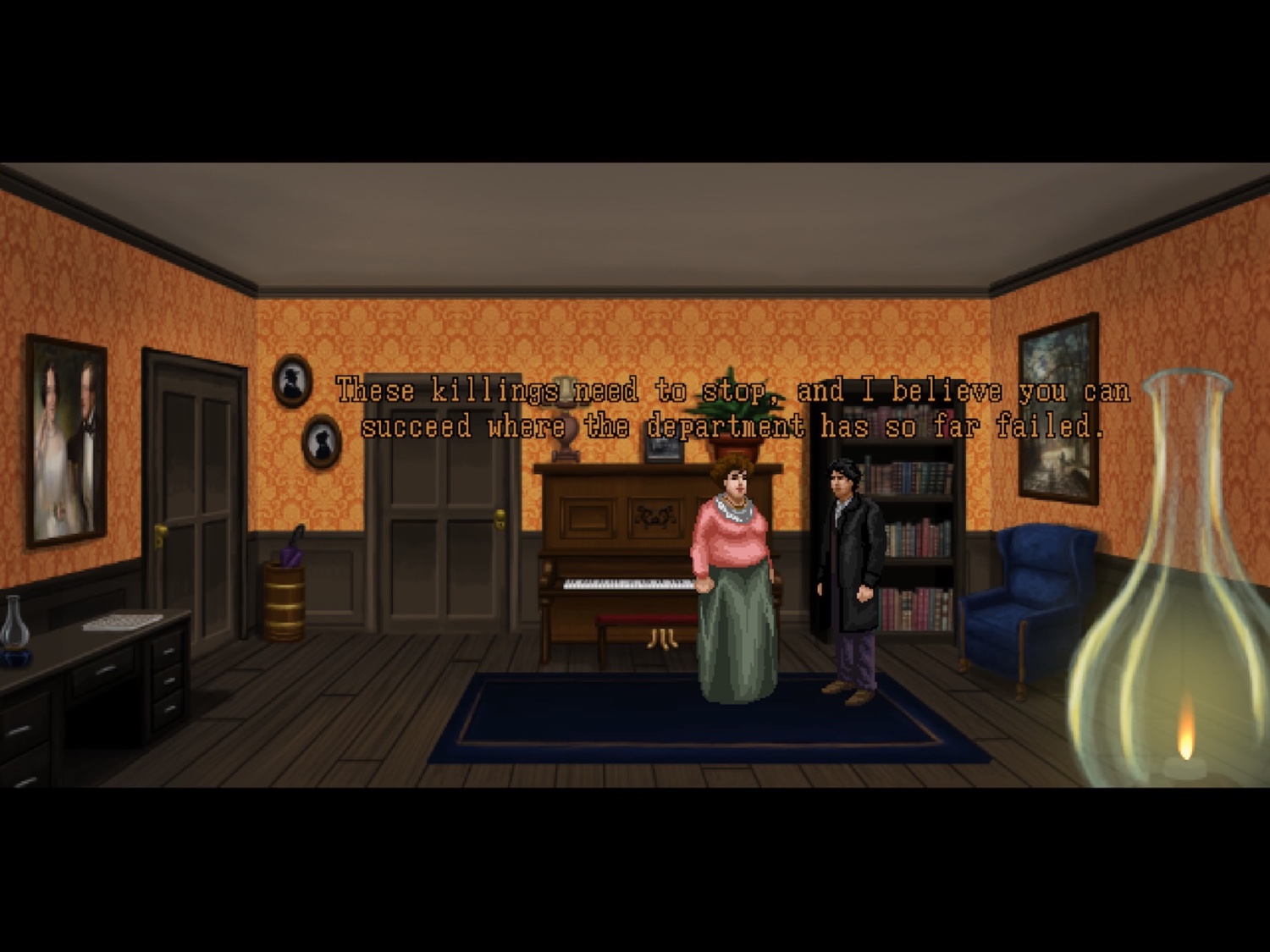 Overall, things are relatively straightforward if you’re thorough in your examinations and interviews. The touchscreen controls are friendly, as you just tap on objects to interact. There’s none of those clunky verbs or changing cursors to deal with. You can also tap and hold your finger on the screen to locate all hot spots and make sure you didn’t miss anything. This works great in most situations, but I wish there was more consistency with those times that you need to investigate something more than once. You see, Miles always stands in middle of the room. If you tap on an object that you can’t interact with, you’ll just get a comment from Bill. Otherwise, Miles will walk over and examine it. Usually, tapping once is enough to get what you need, but on a few occasions you need to examine it twice or even come back later. Sometimes it was obvious, but when it wasn’t I would find myself frantically backtracking to see what I missed. This was especially odd when zoomed in on items and tapping them once wasn’t enough to pick them up. Most of the time, tapping something a second time doesn’t change the dialogue, so doing so for everything would get tiresome. Still, it’s a minor complaint in an otherwise very user-friendly design. 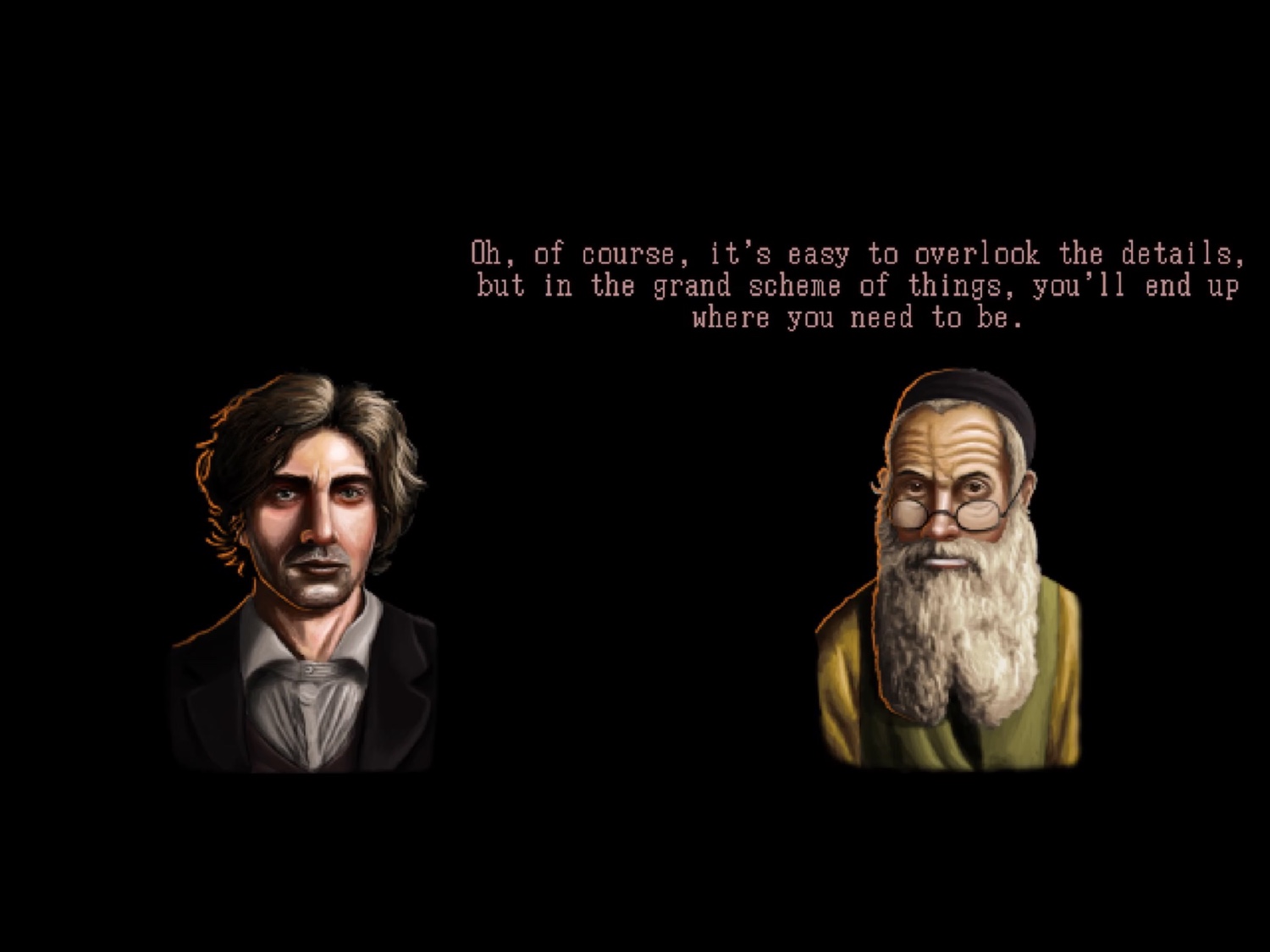 It’s also possible to accuse the wrong suspect or bail on a case entirely if you get stuck. You can also say the wrong thing to a person and lose all contact with them. So this is the kind of game you want to have multiple save slots for and save frequently in case you slip up. I believe I solved all the cases correctly, but based on a cursory glance at a walkthrough after the fact, I think I missed out on some minor locations and characters. I don’t think it affected my overall performance as a detective, but it does make me wonder if I missed any details that would have fleshed things out a bit more. Looking back, there were some supernatural themes that seemed to be going further than they did. For instance, I talked to someone about Bill who I thought might be able to help us at some point, but it led nowhere. I have no idea if that’s just the way the game is or whether my actions caused me to miss something. It’s especially unclear because the mobile version of the game doesn’t include the achievements. So really you could play through the whole game without any idea that you missed something unless you check it up online. That’s a bit disappointing, but I still enjoyed my adventure and being able to play on an iPad is worth the trade-off to me. 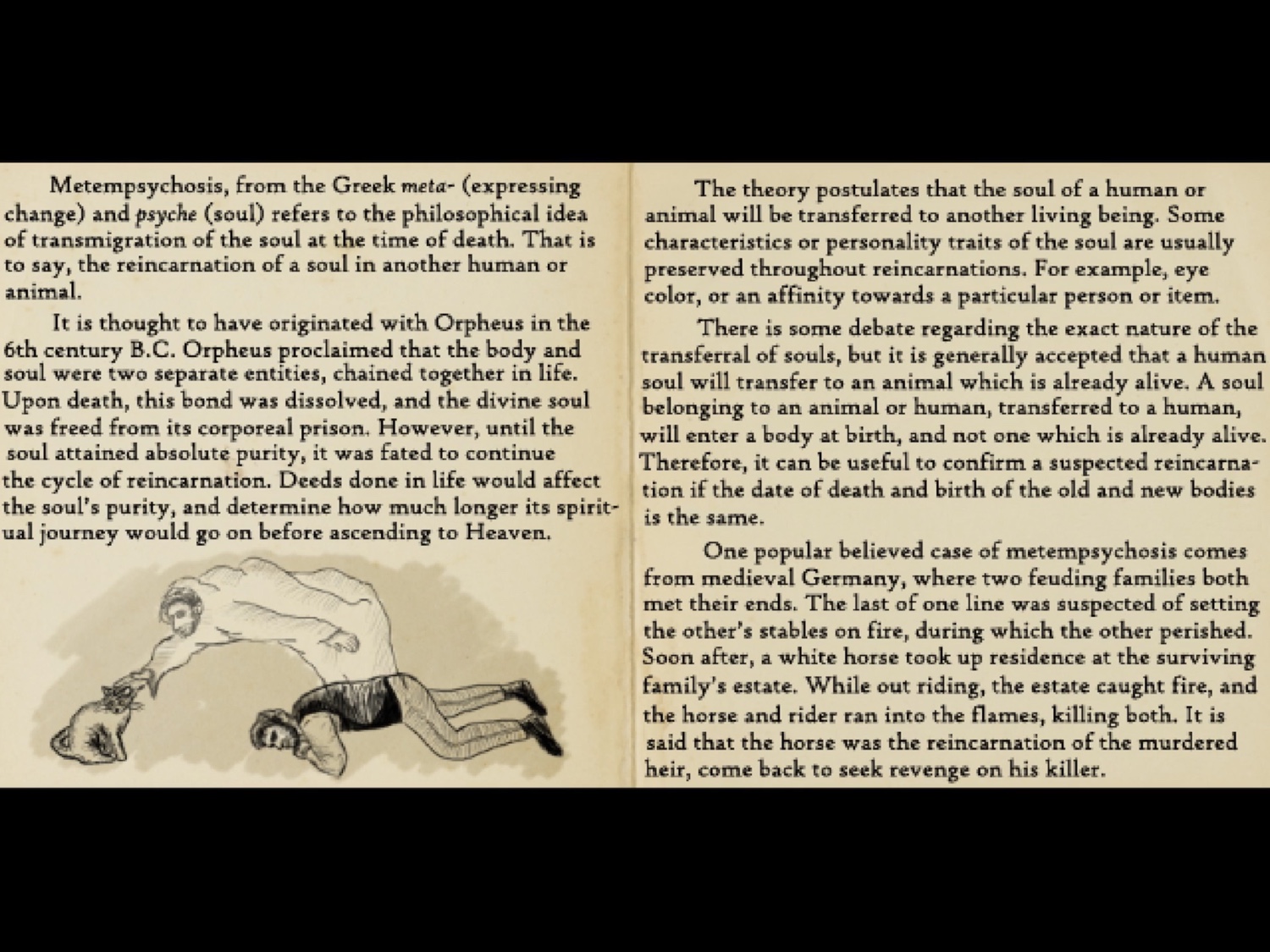 While your main goal is to solve these cases, your investigations will also help fill in details about this relatable fictional world in which working class folks are afraid of being replaced by steam-powered machines and they’re voting on an election which will determine whether or not the city as a whole will continue to embrace technology. Since this takes place in the 1800’s, it also touches on issues of racism and classism. Miles is even in an interracial marriage, which he sometimes needs to defend. And his wife, Adelaide, was a personal favorite. I loved that she kept revealing hidden talents and even did some of her own sleuthing at times. In fact, there are a lot of strong, fully-developed women in the game, which I really appreciated. 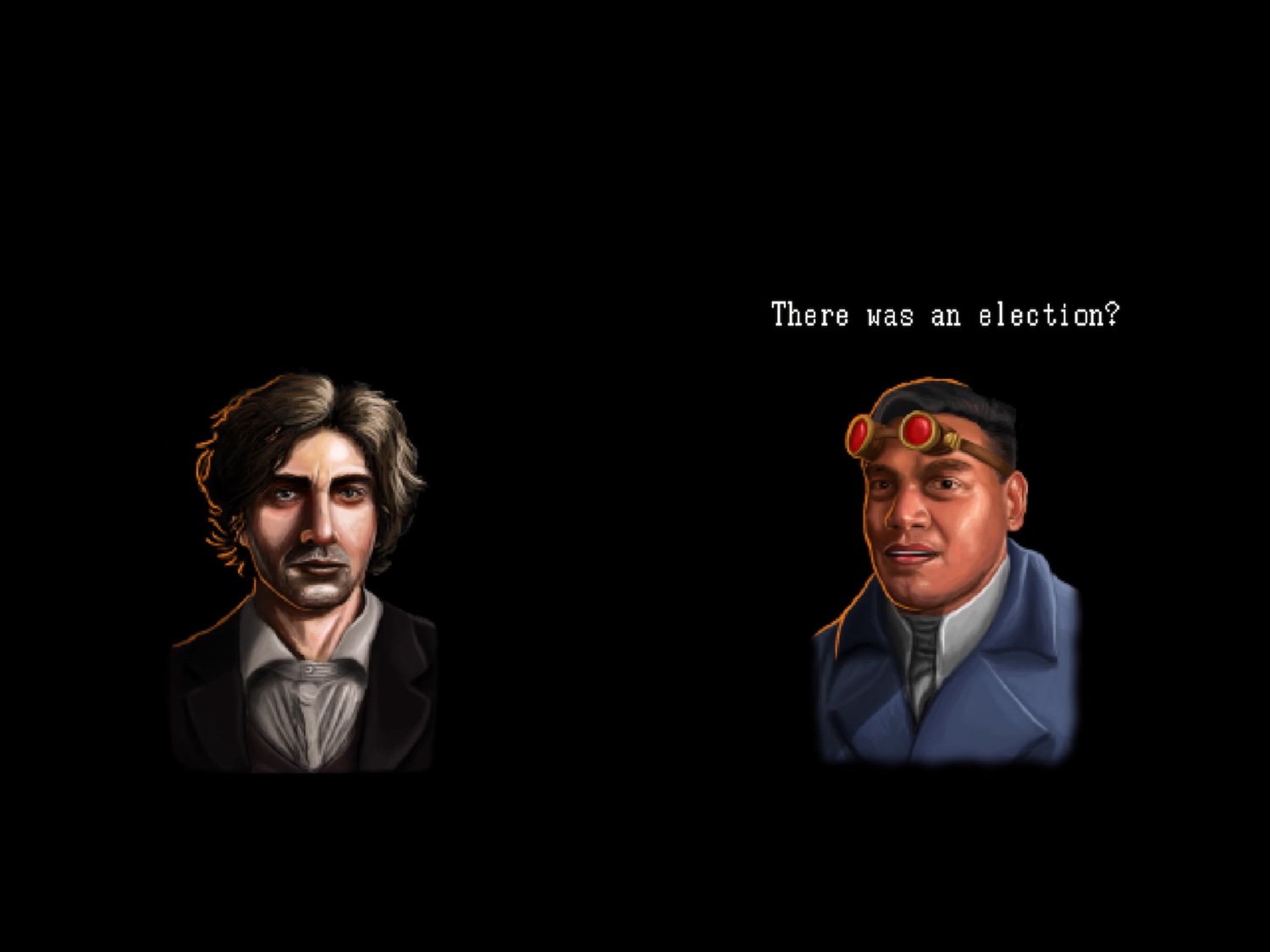 Though it meant playing it a few years late, I’m glad I finally got to experience Lamplight City on my iPad. It’s the perfect game to play while relaxing on a couch, listening to all the voice-acted dialogue. It does demand your attention and you need to be in the mood for all that dialogue, but it’s very much worth playing. It has a few flaws, and I do wish it included the achievements, as well as iCloud sync, but otherwise I have have no complaints about this port. Touchscreens are perfect for point-and-click adventures, and the streamlined design of Lamplight City makes it even easier to recommend, along with its strong writing and mysteries that are fun to solve. If you have any interest in this kind of game whatsoever, I don’t think you’ll regret playing it. So grab Lamplight City here and hunt down your partner’s killer before he drives you mad.