The Complex
By: Wales Interactive

Full-motion video (FMV) games and interactive movies have made quite a comeback in recent years, and many of them have been coming to mobile devices because their simple controls are a great fit for touchscreens. Wales Interactive have made a name for themselves as an interactive movie publisher and, thanks to them, The Complex is now available on iOS and Android devices. Its format is a bit cut-and-dry, but there was still enough here for me to enjoy it and even replay to find alternate endings. It might not be groundbreaking or win an Oscar, but I still think it’s worth spending an evening with it if you’re a fan of interactive movies.

The Complex takes place in the United Kingdom, sometime in the future. You play as Dr. Amy Tenent, who created nano cells — which are stem cells combined with nano bots — that are injected into a person’s blood stream and then head straight for the injury to heal it. They’re meant to replace entire hospitals and make traveling to Mars more doable. The problem is, they’re not ready for primetime yet when a woman is found with them in her system. The off switch hasn’t been programmed into them yet, so they attack her body instead of healing it. Long story short, Amy, along with some other doctors, end up locked in a medical facility named the Complex with this woman, as well as some intruders trying to get to the room they’re in. 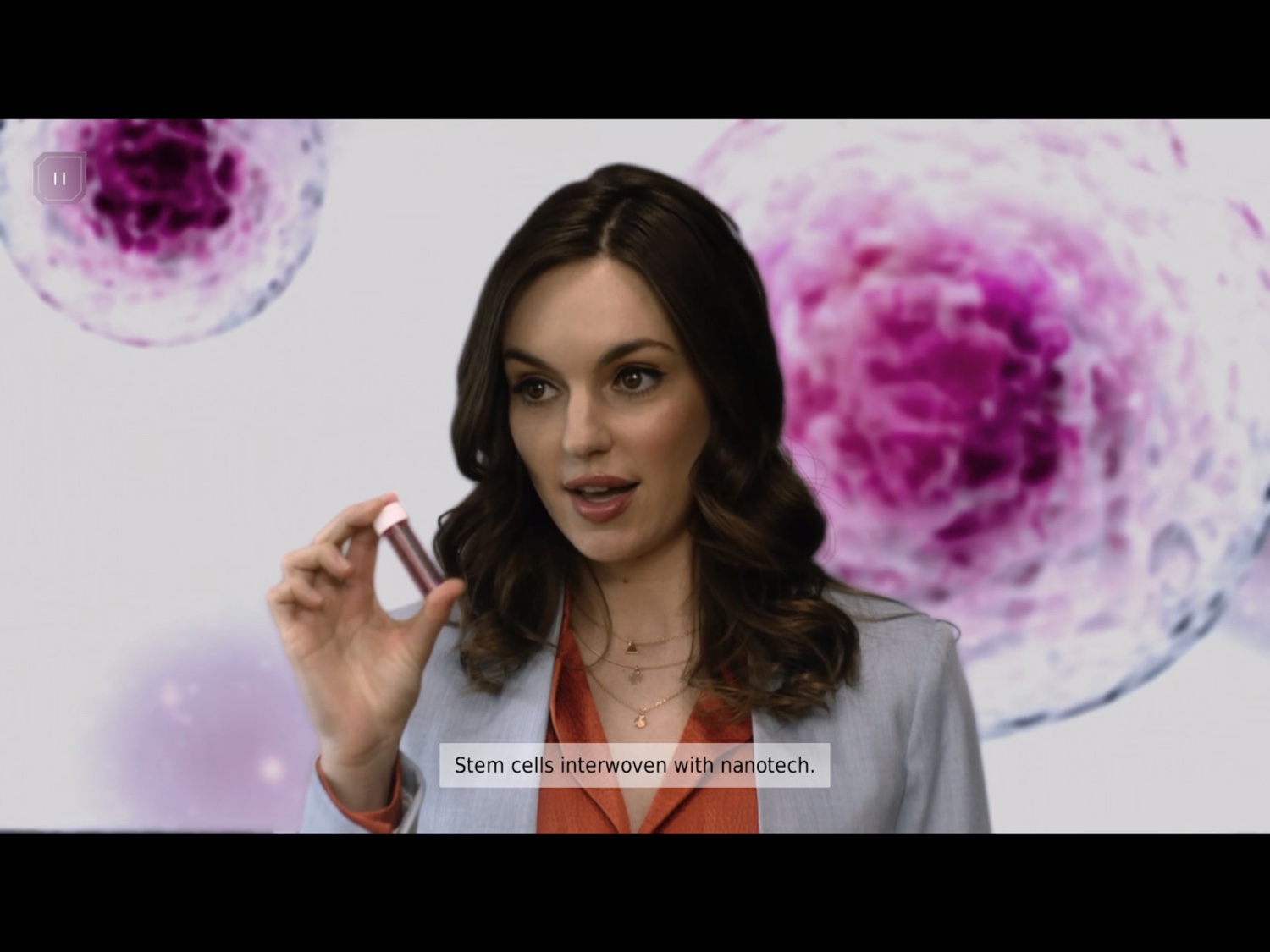 Since this an interactive movie, you’ll be making a lot of choices the help Dr. Tenant out of this jam. The nano cells are her life’s work, and you have to decide whether it’s worth trying to take them from the woman’s body if it means it will kill her. Of course, there are twists and turns along the way, and you’ll slowly learn more and more about what’s going on here and how the nano cells ended up in the woman in the first place. Overall, the script is tight, the acting is strong, as is the writing, though it does veer into some B movie silliness, for better or for worse. 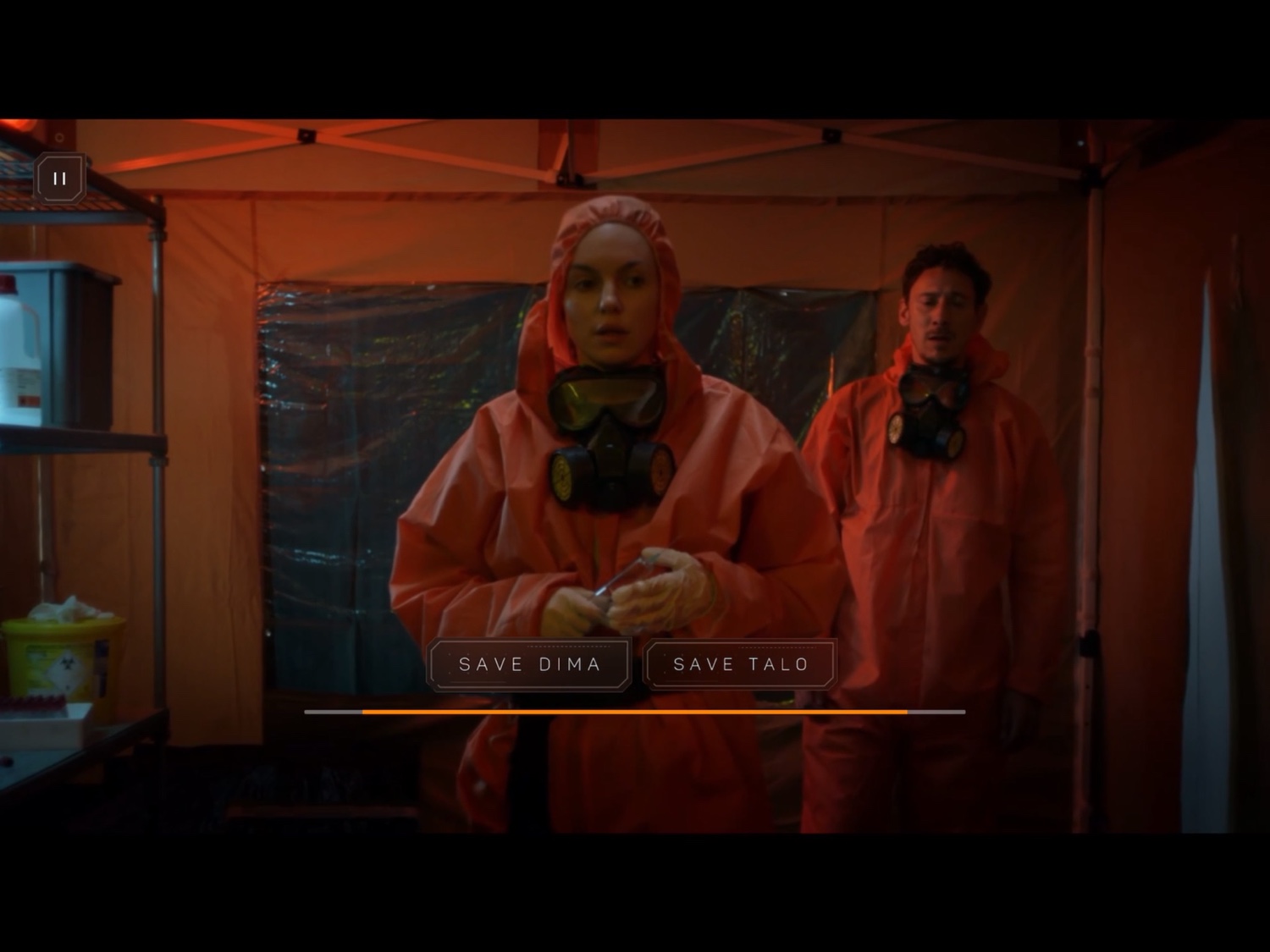 The choices work as you would expect, with the options appearing on screen when it’s time to make a decision. There’s only a short amount of time in which to choose, but you can change it in the settings to pause on choices if you prefer a more relaxed experience. Sometimes these choices change your path in a big way, even revealing information you’d miss otherwise. But often they’re so small that it’s a bit insulting. There’s even one that has you rejecting a call in the same way, whether you select “Reject” or “Accept.” The biggest differences you’ll see will be the endings, which rely mostly on late-game choices. There are nine different endings, and some are a bit over-the-top, taking advantage of the fact that this is a game that can be replayed and not a movie.

I do recommend that for your first time, you play through the game in one sitting. Unfortunately, there aren’t a lot of checkpoints, and the game doesn’t indicate when it saves. So if you take a break, there’s a good chance you’ll end up rewatching a chunk of it. Since it only takes a little over an hour to play through, you’re just going to have a better experience committing to do so in a single session. After that, you’re able to fast-forward through scenes you’ve already seen, making it easier to find alternate paths and endings. I appreciated this, as I definitely would not have wanted to watch the whole movie multiple times, but I did enjoy watching several endings. 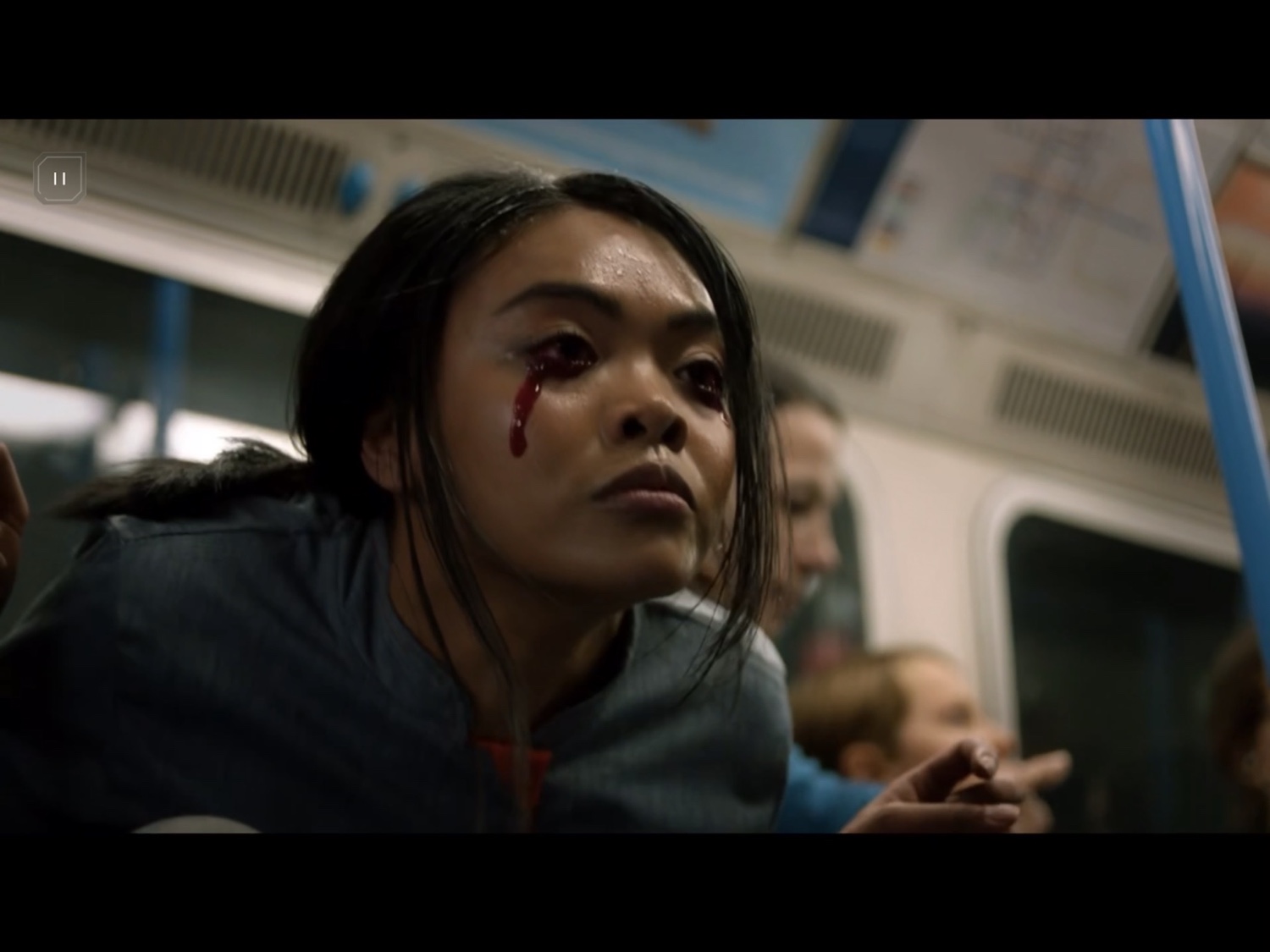 I got seven of the nine endings without much effort, though one was a “hidden” ending that I’m pretty sure I got for making the same decisions early on that I did on my first playthrough. So I’m not exactly sure what triggered that ending. The last two endings might be harder to find, because I think I exhausted all options near the end of the game. I doubt I’ll try to get the last two endings or the few achievements I’ve missed, as once you’ve gone through it a few times, it loses its appeal. I’m also not that impressed by the stats shown at the end of each playthrough, scoring your relationships with other characters. It feels tacked on and even a bit tacky. But it’s easy to ignore if you want.

Overall, I enjoyed my time with The Complex, though I do wish it had Apple TV support so I could have watched it like I normally would a movie. Though not perfect, I appreciated that it featured quality writing and acting, while also acknowledging it’s a game and including some tongue-in-cheek moments you would expect in a game like this. Some are easy to miss the first time you play, so I do recommend taking advantage of the ability to skip scenes and play through it at least two or three times before moving on. If you’re a fan of interactive movies, playing The Complex should be a pretty simple choice to make. So grab the game here and unravel the mystery of Amy’s nano technology.