The first thing that sticks out about the squirrel surveillance game, NUTS, is the striking 3D art style made up of only about three different colors at any point. It’s so distinctive that I immediately recognize photos from the game even if I just see them out of the corner of my eye. That alone would make it worth checking out, but then add the fact that you’re spying on fluffy little squirrels in the forest, and who can resist? Though the Apple Arcade version of NUTS had a few issues on release, the game has been updated several times now to make for a quality experience that’s easy to recommend.

In NUTS, you take an entry level field research job under the guidance of Professor Nina Scholz, an expert on the squirrels of Melmoth Forest. For the length of the study, you live out of a caravan (or camper) in the forest, just you and the squirrels. It’s not clear at first why you’re doing it, but your goal is to set up video cameras to try and track the squirrels’ paths. Using your GPS device as a guide, you set them up during the day and record at night, then watch your footage to determine where to set up the cameras next in order to keep tracking them. At first, the aim is to find their acorn stash, but this changes as you progress through the story to keep things fresh. 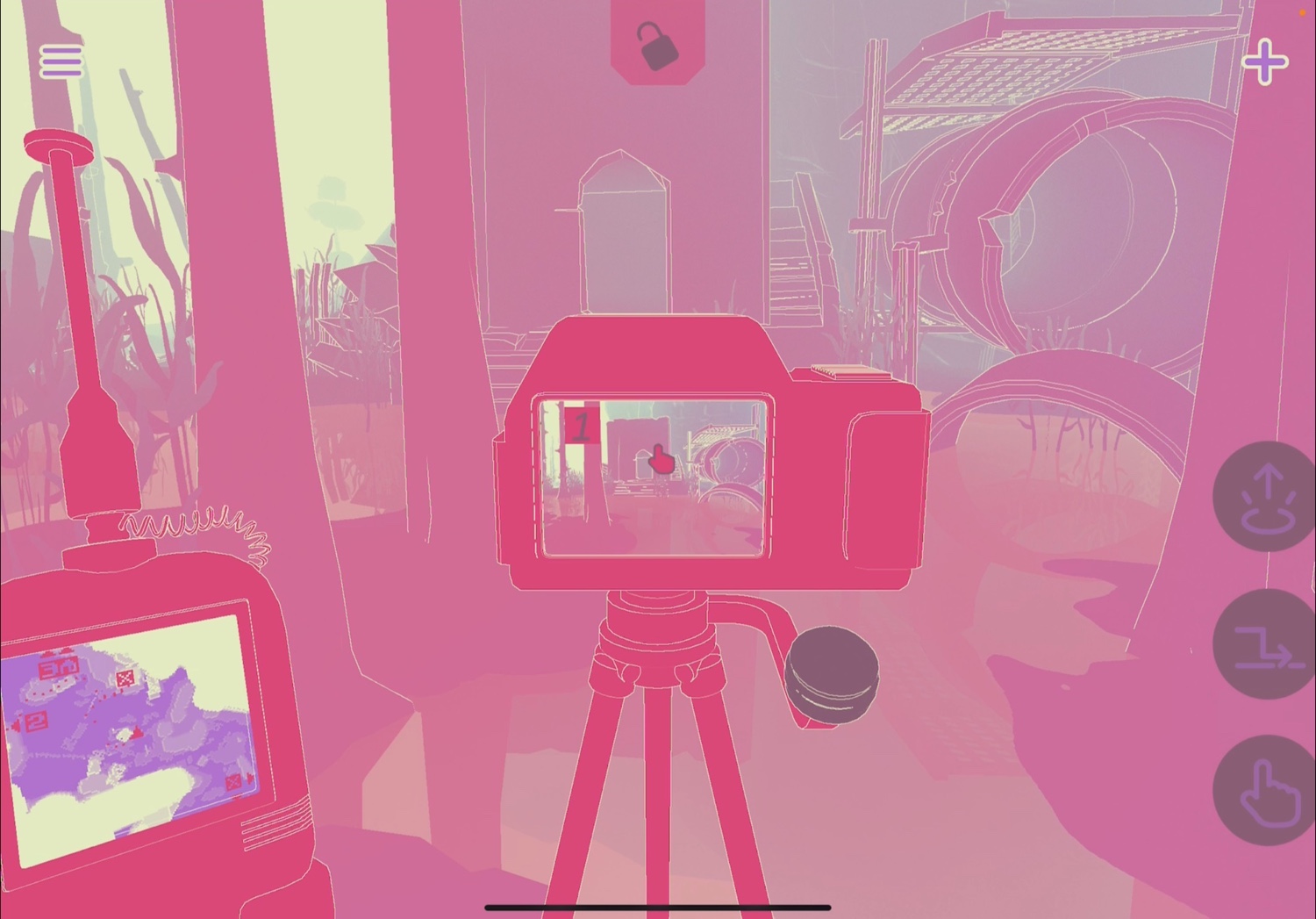 How long it takes you to get through the game will depend on how good you are at guessing the squirrels’ movement patterns. I was not particularly skilled at this, so it took me five o six hours to complete the first time. Much of the game will be spent going back and forth between the caravan and the cameras to make small adjustments. Normally I would find something like that tedious, but with NUTS I actually found it relaxing. I got into a routine and was just focused on recording those squirrels. And it helps that the goals vary enough between missions. It also makes it harder to cheat the system and skip the actual filming. On the second mission, I initially thought I’d try looking for the stash without having to actually follow the squirrels closely, but the game seemed to know I’d try that and hid it pretty well. Later, you’ll have to track them backwards or catch them at very specific time stamps, which can be tricky. There’s other surprises, but I don’t want to spoil them. 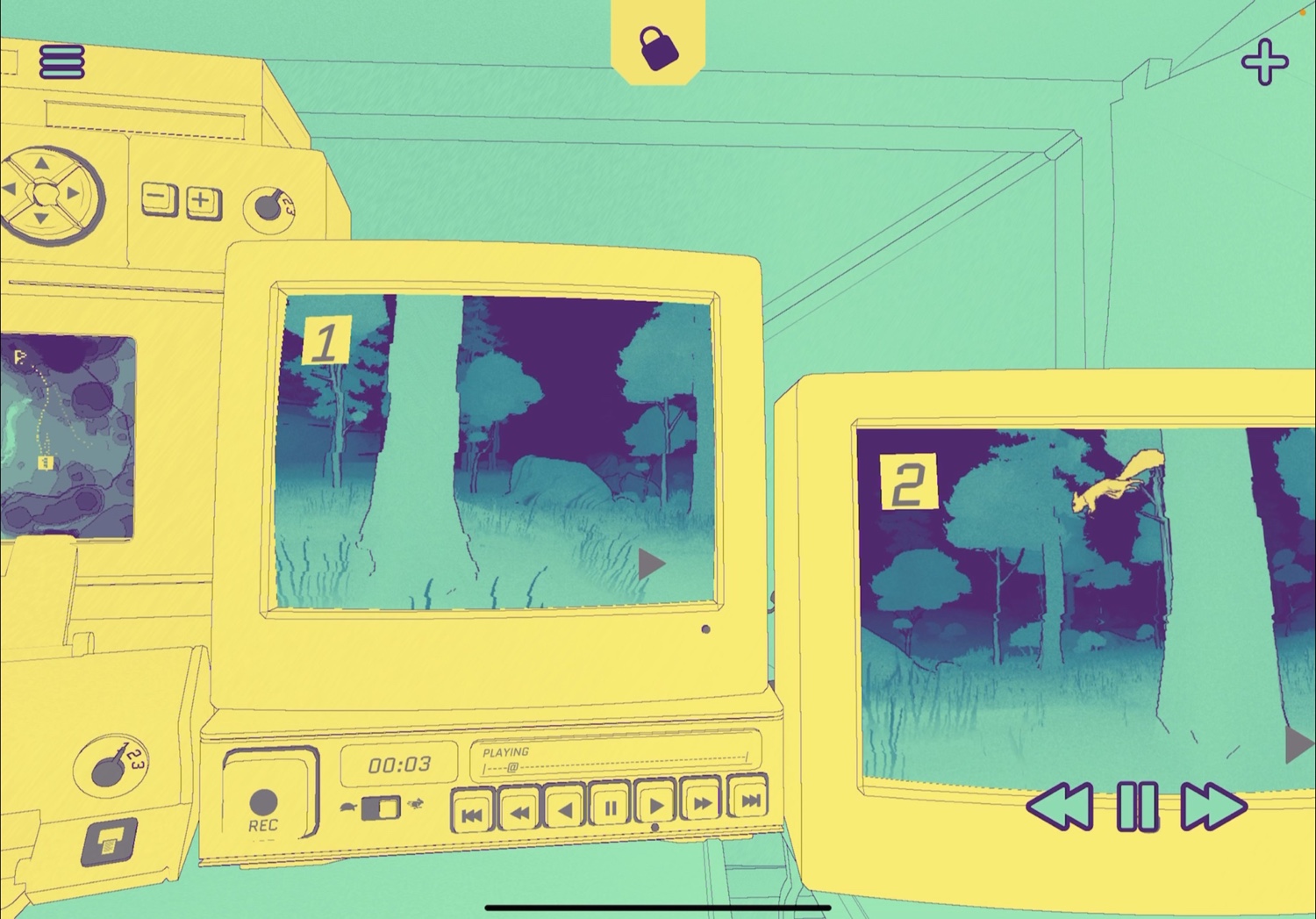 As I said, the art style makes the game stand out, and each chapter takes you to a new location that looks very different. The colors change with each chapter, but you never see more than a few colors at a time. It also doesn’t hurt that the squirrel animations are very lifelike, making it a joy to track them either on camera or in real time. 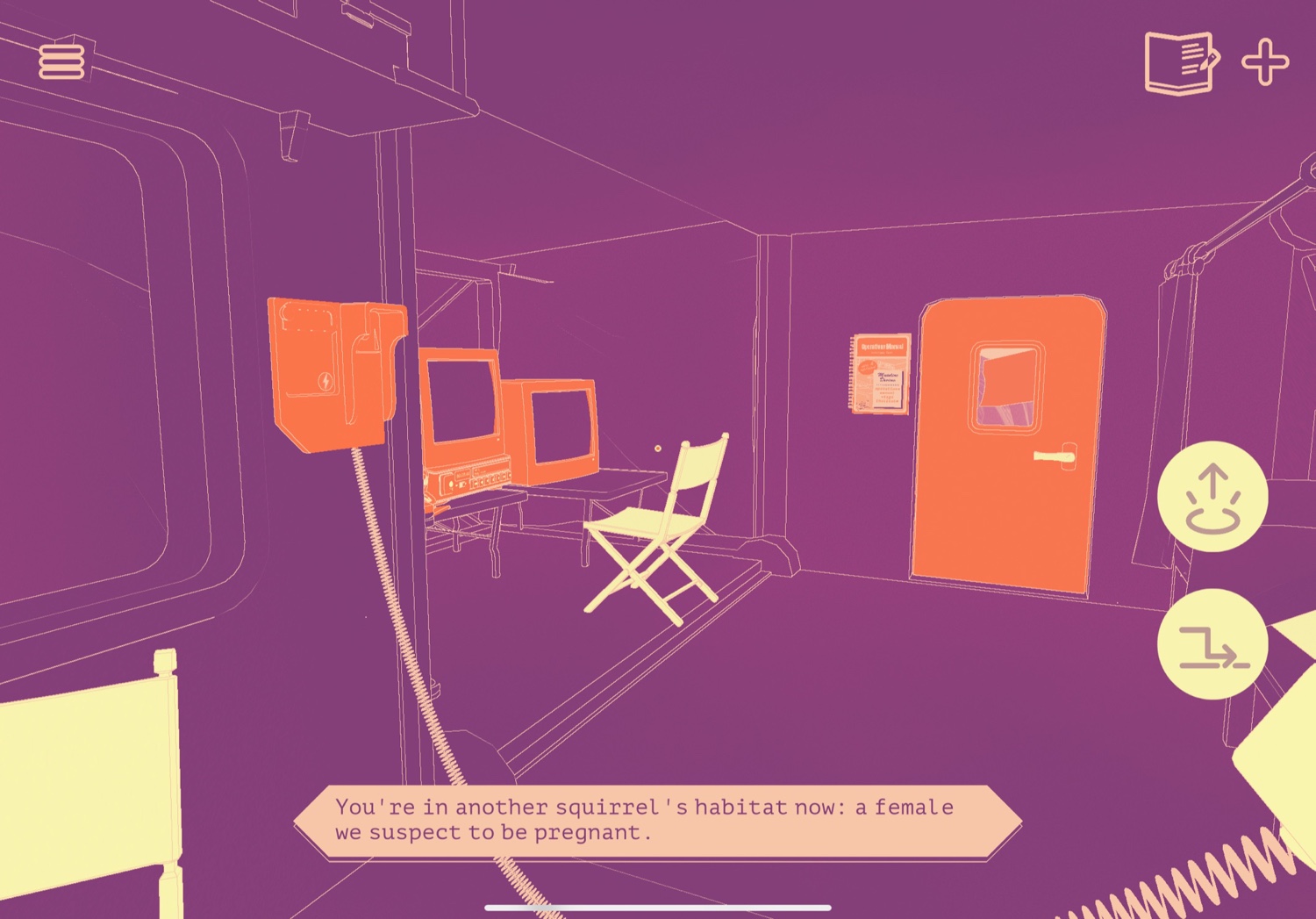 Your main contact through all this is Nina. You can’t call her, but when you have something notable to show her, you fax a photo over and then she’ll call you with any feedback. She also faxes things to you and there are cassette tapes to find that she recorded back in 1982 when she was researching the same forest. The story all comes together very organically, though it could be easy to miss certain details if you’re too focused on the task at hand. The story held my attention through the entire game thanks to the writing of Charlene Putney and the sound design and voice acting of Almut Schwacke. That said, the ending did feel a bit abrupt and left me with some questions. There’s still a lot to appreciate about the ending, and it welcomes discussion, but I can’t help that nagging feeling that there’s information I missed out on. It didn’t ruin the game for me, but I was hoping for just a bit more closure.

As far as I’m concerned, NUTS is another must-play Apple Arcade game, one that joins a collection of small but memorable narrative experiences, such as South of the Circle and Little Orpheus. I’m thrilled that it came to iOS and it feels great on an iPad with touch controls after the small adjustments that were made. If you don’t have Apple Arcade, play it on whatever platform you can, but you’d be nuts to miss out on this one. (Sorry, I had to.)