Doctor Who: The Lonely Assassins
By: Maze Theory / Kaigan Games

I’m by no means a Doctor Who expert, but I have been enjoying the modern reboot since 2005. Like many fans, one of my favorite episodes was Blink, which introduced the aliens called the Weeping Angels. If you’re not familiar with them, they resemble angel statues while you’re looking directly at them and are frozen in place. But if you turn your back or close your eyes — even blink — they move closer. If they get close enough to touch you, they’ll send you back in time to before you were ever born. They’re pretty terrifying both in appearance and concept, especially for loved ones left wondering what happened to the person they touched. But what makes them perfect for a “lost phone” game is that the episode The Time of Angels showed us that even an image or a video of an Angel can become an Angel. That brings us to the new game, Doctor Who: The Lonely Assassins, which has you dealing with both actual Weeping Angels and photos of them on the phone of Lawrence (aka Larry) Nightingale, who’s gone missing.

The Lonely Assassins follows up on the characters in Blink and revisits that story, though it’s easy enough to follow along even if you’ve never seen it. I hadn’t watched the episode in over a decade and I still enjoyed the game just fine, but it does make me want to rewatch it before I start a second playthrough. As a refresher, Larry Nightingale’s sister Kathy went missing in Blink and it turned out she’d been taken by the Angels back to the year 1920. Now, fast forward to 2021 and Larry himself is missing. For some reason, the Doctor got his phone into your hands, thinking you could help. So, with the guidance and hacking help of Petronella Osgood, you need to scour his phone and look for clues. 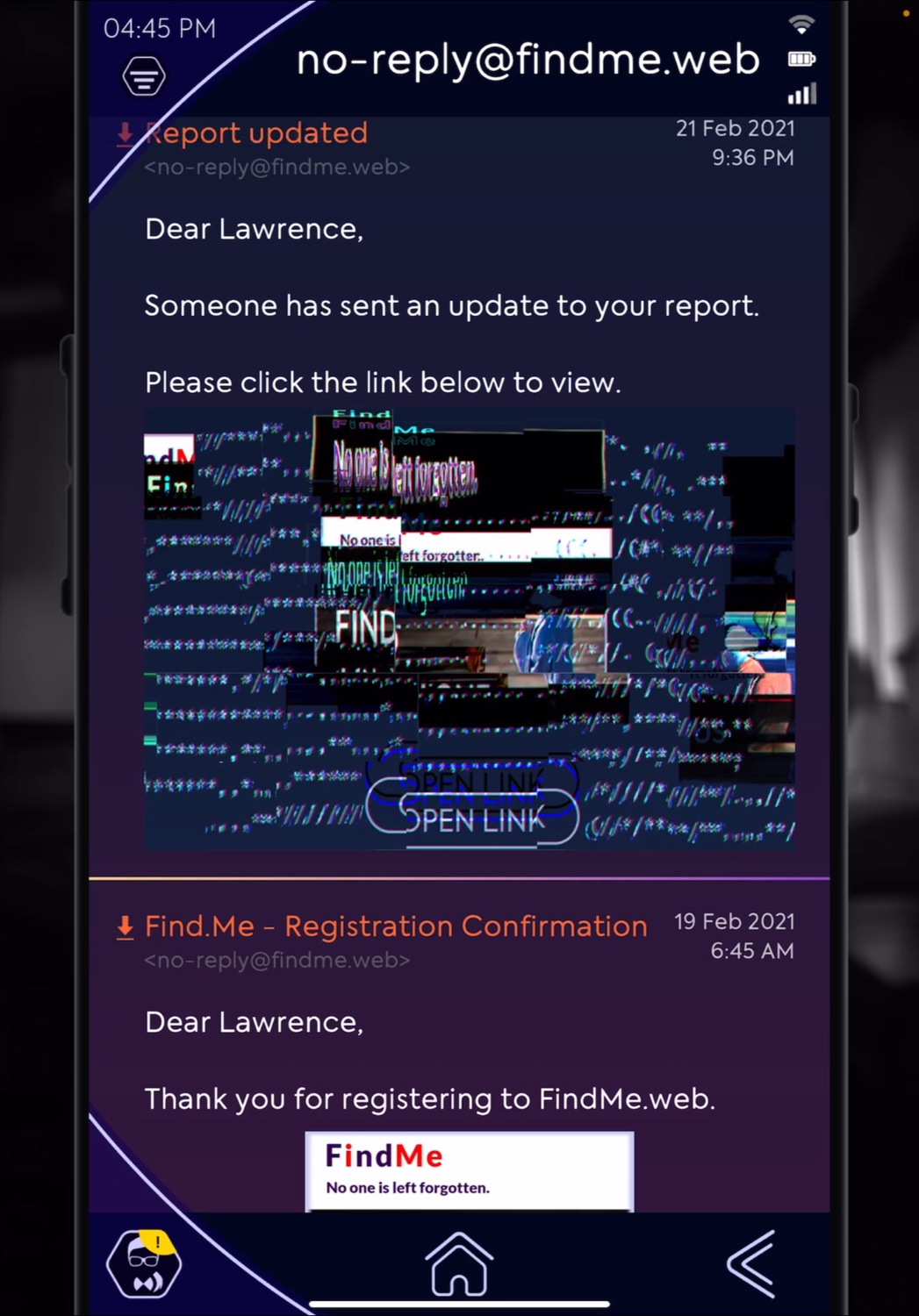 The phone has been corrupted by something, so you’ll only have access to certain files at first, which includes photos, text messages and emails. As you uncover more clues and send them to Osgood, she’ll be able recover more of the data, giving you access to more files to look through. It’s familiar territory from developer Kaigan, of Sarah is Missing and SIMULACRA fame, but works well here. It allows the mystery to slowly unravel as you find more details about Larry and the abandoned house, Wester Drumlins, where the Angels were first seen in Blink. Everything is brought to life through audio and video clips, phone calls, and Kaigan’s masterful way of seamlessly tying it all together and making it feel like a real phone in your hand. There are, of course, some jump scares, too. 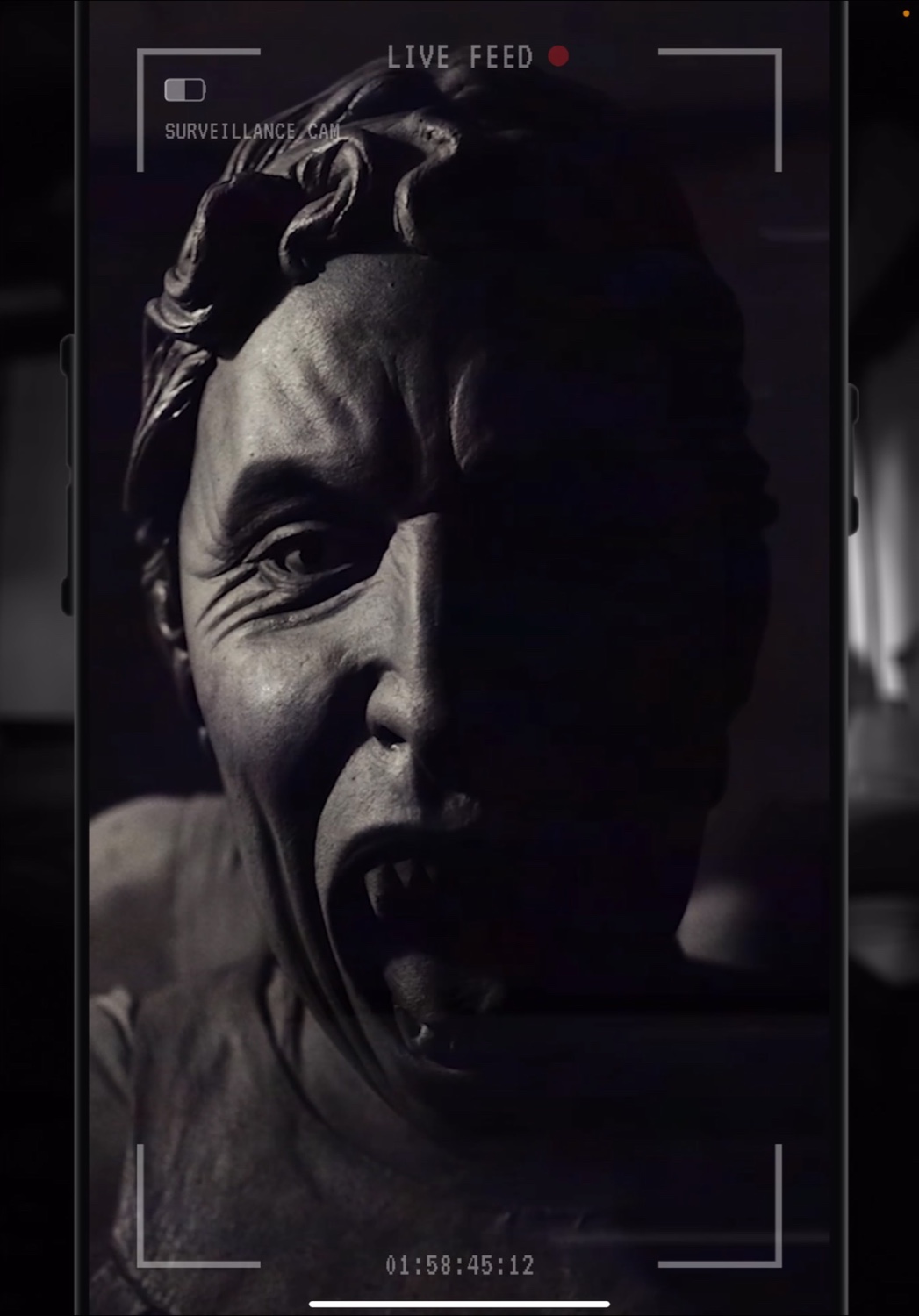 As far as puzzles go, they’re mostly straightforward and hard to mess up, or at least that’s what it seems like from my first playthrough. The game is actually pretty relaxing most of the time, allowing you to go at your own pace and take in all the details. But there is at least one puzzle that you’ll fail if you take too long to solve it, and the clues are so intentionally misleading that I thought I might have encountered a bug. Based on the stats at the end of the game, I missed that and at least two other clues, so I didn’t get the best possible ending. If you do want to see everything, you’ll have to be a little smarter than I was. There are supposed to be multiple endings, possibly connected to certain bonuses that aren’t required to complete the game. I still got a good ending, but I don’t think it was the best ending possible. The game is short enough to replay, though, and I do plan to do so.

Overall, the story was well-written, with all the texts, videos and other media blending together to form a cohesive plot that made it hard to stop playing. In fact, my first session ended up being nearly two hours before I forced myself to take a break. It’s that immersive. That said, I was a little surprised that more of the dialogue choices didn’t give me the option to prove my Doctor Who knowledge. Perhaps the point is that you’re playing this game not as someone who watches Doctor Who, but rather someone who lives in that universe and is unaware of the Doctor’s existence. If that’s the case, though, my dialogue options still seemed a bit milquetoast much of the time, as there weren’t too many opportunities to really freak out about what I was witnessing. So while all the other characters in the game were well developed, I wish there was more room to develop my own and give it more personality with the responses. I would have liked to either be somewhat knowledgeable or completely taken by surprise by everything I experienced. It’s a minor complaint, though, in an otherwise fantastic game. 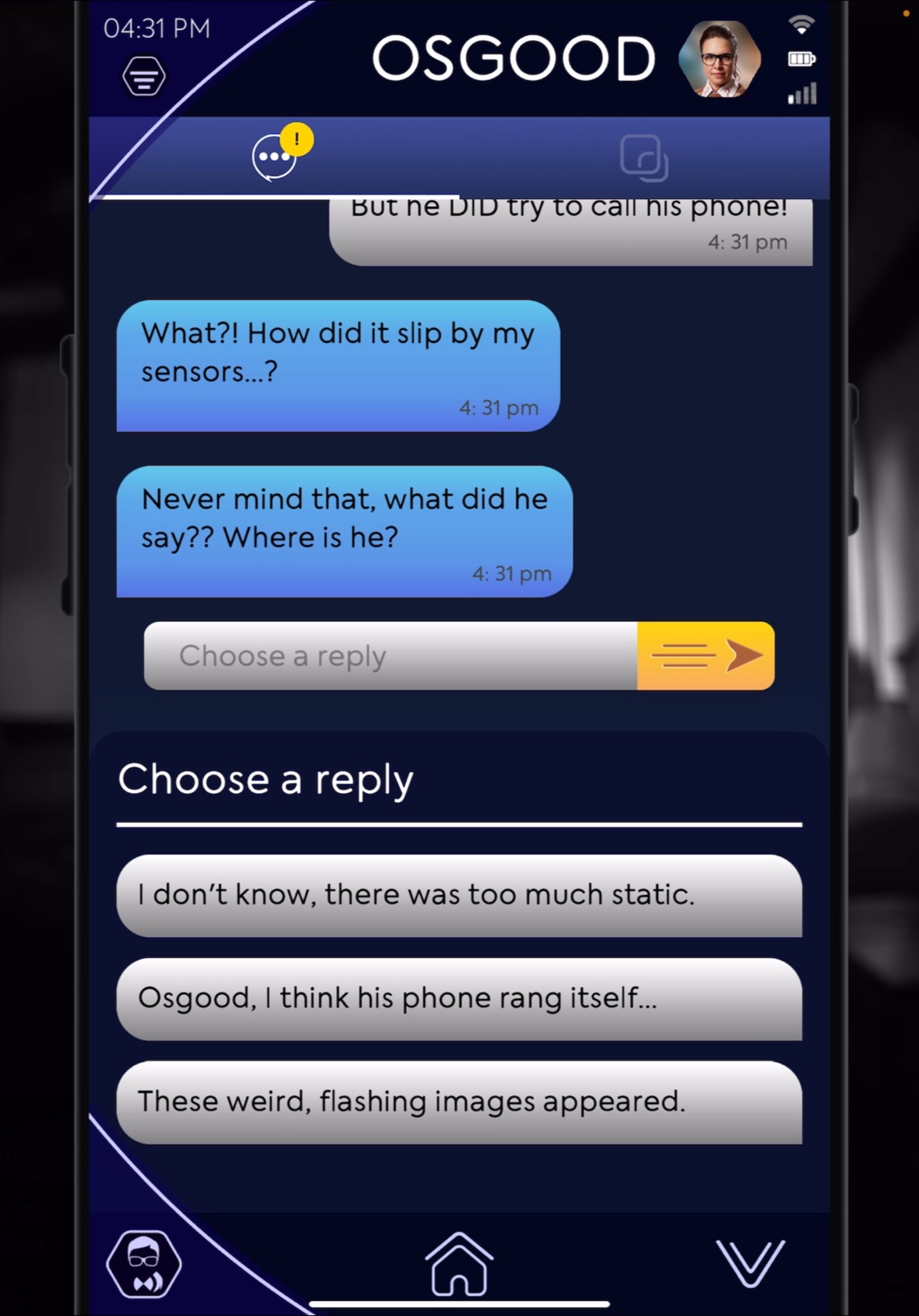 As I said, the Weeping Angels make a perfect subject for a “found phone” game, especially in the hands of the “found phone” masters at Kaigan Games. By bringing back characters from the TV show and tying everything into the known lore, Doctor Who: The Lonely Assassins manages to be one of the best movie or TV tie-in games I’ve seen. Make sure to play it in the dark with headphones on for the best effect, and try to complete it in one or two sessions where you can really pay attention to it, not waiting in line at the grocery. And while it might help to watch Blink or catch up on Doctor Who in general beforehand, it’s absolutely not necessary in order to enjoy the game. So what are you waiting for? Grab Doctor Who: The Lonely Assassins here and find out what happened to Larry Nightingale.