While I normally prefer puzzle games that can be worked out using logic and clues that are dropped, I do also enjoy games based around trial and error, if it promotes experimentation to uncover different results. A good example of this is Bring You Home, which has simple controls and mechanics and encourages playfulness. You can brute force the solutions to each puzzle if you try enough things, but while you do that, you’ll be rewarded with failures that result in entertaining endings. The upcoming Cards! from TheCodingMonkeys, the second game in their MonkeyBox series, has a similar play style, but all your choices are made by deciding between three cards to play. It moves quickly and failure can sneak up on you, but is so compelling that you’ll want to just try again.

In Cards!, you start off in a prison cell and need to break out somehow. Then you follow a cat, but you’re not as nimble as a cat and set off a trap. Before you know it, there are arrows raining down on you. Do you jump out of the way, run, or duck? If you choose wrong and get hit, you’ll lose health. Lose enough health and it’s game over. But if you choose right and make it to the hot hair balloon, you can fly safely to the next chapter. The catch is, you might not always be offered the card needed to succeed. I was confused about this in my short gameplay video, but on further experimentation, I learned that there are ways to prepare for these instances. I don’t want to give away too much, but I especially love how there are multiple paths to reach a successful end of a chapter. 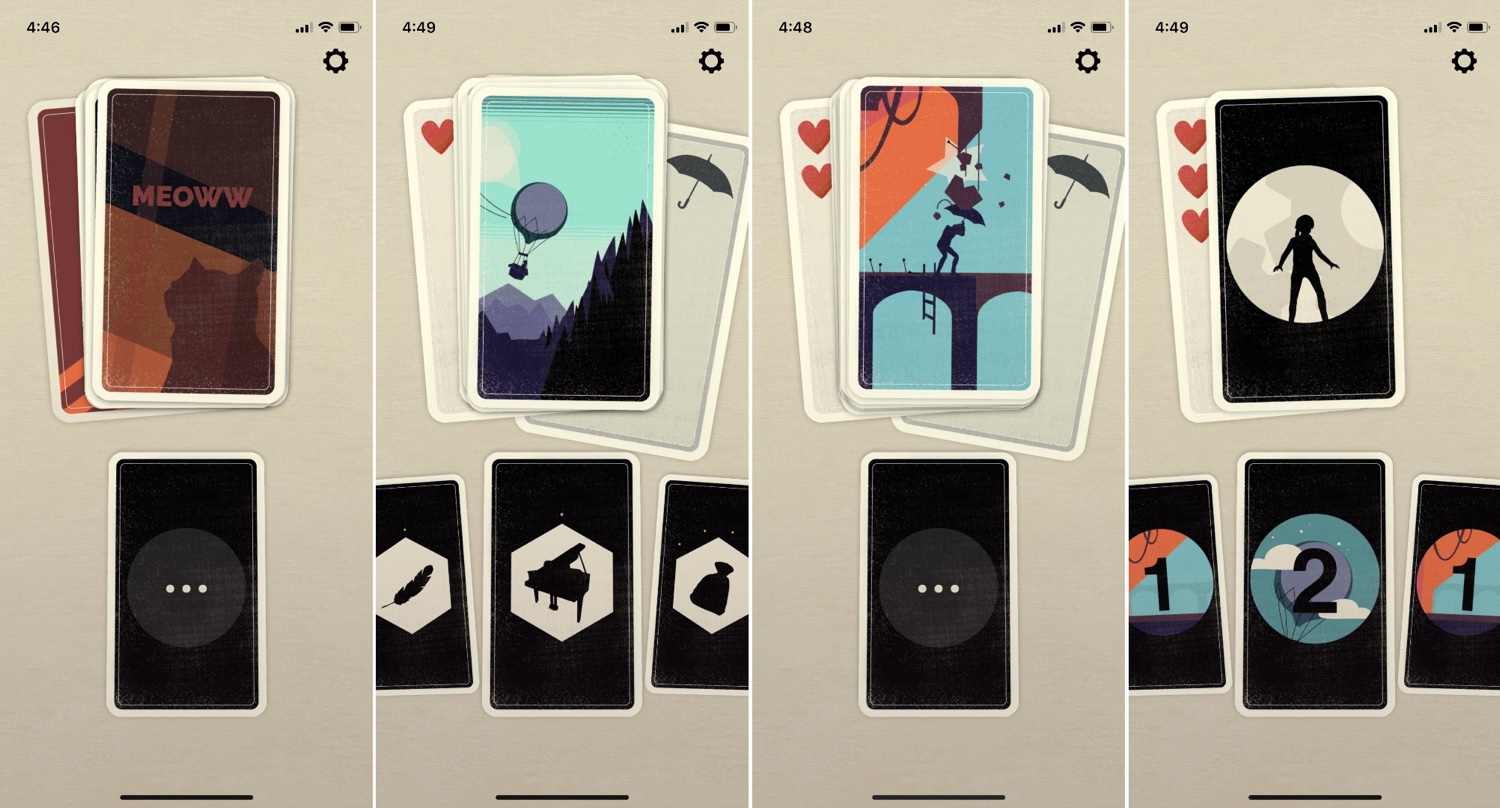 I’ve only played through the first three chapters so far and have been messing around with them to see what I might have missed. But I love the humor and the many ways things can go wrong. It’s exactly the kind of game I was hoping it would be and I can’t wait to see where the rest of it goes. Cards! is releasing on April 15th and you can pre-order it now. There’s also a playable demo if you want to try it before buying.

Prune, Transistor and Some Other Excellent iOS Games Are Currently On Sale