As a game concept, Studio Fizbin’s Say No! More is a strange one. Billed as the first NPG (NO!-Playing Game), it’s a response to the ever-increasing issue of social and workplace expectations that put pressure on people to always be accommodating. You might be afraid to lose your job if you refuse to stay late or risk a friendship by declining to lend them money. This game aims to encourage people to be more honest, armed with the word “NO” as your weapon. Combining an absurd plot, quirky 90s video game art style, a catchy soundtrack, plenty of humor and a fully voice-acted script, what you end up with is a game that’s hard to say “NO” to.

Say NO! More takes place in a world where the word “NO” is banned and everyone is always expected to say “YES.” Then you, a shy and lowly intern who struggles to express your feelings, discover a self-help cassette tape at your new job. While everyone else is stuck saying “YES” to everything, this tape teaches you how to use that forbidden word. Suddenly, new opportunities are opening up for you. You’re earning respect and others want to learn how to do the same. So you decide to use this new power to change the world. 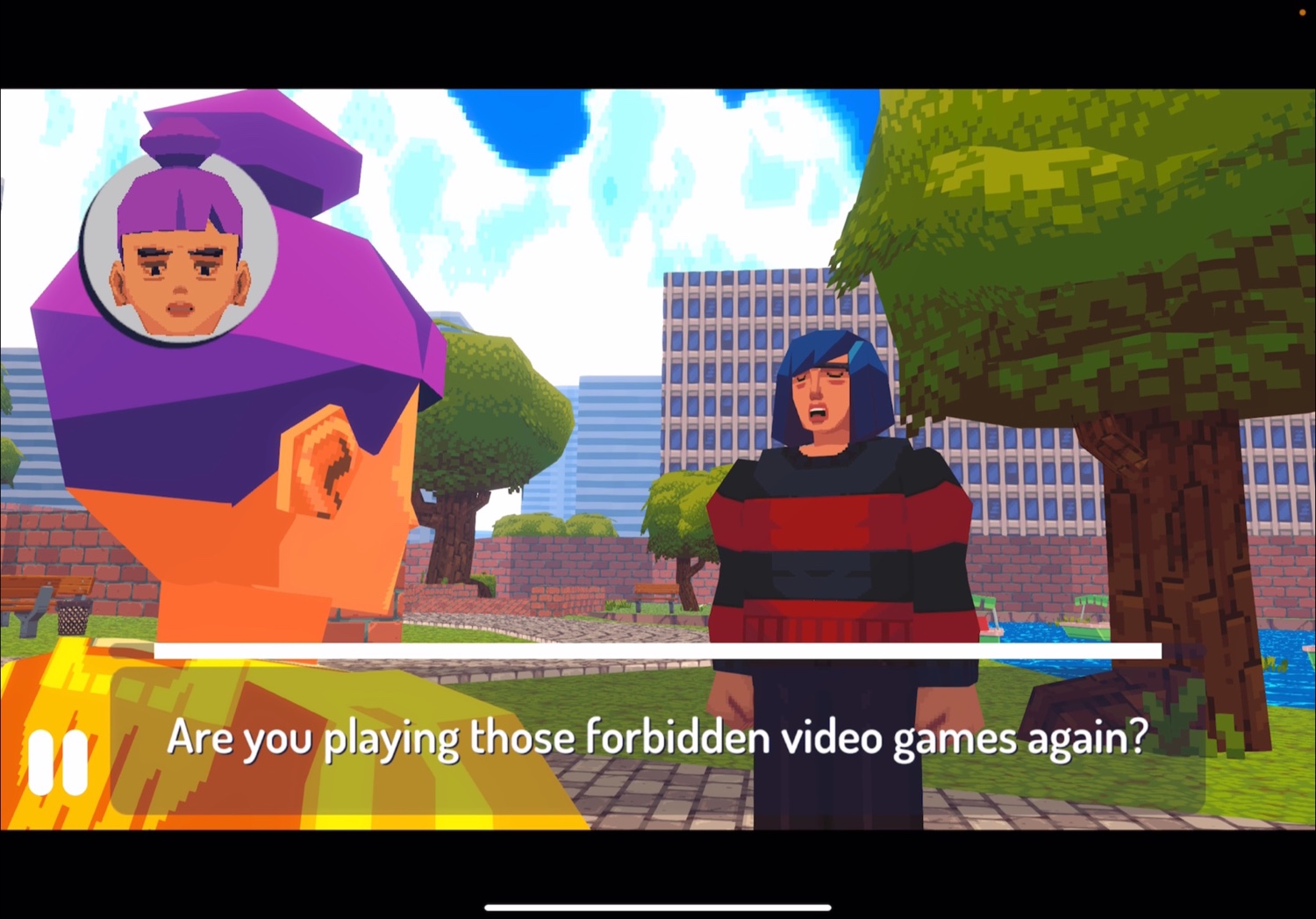 This is meant to be a relaxing and cathartic experience, so don’t expect too much of a challenge. In fact, I’m pretty sure it’s impossible to fail. But that makes the game a good fit for touchscreens. The controls are simple, with your character moving on their own. Then, as someone comes up to you and asks your for a favor, you just tap anywhere on the screen to shout “NO” at them. As you progress through the story, you’ll encounter “enemies” that are harder to defeat and may require a charged NO or some distractions. So your self-help tape will teach you new techniques. For instance, you can press and hold the “laugh” button before shouting “NO” to make it extra effective. Or use the clap button to confuse them. You’ll also learn new types of NO, such as a Cold No and Lazy No. You just tap on your icon to swap between them. It’s all very laid back, the game being about the story and empowerment more than anything else. 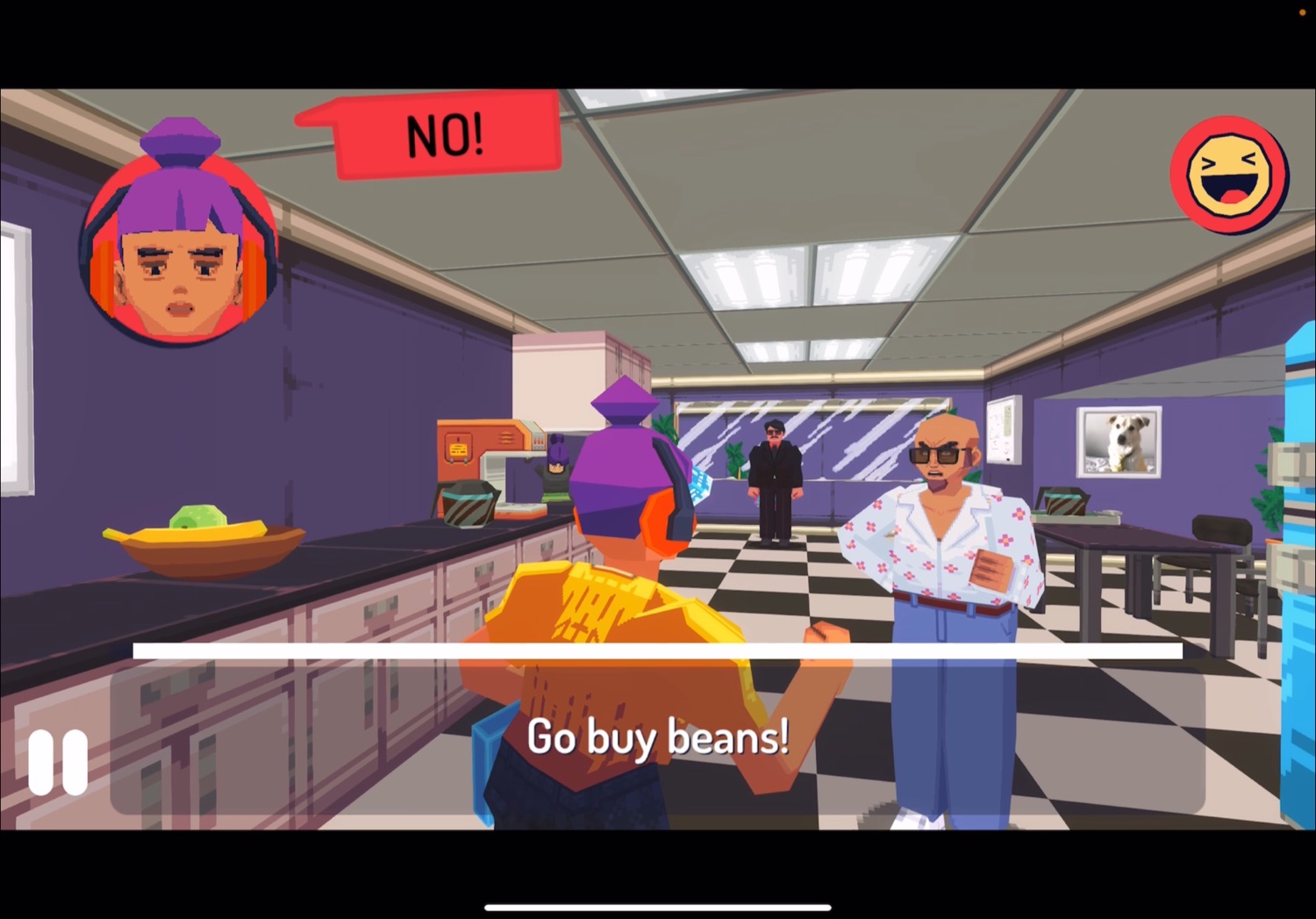 One thing I would point out is that the meter that sometimes appears above dialogue gives a false sense of urgency. Early on in the game, I went a bit trigger happy with my NOs and missed out on some great lines. It gives me a reason to replay it, but I recommend waiting a bit to hear people out instead of rushing through them with your yells, even though it is fun to do that. The developers have made the effort to get voice acting for every line in the game, so enjoy it. Be more selective and timely with your NOs than I was.

I also wish the four different types of NO and four different distractions had more specific uses. It seems that once you unlock them all, there isn’t much reason to use one over the others, aside from personal preference. But that’s being nitpicky. Really, the game is enjoyable as is and anything else would have just been icing on the cake. 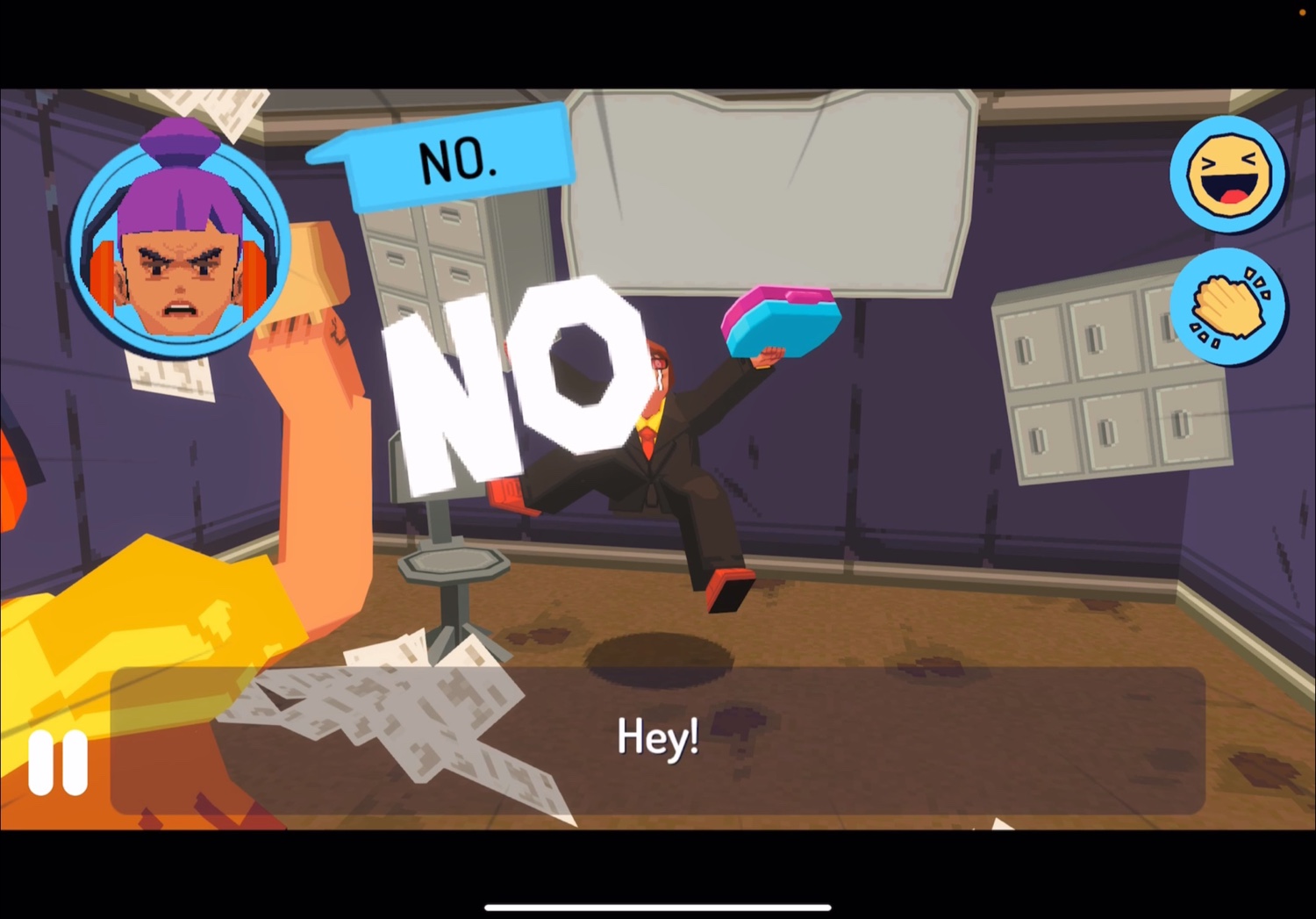 Say No! More also features a robust character creation tool that gives you a lot of room to personalize your character. I was impatient and chose one of the pre-made figures, but it’s fun to mess around with different options and find your perfect look. I also appreciated how you can say “NO” in many different languages. You can entertain yourself quite a bit with the game before even jumping into the story.

The whole game takes about two hours to complete, depending on how much you decide to let people talk. I found this to be a perfect length, as the story moves fast and never loses momentum. The lack of filler keeps it snappy, never dragging. I recommend playing through it in an evening and enjoying it like it’s a movie. Its message will be more effective and leave a lasting impression. 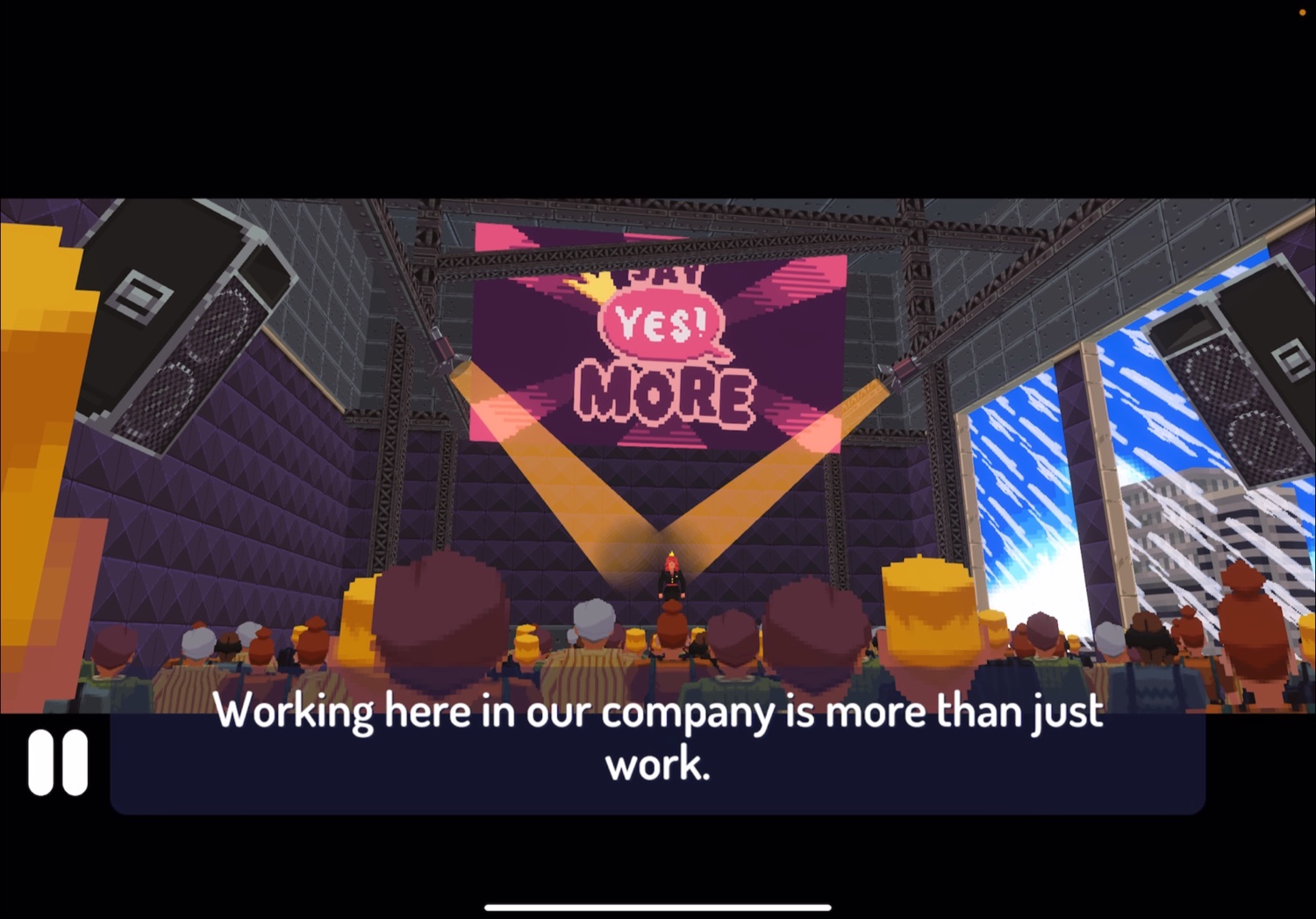 I’m so glad this strange and wonderful game exists. Even if you don’t have any problem asserting yourself, it’s worth playing for the endless humor and, perhaps to realize if you’re putting too much demand on some friends or coworkers. It’s important not to get pushed around, but also not to do the pushing. The game works both as great entertainment and also as tool that will hopefully help people learn to be more mindful of each other. So don’t say “NO” to Say No! More. Grab the game here and follow the life-changing journey of an empowered intern.