The Sense Point
By: Mikhail Ichshenko

The Sense Point is a gorgeous point-and-click adventure made out of claymation, where you swap between human and robot characters to solve puzzles. The robot can squeeze into small spaces or fly up and reach buttons the human can’t. The combination makes for some interesting puzzles and the art style offers striking visuals that are a joy to behold. I really wanted to love the game, and at times I did, especially the little details. But unfortunately, it left a lot to be desired for me.

First off, there’s only one chapter at the moment, and I’m not sure the game is very clear about that when it asks you to buy the full-game unlock IAP for $4.99. I’m fine with future chapters being sold in advance, but only if it’s clear that’s what’s happening. I’m not sure it is here, so you could end up spending the money thinking you’re getting the full game right now, when in fact you’re only getting the first chapter. It’s also not a very long chapter, as it’s drawn out through some tedious backtracking.

I will say that I like that each puzzle has randomly generated clues and solutions so every playthrough is different. You can’t just look up a walkthrough and race through the game without doing any of the work yourself. But that also means that if you miss a clue or don’t realize something is a clue — which can happen often — you would have to go back and find it again. In one instance, this involves an illogical trial-and-error puzzle where you need to go through a series of holes that lead to different paths, eventually getting to the hole you need. But you sometimes need to go back through the hole you just came out of to get to a different one. It doesn’t feel good to solve this, since all you’re doing is trying every single hole. And once you do solve it, you can’t just skip through the hole-hopping to get back there again. You have to go through it each time. Movement is pretty slow, too, making these sections even more tedious.

There’s a puzzle near the end that’s especially absurd, and the only way I could see to solve it was by having a screenshot of a clue that was no longer accessible. So take screenshots frequently if you decide to play it. On a related note, I don’t understand why someone would put electricity controls on a door that can’t be accessed at any time. This game suffers from some of the worst adventure game logic I’ve seen. It also desperately needs a hotspot locator, because it’s hard to tell whether something is interactive. I kept trying to have my robot fly through holes he couldn’t, only to miss a hole that had an entire room behind it. I started to wonder — and pretty early on — if it was being drawn out this way to make it seem longer than it actually is. 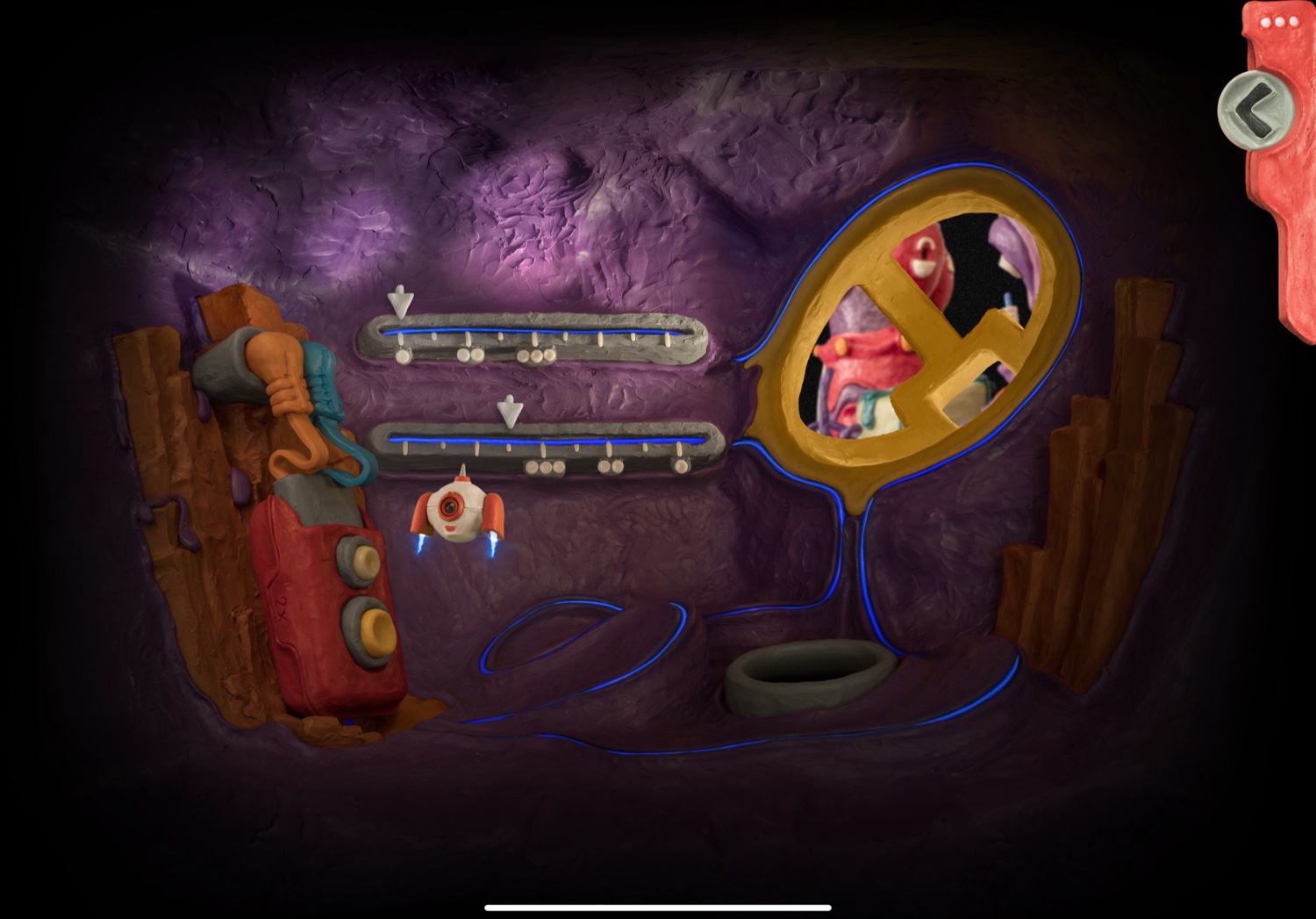 There was also one puzzle that I know I had the right solution, but in two out of three playthroughs, it took multiple attempts to get the game to acknowledge that I had the solution. It didn’t help that there was no feedback from the game that I had solved it. I had to actually leave the puzzle and check if anything changed. And this wasn’t even the only time that happened. Doors unlock when you can’t see them and there’s no acknowledgment from the game. In my case, I would just notice it after I gave up trying to solve the puzzle in the room I was in and left to see if I missed something. In another situation, I thought the game was bugged because I entered the correct combination on a door but the door wouldn’t open. It turned out I had to walk through another doorway I didn’t even notice. So much of the game was like this that it’s hard to recommend to anyone without an insane amount of patience. 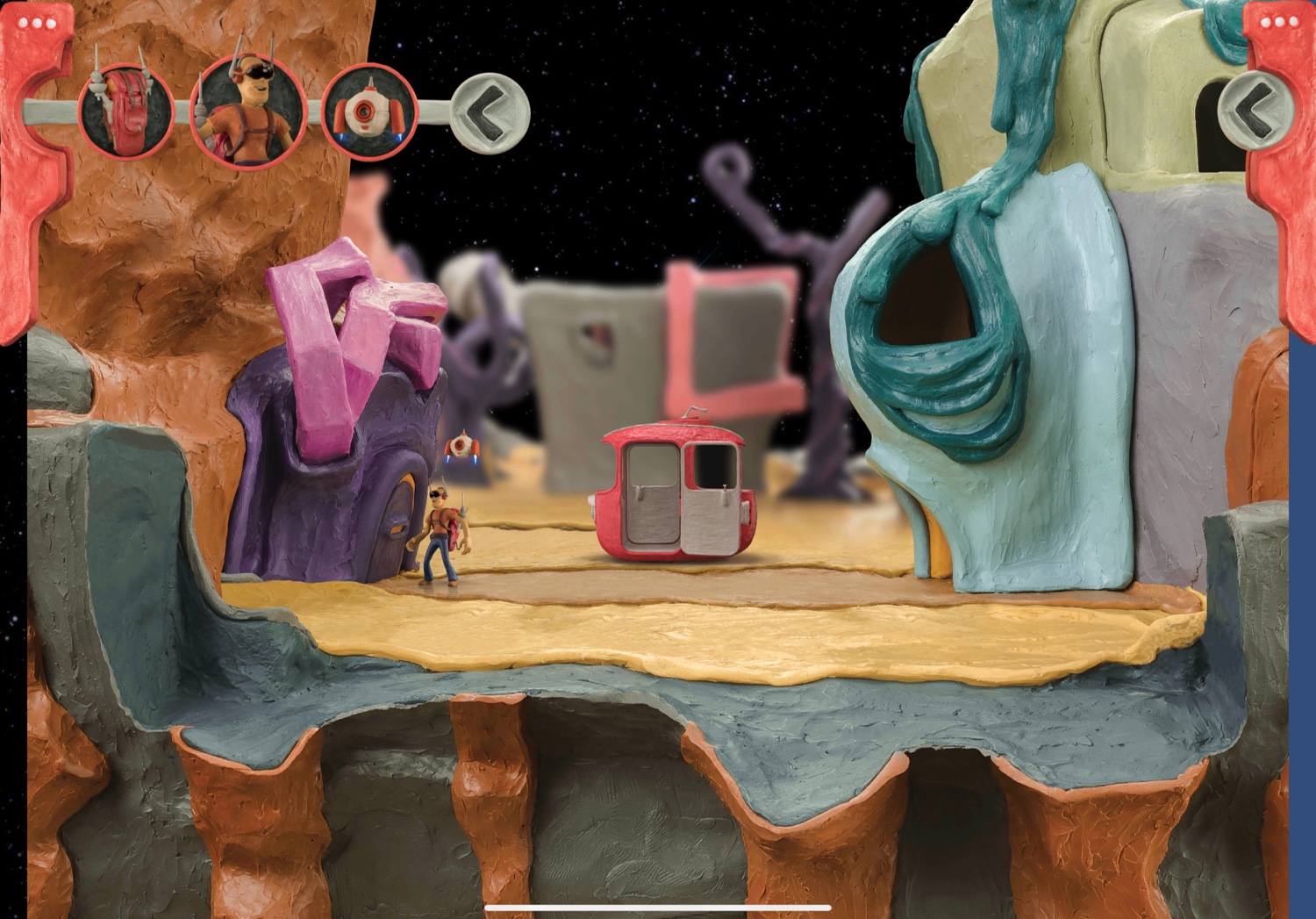 I really wish I could wholeheartedly recommend The Sense Point. I love the claymation and swapping between the human, Sen, and robot, Po. It also has a ton of character, including a video at the end that explains the story so far, since there’s no dialogue at all until then. But so much of the game is an exercise in frustration and there isn’t a whole lot here to begin with. If it was a longer game with one or two tedious sections, it would be easy to overlook. But so much of the short game is like that. Even the built-in hints require you to “charge” a battery, which takes longer with each subsequent hint. You could say I reached my breaking point. Unless you have a high tolerance for this kind of frustration, I would recommend waiting until the rest of the game releases and see if these issues are resolved. If you still want to play it, download The Sense Point here and find out why Sen and Po are stuck on this strange planet.