Haiku Games is back with a new Adventure Escape game, called Psychic Squad: The Italian Affair. You play as Jacqueline Falco, who talks to ghosts, and Khaled Nasab, who sees the future. Together, they solve crime for Interpol’s Psychic Squad. This walkthrough guide should help you if you get stuck on any of the puzzles in Chapter 8. Feel free to ask for extra help in the comments section.

You can watch my video for Chapter 8 or continue below for my step-by-step guide:

1. You’re at the honeymoon hotel where Bernardo took Zeudi. We have to get in! Knock down the flowers. Then grab the bent metal bar that was being used as a hook. Use it to pry open the front door of the car.

2. Look inside the car. Grab the key. Pick up the radio and match the frequency.

3. Press the button to open the trunk. Also, use the key to open the glove compartment and take the card.

4. Take the suitcase from the trunk. It’s locked, so we can’t open it yet. Use the card to open the gate. Khaled will pull up behind you. It turns out he was kidnapped just like you were! Head through.

5. Move the lions and pick up the statuette.

7. Ruffalo comes out and says that Bernardo and Zeudi are already married. Show him the statue you picked up and he tells you Bernardo prays to it and it’s a statue of Venus.

9. Show Ruffalo the evidence. He’ll believe it and lead you inside to the honeymoon suite.

10. Ruffalo head’s over the bridge, but Bernardo cuts it and Ruffalo falls to his death! Now we have to figure out a different way to get to Bernardo. We’re going to climb! First, we need two helmets, two ropes, two pairs of gloves, and two carabiners. Grab the two ropes, the gloves, and then the helmet off the bust. Open the right closet door and notice the t-shirt colored green, white and red like the Italian flag. Also, grab the carabiner below it. Last, look at the photos of hotel staff activities. Tap the photo that’s hidden so you can see it. Now count the number of green shirts, white shirts, and red shirts. You end up with 224. Enter that into the lock to open the left door and also get a second carabiner.

11. Grab the gloves and helmet from the closet. Then put them all on Khaled to prepare for the climb.

12. Now we have to solve the Climb the Cliff puzzle. There are two parts to it. In each, you have to move Jacqueline and Khaled’s circles up the cliff, but they’re tied together, so you have to move them each bit by bit.

I made a second video on my iPhone because the solution from my iPad doesn’t seem to work on there. The rope doesn’t stretch enough for it. So use whichever solution works for you.

13. Tap on the bench to see that it’s screwed down. Zeudi will appear at the window and give you a screwdriver. Use it to unscrew the bench. Now you, uh, have a heavy bench in your bag.

14. Notice the lock on the door and the word over it, AMORE, the Italian word for “love.” Look at the roses overgrown on a plaque. Move the roses aside to see some Latin that translates to “This temple is dedicated to Venus Physica.”

15. To open the lock, count the number of times you see the letters A M O R E on the plaque. You get:

15. The door is barricaded from the inside, so use the heavy bench to break it down.

16. Now we have to Trap Bernardo. This puzzle is a little annoying, but you can follow my video below if you need help.

17. Use the rope to tie up Bernardo. Pick up the Roman sword. Open the drawer and grab the white wine. Move the bed and grab the letters panel. Grab the ancient pedestal from the compartment in the back of the room. And last, move the TV and remove the red tablecloth. To reveal a shrine.

18. Place the ancient pedestal on top of the shrine. Then add the statue of Venus.

19. Go back outside and use the sword to remove the plaque to Venus Physica. Then go back inside.

20. Place the plaque to Venus Physica in the slot in the wall. A new slot will open on the shrine. Place the letters panel down and then use the wine to clean it off.

21. Now tap on the letters panel and spell out VENUSPHYSICA. You can go every which way between letters, including diagonal.

22. Now Bernardo has to stand trial. Talk to all the witnesses to see how they might be useful. Then talk to the Priestess of Venus and choose which ones to be witnesses during the trial. Depending on your choices, you’ll then have more options as far as Bernardo’s sentence goes. Here’s how to choose to get all the options:

Now you can choose his fate or restart the whole trial. Then watch the ending you chose!

This is what “Loss of wealth and charm” looks like: 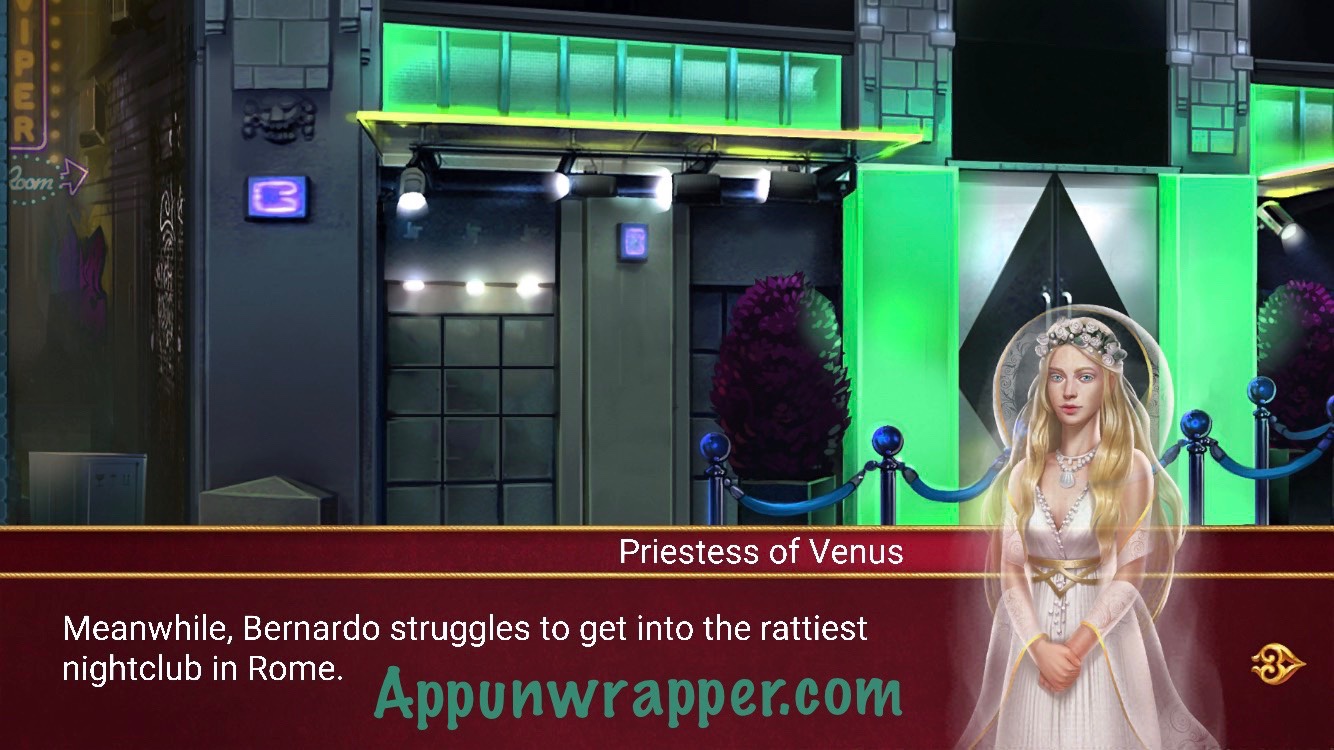 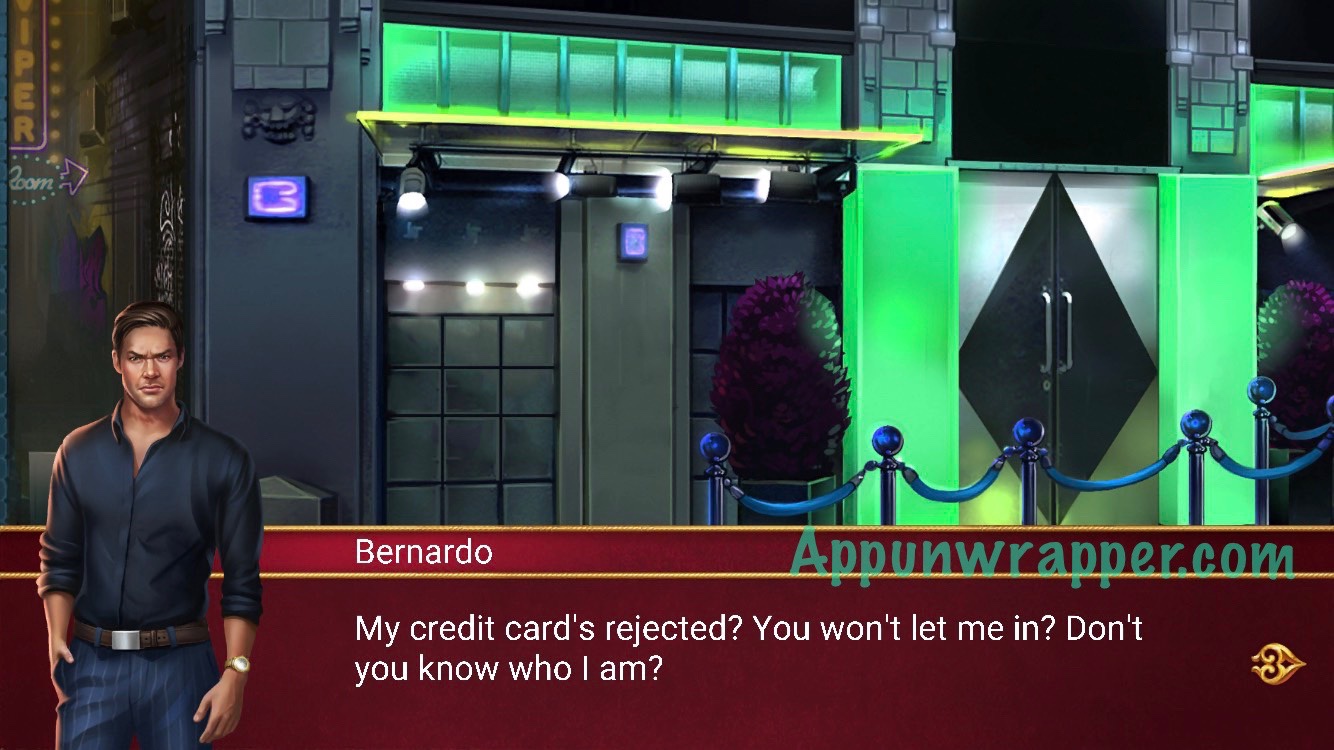 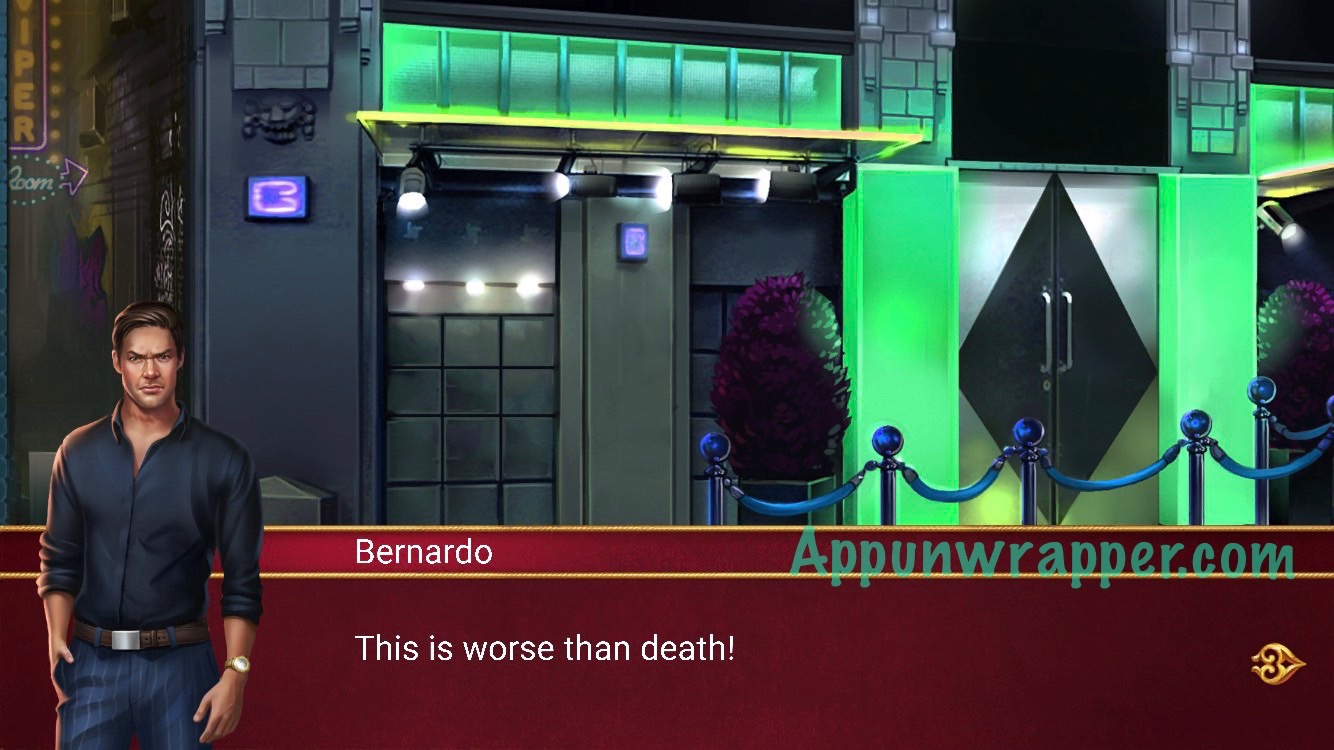 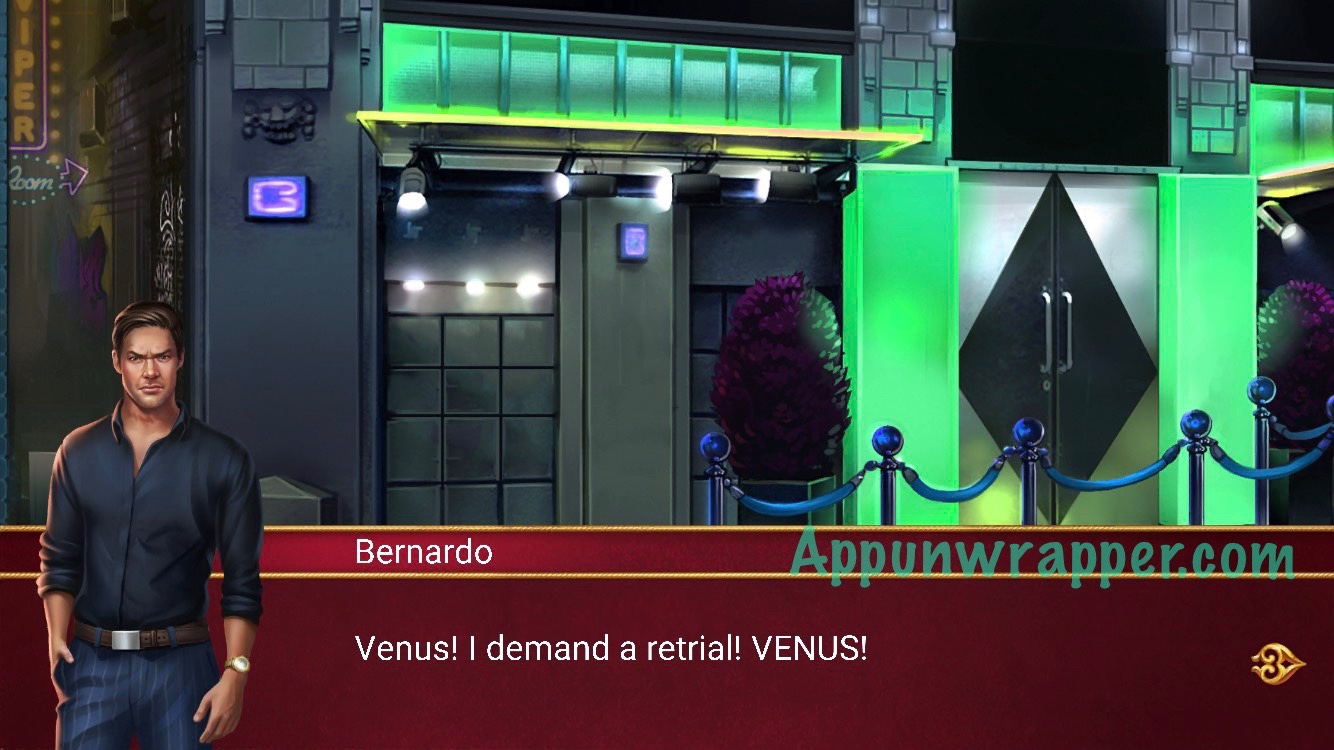 This is what “Loss of wealth and charm, plus 75 years in an Italian prison” looks like: 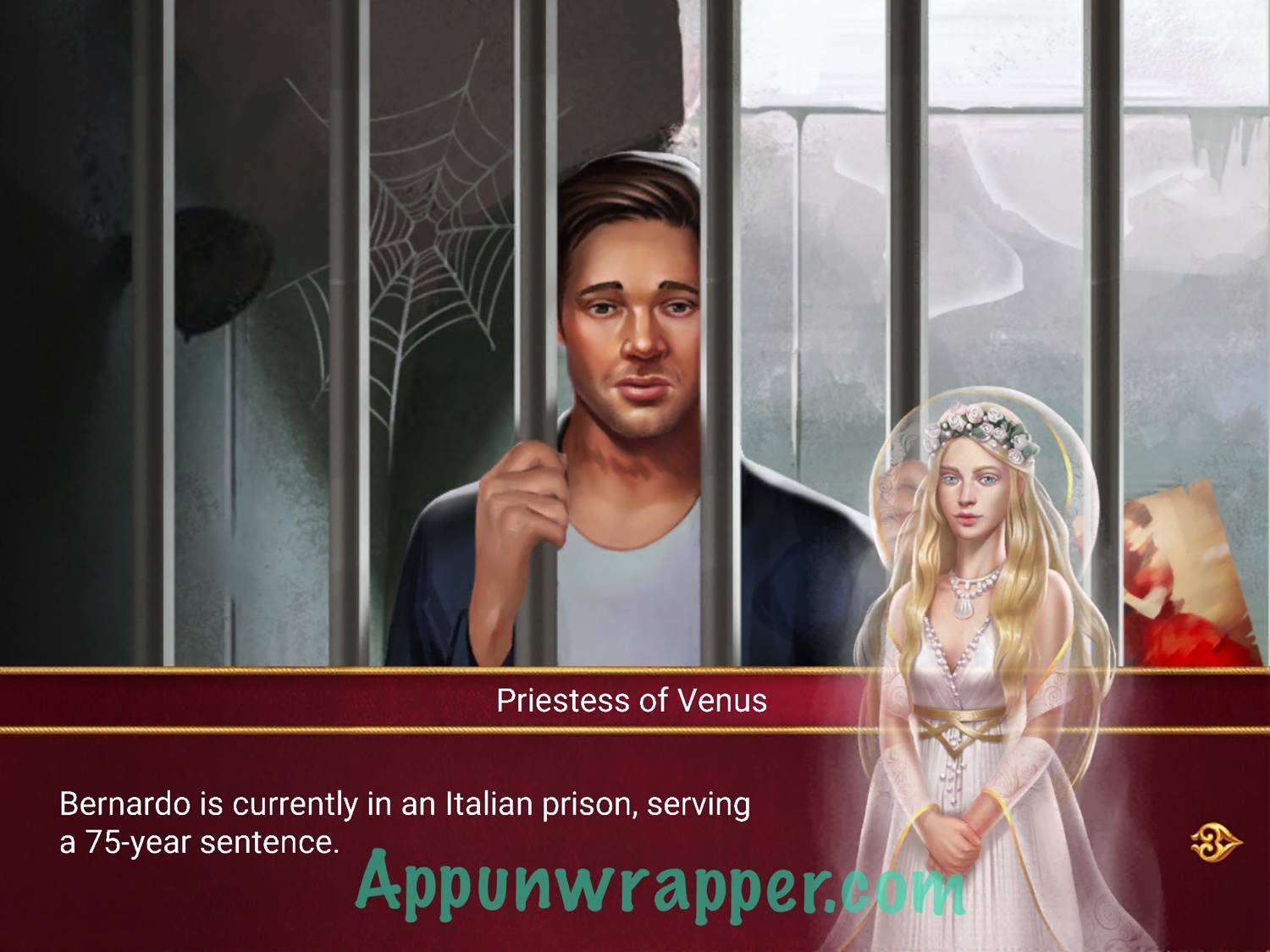 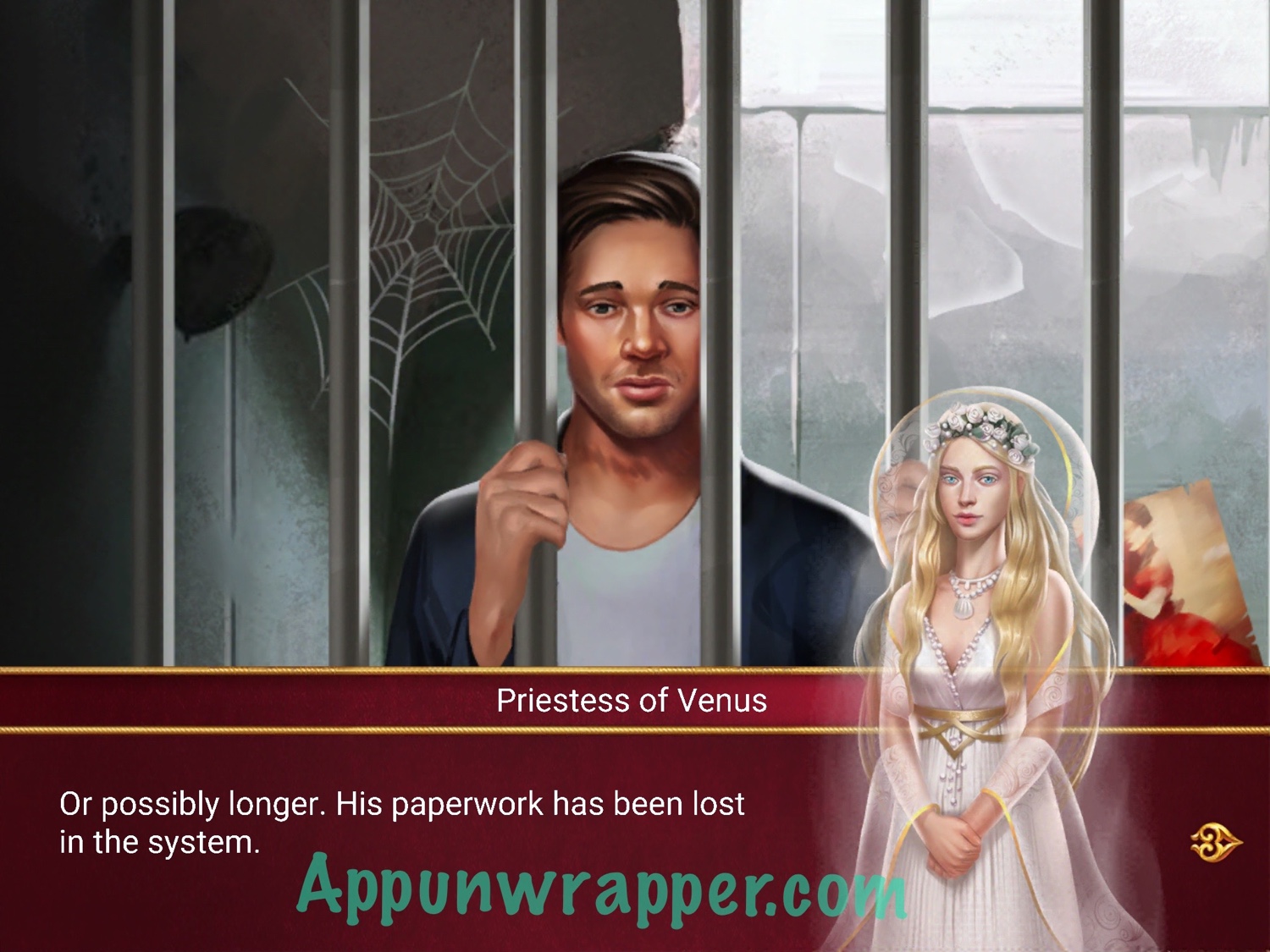 This is what “Loss of wealth and charm, plus 1000 years in a statue” looks like:

This is what “Loss of wealth and charm, plus 4000 years in the underworld” looks like: 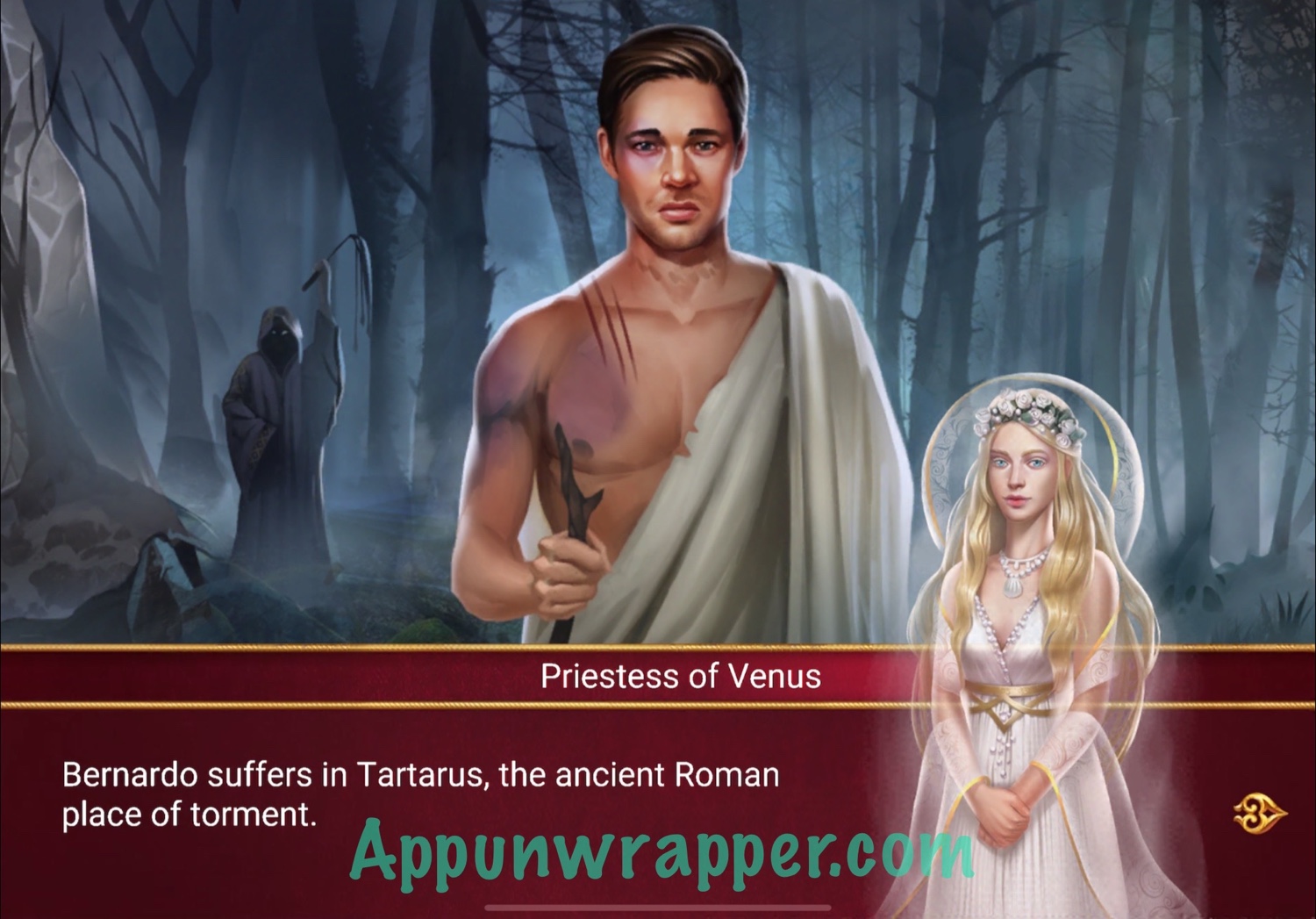 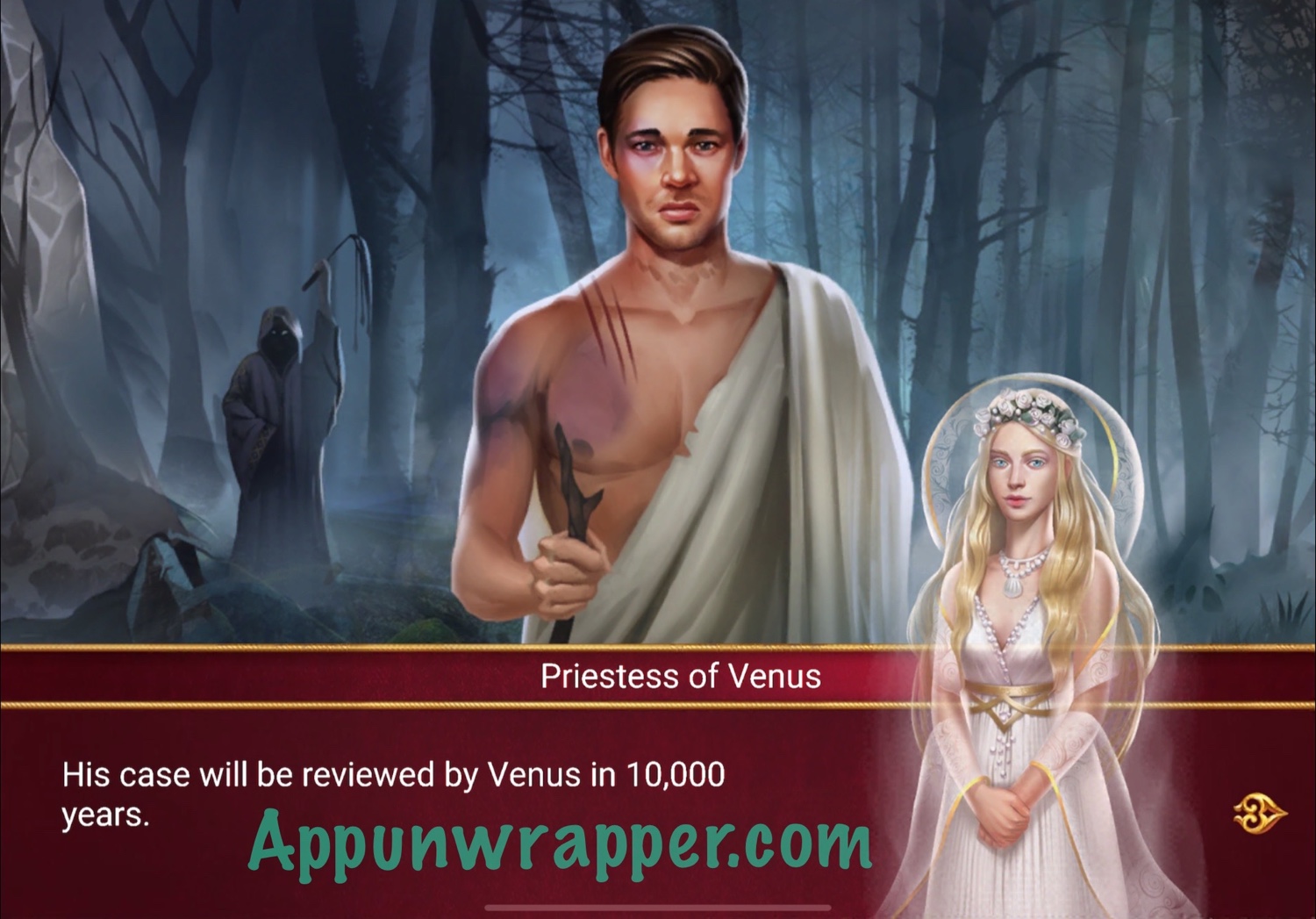 “Stripped of immortality and immediately executed” results in lightning striking Bernardo down on the spot. Not much to show!

And that’s everything! Congratulations!