Baba Is You
By: Hempuli

Back in 2019 when Baba Is You first released on PC, I wanted to play so badly that I did so despite my general aversion to playing games on a computer. Shortly after that I bought a Switch, in part so I could have a more portable option for playing Baba. I made it pretty far between the two platforms and worked on a walkthrough, but eventually stopped because I didn’t want to stare at either my PC or Switch for hours on end while I tried to solve the more difficult puzzles. I reviewed it positively but lamented not having it on my iPhone and also correctly predicted that it would make its way over to mobile devices before I completed it on other platforms. Today is that day and it is a glorious day because now one of — if not the — best puzzle games in existence is available on both iOS and Android devices. And it plays beautifully.

I’m not going to cover all the mechanics of Baba Is You, since I already did so in my original review. Instead, I want to talk about how it feels on a touchscreen device. As I’d hoped, you simply swipe in any direction to move Baba, and swipe and hold to make him continue running in that direction. It works great and feels so natural. On the map or level select screens, you still swipe to move, then tap and hold to enter the area or level. On top of that, a two-finger tap works to undo your last move, or you can use the on-screen button that is otherwise out of the way. There are also buttons for the pause menu and to restart the level from scratch. And last, you can tap and hold to make Baba wait. It’s not clear why you might want to do that until certain mechanics are introduced, but again, I’m thrilled with how it was implemented. Everything just feels great, like it was meant to be on mobile from day one.

I do have one complaint, but it won’t affect everyone. I play games on both my iPad and iPhone, preferring my iPad’s large screen for most games, especially those in landscape mode. Ideally, I would like to keep the same progress on both devices through iCloud sync. That way I can play on a larger screen at home but also have it in my pocket at all times if I have some spare time and want to try and work on a puzzle. Baba Is You does not currently have that feature, so I either have to stick to one device or play catch-up on both — after already having played a large chunk on other platforms. Developer Hempuli expressed interest in adding iCloud in a future update, so hopefully that will happen and we’ll have the perfect version of Baba is You. 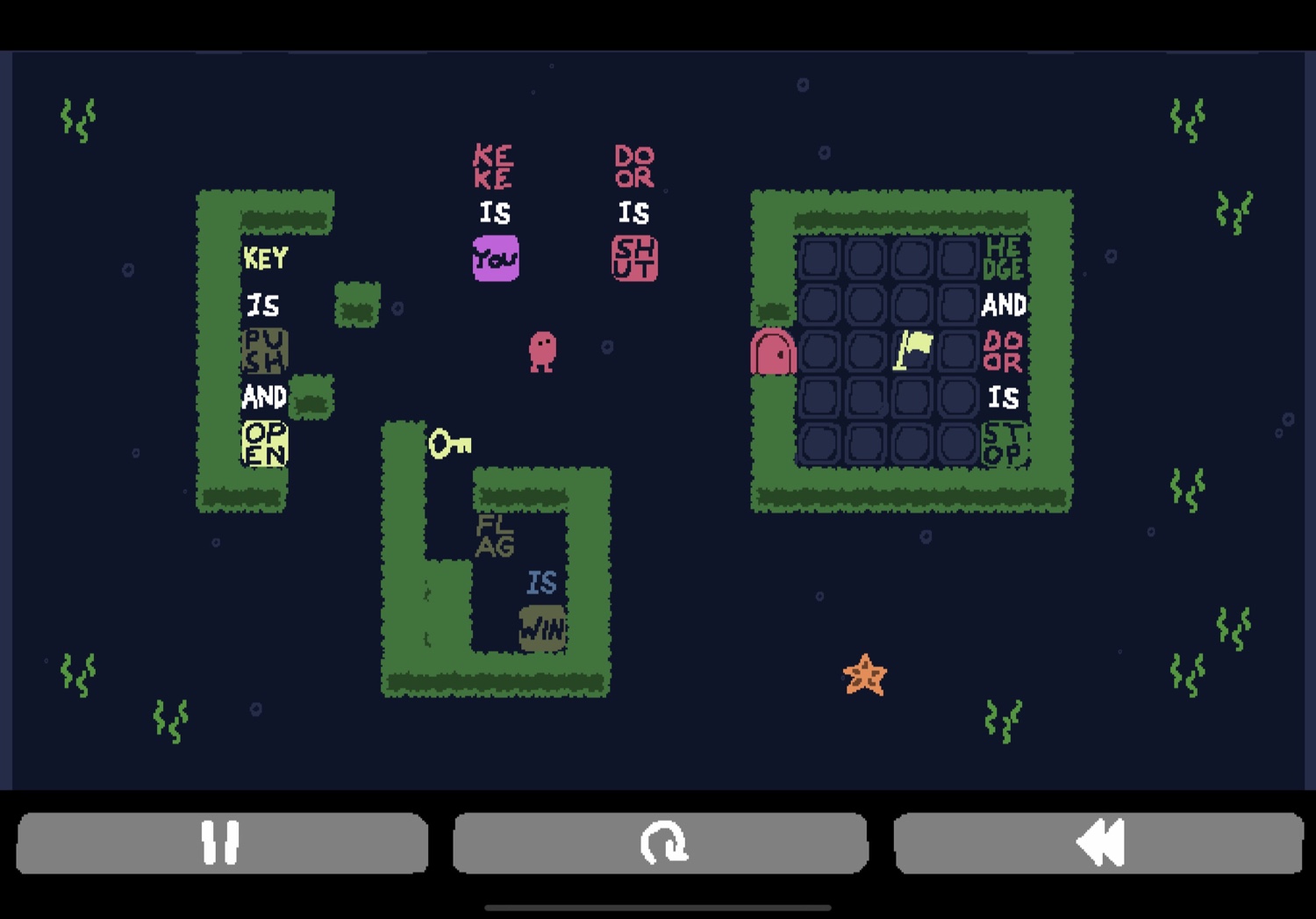 If you’ve never played Baba Is You, please do yourself a favor and grab it now on either iOS or Android. It’s worth every penny on whatever platform you choose to play on. But so much thought went into making this version of the game feel perfect. I don’t miss a keyboard or controller because it’s just so natural to play a game like this with touch controls. So grab Baba Is You here and get your mind ripped apart by its brilliant puzzles.