These days, it’s hard to find someone who hasn’t heard of Schr╬ô├╢┬ú╬ô├▓├│dinger’s Cat. Shows like The Big Bang Theory have popularized the thought experiment devised by physicist Erwin Schr╬ô├╢┬ú╬ô├▓├│dinger in 1935 that a cat inside a sealed box would be simultaneously dead and alive until you open the box to check. That’s the gist of it but there’s a lot more to it and some of it goes over my head. It’s also the idea behind Philipp Stollenmayer, aka Kamibox’s, latest game, Kitty Q. In this free puzzle adventure, you’ll be working together with Schr╬ô├╢┬ú╬ô├▓├│dinger’s great-granddaughter, Anna, to guide the half-dead half-alive Kitty Q out of the quantum realm.

I was lucky enough to get early access to Kitty Q and just finished playing through it. Although it’s geared towards children to teach them about quantum physics, I thoroughly enjoyed it. My favorite bit is that the cat acts as your inventory. It eats any objects you find (as cats are wont to do — I have the proof sitting next to me on the couch after emergency surgery to remove a string from her stomach) and then you rub its belly to access those items. Everything is super stylish, as can be expected from Philipp Stollenmayer. There are costumes to find to dress up your cat, there’s a catchy theme song I can’t get out of my head, and the puzzles are fun to solve. There’s also an informative Kittypedia, which is not available in English yet but will be by the time of release. 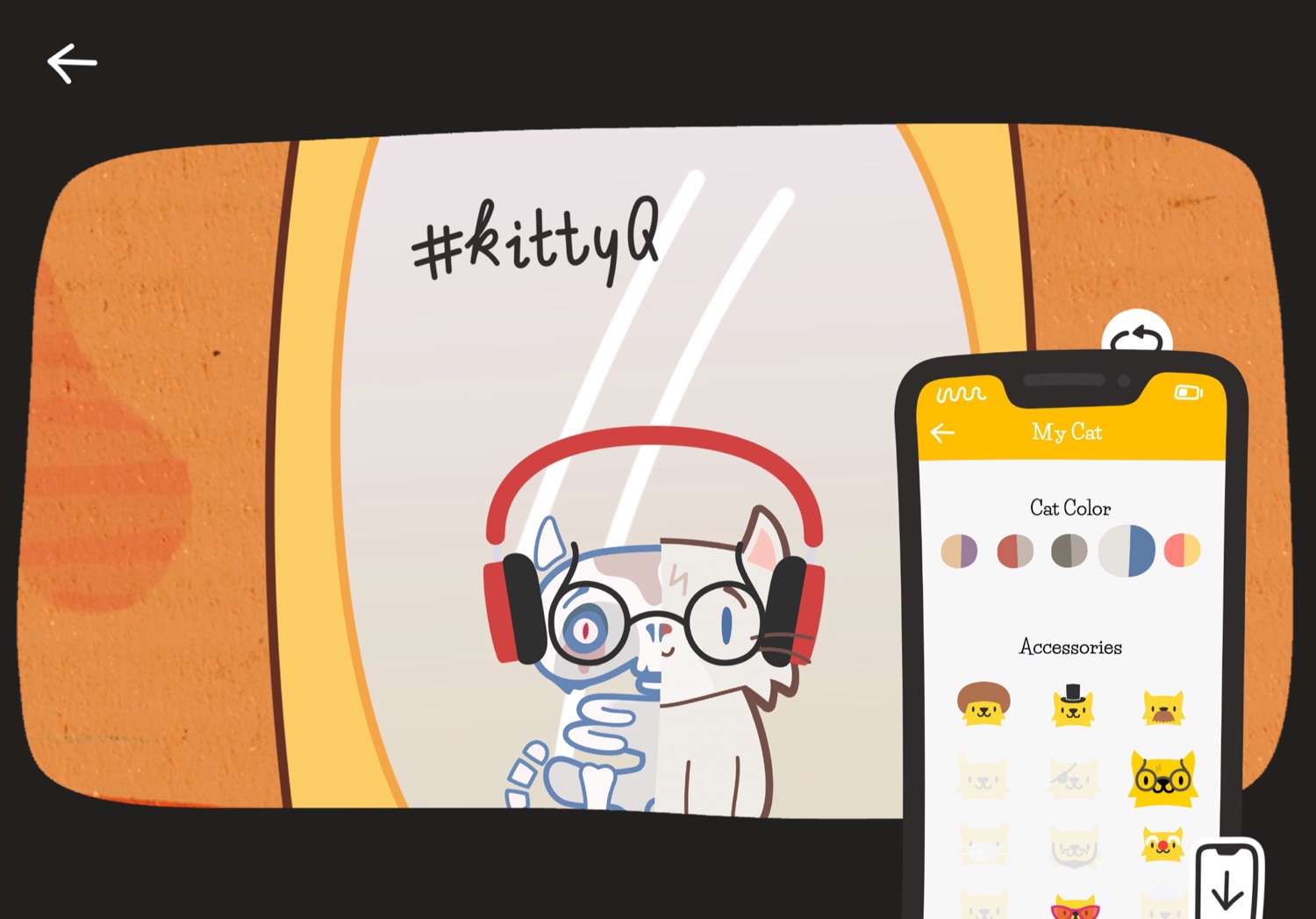 Kitty Q is a must-play for any puzzle fans, cat lovers, or really just anyone who likes insanely charming games. It releases on October 13th on iOS and Android and will be completely free, thanks to finding from the German Federal Ministry of Education and Research. You can pre-order it now to have it automatically download once it’s out, and I’ll also be sure to remind you when it’s available.