Sole Light is a new puzzle game from Indeep Studios that takes place in a dystopian setting. I played a demo of it a couple of years back and was impressed, so I was looking forward to the full release. Having now finished it, I can easily recommend it to puzzle fans, with a few caveats. The game looks great, adds a lot to the genre, and has an ending that genuinely surprised me. Of the many puzzle games that released this year, this is definitely one of the better ones.

In Sole Light, you take control of a nameless young man in a strange world who witnesses a woman falling. She drops her backpack and he picks it up, then tries to follow her and return it. You direct him along paths by swiping to move him one tile at a time. In each level you need to get either to a bonfire or some other marked goal. But the catch is that the second you step off a tile, it disappears. There are some special tiles that can be used more than once, so you need to strategize around them. You’ll also have to work with different mechanisms to forge a path forward. There are colored buttons that move matching platforms if you push a boulder onto them. There are electric barriers that block your way and rotating platforms that force you to switch up your whole strategy. 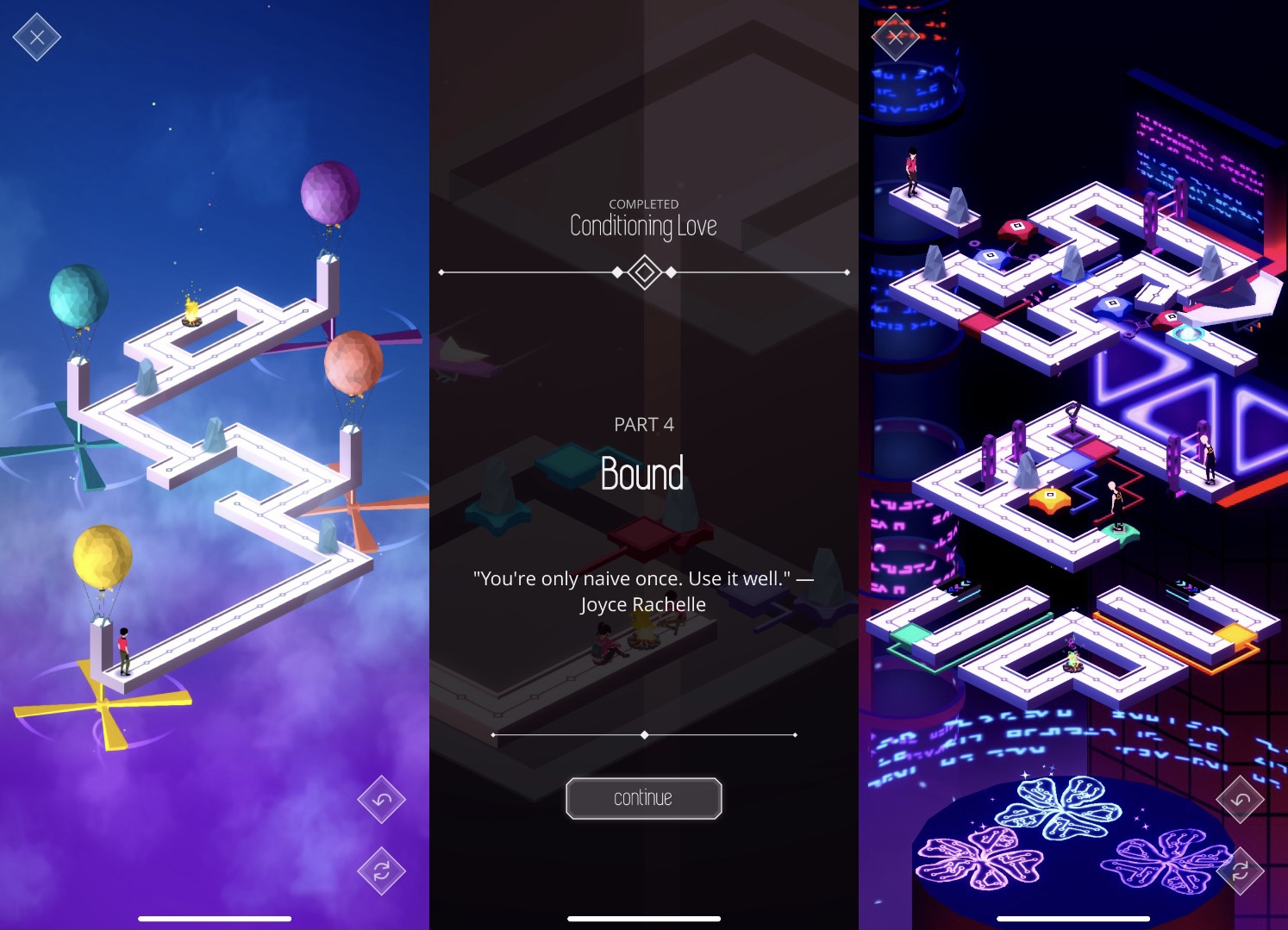 Before long, you’ll encounter zombie-like clones that you can control. This is where the game gets really interesting. It’s hard not to make comparisons to Playdead’s INSIDE here, but the game does enough to stand out on its own that I wouldn’t dwell on that for long. When you see a these clones, simply tap to select one and it will move along with you when you swipe. Usually you’ll have to use them to reach buttons that you can’t. Things get really tricky when you have multiple clones and multiple layers of paths and you need to figure out the order of operations. 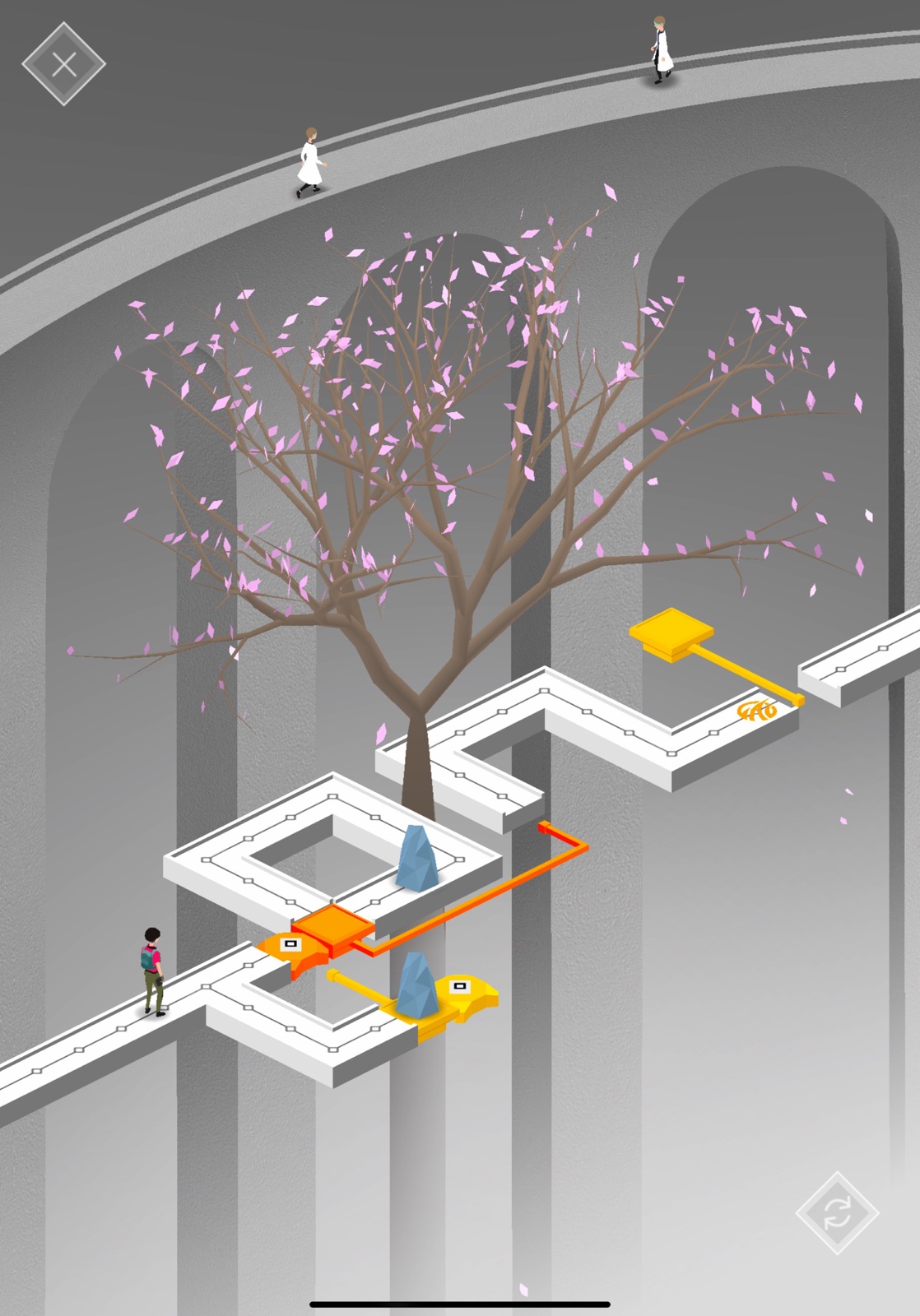 The puzzles themselves are really satisfying to solve and I enjoyed working out how to do so. But there were also some frustrations. The inability to backtrack means you need to plan out your moves ahead of time. By design, you can’t really fix your mistakes. Once the ground crumbles away or you use a mechanism, there’s no going back. The undo button only allows you to reverse one step by your main character. Any other actions can’t be undone and would require a reset. Some levels do have checkpoints so you don’t have to start back at the beginning of the level. But even those aren’t always enough. Thankfully, there aren’t too many truly tedious levels so it’s still easy to recommend the game as long as you’re not completely against the idea of a puzzle game without an undo button. And the surprising ending made even the more tedious bits worth the effort. 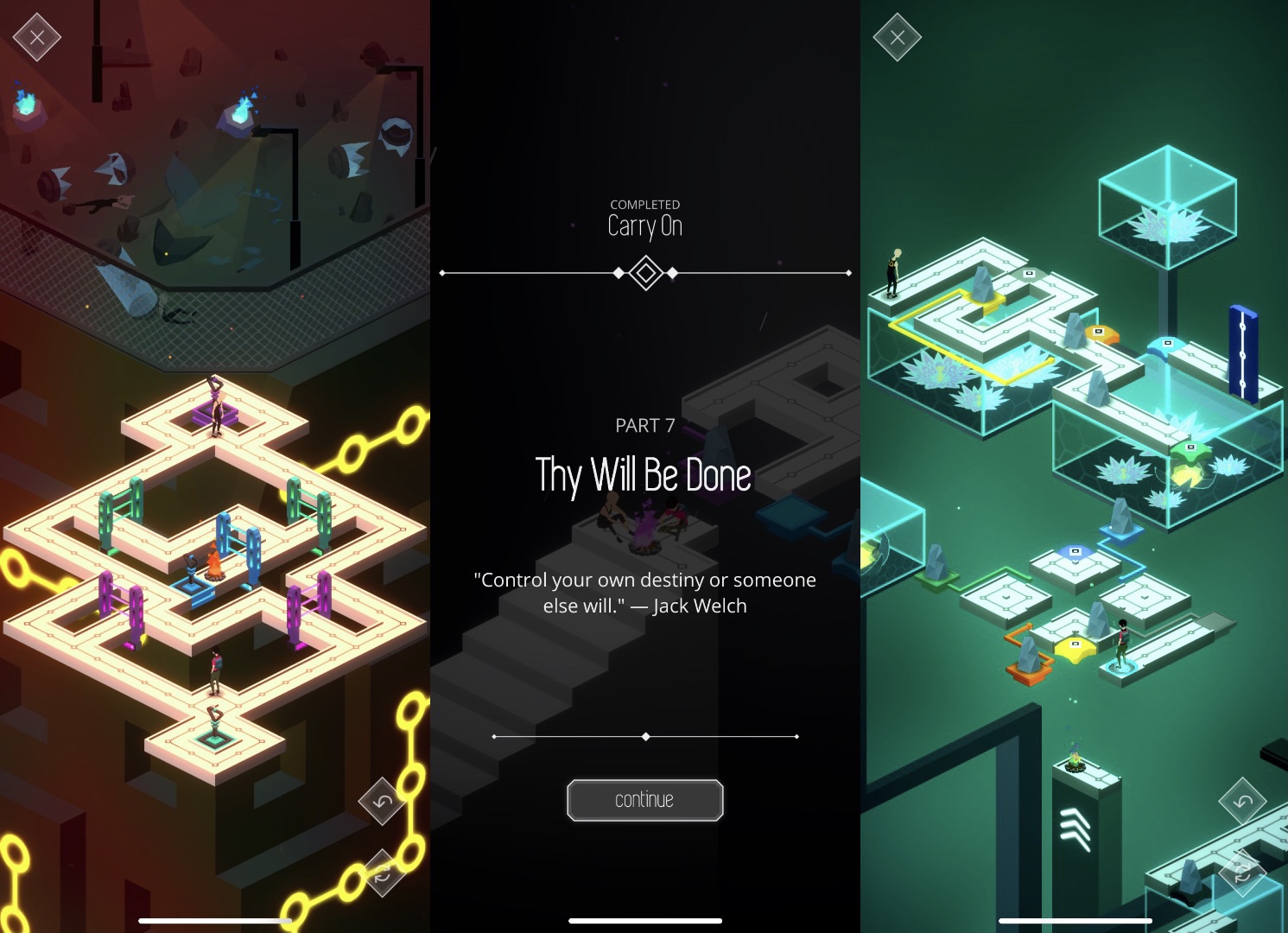 Sole Light manages to take some fairly simple ideas and combine them to make genuine head-scratchers. Together with its detailed environments and eerie soundtrack, it’s pretty easy to get immersed in the game. I also appreciate that it plays in portrait mode, so it’s the perfect one-handed game. You’ll just need a little bit of patience for its trickier content. If that doesn’t bother you, grab Sole Light here and see what lies at the end of your dystopian journey.

And if you need help with any of the puzzles, I have a walkthrough guide here.