Milo and the Magpies
By: Second Maze / Rusty Lake

Milo and the Magpies is a very relaxed puzzle adventure game in which you play as Milo the cat trying to get home. It’s not too difficult, but there are some tricky parts, as well as secrets to find. So this walkthrough guide should help you if you get stuck. Feel free to ask for extra help in the comments section.

I have a video for the full game here, or continue below for my step-by-step guide:

1. Tap Milo a few times until he hides behind the fountain.

2. Tap the mower to move it. Tap the rock and then drag it to the top of the fountain. The bird will land on it.

3. Tap Milo two more times so he scares off the magpie. When the woman comes out of the house, tap on Milo again to make him meow. She’ll pick him up and place him on the wall. That’s the end of Chapter 1!

Secret: After the mower moves, there’s a frog in the grass where the stone used to be. 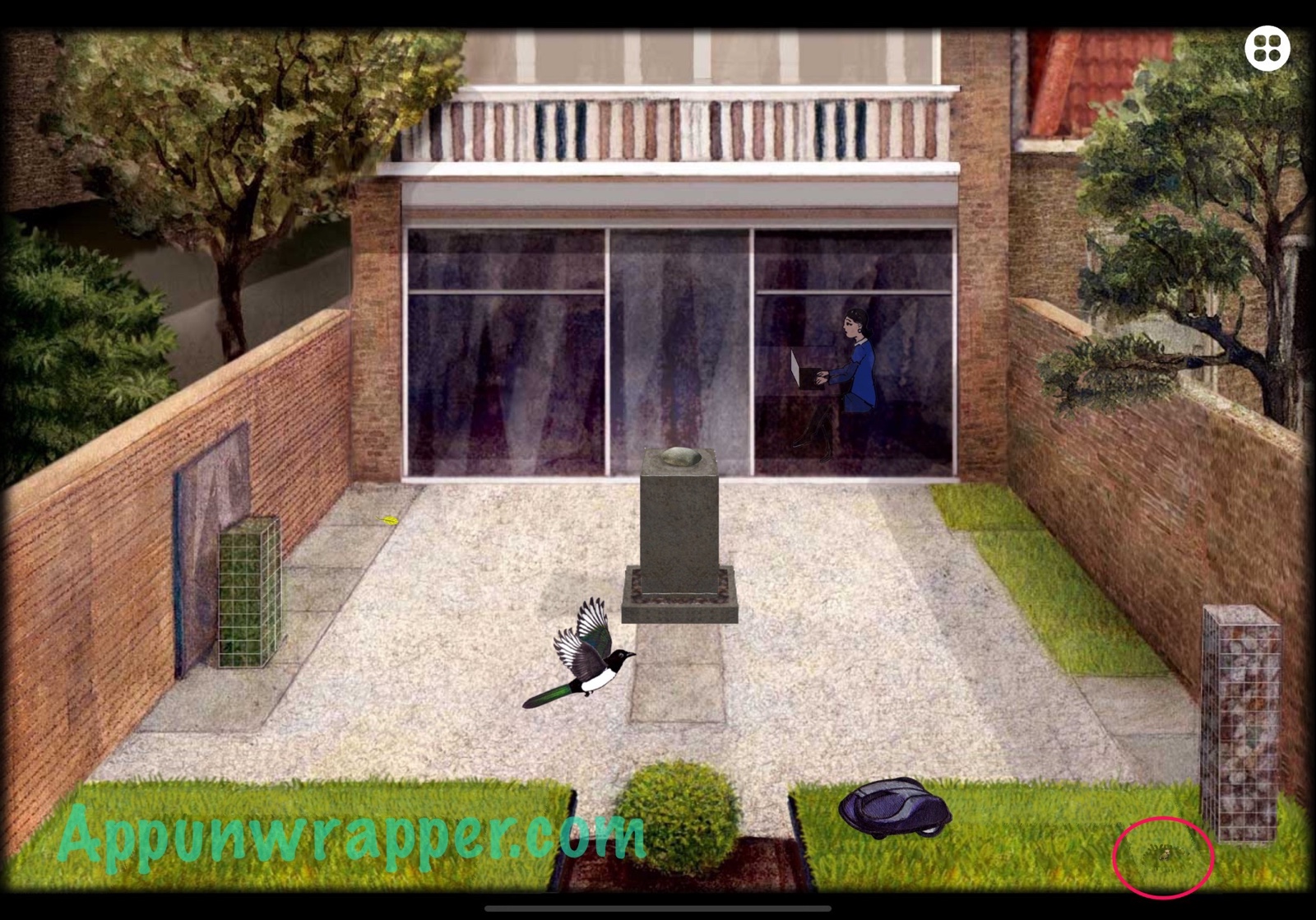 1. Tap on Milo a few times until he goes under the table.

2. Tap on the table to zoom in. Notice the window is cracked. Tap it to shatter it and then tap on Milo again to get him to jump through.

3. He’s stuck in the shed! Try to open the door and the handle falls off.

4. Look in the jacket pocket near the table to find a key. Use it on the door. The bird grabs it and drops it in the pond.

5. Now there’s four numbers to find, along with a painting that shows you the order to use. Once you have the four numbers, you’ll use them to unlock the bike. So find the paintbrush the artist is holding. Zoom in on it to see an 8. Tap on the table and then zoom in on the card under the wine bottle to see a 2. Tap on the frog statue and count the points on his crown — 6. And last, find them apple on top of the shed and see the 3 on it. The painting tells you to go in that order — paintbrush, wine, frog, apple. So unlock the bike using the code 8263. 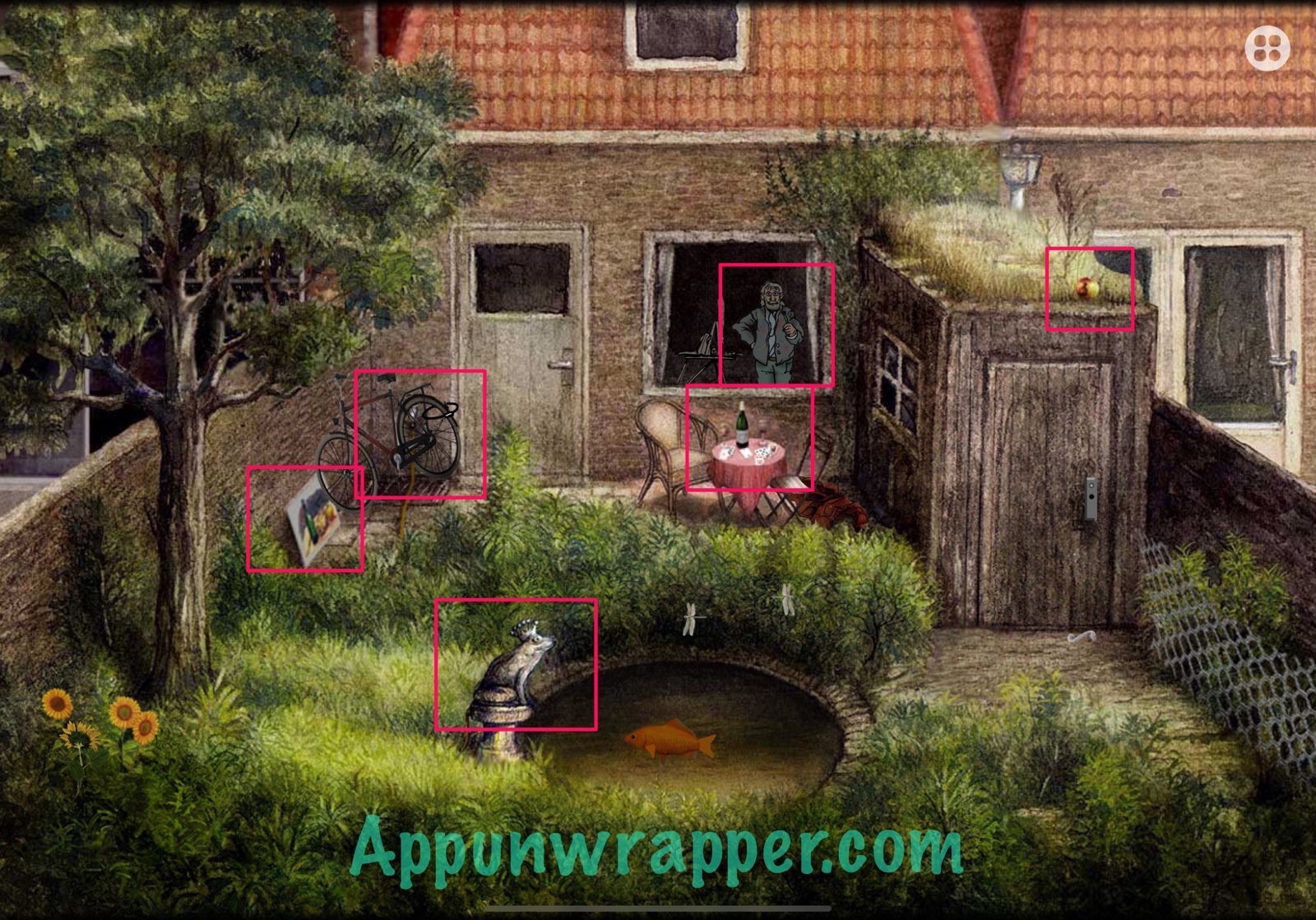 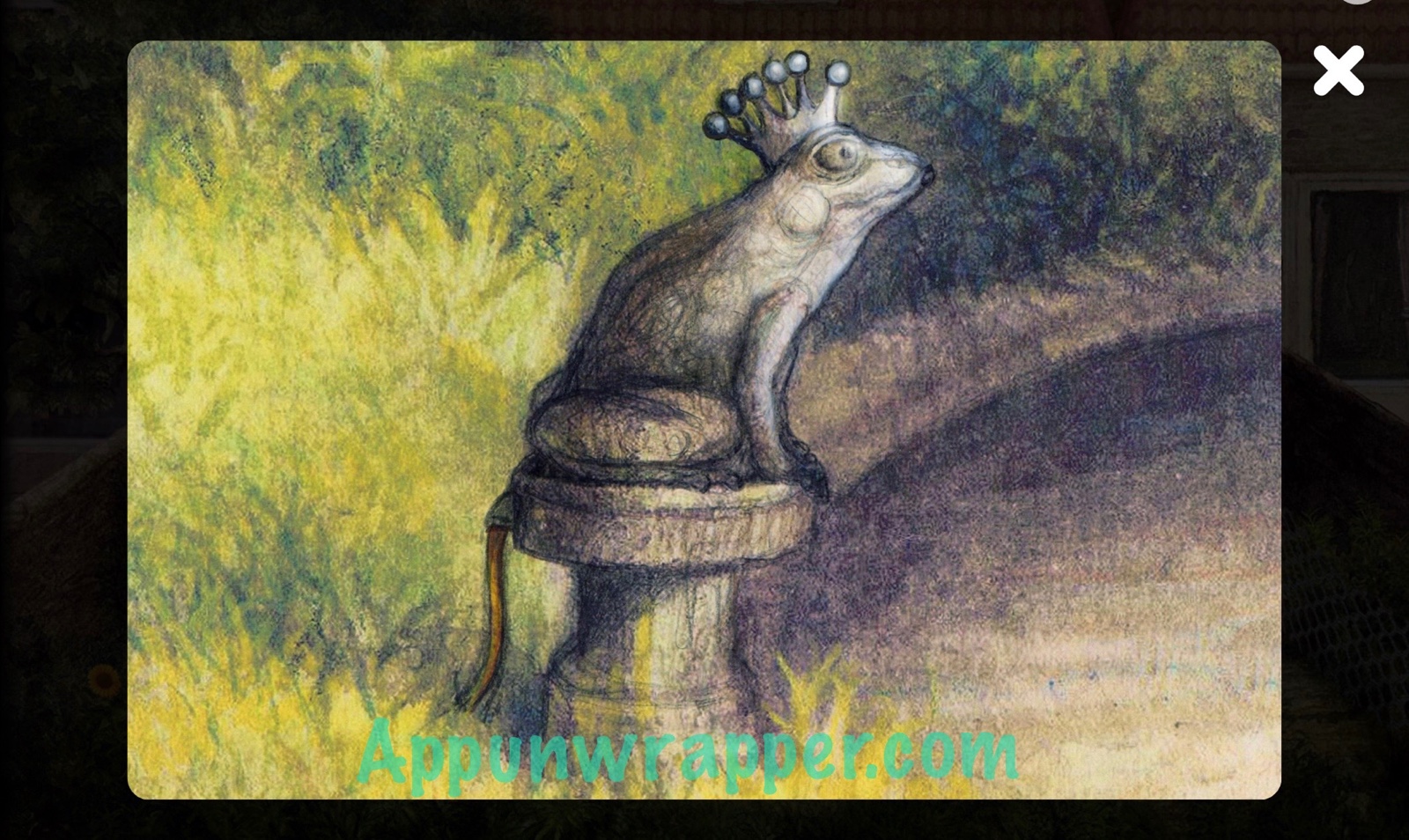 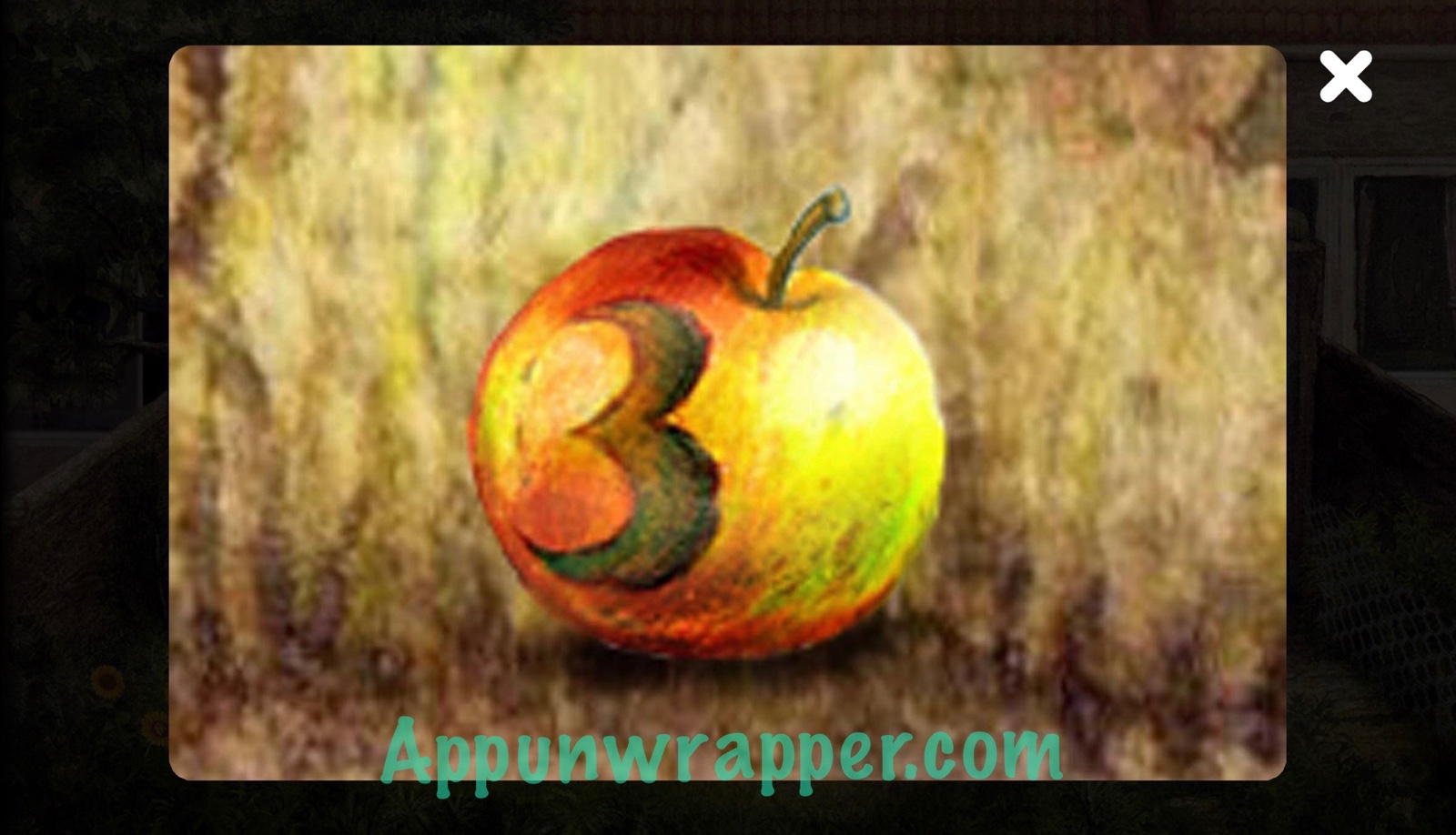 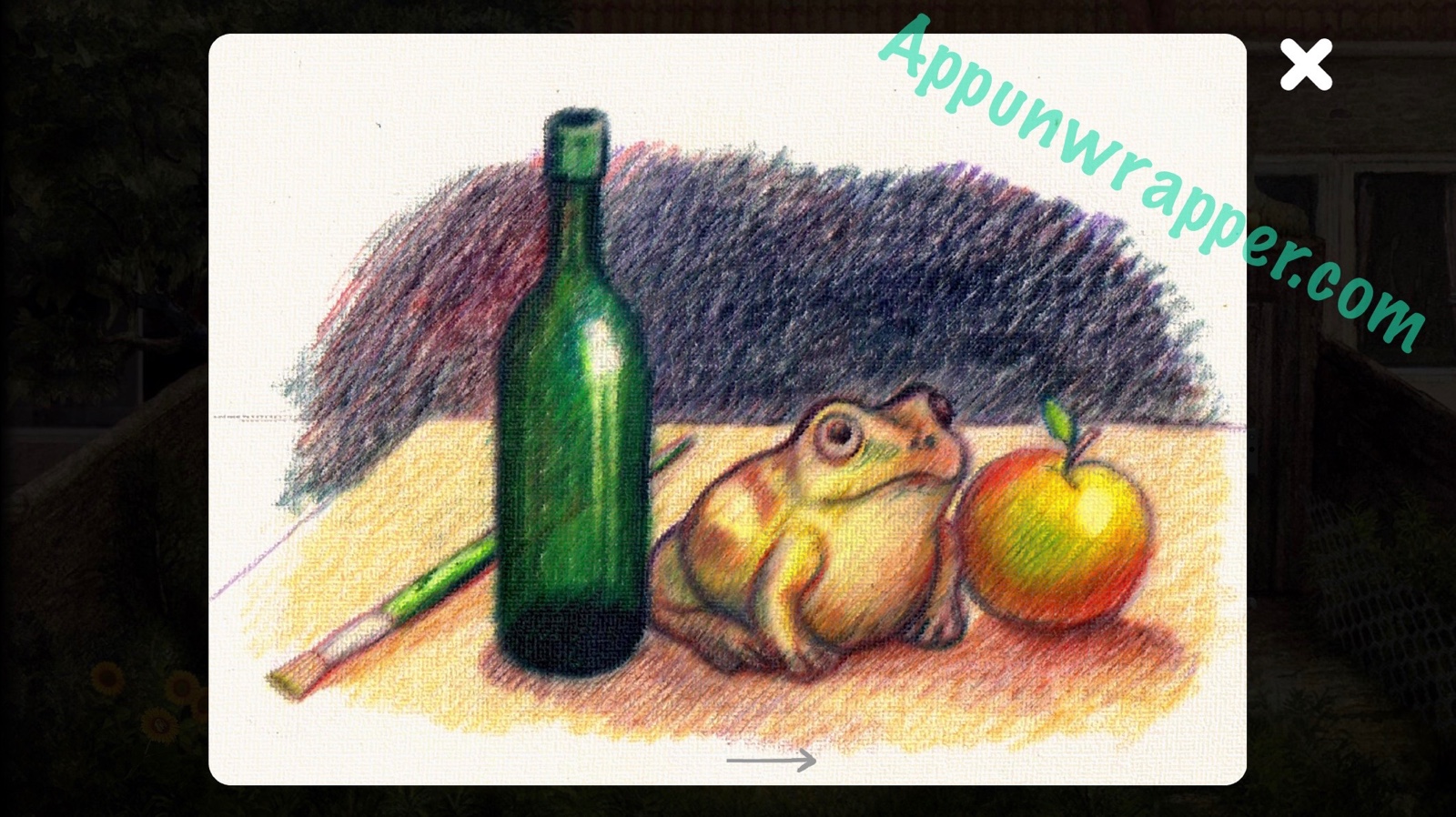 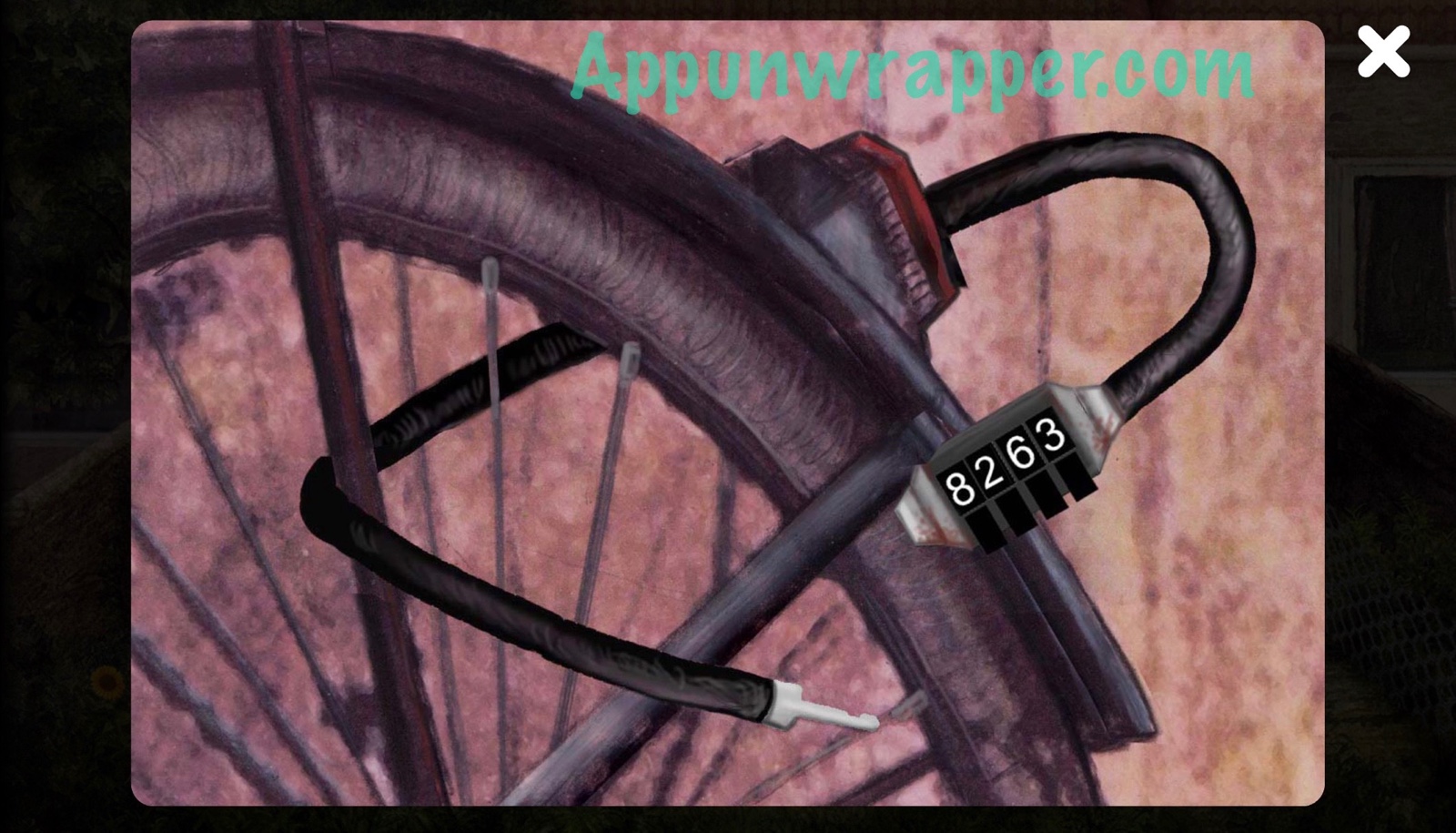 6. Move the bike and turn the valve behind it to turn on the fountain water. The fish will move and you can now grab the key. Use it on the door to unlock it.

7. Grab the wirecutters from inside the shed and use the cut through the gate so Milo can get through. And that’s the end of Chapter 2!

Secret: If you look at the artist’s painting, you can see a flower. Tap on the flower in the garden to see that same face and get the secret. 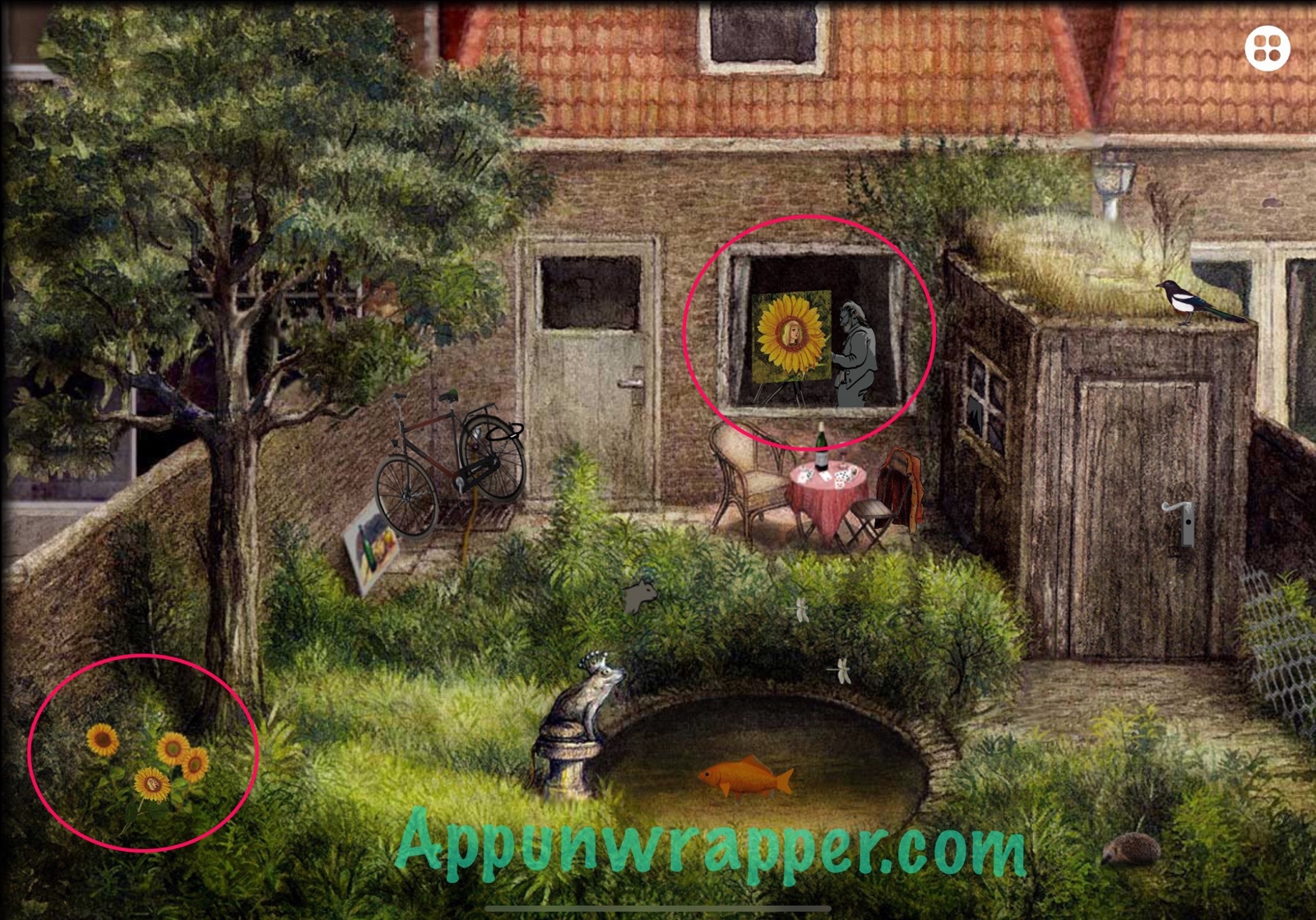 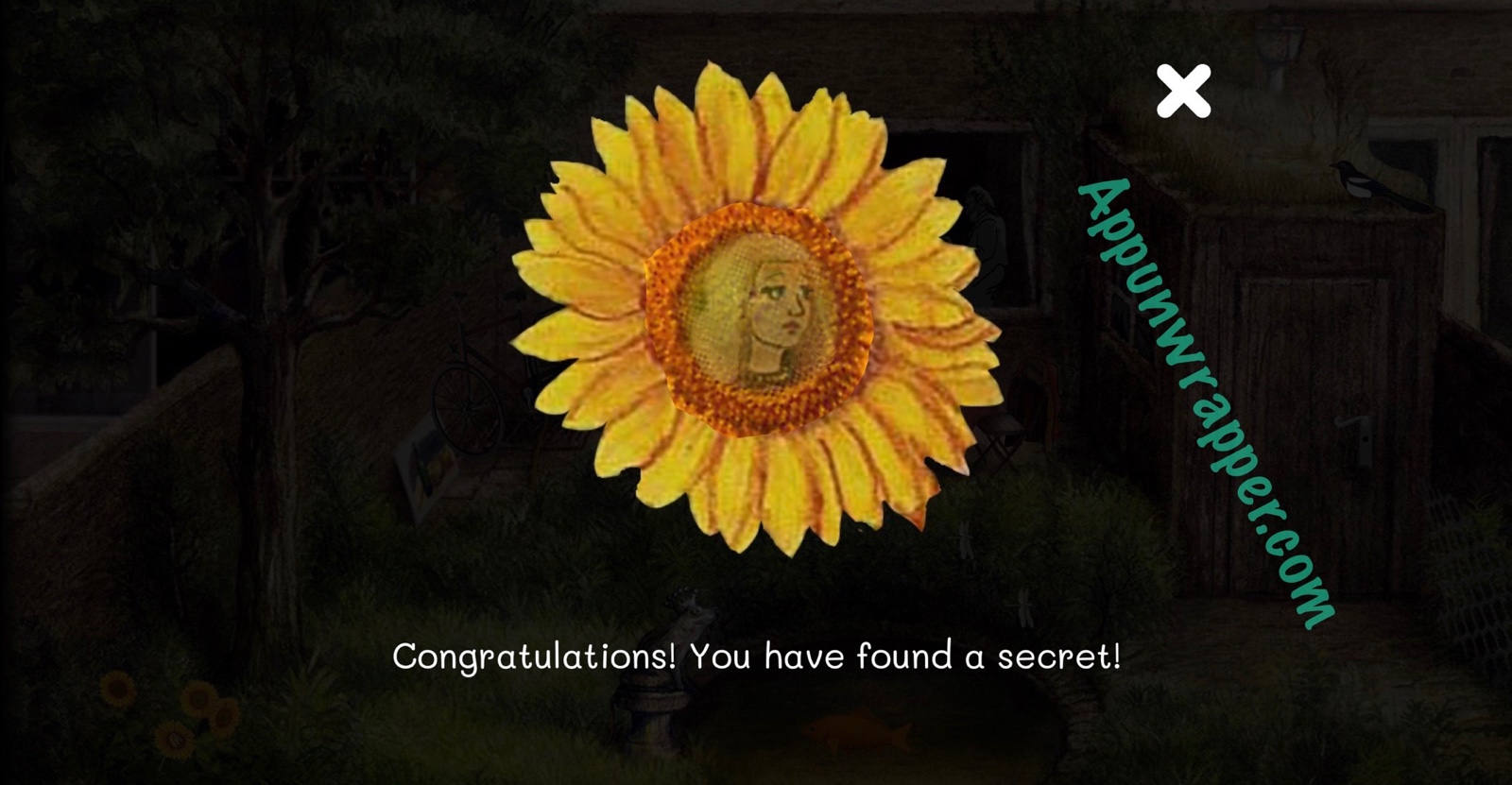 Secret: Shake the branch on the right and then tap the firefly that flies out. 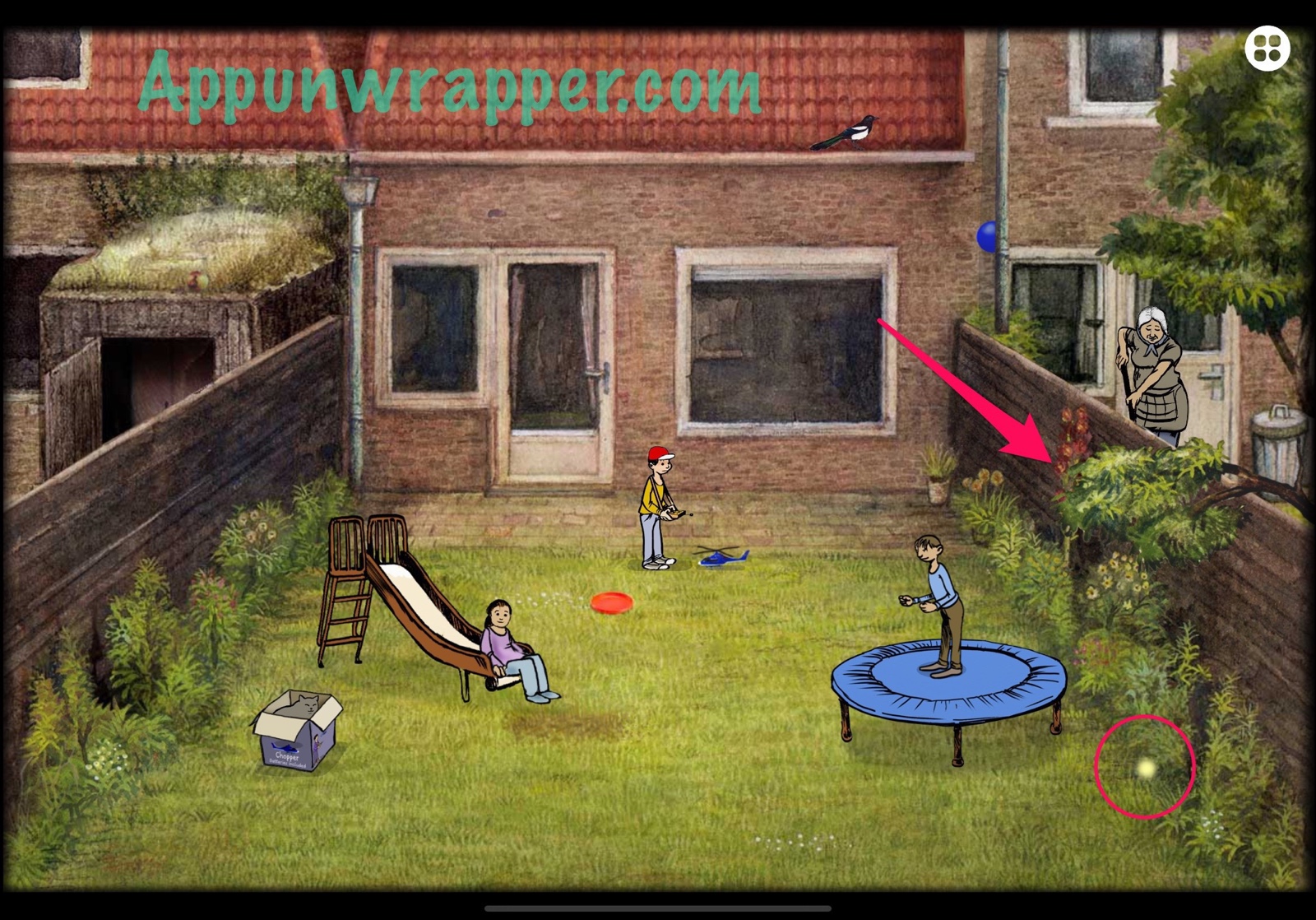 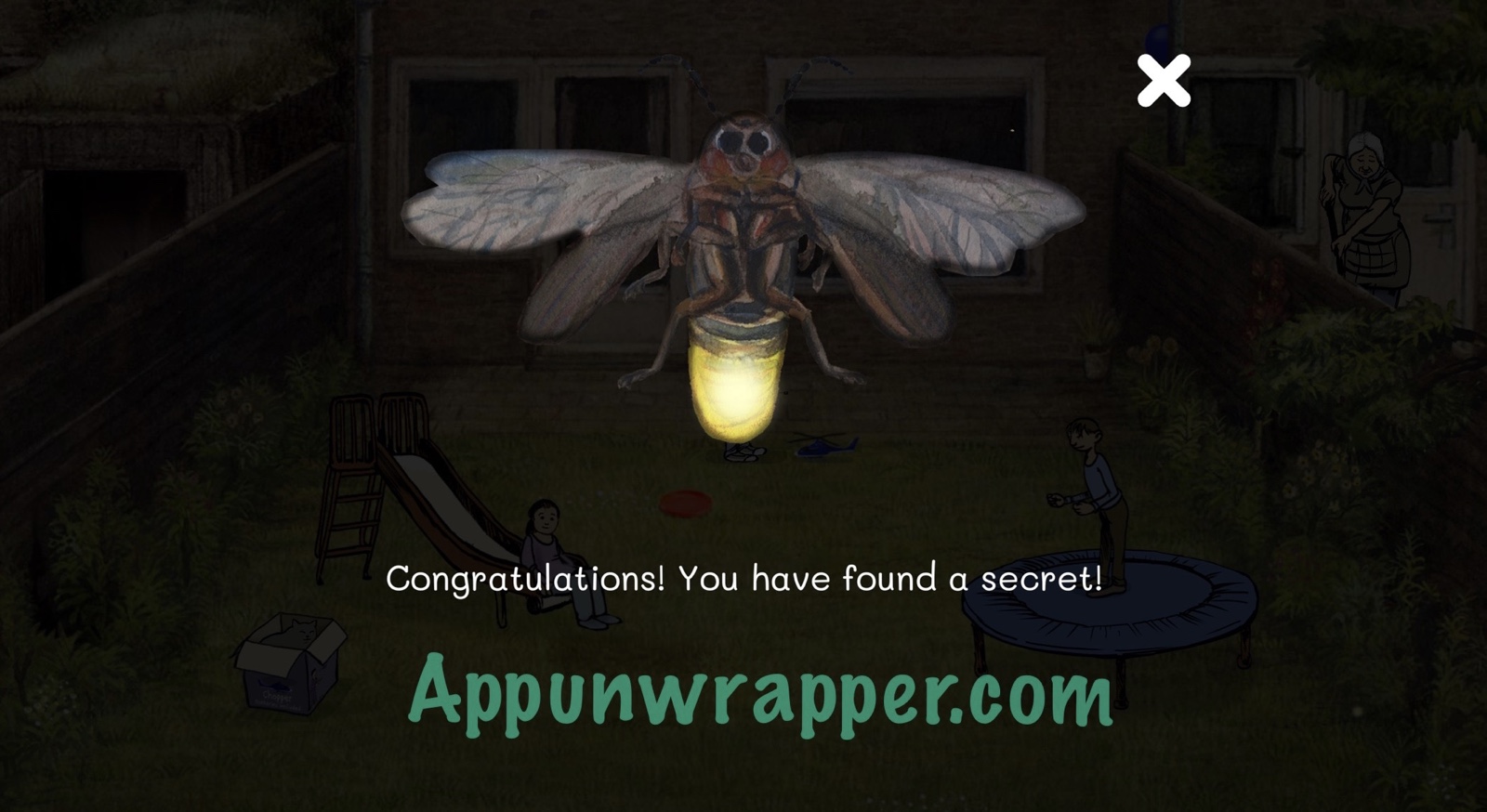 Secret: At the end of the level, pick the worm back up from the ground and place it back on the bird feeder. It will attract a new bird. Tap on it to get the secret. 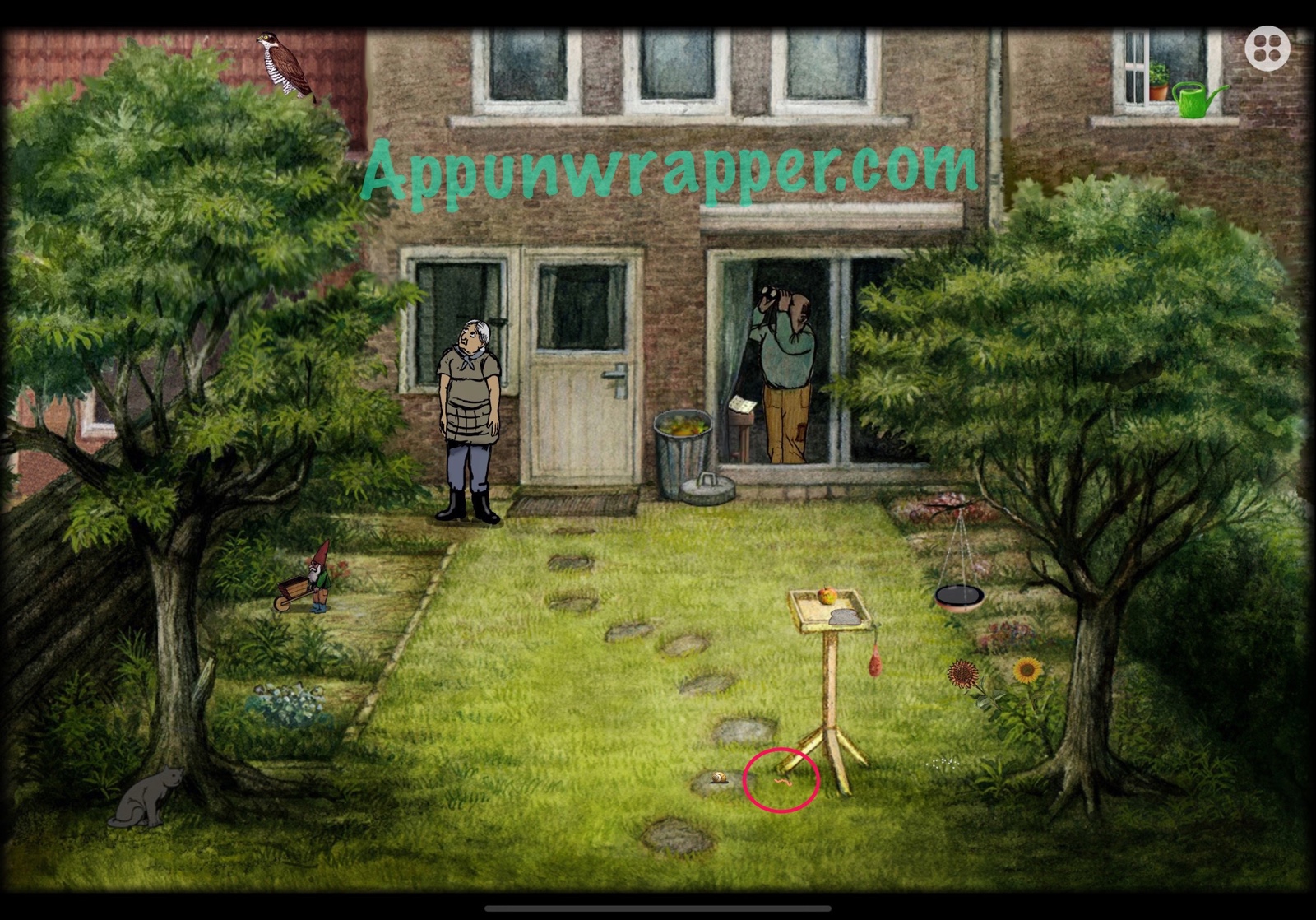 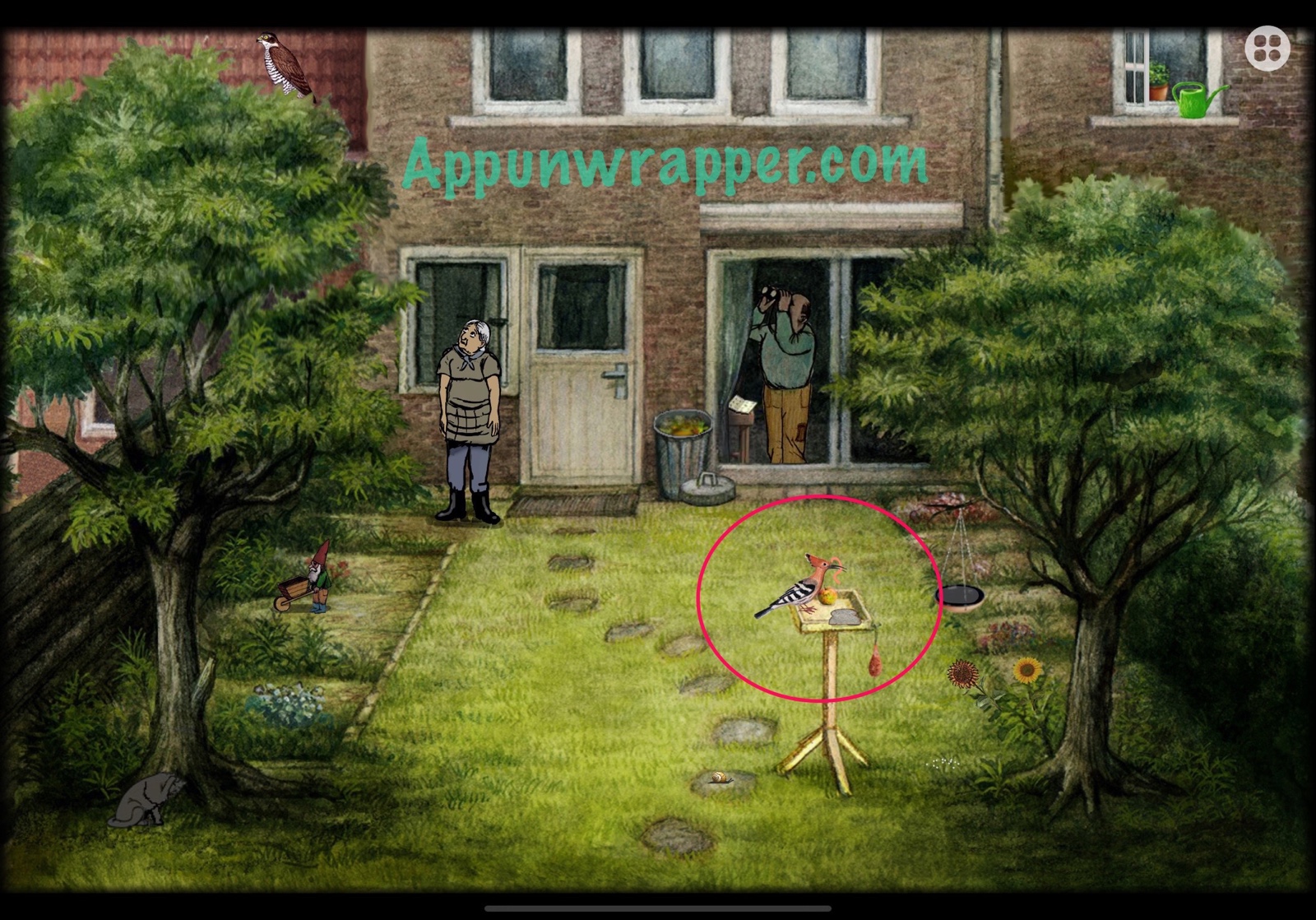 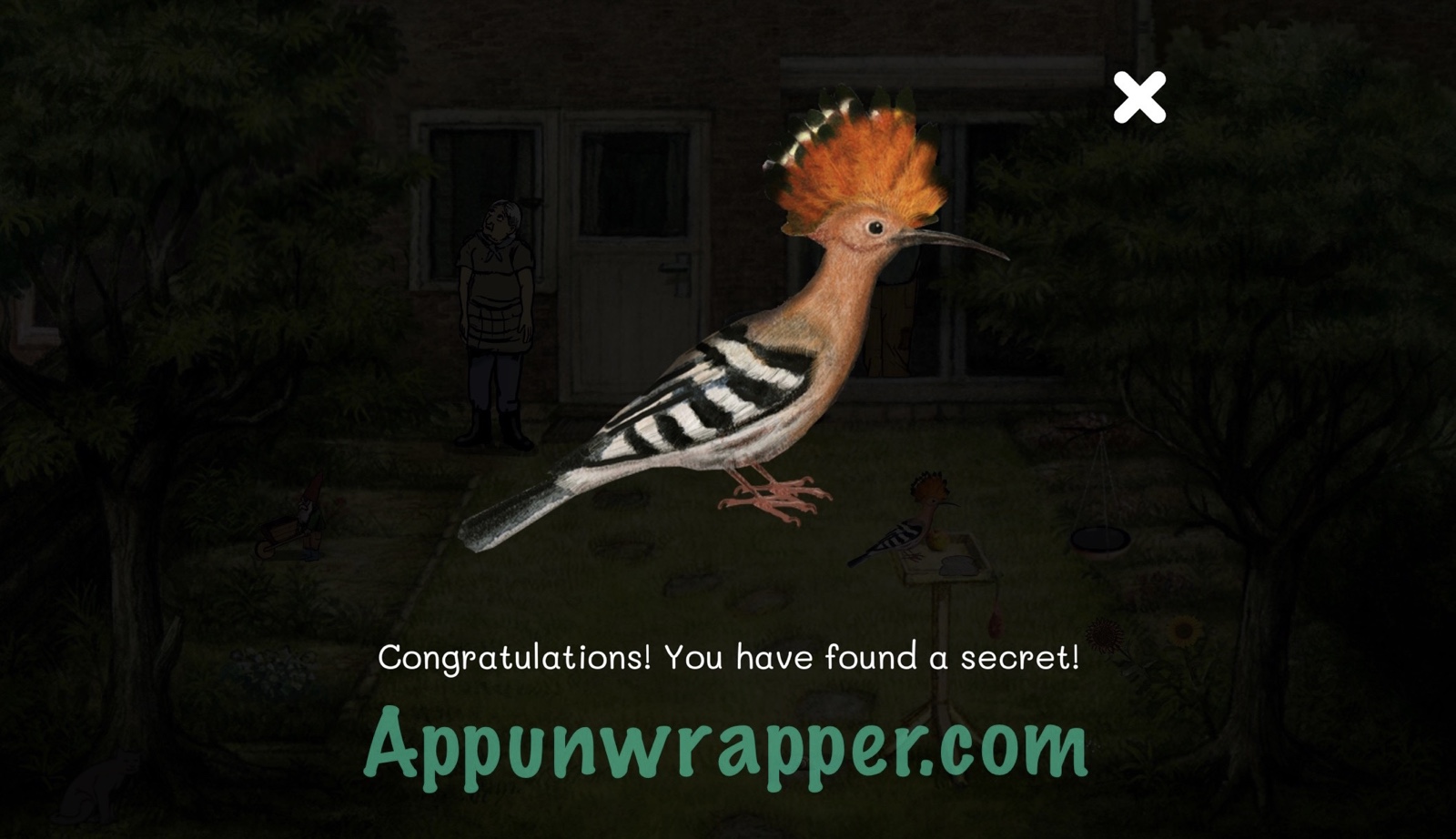 Secret: After the girl takes Milo inside, a kingfisher will land on a branch. Tap it to get the secret. 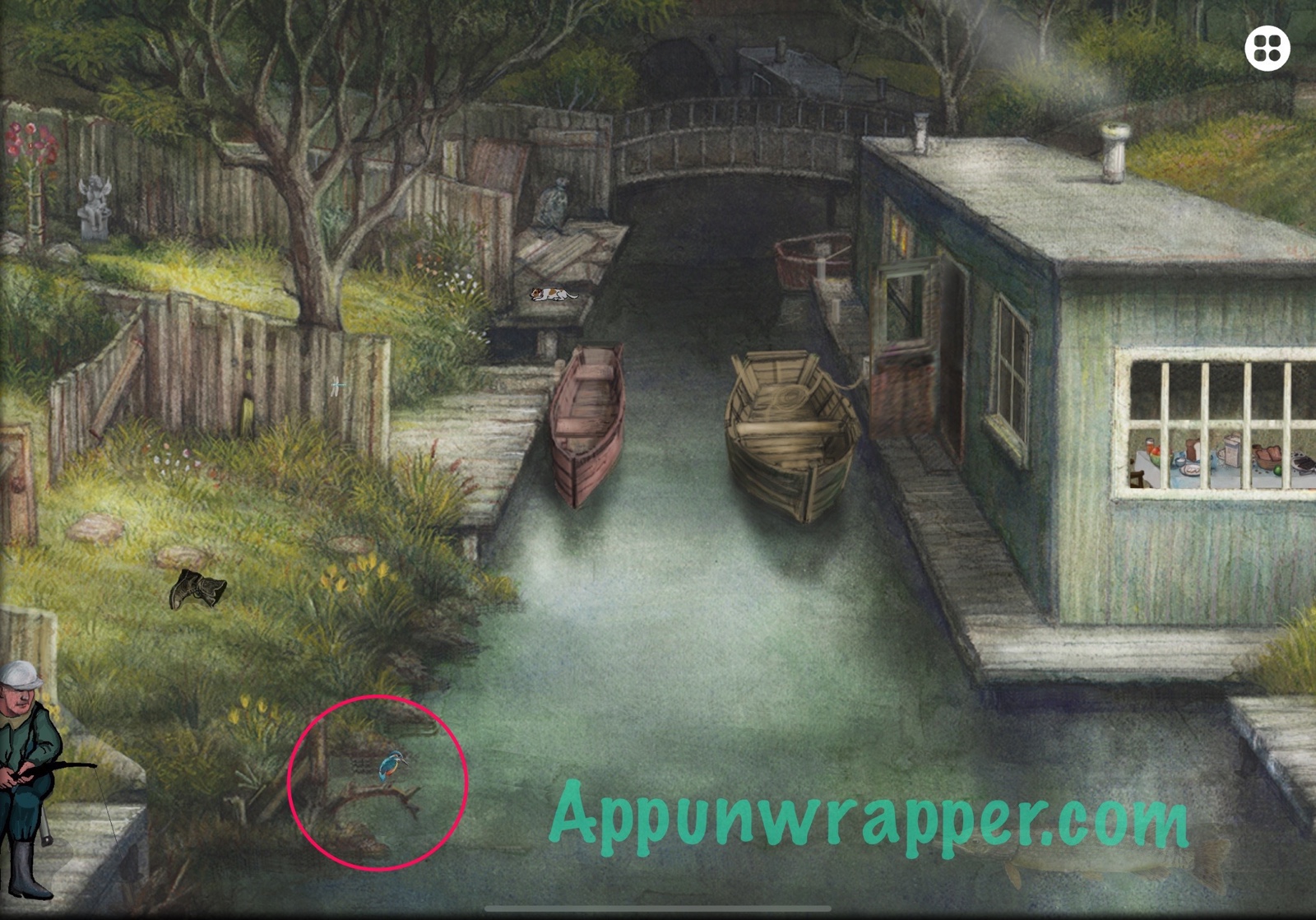 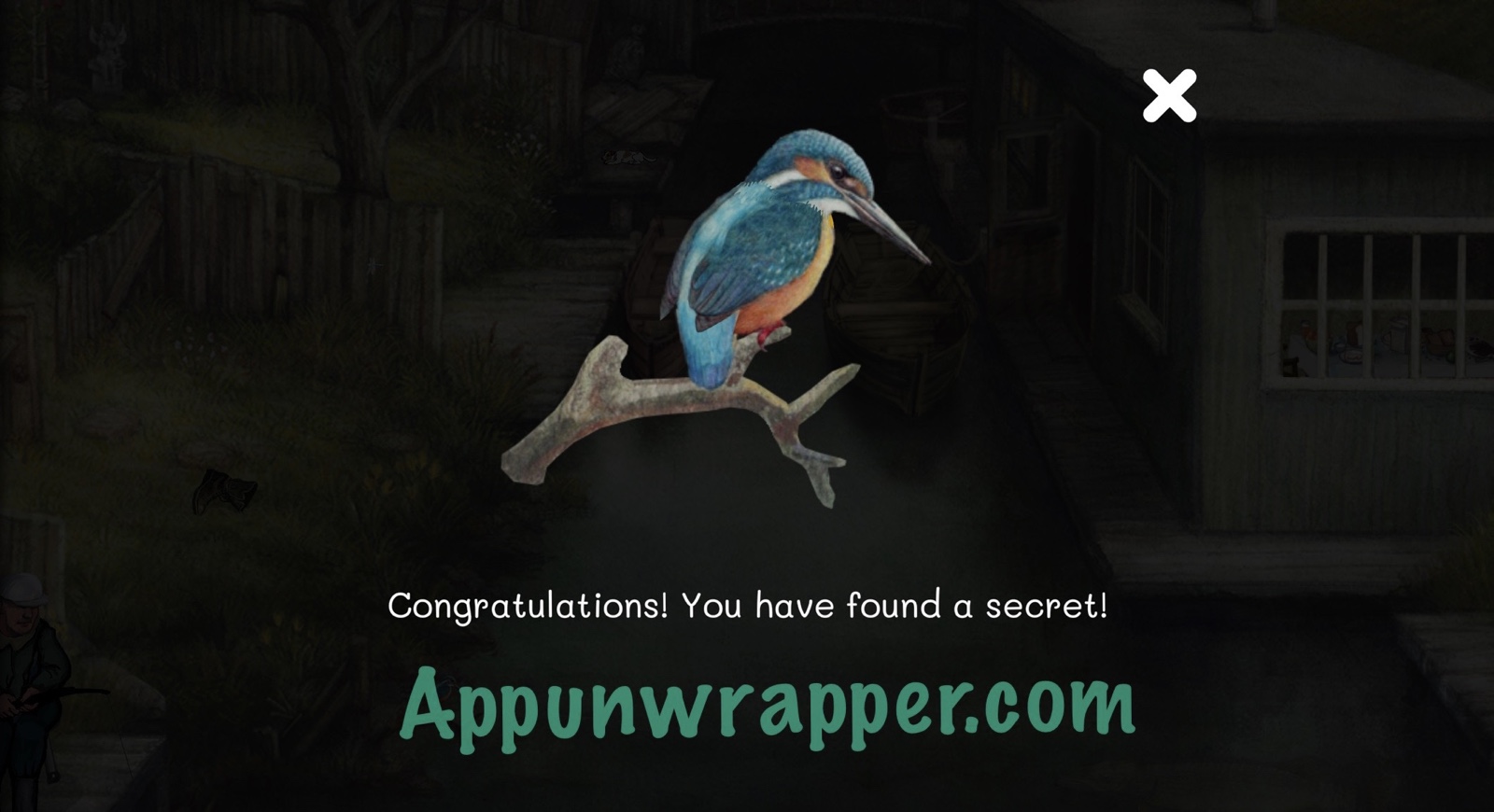 Secret: After you shoot the arrow, it will land in the tree on the right. Move some leaves apart to see a small demon. That’s the secret! 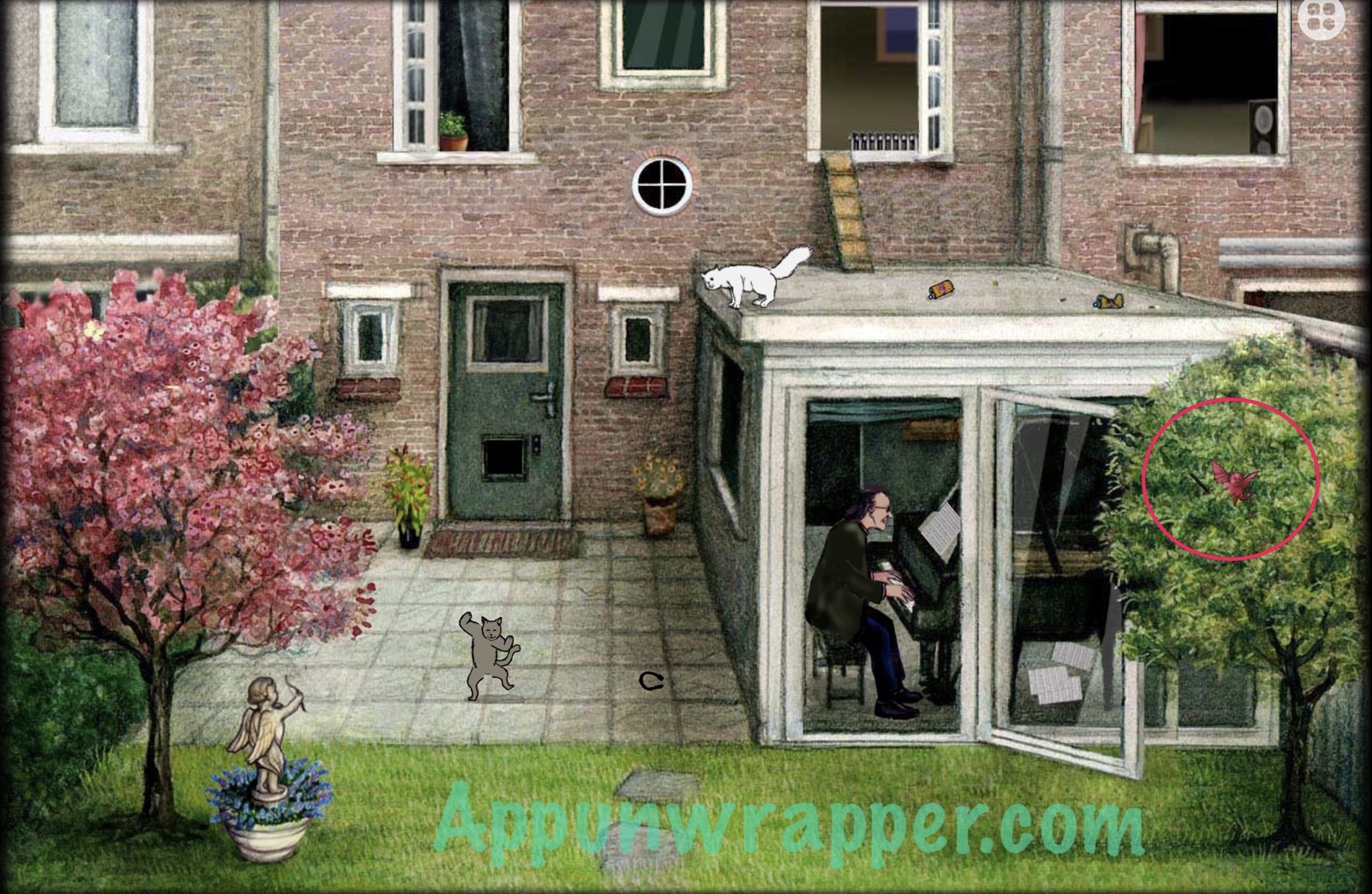 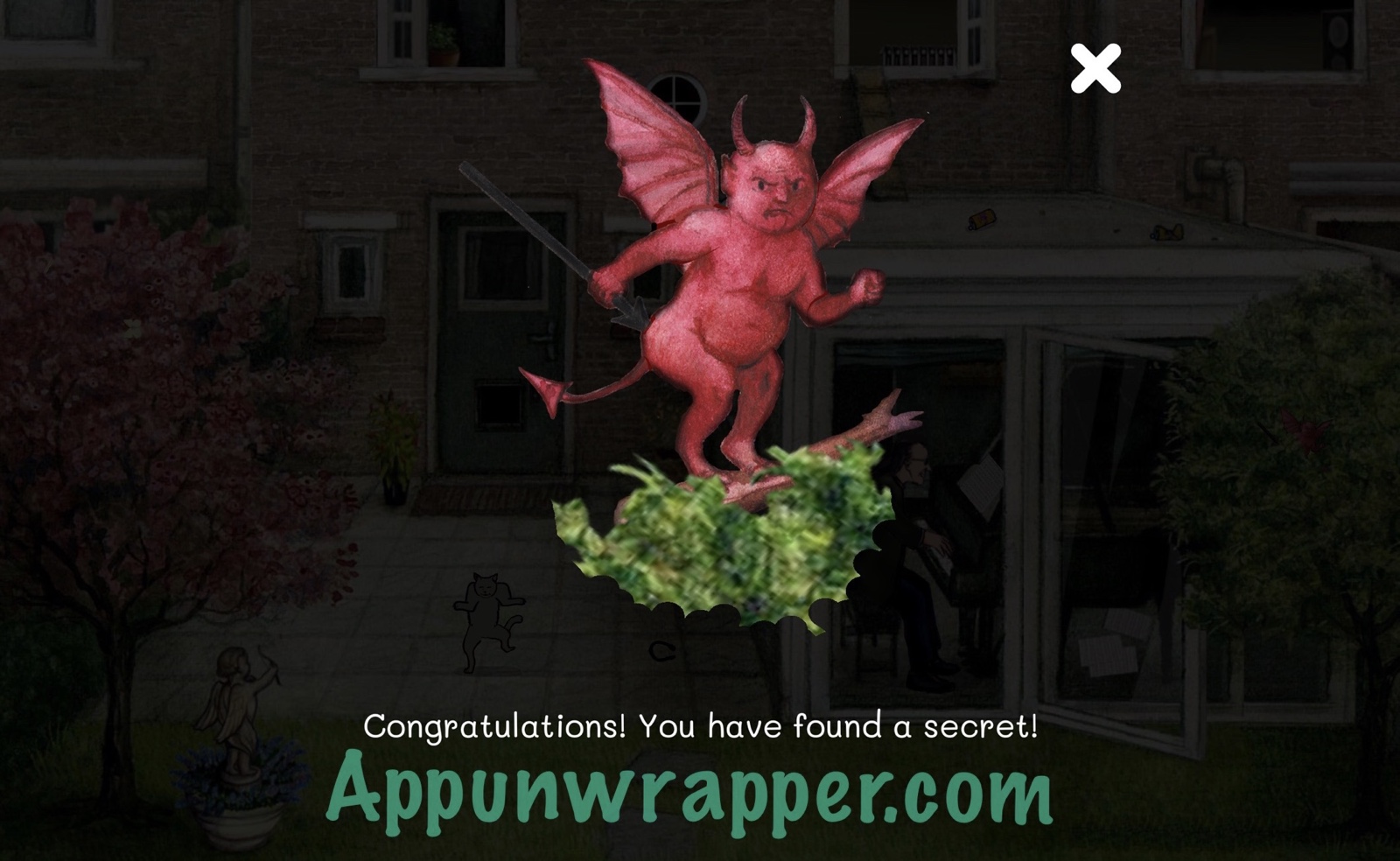 Secret: Knock down the card with hearts on it. Then, when the woman is holding the laser pointer, point it at the card to attract another cat. 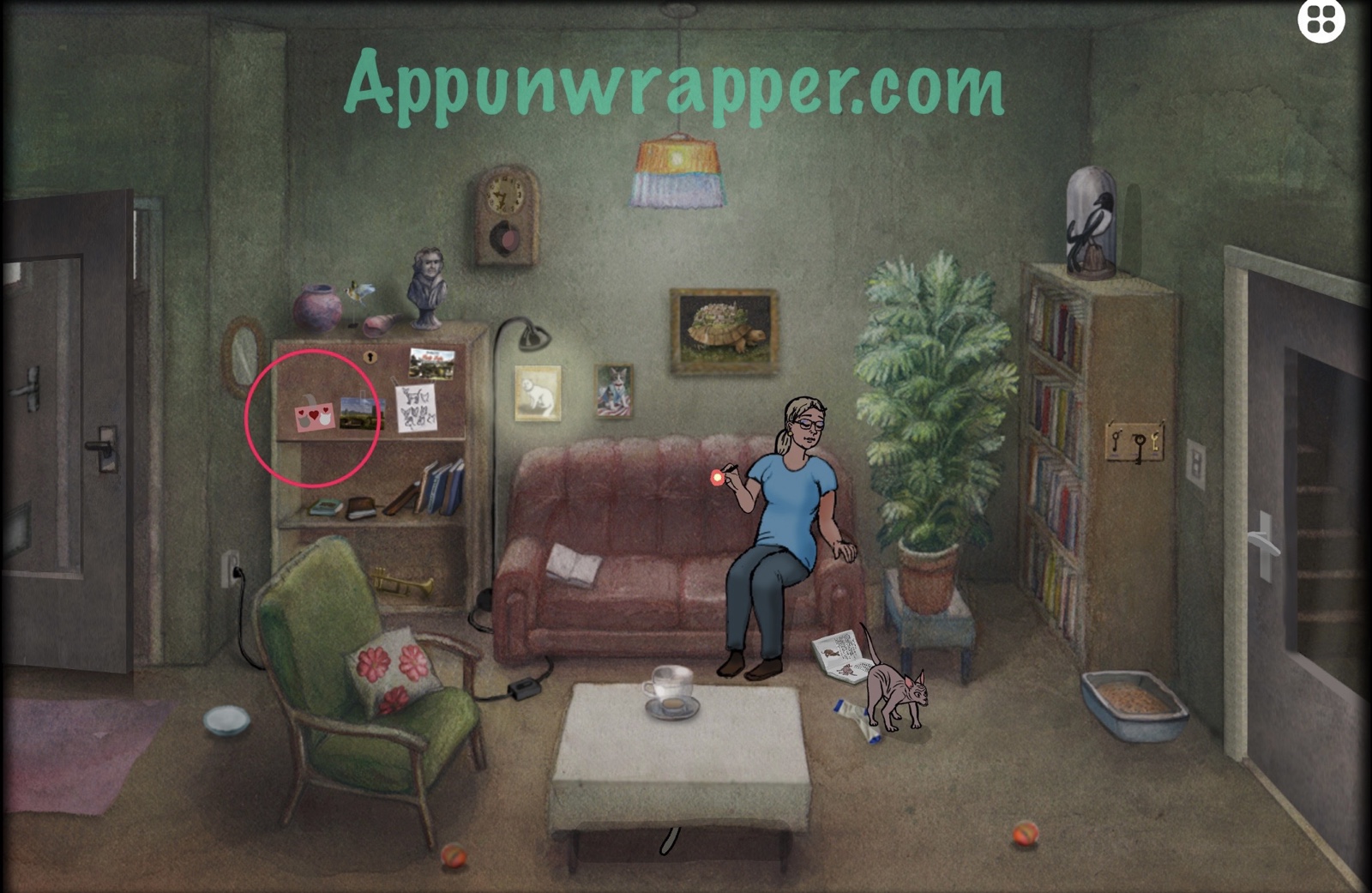 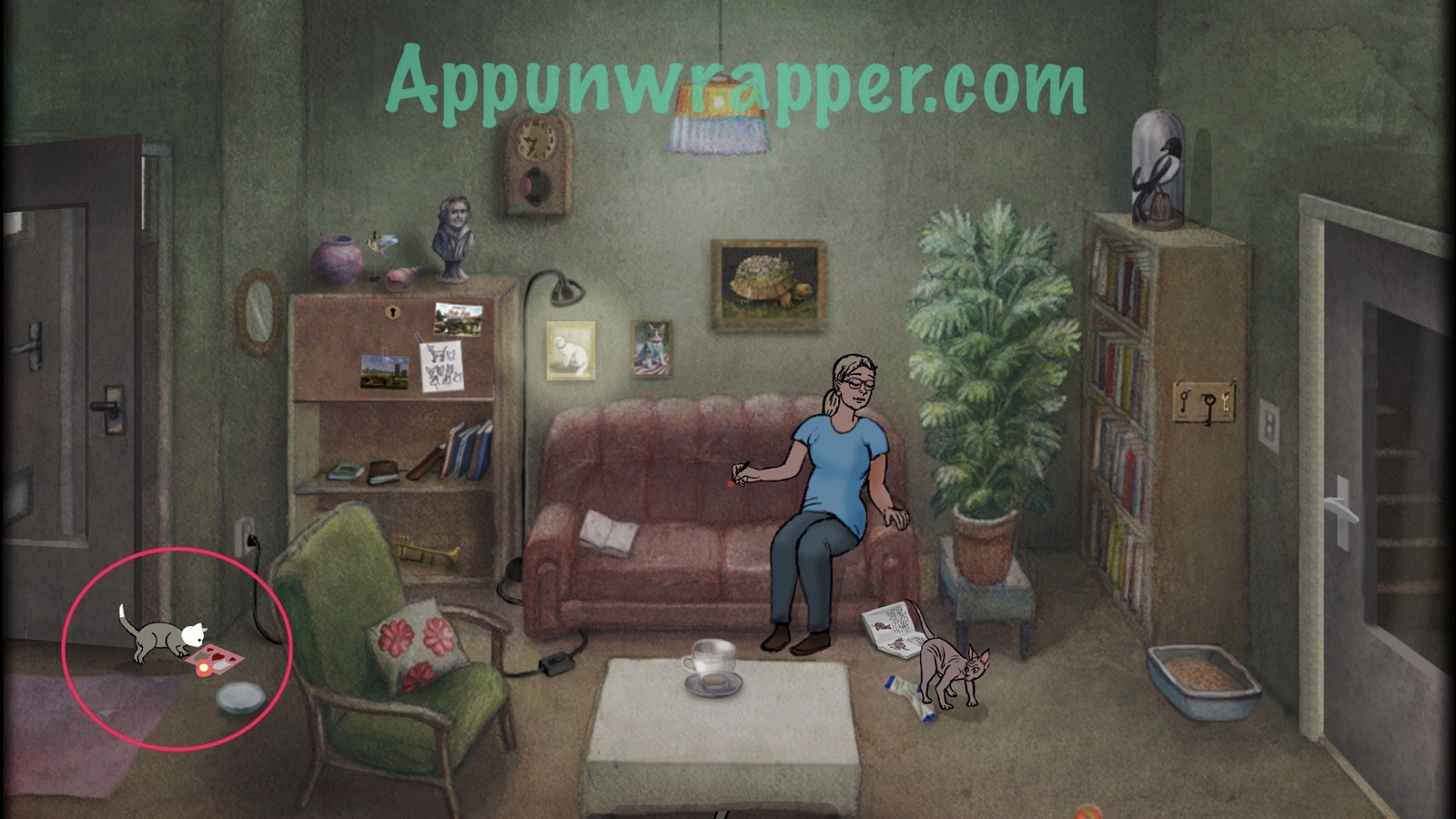 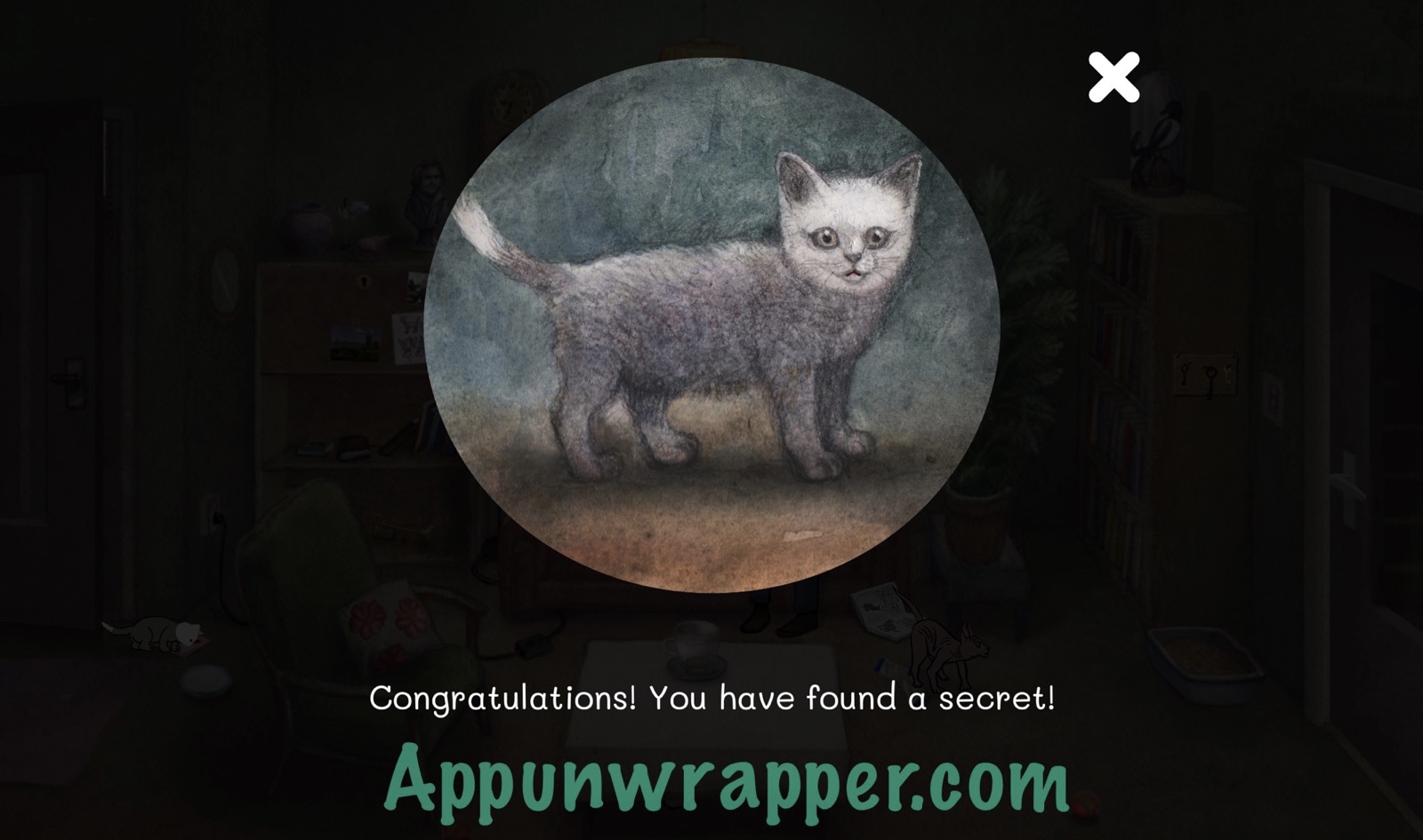 Secret: Look inside the house and open the panel towards the back. Zoom in on it and press the green button to shut off the lights in the greenhouse. Then tap on the door to the greenhouse to have the dog bark. When the door opens, the moth will fly out. Tap on it to get the secret. 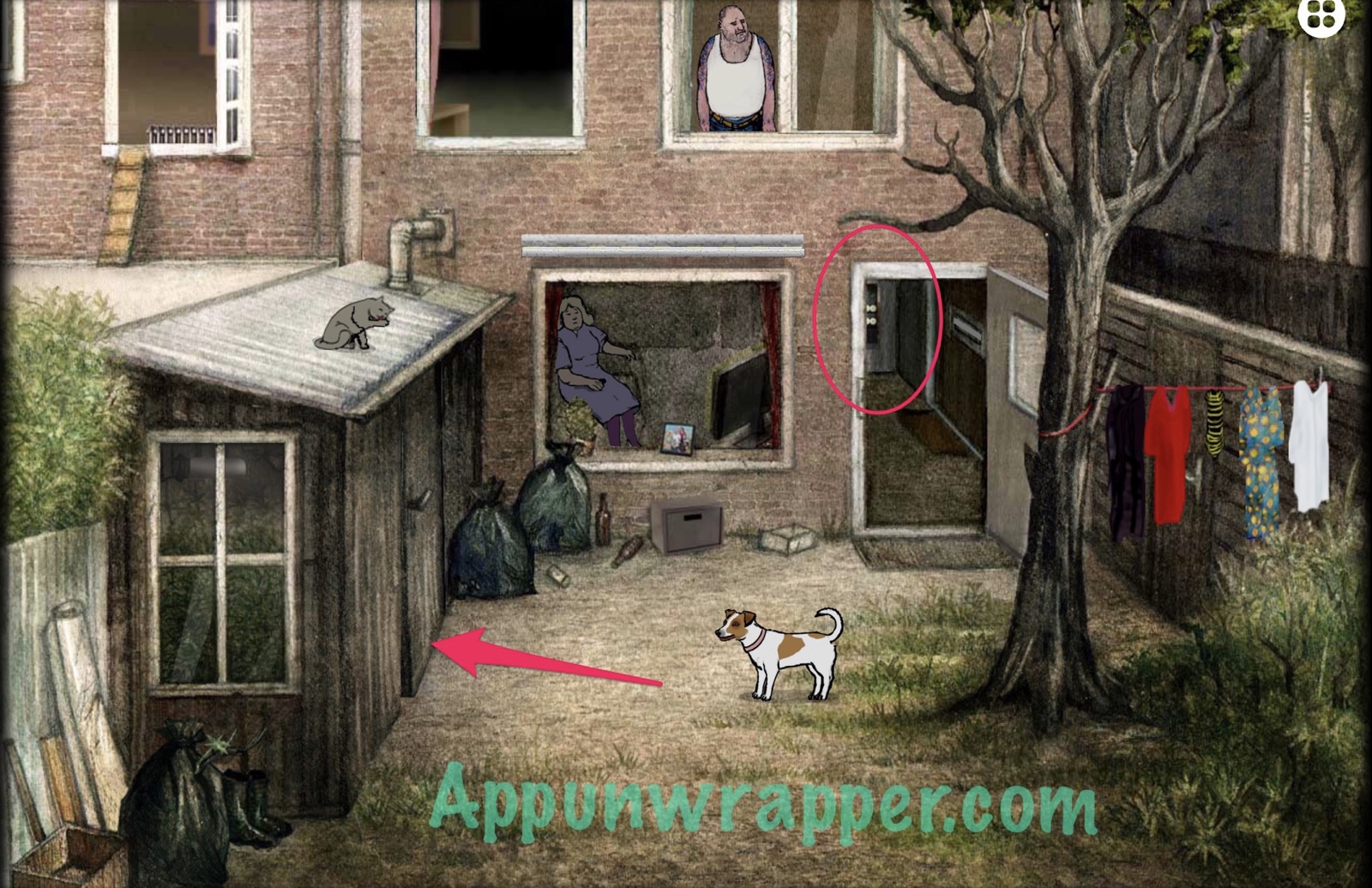 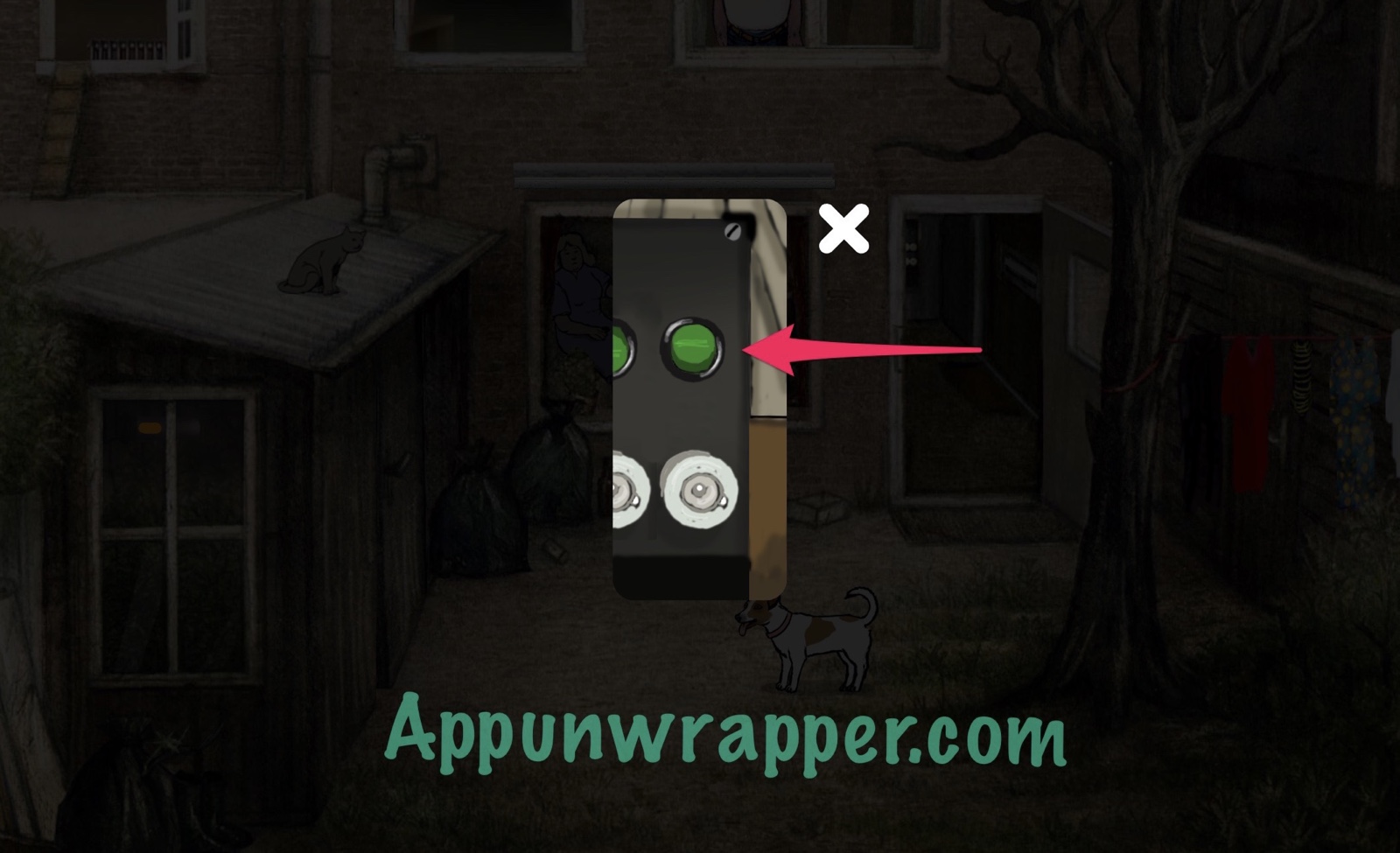 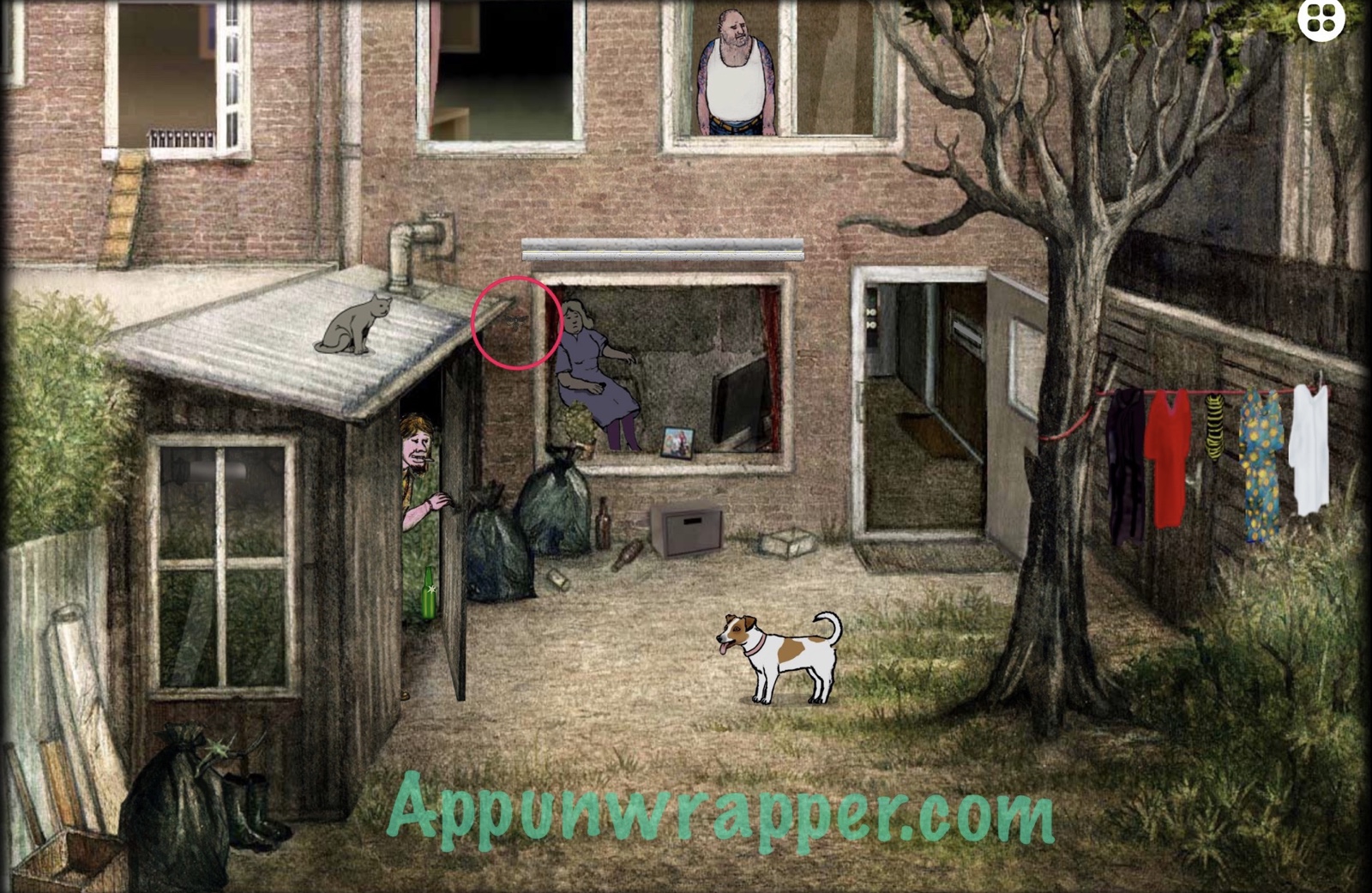 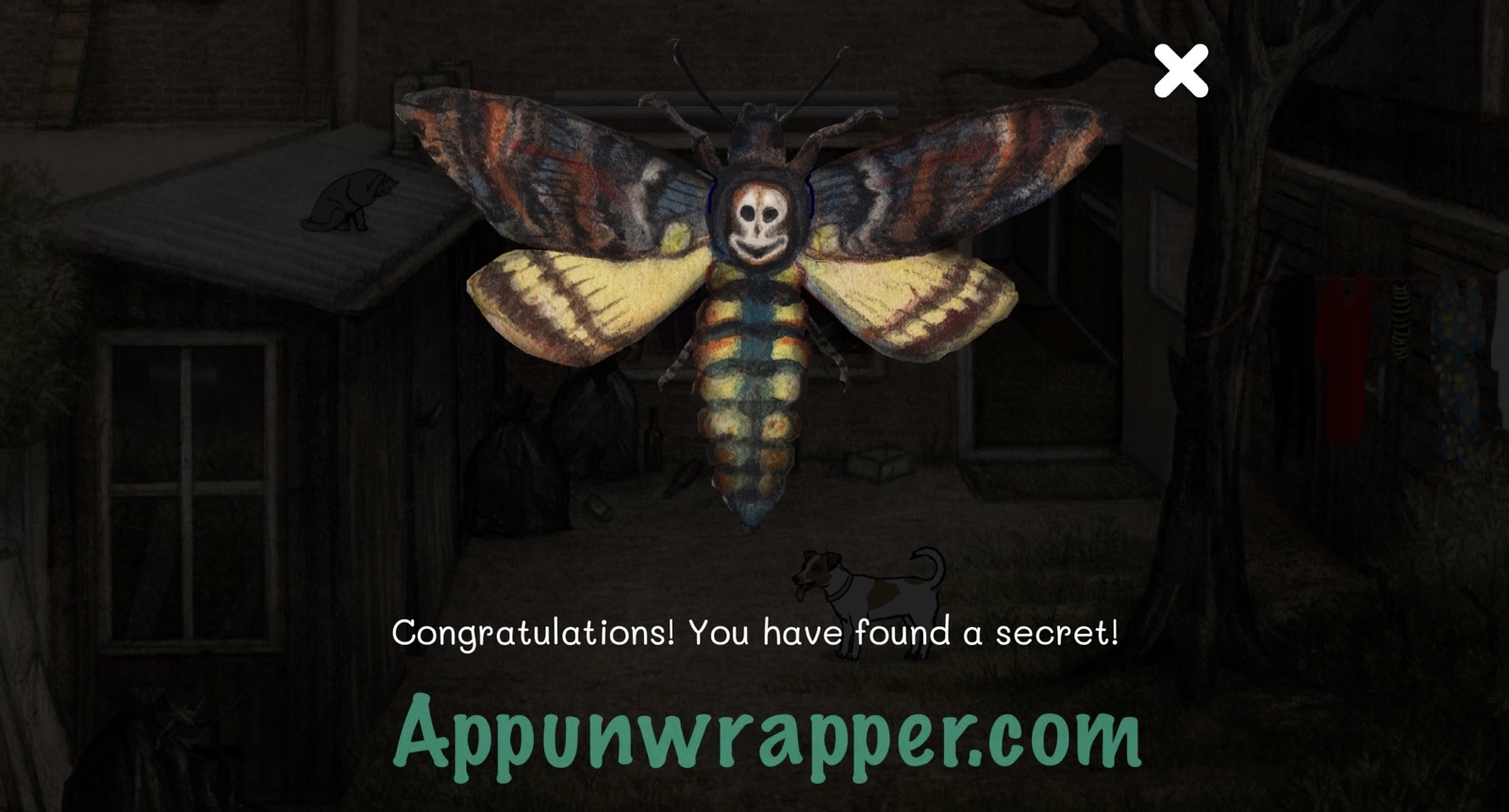 Sadhana – The Way Back: Walkthrough Guide