It’s hard to believe that the original Panmorphia released seven years ago. It was LKMAD’s first game and what drew me to it was both the art style that incorporated real photos of Cyprus and the prospect of changing into different animals to solve puzzles. I’m a big fan of any game that lets you change perspective to reveal clues that are otherwise invisible. I reviewed Panmorphia positively but had a few complaints about it. Since then, not only has the developer used that feedback to improve the game, but has also released three other games, including a Panmorphia sequel. The sequel was more of a room escape game than a full-on point-and-click adventure, but it set the stage for the next installment. And that game is now ready and will be releasing at the end of this month. 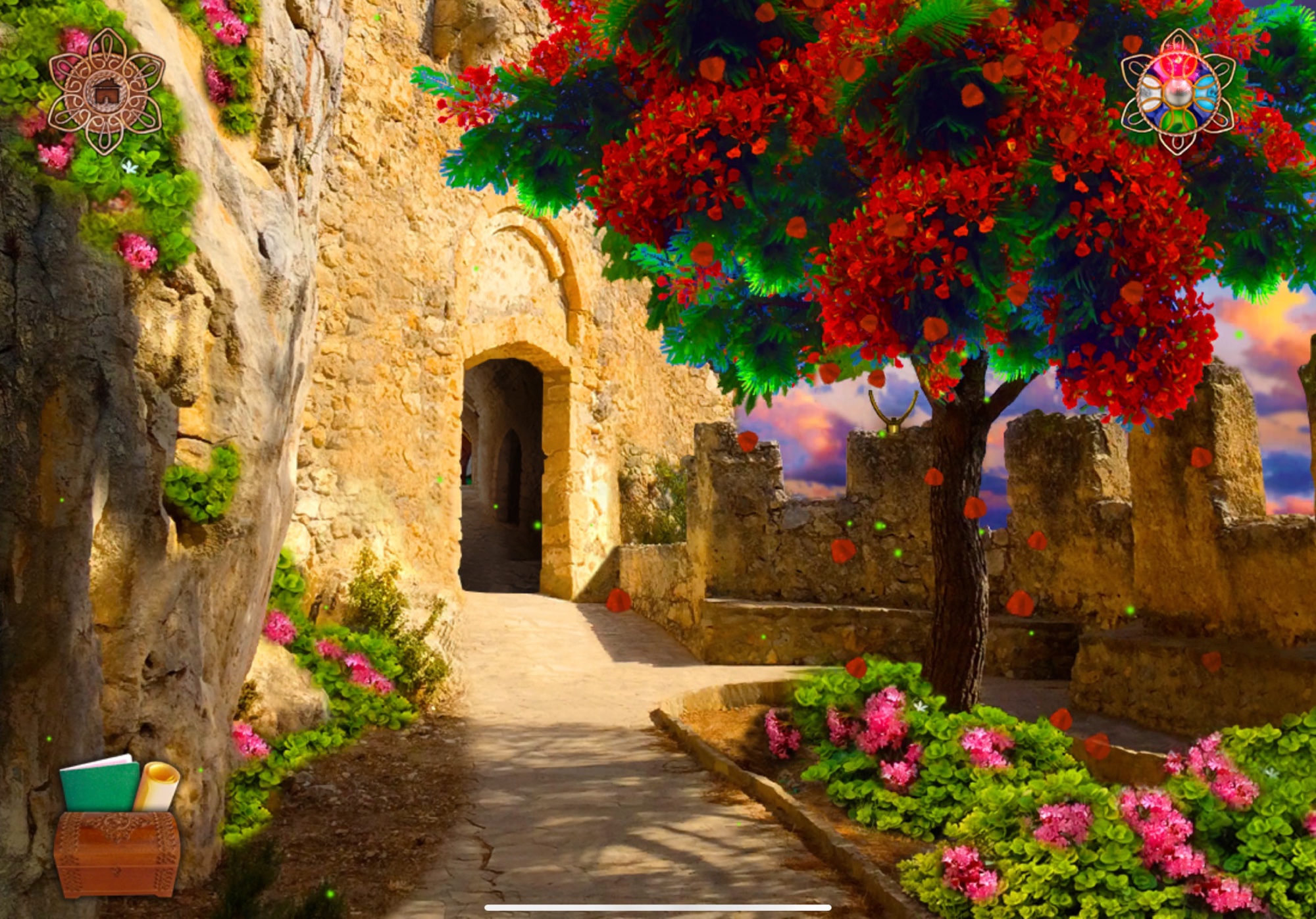 I was lucky enough to get an early copy of Panmorphia: Awakened and am thrilled to report that it is indeed a proper first-person point-and-click adventure and includes those gorgeous flowers from the original. You can also change into a human, cat, bird or fish at will in order to access new clues and even locations. I recorded my first few minutes with the game until I got stuck and took a break, but have since made a lot of progress. I’m really impressed with how the different animals are utilized here. When I get stuck, it’s usually because I forgot to try changing into a bird to see if I can fly up. The access to four different vantage points also means that simply retracing your steps could lead you to something you missed. It’s quite satisfying.

The game also includes quality-of-life features like a journal to record clues, a map, and free hints if you get hopelessly stuck. I’m looking forward to playing through the rest of it and will definitely have more impressions by the time it releases on April 28th. But if you liked the original game and know you plan to play this one, you can also pre-order it right now from the App Store or wishlist it on Steam. It’s also coming to Android, Nintendo Switch and Itch.io if you prefer those.