Loco Looper first caught my attention a while back with some tweets showing off a visual trick that makes the game look like it’s popping out of your screen — without the use of augmented reality. I knew little else about the game, but that alone was enough to get me excited about it. And now that it’s close to release, I’ve had a chance to play some. I can confirm that the 3D effect is extremely cool. But the gameplay is also very compelling.

At its core, Loco Looper is a path-drawing game where you need to use all the track pieces to create a loop for the train to follow. What’s really impressive, though, is the way its finger painting works. When you trace your finger along an area, it will intelligently choose on its own which pieces to place in order to create the path that fits. If you draw a turn in the road, it automatically places a curved tile. If you have bridge pieces available and draw over water, it automatically places them. This is so much better than having to lay each tile down individually, though occasionally you may have to edit it manually to fine tune things. The controls can be a little finicky at times but nothing that’s hard to deal with. 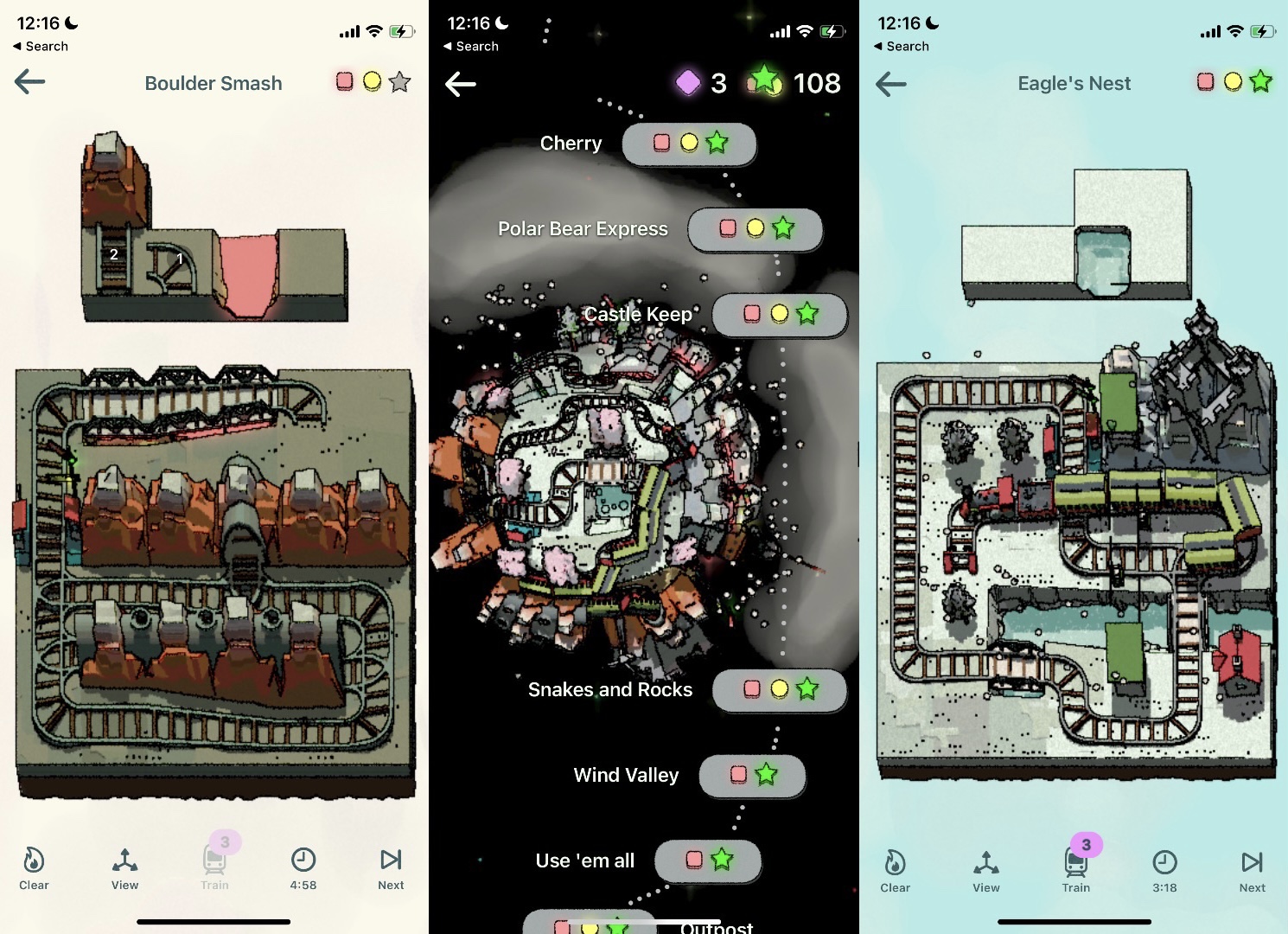 But what really surprised me was how tricky the game could get. Early on, I thought it was more of a toy than a puzzler, since the artificial intelligence was doing so much of the work for me. But as you progress to new worlds, the maps get far more complex. There were a number of levels where no matter what I did, I always had either one piece leftover or the wrong piece for the last spot. Some puzzles have taken me over twenty minutes to solve because I kept overlooking a simpler solution. So even though placing the tracks is streamlined, you’ll still have to use your brain to solve the puzzles. 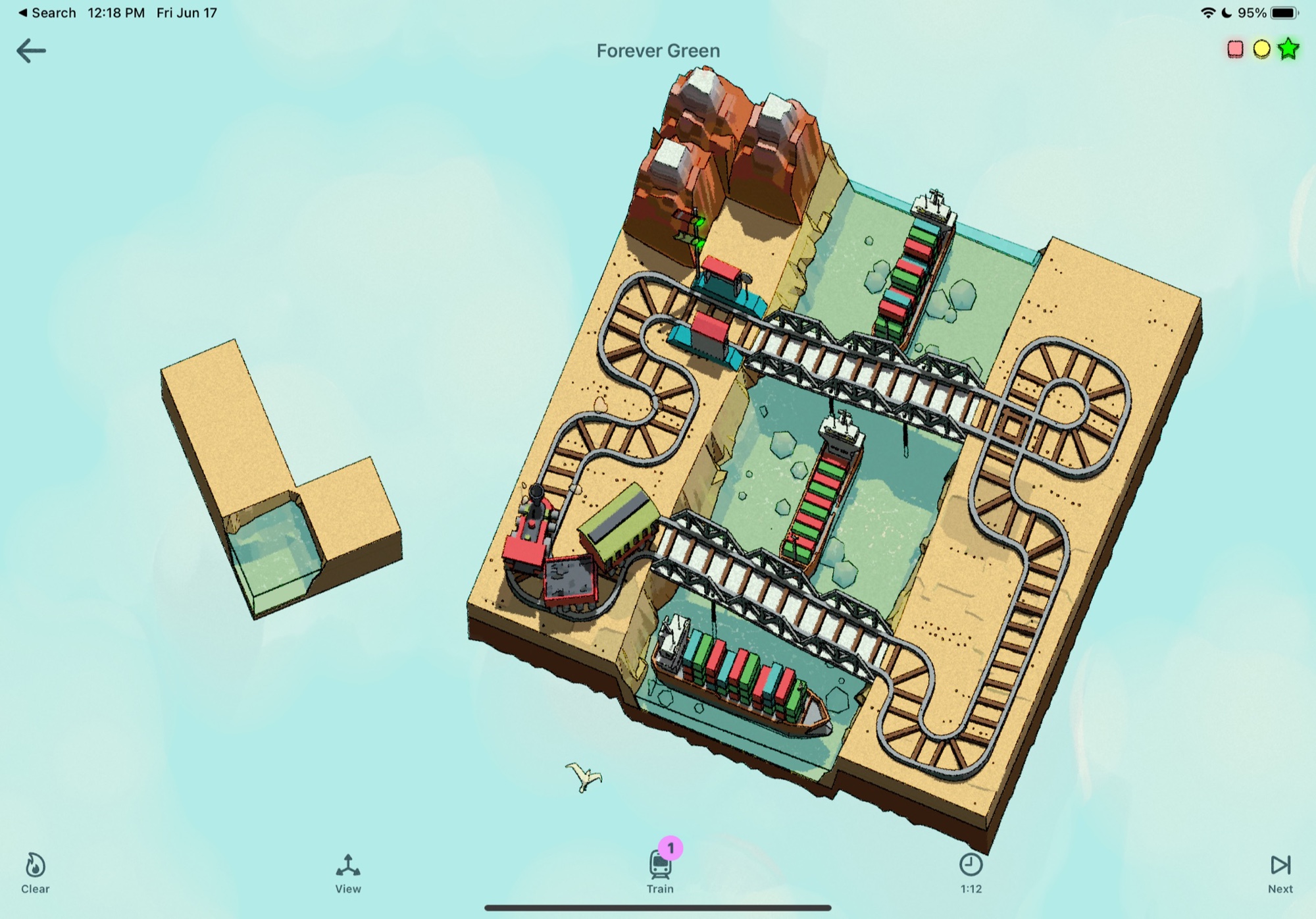 Loco Looper may appear at first to be all about its fancy gimmick, but I’m so glad that there’s a whole lot more to it. I can’t wait to see what else it has in store for me and I recommend any puzzle fans pick it up. You can download Loco Looper here if it sounds like something you’d enjoy.