Haiku Games is back with a new Adventure Escape game, called Mirror Man. In this horror game, Julian Torres, an ordinary boy in the sleepy town of Ardenville, stumbles into a living nightmare that will torment him for the rest of his life. This walkthrough guide should help you if you get stuck on any of the puzzles in Chapter 8. Feel free to ask for extra help in the comments section.

You can watch my video for Chapter 8 or continue below for my step-by-step guide:

1. It’s now 2026 and Julian is living with Kristen and her granddaughter, Emery. There was an attack that sounded like it could be Mirror Man, so they’re all laying low. Pick up the scissors, two security cards, uninteresting cat ball, and lanyard with key. Also, look at the family portrait. And last, look at the bookshelves.

2. Grab the two security cards and move the globe aside to see a keypad. Also, pick up the red book called How to Escape Murder for Dummies and grab the bookmark from it.

3. Use the lanyard with key to open the cat cupboard. Use the scissors to cut some cat grass and then put it into the uninteresting cat ball to make it her favorite cat toy. Then throw it at Cocoa to get her to come down.

4. Look at the bookmark. There’s six different patterns. Let’s work on each individually. For the first, look at the paining over the fireplace and pay attention only to those colors. You can make out a 3! For the second pattern, look at the family portrait. It’s the same pattern on the 1. The third is the black book on the bookshelf, called Murphy’s Three Laws of Romance. So the third number is 3. The fourth pattern is the 9 from the family portrait. The fifth number uses the painting again and this time it’s a 5. And the sixth and final number is on the blue book called The Eight Trials of Bernardo, so 8. That gives you 313958. 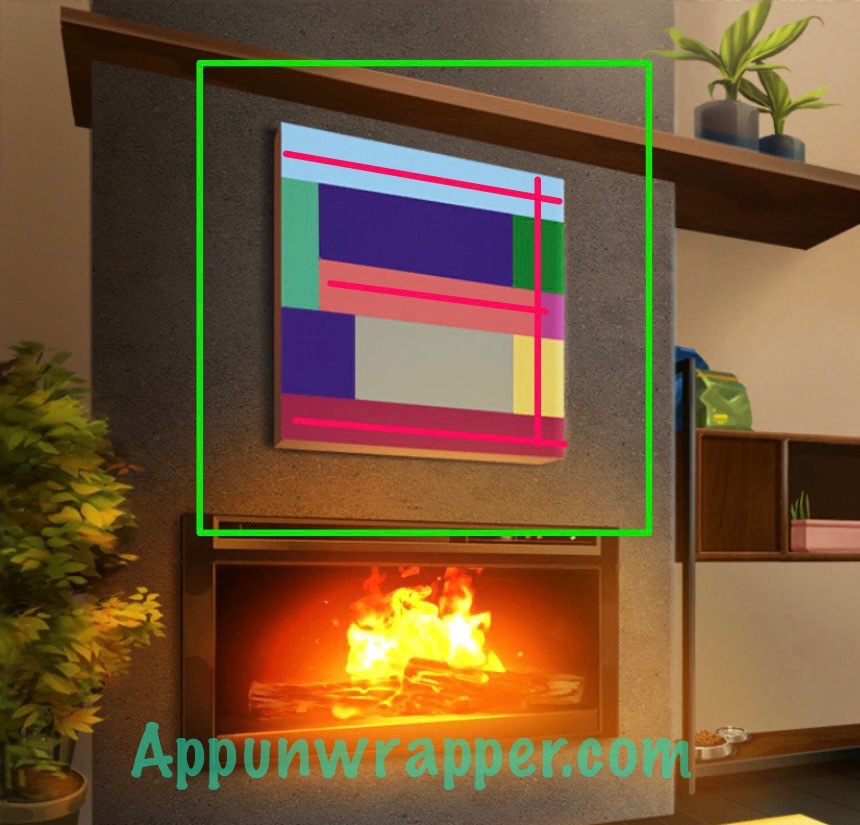 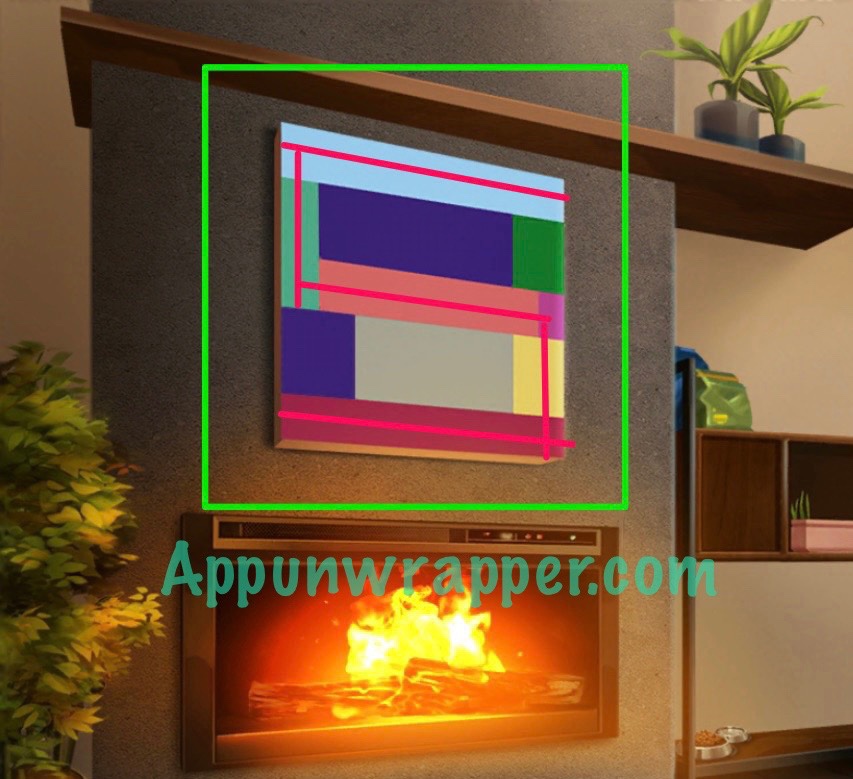 5. Enter 313958 into the keypad on the bookshelf. The bookcase will slide back to reveal a hidden room. Emery goes in there to hide and gives you the last security card/microchip.

6. Now open the panel to the left of the door and place all five security cards down. Then drag the cards to the slots so they match the numbers above them. Each group of cards has to highlight all the numbers in that row.

7. We’re in front of the barn. Pick up the ladder and climb up to reach the cow. It’s locked with a four-number combination. The answer is the barn windows. The would makes the numbers 7087. Enter that to get the key.

8. Use the key and enter the barn.

9. Now we have to set a trap for Mirror Man. Grab the crate, salt lick and grease.

10. Place the crate down below the gear so you can reach it and the Flat Fix. Use the grease to open the left door that’s stuck.

11. Take the apples and another gear. Use the Flat Fix to fix the wheelbarrow’s wheel and then grab the wheelbarrow. Also, open the right door and take a look at the horses.

13. Go back out. Use the wheelbarrow to move all the hay. Then grab the notebook and another gear.

14. Read the notebook to see numbers next to each horse. Find the numbers for each of the five horses in the stable:

15. Add the three gears you found and then place all the gears on the correct pegs. Use the clue in the notebook to help you figure out the placement. Now we can lower the mirrors.

17. Go back outside and look at the lock on the front of the tractor. There’s an M here that you can only see the bottom half of. Now look in the manual and find the numbers shown on the lock. We now know that:

So enter MUSE into the lock to open it. Then take the bolt cutters.

18. Oh no! It’s Mirror Man! Pick up the ladder to help Kristen down. Then head inside the barn and use the bolt cutters to open the cellar door.

19. Now let’s solve the Barn Doors Puzzle. Open all the doors on the red path, while ensuring all other doors are closed. Julian must end up in the Mirror Room after all doors are set. Then tap through to complete the game! (Pick up the bat when the time comes.)

╬ô├ç├┐SpellTower+╬ô├ç├û Review: I Have No Words