1. Open the curtains to see a little girl through the window: 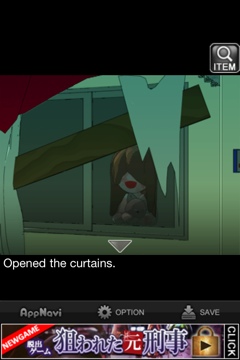 2. Turn left and zoom in on the zombie doll. Press the button and it’s mouth will open. Take the stone from inside. 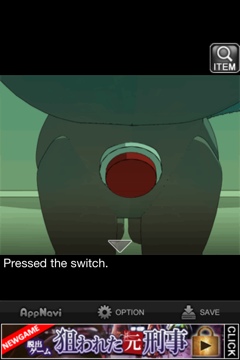 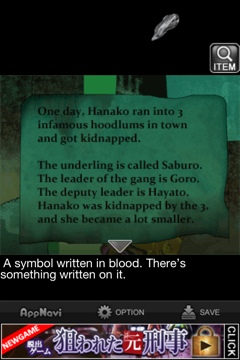 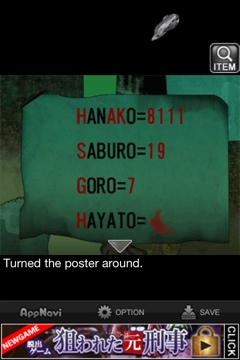 5. Close the curtains again, then open them to see this: 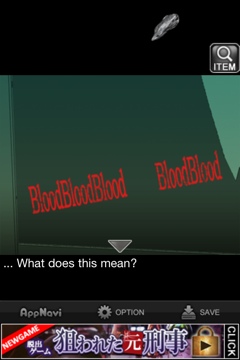 6. Use that clue on the panel to the right so they look like this: 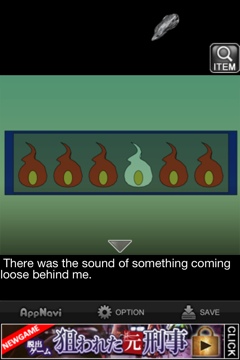 7. Turn right twice and open the safe to get a knife.

8. Use the knife on the paper lantern to open it. Take the bloody towel from inside.

9. Wash the towel in the can of water to the left. It’s now clean (the red stuff was just ink). 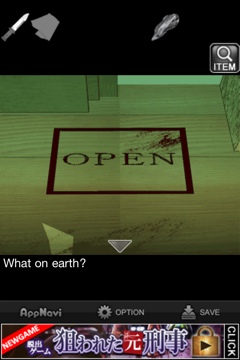 11. Use the knife on the floor to open it and get a cup of clotted blood.

12. Turn right and zoom in on the leg of the model. Pour some blood on the leg to loosen it up. The model will fall over.

13. Zoom in on the model and take the bone that’s sticking out from its chest.

14. There’s a box under the lantern. On the right side is a small hole. Try to stick the bone in the hole. It doesn’t fit. Carve the bone a bit with the knife and try again. Now some numbers appear on the box. 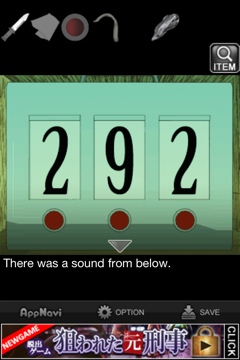 16. Now the trap door below the light can be opened (turn on the light). Break the pot with the stone and take the box wrapped on rope.

17. Use the knife to cut the rope. Open the box and take the glue.

20. Zoom in on the fallen model and take the plastic bag to the left of it.

21. Put the bag on the blue lever (try pulling it first). Then put the rock in the bag. Now the small door will open and you can take the wooden stick.

24. Use the hammer on the wooden plank on the door next to the skeleton. Tap on it till it falls off and and open the door to enter the second room. Before entering, take the nails from the floor.

25. Look at the piece of paper under the strange thing with a long neck: 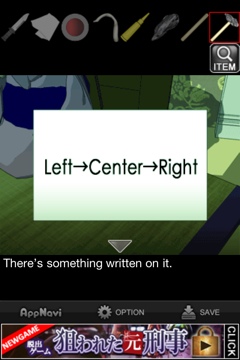 26. Turn its head left, center, right and then look at what it’s shining at: 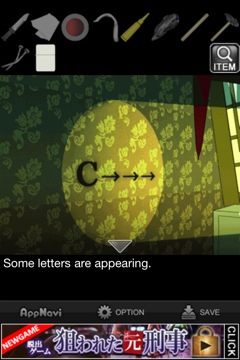 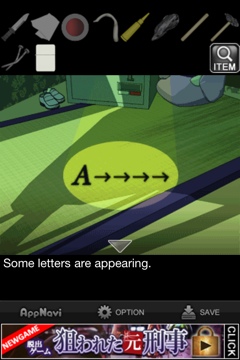 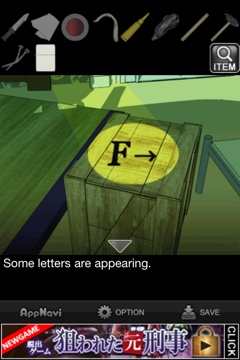 27. There’s a small voodoo doll above the fireplace. Stick a nail in it and then use the hammer on it. The picture frame will fall, revealing a lighter. Take it.

28. Open the lighter and light it up.

29. On the bed is this clue. We need to figure out how to melt her. 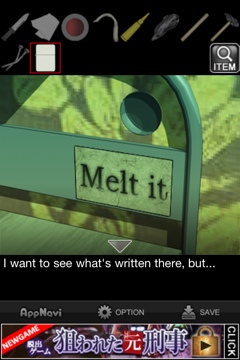 30. To the left of the safe is a small pair of shoes. There’s a note inside: 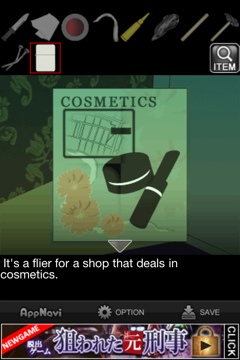 31. Use the clues from the strange doll to open the safe: 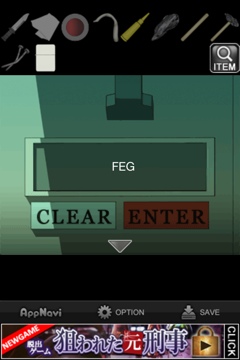 32. Take the newspaper. Put it in the fireplace and light it with the lighter. You can see that the snow woman has started turning red.

33. Walk around a bit, then tap the snow doll face a couple of times to see this clue: 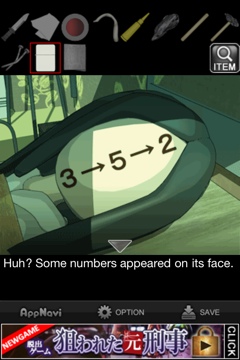 34. The clue is for the box behind the bed. Use it so the dials look like so: 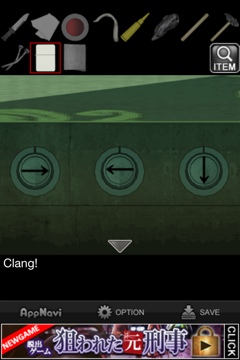 35. Take the plastic bottle from the box.

36. Use the bottle of water to put out the fire. The torch will go out, too, so use the lighter to light it.

37. Look under the bed near the box where you got the bottle. You’ll see a creepy boy. Tap a few times till you get his eye. 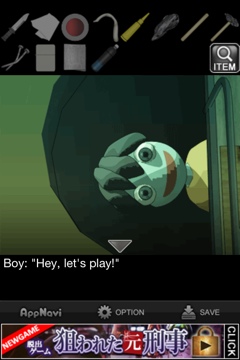 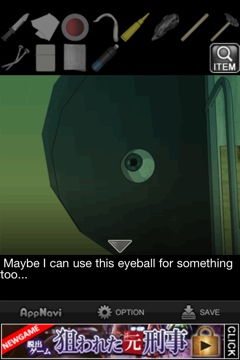 38. Put the eye above the “Melt It” sign and a hoe will fall from the ceiling. Take it. 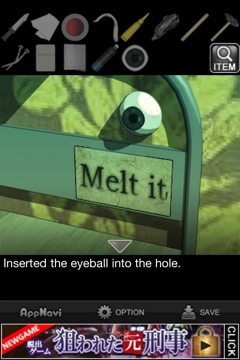 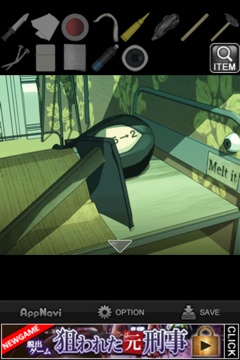 39. Use the hoe on the crack in the wall and a key will fall down.

40. Use the key on the front door and open it to get the BAD ENDING.

41. For the GOOD ENDING, press continue and look on the floor near the skeleton for this ticket: 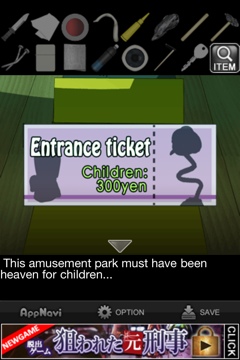 42. Now use the key to escape and get the good ending!

Congratulations! You made it out! 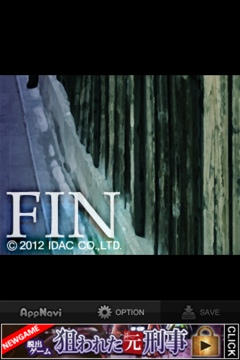 If you liked this game, try these other escape games.

the Sequence [2]: Walkthrough Guide and Solutions