22. Go back inside the house and use the torch to light the fire in the stove.

23. Use the wind-up on the bottom of the clock and a bluebird will pop out. Use the stool to get the diamond gem from its mouth.

24. Leave the house. The bat will fly away because of the smoke. He drops something! Pick up the small key.

25. Go back inside and use the small key to unlock the bottom dresser drawer. Take the spade-shaped gem from inside.

26. Leave the house and use the magnifying glass on the back of the sign to see the words DOWN RIGHT LEFT UP. 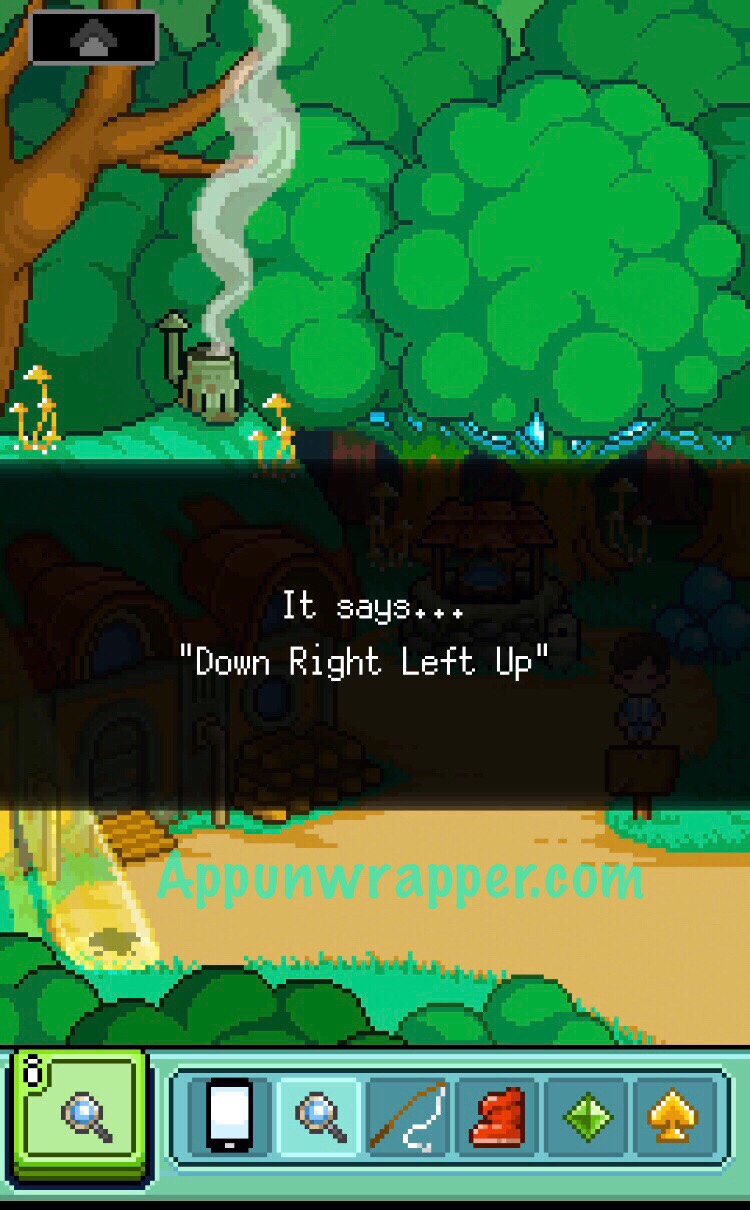 27. Head right and place the spade-shaped gem in the second statue and the diamond gem in the third statue. Now, arrange them in the order you saw written on the sign — DOWN, RIGHT, LEFT, UP. Open the chest and take the crank. 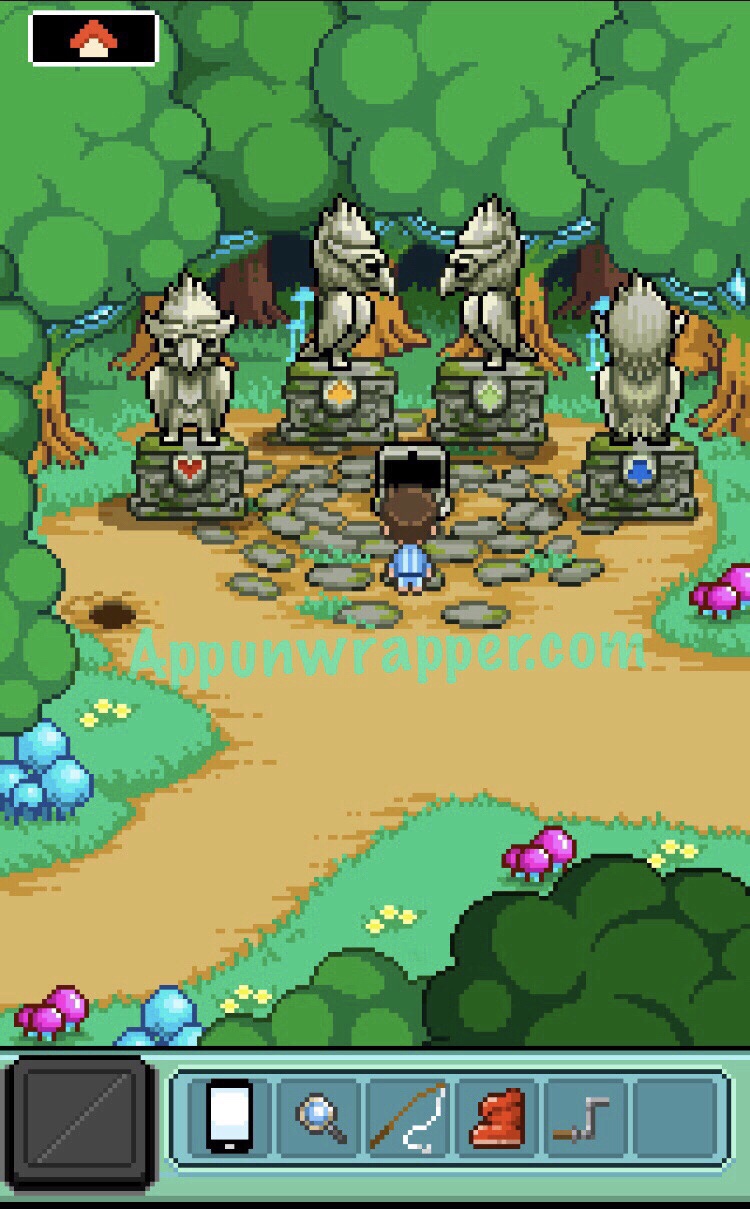 28. Go left and insert the crank into the hole by the well. Go down the stairs inside the well.

29. Pick up the lantern. Then, pick up a box and place it down in the water. Do the same with the other two to make a bridge to the other side and cross over.

30. The puzzle here asks you to count the purple plants and blue plants. So go back up the well and check each scene for those plants. Count them to get five of each. While you’re up there, go inside the house and light the lantern on the stove.

31. Go back to the well and press each of the two buttons 5 times to light up 5 lights on each side. Then, press the big key. Now the door to the right is unlocked! 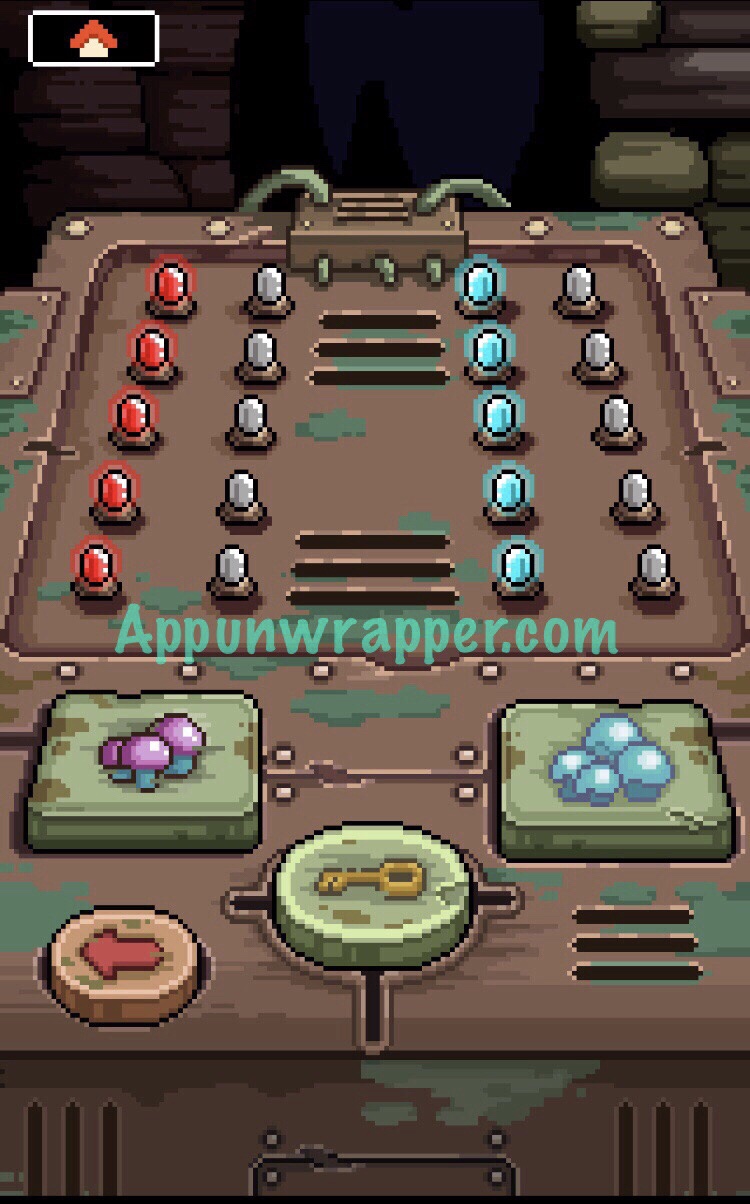 33. Now, if you go and use the axe to kill BirdHead in his sleep, everything will turn bloody red. You can then go to the pond and watch the ending. This is the BAD ENDING. You can watch it if you want or don’t kill him and instead skip to step 33. Otherwise, if you talk to the cat in the next room, it offers to rewind time for you to right before you killed BirdHead.

34. Instead of killing BirdHead, combine the phone with the axe. It will tell you to kill BirdHead. Ignore it and keep using the axe with the phone until it breaks. You’ll wake up in your bedroom next to your brother. Try to walk out the door and he’ll wake up. Watch the GOOD ENDING! 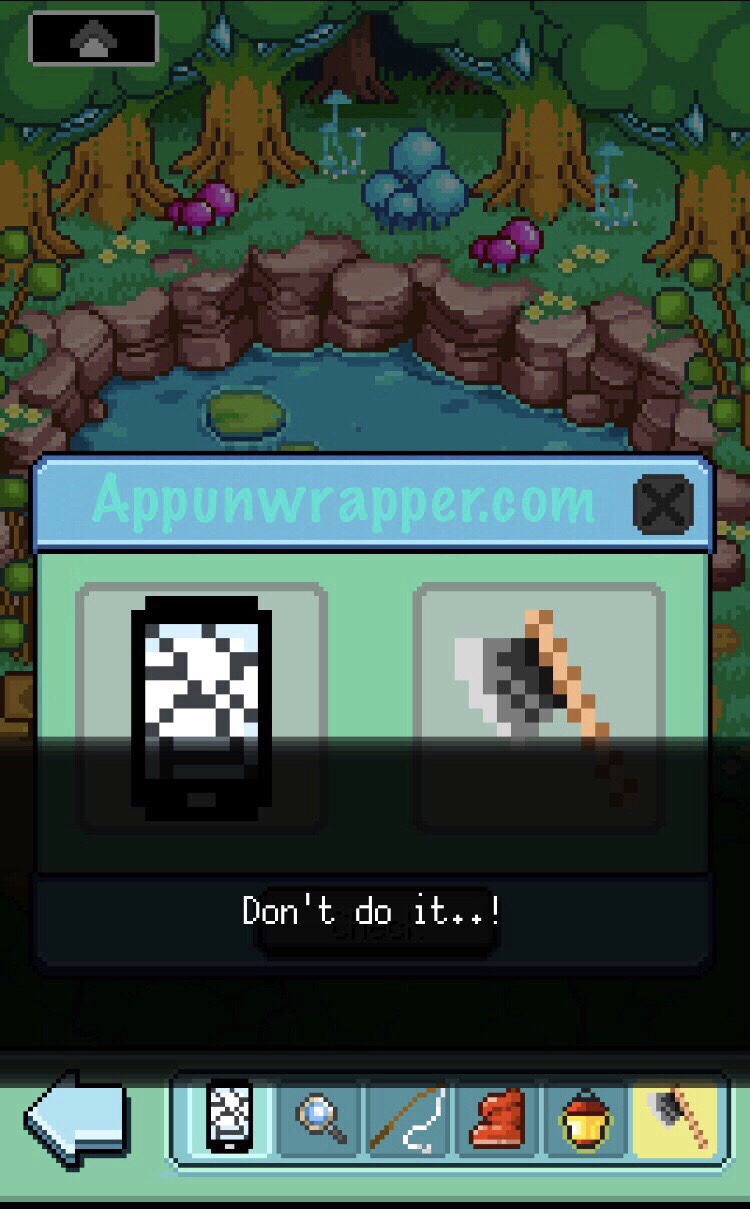